An interview with Romain Jacquet-Lagrèze

Tell us about your background, were you always a photographer?

I arrived in Hong Kong in 2009. At that time I was not so much of a photographer. My creativity was mostly driven by drawing and graphic design. However, after living in the middle of this city my view on photography evolved. The streets here are so dense, the atmosphere is so thick and vibrant at the same time. This place has so much things to tell that recording it through a camera felt like an urge to me.

You’ve been living, shooting and exhibiting in Hong Kong for a while now, can you tell us more about the city photography-wise? How’s the creative scene there?

Hong Kong is a city where the medium of photograph as an art is rather new. For a long time, there was no museum dedicated to photography until the opening of F22 photographic museum a few years ago. But fortunately the art scene is very alive, with an organic increase of the number of art galleries in different districts. Only a very few of them are focusing their program on photography. I am working with Blue Lotus gallery  since the beginning of my exhibiting time and it is a pleasure to be next to photographers like Fan Ho, Michael Wolf and Marcel Heijnen.

And given the comparatively small size of Hong Kong compared to other cities in the region, I feel it is a big chance that there is the book publisher Asia one www.asiaonebooks.com specialised in coffee table book of photography. I am working with them since 2012 and I am always happy to discover their latest books.

Your image ‘The Blue Moment #19’, is part of the winning selection of our “Urban Life” theme and obviously – looking at your shots of Hong Kong cityscapes – this theme is perfect for you. What do you find so moving about urban life and what is particularly photogenic about Hong Kong in that regard?

For me, the beauty of the city is in its raw and chaotic character. You can feel that Hong Kong has grown organically and extremely fast, which has led to some remarkable contrast between old and modern architecture. The topography of Hong Kong is also special. It’s a piece of land made up of many highlands and mountains. The landscape this city was built on forces it to develop itself within a small confined area. You can see an extremely dense pack of buildings lying in between the water and green mountains covered by greenery. I like the contrast between architecture, between city and nature. That’s what inspires me the most.

“Everyday at dusk you see daylight fading and street lights lighting up, until the moment when it is perfectly balanced” 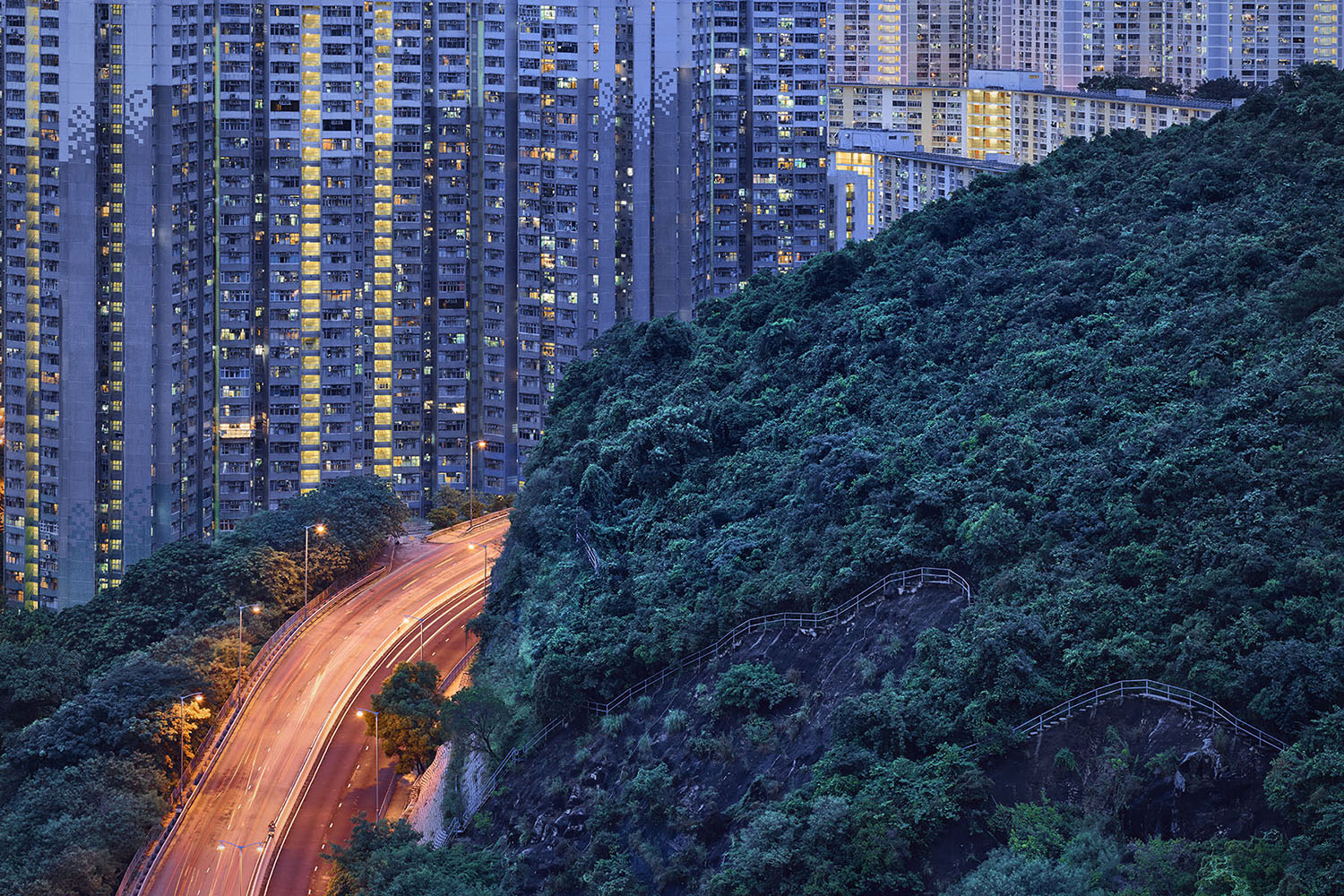 This image is part of a larger series (The Blue Moment) where you explore the mystical and resultant blue atmosphere during dusk in Hong Kong. Can you tell us more about this moment?

The blue hour has a really magical atmosphere for me. Indeed, everyday at dusk you see daylight fading and street lights lighting up, until the moment when it is perfectly balanced. But the blue veil that envelops the city doesn’t appear every day. It’s actually quite rare in a city like Hong Kong, where the air is either too polluted or too misty to let the magic happen. You need some specific weather conditions for it. This kind of rarity makes the moment truly special. For this project, the most time-consuming part was not the actual shooting, but the scouting. Most of the photos were taken from residential buildings, so I needed time to get access and explore them. It took me roughly ten months of scouting and two months of shooting to finish this project.

Just as good shot generally relies on the ‘right moment’  it is also often about finding the right spot, isn’t it? Tell us a bit about your process – how you approach a new place, the research that goes in, and so on.

Indeed, the right moment is not enough, you need also to be positioned at the right spot when that moment arrive.

In order to make it possible, I always scout my spots days or even months before the actual shooting. For the series The Blue Moment for example, the number of days when I can capture the blue the most intensely is maybe just 15-20 a year. So I would make use of all the less good weather days by scouting and discovering potential good spots. 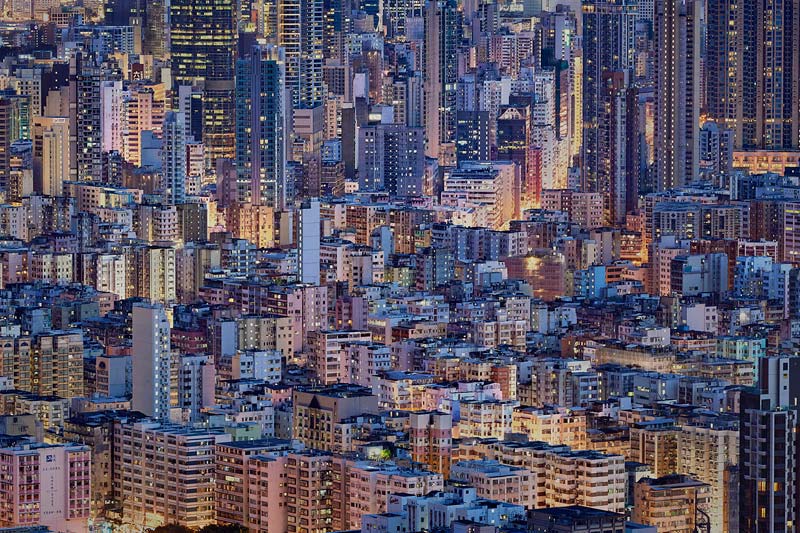 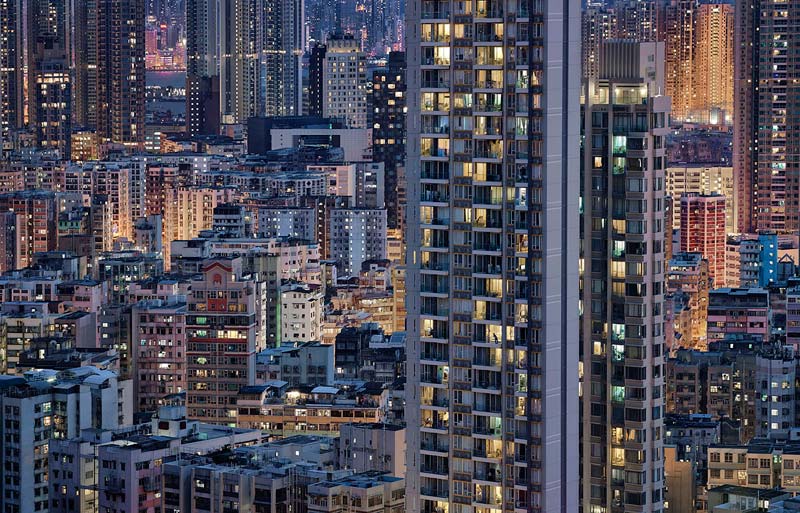 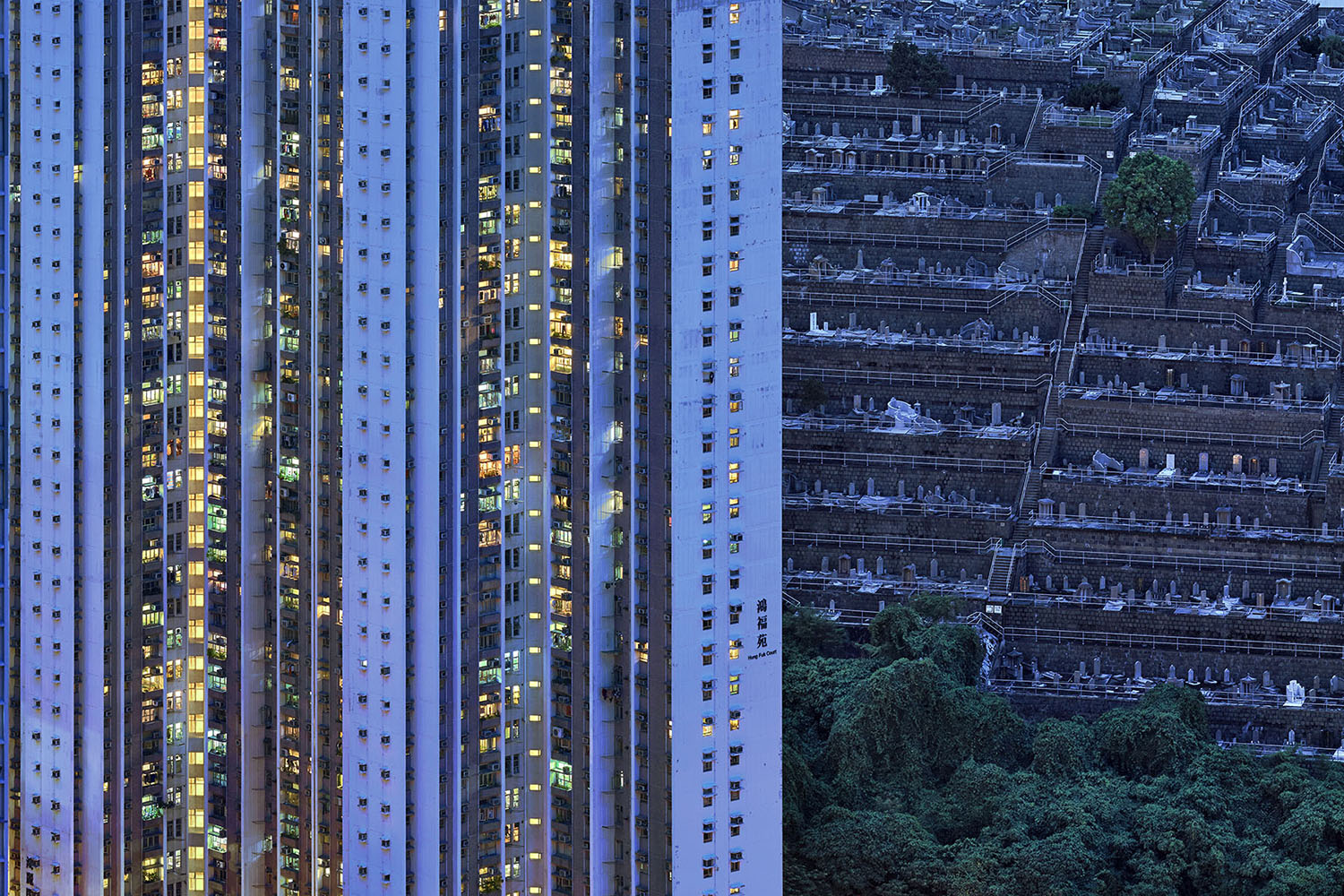 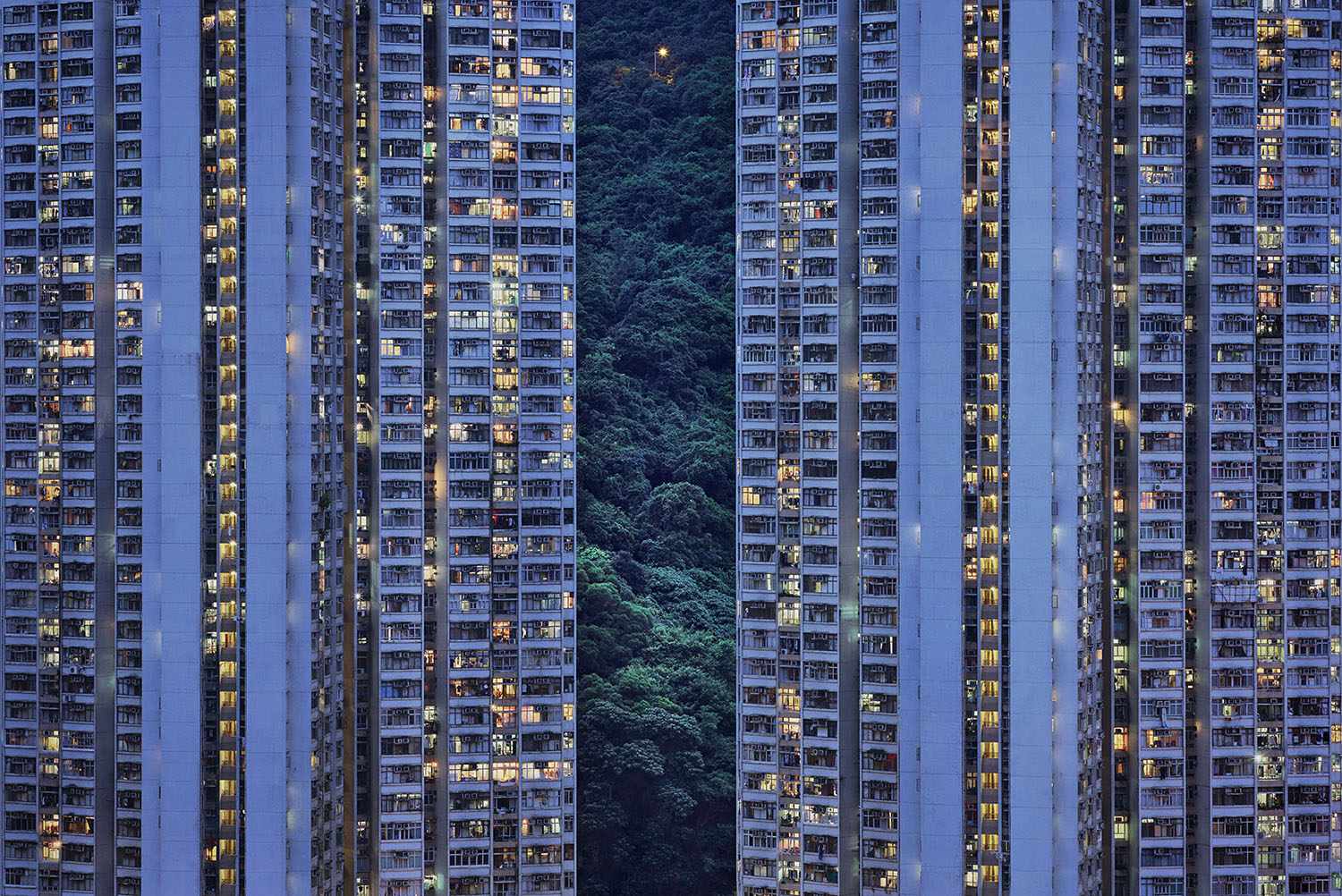 In your other commissions/series, you’ve shot HK’s various faces: iconic neon signs (HK Neon Signs) which accumulates on building facades, the last traces of florishing nature in the city jungle (Wild Concrete) and the remaining old traditional shops (The Old Shops).The city appears two-sided: both serene and turbulent, wild and sophisticated, decrepit and fresh-faced. Is this a duality you want to emphasize?

Yes, this duality is what fascinates me the most. The city is so dense and look so brutally packed. But at the same time the mountains covered of wild jungles is always close. This proximity of intense jungle and dense city is what I like to put my focus on. Thinking about Hong Kong, as place only filled with concrete is quite misleading. Actually, 70% of the territory are mountains and jungle. And you could be in the middle of the most densely lived district on earth, you would still be just 30 mins away from the wild. It is important to understand this duality to apprehend the city I believe.

In your own words, “in an environment where everything is changing so fast like in Hong Kong, it is hard to determine what is identity”. Those old traditional shops seem to be fading away from the cityscape. Are they only remains of the past in an ever-evolving city? Do you think that in such booming cities, street life will progressively lose its identity?

You can see this evolution happening quite fast in the city. The central and popular districts slightly become more and more posh, and all the traditional street life disappears.

Small low-rise building sheltering all the traditional shops and restaurant would be pulled-down and replaced by giant condo buildings, which only features chain restaurants or shops at their bottom.

There are a very few cases where old buildings an markets would be protected. But I believe their should be more effort done on this aspect. Otherwise the city might lose its soul. The city is already almost cleared of its once iconic neon signs. Losing the traditional shops and street hawker or markets would be a final hit to Hong Kong street life.