Our jury is comprised of world-class photographers, curators, agency directors and editors. They select a shortlist and winning photographers, as well as providing feedback. 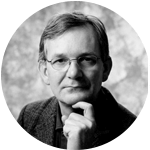 Magnum Photos member and past president Martin Parr is widely celebrated for his satirical view on modern life, photographing subjects such as mass tourism and global consumerism. Read more

An avid photobook collector himself, he has published over 120 books and has held hundreds of exhibitions around the world, including at the Barbican Arts Centre and National Portrait Gallery in London.
He has won a raft of awards including the Sony World Photography Outstanding Contribution to Photography and the Royal Photographic Society’s Centenary Medal. He was awarded a CBE in the Queen’s birthday honours in 2021, is Manchester Metropolitan University’s Honorary Doctor of Arts, has acted as artistic director for the New York Photo Festival and Les Rencontres d’Arles, and in 2017 opened the Martin Parr Foundation in his hometown of Bristol, UK. Rebecca Morse is Curator in the Wallis Annenberg Photography Department at the Los Angeles County Museum of Art (LACMA), the largest art museum in the western United States. Read more

Her recent, critically acclaimed shows span a range of photography genres and include Objects of Desire: Photography and the Language of Advertising, Barbara Kruger: Thinking of You I Mean Me I Mean You, and Thomas Joshua Cooper: The World’s Edge.
She previously held the position of Associate Curator at The Museum of Contemporary Art, Los Angeles and prior to that worked as a commercial photographer and in professional dark rooms. Having also studied the History of Photography and written extensively about photography’s changing role in contemporary art, she brings a valuable and multi-faceted perspective to the world of contemporary photography. 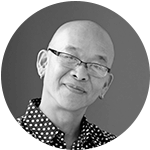 Having grown up near the demilitarized zone in Vietnam and relocated to the US as a refugee, Pipo Nguyen-Duy’s poignant photography explores themes of identity, cultural uncertainty and home. Read more

From a diverse journey that has seen him compete internationally in table tennis, practice as a Buddhist monk in India, study economics and manage night clubs in New York, he brings an immense level of research, creativ