We’re delighted to present the results of Life Framer edition II’s tenth theme! For this theme – CIVILISATION – we asked you to explore the lived-in world – people, cultures, societies. It was an invitation to show us the insights of this world from your own perspective, and was judged by the inimitable Simon Roberts.

Simon Roberts is a British photographic artist whose work deals with our relationship with landscape and notions of identity and belonging. He is a member of the European photographic collective POC. He has published three critically acclaimed monographs, notably We English – voted as one of the best photography books of the past decade by Martin Parr. He said of the selection – “I’ve been impressed by the strength of the submissions for this month’s theme, and particularly with those photographers who have chosen to critique the idea of civilisation in the 21st century, taking a more sardonic look at our so called developed society”.

You can discover the winning images below and join the discussion on Facebook and Twitter. Congratulations to all the talented photographers featured and thank you all for your support.

“Civilisation isn’t a thing that you build and then there it is, you have it forever. It needs to be built constantly, recreated daily…”. Here we freeze it, just for a moment…

All images © the photographer. 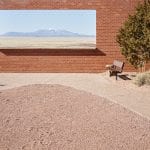 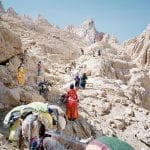 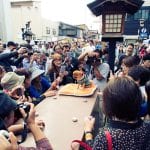 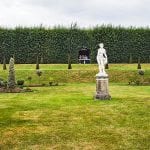 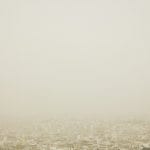 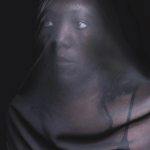 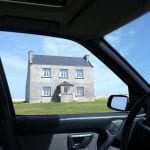 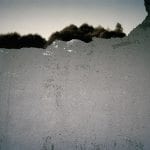 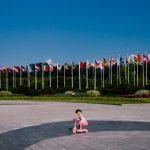 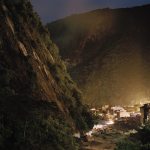 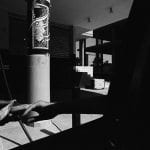 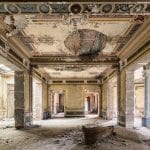 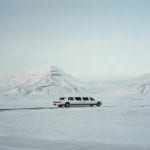 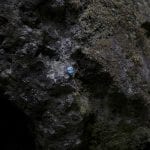 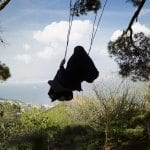 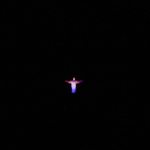 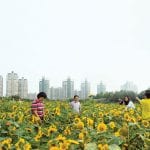 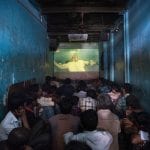 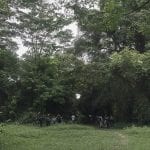 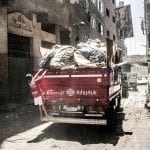 “My favourite photograph is a deceptive one. At first glance it appears to be a straight-forward, two dimensional landscape. However, the harder one looks, the more one realises it’s in fact a complex image. We are presented with a manmade urban space, one which has been landscaped to be a place of rest: illustrated by the park bench and the sparse vegetation trying to soften this otherwise banal place. It is a clever composition with its use of geometry and the rendering of the ‘window’ on to the mountainous landscape behind as a flat surface, thereby confusing the viewer as to distance. The photographer also employs subtle tropes, which play on ideas of the advertising industry (the window could in fact be a billboard) and the significance of the American West landscape in popular culture (I’m making an educated guess that this is, in fact, America). To my mind the photograph explores the following paradox: that whilst we attempt to develop and occupy seemingly uninhabitable environments we also yearn for the un-spoilt, and sublime natural landscape.” – Simon Roberts

“One of the things I’m drawn to by a photograph is an open narrative; an image that asks more questions than it does provide answers. Here we have a perfect example. There’s something almost biblical about this landscape, with the movement of figures through the harsh, barren and rocky terrain. An exodus? Perhaps it’s documenting refugees fleeing persecution, or villagers going to collect water, or a group of people heading to the market in a neighbouring town, or perhaps just a family on an afternoon stroll? Or is the photographer using it as a metaphor for the end of civilisation? I like the fact that the use of the harsh sun, which bleaches the image, while the vibrant clothing worn by the various figures peppered through the landscape ping out against the bright white rocks. Moreover, the donkey walking into the foreground of the frame helps provide the viewer with a pathway into the heart of the image. There is much to ponder when looking at this photograph.” – Simon Roberts

“My final award goes to this photograph documenting a bizarre scene where a crowd huddle around what looks like a Chihuahua dog dressed up as a dragon; most filming the animal on their mobile phones (presumably to instantaneously share on social media for friends to ‘like’). The scene is equally humorous as it is depressing. Rather than be drawn into the crowd, the photographer has taken a step back, seeing the wider context as a more interesting social comment.” – Simon Roberts

Constructive comments are provided so that photographers who submitted their work can learn to curate their best work and so we can all discover a bit more about photography. This month’s valuable feedback is provided by our guest critic Rachel Segal Hamilton: a freelance writer for VICE, the British Journal of Photography, Photomonitor and RPS Journal.
View feedback

(private area only visible by entrants and Life Framer’s members)

Photographers retain full and exclusive rights to their submitted work. Entries are judged anonymously so that execution, originality and overall impact shine through.
SUBMIT YOUR WORK
This site uses cookies to provide you with a greater user experience. By using Life Framer, you accept our privacy policy. OKNo