After working in a project supporting African refugees in Germany, I travelled to Senegal in 2019, in order to understand a little better why so many young people dare to make the life-threatening journey to Europe. I visited Saint-Louis in northwest Senegal, the former capital of West Africa, which is exposed to increased threats due to its location on the coast and in close proximity to the Senegal River.
This gallery mainly shows photos of the district „Guet N’Dar“, the so-called Fishermen's Island, an offshore headland that is one of the most densely populated regions in the world. Almost everyone here lives from fishing. But the existence of these fishermen, who live with their families in self-built corrugated iron huts close to the sea, is threatened for various reasons. In ever shorter intervals, the surf waves beat so high that they devastate the houses and push back the sandy beach. In 2003, the sea took an entire village with it. The reasons for the rising tides are the rise in sea level due to climate change, the removal of sand as a building material and the construction of a canal, which was supposed to contain the floods but instead ensured that the opening between the sea and the river has continued to grow to this day. The fishermen have to pass this opening in their self-built boats, but this is often almost impossible due to the extremely strong current. Many do it nevertheless and risk their lives. Another big problem is overfishing: besides the Europeans, it is mainly the Chinese who, with their large fleets, are radically reducing the fish stock, thus driving the Senegalese fishermen into deeper and more dangerous regions. Sometimes they travel for weeks with their simple traditional pirogues. They feel completely abandoned by the government.
With all these thoughts I walked through the narrow streets and along the narrow stretch of beach for several weeks to capture what moved me most. While the many small children are running around laughing and playing, their older brothers and sisters are already busy contributing something to their livelihood. Since the work of fishermen is physically very strenuous and only young men go out fishing, it seems that men over 40 no longer have a regular job. So it does not surprise me that all young people - without exception - have asked me about life in Europe and would rather leave their country today than tomorrow. Not to stay there forever, but to support the extended family financially. 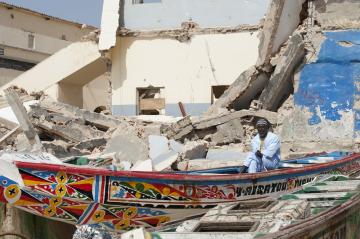 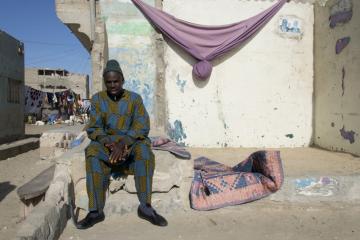 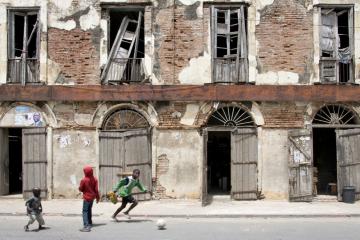 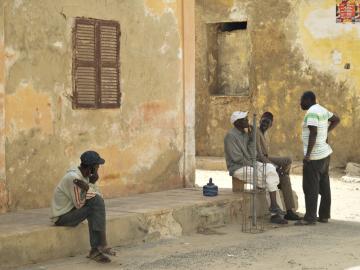