Through the conventions it proscribes and enforces, Media defines identity in both individual and collective contexts, blurring the line between our personal ideals and values and those which are imposed upon us — often subconsciously.

In a world dominated by media and representation, the distinction between the self and the mediated world becomes increasingly fragile, and our value systems become as precarious as the representations upon which they are formed. If the authenticity of the world around us cannot be trusted, then how authentic are the identities we then build through it?

For this project, subjects were asked to select a number of images from popular media that have informed or influenced their self-perception, causing them to question their appearance, lifestyle or identity. ‘A Different Skin’ applies the mechanisms of exposure in a literal manner, projecting these hyper-mediated images of the human body onto the subjects upon which they have influence.

Through this practice, the images expose a schismatic dialogue between an assumed notion of perfection and individual beauty; an investigation into the aesthetics and politics of difference itself, and the power of media to police societal values through the images it propagates. By confronting the perfect world of advertising and marketing with the inevitably imperfect human form, ‘A Different Skin’ asks which is more authentic; the familiar-yet-alienating world that is represented to us every day on billboards, televisions and computer screens, or the physical bodies in which we actually live? 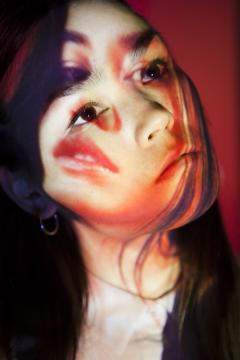 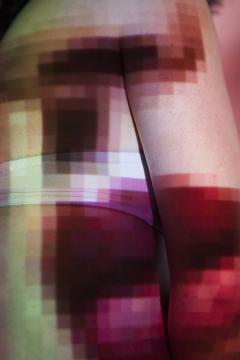 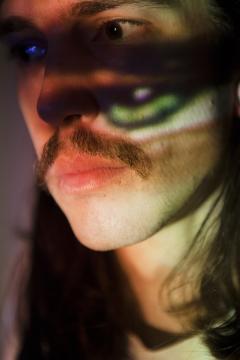 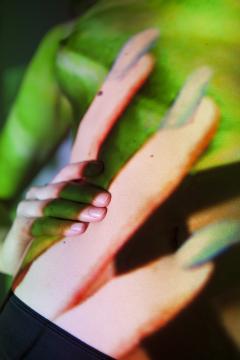 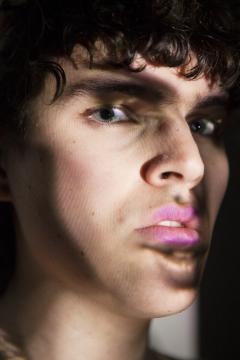 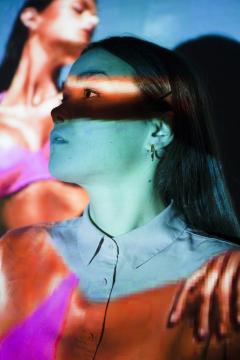 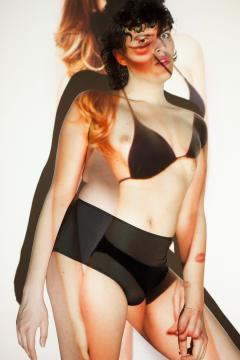 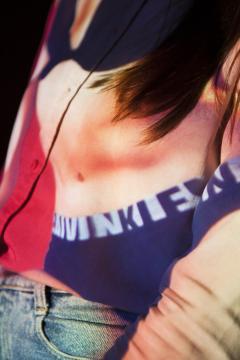 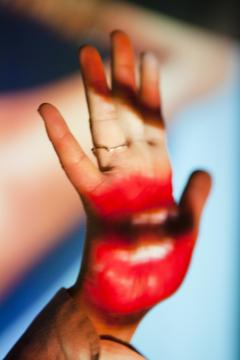 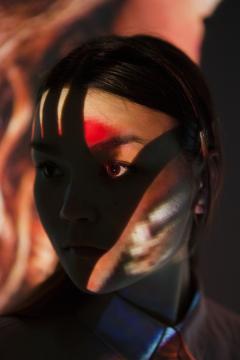 Photographer
Louisa Stickelbruck
FacebookInstagramWebsite
Photography is my attempt to set up mirrors in places where not enough reflection is taking place.