Migrations are a dynamic force of nature spiraling around the globe. They are the continuous ebb and flow of movement encompassing all things on earth: animals, humans, natural elements, pieces of culture (food, musical instruments, and clothing), and even objects (tools and toys). Relocation of displaced people looking for new homes may happen intentionally, instinctively, and sometimes accidentally. Other times, geo-political forces come into play. Long before recorded history, humans have sought out shelter from the elements and found refuge in caves, which became our first homes. Since then, people have searched for and hoped to create better places to dwell and call “home.”

This new series, MIGRATIONS, captures images from my journeys through many lands. Each of these photographs incorporates imported people, animals, or objects, which I have embedded into them, with the concept of migration woven into personal spaces. It echoes patterns of movement in our ever-changing world. Can you find the elements which have digitally migrated from near or far?

4. HOME IS WHERE THE HEARTH IS

7. LIVING UNDER A ROCK IN MOROCCO

Creating colorful, alternative realities, which exist in our collective unconscious, is at the heart of my work. This can be seen in my contemporary mandalas or in this new series of mythic mask transformations. Both evolve from a dream-like melding of my photographs in a creative process I call “digital alchemy.” This begins with selected images I have captured in my travels around the globe. By altering the context and environment they appear in, the objects take flight while creating a sense of wonder. Maybe it’s time to celebrate and welcome in a new reality by putting on a mask and dancing!
-Jon H. Davis

“Behind the mask of ice that people wear, there beats a heart of fire.”
-Paulo Coelho 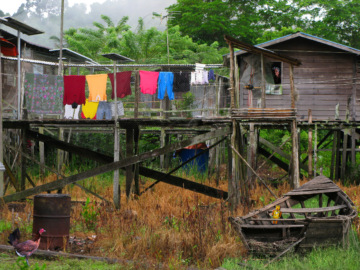