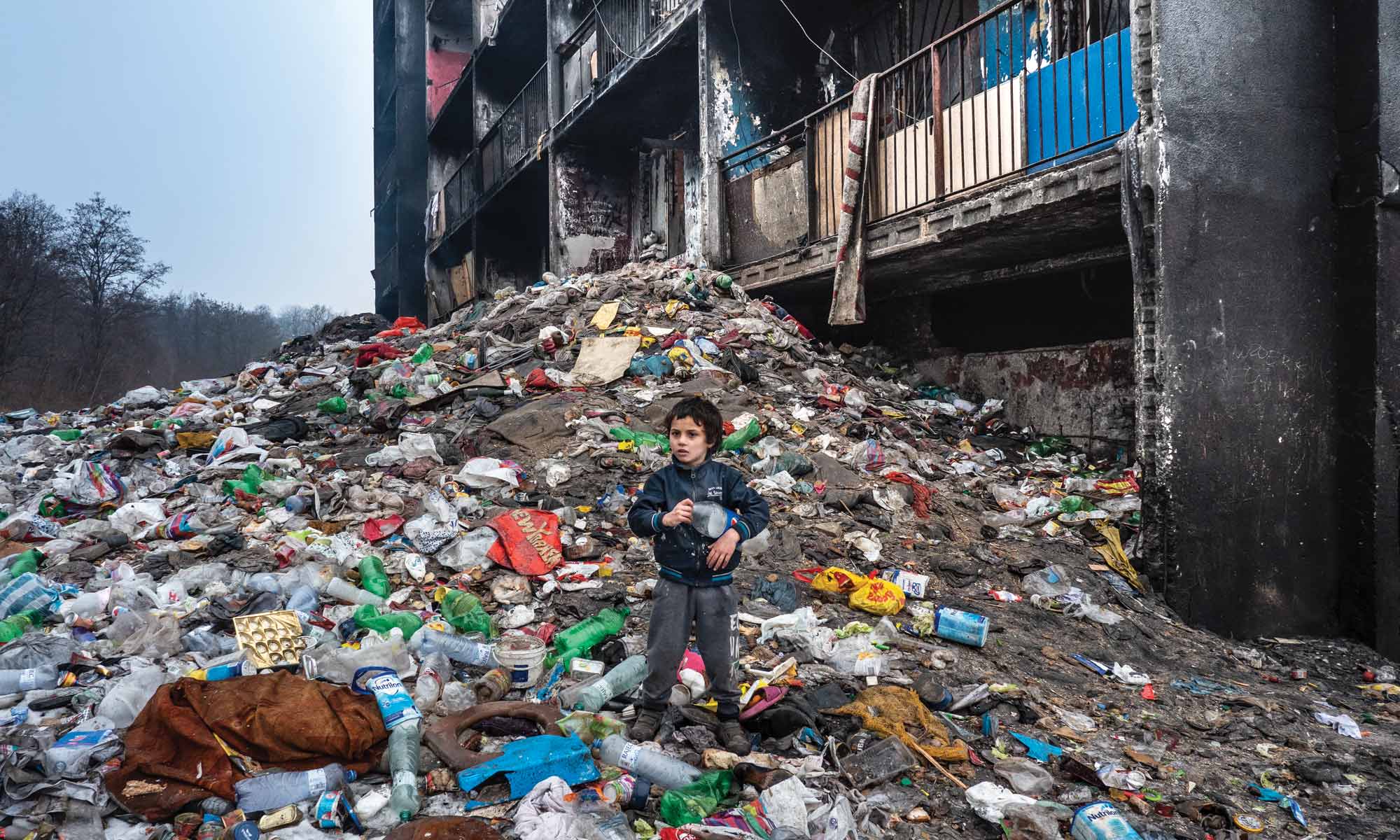 We’re delighted to present the results of our ninth theme of Life Framer Edition V, judged by Co-Founder and Artistic and Editorial Director of Studio Hans Lucas, Wilfrid Estève. Congratulations to the winning photographers and thank you to everyone who submitted.

Images of innocence and experience. Youth is a magical phase – from childhood through to adolescence, we behold a pure virtue and wonder for the world, and then, as our experiences broaden, the drama of our attitudes and personalities shaping us into the adults we will become. Every emotion is felt more keenly through the young – from sorrow, via ennui, through to pure delight. Youth can feel infinite. It is therefore no surprise that it provides a rich vein for photographers to examine the human condition. However it is not just a case of capturing the young – the best work shows us something of the universal, and something of the unexpected: feelings and scenarios we can relate to, alongside those that surprise and challenge us.

This selection of twenty images from twenty talented emerging photographers take us through a variety of themes and approaches, telling a story of youth in the world today – images of innocence and experience. We invite you to absorb them all! 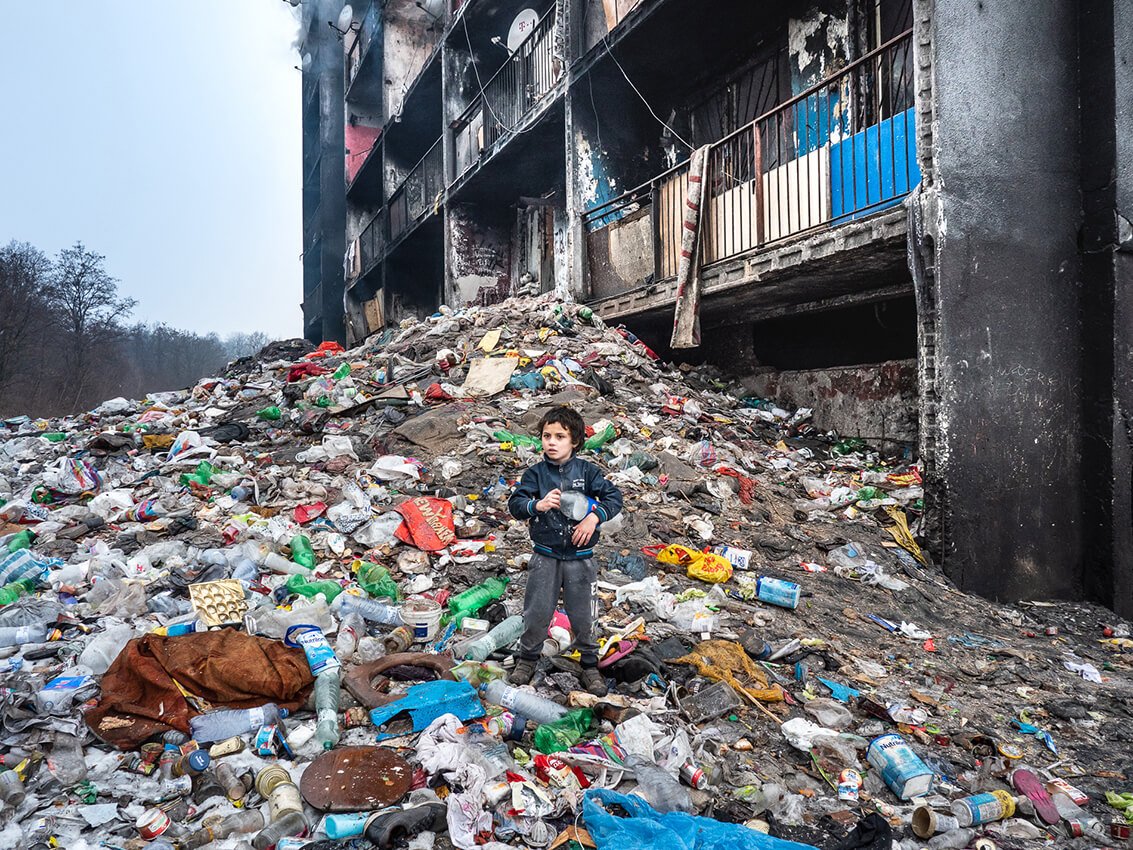 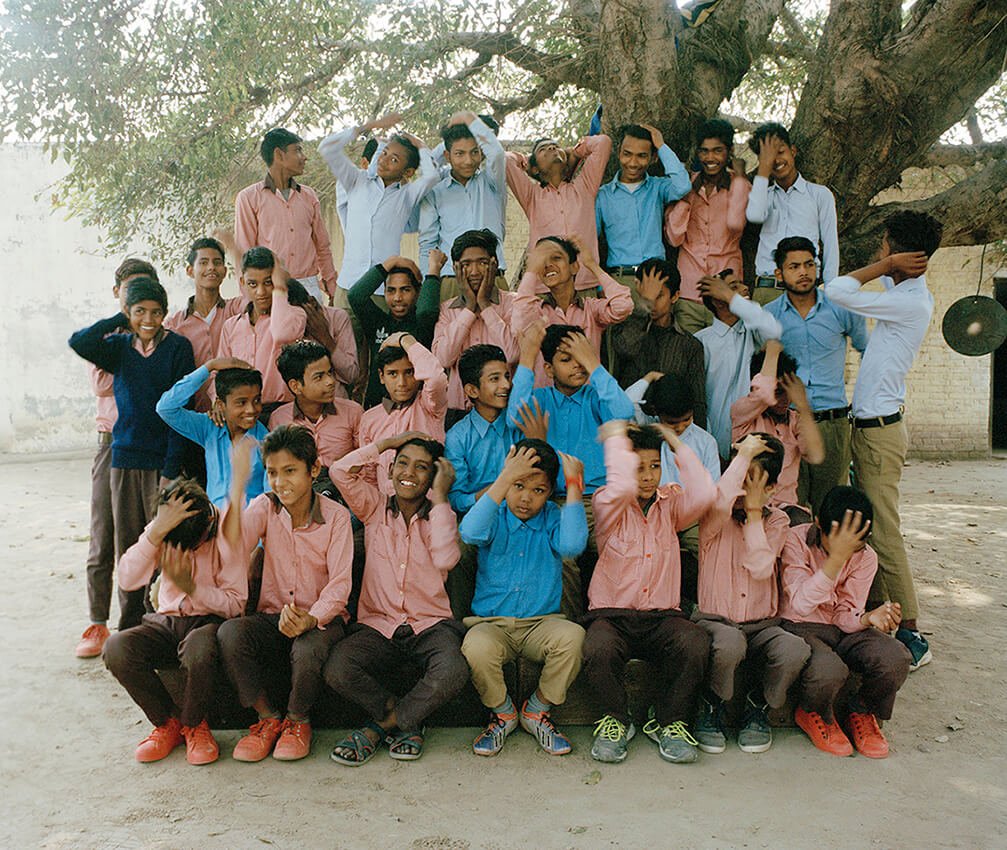 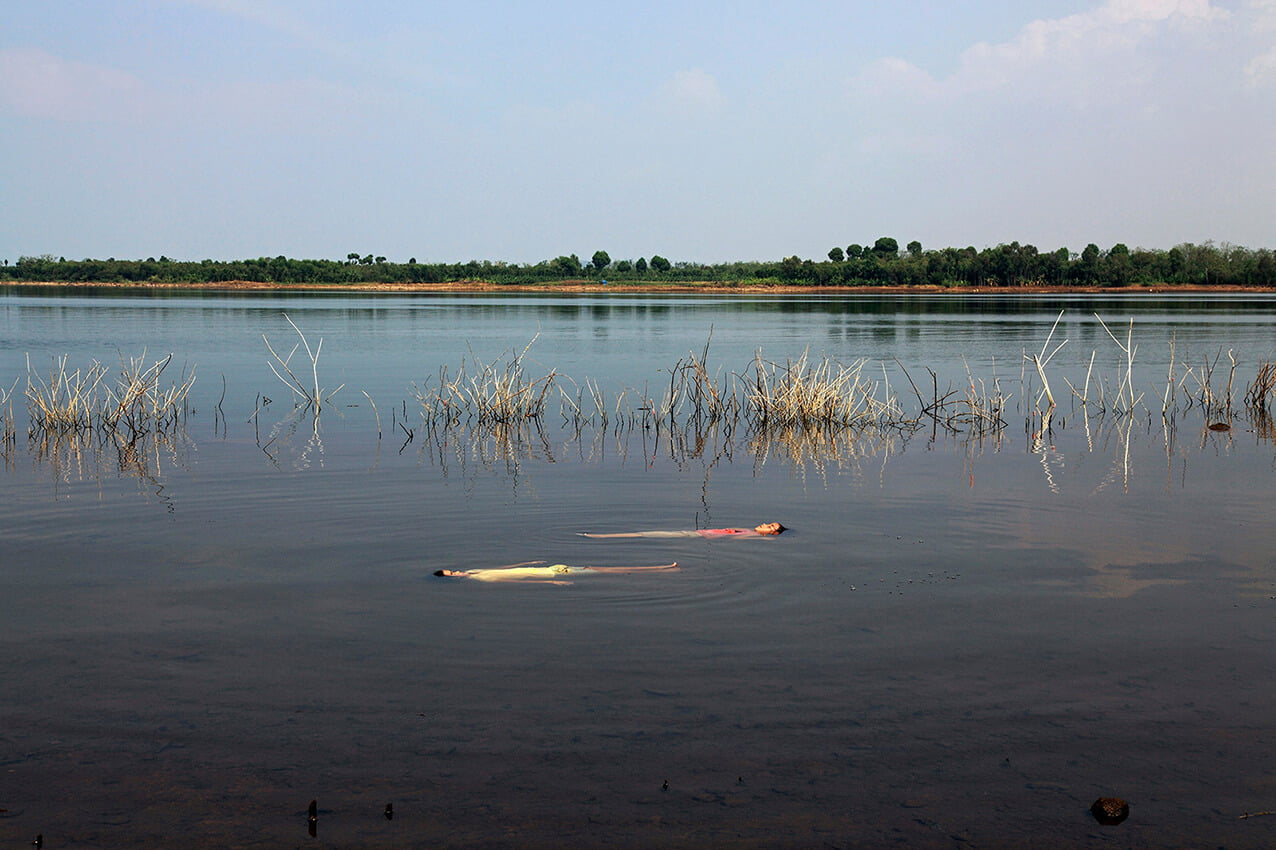 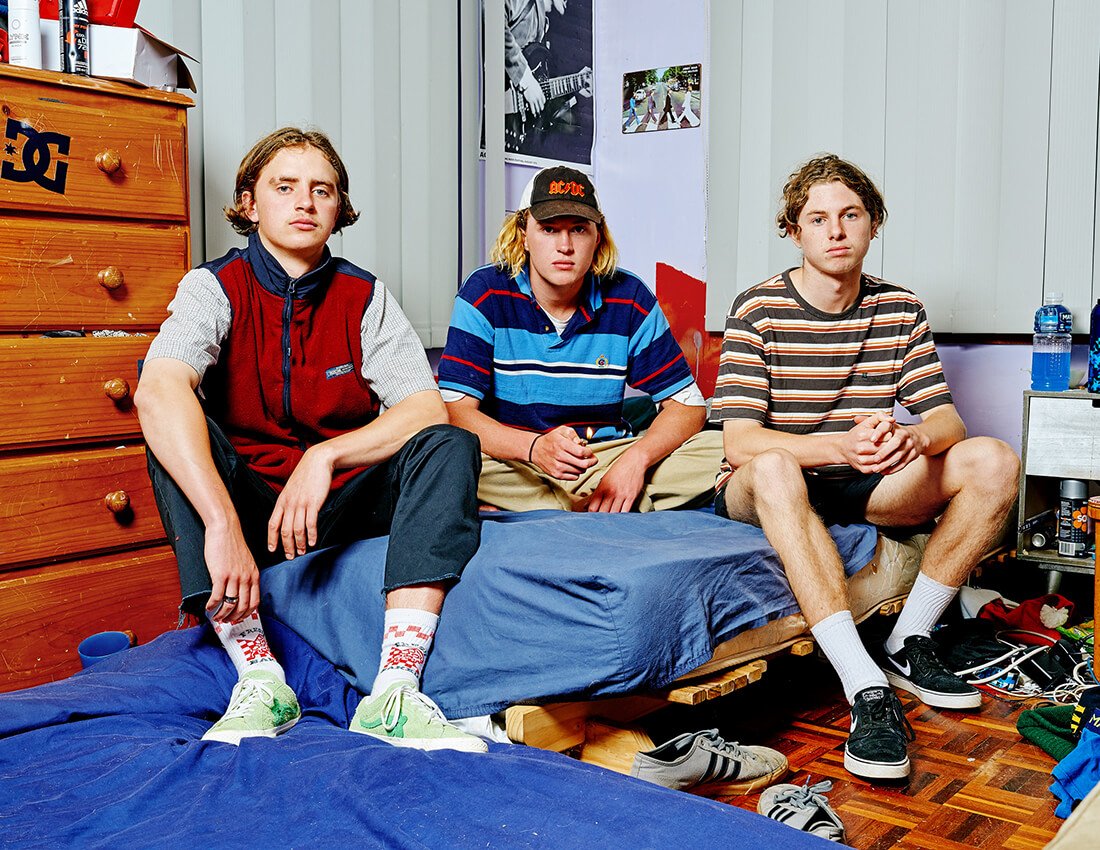 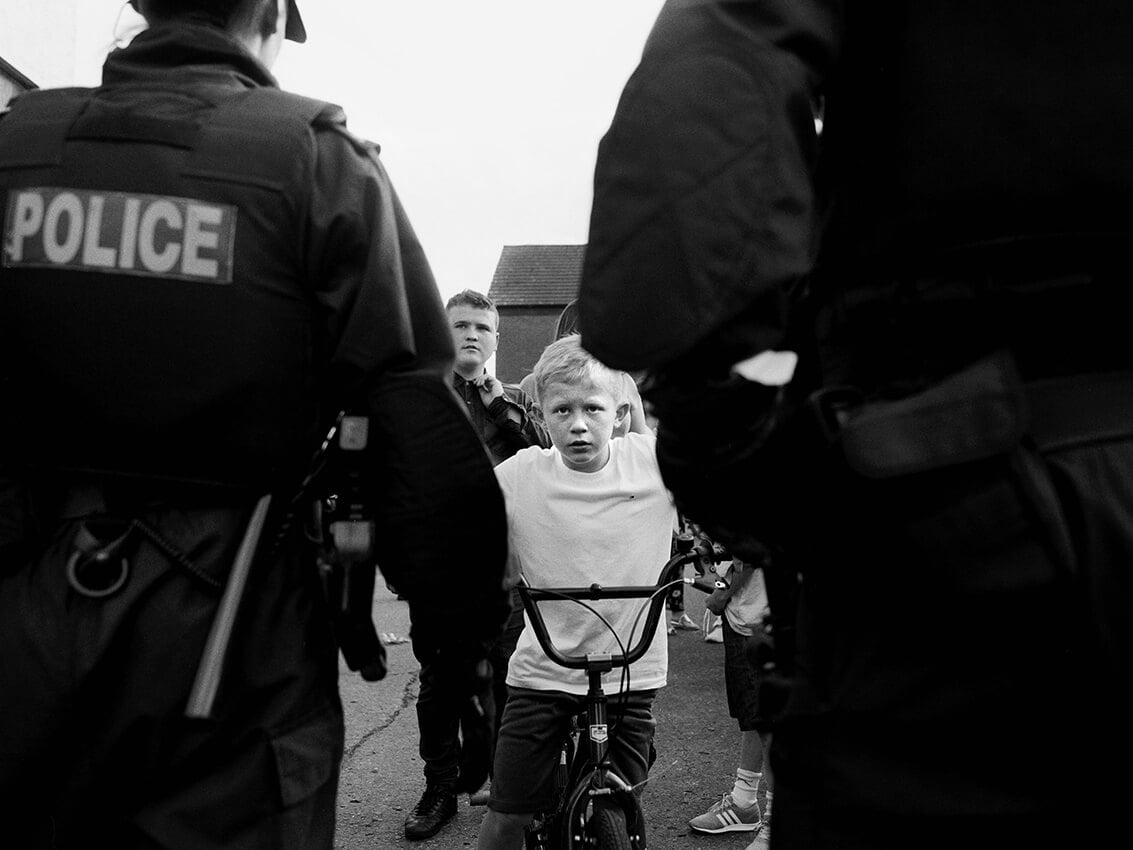 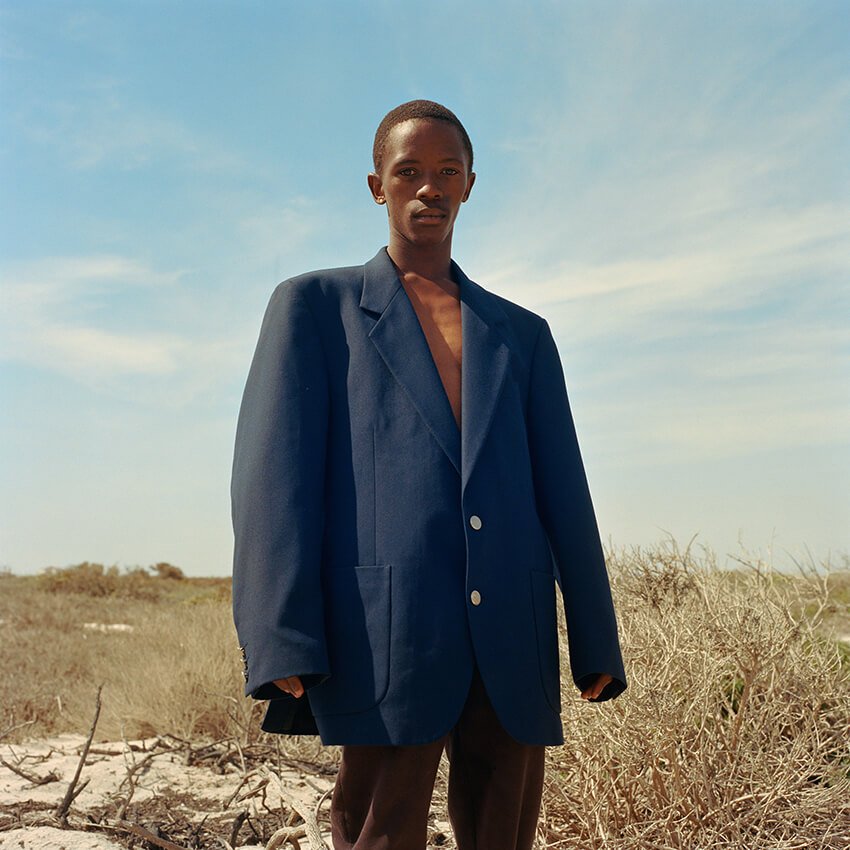 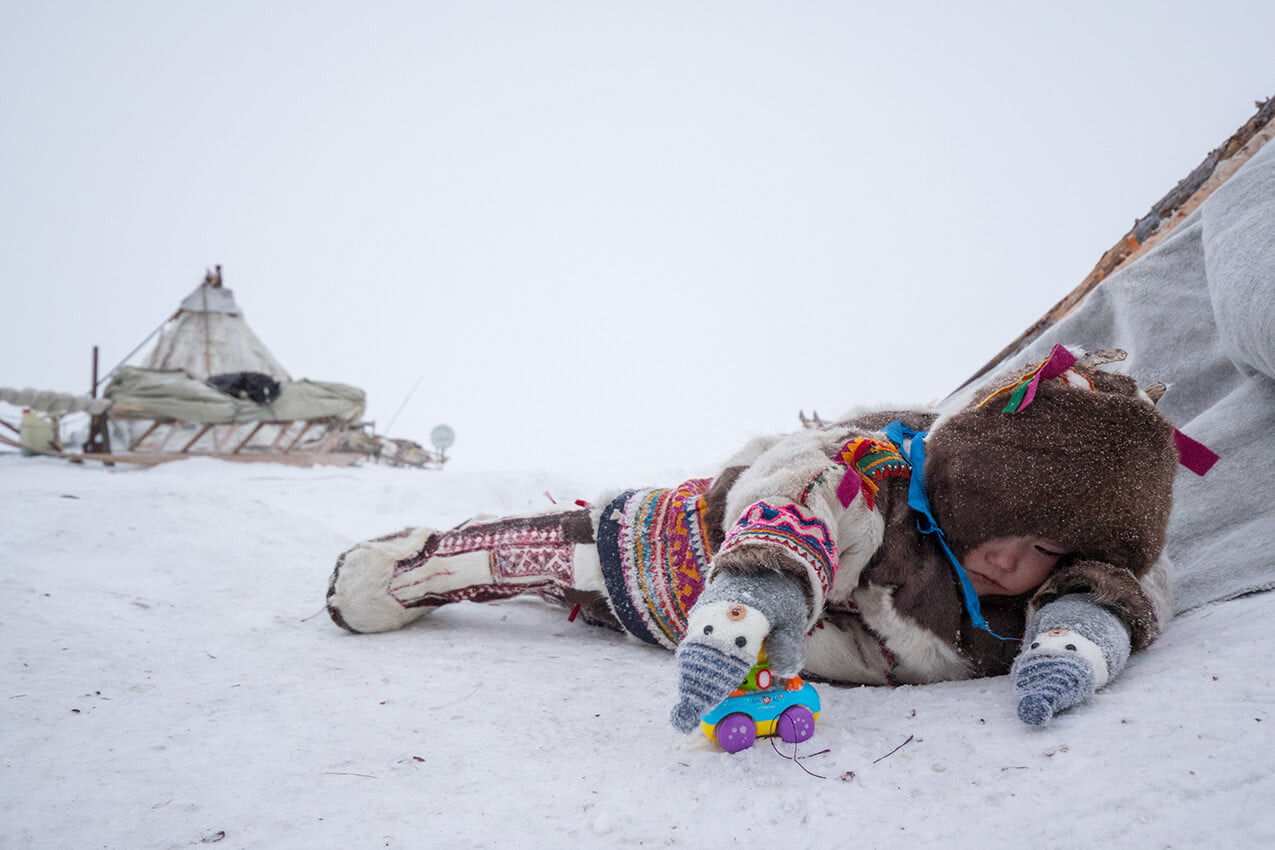 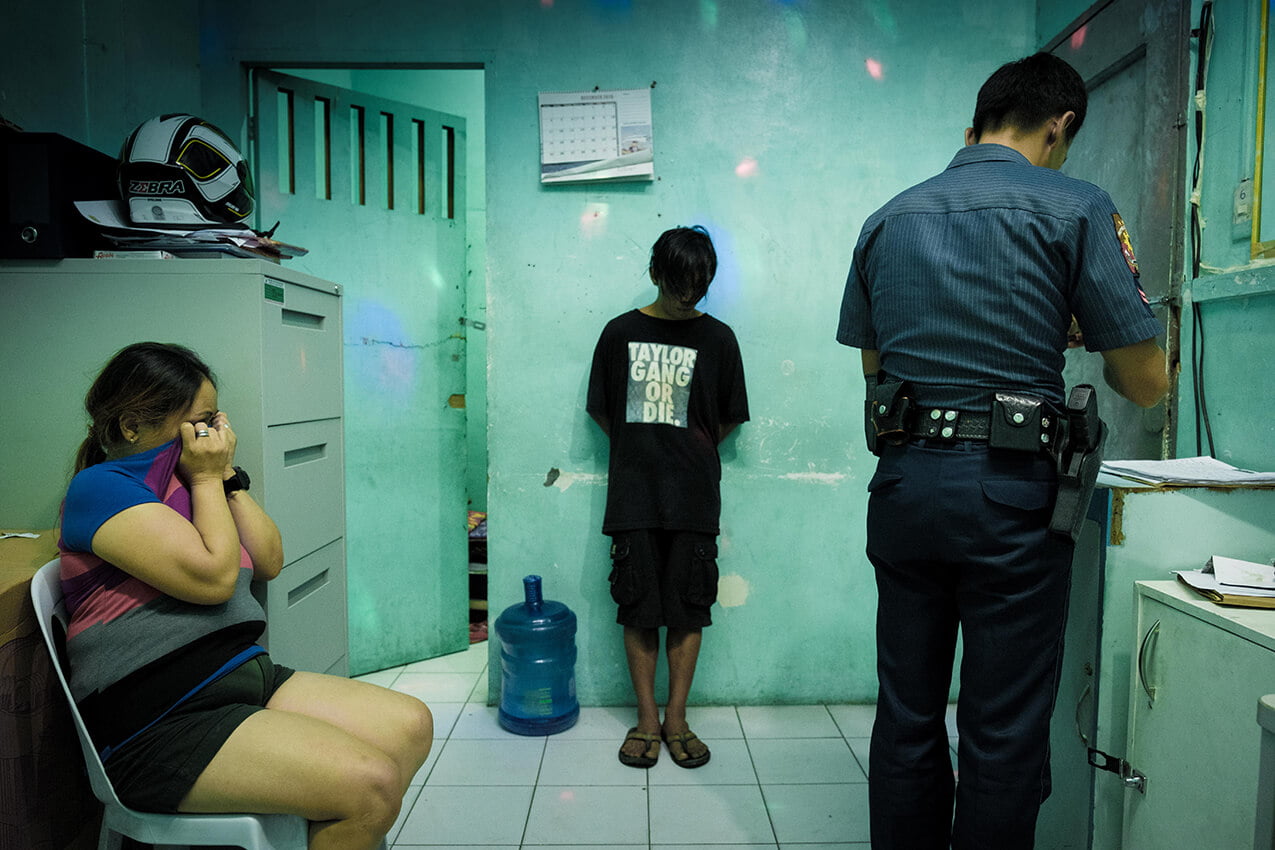 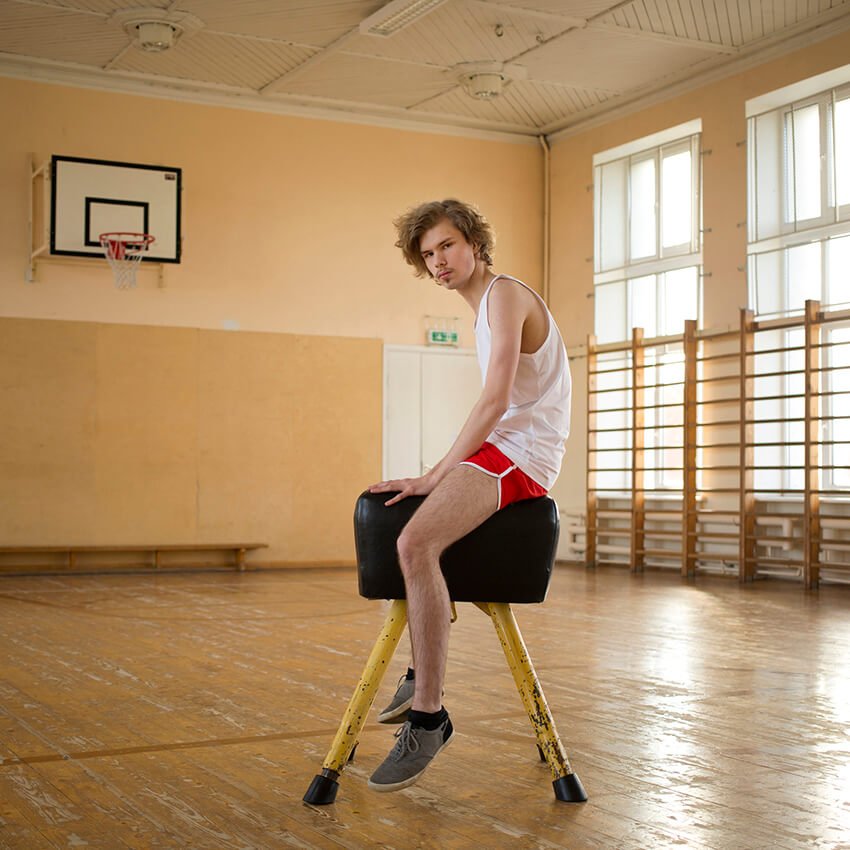 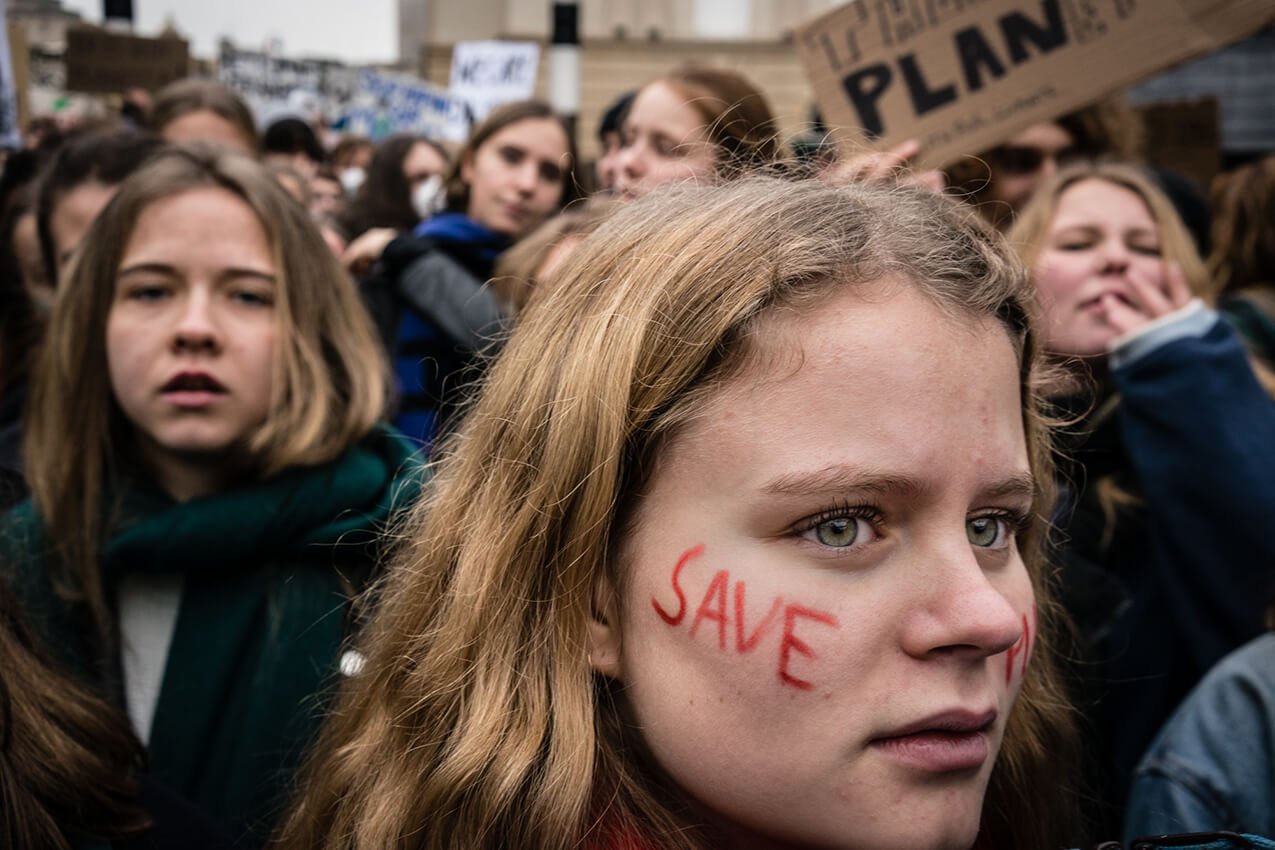 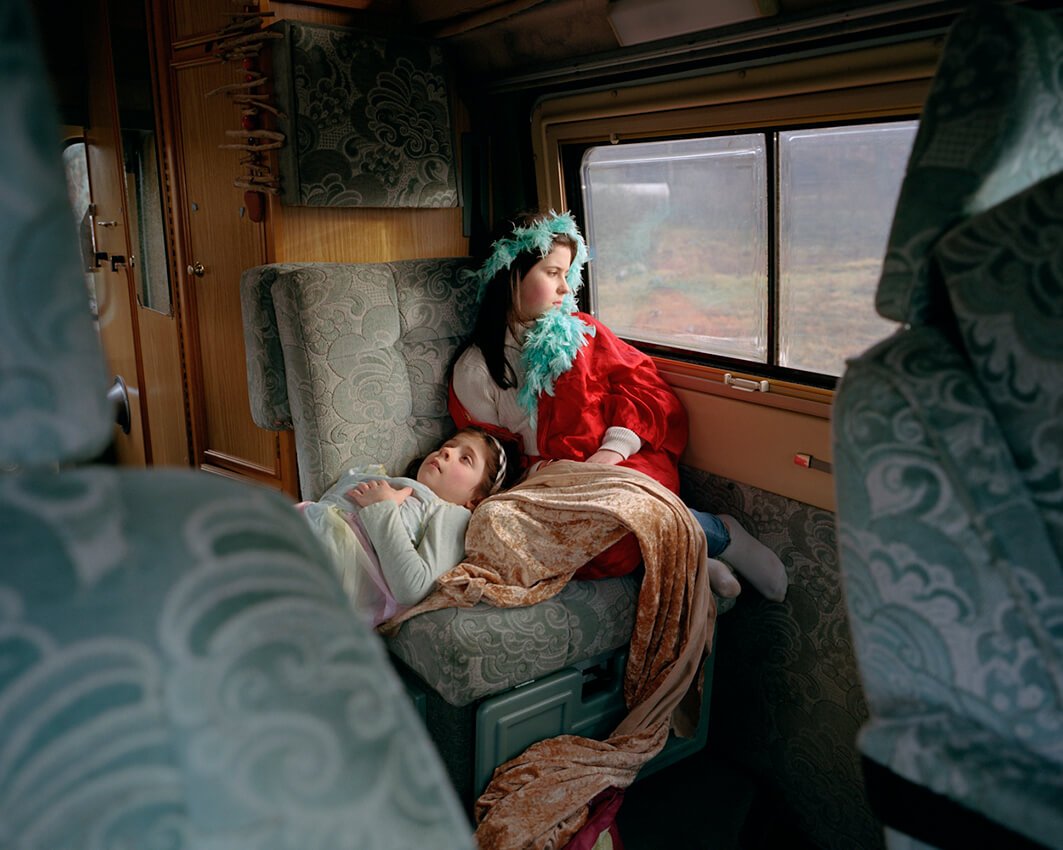 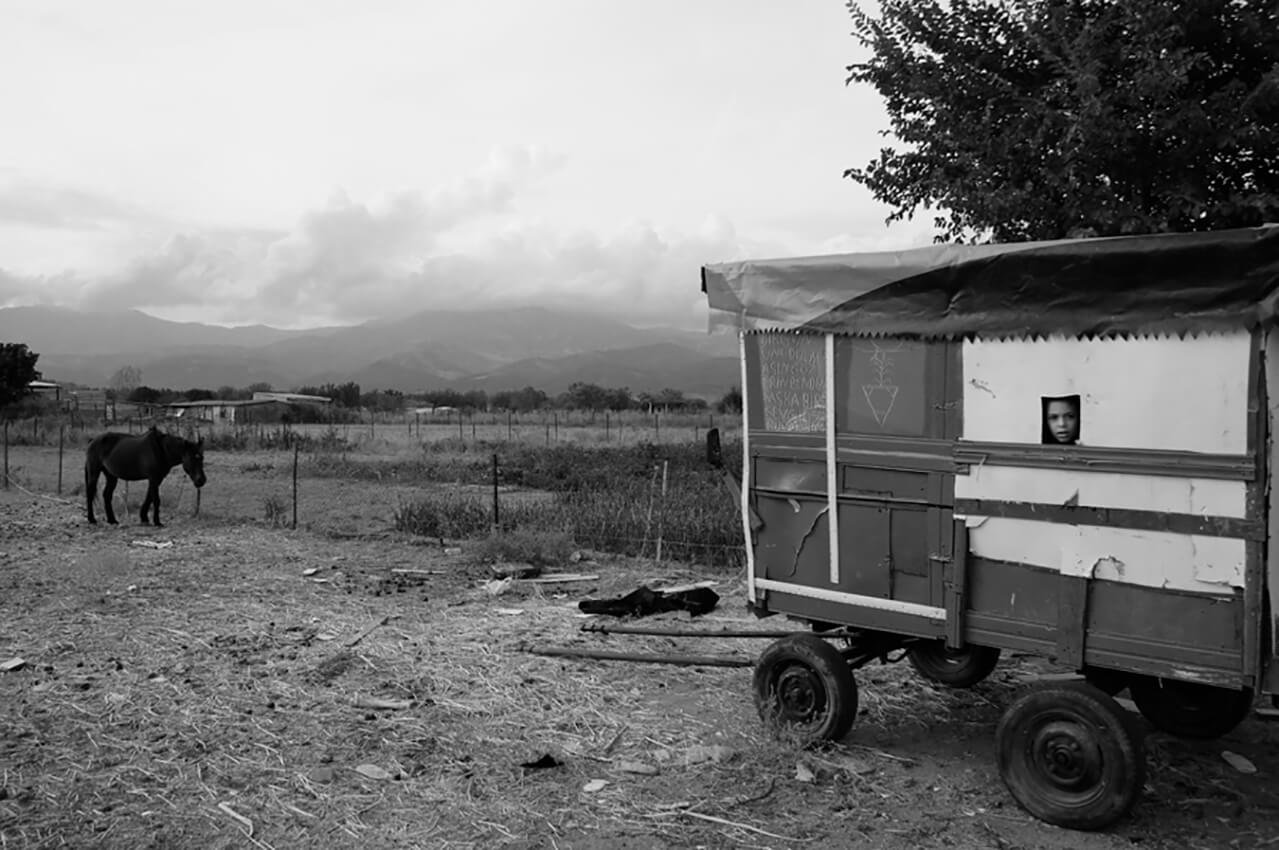 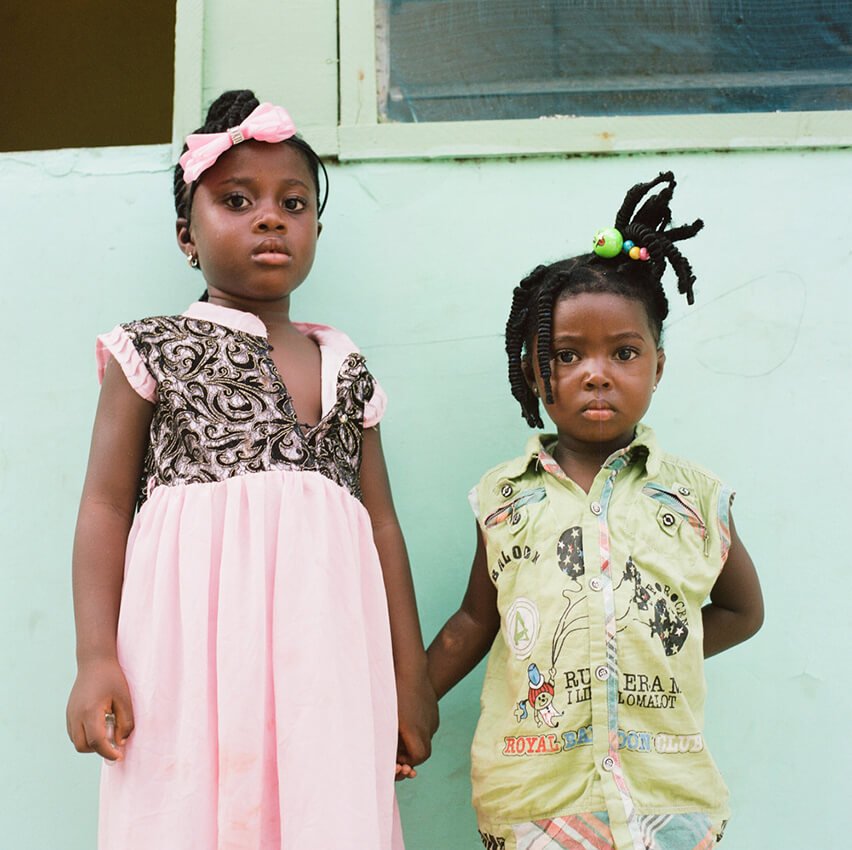 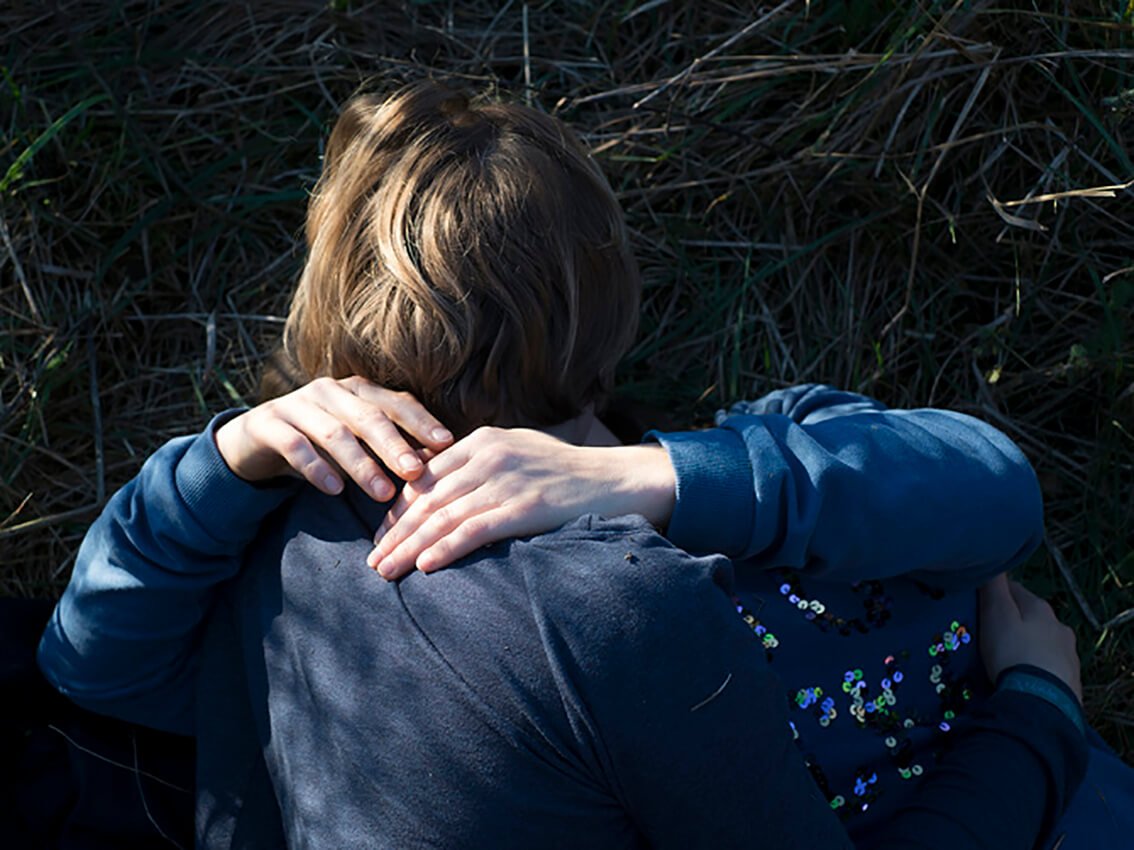 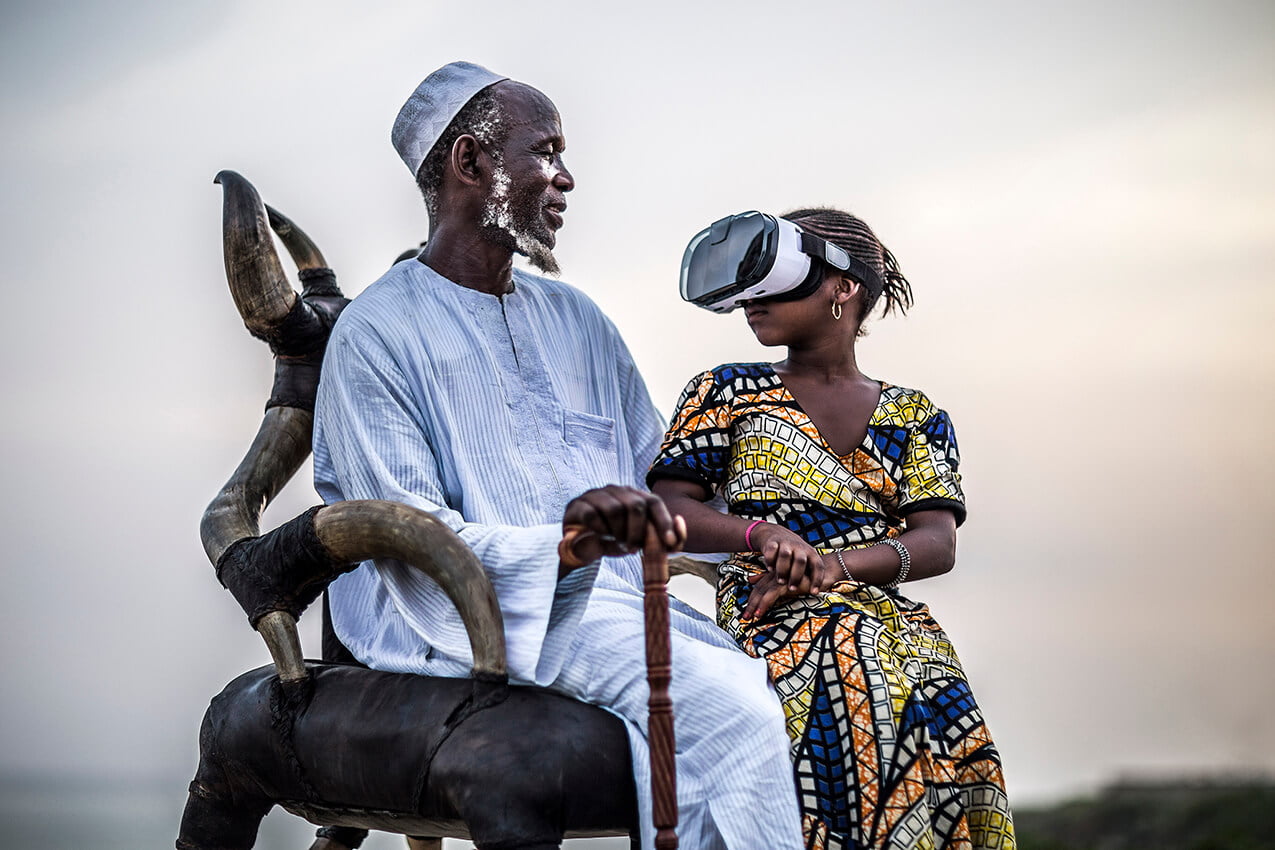 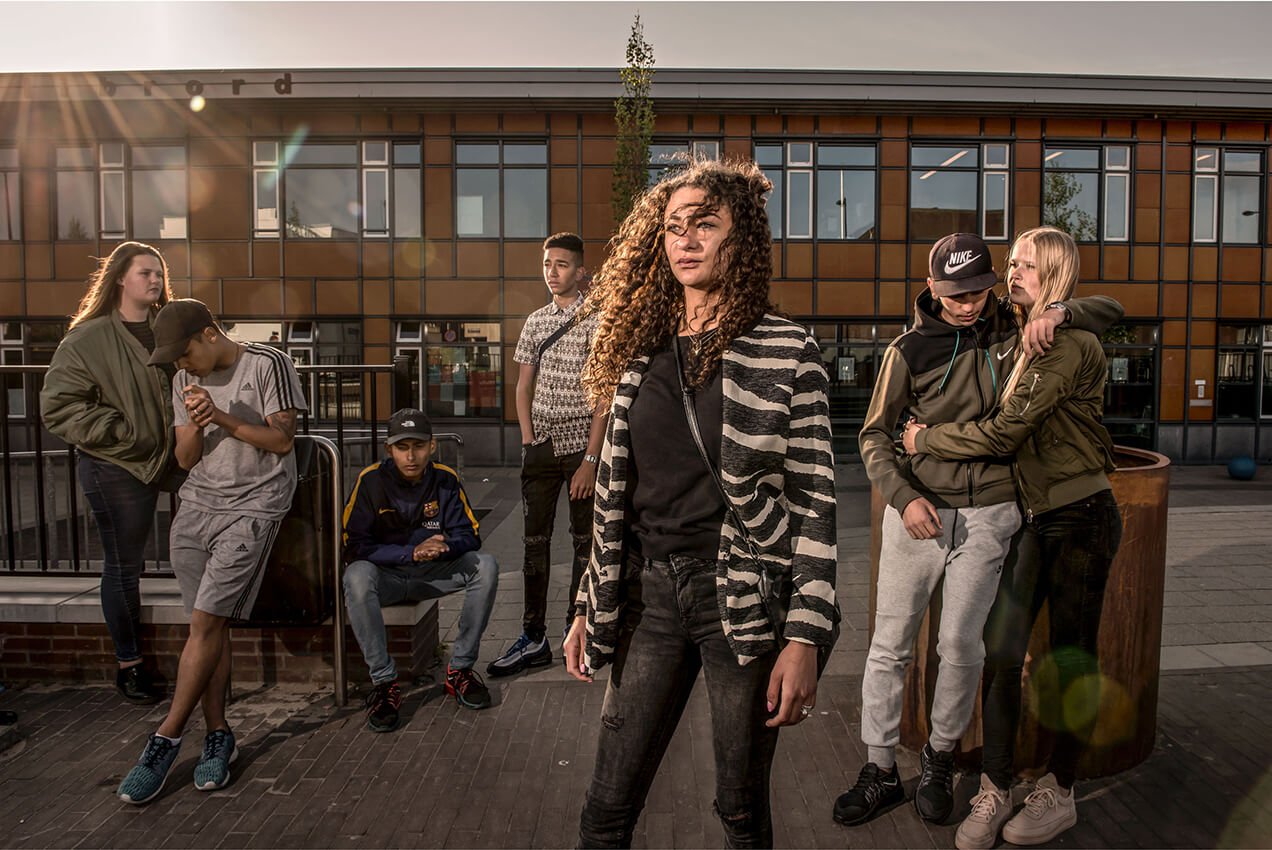 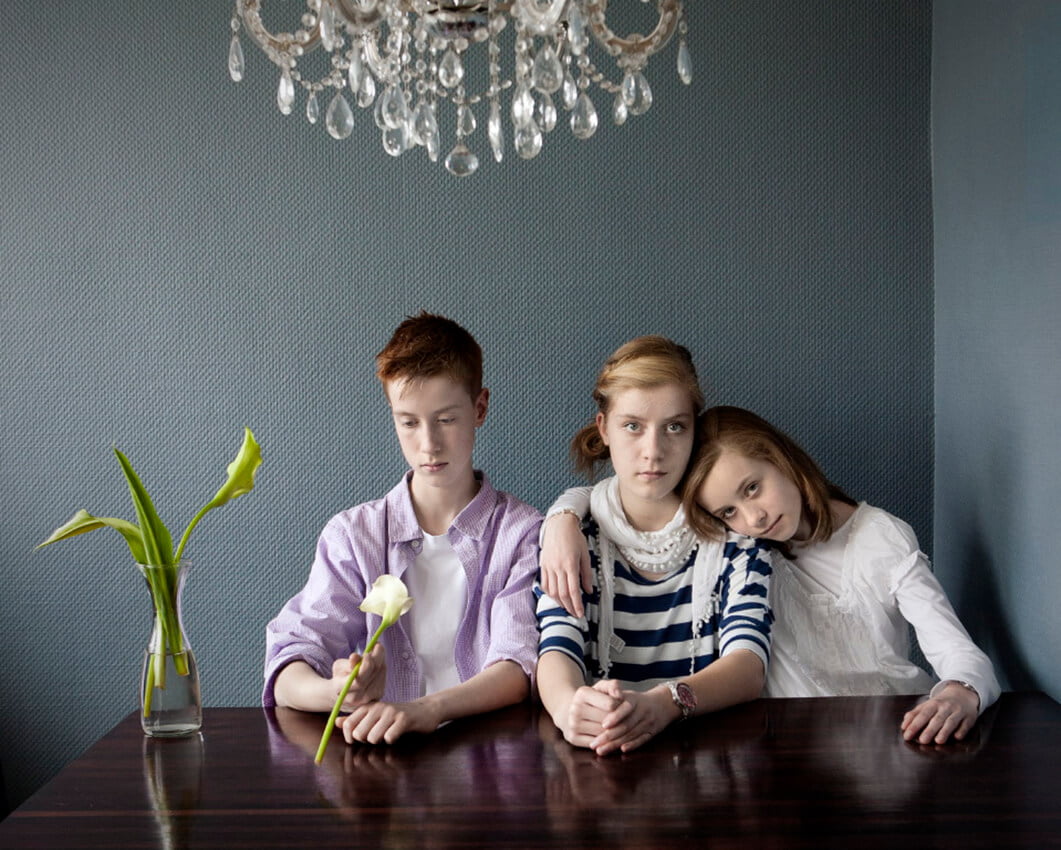 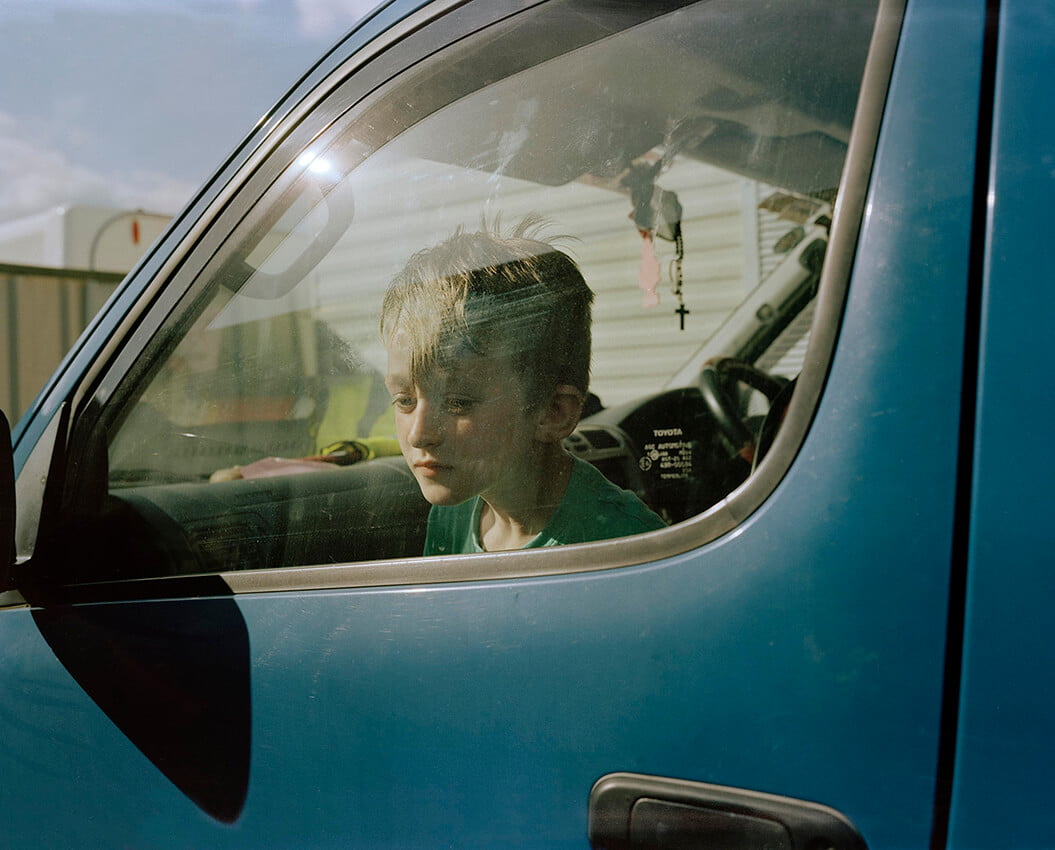 “I find this photograph very strong for several reasons. First of all a context that is impressive, nightmarish. I wondered if people lived in such a place and scanned the photograph for clues. Apparently yes due to the presence of satellite dishes. It looks like the building literally vomited a pile of garbage and plastic – there is not even a visible path to enter or exit the building. And then there is this child in the middle. He does not look at the photographer and I can feel a strong presence from him, because of his posture and especially the intensity of his eyes but at the same time he seems totally elsewhere. The atmosphere is heavy but this boy seems on top of it all. The only one watching the scene and the photographer is the cat near the door. This photograph questions the state of our society and the place we give to the Roma. Unfortunately I notice that this situation does not evolve, it could have been taken in the 19th or 20th century. I hope it will not be timeless.” – Wilfrid Estève

“Smiles, looks, malice and joy … There is a lot of spontaneity in this photograph. Looking at the shoes, we feel that these people have very little money but they have made clothing efforts and have esteem for what and who they are. We can guess the setting of a schoolyard and the ritual of a school photograph. A ritual that speaks to everyone, except that this time there is lightness and humor. All school photographs be paired with a “before” image which reveal the actual personality of the pupils. The usual following picture is always way too serious.” – Wilfrid Estève

“From his series exploring the relationship between Tri An Lake and the communities that rely on it, Duy presents a subtle, tranquil scene – almost like an oil painting in its softness and tranquility. The forms of the two floating children take a moment to decipher – they feel almost transcendent in their apparent weightlessness. Far from the scenes one might associate between children and water, Duy finds a moment of quiet bliss, intimate and dreamlike.” – Life Framer

“Paul describes the turbulence teenagers can feel as they approach adulthood – of a widening of horizons and of a pressure to forge their identities and attitudes, and ultimately their place in the world. As he describes, this can manifest itself “in both focus and escapism”, and that’s perhaps a characteristic of alliances to sub-cultures – that paradox of tribalism, wanting to be different while feeling like part of a community. Here these three brothers confront the viewer, dressed in their tribal uniform, surrounded by clues to their personalities – heroes and cultural reference points placing them in time. On the cusp of adulthood, the lighter flame, dead-centre of the frame seems delightfully symbolic.” – Life Framer

“Brilliantly framed between the dark and foreboding bodies of these two police offers, this boy in white stands small but defiant. Toby captures the tension of youthhood rebellion, of pushing against society’s boundaries, particularly powerful when taken in the context of the present day Northern Ireland – economically deprived and in a precarious state of peace – where Toby photographs.” – Life Framer

“Framed centrally, camouflaged in the branches of her tree hideout, this Romanian girl looks longingly off-frame. It captures a playfulness, but also a disquiet, which gives the image a level of intrigue as interesting as the dense beauty of the foliage she occupies.” – Life Framer

“Documenting youth identity in Cape Town, South Africa, Justin’s environmental portrait of a young boy against the barren bushland is an apt personification of the trials of growing up, and perhaps also of a wider cultural tension in the African country. With his solemn gaze and ill-fitting suit jacket, his bare, skinny chest visible underneath, he stands central and proud, ready to claim his place as a man in the world, even if his body has a little catching up to do.” – Life Framer

“What makes Marco’s image so striking is how he documents a mundane scene of young childhood in the most extreme and alien of environments (at least for the vast majority of us). It asks the viewer to enter this inhospitable place for just a moment, to ponder the world that this little child grows up in, and the reflect on the similarities in childhood play and experience the world over, despite the huge differences in upbringing.” – Life Framer

“This is a wonderful piece of visual storytelling – the police officer and distraught mother flanking her young son; him head bowed and silhouetted, retreating into the back of the frame as if to emphasize his humiliation. That mother-son dynamic is enthralling. The turquoise coloring and patches of blue and pink light add a strange, ethereal and unexpected quality to the scene – at odds with the emotions on display and further engaging the viewer.” – Life Framer

“In Annika’s work she documents Estonia’s youth and their connection to their country’s Soviet past – an era they did not experience first-hand, but whose presence is still felt in the architecture that surrounds them. Here, Henrik sits atop a gym horse – a little gangly and ungainly, still growing into his body, more basketball player than gymnast perhaps. It’s an intriguing set-up, and he epitomizes that liminal state between childhood and adulthood – on the precipice of a brave new world, no longer surrounded by his contemporaries.” – Life Framer

“Kristof captures the zeitgeist in this fantastic documentary shot. Framing these young female demonstrators and the broad-reaching words “save” on the cheek of his central subject (the cardboard placard in the background helping decipher what this particular protest is about), he documents the climate protests that have been coloring today’s political landscape, but also creates links to debates on female rights. Here youth represents anger at the status quo, and ultimately hope.” – Life Framer

“In a wonderful response to the theme, Léonie presents an empty forest scene, with children’s rucksacks hung amongst the trees. Like a naturalistic art installation, the children may be elsewhere, but there presence is felt, as is the dichotomy between the colourful branding of their manmade goods and the natural world.” – Life Framer

“A poetic ode to childhood, Mat frames ‘Alice and Sarah’ from an adult’s perspective (up front in the RV), dressed up in outfits that provide a jolt of color in their drab surroundings, and lost in their thoughts. Dancing between boredom and imaginations run wild, he encapsulates what it can mean to be young.” – Life Framer

“Brilliantly playful, it takes just a second to spot the little girl framed in her caravan window, watching Eleni as she captures the landscape before her. With the horse acting as an opposing point of focus in the frame, and the barren farmland between them, we are given a glimpse into the harsh world she inhabits, and a little clue to her inquisitive nature.” – Life Framer

“Lloyd’s young subjects face his camera with a palpable caution – clearly hesitant, and hands linked in demonstration of an intense sisterly bond. He captures something of their character, and of children the world over – an innocence and a curiosity, a strength coexisting with a vulnerability. We’re bombarded with images of smiling children, but this naturalistic approach offers a deeper level of insight.” – Life Framer

“Locked in embrace, Ines captures the energy and intensity of young love in a dynamic wash of light and shadow – simultaneously brilliantly bright and tantalisingly obscure. For anyone who has been through such a period of life, it’s a raw and poetic depiction of such emotions. An image you feel.” – Life Framer

“In this fantastic conceptual image, Alun questions the impact of technology on society – how digital culture, and technological progress more generally impacts on faith and tradition. In his beautifully realised shot he intertwines these themes across generations and around the world – accenting (or perhaps questioning) the ubiquity of today’s technological advancements. With his two subjects facing one another – the elder gazing lovingly at the younger girl, absorbed in her virtual world, we are asked to ponder what this shift means. It’s a universal question, but particularly interesting when asked in an African context, and with a hopeful, rather than dystopian slant.” – Life Framer

“Shot in beautiful cinematic detail in golden hour lighting, Jaap presents a contemporary tableau of the youth of Amsterdam. Some absorbed in youthful things, others gazing off-frame as if pondering their futures, his subjects offer a glimpse into the next generation of adults that will inherit the Dutch city.” – Life Framer

“In Annette’s work she explores the dynamics between twins as they journey through adolescence – how their bonds change during a time of “self-discovery and self-centeredness”. In this powerful image we see a clear expression of that bond, as one twin drapes herself across the other, contrasting with their brother, lost in thought. The flower he plays with is a fitting representation of childhood – beautiful but fleeting – and that there is only one perhaps alludes to something deeper. It’s a wonderful, contemplative shot.” – Life Framer

“Framed behind a car window, this young boy personifies that childhood reality of being constrained in the world – adventurous within the bounds set by one’s parents. That the image is from a series documenting Ireland’s travellers gives it an added layer of meaning. As a group, much like the Roma Gypsies, rarely accepted by the rest of society, the car acts not just as a temporary form of containment, but as a metaphor for the place this boy may hold in society.” – Life Framer