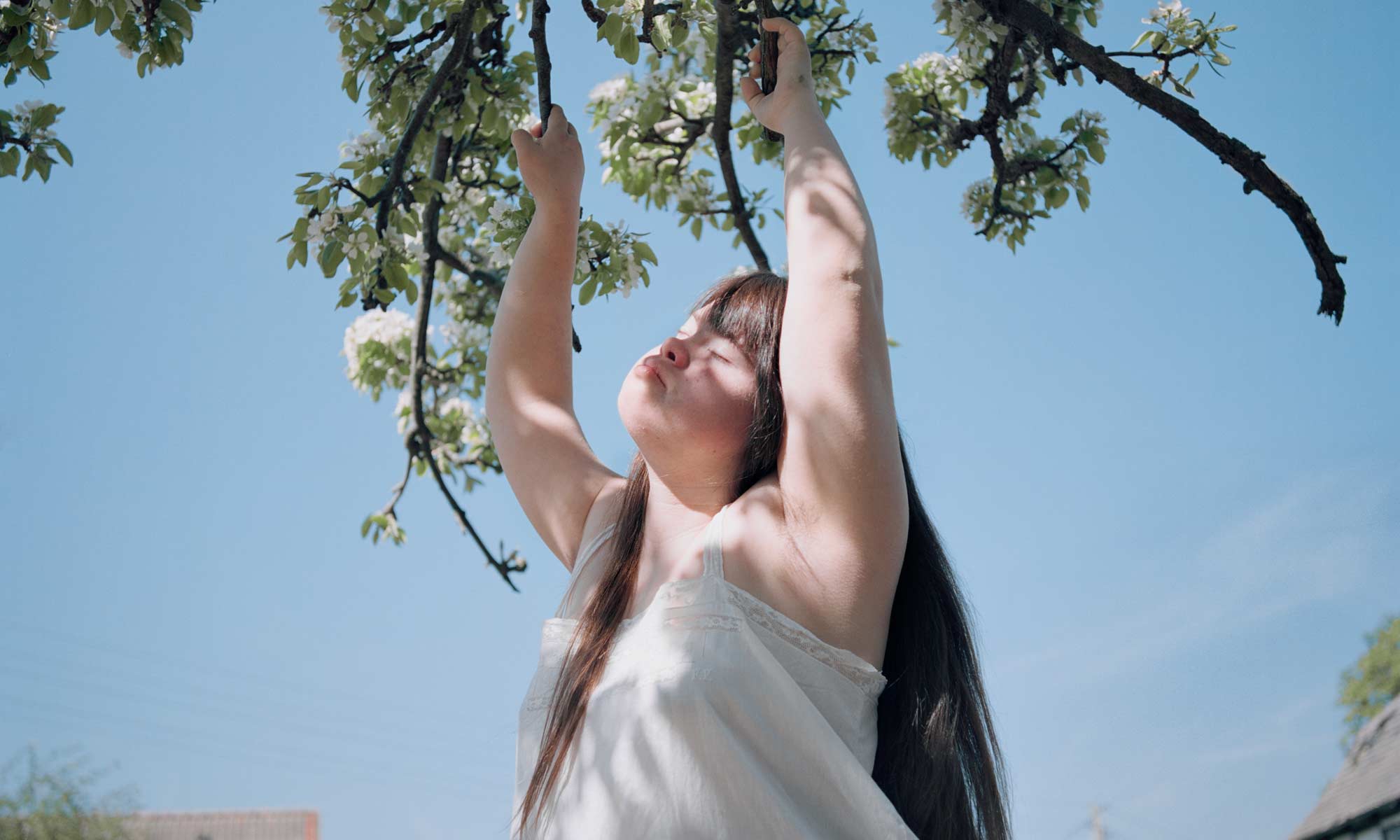 “Youth is a dream, a form of chemical madness.” ― F. Scott Fitzgerald

We are delighted to present the results of the tenth monthly theme of Life Framer edition IV – YOUTHHOOD. We asked you to explore adolescene and youthhood, capturing the habits, experiences or behavior of the young.. The theme was judged by Wilfrid Estève, Co-Founder and Artistic and Editorial Director of the revered photographic collective and platform Hans Lucas. 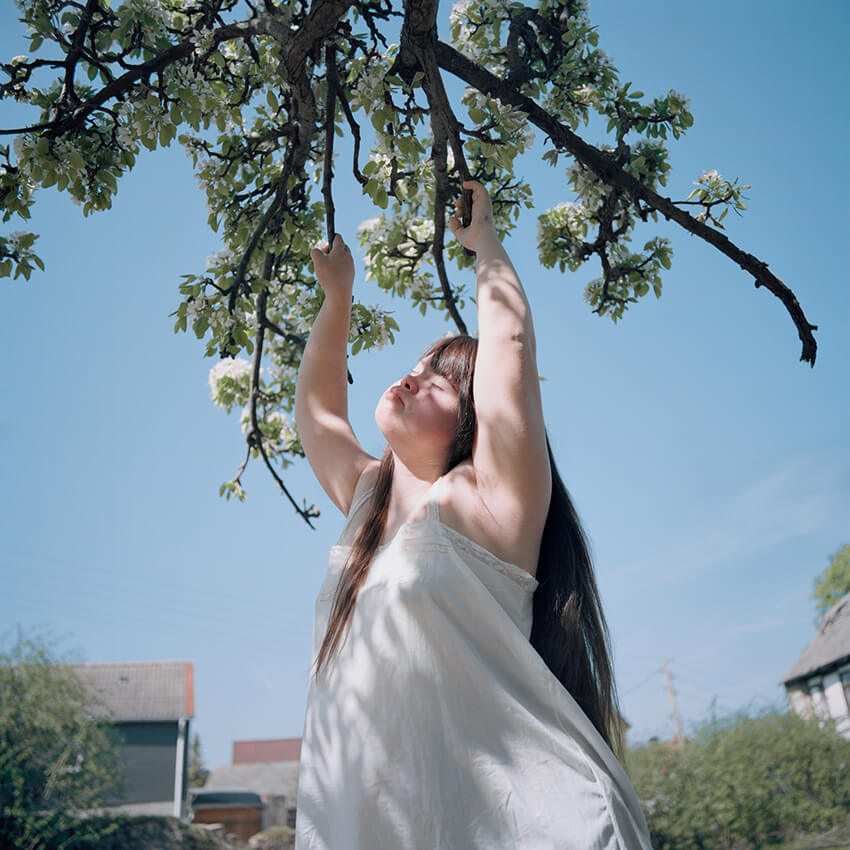 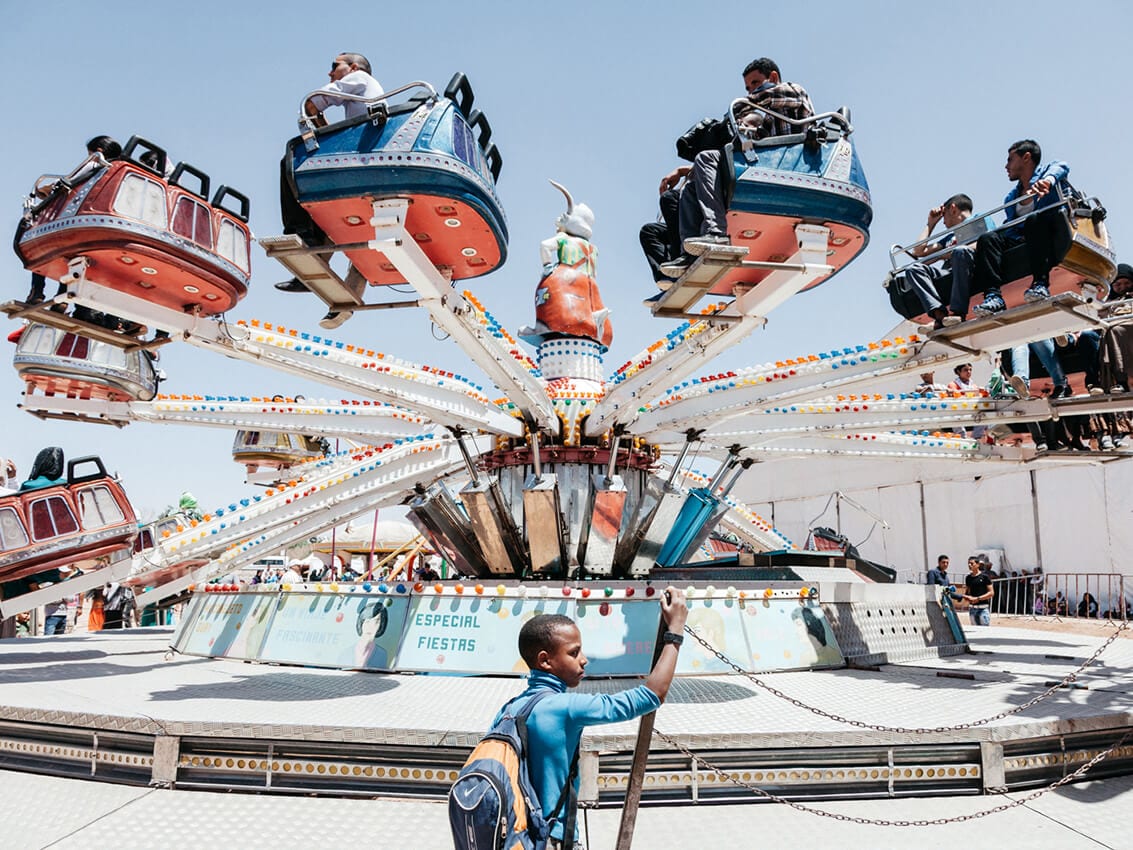 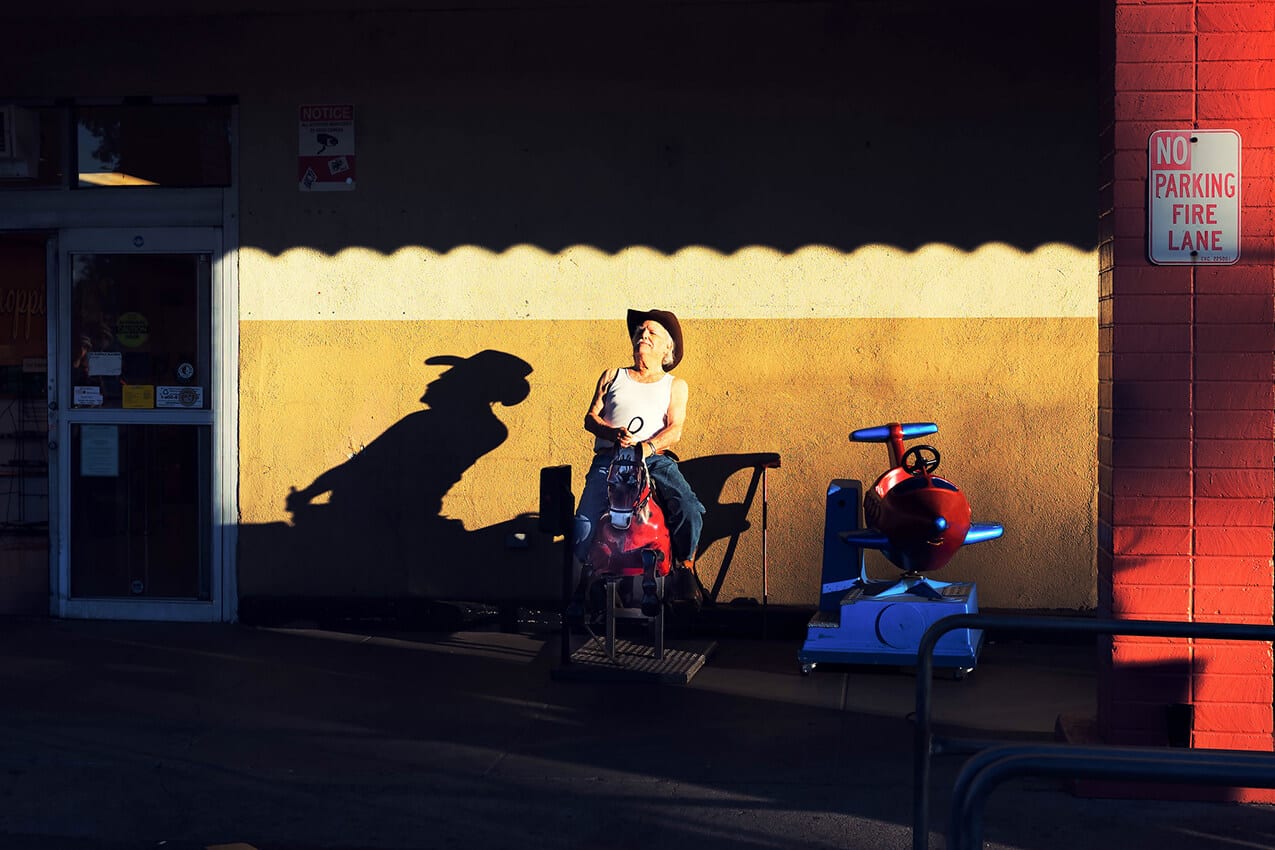 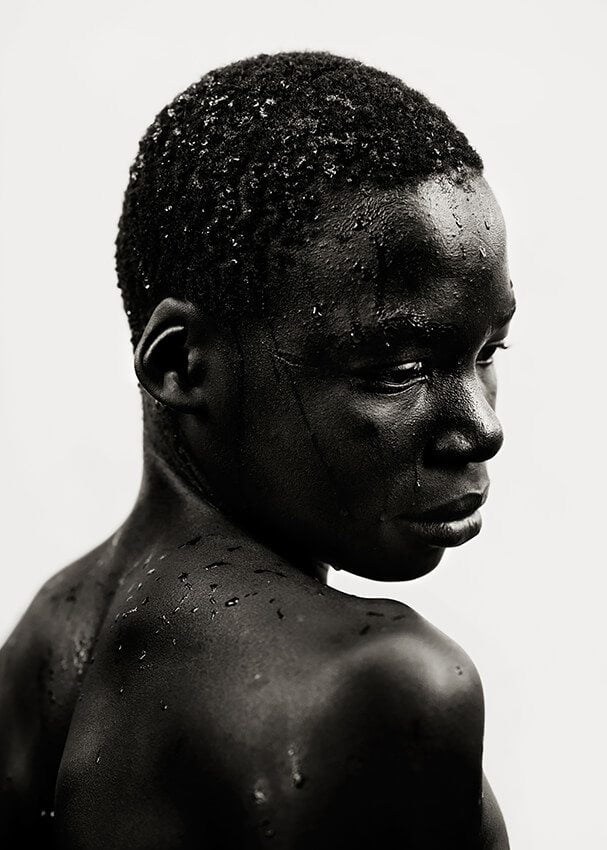 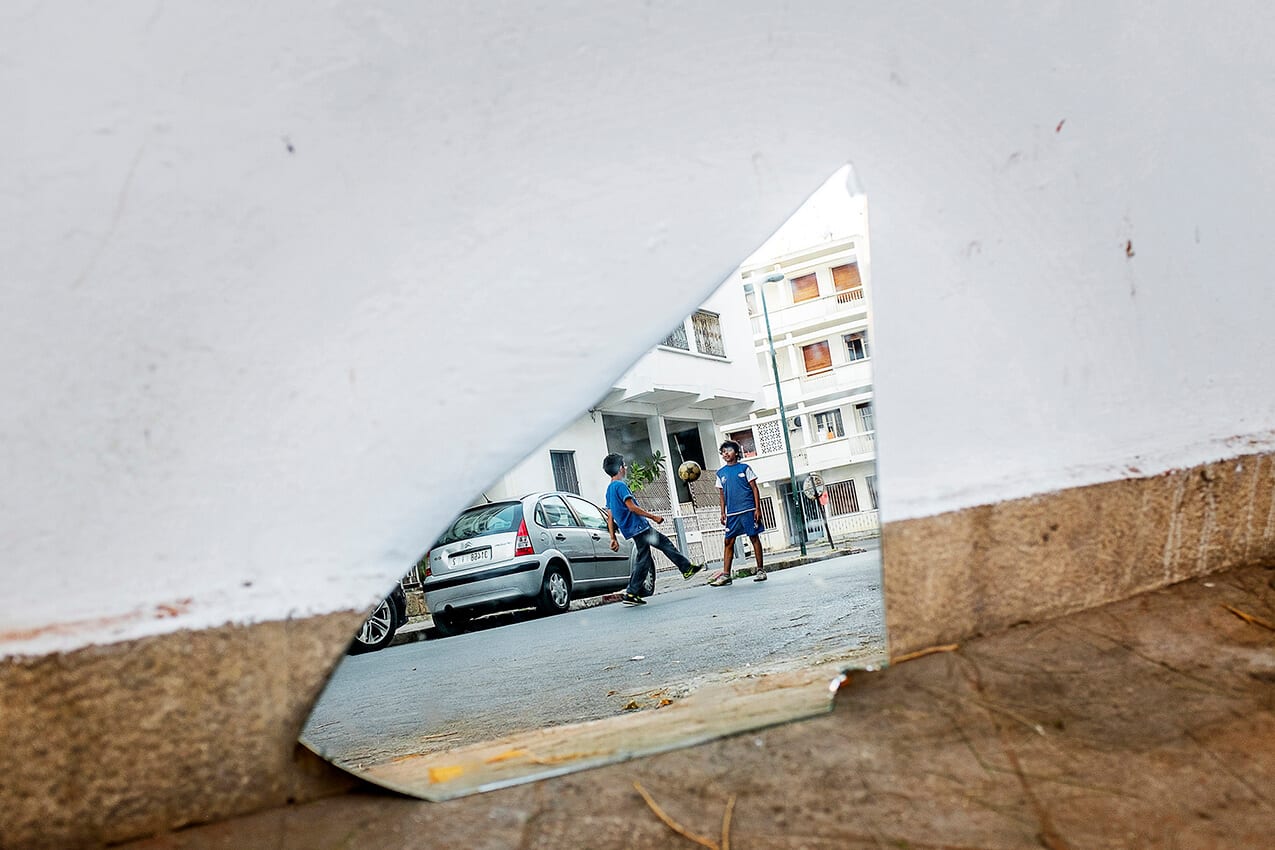 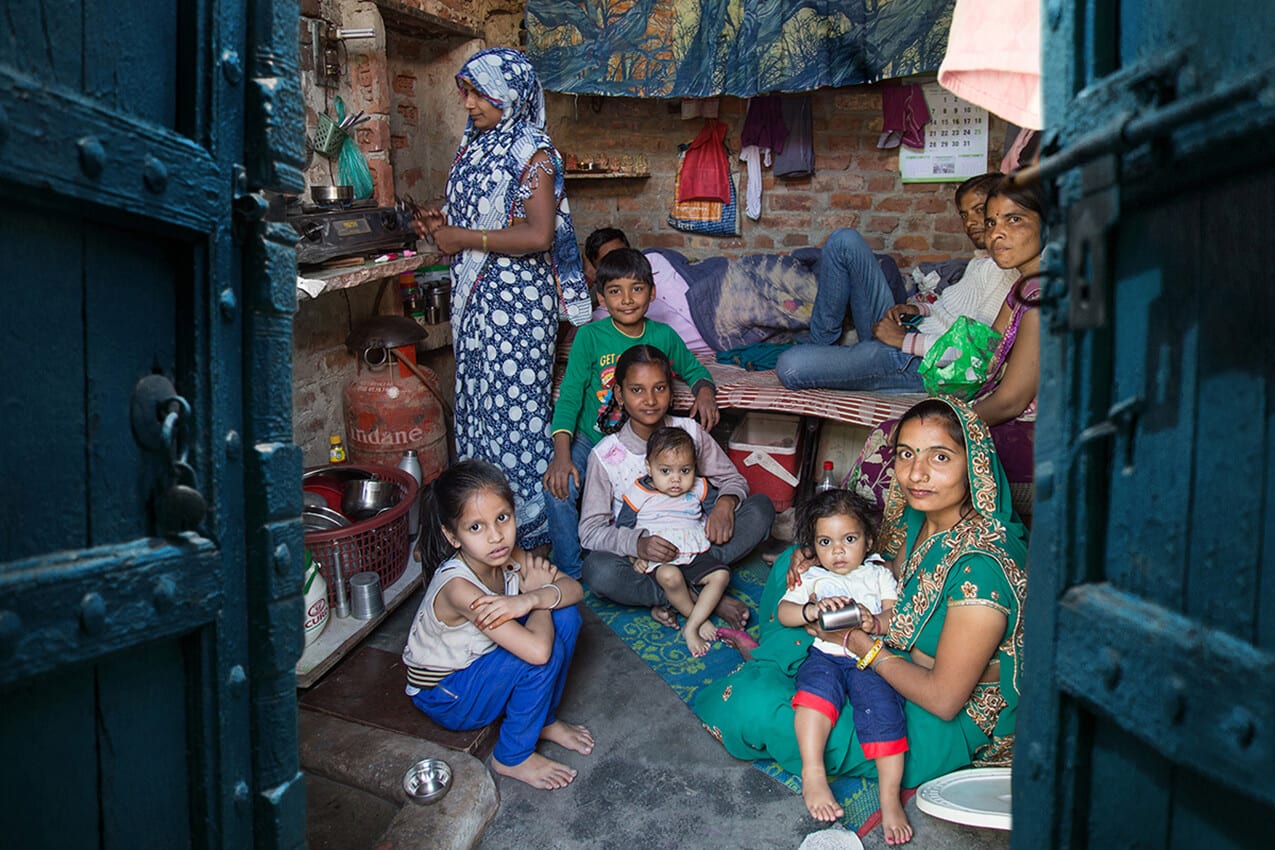 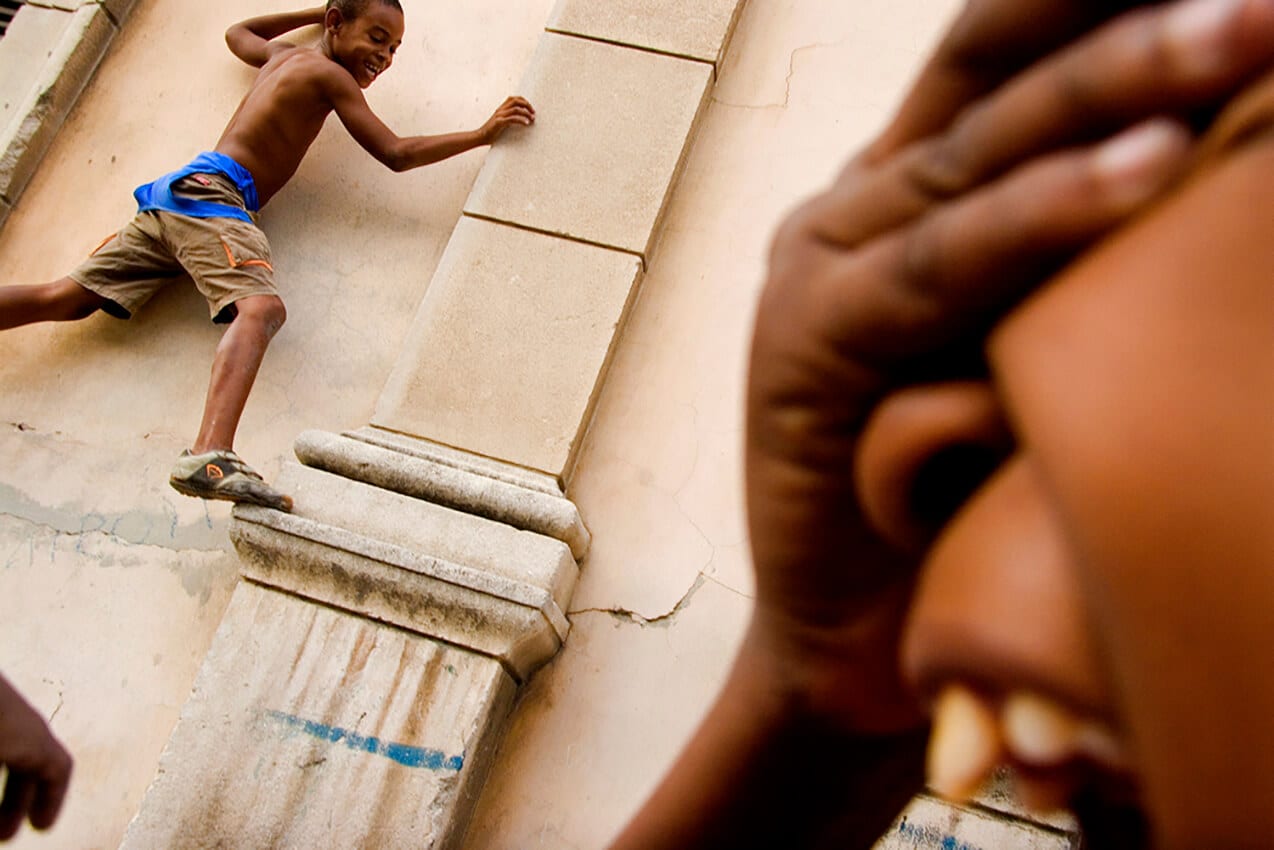 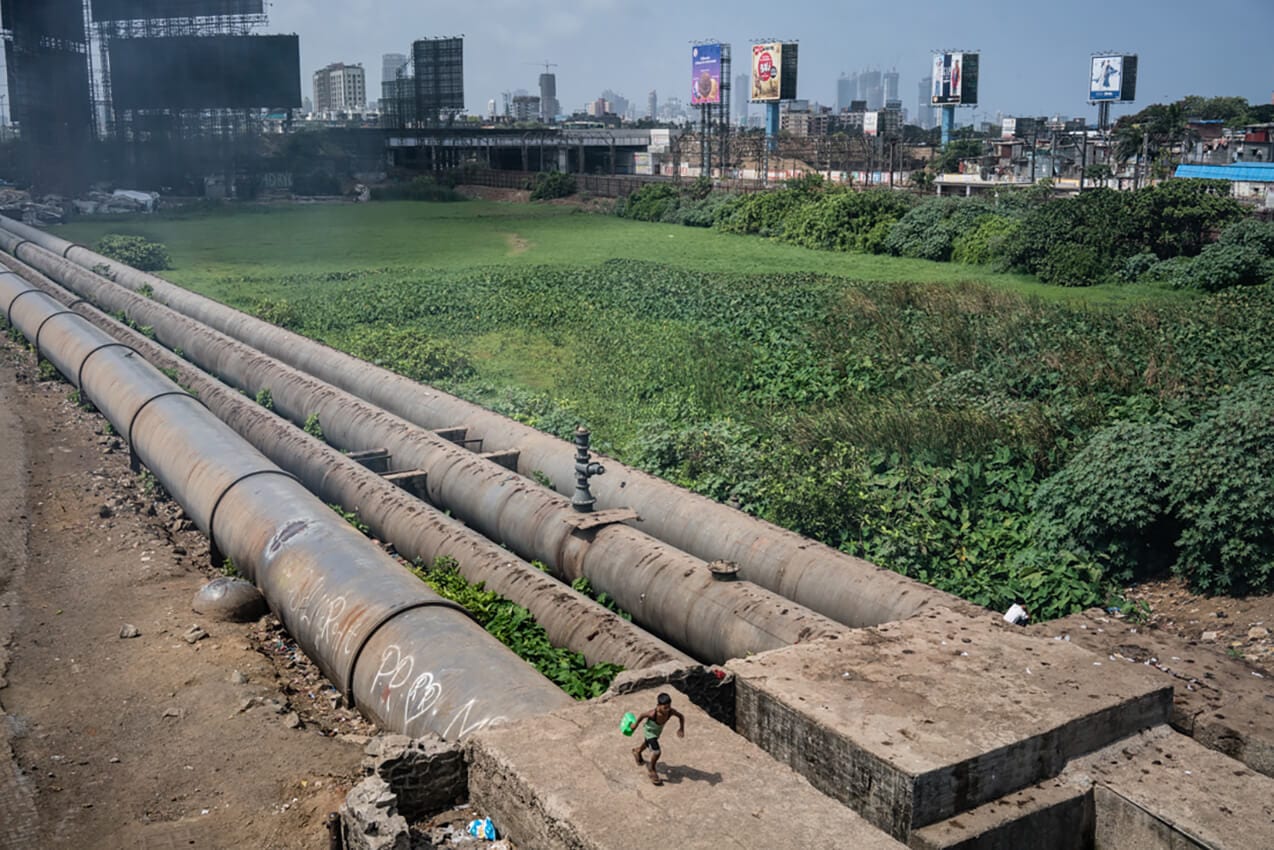 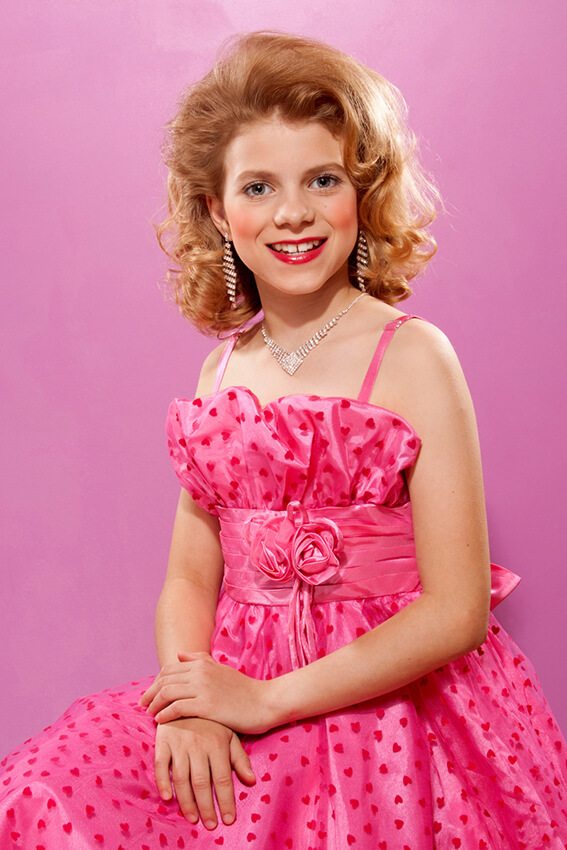 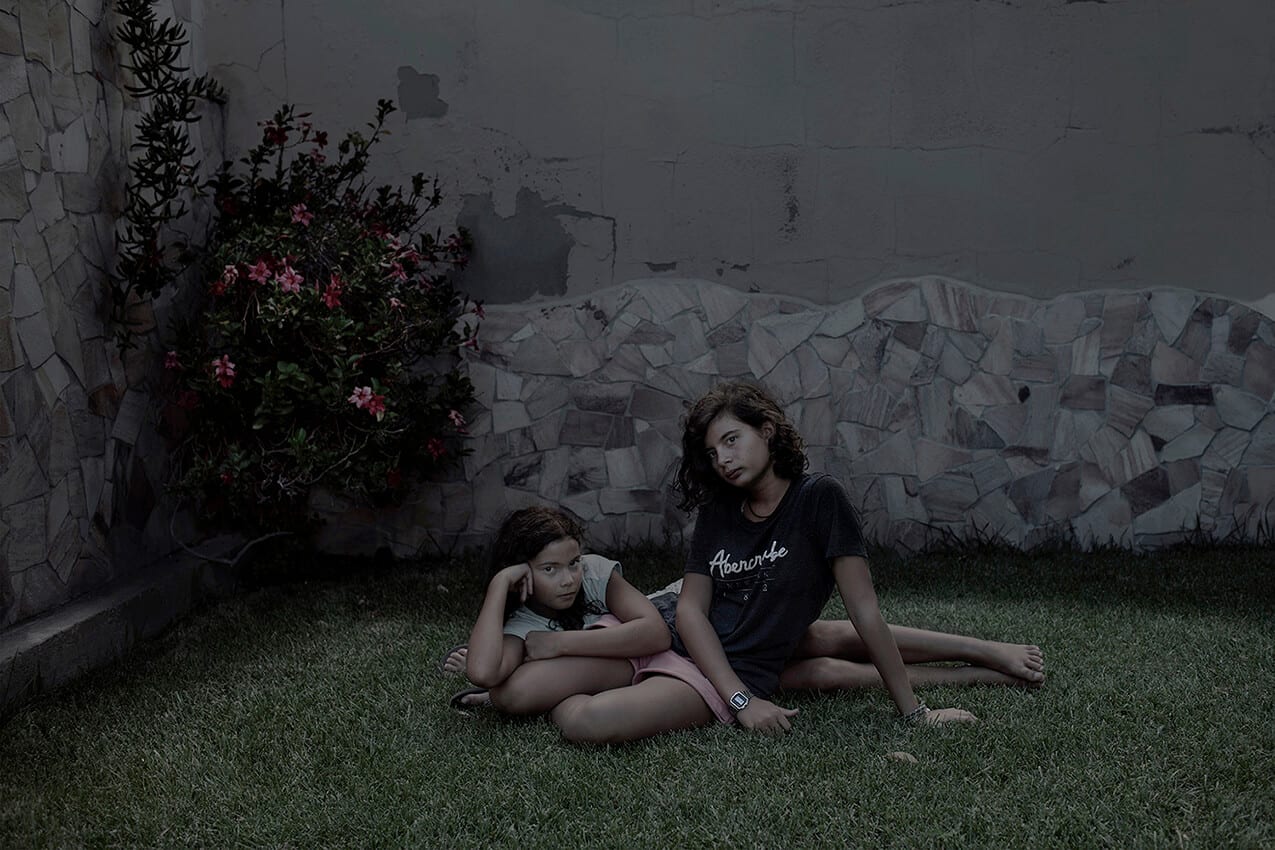 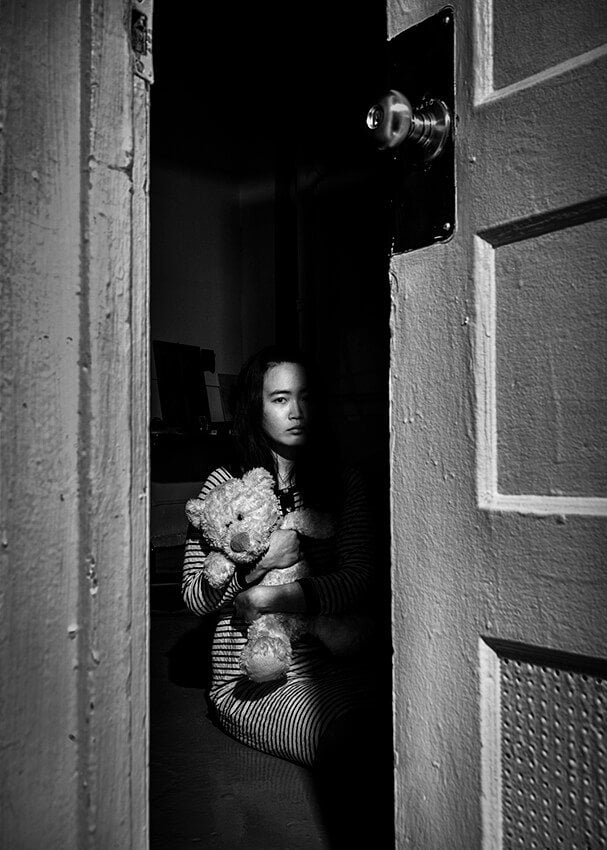 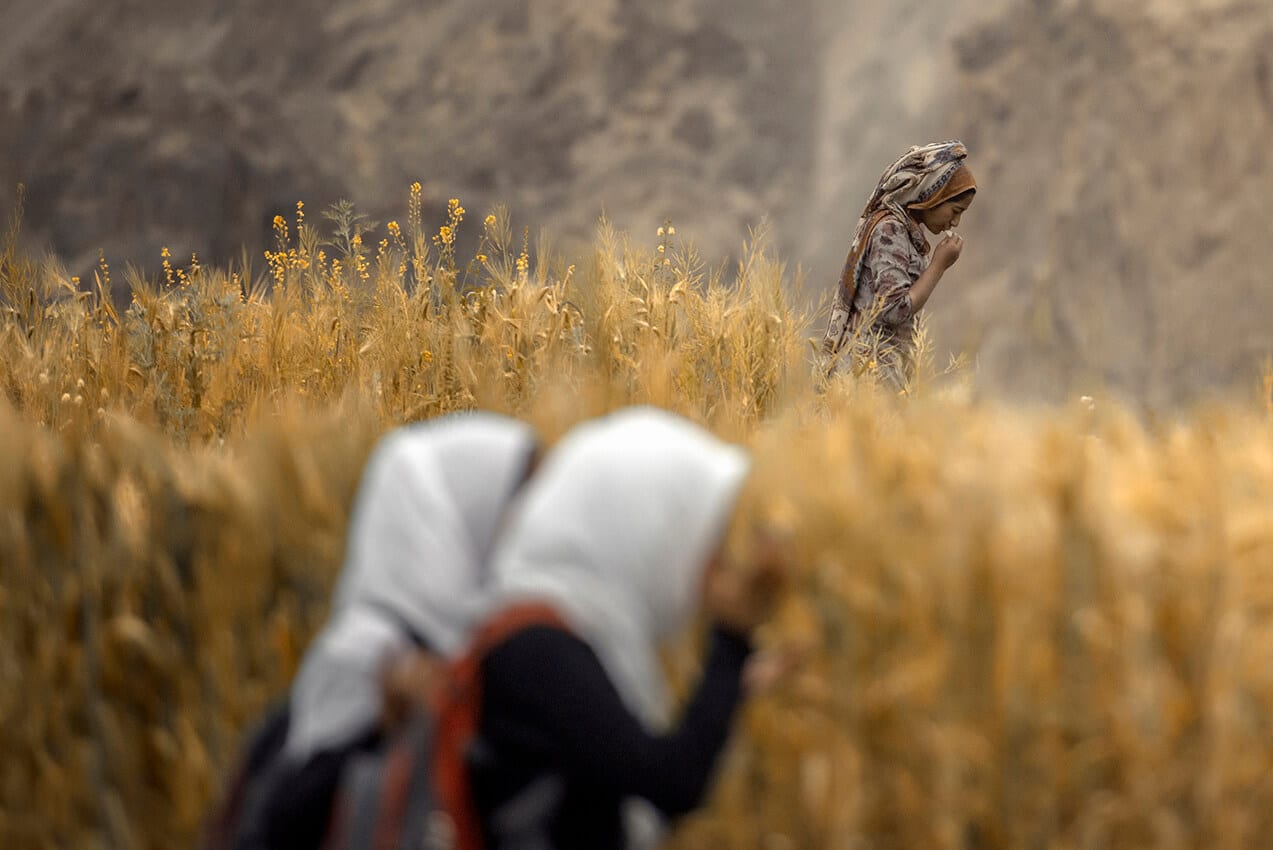 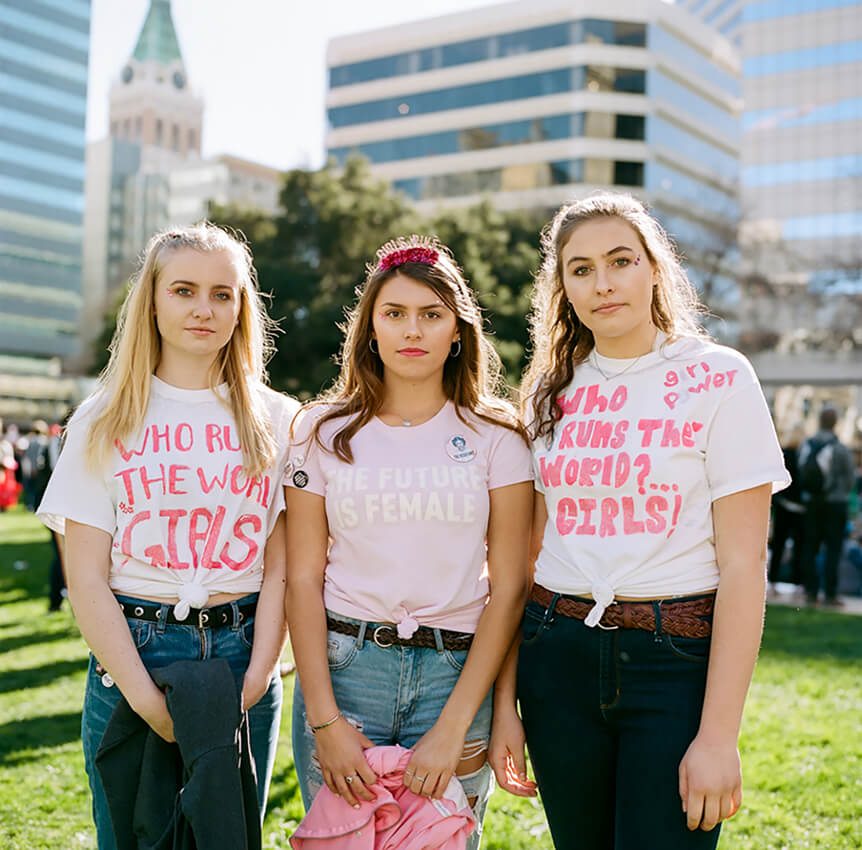 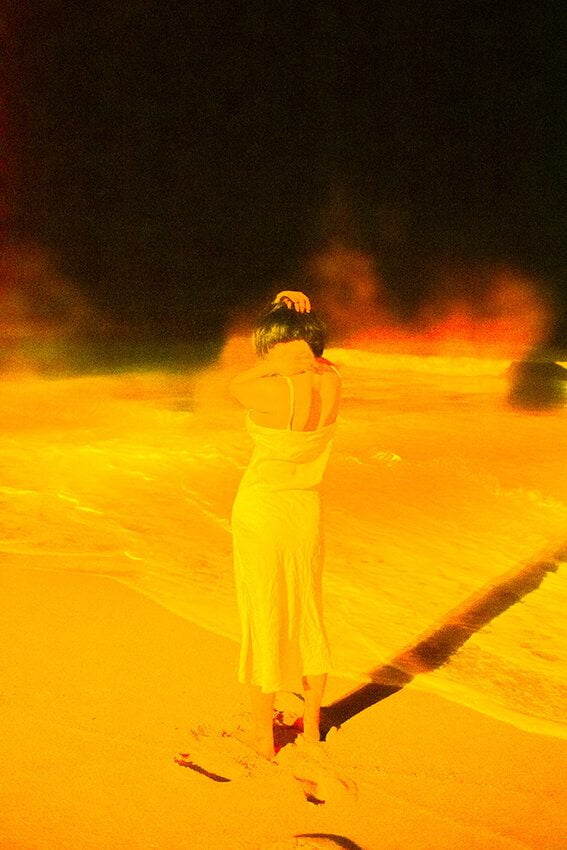 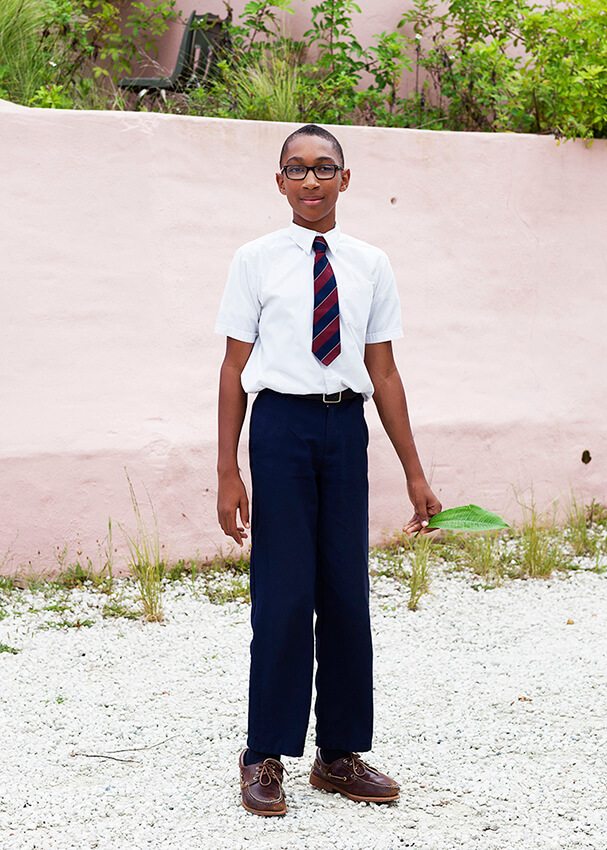 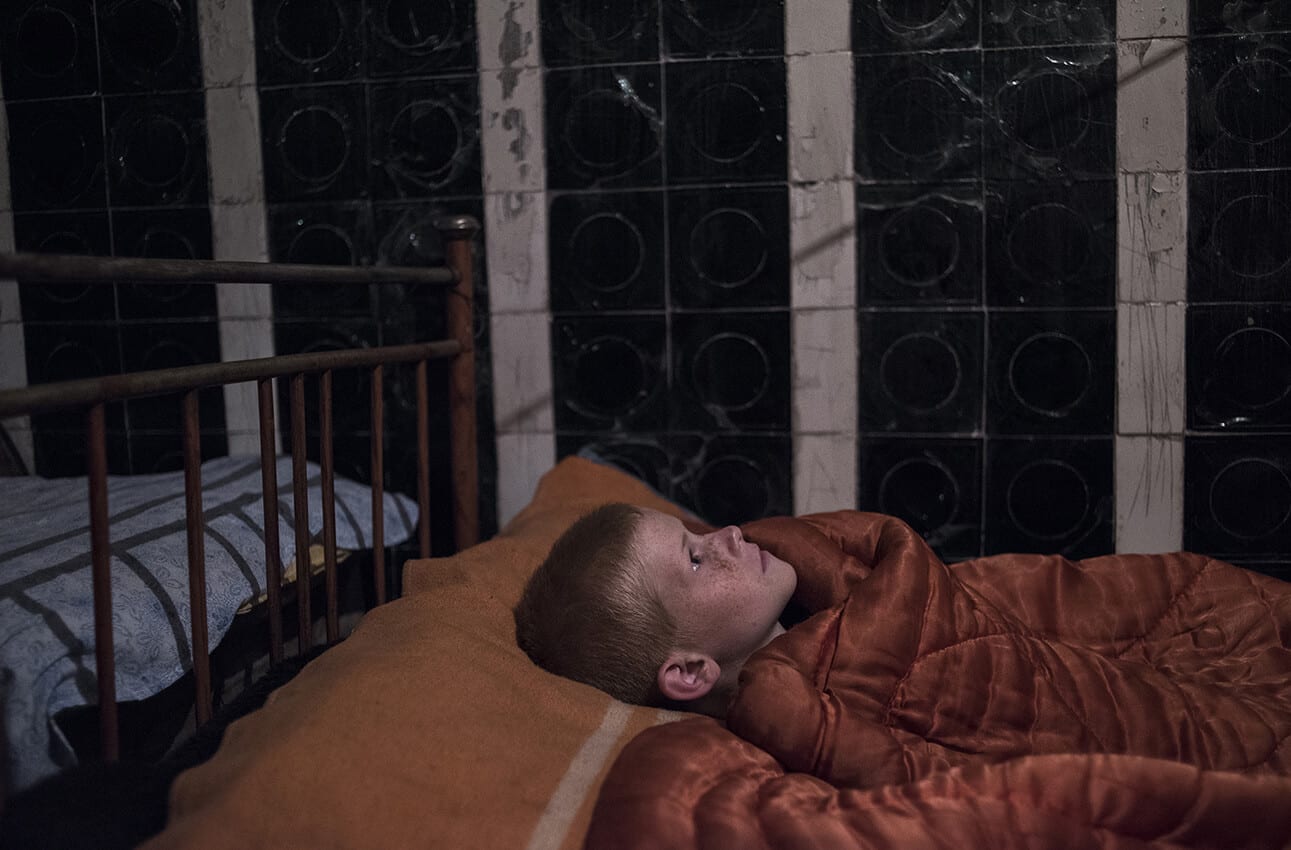 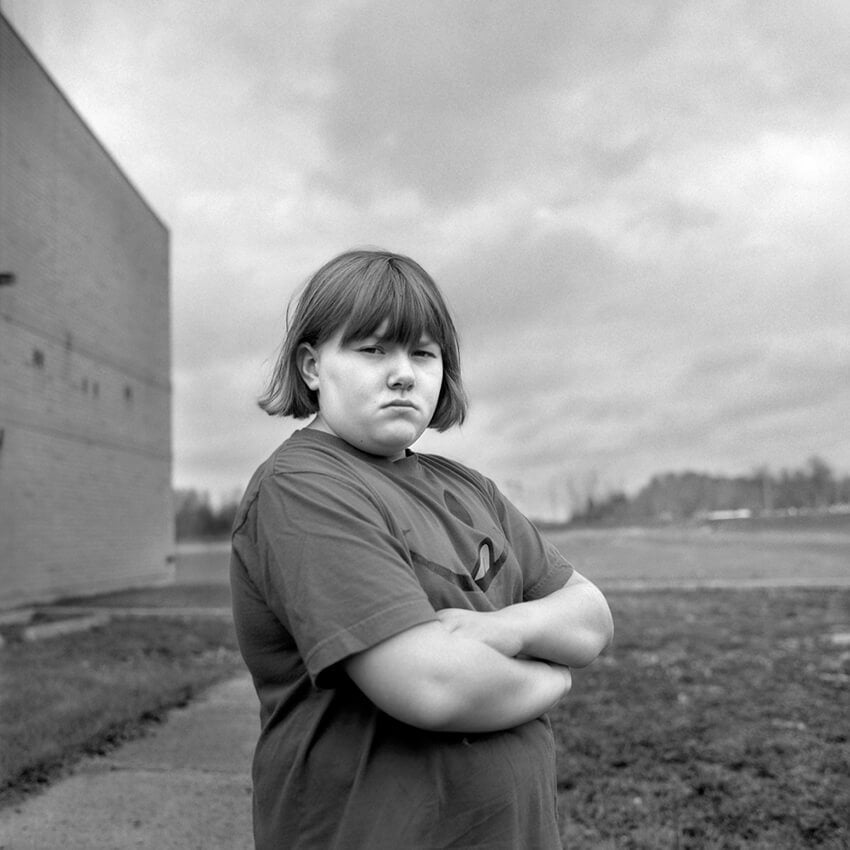 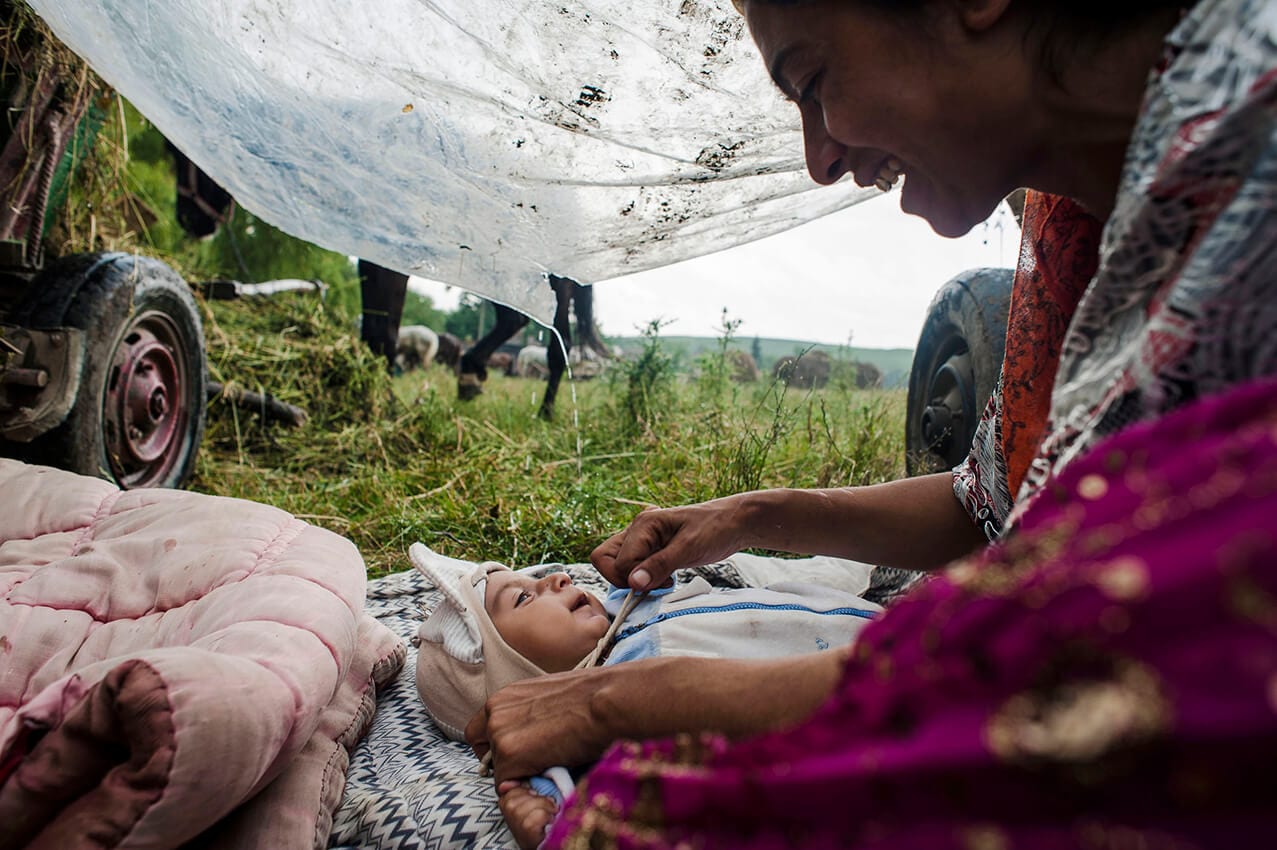 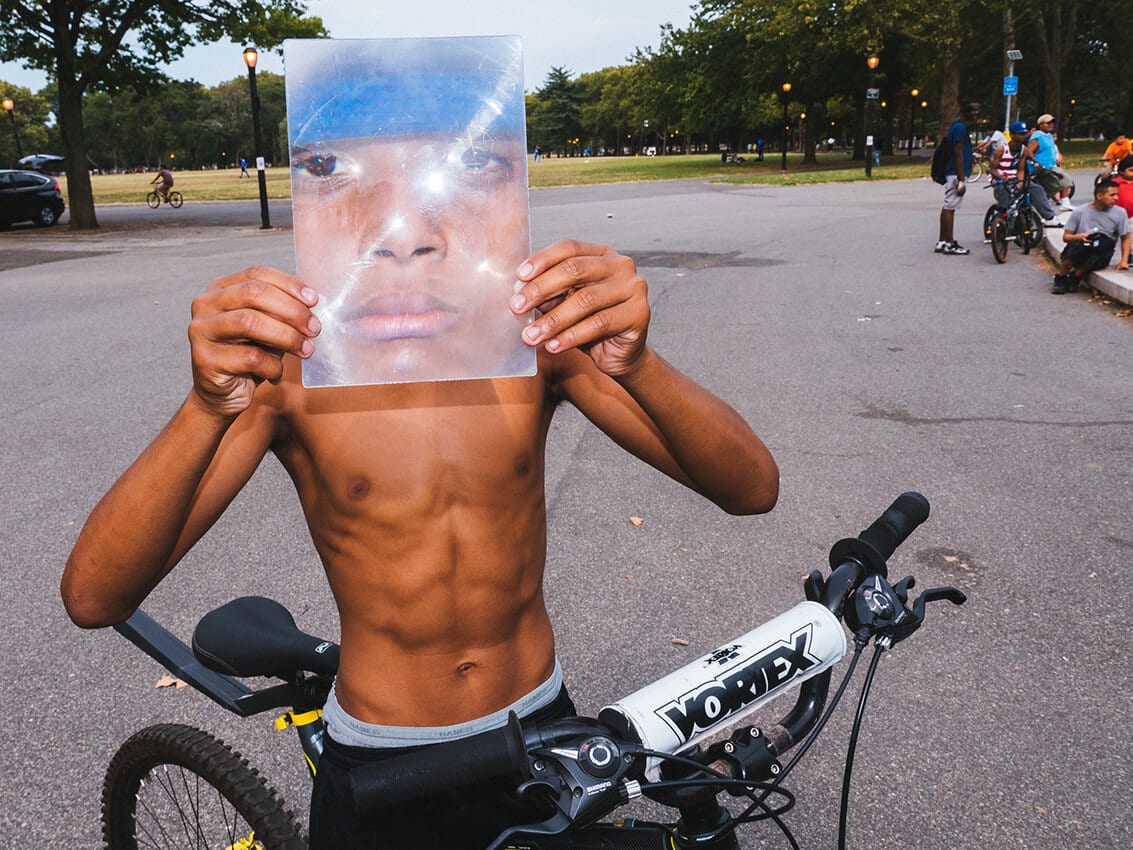 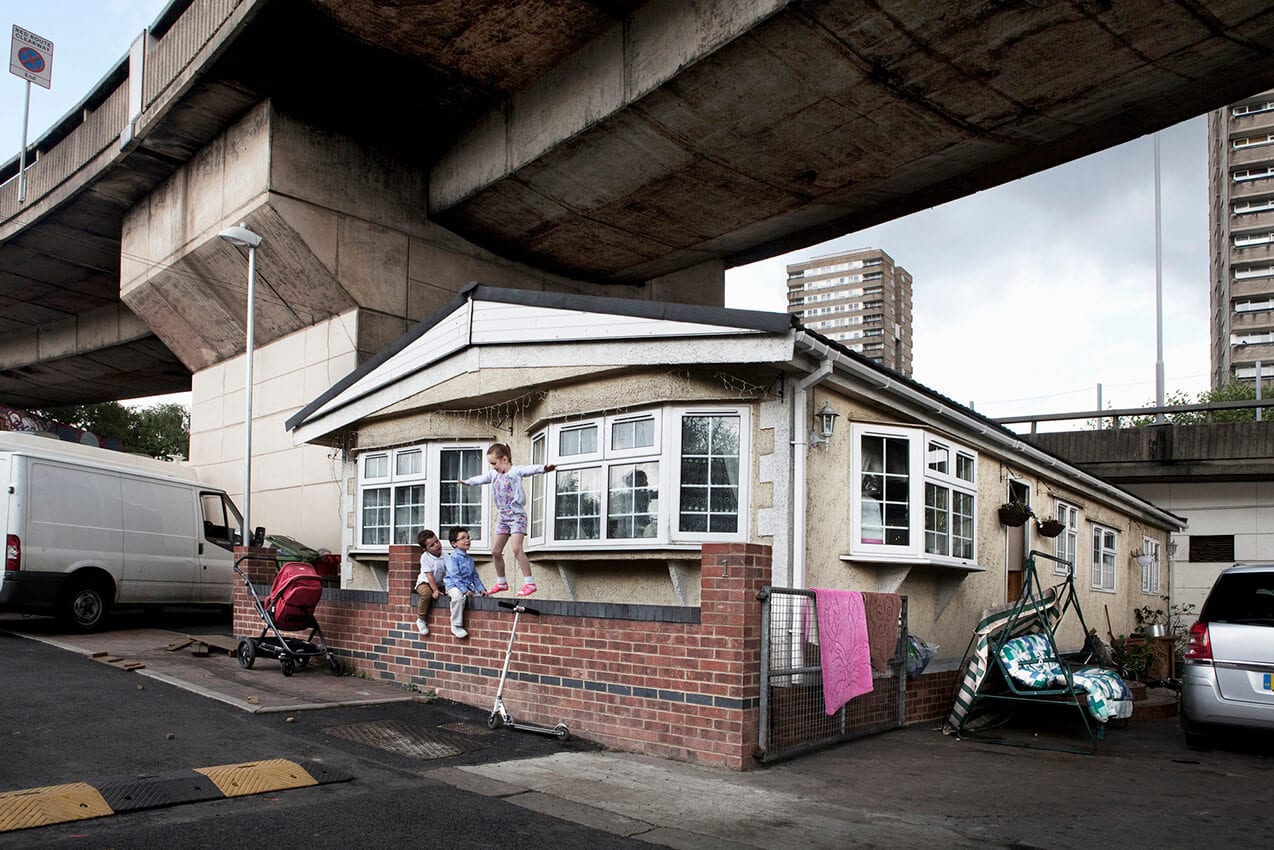 “The scene photographed here challenged me in several ways. We discover a girl holding the branches of a tree in bloom. The photographer succeeds in stopping time and being forgotten. It reveals a moment of sincerity and pleasure in a life that we imagine to be complicated. The girl enjoys the sun, she is both physically present and spiritually elsewhere. Purity is present, and the white of the skirt refers to that of the branches in bloom. This image is also sensual, the model is given to the sun and the rays highlight parts of his body. The generous shapes can be reminiscent of a Fernando Botero painting and remind us that beauty is also found in pleasure. One can see here a questioning of the diktat appearances in today’s society.” – Wilfrid Estève

“The colors and composition of this photo challenged me. It looks like the world is reversed, the adults are in the carousel and a child looks at them. His eyes question the scene, his look seems too tough for an amusement park scene that’s supposed to be a happy one. The arm of the boy is the continuity of the security chain and one wonders what he looks at.” – Wilfrid Estève

“I was immediately drawn to this scene due to its color treatment, and the way Sebastien deftly handles light and shadow. Pop-art primary colors burst forth, and this man’s shadow acts as the second protagonist, filling the space where a third children’s game might stand. It’s an ode to youthful vivacity and spontaneity that so many of us lose as we age. I’m reminded of the wonderful Pablo Picasso quote – “It takes a very long time to become young.”” – Life Framer

“This is a mesmerizing portrait, fiercely powerful in its striking simplicity, and beautifully realized – the soft light and glistening water accentuating the boy’s bony frame, and somber expression. Linelle describes the series from which it is taken – documenting a clean drinking water project in Uganda, and the UN declaration of access to clean water as a basic human right. Understanding that brings a new perspective: clean water is the least he should expect of this world, and yet still it’s not a given. That he turns his back to us is telling. It’s a tender, melancholic and deeply atmospheric image.” – Life Framer

“This shard of mirror acts as a compositional device too good to miss, providing a layer of interest to this scene of boys playing street football, but also juxtaposing youthful abandon with a grittier side of the street. Alexandre captures the scene perfectly – waiting for the decisive moment with the boys, but also unafraid to give the frame plenty of negative space to breath. A simple result it may be, but you’ve got the have the eye for it – half the art of street photography being in seeing those adroit moments that others might miss.” – Life Framer

“Alina presents a multifaceted portrait of family life – tying a complex scene together with clever framing and a unified color palette of blues and greens. We’re being beckoned into this hidden world and there’s so much to absorb the eye – 10 people, mostly young, harmoniously sharing these cramped living quarters. It’s an intimate view into this familial culture.” – Life Framer

“I’m transfixed by the energy of this image, and in awe of the skill required to take it. Pulling off a frame like this is not straightforward – capturing the two boys in foreground and background, the former tightly framed but with enough space given to sense his blissful laughter, and the latter in extended mid-motion, with a jaunty angle that heightens the sense of adventure, is an exercise in photographic gymnastics. It’s masterfully done – creative spontaneity documented with dexterous precision. Oscar bottles youthful joie de vivre.” – Life Framer

“It’s the scale of this image that grabs you – this boy charging along a huge steel and concrete pipeline that twists its way through a landscape of billboards and tower blocks. He can almost be overlooked in the vastness of it all. It appears as though he’s either carrying a school bag or a water container, and either way you have to ask yourself what he’s doing alone in this immense and dangerous world. If the latter, the irony of him juxtaposed against the massive pipeline infrastructure is not lost. It’s an image that captures many ideas in a single scene – that seeks to describe the near-unfathomable complexities of our modern world.” – Life Framer

“In Katy’s bold and vibrant portrait we see a young girl dressed to the nines – her outfit, make-up and posture channelling that of someone much older. Katy describes how the series is a wry and nostalgic glance back to the 1980s, her defining decade (and the styling is spot-on), but as single image I see it as a comment on the societal pressures placed on young girls. To be preened and polished, to be perfect in the eyes of popular culture. I keep reverting to her expression – a winning smile but eyes that suggest something altogether more vacant. Like her childhood innocence and playfulness has already been drained from her. All in the name of so-called perfection.” – Life Framer

“Massimiliano presents a stunning environmental portrait of two sisters in languid embrace – the subdued color palette and pink flowers channeling something of the Dutch Masters painters, but their digital watches and sloganned t-shirts bringing it back into the contemporary. I’m drawn to ideas of fragility and femininity, for which of course the flower is one of the most used visual cues in art culture. There’s this idea of these girls having it all ahead of them, and yet their expressions suggest a nonchalance, a boredom – it’s a powerful tension.” – Life Framer

“Gerard describes how his work confronts childhood fears, staging scenes that examine our haunting memories and apprehensions. Here he employs a simple but hugely effective framing device, pulling the viewer towards this young girl clutching her toy, with a void of darkness behind. The lighting is expertly handled, highlighting her worried expression, and soon to enveloper her in the shadows. It articulately describes a feeling that so many of us can relate to – of that door closing, and the darker impulses of our imaginations running amok.” – Life Framer

“The unexpected depth of field works well here, the two girls’ postures mimicking that of their mother (we assume) as they make their way through the fields to school. There are ideas here of legacy, of hope and opportunity in a world where still so many young girls do not get the chance of a full education. I dwell on those ideas as I enjoy the aesthetic presented here.” – Life Framer

“This charming boy is personification of that at-times awkward transition through adolescence – the growth of his gawky limbs outpacing the rest of him. He’s full of character, and superbly framed against the sparse, pastel background. It is on further inspection that the leaf comes into view, delicately grasped between his forefinger and thumb – “an exquisite little gesture” as Debra so eloquently puts it in her accompanying statement. That leaf perfectly symbolizes the fragility and ephemerality of his age, and the gesture itself – a thoughtfulness, an attention to the overlooked – is echoed in his expression, knowing beyond his years.” – Life Framer

“With self-expression, feminism and diversity under attack from certain parts of the global political elite, this is an image that captures the zeitgeist. These girls stand united, self-aware and quietly proud in their body language, delicately outlined in the low sun. It’s an image charged with optimism and a tranquil energy. ‘The future is female’ reads one of the slogans, and it’s difficult to argue with that.” – Life Framer

“Wook’s diaristic analog image captures a feeling – the burning desire of youth. Impulsive, imperfect, all-absorbing. The purity of this girl’s white dress and delicate pose wrestling with the yellow-hot heat of the present moment, and the beckoning void of the ocean. It’s powerful and spellbinding – Wook’s expert control of the flaws of film photography a product of image-making that channels both the head and the heart.” – Life Framer

“Valery’s image is one from his document of the conflict between separatists and the official Ukrainian authorities that gradually escalated into a fully-blown war. It depicts a boy in the basement of a school on the frontline of battle, trying to get to sleep. With war reportage it can be these quiet moments that are forgotten – the collateral effects on ordinary people, and especially on children. More so than the explosions, bullets and building debris, this boy’s piercing stare towards the surface, paired with the grittiness of his surroundings is heart-breaking. It’s credit to people like Valery that such stories – the quiet ones that resonate the most – are told.” – Life Framer

“This young girl embodies a toughness and seriousness that belies her age. Vera describes the scene, Kennedy standing in front of the town school that has been closed due to low enrolment figures, and it’s perhaps this – her sparse environment and lack of opportunity, her navigation from a child in the moment to a young lady who must think about her future – that defines this stoic defiance. It’s a beautiful portrait, celebrating the strength of youth, but not without melancholia, for which the black and white treatment is a perfect metaphor. Life marches on relentlessly, but progress can seem to be stagnant sometimes.” – Life Framer

“Szabolcs’ image is from a series about semi-nomadic Romani Gypsies, holding on against the relentless pressures of Western culture. For a culture much maligned in international media, here he presents a tender and caring view – maternal love in the most challenging of environments. The mother’s shawl, blanket, and tarpaulin that shelters them from the rain create a tight framing device, drawing us into their small and enclosed world, echoing that metaphorical tiny universe they share together.” – Life Framer

“In this daring street portrait, Josh applies a strange treatment, magnifying his subject’s face through a plastic lens to create something playful and absurd – a huge face that beams into the camera. It works though – giving an inventive, DIY platform to this young man absorbed in a youth subculture. It celebrates him, in a wry way, as if to say “World: this is now and this is me”.” – Life Framer

“The color grey dominates this superbly framed image in which a small family home is dwarfed by the menacing and looming concrete overpass and tower blocks above. It may not be a world designed for these children, and yet they find their fun and adventure, adaptable and creative creatures that they are. It’s a strange, messy and perplexing world that our children will inherit, but they’ll make it their own.” – Life Framer