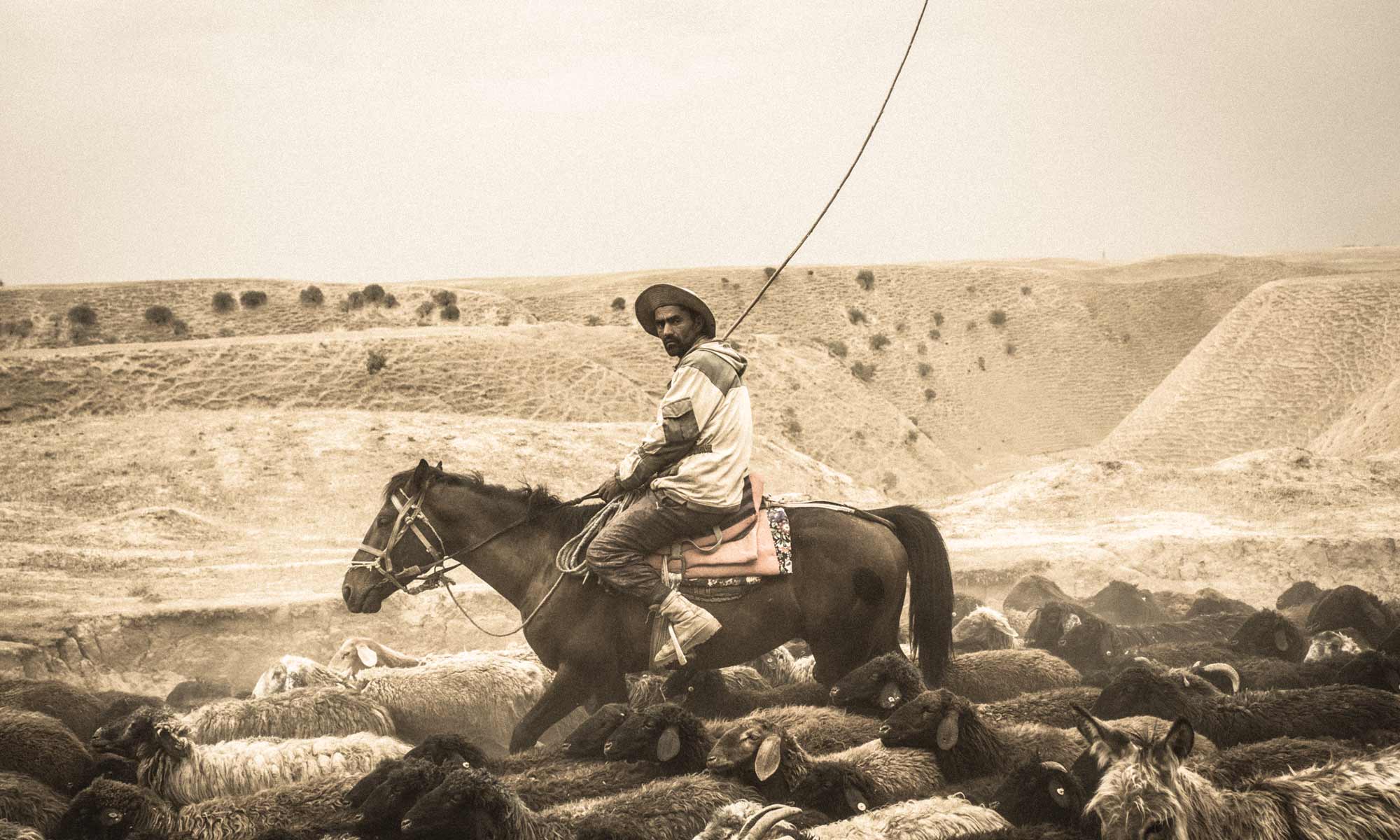 We’re delighted to present the results of our fifth theme of Life Framer Edition V, judged by the legendary travel photographer Steve McCurry.

The above quote, although written in the early 1900s, stands up today as perfect a summation of what we search for in travel photography. The world is as remarkable as it ever was, but given the ease today in accessing images of anywhere in the world, from anywhere in the world, it’s no longer sufficient to photograph a spectacular place – one must tell a story, describe something unique, wow their viewer with both execution and emotion. This is of course what our judge, Steve McCurry, has done so effectively over his 40 years-and-counting career – showing us something of a new place, as well as something of ourselves.

The images in this selection are testament to that idea. Between them they criss-cross a path all over our globe – from Bulgaria to Johannesburg, via New York, Cuba, Thailand and North Korea. And yet each one shows us something we haven’t seen before, even when photographing the places we call home. They are artistic and informative, offering something universal as well as something unique to the photographer in that moment in time. Photography has an amazing ability to compress time and distance – taking us to fantastical places thousands of miles away. This selection provides an exhilarating, whistle-stop tour of our little blue dot, and the people that call it home. 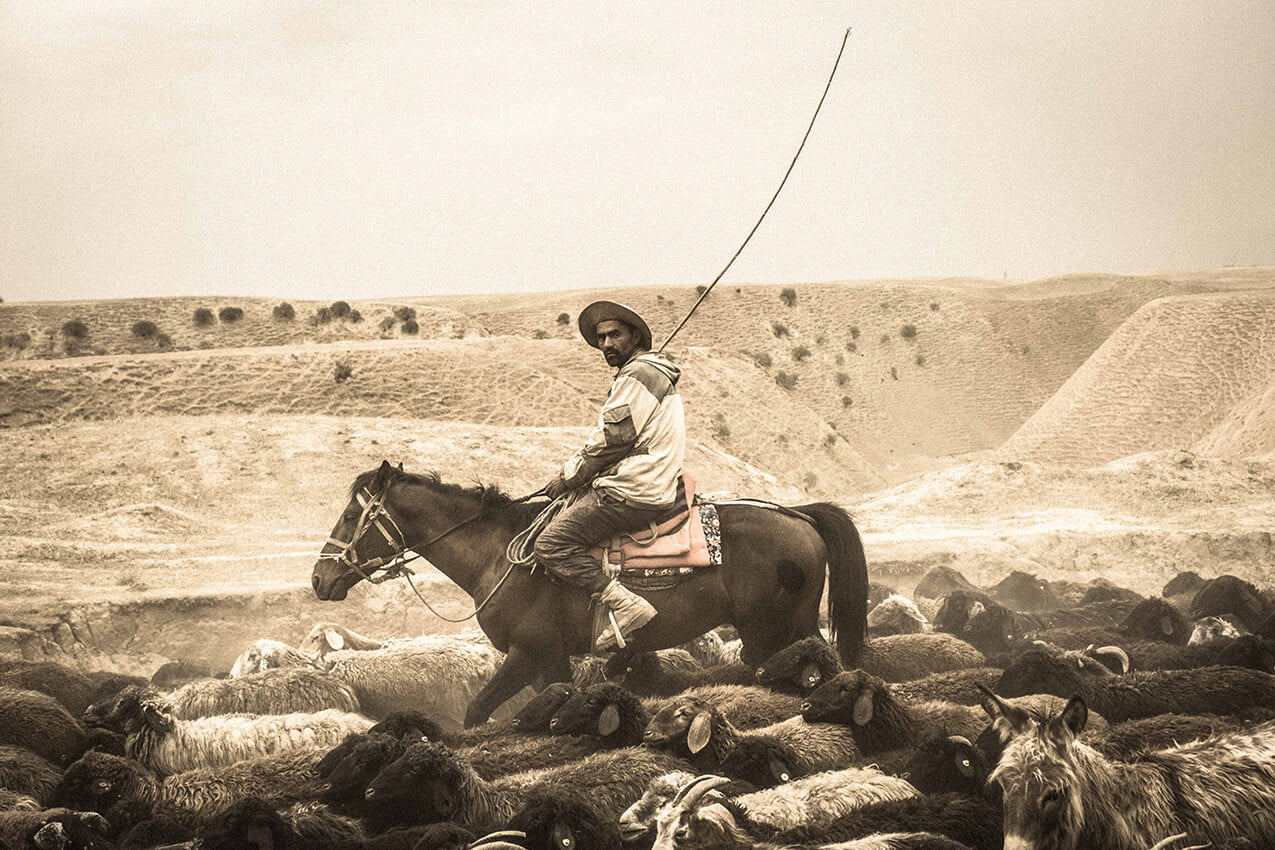 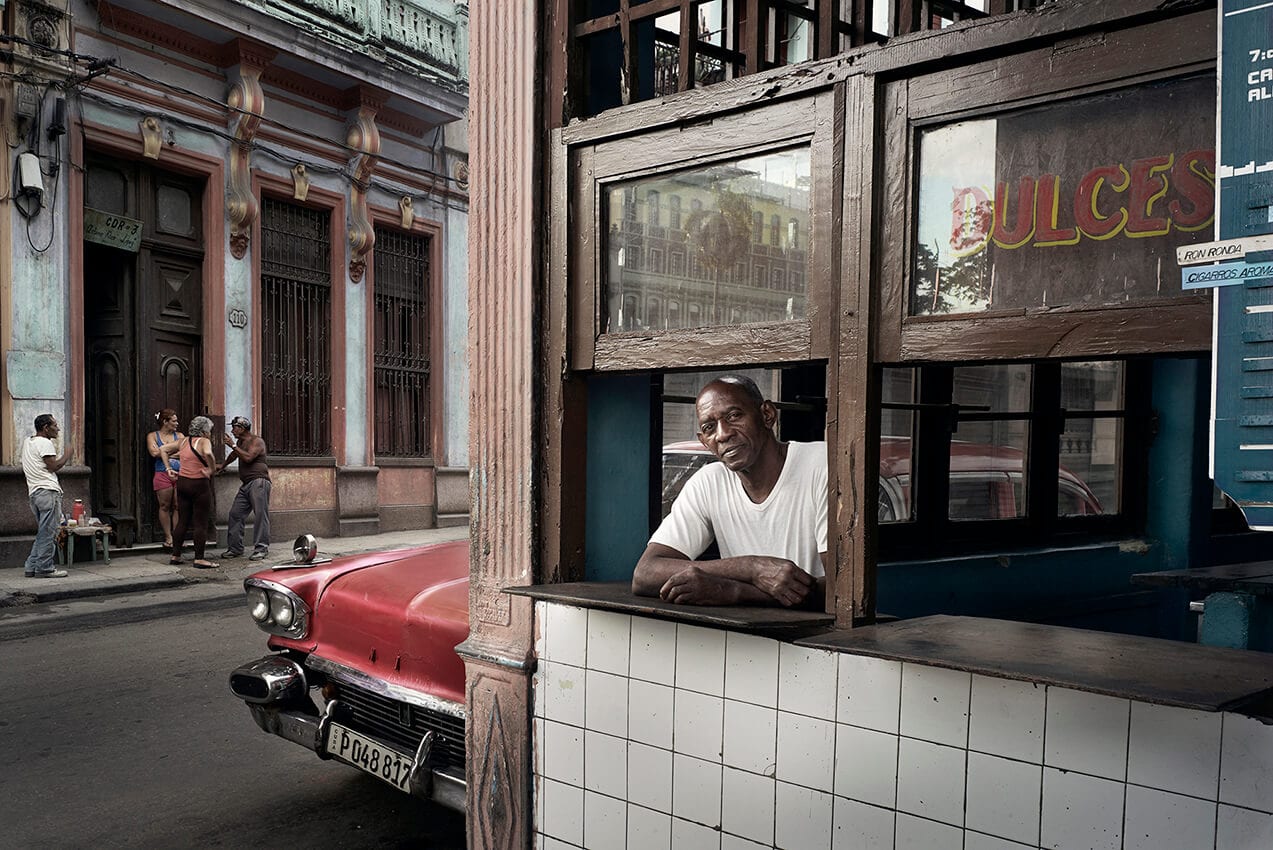 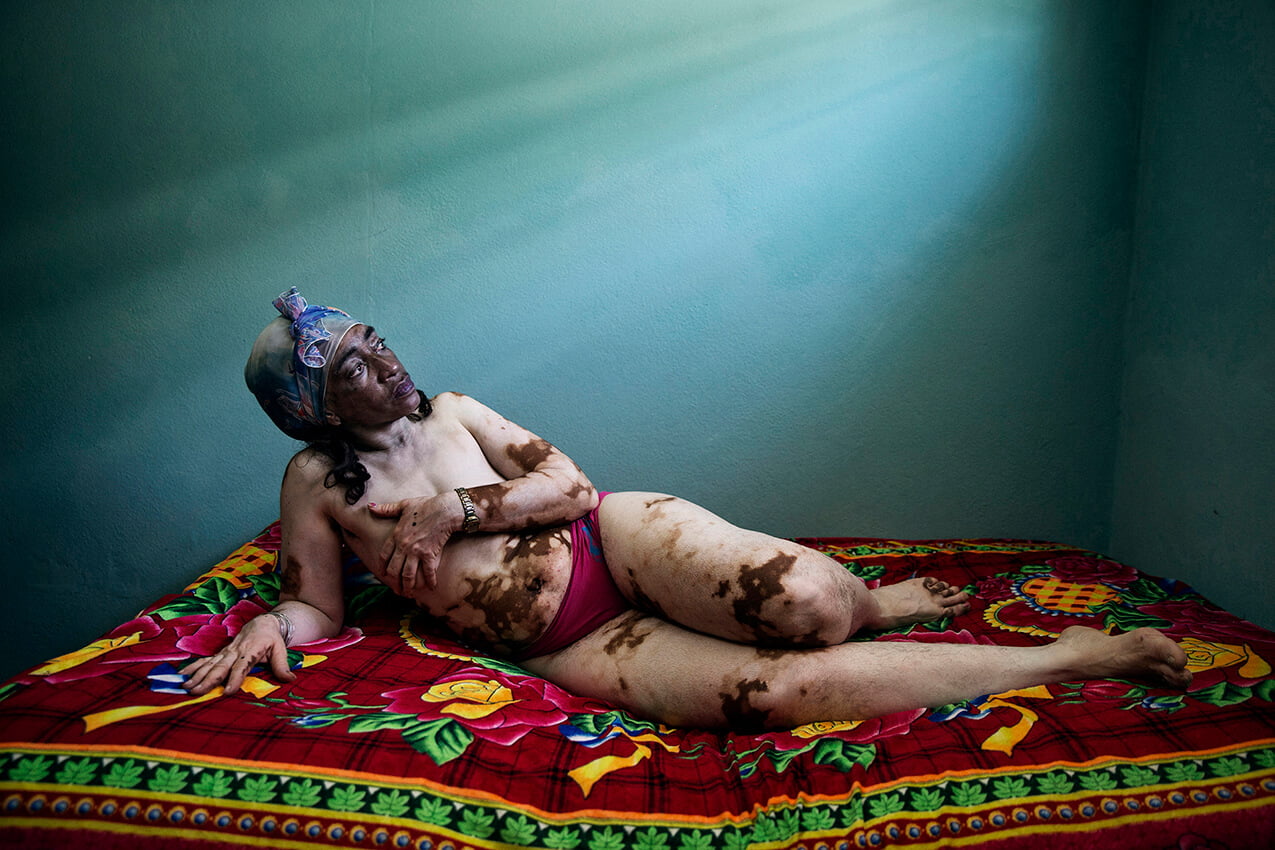 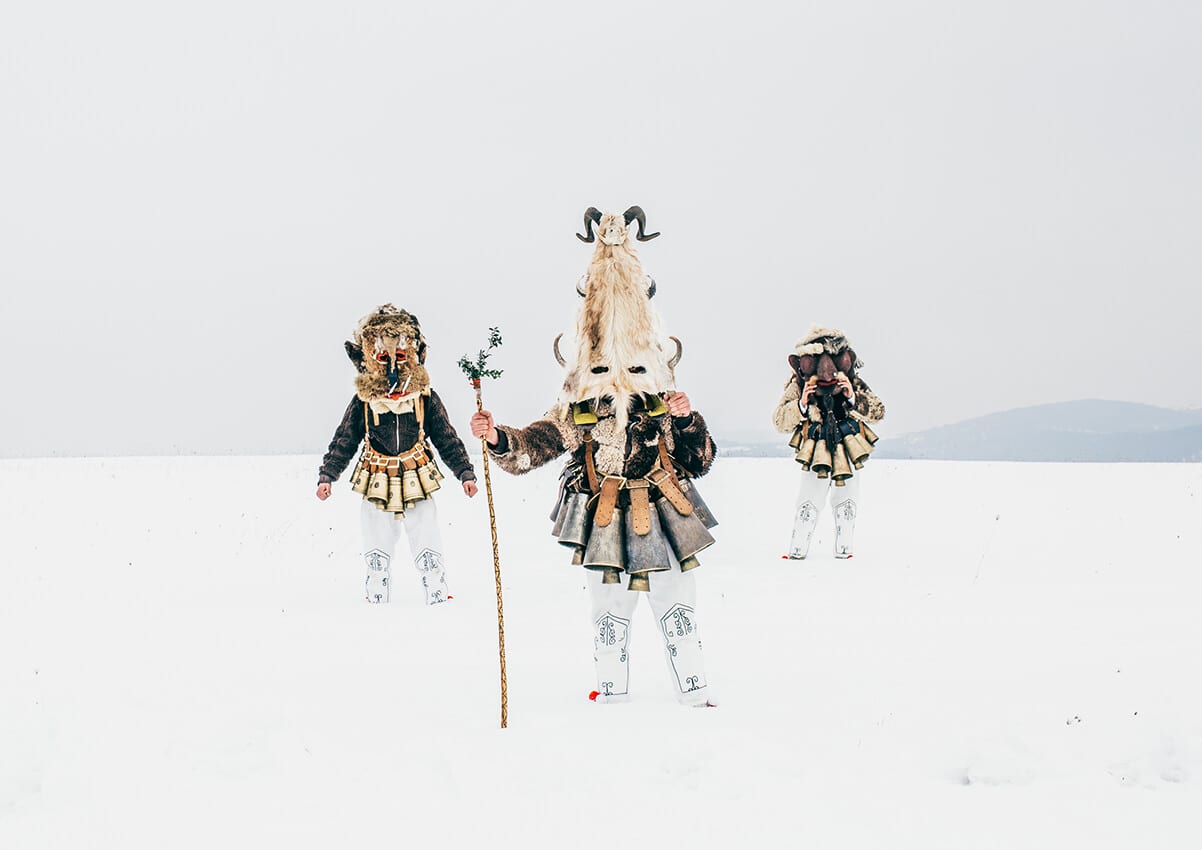 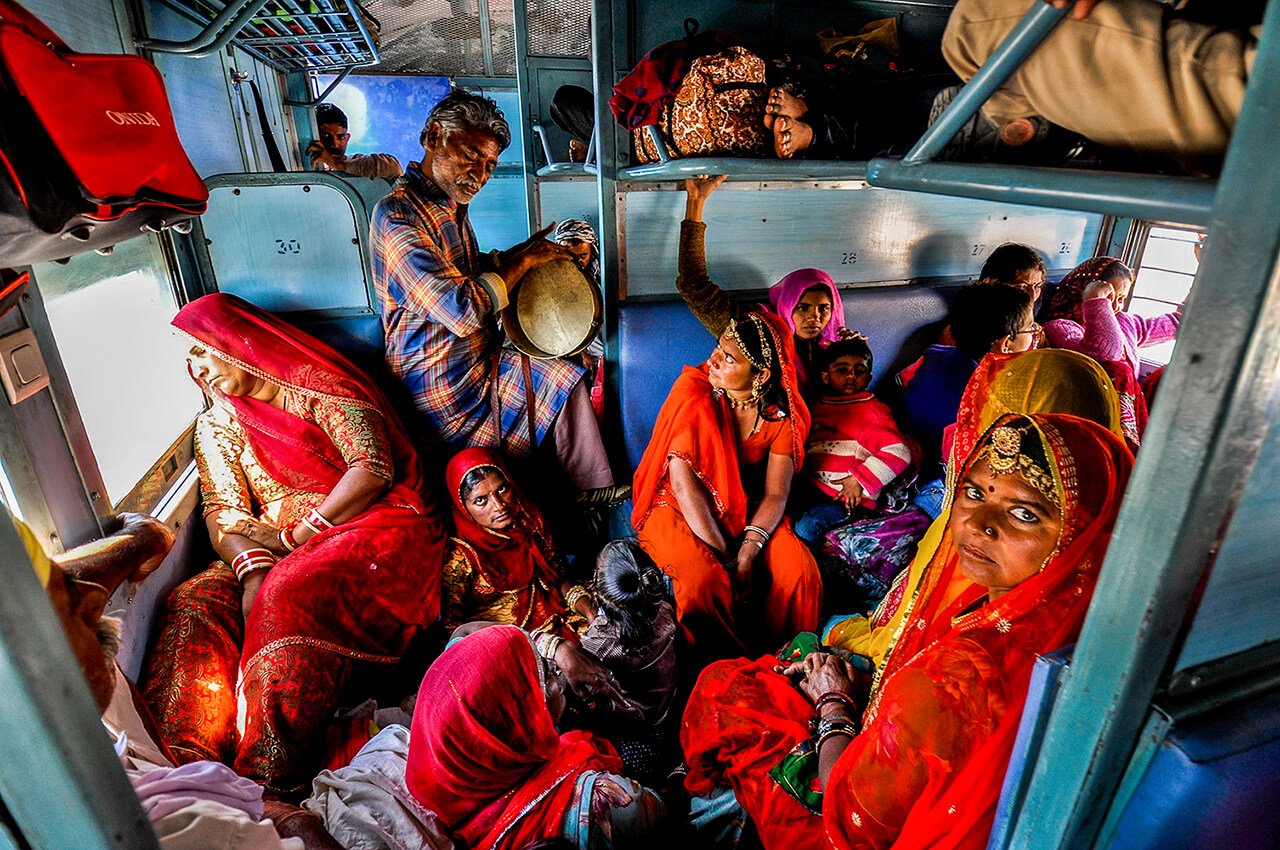 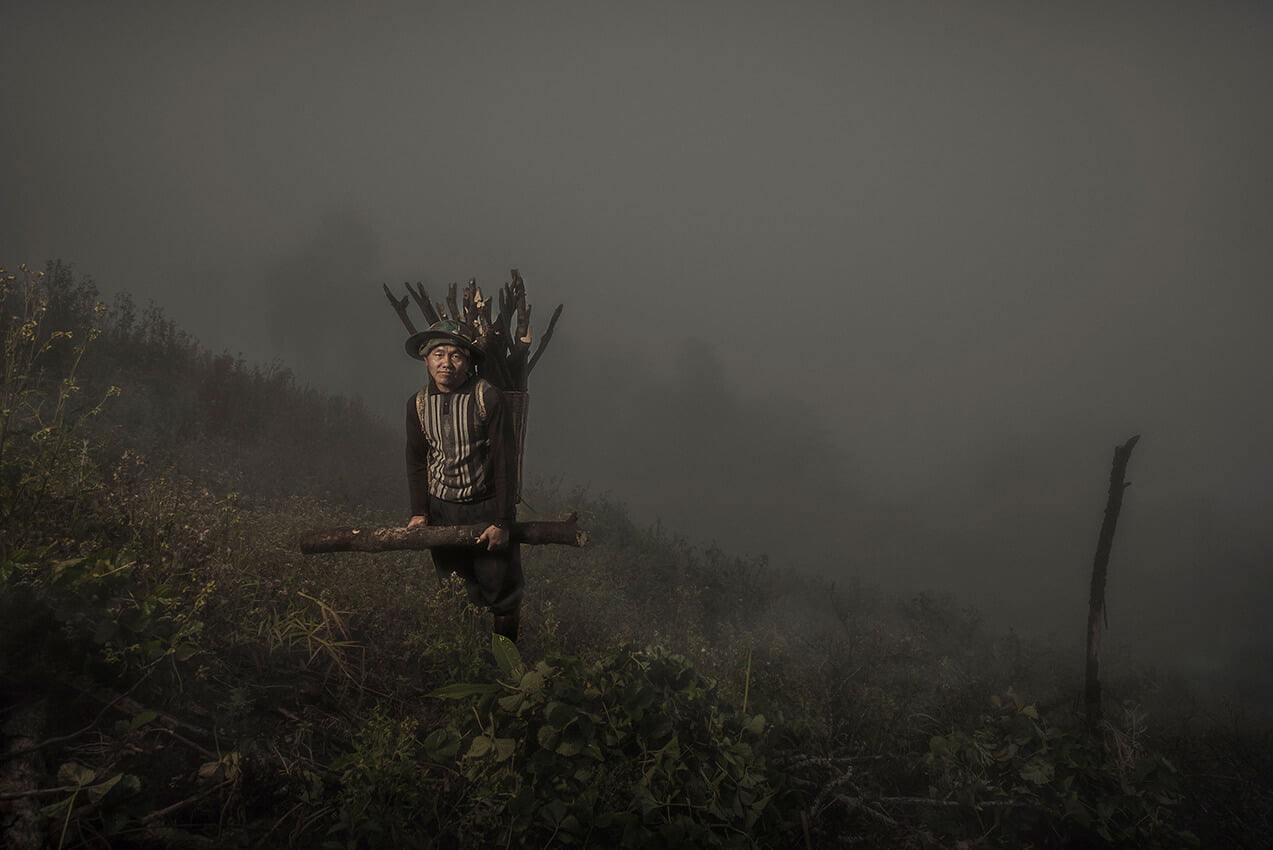 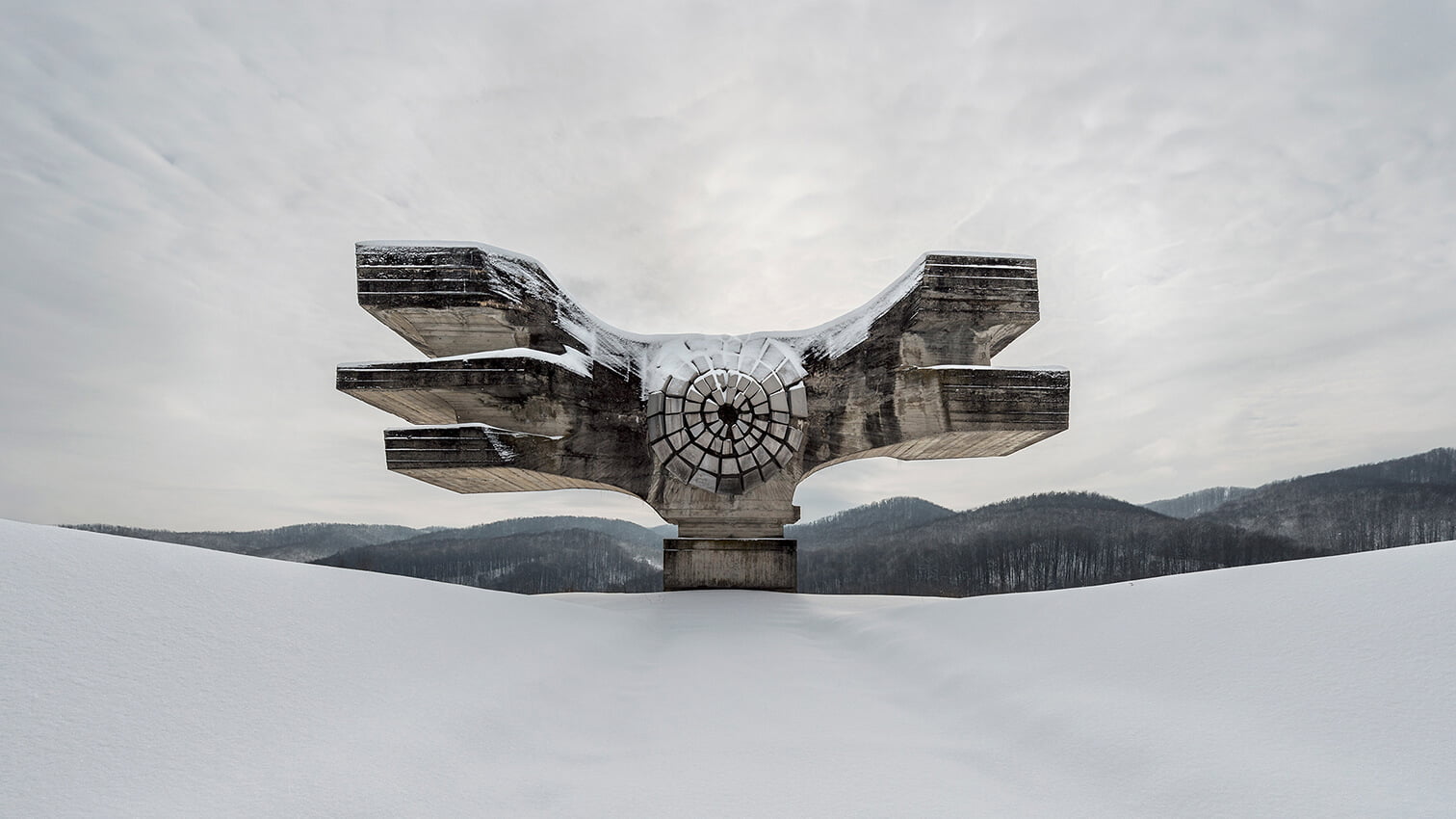 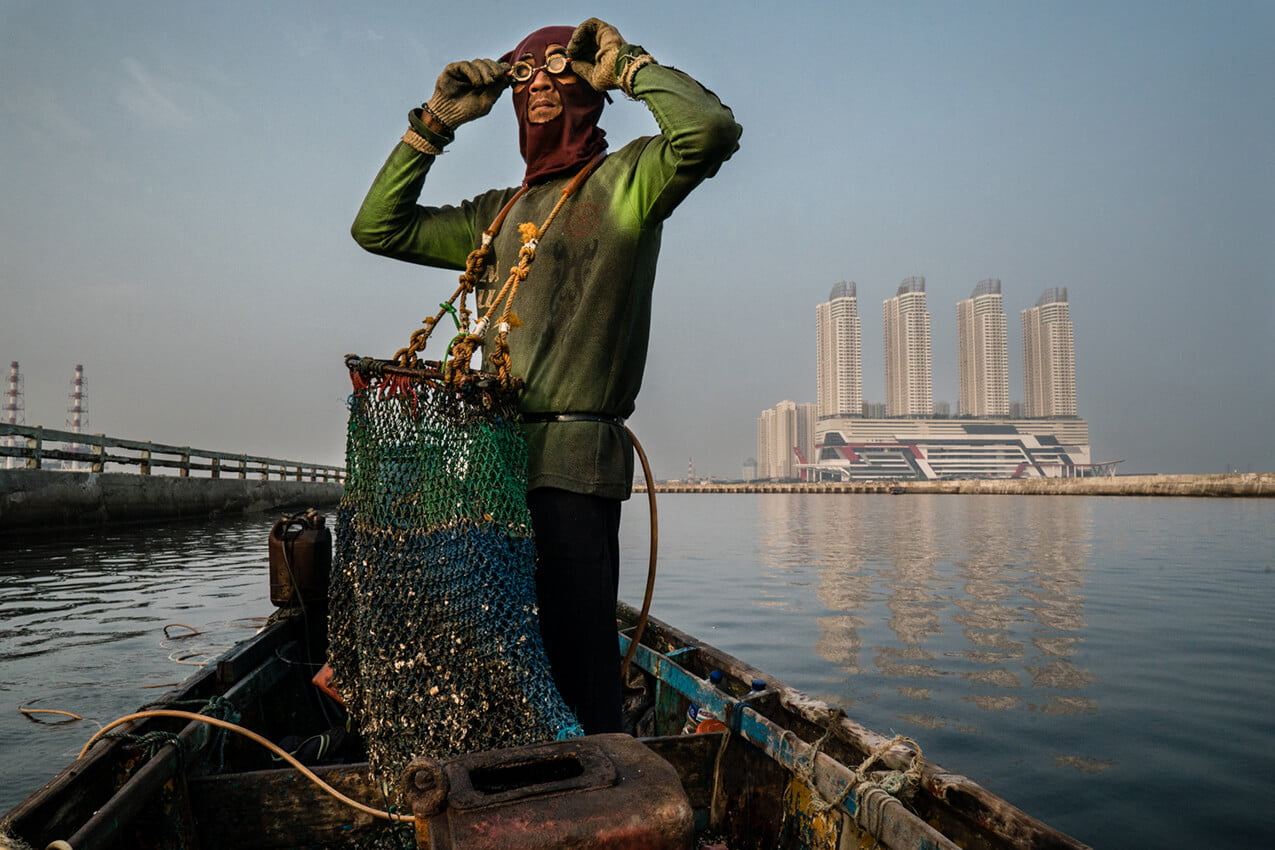 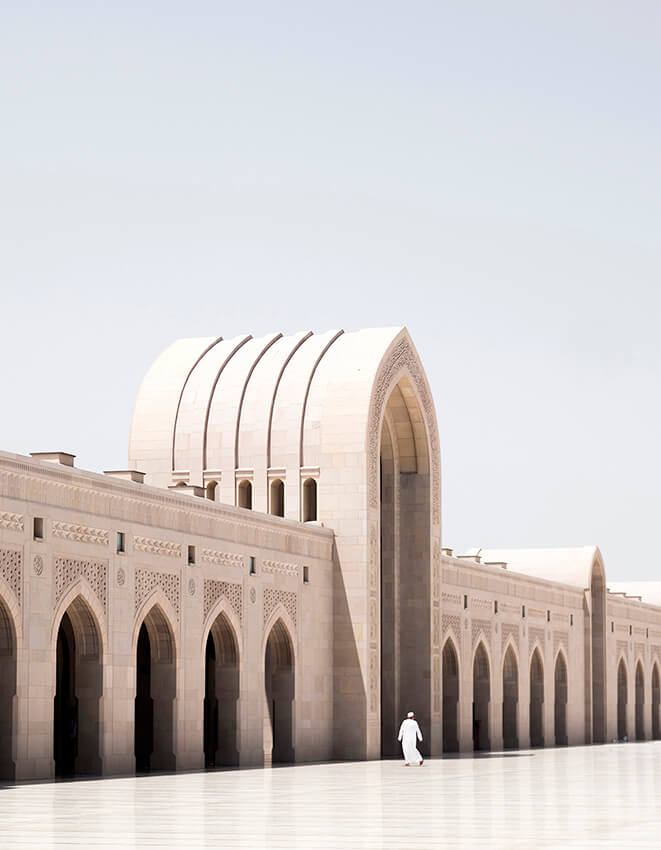 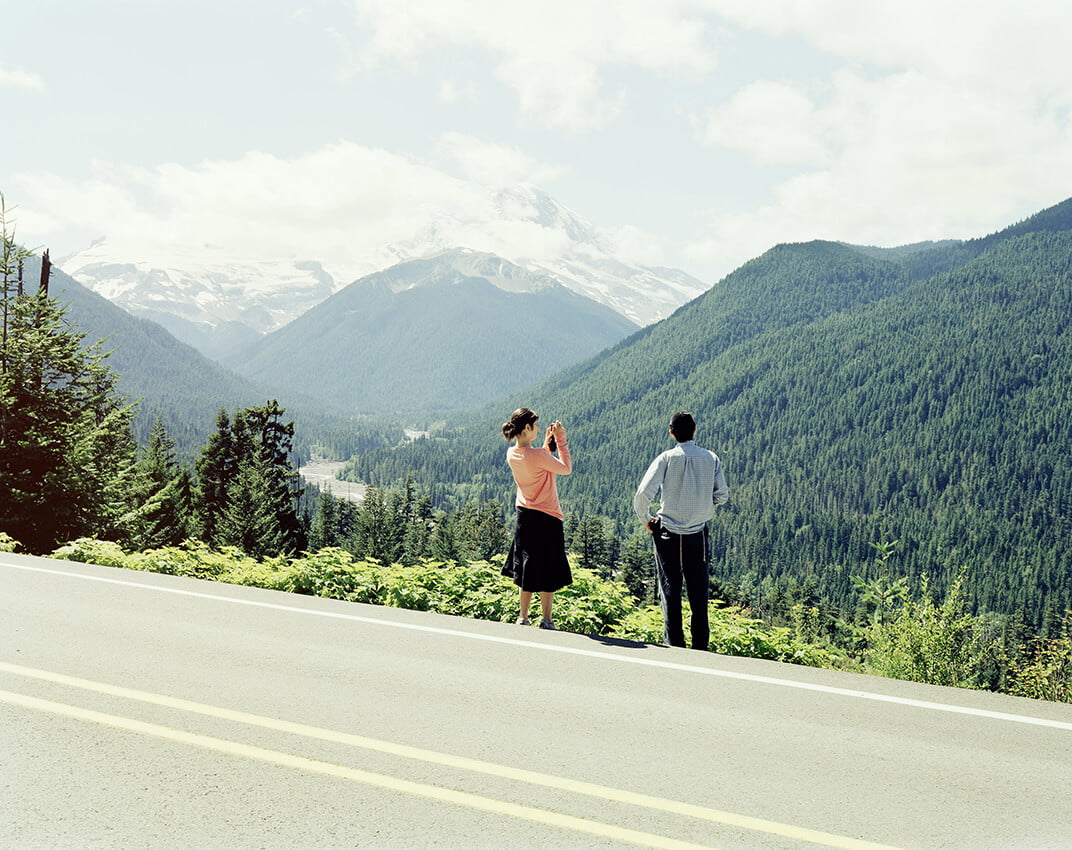 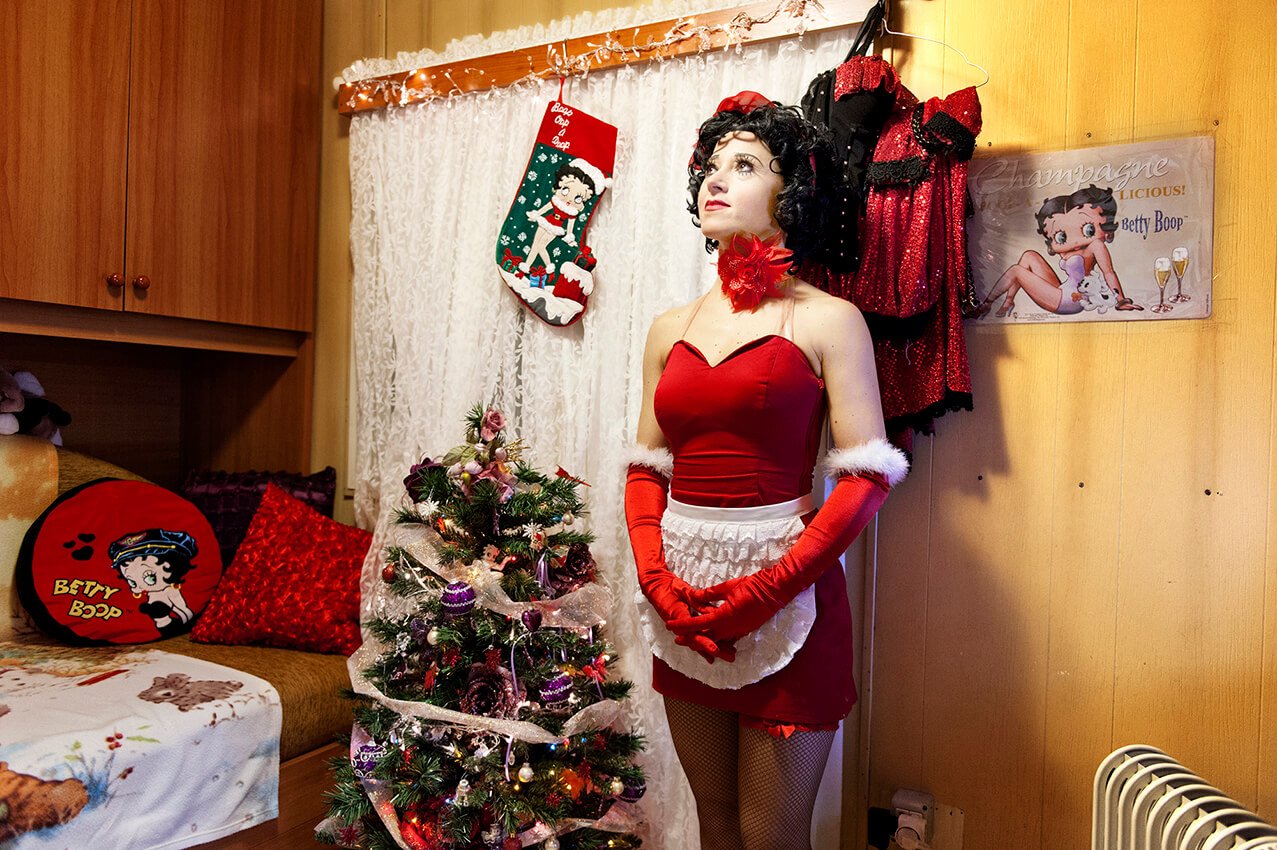 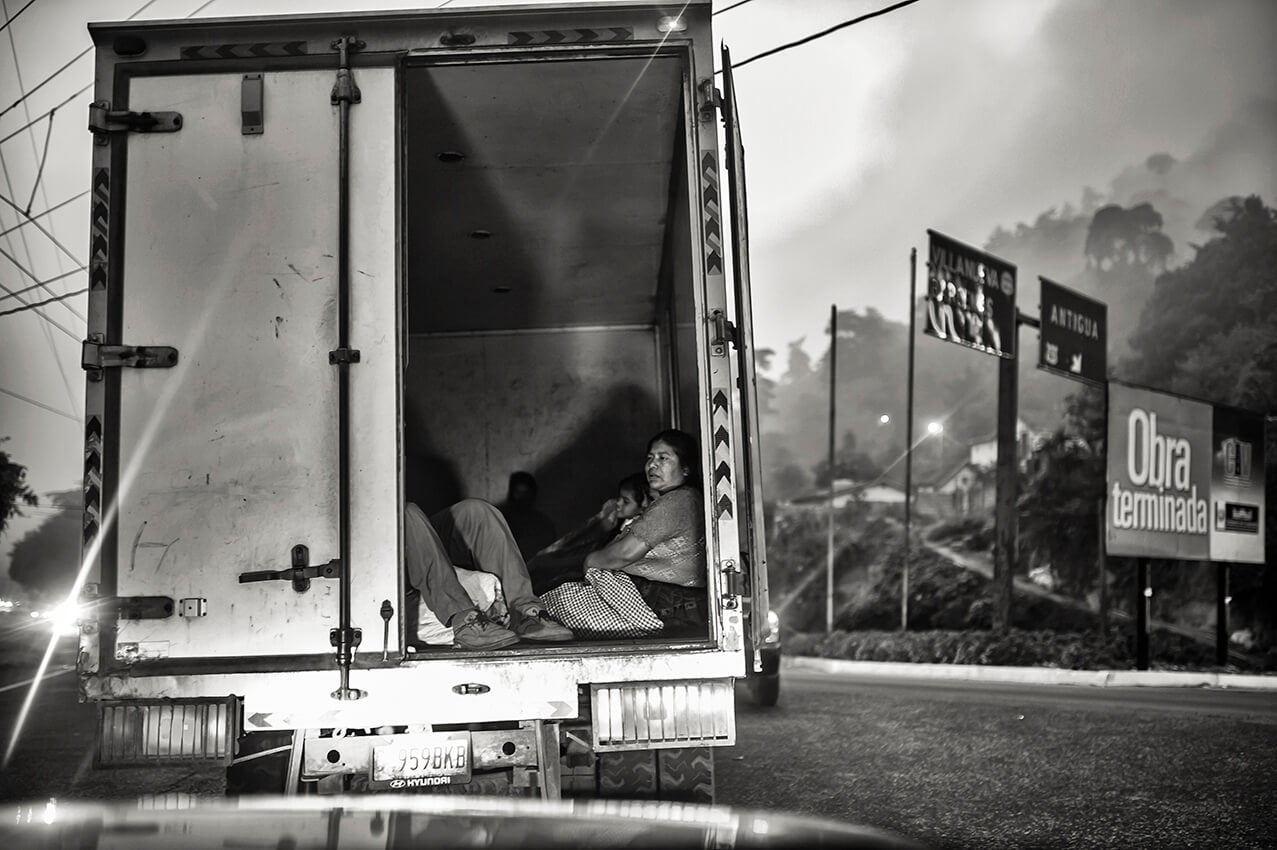 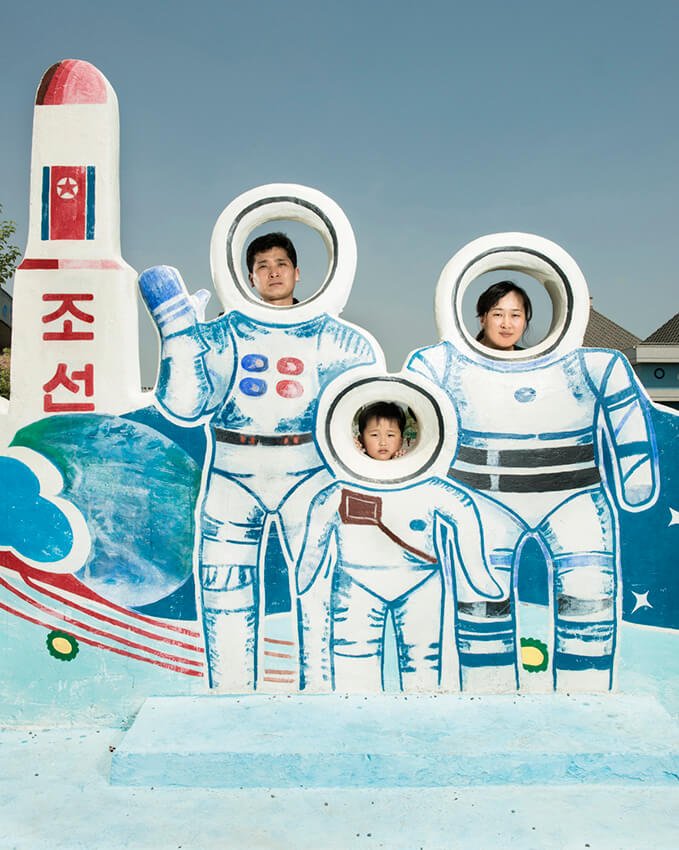 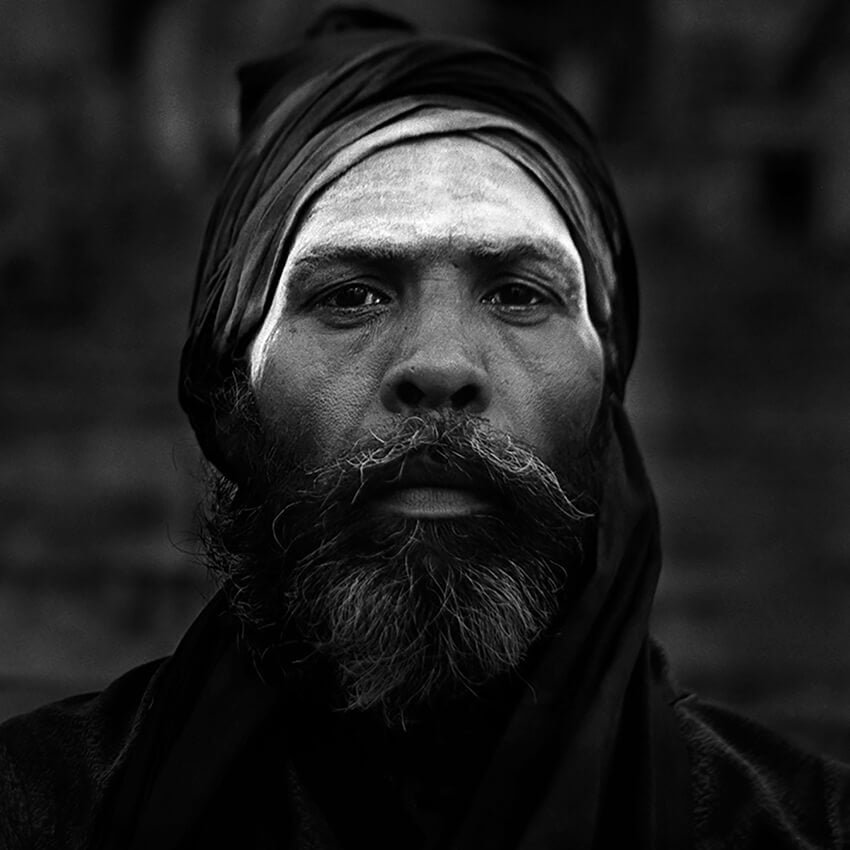 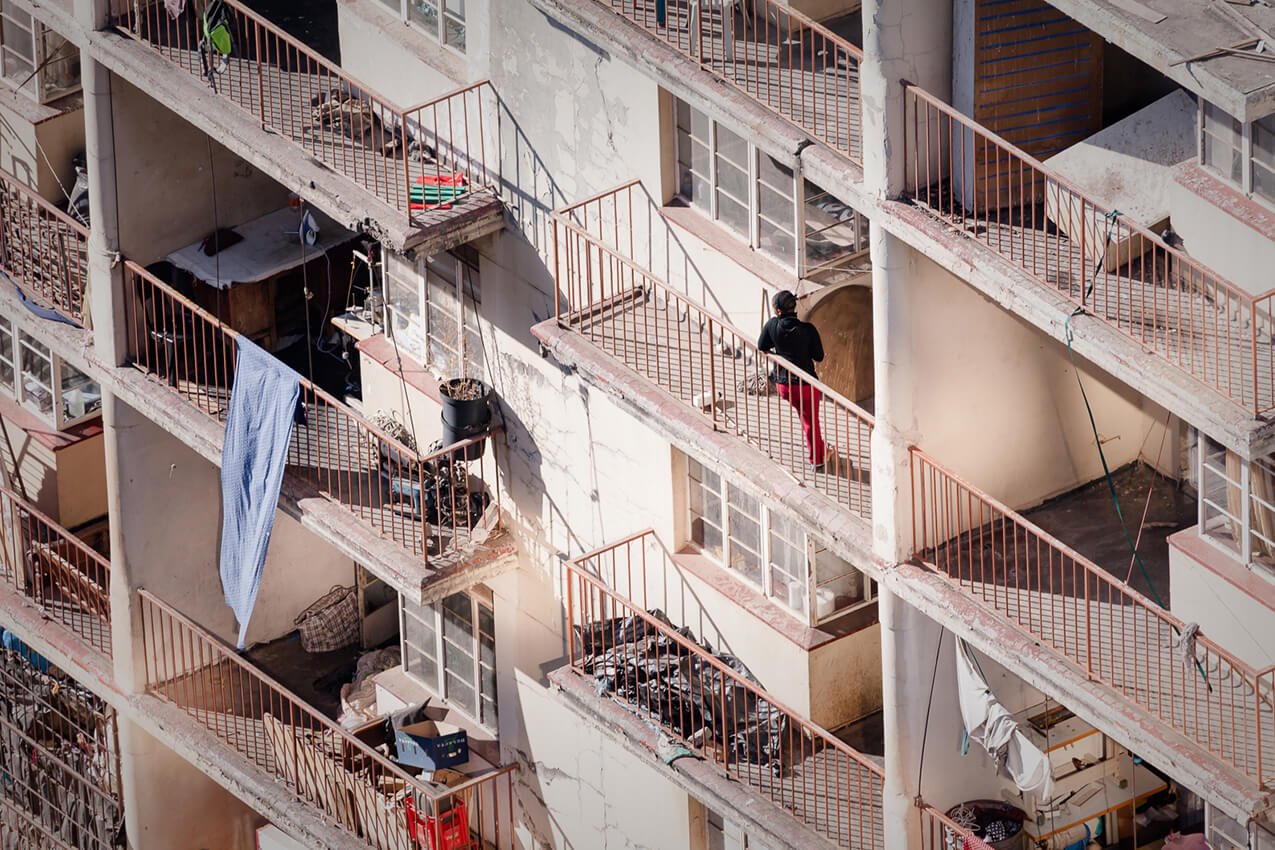 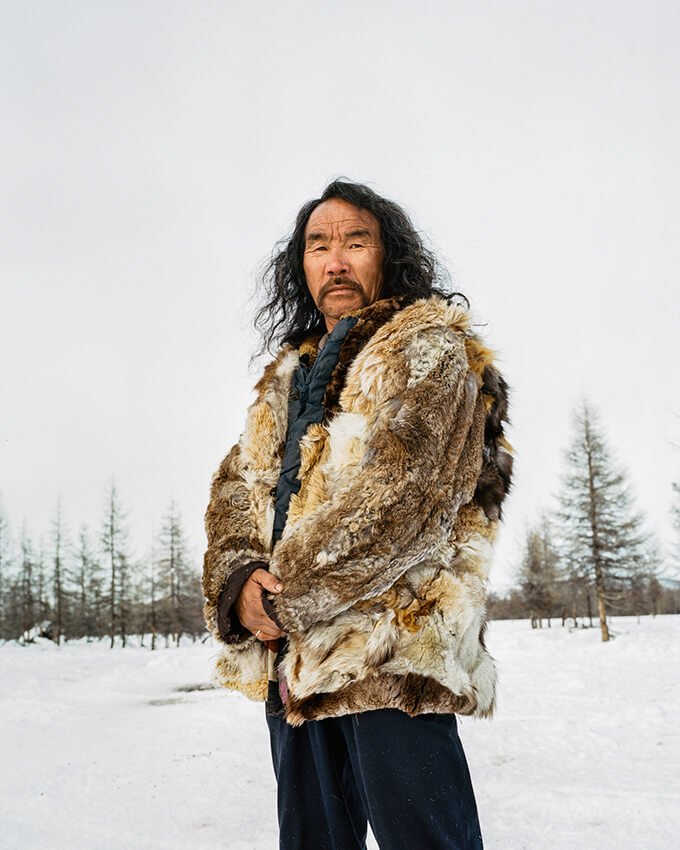 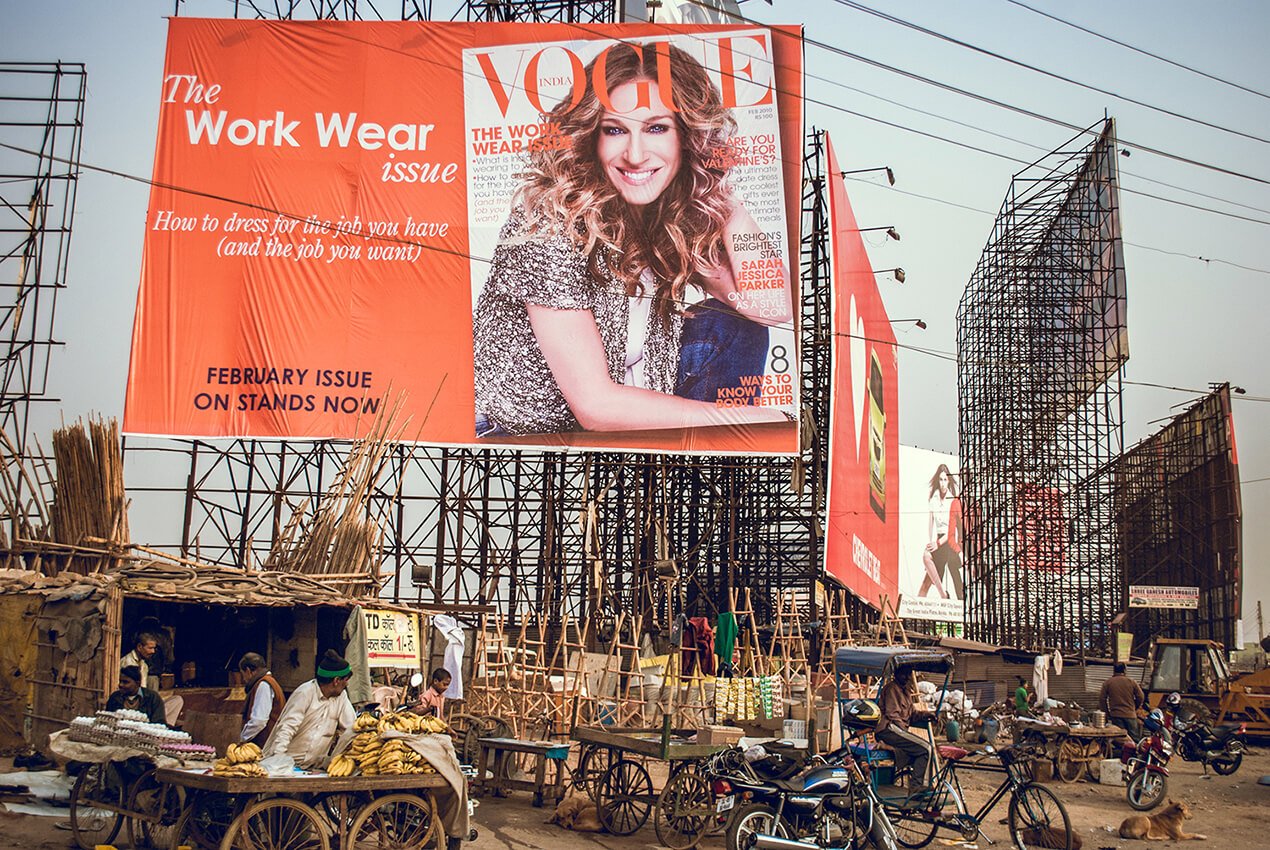 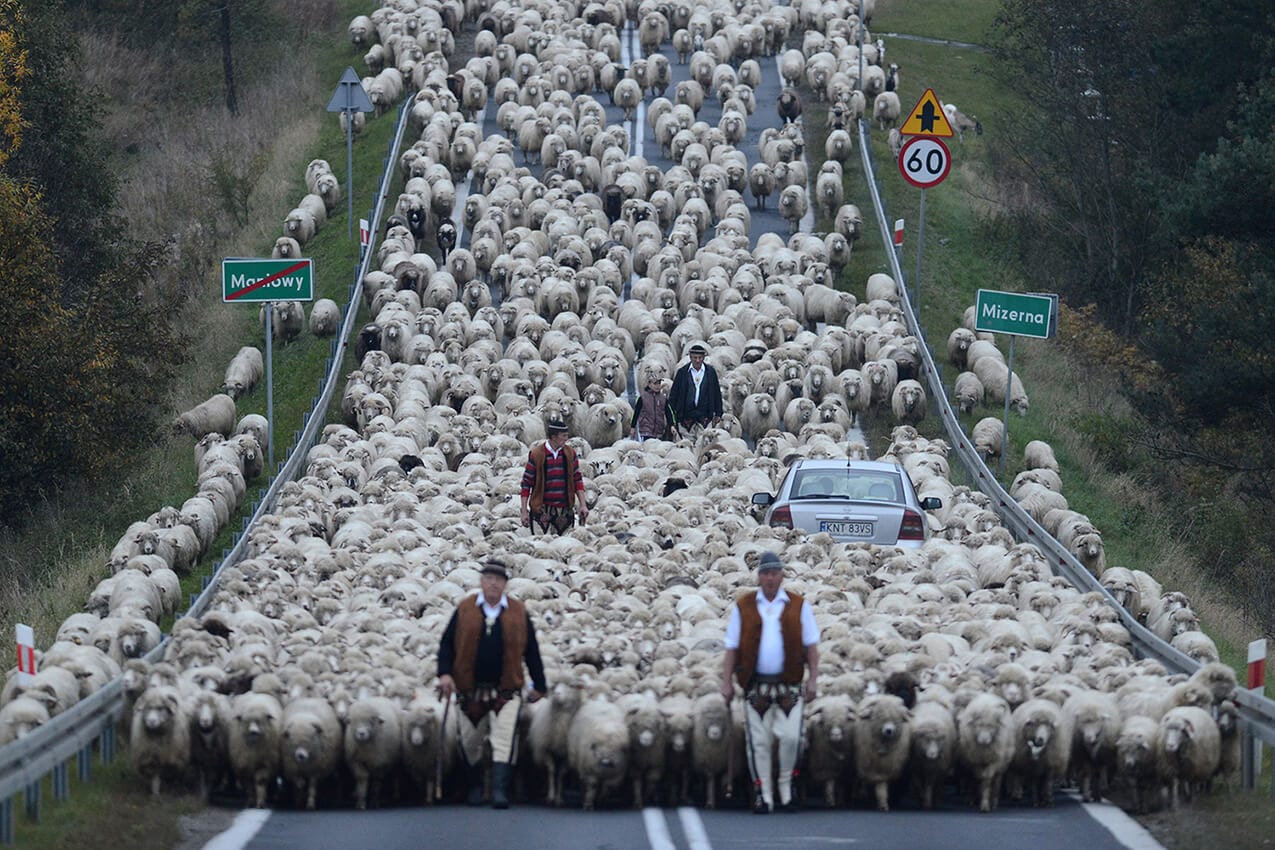 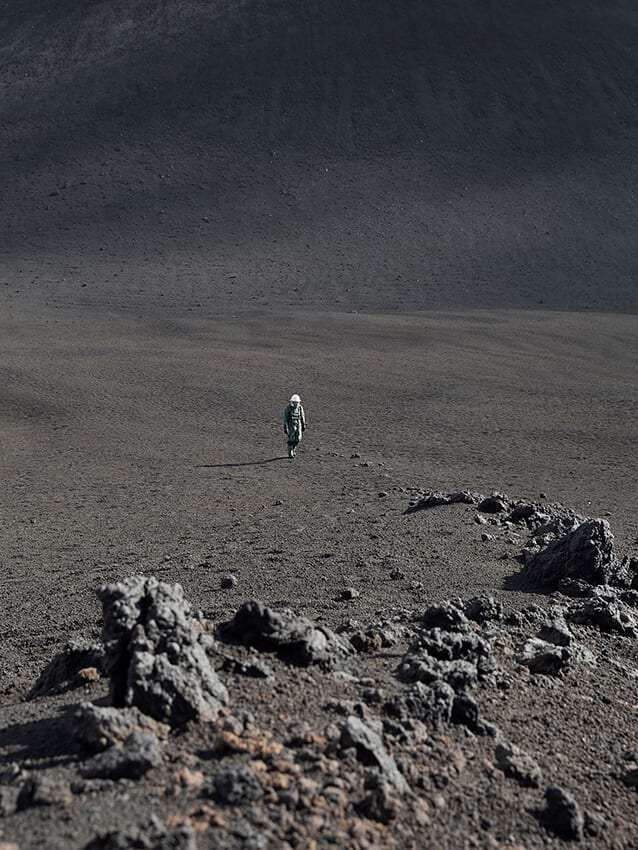 “This is a wonderfully realised shot of a shepherd in Tajikistan – the sepia tone creating something raw and tactile, simultaneously old and contemporary. That in itself is a lovely visual trick – emphasising this simple way of life we are privy to made only possible by modern technology. It feels both recognisable and unfamiliar, just out of reach perhaps. And is that not how travel often feels? Imbued with gorgeous textures, the sheep coats blending into the rolling hills behind, it’s the man’s glance that holds us – dead center of this memorable frame.” – Life Framer

“This is a stunning window into Cuban life, full of cultural signifiers – the ornate but weathered European architecture, the American muscle car, the street conversations, and this man – intently holding our gaze. The dramatic precision with which Markku frames and lights this scene creates something filmic – both intensely real and strangely polished. It’s a beautiful glimpse at the world passing by.” – Life Framer

“This is an extraordinary portrait of Mercedes, a Cuban lady with a rare condition called Vitiligo – a chronic disorder characterized by patches of skin losing their pigment. She lays prone, bearing herself for Rosa’s camera in an act interwoven with both vulnerability and strength. The rays of light pouring in from above echo this dichotomy – perhaps heavenly, perhaps as if in a prison cell – and she leans towards it in deep contemplation. The patterns on her skin juxtapose against the blanket she lays on, and the complementary colors of red and blue pop – catching the viewer’s eye before they absorb the image further. It’s an evocative and elegant portrayal of a remarkable subject.” – Life Framer

“The bold, staged framing of these fascinating characters makes for an exhilarating image. Aron documents the ancient Bulgarian practice of Kukeri – a Pagan festival intended to dispel the evil spirits of winter – here emphasising the arcaneness and mystery by placing its practitioners in a bleak and empty environment where we have nothing to focus on but their ornate and extravagant costumes. Old ceremonies and rituals that continue to live-on in the face of modernity and homogeneity are always interesting, and Aron captures a glimpse of this one in a truly captivating way.” – Life Framer

“Robi expertly captures the bustle and clamor of Indian travel with a scene that pops with color and overwhelms with detail – the drumming man, the feet on the top level, the bright and intricate fabric textures, and the curious travellers glancing camera-wards; our eyes dart back-and-forth the frame in an attempt to absorb it all. A literal view into traveling, the image feels alive with the energy of exploration, the noises, smells and feelings almost palpable.” – Life Framer

“Eike’s portrait of a farmer in Thailand is beautifully staged – the available light used to highlight his subject’s features against the darkness, and his body and the tree stump helping to ground the image as the terrain is otherwise absorbed in a thick, murky nothingness. It’s highly atmospheric, perhaps emphasising a hardship, and in doing so creating something aesthetic and otherworldly.” – Life Framer

“This Soviet monolith towers over its sparse background – a stark emblem to a long past Utopian ideal, now slowly discoloring and decaying in the harsh weather. Strikingly captured face-on by Reginald, it seems hard won. It stands strange and unfamiliar, lopsided and symbolically indecipherable like an alien spacecraft – an emblem to historic beliefs, but perhaps also a reminder of how quickly the world we live in changes.” – Life Framer

“This is a fantastic portrait of a lone fisherman, juxtaposing his simple equipment and humble boat against the tower blocks and gargantuan cruise liner in the distance. The pose in which Kristof captures his subject is superhero-esque and it’s fitting – a celebration of the unsung workers who carve out a modest existence, working long hours and cultivating traditional skills in the face of a rapidly changing world and widening wealth divide.” – Life Framer

“Taken in Oman, this is stunning minimalist photography, drawn from a palette of limited shapes and tones. Ante isn’t afraid to leave empty space, placing the man perfectly in a sparse and assured frame. The pale palette and space makes for something that feels pure and special, a view that the average tourist might not see. It creates space for reflection – an apt emotion given the subject matter.” – Life Framer

“An image taken of an image in progress, Rob gives us a behind-the-scenes view of this beautiful Alpine vista, slightly over-exposed such that the colors are accentuated under the bright overhead sun. The road severs the frame with a stark diagonal – a clear delineation between man and nature, the wild and the tamed. And perhaps this is the exact paradox this image explores – our desire to experience the unspoilt natural world, but unable to do so without marking it. It’s sublime.” – Life Framer

“There was a time when circus entertainers would have been the best personification of world travelers – exotic and adventurous. The heyday of circus may be past but they still exist, and in Paola’s work she documents a small group of such modern nomads who travel with a modestly sized show. This resulting image is quite wonderful – she captures the devotion, the humble lifestyle, and the dreams of stardom – our subject wistfully gazing upwards off-frame, embodying an icon of the fabled, all-pervading American dream.” – Life Framer

“The words “World Travelers” may have a romantic, globe-trotting ring to them, but in today’s socio-political climate they also trigger thoughts towards the arduous voyages of migrants and refugees, escaping war, famine and poverty. Bram’s candid image of a family in the back of a truck in Guatemala may or may not this idea as its truth, but it’s what comes to mind when the neutral viewer examines it. A product of its time. It’s wonderfully captured – the oft-kilter framing and harsh light from car headlights creating something dynamic and exhilarating.” – Life Framer

“This image, of a North Korean family posing at a space centre has a gentle comicality to it – the man and son’s straight expressions at odds with the bright colors and cartoonish astronaut characters they inhabit. North Korea is notoriously private, and we only see a certain perspective from outside – one of discipline and obedience, poverty and hardship, and a despot leader with his finger poised over a nuclear button. To see something different – space for fun, play and exploration – is quite special, a touchpoint for empathy between our lives and theirs. And yet that this family seems so guarded – that what should be a silly and light-hearted moment is imbued with a weight of concern, is very telling. It’s an image that says so much – both subverting and hardening our assumptions as total foreigners.” – Life Framer

“Every so often a portrait stops you in your tracks – the result of a profound connection between subject and photographer – and this is one such example.
Betina’s framing of a man from her travels in Varanasi, India, is direct and confident, her slightly dropped viewpoint placing the power with her subject – this man whose features are delicately highlighted against the darkness behind. It feels intimate and special, a small moment that momentarily halts you on a whirlwind journey through a new place.” – Life Framer

“Alastair’s aerial view of a Johannesburg apartment block makes for an unexpected viewpoint on the city – the railings and balconies cutting bold diagonal swathes across the frame. It feels privileged and a little voyeuristic – from our distant vantage point we can explore at leisure the clues to the lives of those that call this place their home. The lone figure in the frame gazes wistfully across the scene, and we are afforded a moment to do the same – to place ourselves in this environment, to imagine a life here, somewhere so far from home. It’s a wonderful, quiet image.” – Life Framer

“This is a bold and well-executed portrait of Sacha, a nomadic reindeer herder living in the brutal conditions of the Arctic Tundra. Photographed from a low vantage point his strength and hardiness is accentuated, standing defiant in the face of gruelling weather and, as Alexis describes in his statement, the disruption of climate change.” – Life Framer

“Hezy’s tight framing and monochromatic palette brings a simplicity to this busy urban scene – presenting us with a modern mosaic of concrete, steel and glass, light and shadow. Downtown New York can seem hectic and overwhelming but Hezy creates order from the chaos, and in doing so creates a unique perspective on a place steeped in photographic cliché.” – Life Framer

“A quite extraordinary juxtaposition of cultures, Christian’s image speaks of the pervasiveness of Western media, and the ever-increasing gulf between this world’s ‘haves’ and the ‘have nots’. These colossal advertisements – signifiers for inescapable ideals of beauty and consumerism – loom over a world both metaphorically and literally miles away.” – Life Framer

“Through clever, symmetrical and frontal framing and a compressed depth of field, Bartlomiej squeezes and warps our perspective to create a striking scene – this flock of sheep like an oncoming tidal wave, cars and shepherds swept up in it. It is in fact Redyk, an annual march of in southern Poland, and Bartlomiej captures a memorable view of the tradition.” – Life Framer

“In Diego’s artist statement he describes his intent – to stage scenes in unfamiliar places, playing with the Hollywood aesthetic of space exploration to engage the viewer in a loop between a culturally-created media narrative and its audience. This particular image is arresting in its sparseness and simplicity – this tiny, lone figure in an unforgiving and seemingly endless environment evokes ideas of isolation and loneliness that Diego sets out to achieve. By blurring the line between fact and fiction, the real and the unreal, he comments on the very nature of travel in the today’s world: on the one hand, we’re long past the days of intrepid explorers discovering new lands, with every square meter of the earth having been mapped and photographed. And yet on the other, there are still unfamiliar and breath-taking places to be found, without needing to leave our planet’s atmosphere.” – Life Framer