An interview with William Mark Sommer

“I truly hope we all can make it through this and be able to come together across the world for the betterment of human kind and the world in general.”

William Mark Sommer is a film photographer residing in Sacramento, California. Mark has earned his BFA in Photography from Arizona State University and he has exhibited over the United States and Internationally. In 2020 Mark was picked by Alex Prager for Life Framer’s “Open Call” First Place Award. Mark also has self-published 10 zines and has been featured in publications like Stay Wild, Float, Aint Bad, Booooooom, Analog Mag, The Modern-Day Explorer, among others.

Within Mark’s series he utilizes a long-term documentary mode of storytelling to explore themes of human nature, preservation and empathy. He photographs to further his understanding of a diversity of human experiences, exploring what we hold dear and how our actions shape our environments. He looks for his work to challenge stereotypes by showing the unseen and giving a voice to the misunderstood.

Hi William. Firstly, congratulations on winning our Open Call. What did you make of the judge Alex Prager and the Life Framer team’s comments?

Thank you, it still feels surreal to win the Open Call. I am truly honored to be selected by Alex Prager and to have her write about my photo. Both Alex and the Life Framer team touched on exactly what I was going for within the photo, and I am gracious to both of you for their kind words; this truly made my year. Thank you Alex and Life Framer.

I understand it’s from your series “Dusted”. Can you tell us a bit more about that, and the specific origins of this winning image?

Yes, Dusted is my series that questions the whitewashed narrative of America’s mining history, a version too often presented in history books and local museums. Knowing that mining is destructive by nature, experiencing what this process has done to the earth, and spending time with the people who are forgotten as mines deplete resources, shutter, and move on; I was driven to tell this story. As the sprit of Manifest destiny is continued within the ever-expanding mining industry I look to reveal what was left in the wake of false promises and hopes.

The Lone Cowboy photo came early within my initial exploration and developing phase in creating “Dusted”. When intuitively creating within Monument Valley, I drove up this scene of a man riding a horse to the edge of the cliff as if he was going to go over the edge into nothingness, but the horse stopped suddenly in wait, petrified on the edge as a group of tourist run up and the cowboy dismounts making room for the travellers to have their picture taken like they were John Wayne. When coming home and developing the negatives I was drawn to the complexities of the photo and how it conveys this perceived glory and contradictions of history. This location in Monument Valley is known as Ford’s Point, after the director John Ford who utilized the it for his westerns about how the west was won, and like propaganda, these Hollywood depictions shaped the way history was seen and created this imagined artefact of the west. Detailing these visions of Manifest destiny within the photograph, I look to convey the looting of land these original pioneers perpetrated and to have the photo stand as a metaphor for the many Native lands are being once again seized by the government for mining purposes. 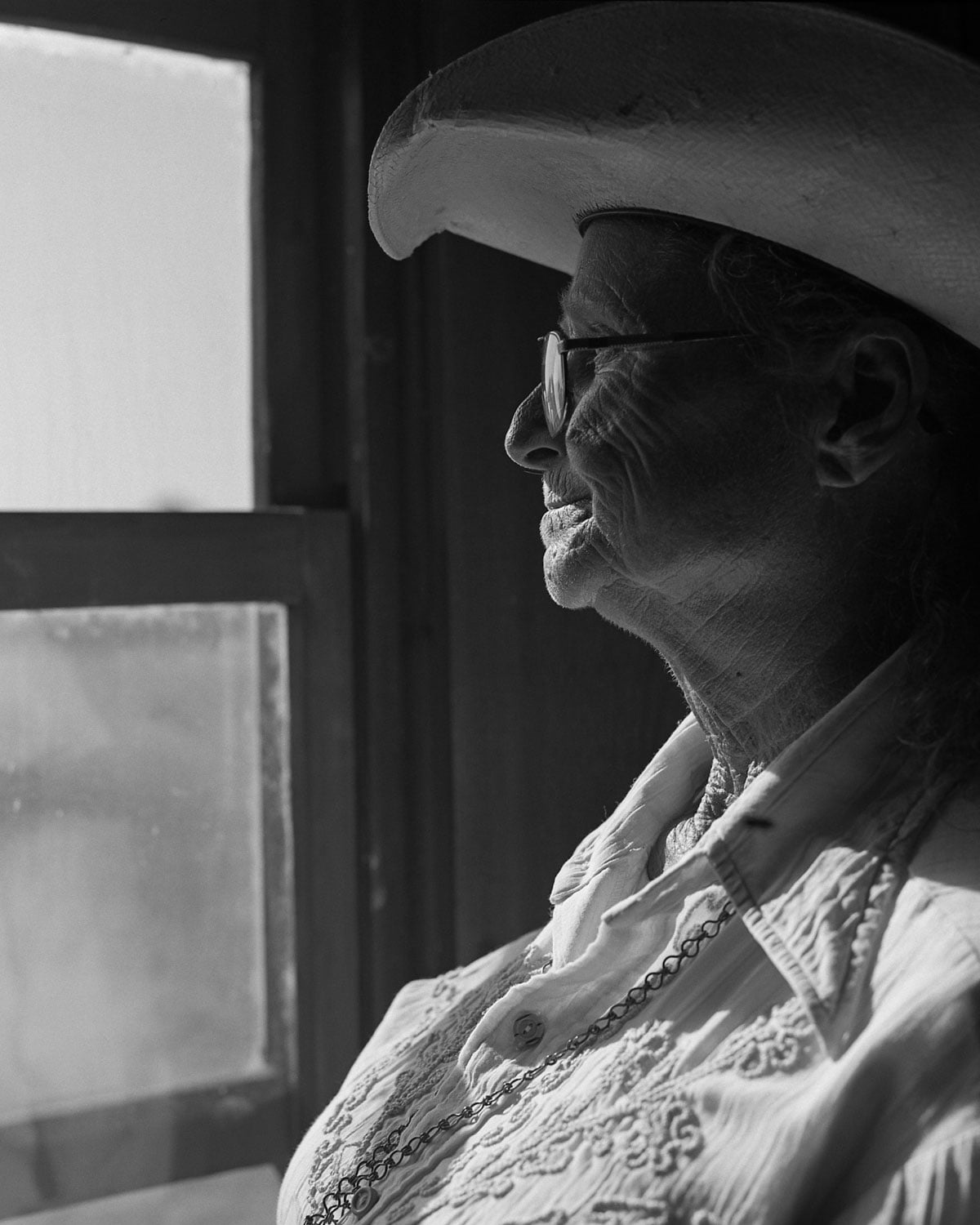 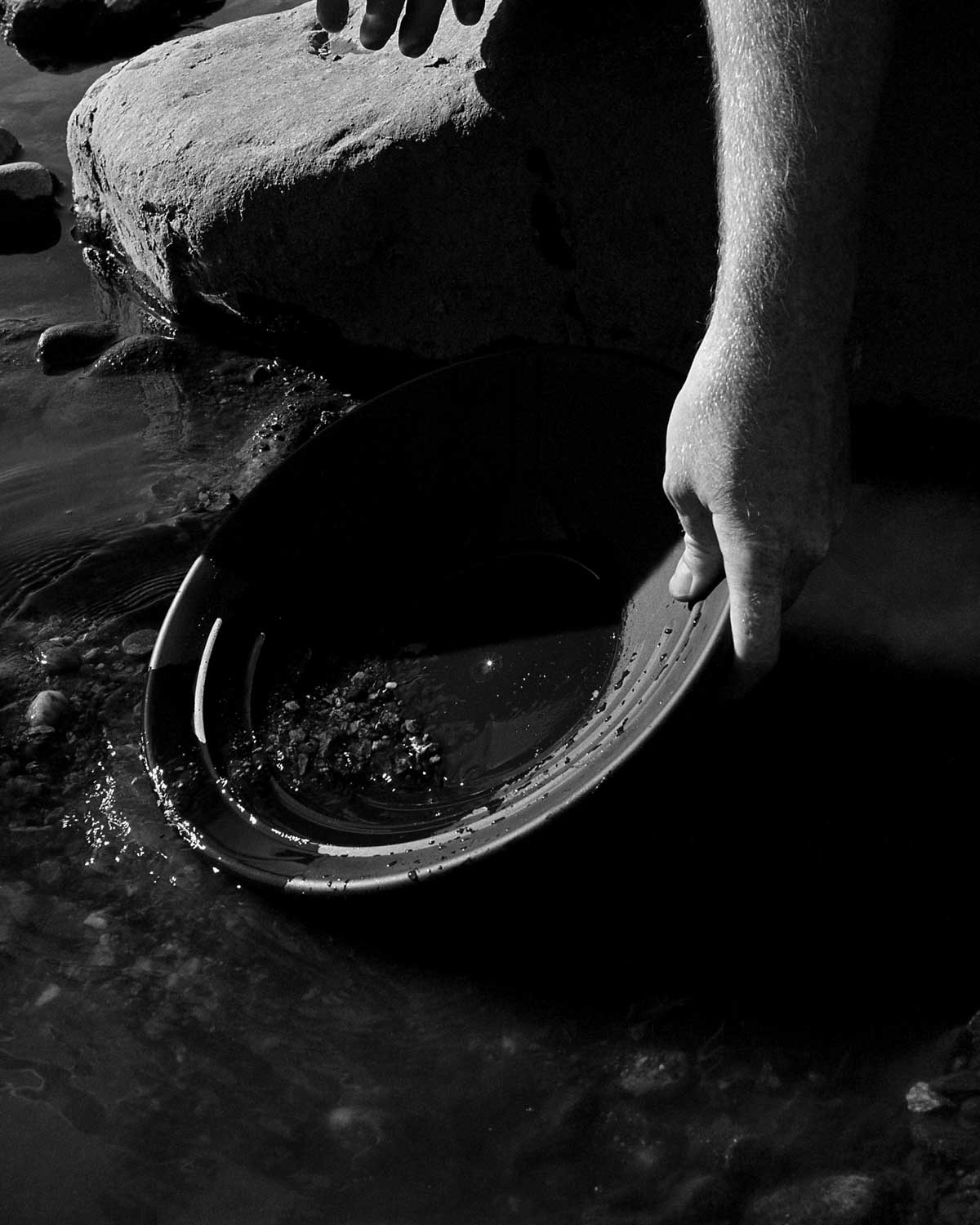