An interview with Virginia Zoli

“The best lesson photography has taught me is to observe the world in a different way, that every place in the world hides a story that matters”.

Virginia Zoli won our fourth theme of Life Framer Edition V, Street Life, with a candid Cuban street scene – an evocative capture which our judge, David Alan Harvey, praised for its ‘mystery’, and it being ‘seemingly nostalgic without being too sentimental’.

Keen to know more, we asked Virginia more about the image, her time in Cuba, and her work with refugees to Italy…

Hi Virginia. Congratulations on winning our Open Call judged by David Alan Harvey. What did you make of his comments?

Thank you again for giving me the chance to have my work judged by David Alan Harvey, I’m truly honored! I find his comment very powerful and full of inspiration. Whenever I do street photography I try to catch the moment of the “unseen”, when people do not know that they are being watched. There’s a kind of mystery behind every person’s eyes, lost in his/her thoughts. I always choose a balance of colors that make my images look like old photographs, more poetic, especially in places like Cuba where time seems to have stopped.

The image comes from your series about Cuba. How did the series come about, and what story were you aiming to tell?

The photograph was taken within a district named Habana Centro, one of the poorest of the capital. I was staying in a ‘casa particular’ over there, and from my little balcony I could see what was happening outside at any time. I noticed that people were living in the street more than I’ve ever seen before in any other country, especially kids. I was fascinated by the way kids were playing outside day and night, freely, using simple things. The authenticity of that particular barrio meant a lot to me, and I thought that the absence of internet might be one of the reasons for of all that simplicity. Because I’m used to see people staring at their smartphones all day long, I wanted to capture the feeling of “freedom” of people living in Habana Centro, beyond any political issue or angle.

Of course David Alan Harvey is best known for his images of Cuba, particularly in the 1990s, which must make his selection of your work even more special. Were you influenced by his photography?

David Alan Harvey’s images have helped me to make a selection of my own photographs of Cuba. I tried to follow the way he narrates Cuba by portraying locals and tourists in different contexts of everyday life. Each of his images has a story to tell and that’s a big challenge for any photographer. It’s been strange for me to walk down the same places where some of Harvey’s photo were taken back in the 90’s.

Can you talk us through your favorite image from the series?

The photo of the blue wall with graffiti of Fidel Castro has a meaning to me. It was taken in March 2018, during the presidential elections. After a few days Raul Castro was not going to be the president of Cuba anymore, a big change in history, the end of the Castro dynasty. When I saw this wall with a broom and a rag leaning on it, I found this scenery really symbolic for that time in Cuba: it felt like someone was going to clean up Fidel Castro’s face sooner or later. 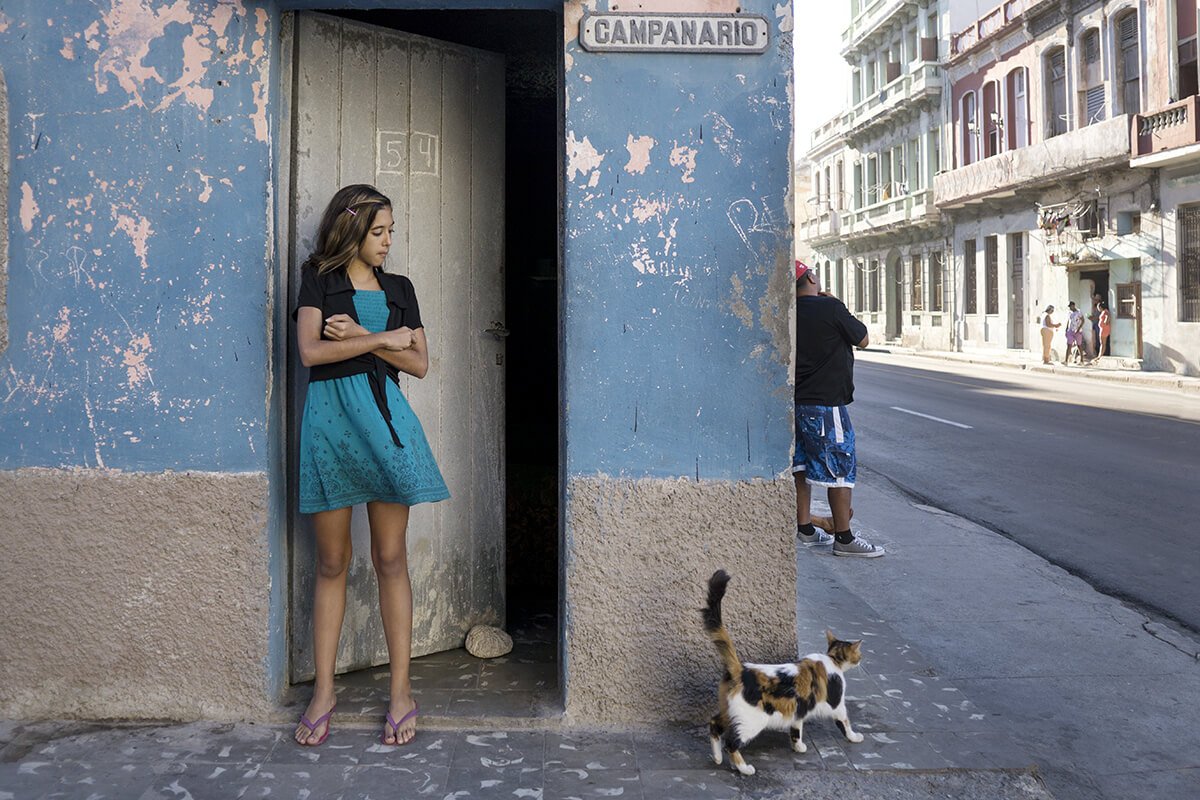 Virginia’s winning image for the theme ‘STREET LIFE’, from her series Cuba 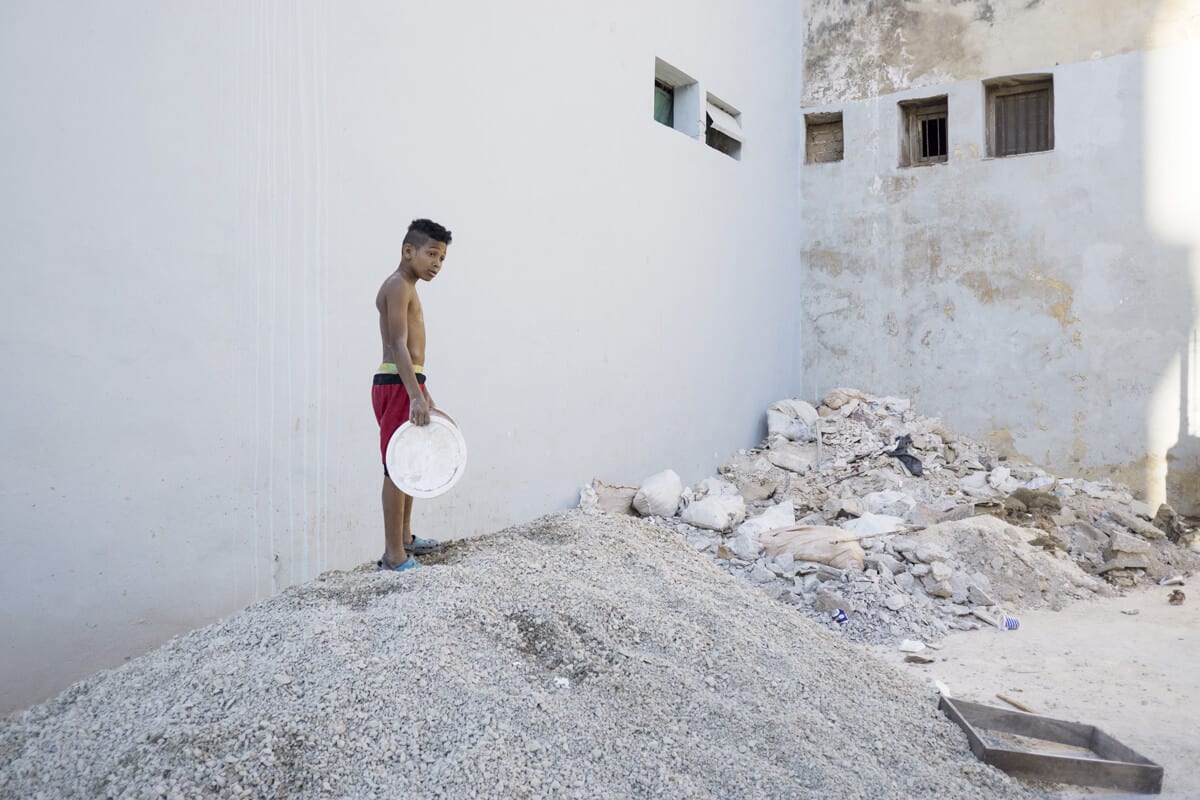 From the series Cuba