Making photographs in the age of ubiquity

This text is an excerpt from the new book Unique: Making Photographs in the Age of Ubiquity, authored by our past judge and collaborator Katherine Oktober Matthews, and available to order from publisher House of Oktober. It’s a thoughtful guide on navigating today’s complex photographical landscape, and ultimately creating images that matter, featuring works by nearly 50 contemporary artists including Laia Abril, Lauren Greenfield and Alexandra Lethbridge. Order your copy at the link above.

Photography is everywhere and everyone is a photographer. So it goes…

We must take as our starting point that photography is ubiquitous, and yet, we nevertheless remain hungry to make more. Our personal devices may be full of photographs that we never review, and still we cannot reach satiation. Our online platforms and shared networks host more images than any person would have the time or sanity to view within a lifetime, and yet we continue to add to the melee with more. There is evidently something essential to our lived experience about the act of taking a photograph.

For those of us who are deliberate makers, this ubiquity is confronting. Audiences scroll quickly through images, scanning and discarding them in less than a second. Photography is so easily and widely accessible that most people take for granted that it should be free. The democratization of photography has morphed into its devaluation. It has become disposable.

In Susan Sontag’s seminal book On Photography, first published in 1977, she wrote that photography’s ubiquity, combined with the passive, undiscriminating approach to photographing, is its “aggression.” Compared with today, her understanding of photography’s ubiquity seems naïve, and calls to mind the common demonstration of a jar that everyone agrees is “filled” with rocks, which is then further “filled” with smaller pebbles, which is then further “filled” with sand. Now, forty years after Sontag’s ubiquity, it seems she was at the stage of photography of large rocks. Life as we know it is certainly filled with photography, though it remains to be seen if we’re at the stage of pebbles, sand, or some other smaller substance that will truly blow the lid off our naïveté. In short, we don’t know just how dense this ubiquity can get.

Against this backdrop, it would be easy to throw up our hands in resignation and leave the picture-taking to tourists, drones, and surveillance cameras. Alternatively, we can choose to be inspired. Rather than being discouraged by ubiquity, we can leverage and learn from it.

But, what does it mean for an image to be “unique,” anyway? We might refer to a print that is a unique object, a style that is distinctly characteristic, an image so powerful it’s rendered iconic, a record of a pivotal moment in history, a matter of profound or original thought, a demonstration of prowess with a difficult or obscure method of craft, or any combination thereof. Beyond simple quality or mastery, the image must leap beyond the masses and the mundane, which is to say the acknowledged world. To be unique is to awaken cognizance in the viewer that she has just had a sublime encounter with the previously unrealized.

This means that 1) to be unique depends upon others both to encounter your work as well as to contrast against, and 2) what qualifies as unique is constantly evolving.

We do not make photographs in a vacuum. We are participants of a world-in-progress, which has already encountered other images and creations. While it used to be the case for instance that photographs of distant lands offered the public something novel, that’s no longer the case; we know what the world looks like now for the most part. Reality continues to evolve, so those types of pictures will continue to be interesting as a reflection of the contemporary, yet it’s no longer the case that they are by default original.

“No one is original and the hunt for originality is a chimera,” Greek photographer Nikolas Ventourakis told me in an interview, advising emerging photographers not to try to be original. Indeed, to be unique or to create something unique is a sporadic and temporary achievement. To build a sustainable practice, it is critical not to fashion the foundation for your dreams upon such shifting sands.

Rather, if we choose to be involved with the pursuit of originality we must take for granted this ephemerality. Unique is not a destination at which to arrive but a movement in a direction, like happiness or relevance. These waypoints require firm grounding in something far deeper and more solid, so that the mere fact of their flitting in and out of sight does not trigger the crippling and repeating agony of failure. It is better not to aim so directly for achieving the unique, but rather to succeed at building the scaffolding that enables it to flourish. To move in pursuit of unique is to create its preconditions.

It must also be emphasized that you are not alone in the world; other people are making photographs, too. If you create a brilliant image that happens to be very similar to an image created by another photographer, one or the other may be deemed less unique, regardless of who had the idea first, who made the image first, or any of these other highly peripheral distinctions. To sit at an editor’s desk is to encounter many of the same images again and again, produced by different authors who each may be convinced of their primacy. Ideas run through the atmosphere, and it is your job not to try to own the idea but to try to express it in the finest way that only you are able. Likewise, just because something has been done before does not mean that it is off-limits to being reconsidered. If you bring your own way of seeing, together with your personal signature as a creator, you will succeed in generating a work capable of standing on its own merit.

There is not a formula for creating unique imagery but there are conditions that enable it: We must understand how photographs work, both as individual encounters and in the aggregate. We must be able to make photographs with honed craft and a distinctive voice. Then, with attention and action, we may move in the direction of unique. 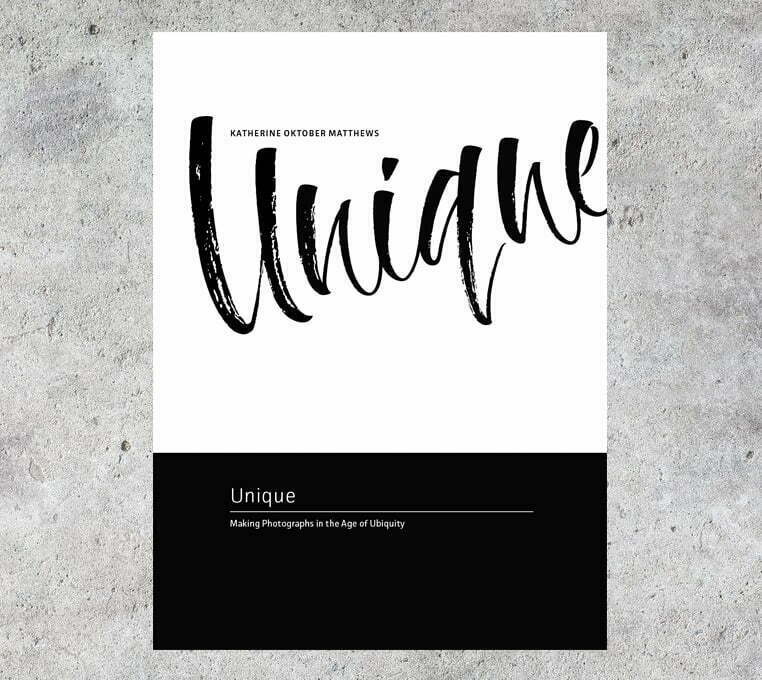