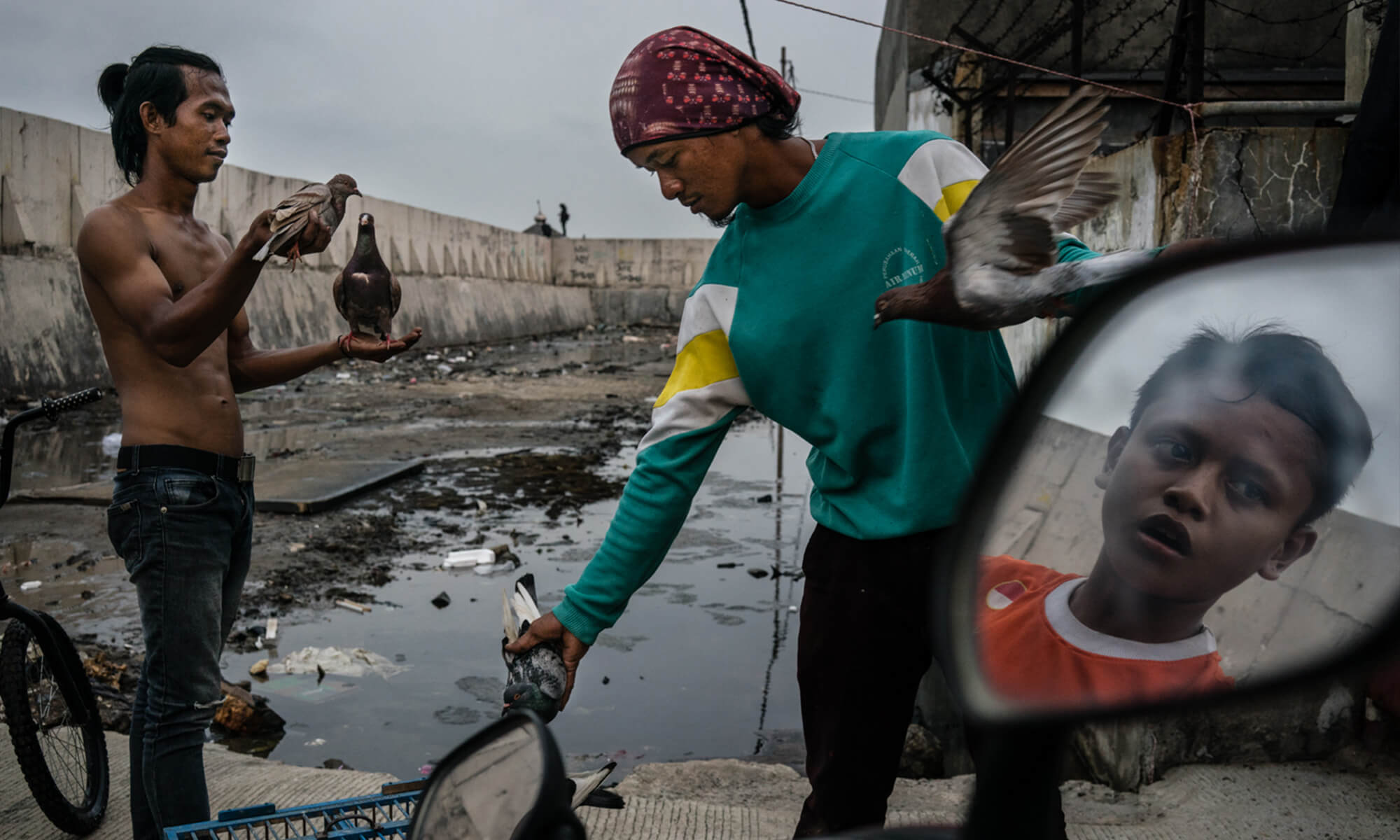 We’re delighted to present the results of the second theme of Life Framer Edition VI, judged by one-of-a-kind Magnum street photographer Bruce Gilden – best known for his candid flash-gun close-ups on the streets of New York.

This selection of images extends far beyond the five boroughs of New York, giving us glimpses into street life in place like Havana, Sao Paulo, Marrakesh, Paris and Glasgow. Like the best city walks with eyes wide open we see idiosyncratic characters, candid moments of coincidence, and unexpected beauty that can stop us face-on in our tracks, or creep up on us, slowly revealing itself and then lingering long after we’ve rounded the next street corner. We see gritty reality side-by-side with dreamlike illusion, urban chaos alongside quiet solitude.

With a genre so accessible and well-trodden, this set is a reminder that there’s an infinite number of stories, vistas and details to capture. And a reminder that with photographers working at this level, the results can be mesmerizing. They inspire us to always keep wandering and exploring – mentally and physically.

Congratulations to the selected photographers and to everyone else who submitted. Enjoy! 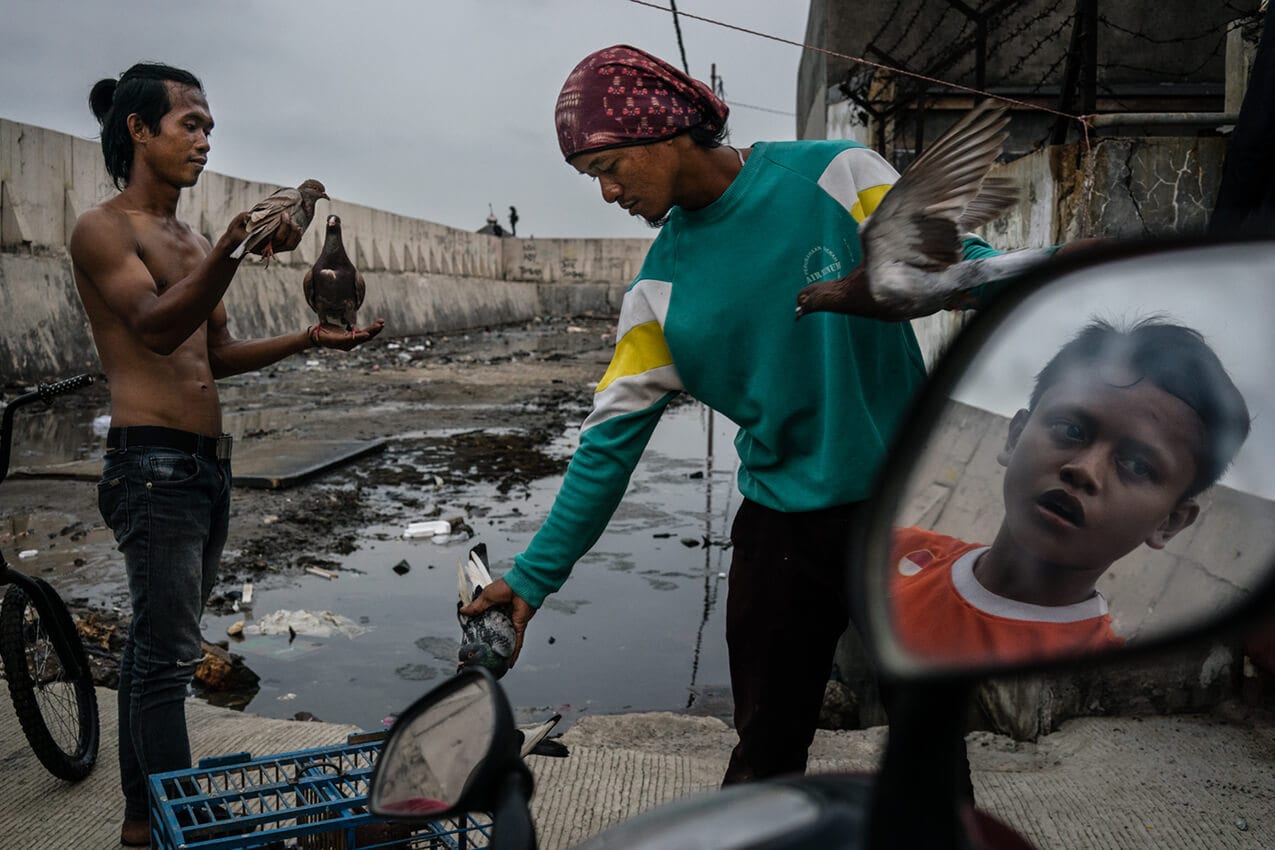 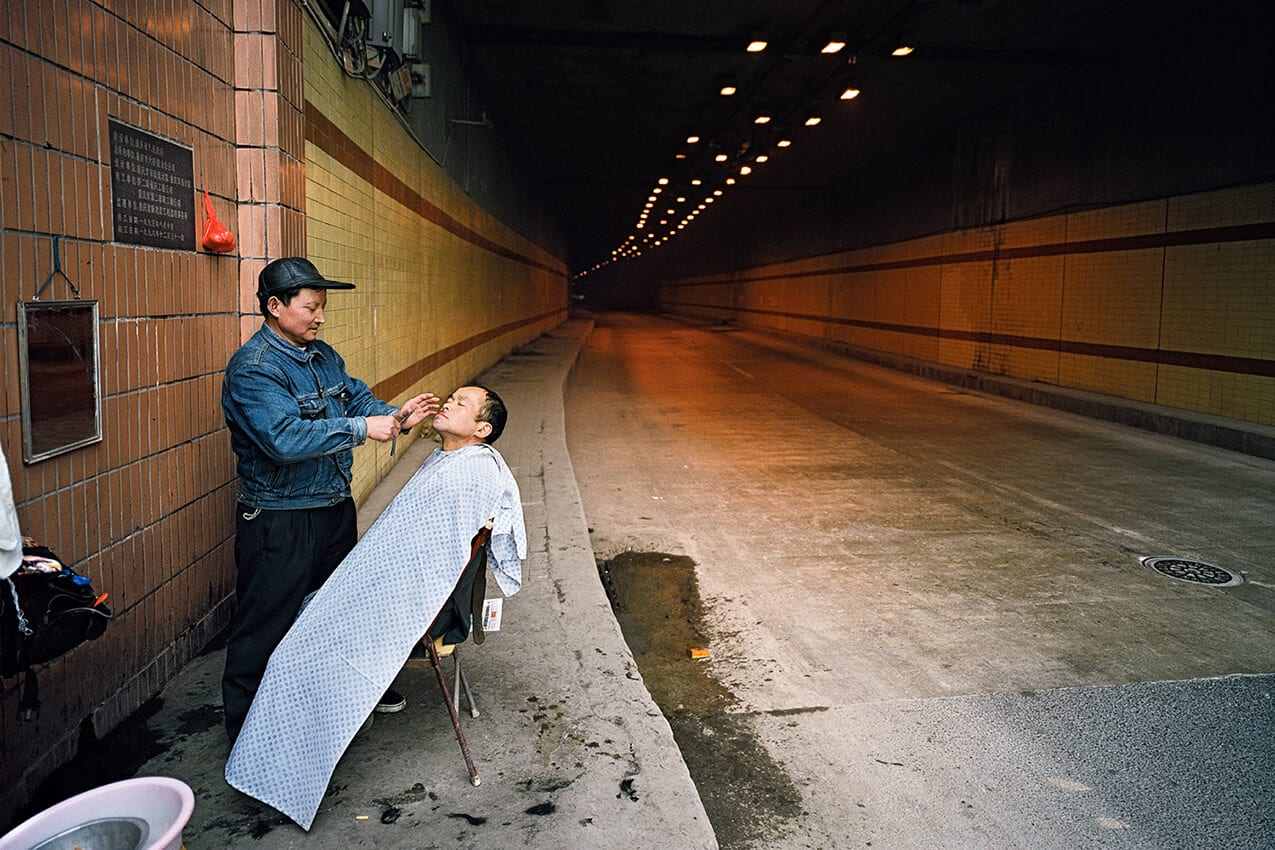 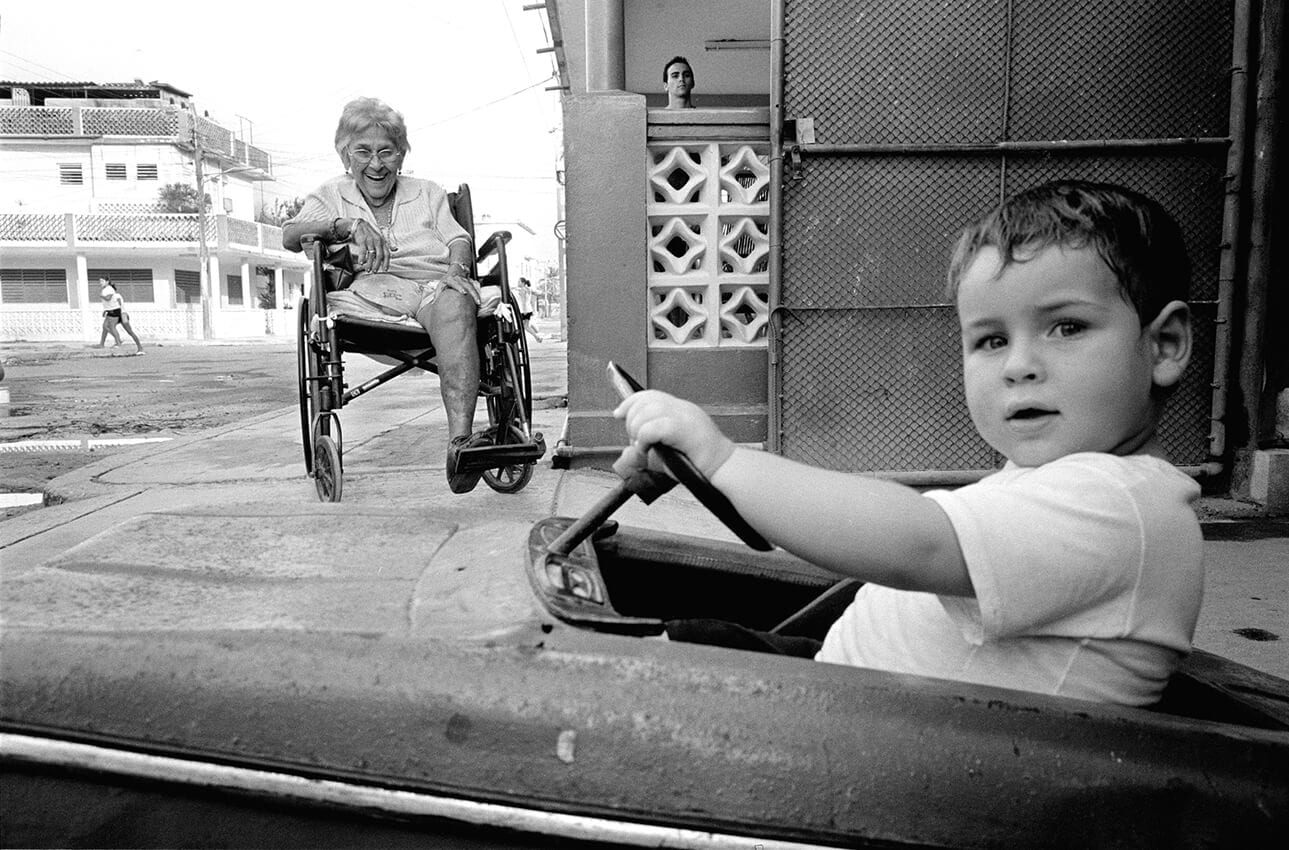 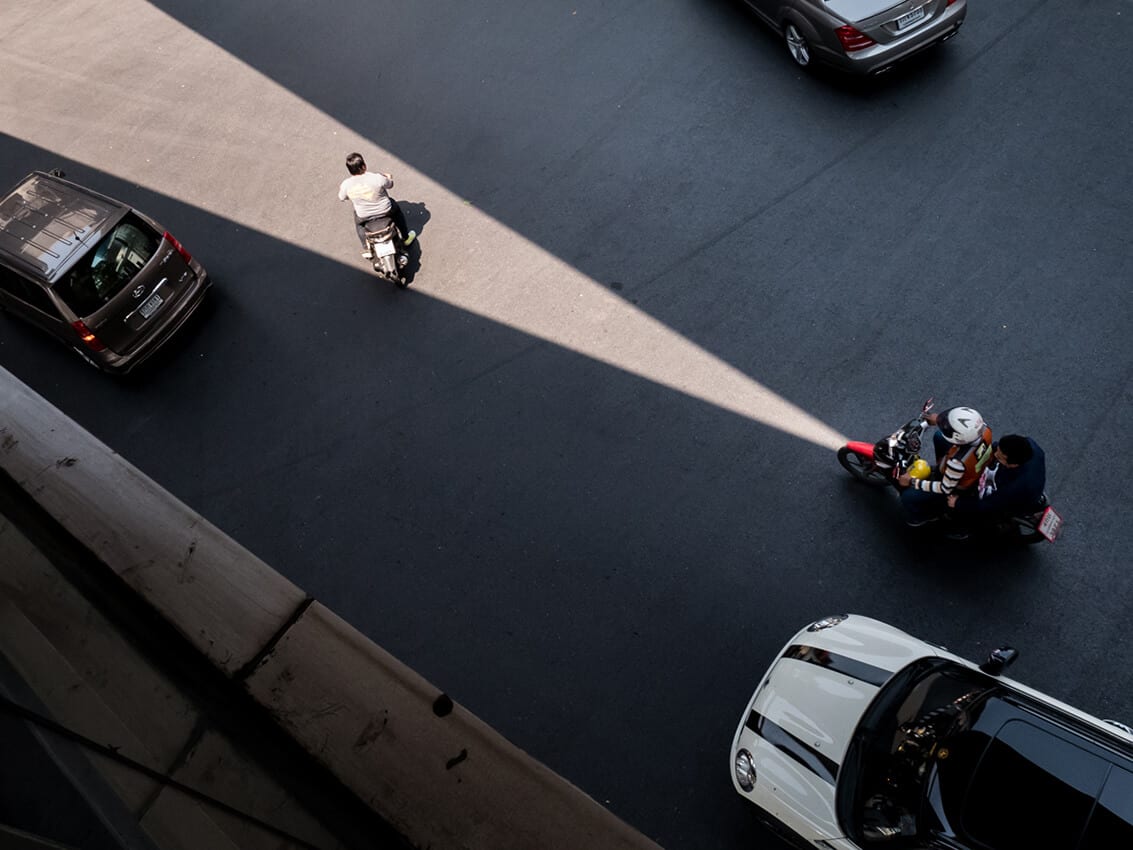 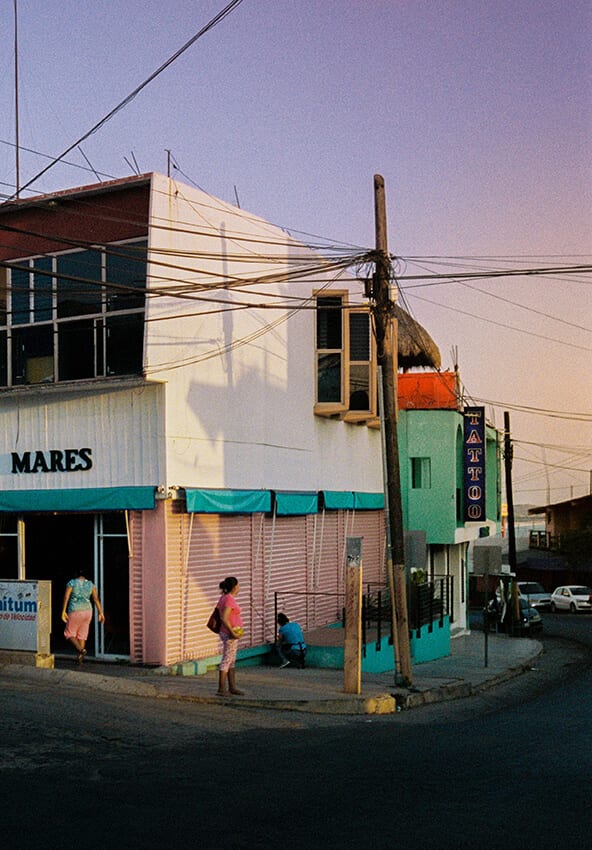 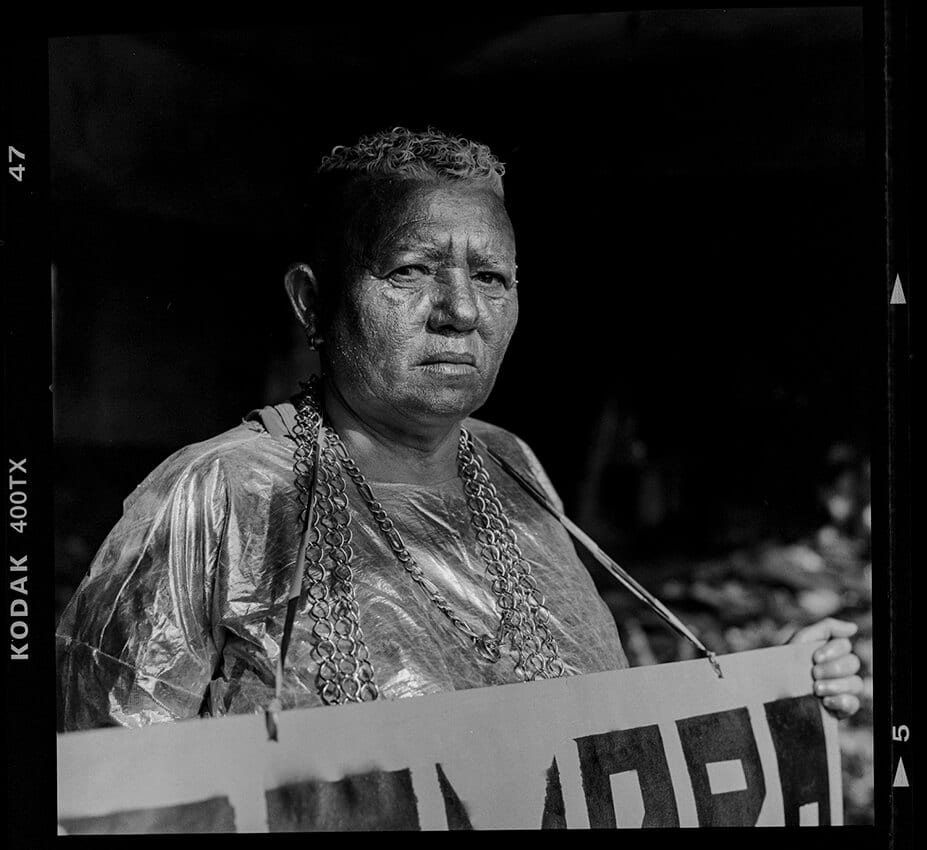 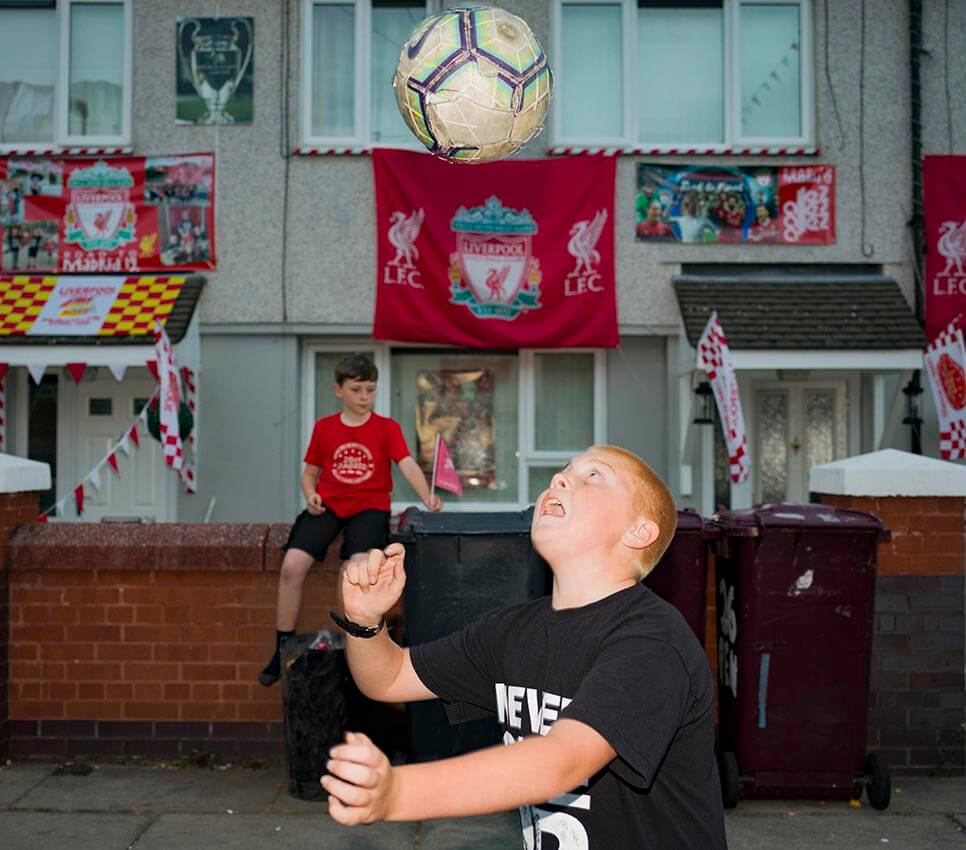 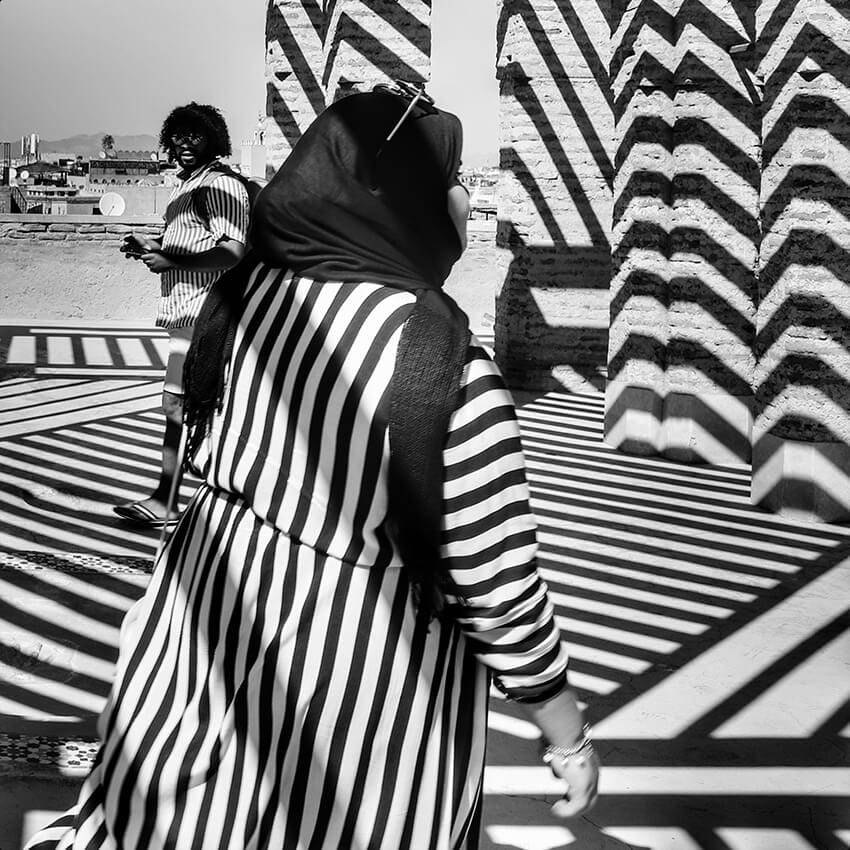 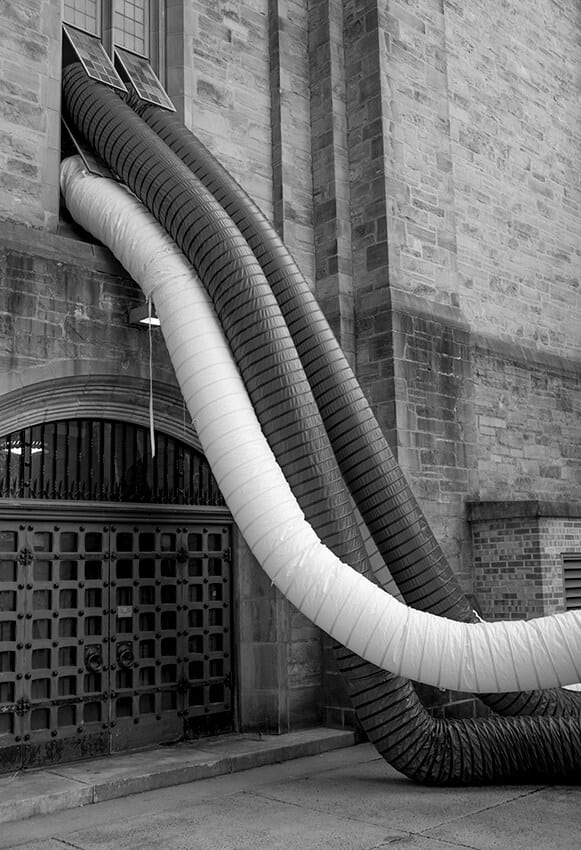 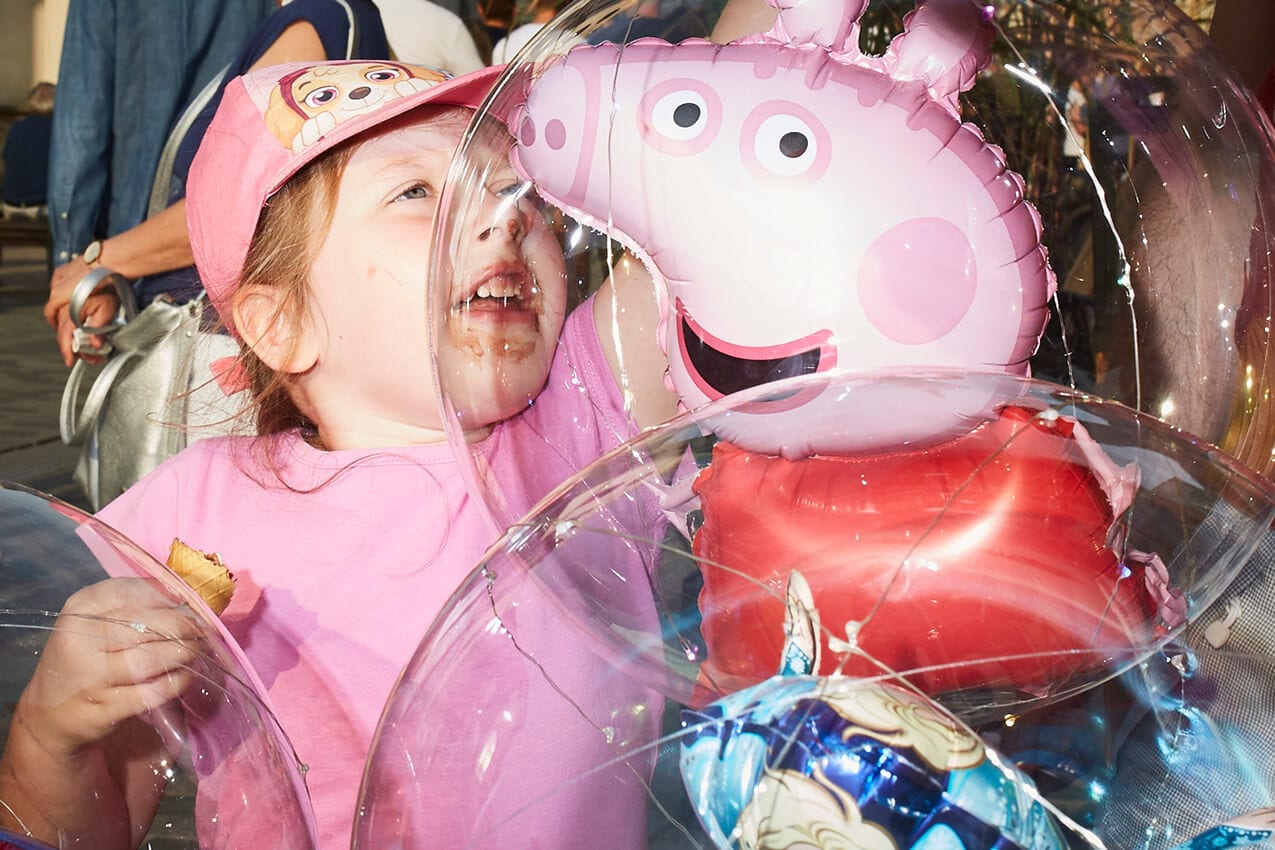 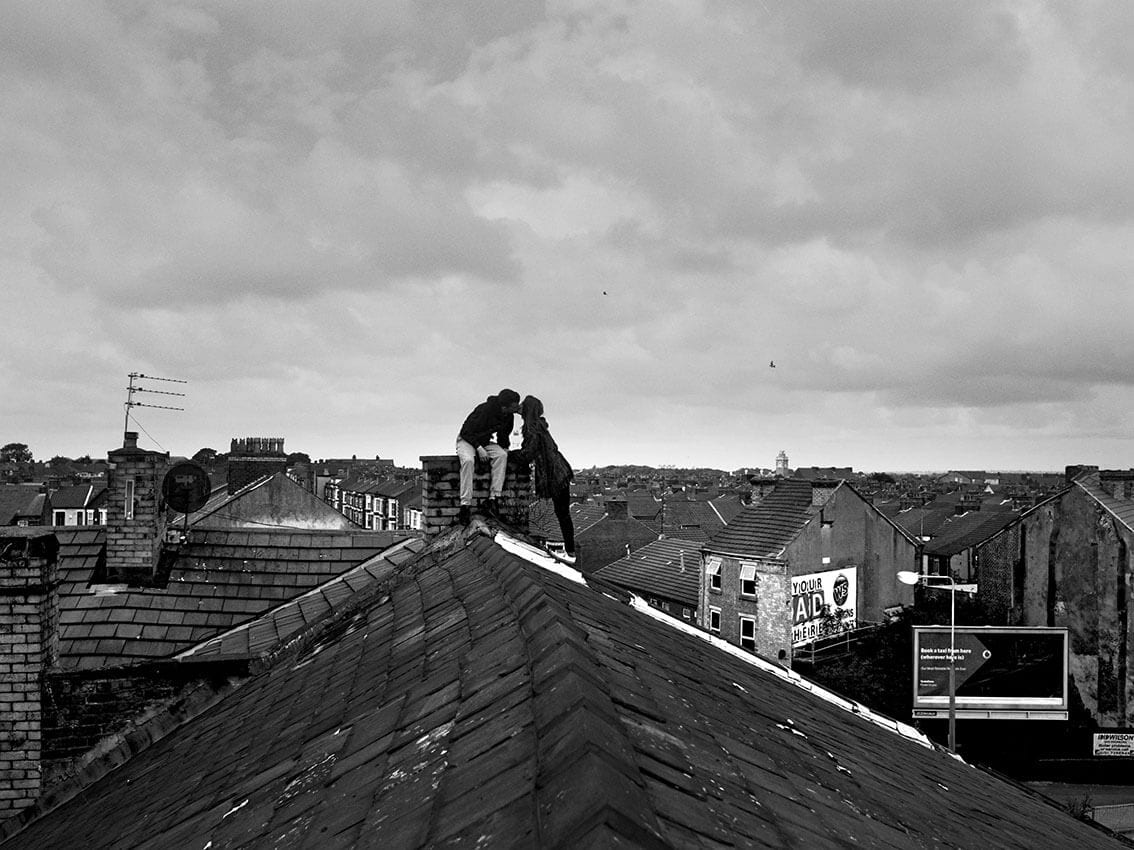 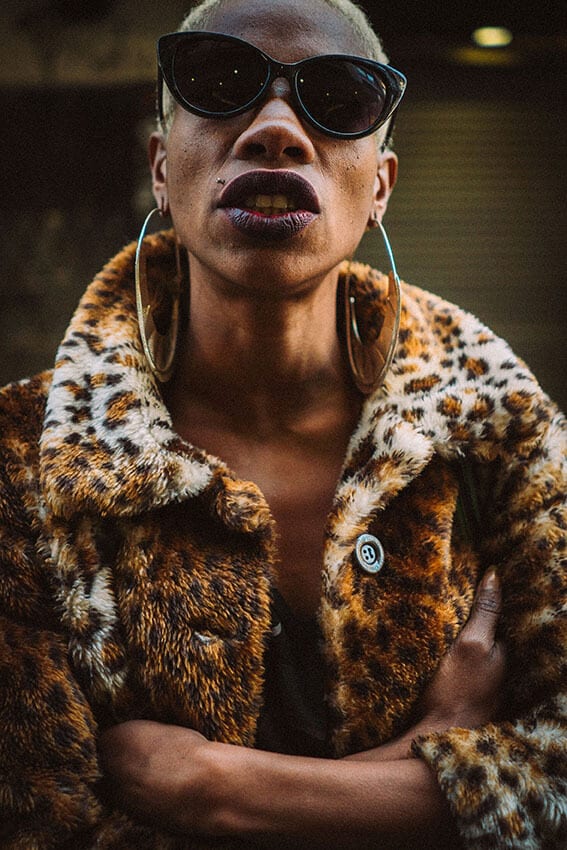 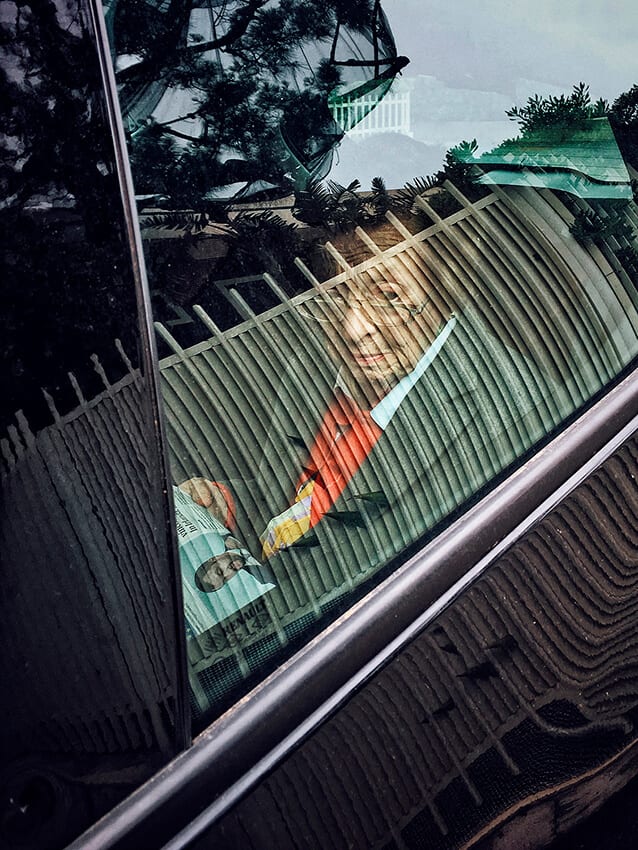 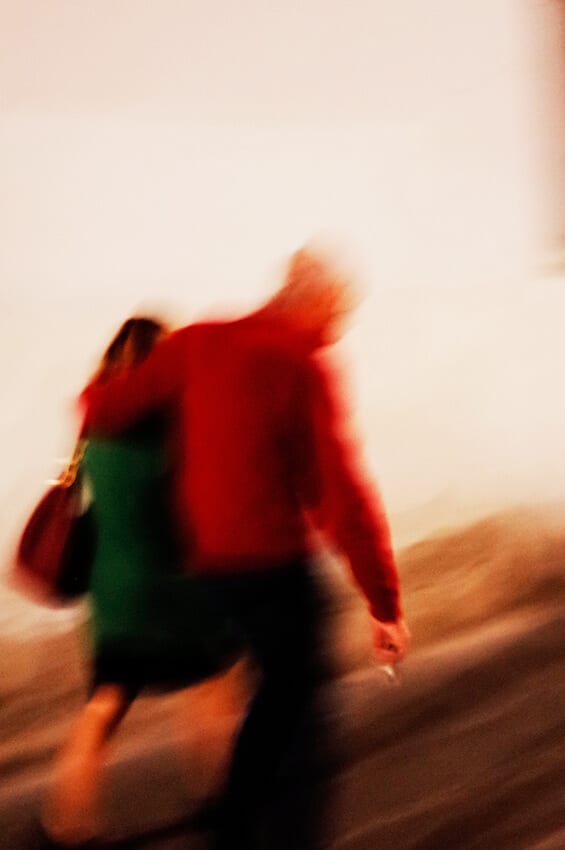 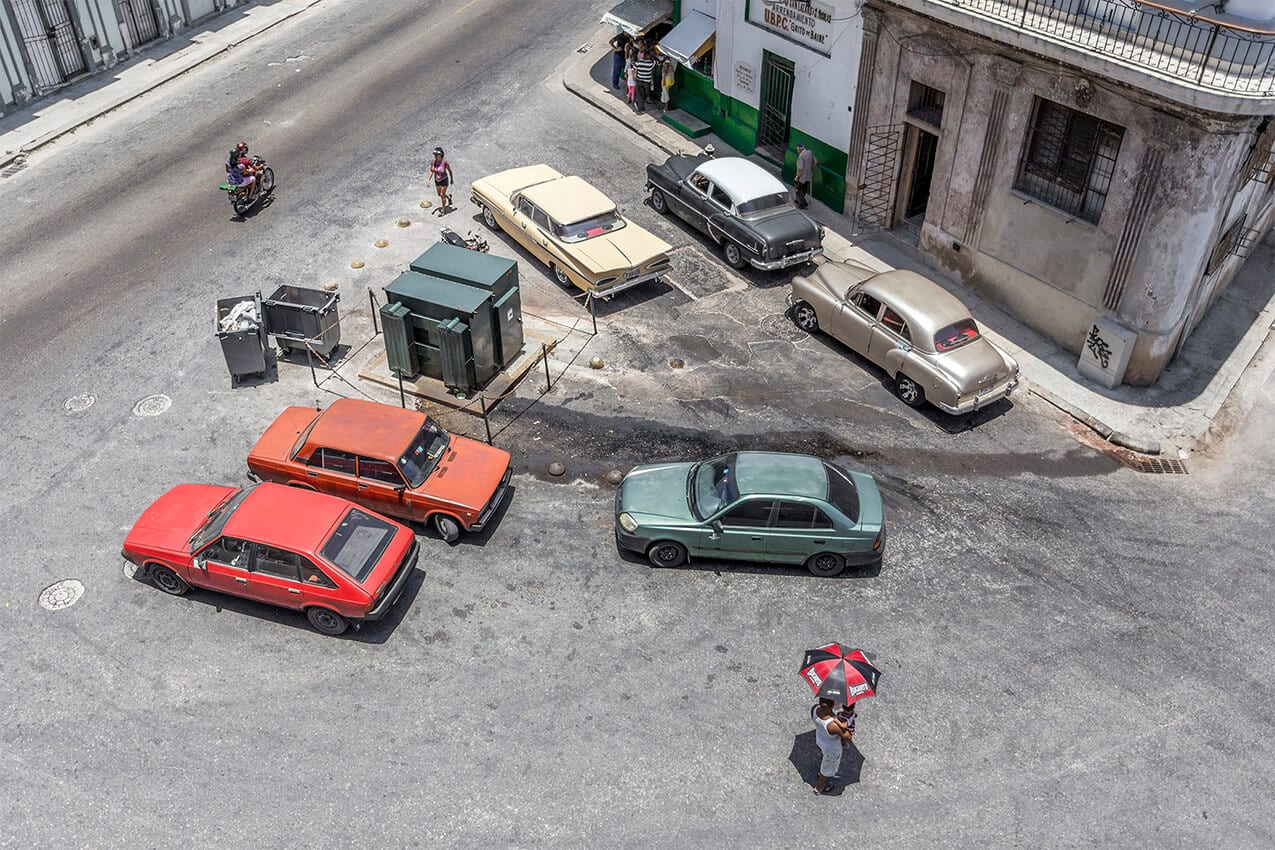 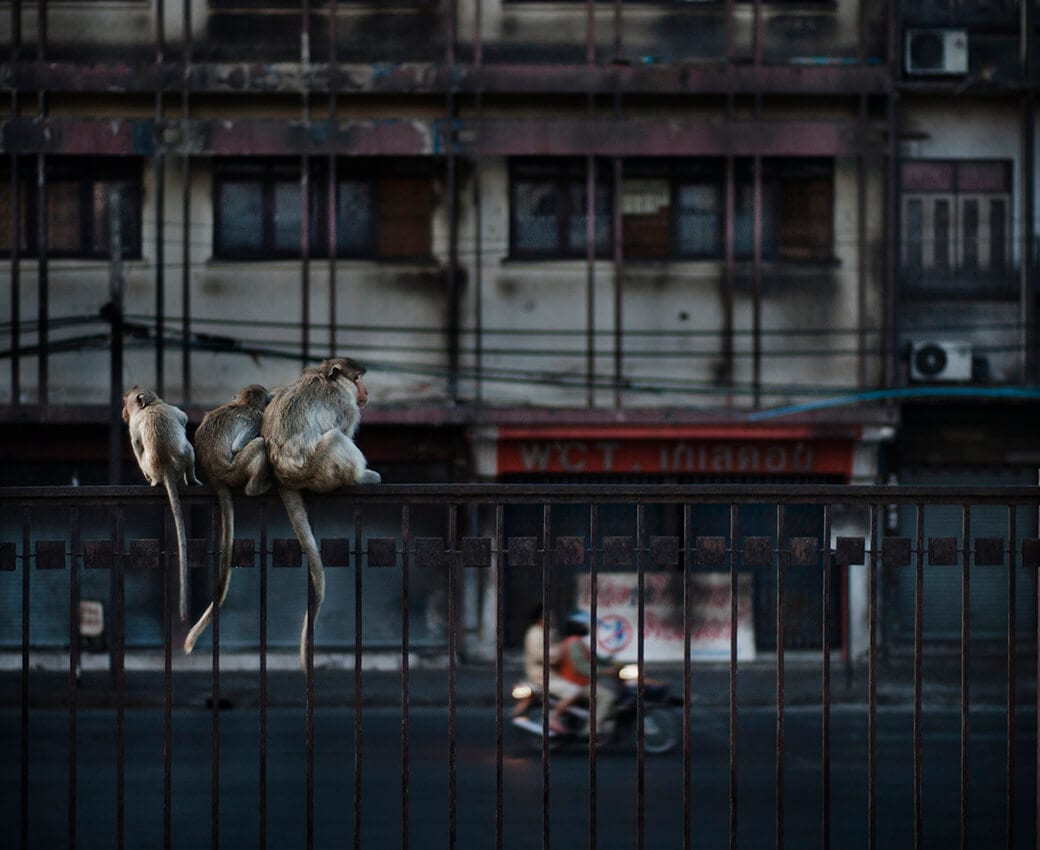 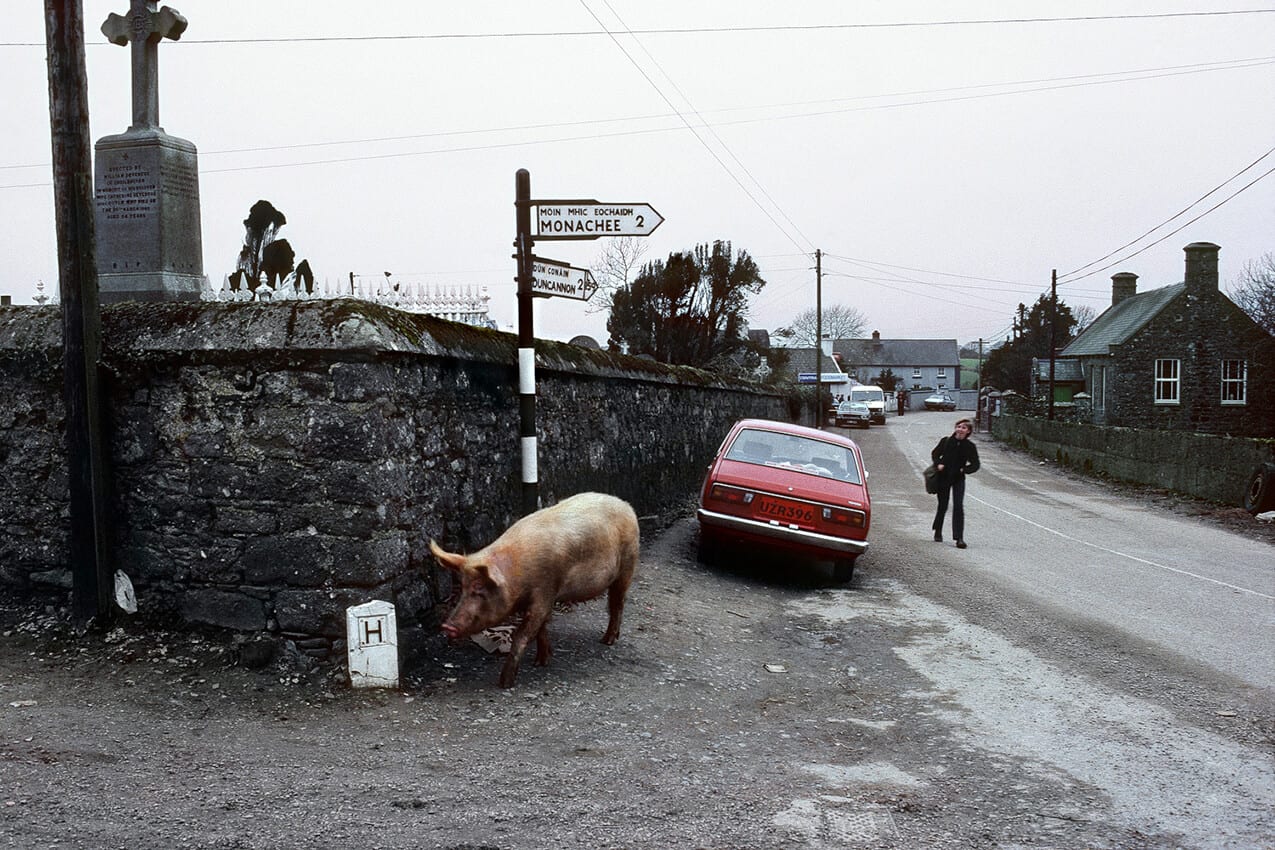 “Kristof finds beauty in dynamic disorder through a masterclass in framing. Each element is perfectly composed – from the central figure whose outstretched arm provides an anchor to the frame, to the man on the left interacting gracefully with the birds, the silhouetted figure on the distant wall, and the frame-within-a-frame of the young boy reflected in the motorcycle wing mirror. There’s a huge amount to absorb but it’s presented with a compositional clarity that makes it a joy to explore. Technicality alone is of limited interest however, and here Kristof combines it with a strong narrative. Like the young boy watching on, we absorb this wasteland ritual, fascinated by what’s going on.” – Life Framer

“A wonderful scene, with a barber set up shop in the unlikeliest of spots. Here we see a quiet moment, but one can only imagine the drama as cars race past into and out of the tunnel. We see the ingenuity and entrepreneurship of a business man on the margins, a life truly lived on the street.” – Life Framer

“This image feels reminiscent of Vivian Maier or Helen Levitt in how it tells such an engaging story through the candid goings-on of everyday people on a nondescript street corner. We see three generations in a frame – we witness growing up and ageing, hardship and happiness, adventure and mundanity all side-by-side. With masterful compartmentalization of the frame, Alex presents a wonderful, infectious moment of life happening.” – Life Framer

“The best candid street photography looks totally effortless but is more often than not the result of poise, toil and patience. We suspect that’s the case here – with glorious off-kilter framing, a beam of light seemingly emanates from one scooter, casting another in a bright glow. Day becomes night for a split second, as the streets elements momentarily align before drifting out of sync again.” – Life Framer

“Drawn in a stunning palette of soft pastel shades, with visible camera noise from the fading light, Fabio finds a magic in a nondescript street corner in Downtown Puerto Escondido, Mexico. There’s a rich, lingering poetry in its banality.” – Life Framer

“In this wonderfully lit portrait the light casts our subject’s features in stark relief – her make-up, plastic poncho and the monochromatic film creating a metallic sheen, in keeping with her steely, wary stare. It creates an intense connection between subject and viewer. Protesting, but with the message on her placard obscured from view, there’s hidden meaning in the scene, which along with the emotion which she holds in her outward expression we long to understand. Thales describes her only as ‘The Black Cat’ – a fittingly mysterious pseudonym. Superb.

“Capturing “everyday life on the banks of Chao Phraya River, Bangkok” as he describes it in his statement, Alessio creates a disorienting image, the viewer left craning their neck to find an anchoring horizontal line. Lying together, these men are physically close but feel emotionally disconnected, the extra arm entering the frame ambiguous in its intent. It’s a strange and alluring image, made all the more so by the sunlight and shadow casting their bodies in sharp relief.” – Life Framer

“Awash with the colors of Liverpool football club, this image is an example of our outward, gregarious expression of identity and tribalism – the street acting as a canvas, with the flags, bunting and banners bringing life to the drab pebbledash and concrete surroundings. With a crisp flash, Danyelle freezes this young boy in motion, adding something dynamic to the frame, and contrasting with his friend who sits quietly behind.” – Life Framer

“A wonderful candid moment, Hauke capturing a lattice of intersecting lines of black and white – streaks of sunlight and shadow meeting with stripes of fabric to create an ordered, geometric harmony. It’s a lovely, satisfying visual puzzle.” – Life Framer

“A simple detail no doubt, but an exquisitely realised one – the glimmer of the chain in the sun, the crucifix positioned dead center-frame, and the deep black abyss that surrounds it. It’s a satisfying image, and a comment perhaps on our outward expressions of character. Here one of faith or status?” – Life Framer

“Captured in crisp monochrome, this arresting image has an unreal absurdity to it; these sleek, tentacle-like hoses spilling forth from a high window and overwhelming the pavement below – leaving no space for passers-by. We see an old building awkwardly repurposed for the modern world, and the ugly dissonance of a challenge inelegantly resolved. It’s smile-inducing in its ludicrousness. In his statement, Jinwoo describes the emotions of being a Korean man in America, the alienation of never quite fitting in. He is successful, in the most perverse and creative of ways, in finding an odd scene that captures just that.” – Life Framer

“In this superbly framed scene we see a little girl grasping at these balloons, ice cream cone in hand. There’s a satisfying color harmony in the pinks, and a brilliant symmetry in her face and that of the pig. On one hand it’s a sickly, sad indictment of consumerism – the metaphor of a ‘greedy pig’ not lost on the viewer – but on the other it captures the magic of childhood wonder, especially on vacation.” – Life Framer

“A stunning depiction of youthful love, daring and adventure in an unremarkable British town under a dreary overcast sky. It captures a wonderful sense of abandon and escapism – a thrilling freedom that burns bright when we’re young – along with the tedious reality that surrounds it.” – Life Framer

“Hudson creates a deep intensity in this portrait of a woman on the streets of Sao Paulo, Brasil. Tightly cropping the frame emphasizes her power – she invades on the viewer’s personal space, with an intrusive, almost accusatory posture. We see someone trained for the street – bold, audacious and beautiful, avoiding eye contact and with a fur coat, bleached hair and huge hooped earrings that paint the scene in a palette of browns and ochres.” – Life Framer

“Peering into this car window, mimicking how Simona’s subject peers out, we see an intriguing character – something sad and forlorn in her expression. The tinted windows also present us with a sliver of the outside world, the fencing reflected onto this lady as if further protecting her – the privacy she seeks in this car echoed in the privacy others do in the outside world. She’s a spectator to street life, and we to her. It’s a deceptively clever frame.” – Life Framer

“A station platform. Two men wait in patient silence guarding one suitcase. There’s a film noir feeling to that set-up, in this case heightened by Jerome’s tight framing, and the crackling grain from monochromatic film. There’s something in their matching uniforms and postures, hands interlocked behind their backs – a moment pregnant with anticipation. Sometimes photography can turn a banal scene into a narrative – a jumping off-point for the imagination – and this image is a great example of just that.” – Life Framer

“Some images capture a place, a person or a moment, and others capture a feeling. Through blurred shapes and over-saturated colors – rule-breaking at its core – Eli conjures a painterly scene that describes a sense of freneticism, of fading recollections, of passers-by gone in a flash to continue the trajectory of their own lives. It’s gorgeous urban poetry.” – Life Framer

“A satisfyingly geometric scene, in which American muscle cars litter a Havana street corner – vibrant splashes of color against the weathered grey asphalt. There’s both an emptiness and a busyness to the scene, which is perhaps where its success lies. The viewer’s eyes dart from detail to detail, piecing together a snapshot of street life from a distant spectator’s vantage point.” – Life Framer

“With sharp framing and a palette of thick, dark tones, Michael captures three monkeys watching the world go by on the streets of Lopburi, Thailand. It can be quite easy to forget the wealth of flora and fauna that shares the urban world with us, and Michael’s image is a playful reminder of just that.” – Life Framer

“Claude transports us to a street corner somewhere in rural Ireland to witness an idiosyncratic, amusing scene where a pig goes about his daily business, seemingly left to her own devices. Drab and drained to grey tones by the overcast sky, the frame is brought to life by pops of color from the car and our farmyard friend. It’s an entertaining insight into rural life – where the street happenings are oh so different to those in the city.” – Life Framer