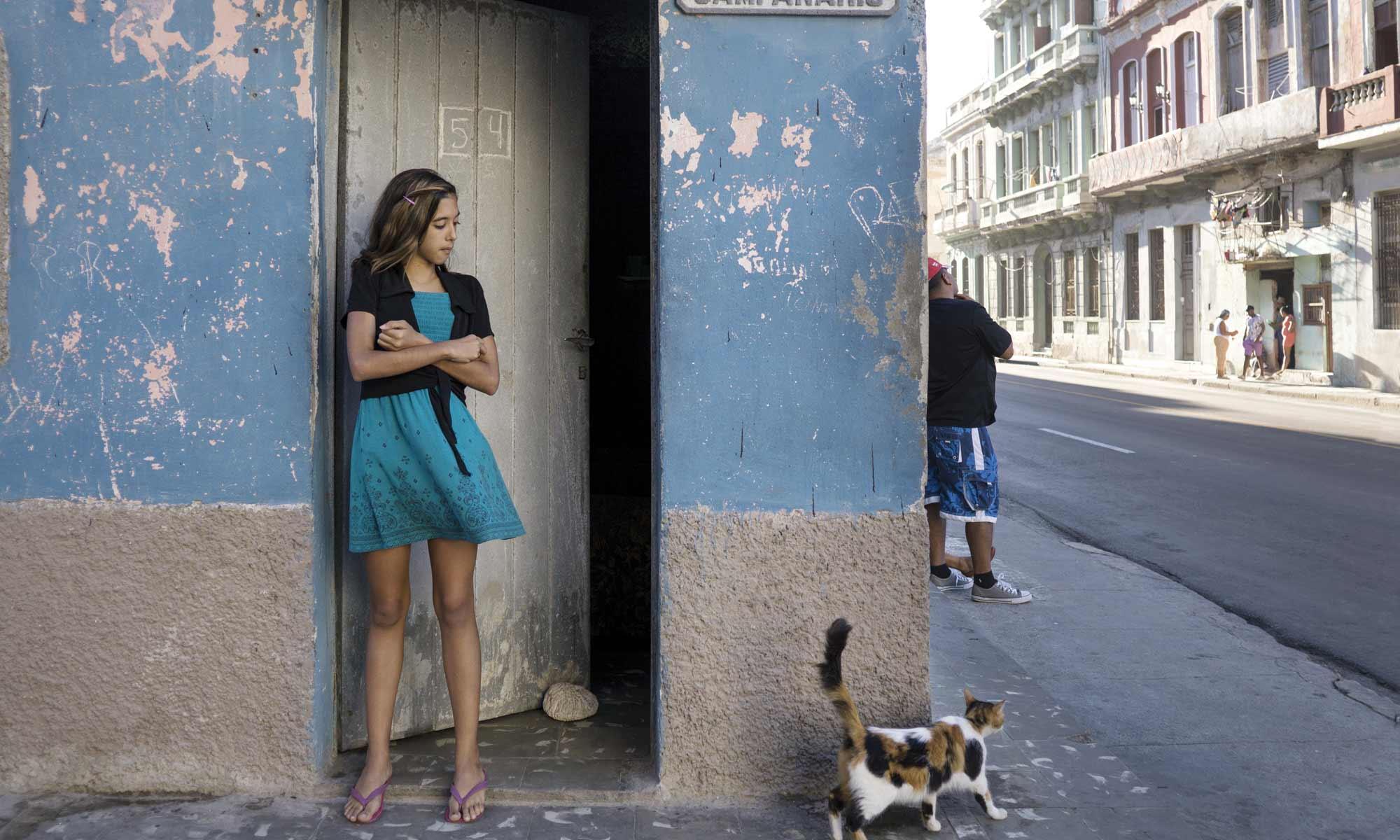 The spectacle of the street. Few environments hold such in an important place in the annals of photography – and the reason is perhaps two-fold. Firstly, the street is the great leveller – a free and near-infinite visual resource, accessible to all. The photographers who haven’t chosen to begin their journey or hone their craft in the street will be few and far between. And secondly in how it acts as microcosm of human life, a petri dish where all walks of life – young, old, rich, poor – intermingle, and so much of our culture can be described in its architecture, fashions and signage. The subject matter is endless, renewed afresh every passing moment.

Of course this brings a challenge. With us all being so familiar with street life, and with an abundance of street photography to digest, how does one capture the moments that matter? The best street images uncover what’s hidden in plain sight. Bring an incisive order to the chaos. Expose the characters that color life and the moment that shape our societies. Offer a window into a moment in a parallel world many miles away. And all of these images excel on that level. Congratulations to the selected photographers and to everyone else: enjoy! 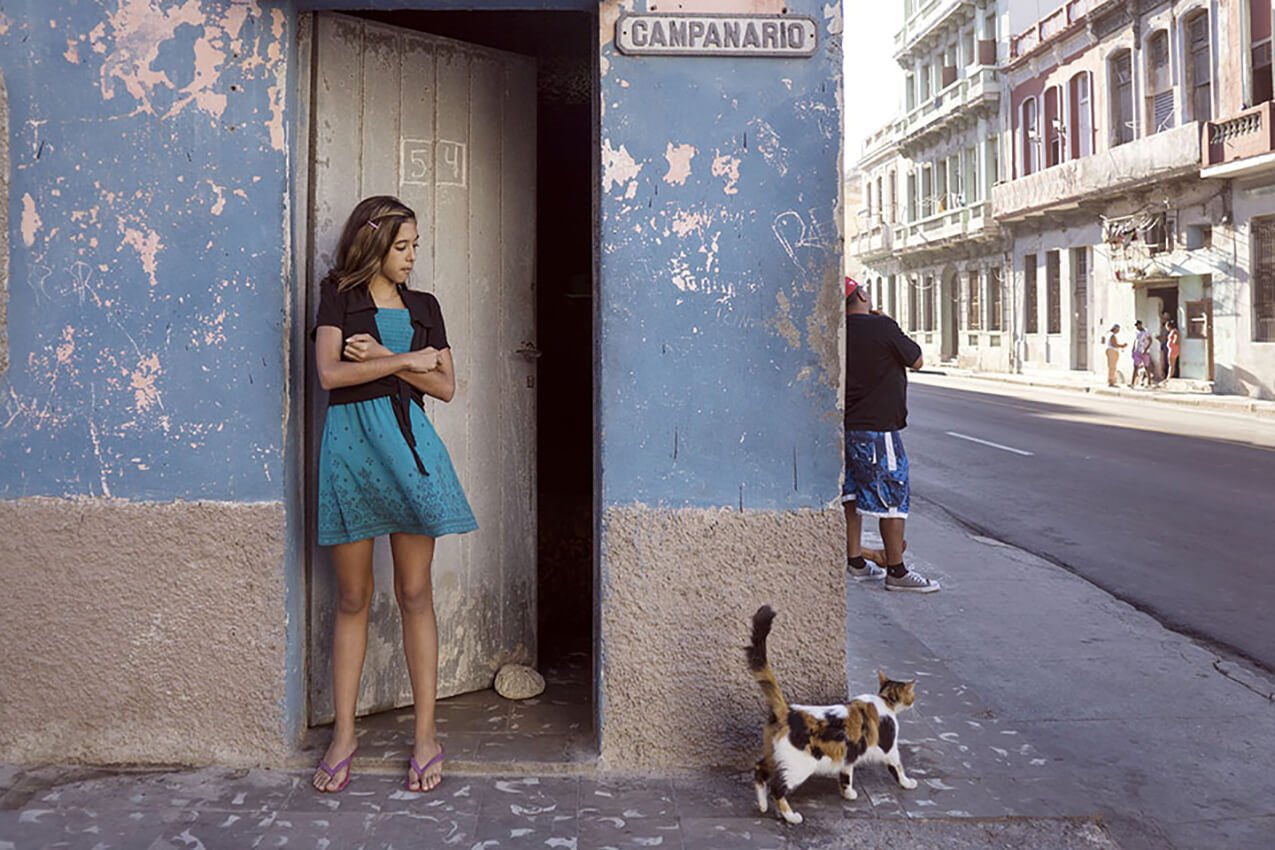 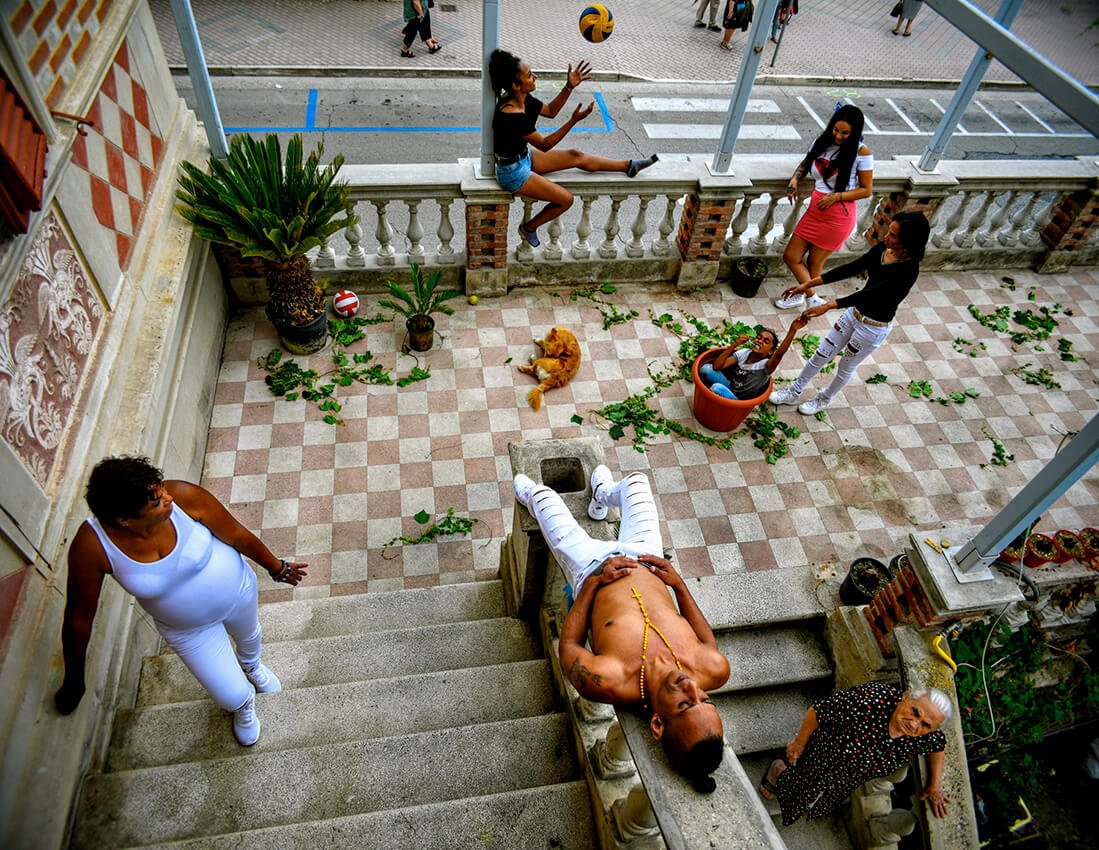 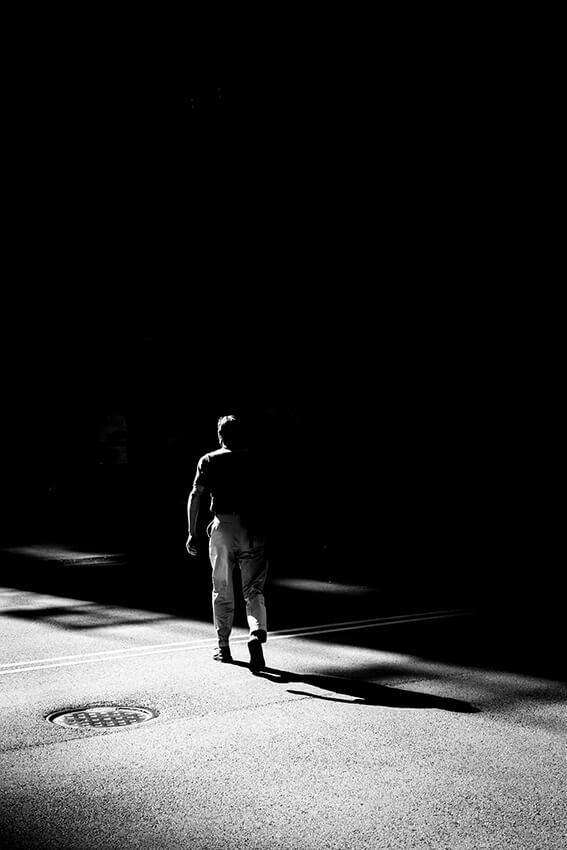 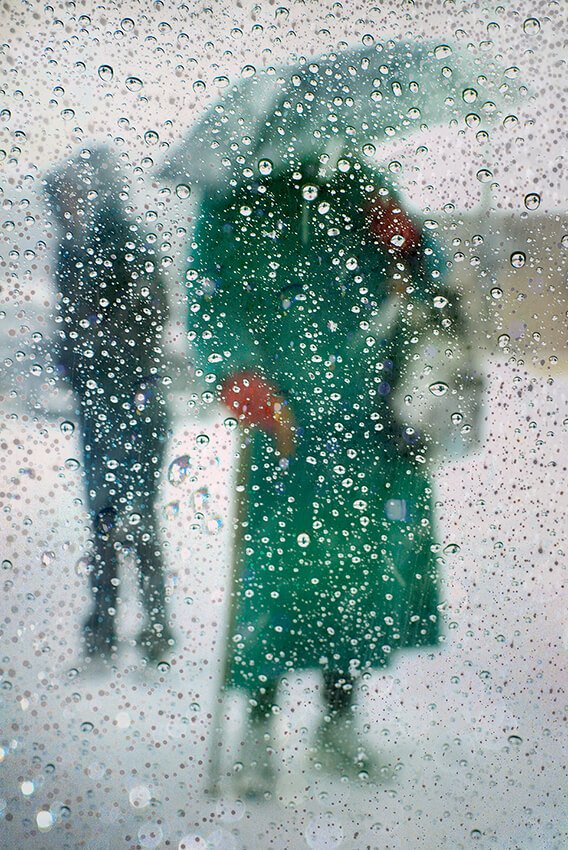 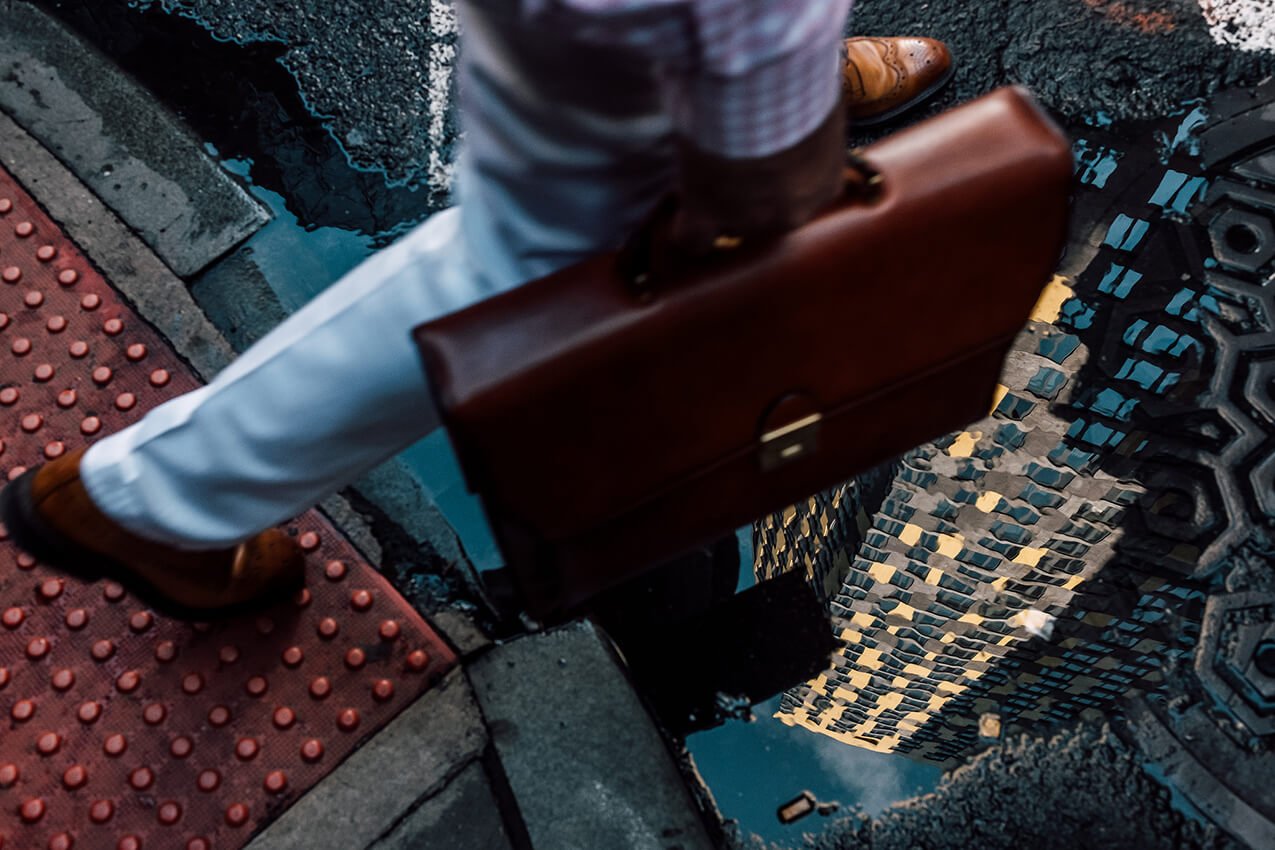 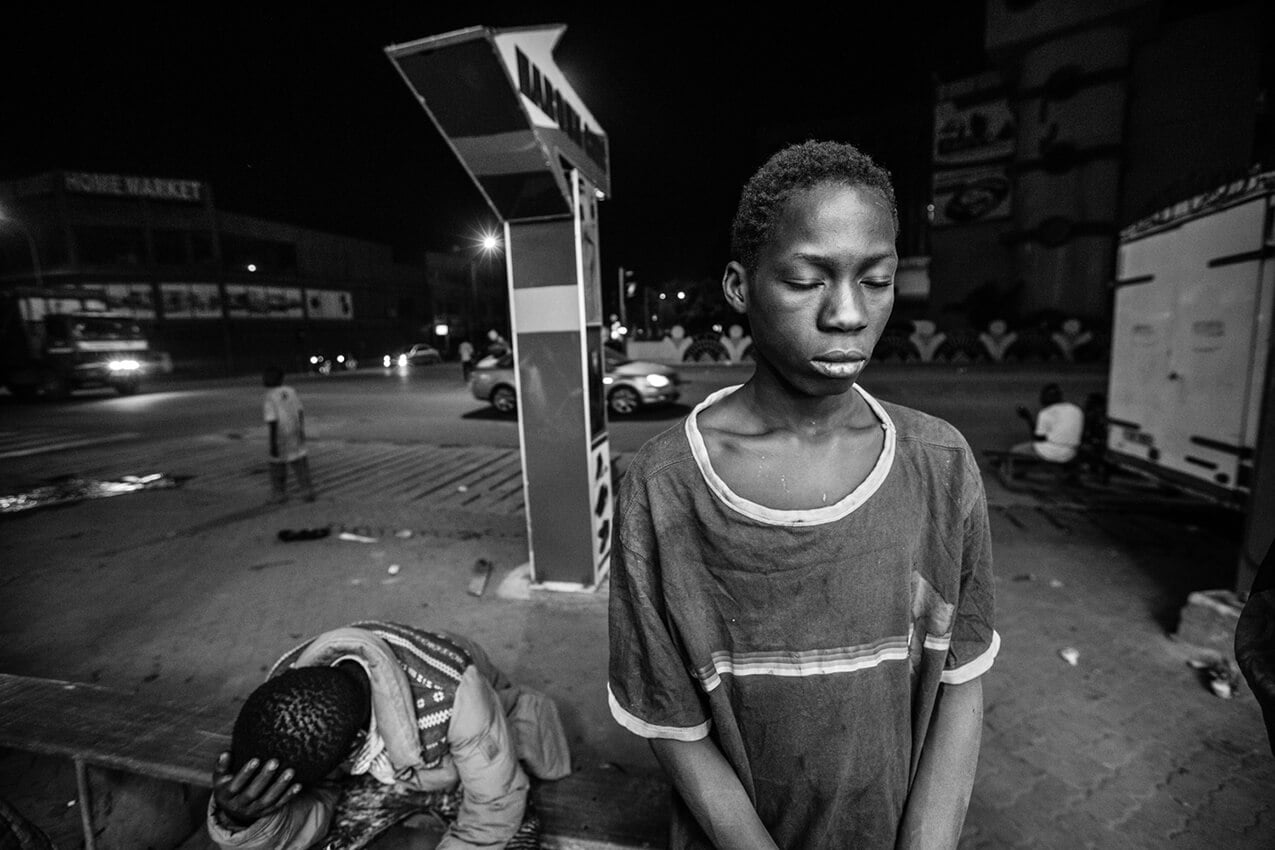 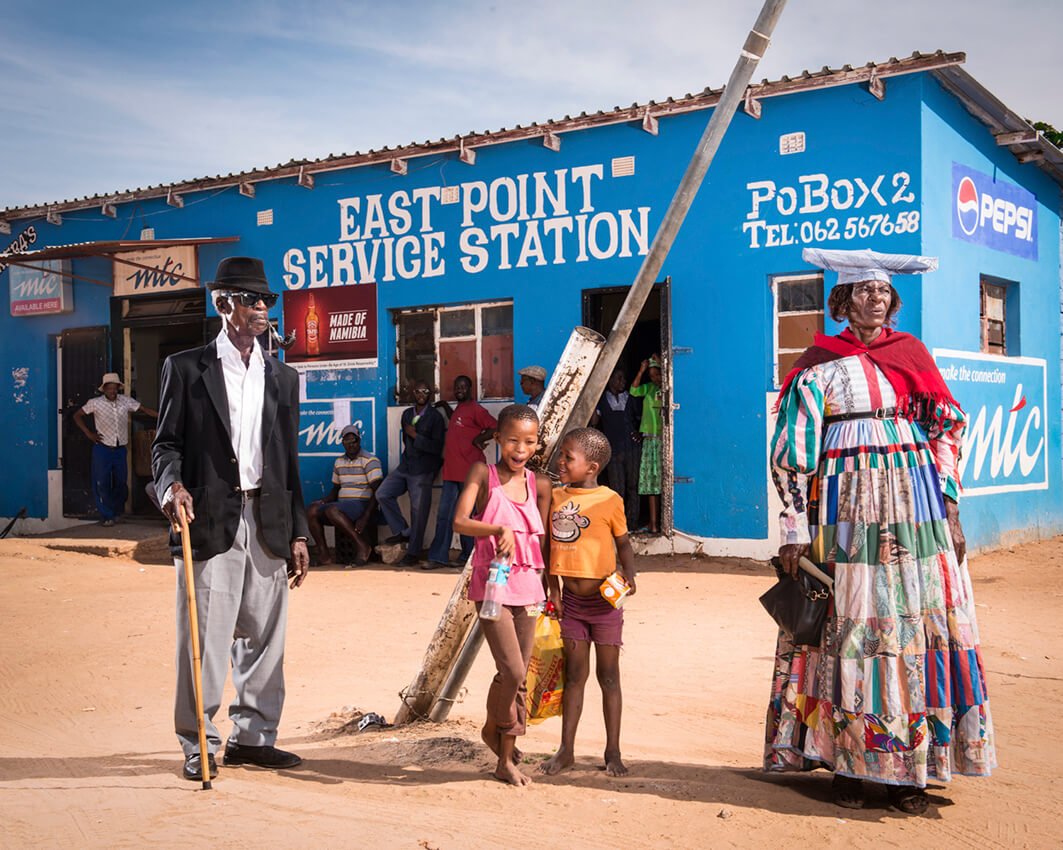 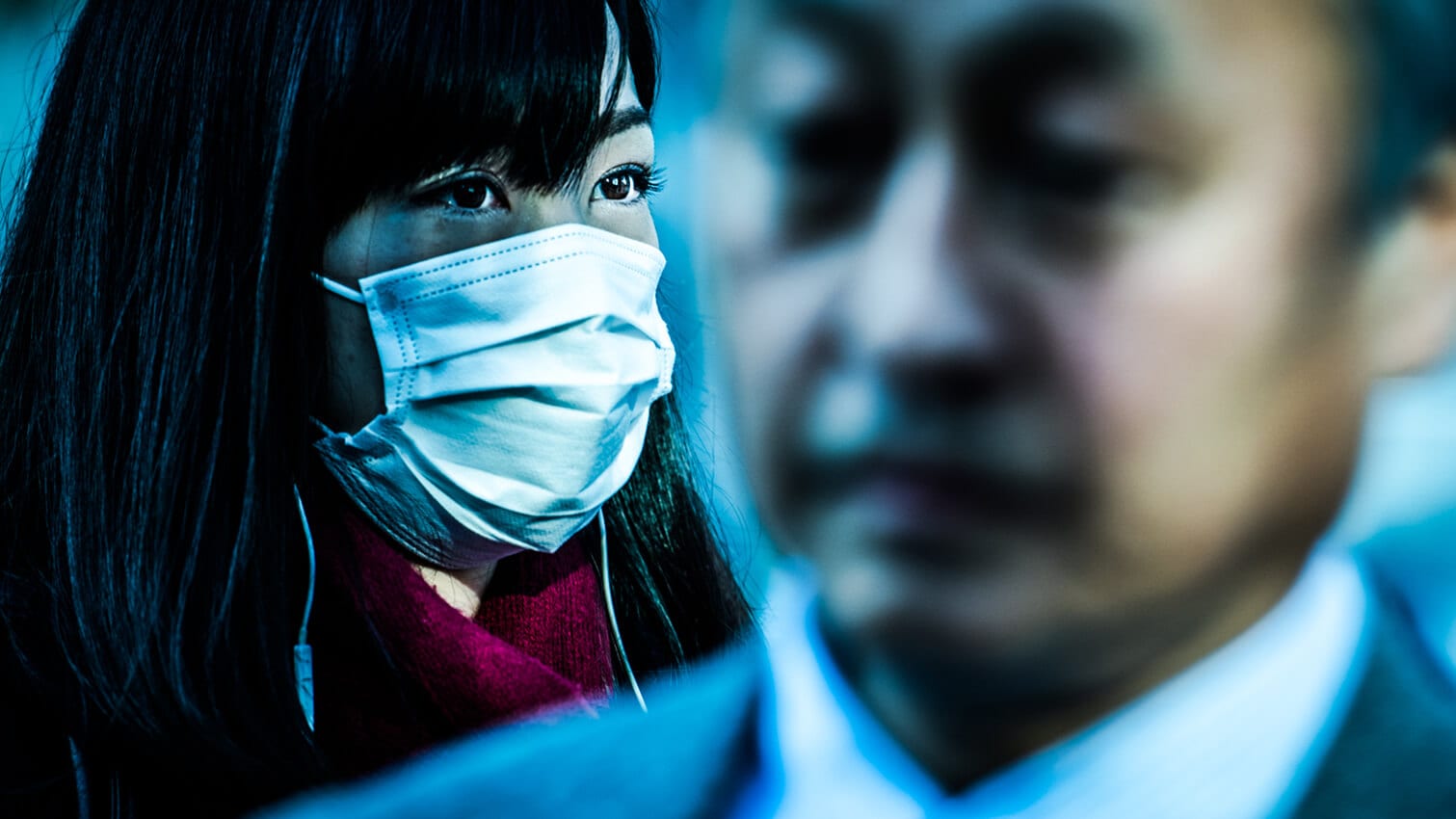 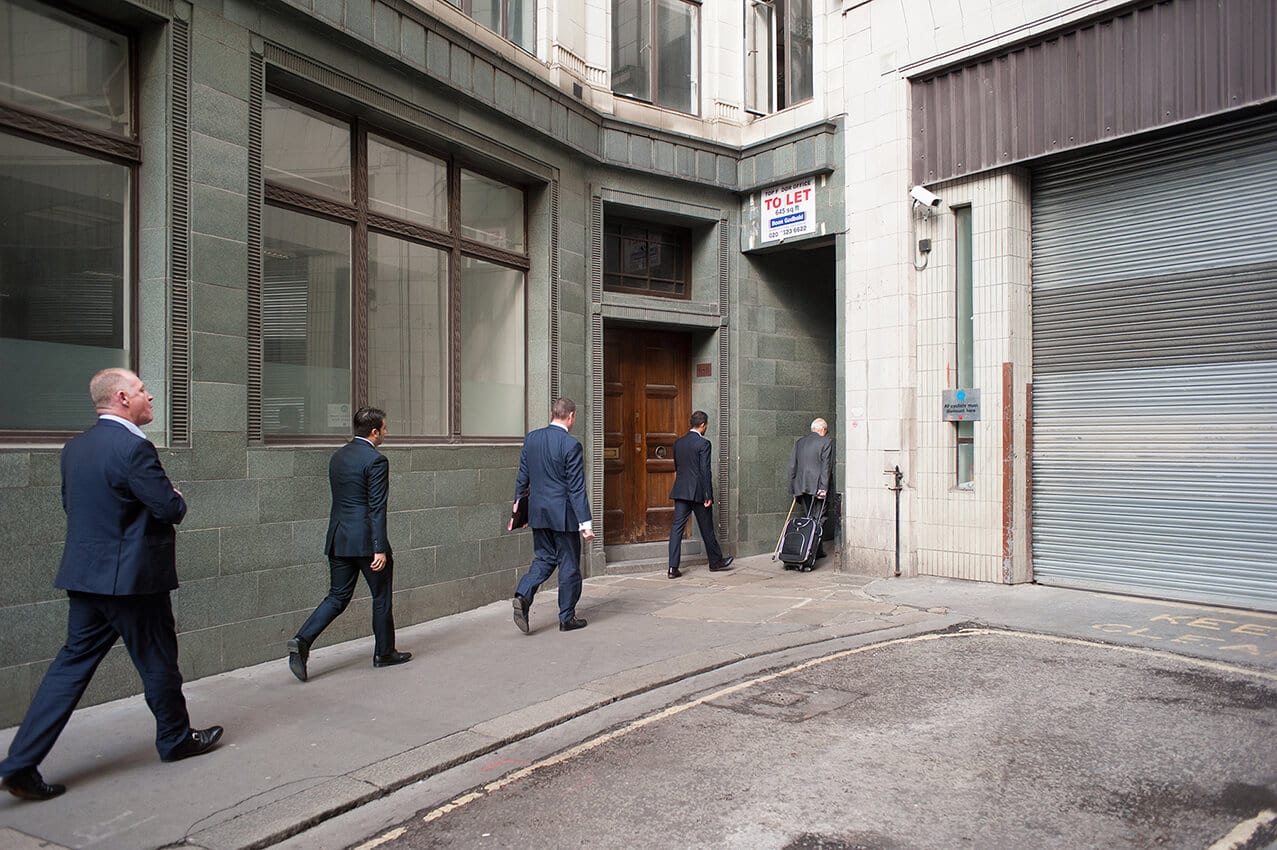 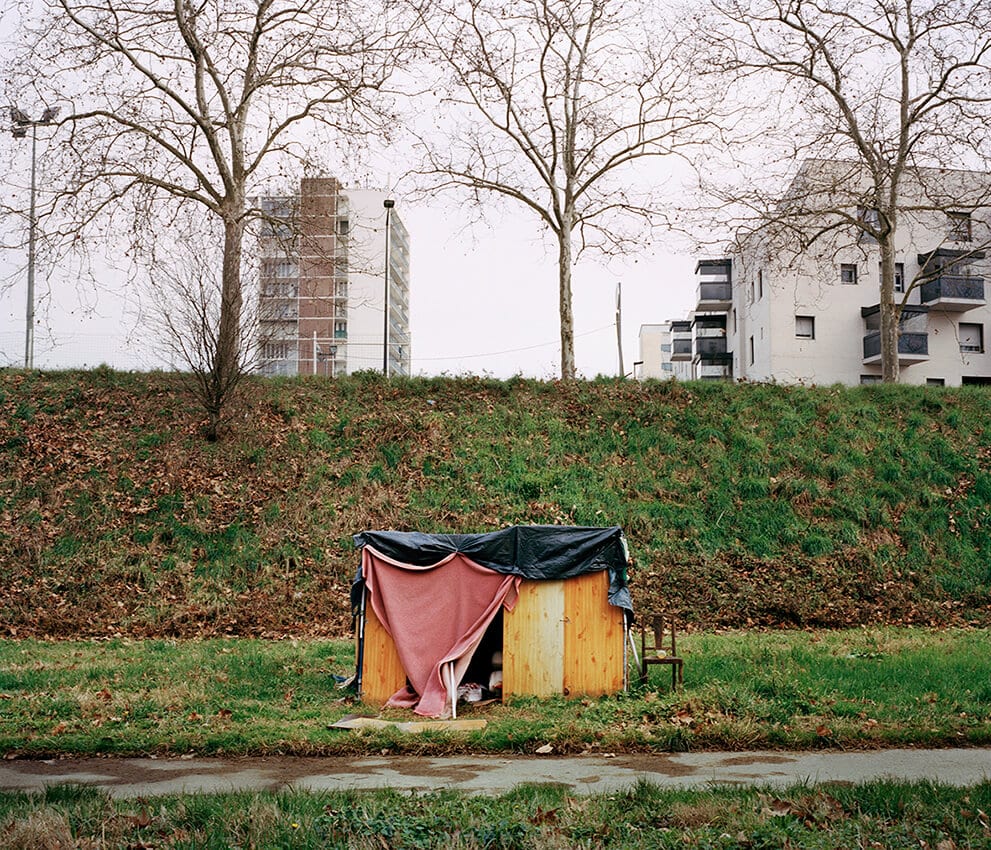 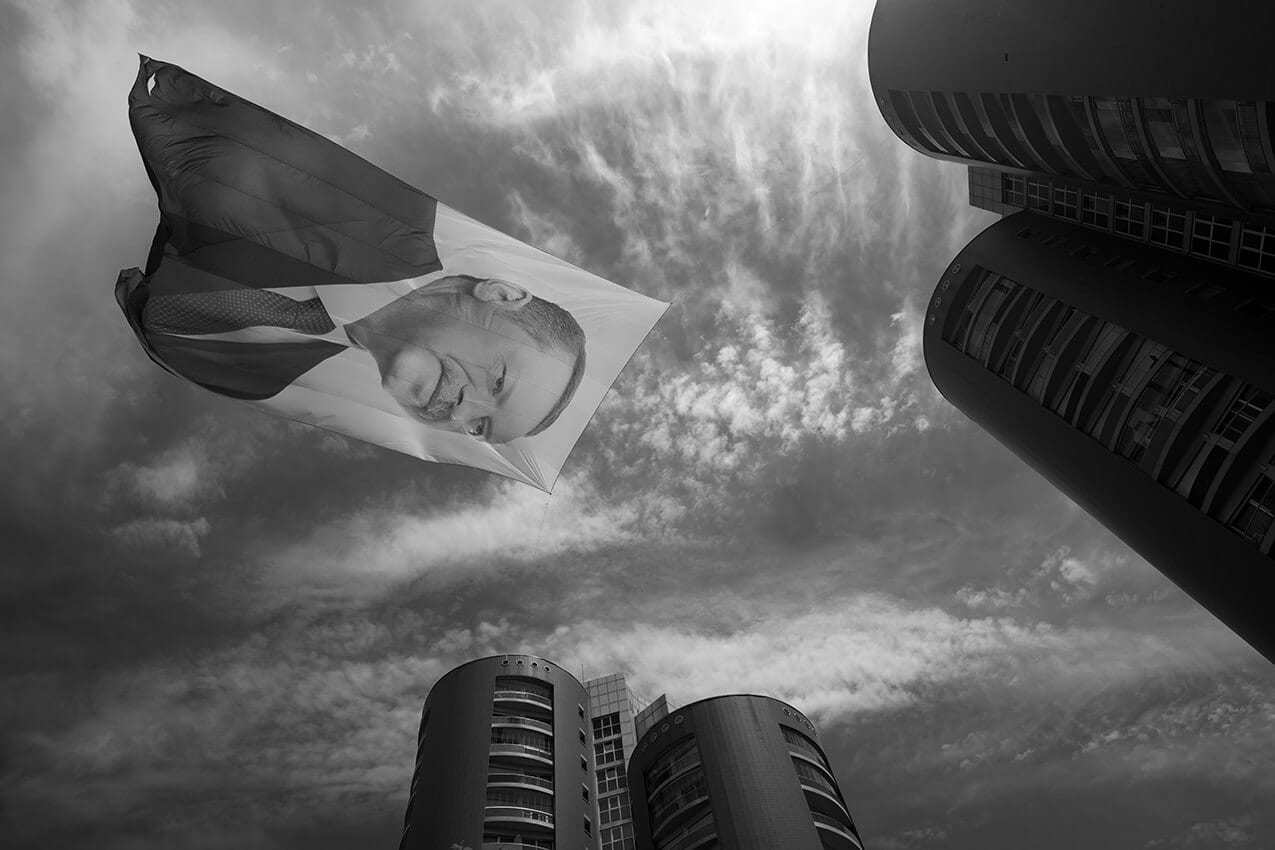 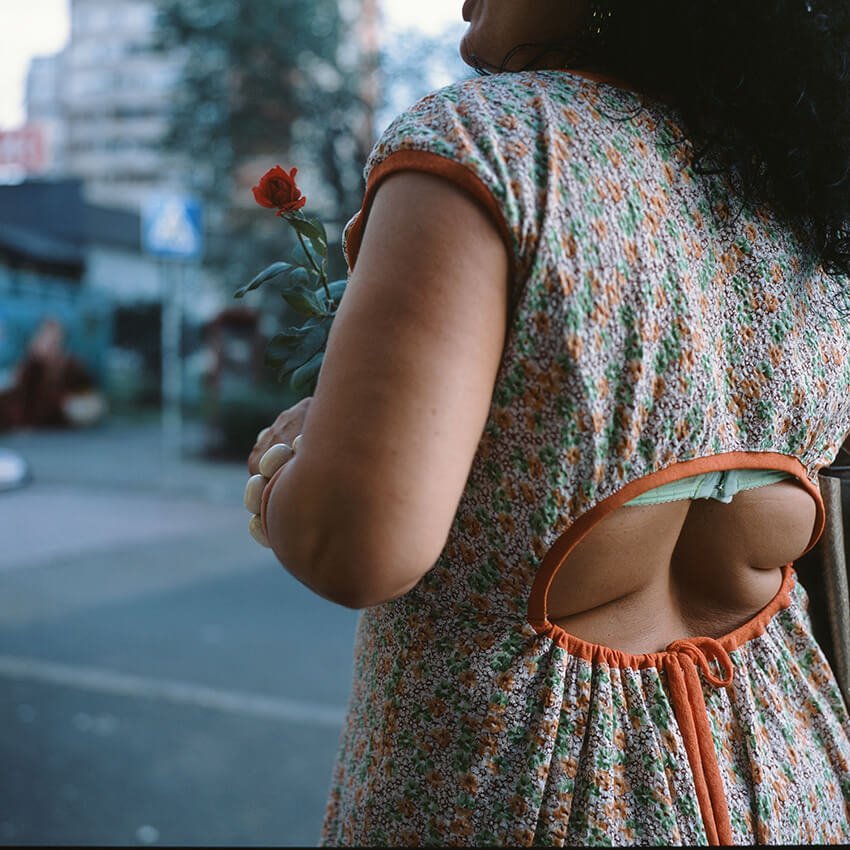 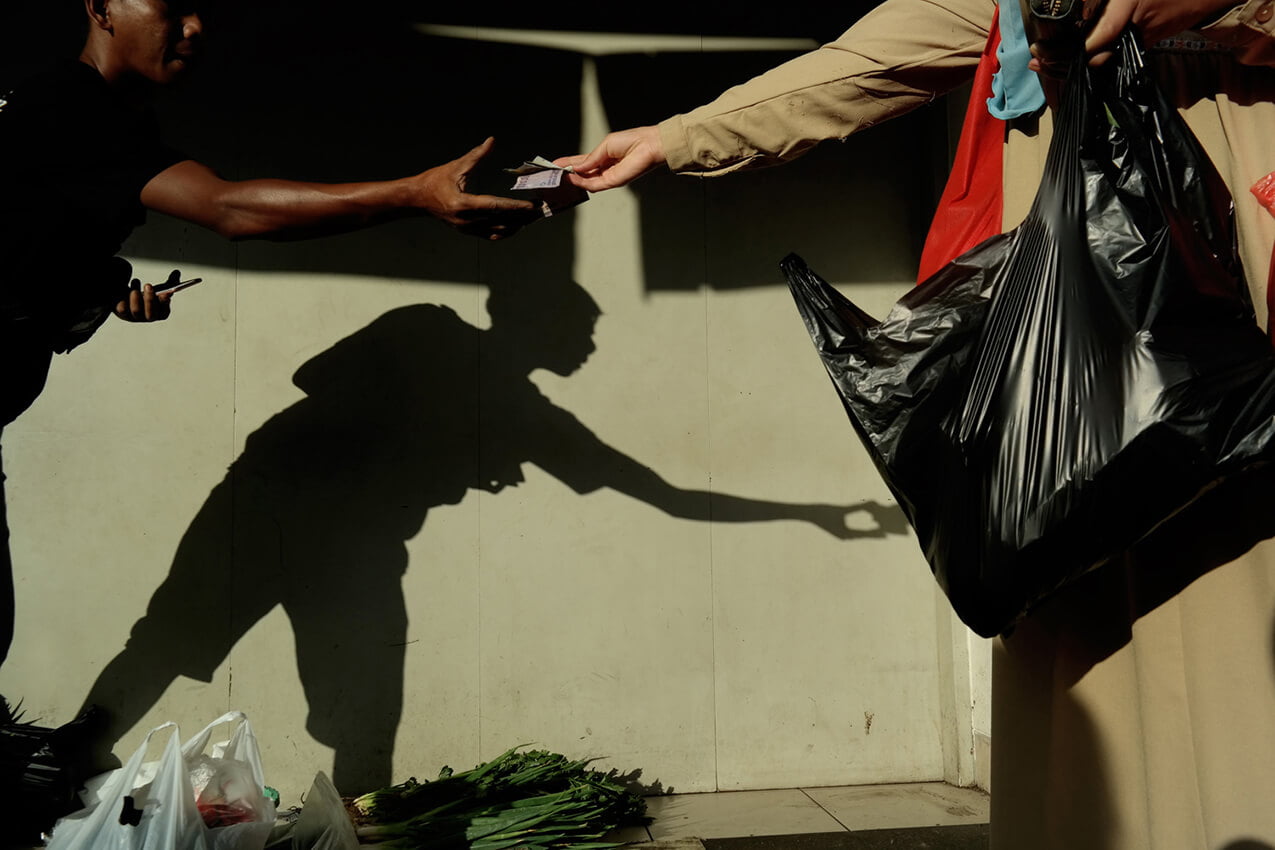 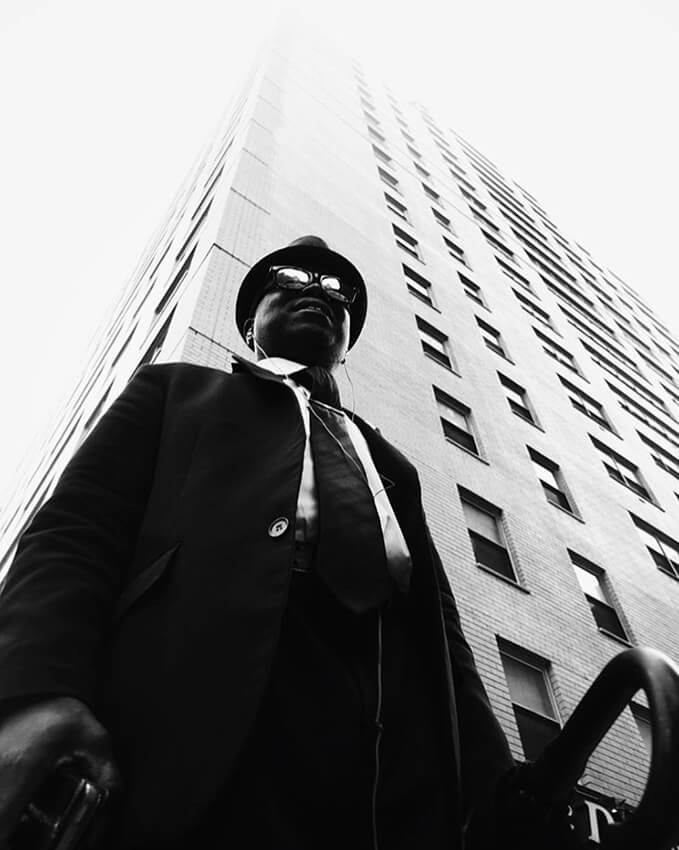 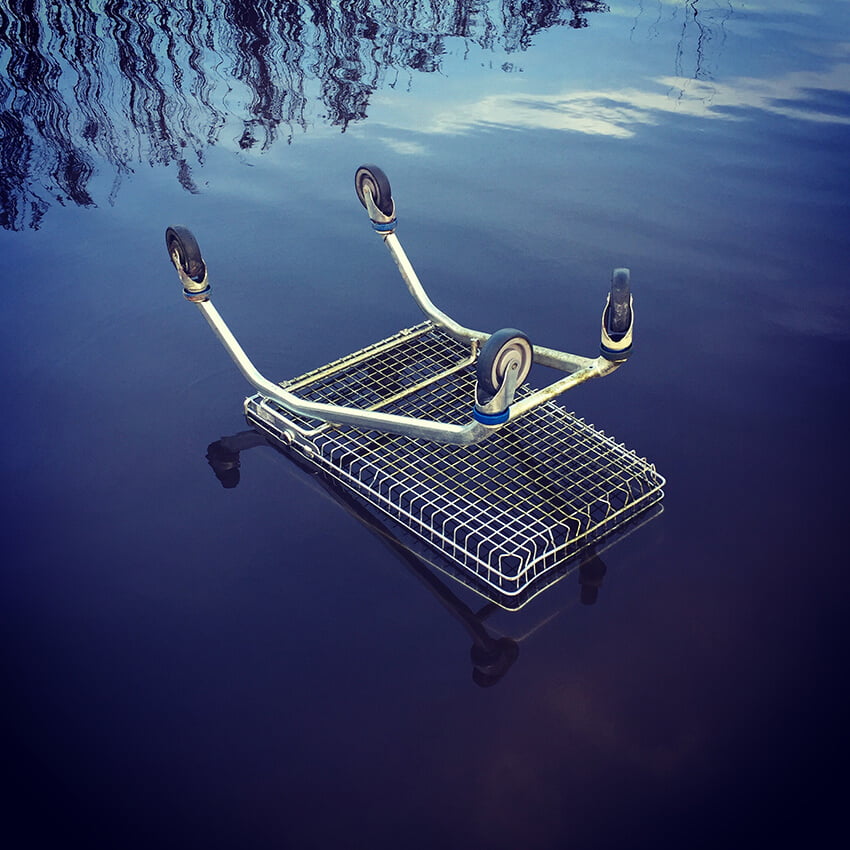 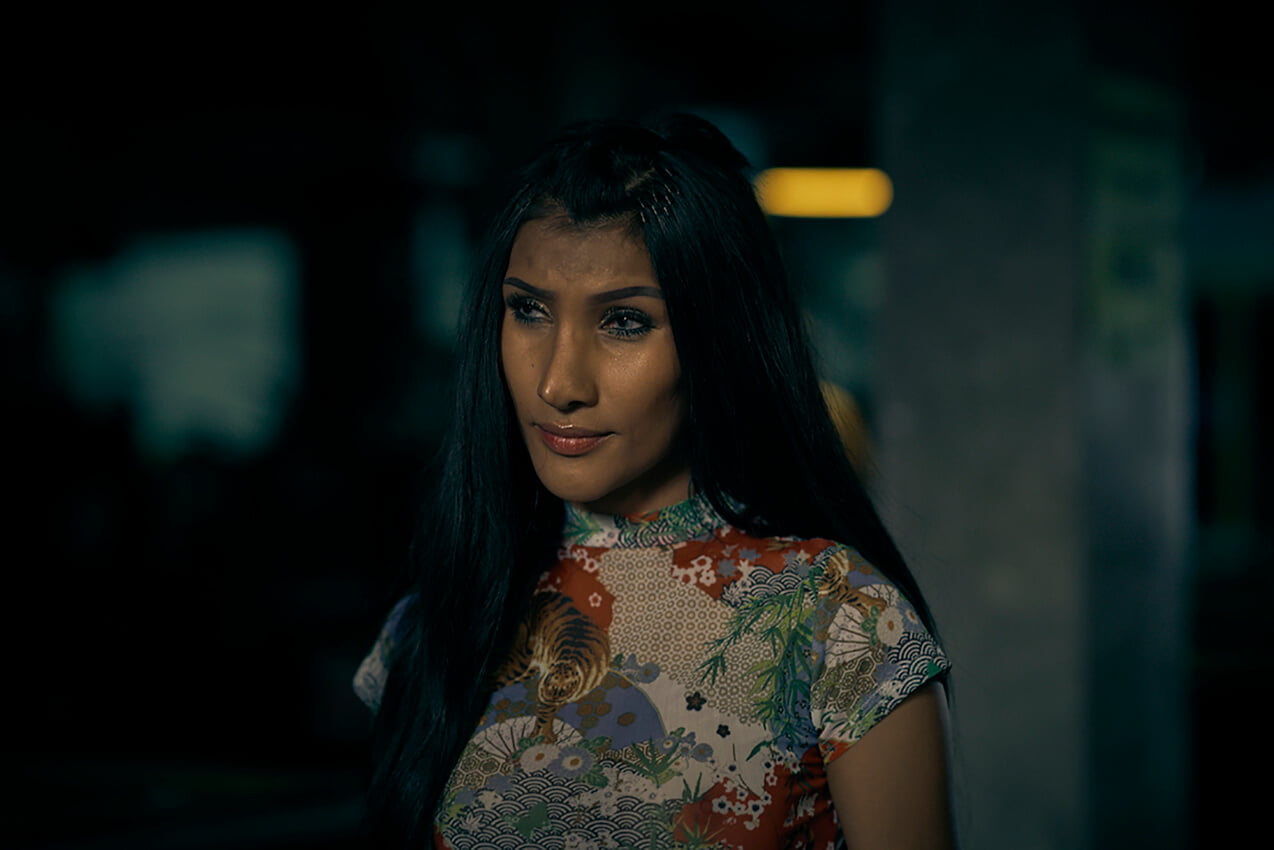 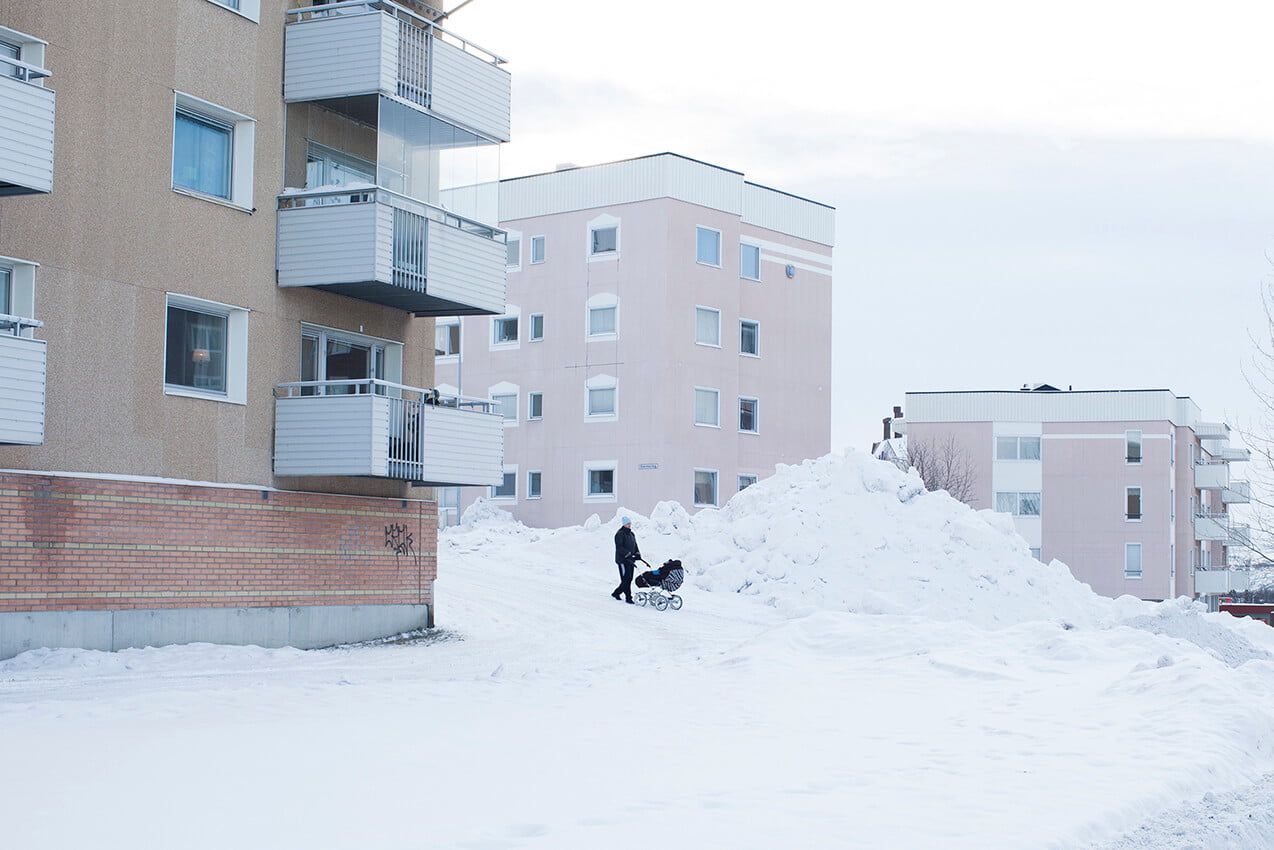 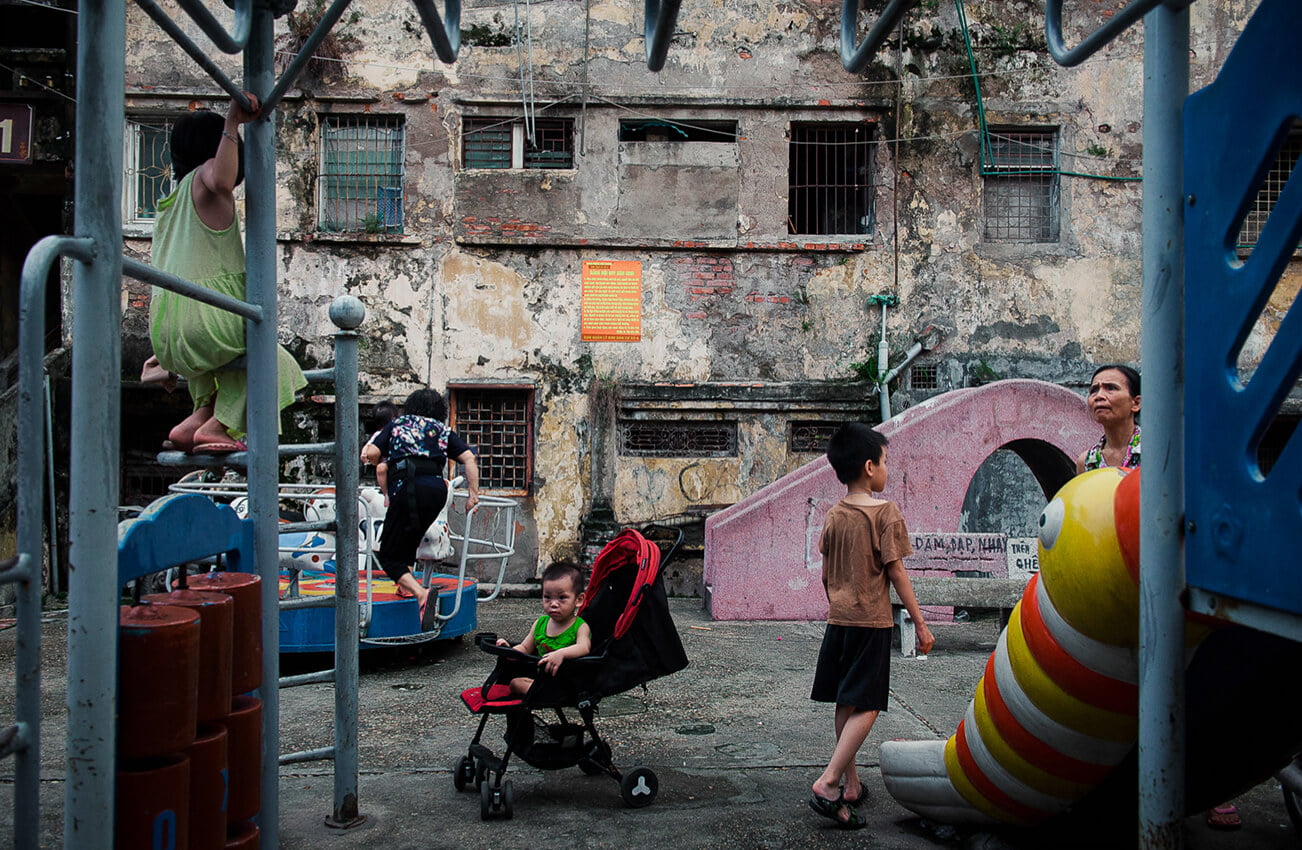 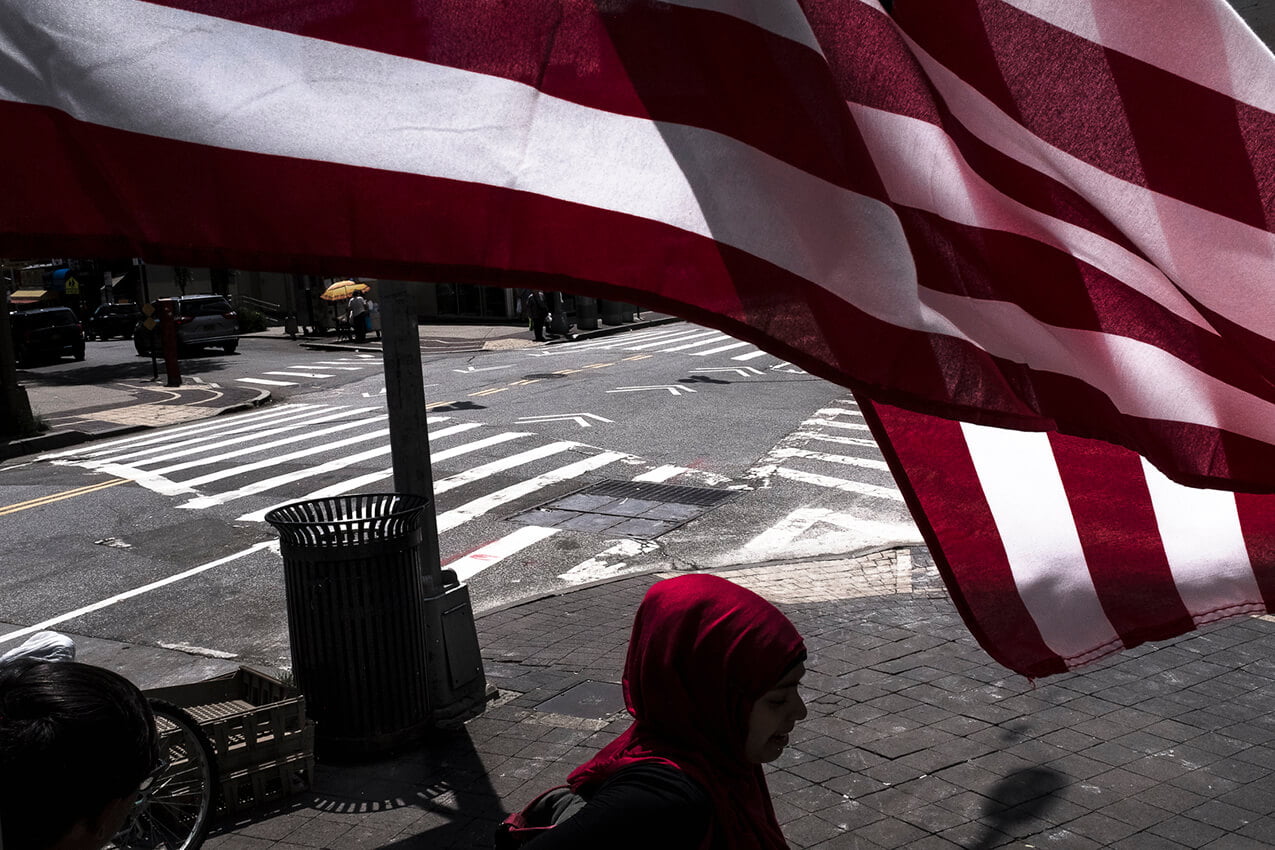 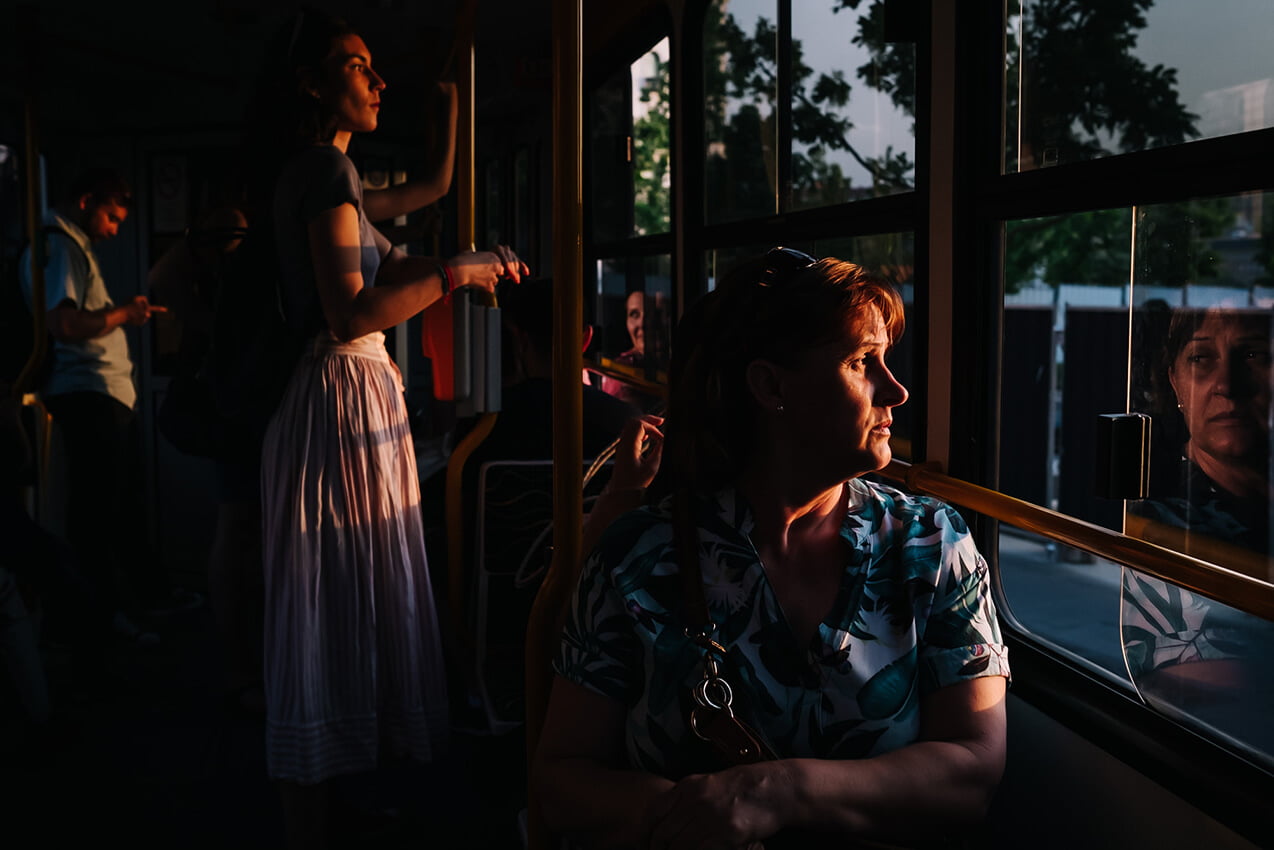 “This is a lovely picture. If you were to just describe the elements – a girl, a cat, a street – it sounds like thousands we have seen. Yet this one has a mystery. The cat is curious and the girl is curious about the cat. The woman sweeping almost out of sight, and the small crowd way in the background really adds something for me. This looks like a photograph from the 20s or 30s…in a good way. Seemingly nostalgic without being too sentimental. Very nice.” – David Alan Harvey

“There is a lot going on in this photograph and it seems to symbolize community living. While the shirtless man is the obvious start and center of attention, the eye flows and circles around inside this picture, and keeps finding things to land on. The woman tossing the ball takes it over the top, as does the hand touch of the woman and the kid in the red tub. This is a very nice juxtaposition of several moments all captured in one picture. Bravo.” – David Alan Harvey

“It’s the emptiness of this image that’s so arresting. The sparseness of the scene – the drain cover and asphalt texture the only hints to the environment this man occupies. Leng ramps up the contrast between light and shadow to create an almost magic realism – an otherworldly feeling as he walks tentatively into the abyss. That sense of stepping into the unknown is a universal one, and here it’s conveyed in bold and elegant metaphor. The street becomes the sublime.” – Life Framer

“Raindrops on glass are an early ‘go to’ for many a street photographer – such is the draw of their aesthetic and their power as shorthand for loneliness and urban drudgery. Like night-time light trails from passing traffic, they’ve become a tired photographic motif for city life, and yet Bill avoids any such cliché through sheer elegance in execution. Here the raindrops obscure a mysterious figure, framed perfectly against the second figure behind her, and with glimpses of red sleeves that contrast so tantalizingly with her green coat. She acts as a ray of color and intrigue against a gloomy, washed-out backdrop. It’s mysterious and exquisite.” – Life Framer

“This is a wonderful and unexpected street capture. It has a gorgeous palette – the tan suitcase playing off against the paving and offsetting against the reflected building bathed in golden hour lighting. It’s packed full of interesting textures – particularly the way in which the nobbled paving and patterned metal drain cover mimic the windows of that same building. And then of course it has the daring downwards composition – this man’s stride cutting an assured line across the frame as he leaps to avoid the puddled water. It feels tactile and dynamic. We’re all used to looking up in cities, but sometimes the magic lies downwards below our feet.” – Life Framer

“This is a stunning scene – this main boy a beacon of stillness in a dynamic and chaotic environment, his expression – of serenity? Of grief? – uncharacteristic of his age. The boy next to him, with head in his hands, indicates a sadness, as do the main boy’s hands, out of frame but suggestive of being clasped in prayer. It is an example of a quite normal scene elevated into something significant by the strength of character that Kristof catches. It feels quiet but monumental.” – Life Framer

“With its careful framing and sharp lighting Stephane presents a wonderful mise-en-scène that bursts with life. The colors hit you first, but the real joy comes in studying its characters – the cool old man, the carefree children, the woman cutting a frustrated figure in her intricate patchwork dress, and the onlookers behind – like a second audience to the unfolding scene. It’s a scene that offers a fascinating glimpse into present day Namibia, where the street is full of life. And that energy is palpable.” – Life Framer

“Oleg’s study of commuters at Tokyo’s famous Shibuya crossing draws you in with its striking color palette and tight, close-up framing. Such a sophisticated composition is not easy to achieve in a dynamic, busy setting and it acts to create something equal parts intimate and voyeuristic – a captivating combination, and a rare opportunity to examine passers-by we will never meet. It plays on interesting ideas of city existence – of feeling isolated while living among millions, each with a story as complex as our own. Here Oleg’s two characters almost interlock in the frame, and yet will remain oblivious to the existence of one another.” – Life Framer

“With its muted color palette and identikit suited businessmen, there’s something sad and dismal to this scene – an indictment perhaps of the drudgery and lifelessness of contemporary corporate life. Of working for the man, of trudging the same streets on the same daily commute. But there’s also something wryly comical in the placement of these figures across the scene – evenly spaced as they approach the tunnel, almost like products on a factory conveyor belt. It acts to strengthen that central premise in a way that’s deliciously, playfully subversive. It’s the work of shrewd observation and wonderful timing.” – Life Framer

“Pauline’s neat and orderly composition juxtaposes sharply with the ramshackle, informal home she photographs – from a series in which she documents shelters built by the homeless. This small, humble structure is dwarfed by the tower blocks behind it, and may not offer much, but it’s a reminder of our shared human nature – to need to create a place of belonging, to desire to make the best of what we have. And in its colors and interplay of textures and materials, it radiates a modest beauty.” – Life Framer

“This image is striking in its simplicity, and satisfyingly executed – an upwards view of a floating political banner of Turkey’s president Erdogan, holding court with the tower blocks that puncture the sides of the frame. It’s a playful composition, documenting a point in a city’s story, and the symbols and propaganda that govern its future.” – Life Framer

“This image is pure visual poetry – the gentle, muted color palette, the single rose, the soft folds of this lady’s skin that can be glimpsed through her backless dress. It’s the starting point for a short story, as she makes her way across a busy city, clutching this delicate flower. It’s a delightful example of open storytelling – Jonathan arranging the pieces from which the viewer can start to daydream.” – Life Framer

“Through creative candid visual storytelling, Tirta deftly captures a market transaction – the shadows more expressive than the characters themselves. Yes, it’s a little messy, but that’s expressive of the environment from which it is drawn. It’s a well observed moment of street spontaneity – the work of instinct. I’m drawn to the extemporaneity of this moment, the muted color palette, and the impulsive, rule-breaking framing.” – Life Framer

“With his bowler hat and mirrored sunglasses this man is full of character – these adornments perhaps small acts of individuality and defiance against his corporate uniform and generic urban surroundings. Marcin shoots from below to emphasise that charisma quite brilliantly, his towering figure rising up with the lines of the skyscraper that disappears into an atmospheric mist above. It’s a bold and adventurous composition that elevates his subject matter marvellously.” – Life Framer

“Here the humble shopping trolley is given an almost fine-art treatment, captured statuesque against the glassy puddle. Upended and only just breaking the surface of rising water, it stands like a symbol to unsustainable capitalism. A sad emblem for our consumerist culture. The metaphoric connotations are unavoidable. It’s an understated moment that surprises in how something so normal can be portrayed so beautifully, and imbued with such rich meaning.” – Life Framer

“A street capture quite unlike any other in the submissions, Massimiliano’s image of a parent pushing their child through a snow-swept street is elegantly composed and striking in its austerity. The central subject stands out starkly against the white-washed surroundings – the mundanity of such a journey at odds with the harsh environment through which it’s made. It’s a fantastic composition, and a unique view on street life.” – Life Framer

“The appeal of this image is in its ambiguity. Our subject’s shadowed surroundings are unclear but seem foreboding, and her expression – dignified but apprehensive – is enigmatic. Is she a street worker perhaps? Or are we misreading the clues? She’s a fascinating character, and it’s an example of photography that poses more questions than it answers.” – Life Framer

“This is a beautifully composed shot – the climbing frame acting as a funnel into the image, and the five protagonists each occupying their own space in the scene, encouraging the eye to wander back and forth across the frame, picking out new elements as it goes. It’s full of color and life, and curious little details – the baby presumably jealous of their sister’s athleticism, the concerned mother watching on, the bench with words carved into its back, the crumbling building, like a palimpsest to times gone by. It’s a wonderful scene that packs a visual punch, and then slowly unfurls itself to the viewer’s delight.” – Life Framer

“This is a brilliantly dynamic, candid street capture. The road markings are cleverly juxtaposed against the Stars & Stripes, and the way the passing lady’s hijab plays against the flag – the colors in harmony, the connotations less so in today’s American political climate – doesn’t go unnoticed. It’s an image that resonates on a number of levels, and those are the ones that linger.” – Life Framer

“Quiet and poetic, this image offers a moment of tenderness and reflection. Our subjects are bathed in a warm orange light, their features highlighted by the low sun. And they gaze off frame allowing the viewer to contemplate what might hold their attention, as ours is held by them.” – Life Framer