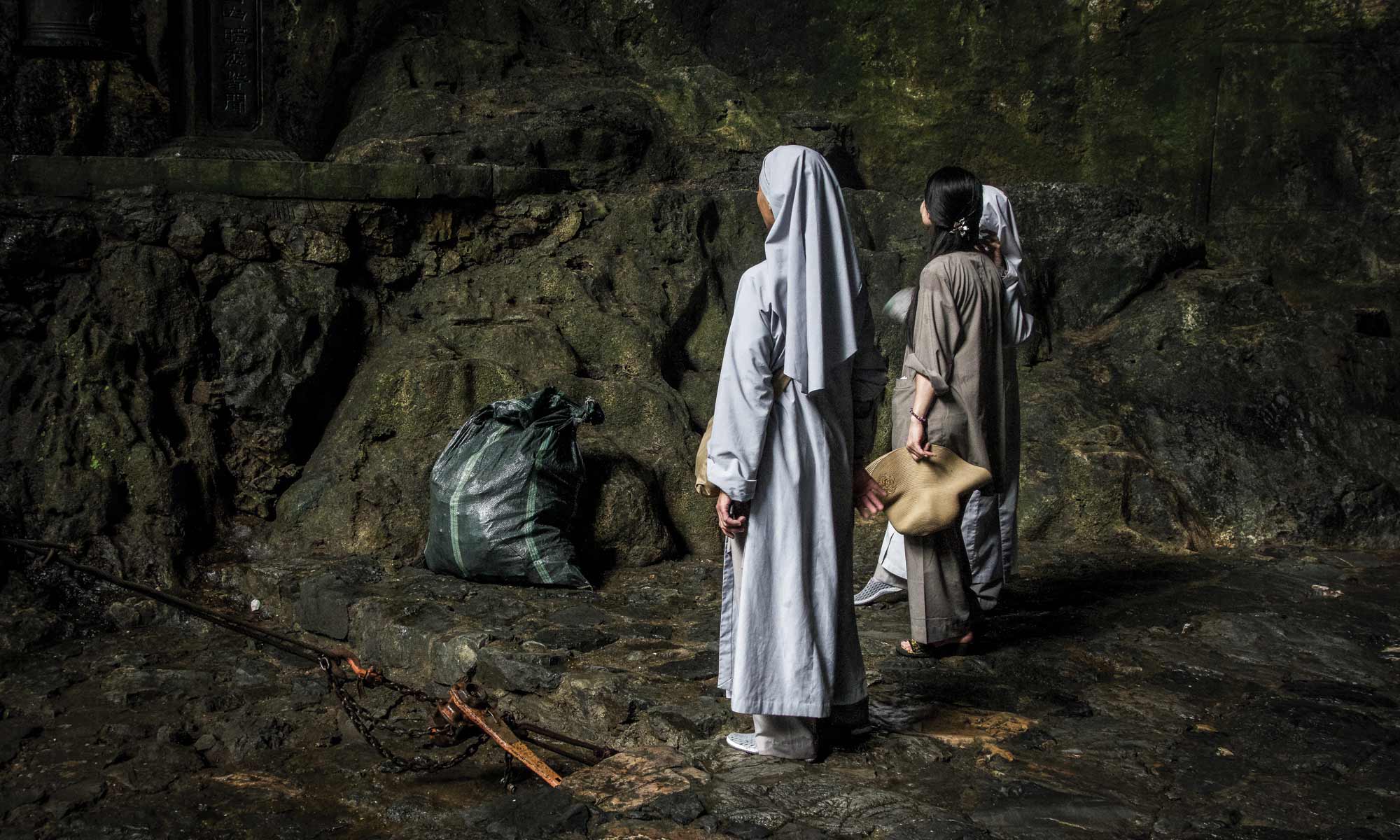 Rooted in rich artistic tradition, the genre of still life has long offered artists an opportunity to create art on an aesthetic and an intellectual level – to create meticulous arrangements that examine weighty themes such as status, consumption, and life and death.

With such a history, it’s necessary to produce work that subverts, challenges or builds-on what’s come before, rather than repeating it. And this selection of 20 images from talented emerging photographers does just that. Some respond to the theme with this history in mind, others answer it more inventively, but each offers an aesthetic appeal and a deeper meaning, and that’s a potent combination. Life is never truly still, but these images afford us a chance to slow down and absorb the wonder of the world around us, and appreciate a crop of exciting photographers. 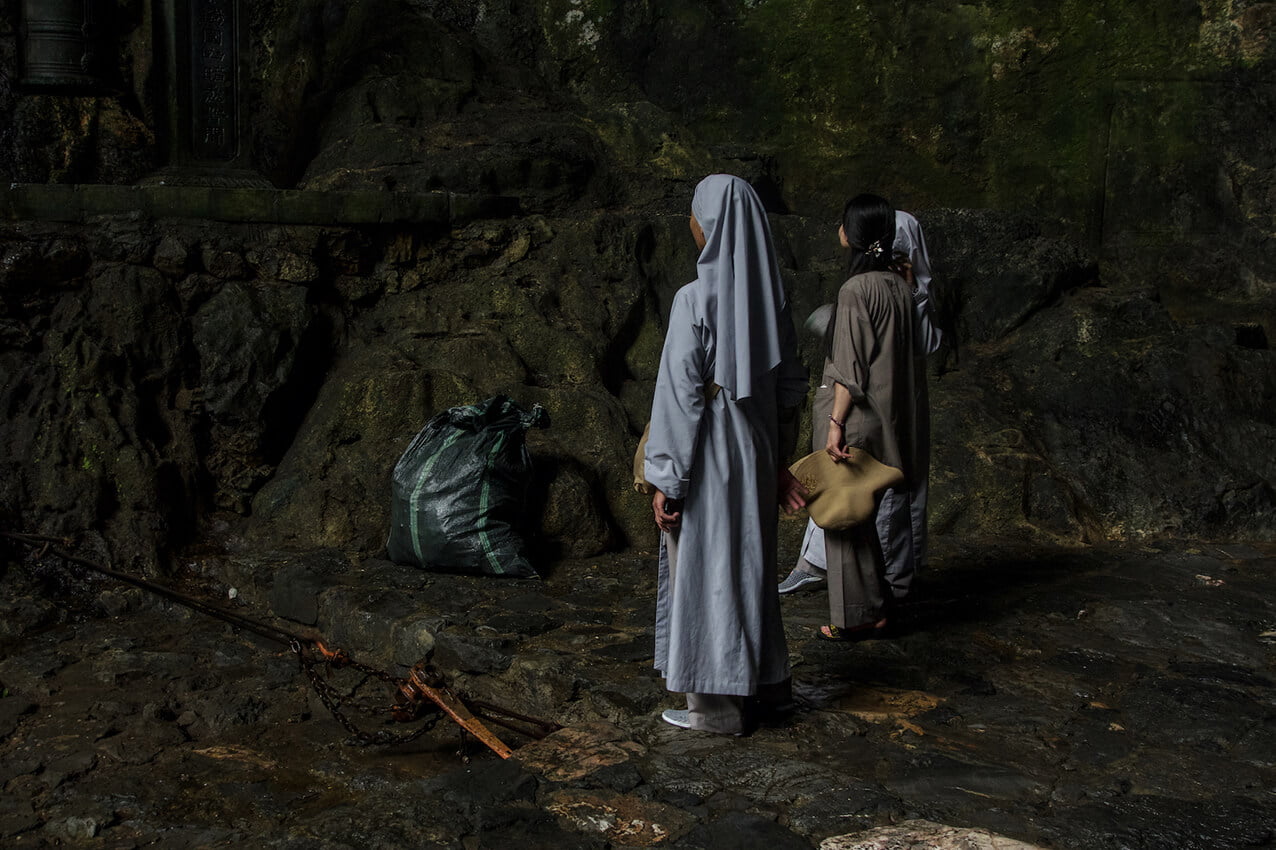 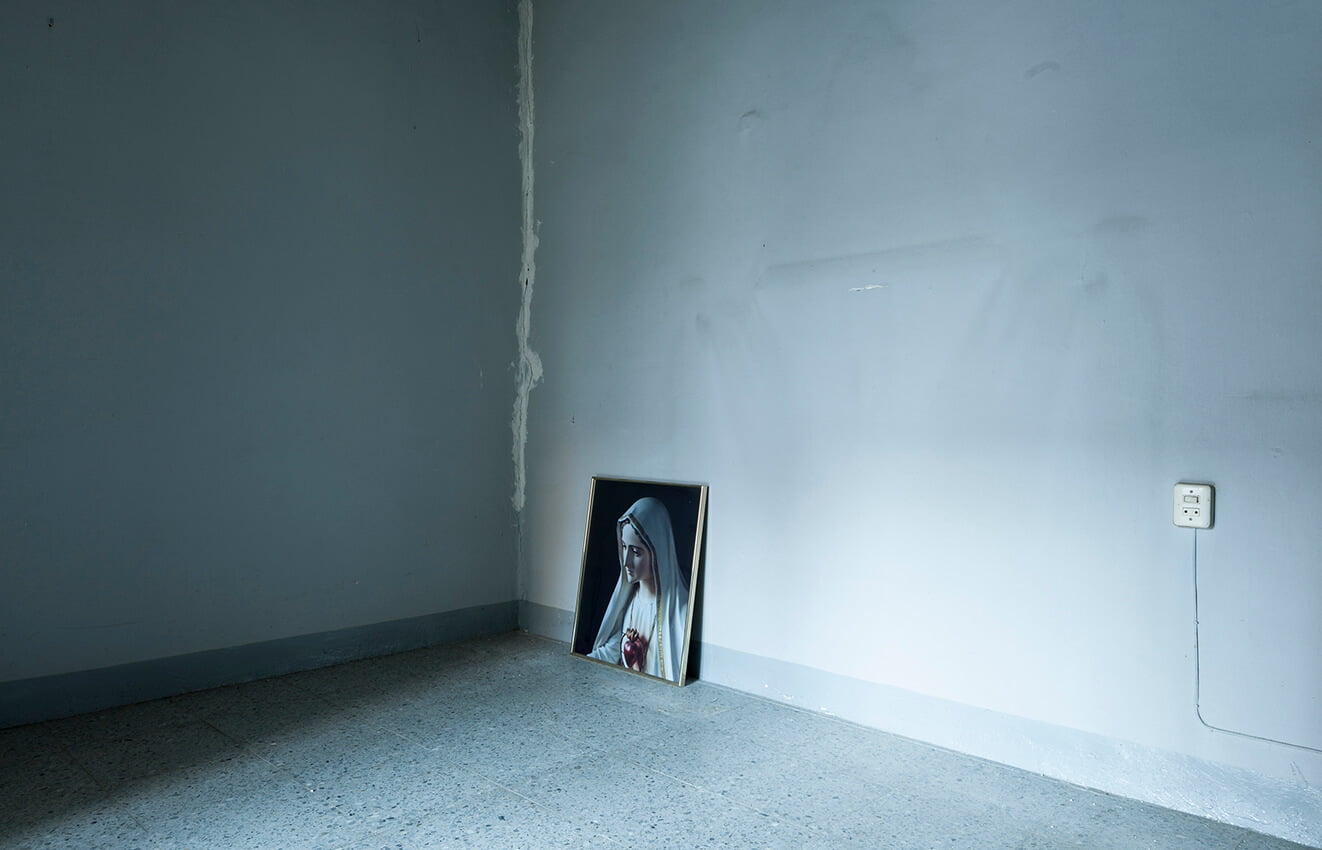 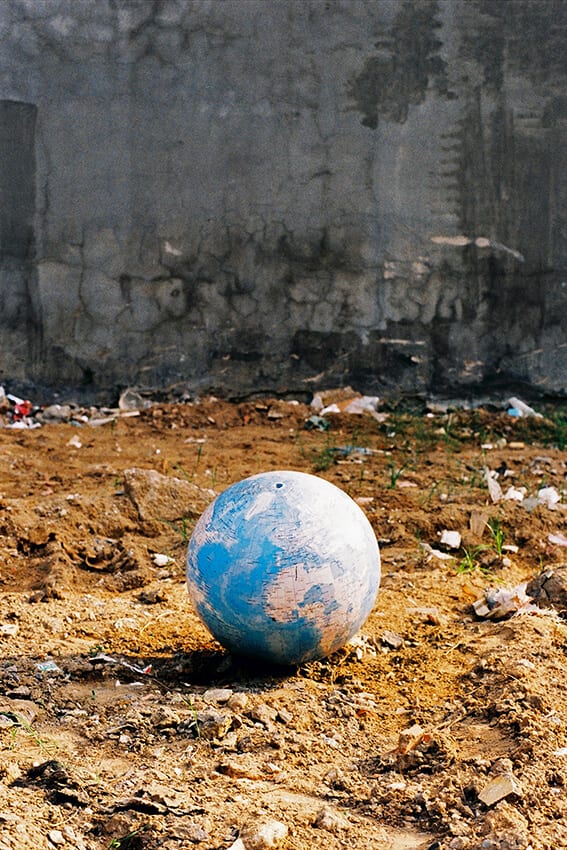 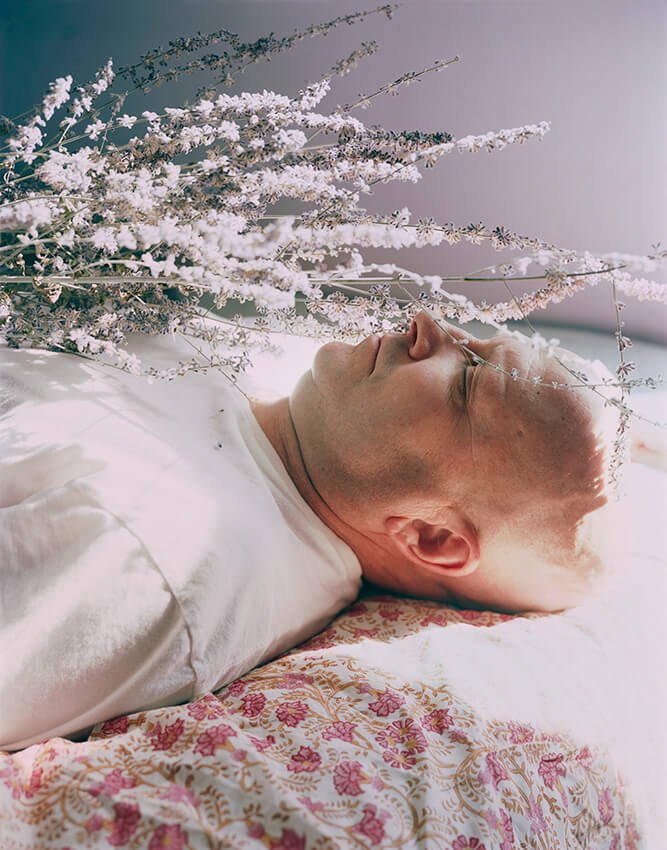 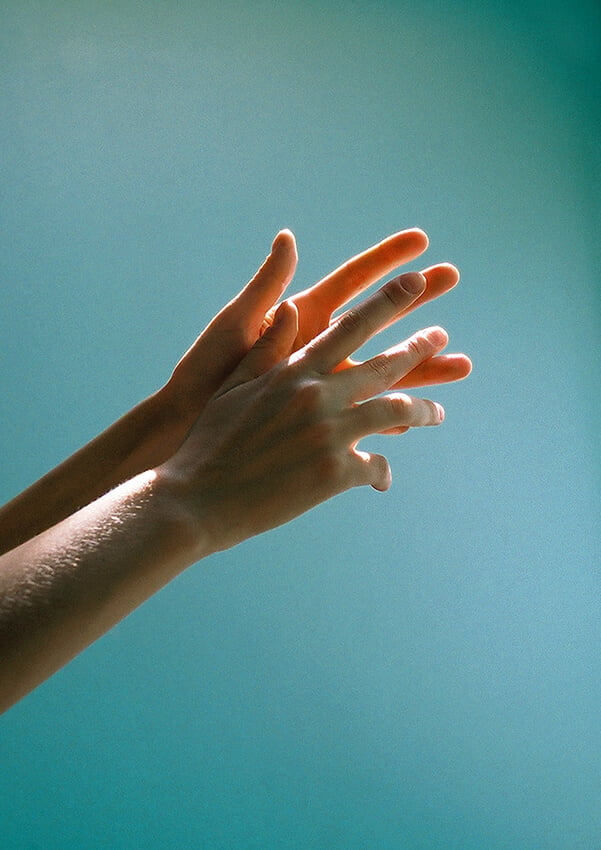 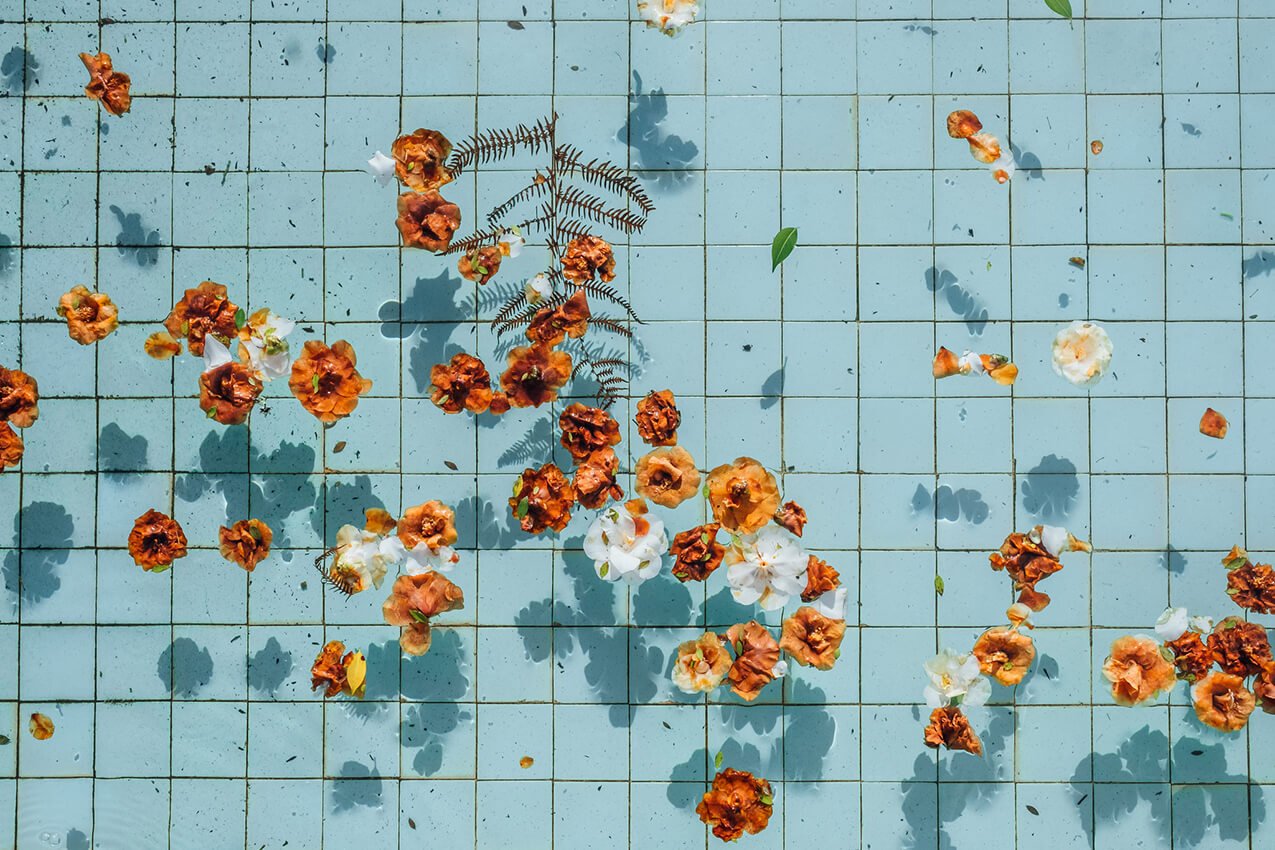 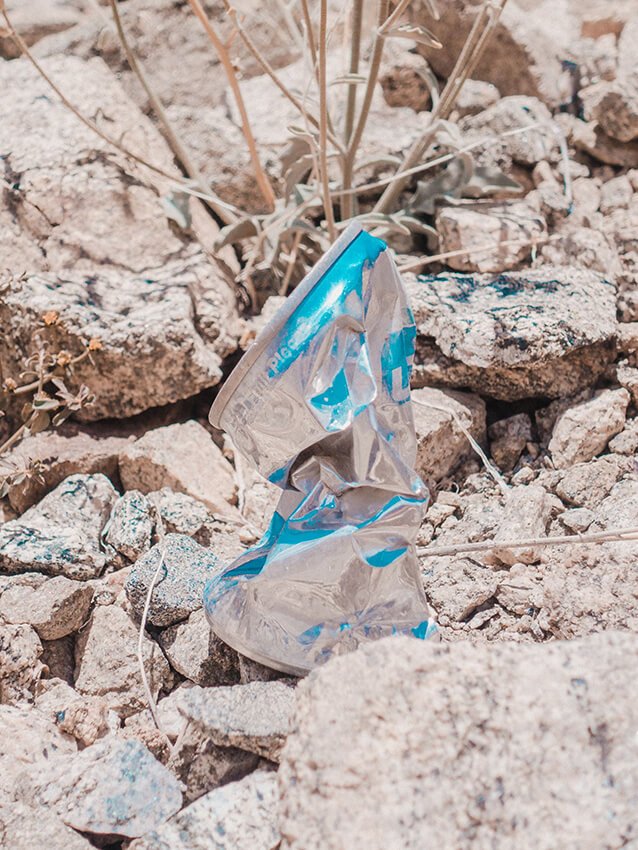 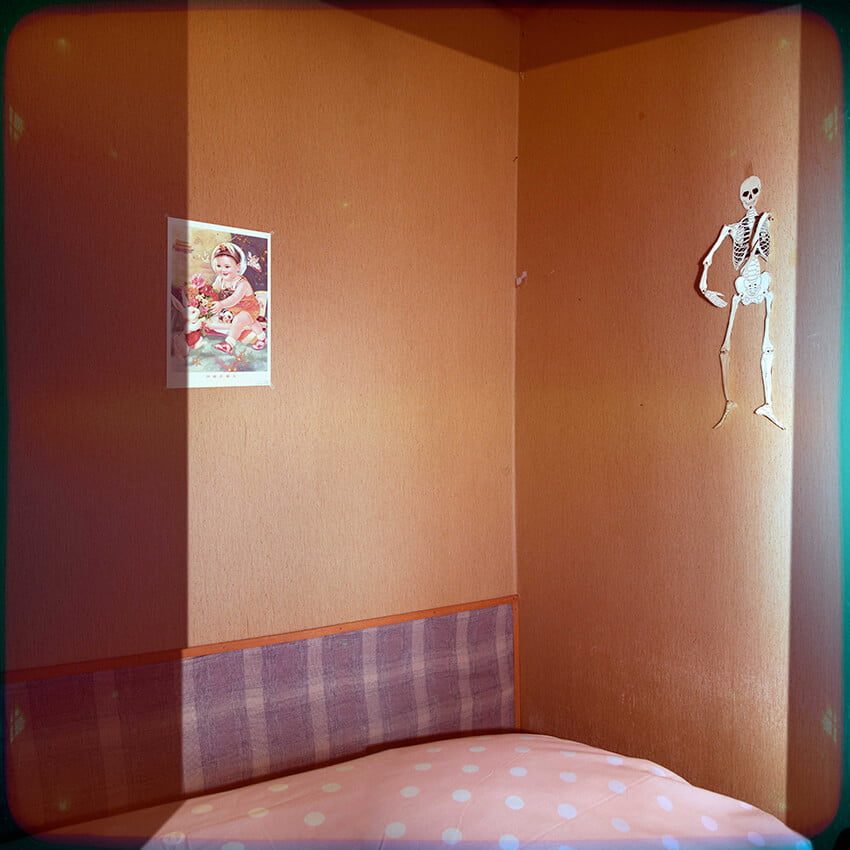 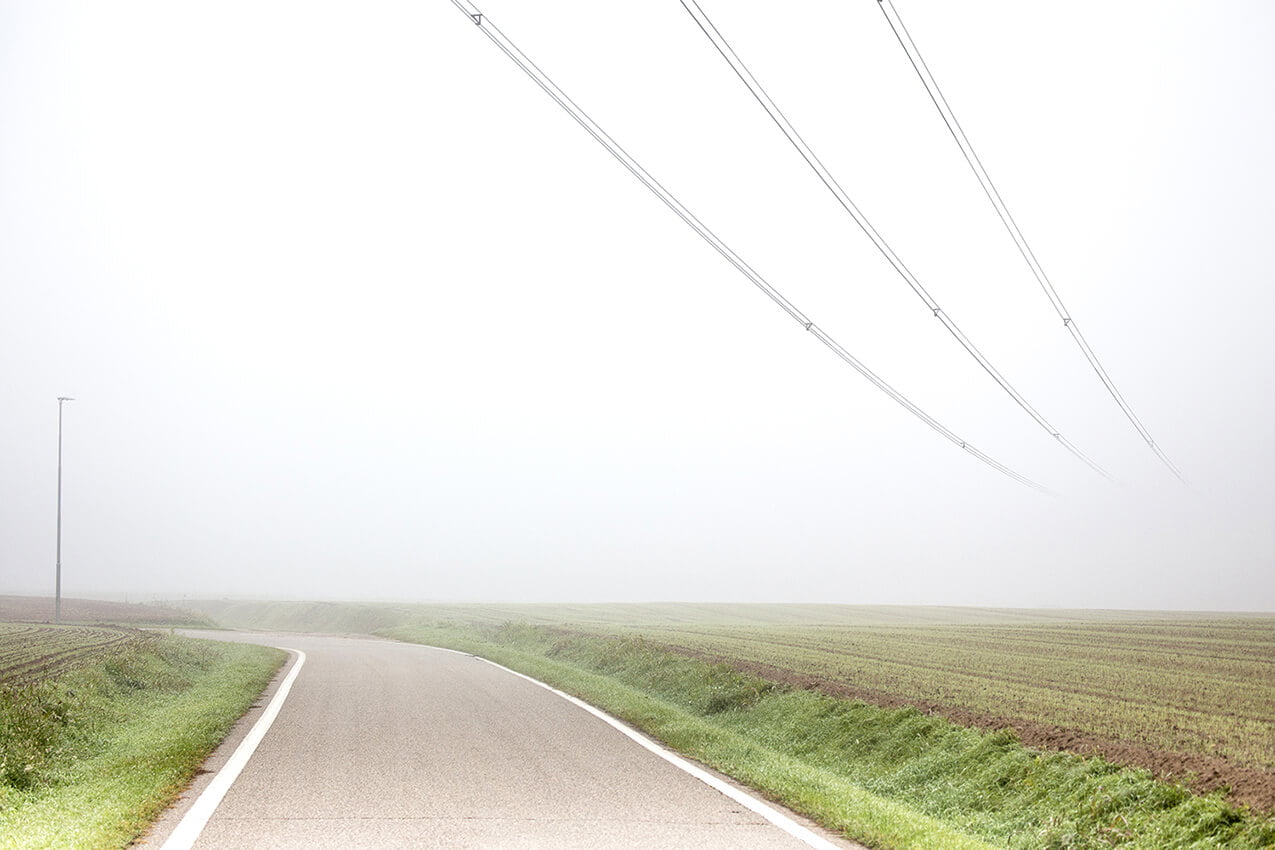 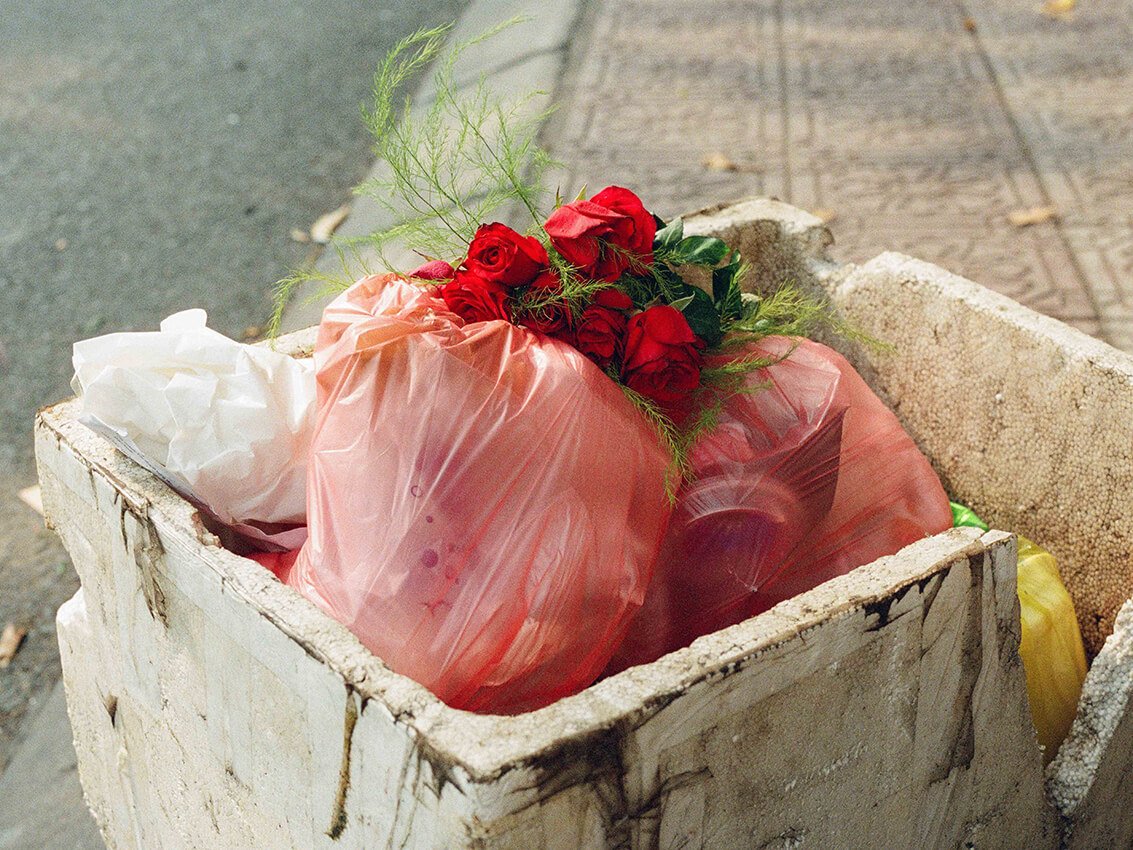 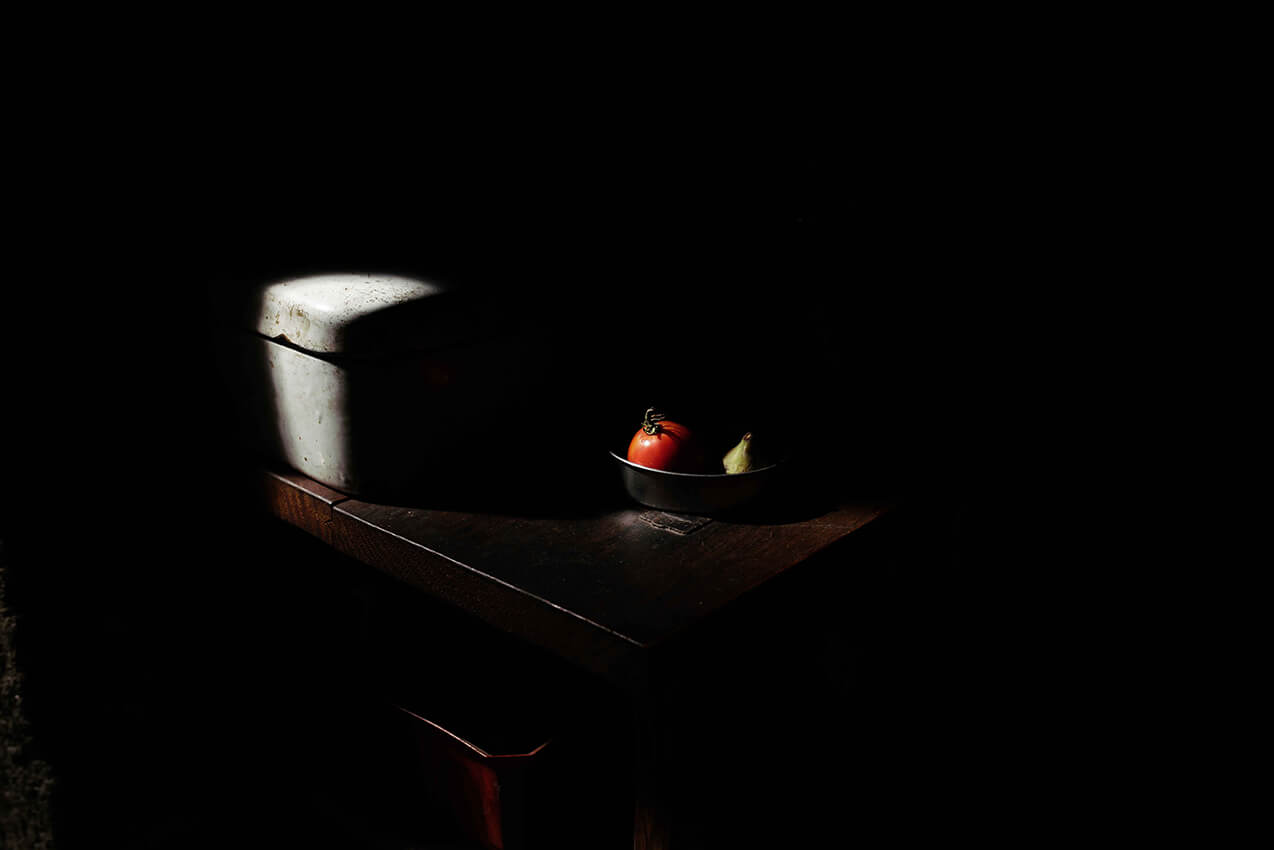 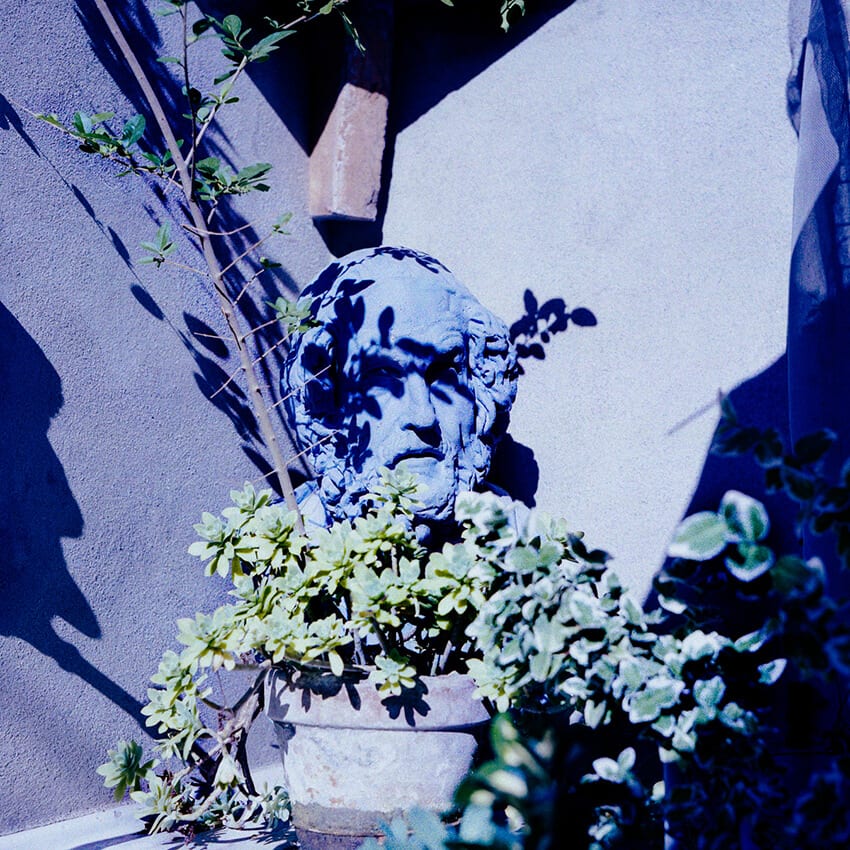 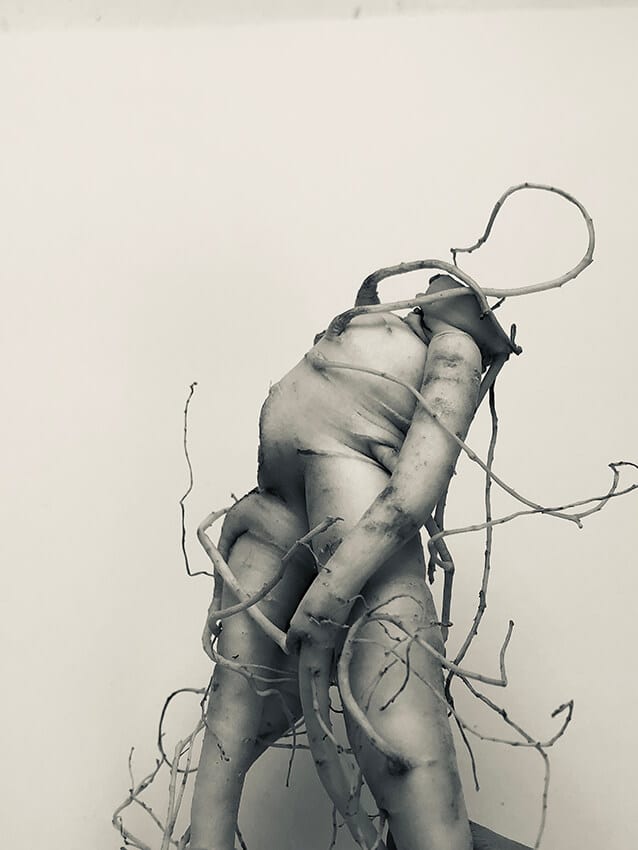 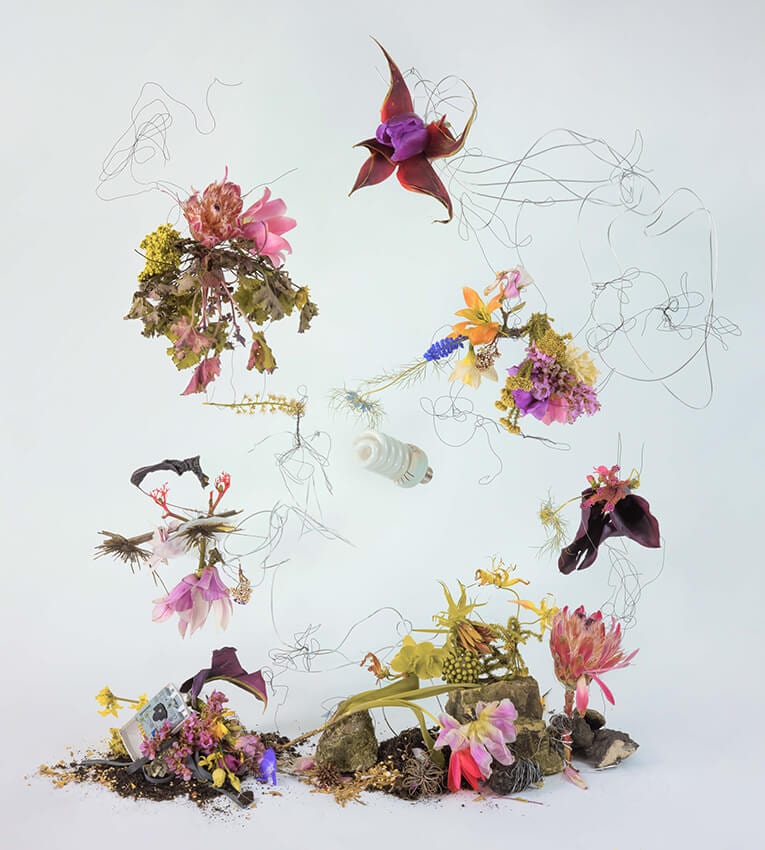 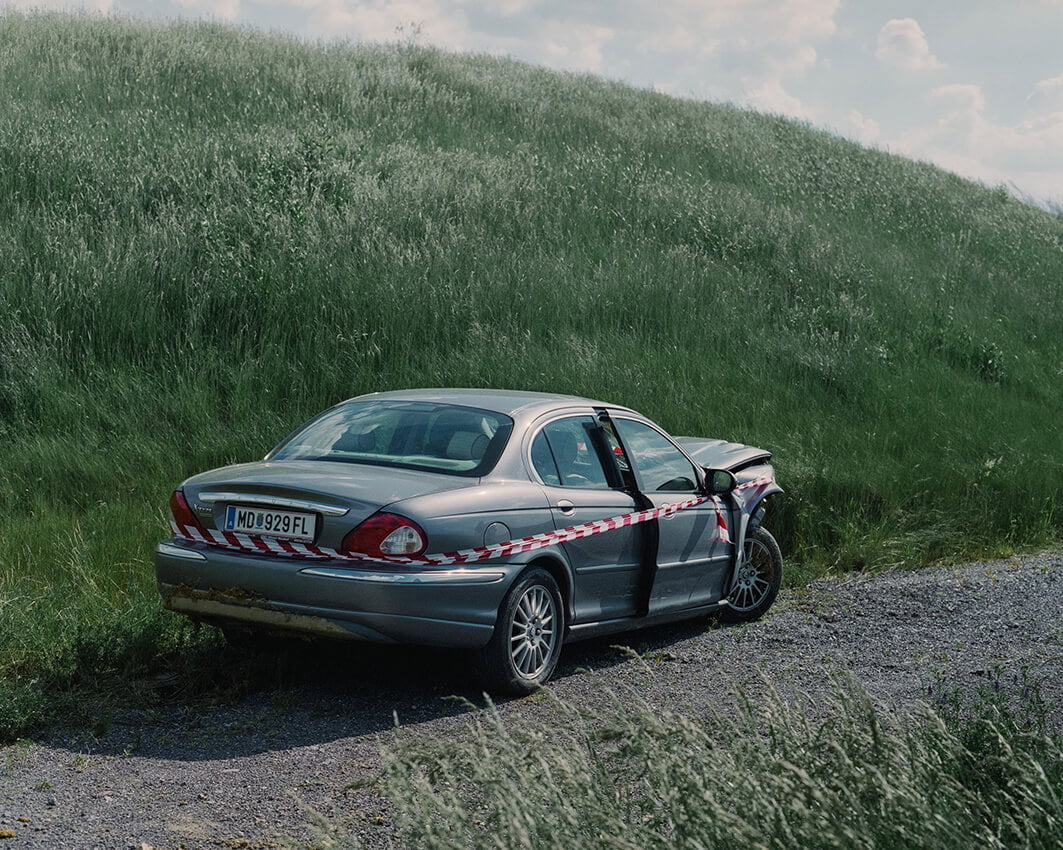 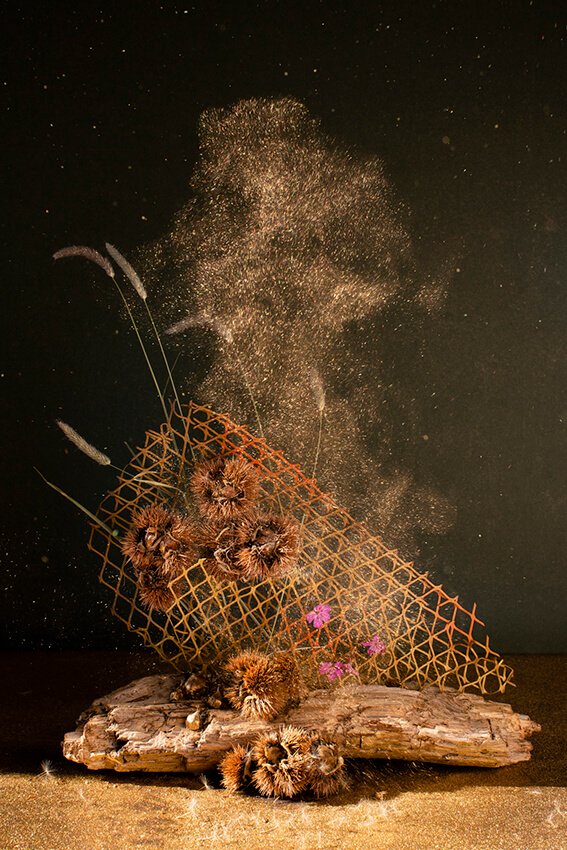 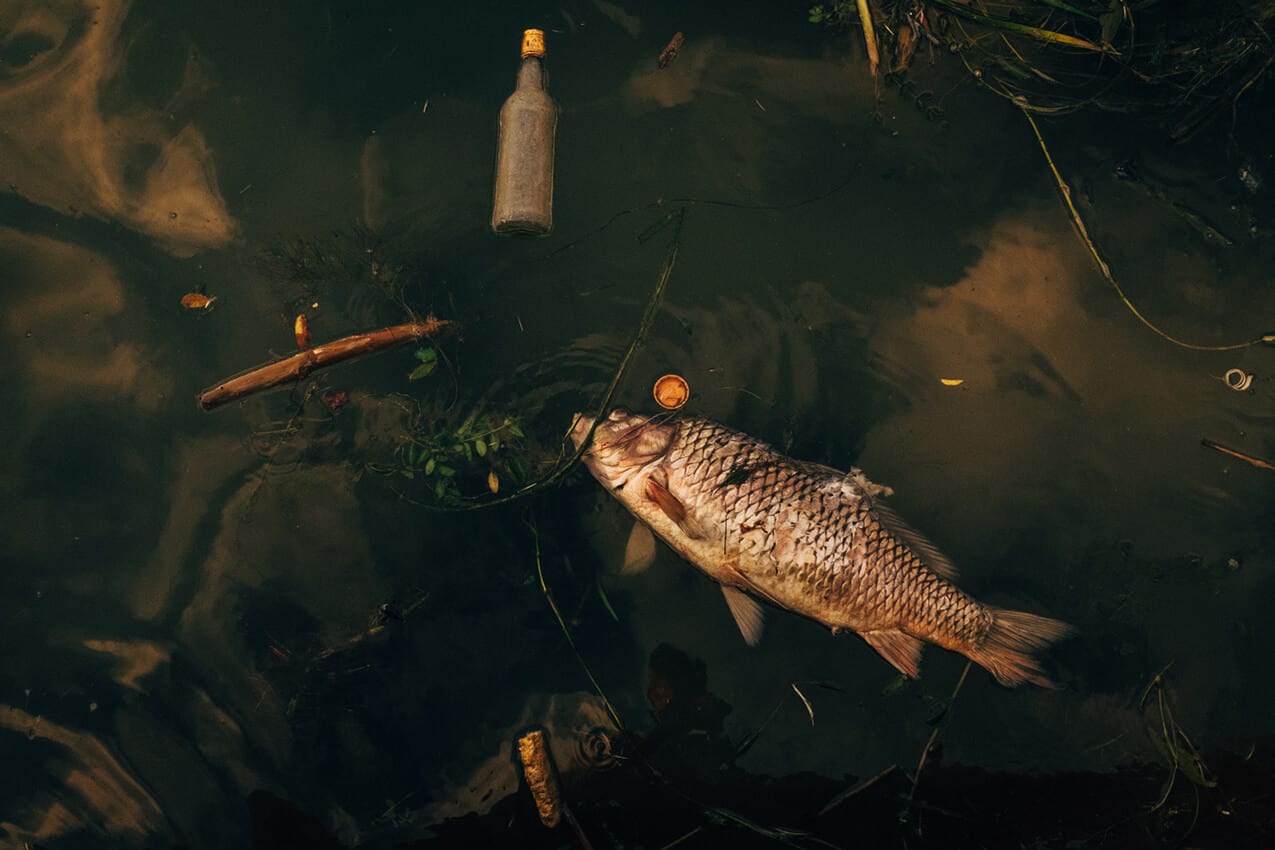 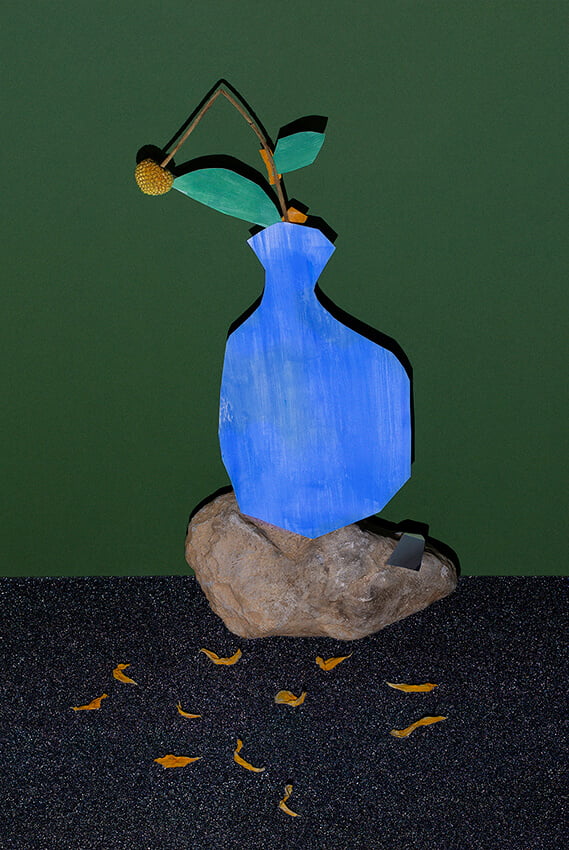 ” This photograph is immediately compelling. The lighting, composition and the fact that the individuals’ faces are turned away from the camera all create a sense of intrigue. It is not clear who they are, why they are there, what their relationship is to one another, nor what it is they might be looking up at. The chain fencing and the full black bag only add to the intrigue. It seems as though there is a larger and more complex narrative at play and I am left wanting to know more.” – Emma Lewis

” There is a simplicity and quietude to this image which made an impression on me. Its success, I think, is down to photographer’s use of angles: those of the picture frame against the wall, the way that the shadow divides up the image, and the lines of the floor, walls, and even plug socket. The simplicity of this composition, cool palette and the juxtapostion of such a significant subject depicted in the framed print with the drab surroundings altogether add up to a nicely effective image.” – Emma Lewis

“Duy’s image feels ripe with significance – our Earth stood abandoned in a barren, trash-filled environment, figurative of our damaging relationship with it. A resource to be used, rather than a complex ecosystem to be nurtured and cherished. Split in half by ground and wall, and with the globe positioned centrally, Duy creates a crisp and visually-pleasing composition.” – Life Framer

“From her series Blood in Heaven which examines womanhood and spirituality, Kat’s image feels rich with symbolism – the dried foliage, pure white fabric and the over-exposed, almost heavenly light that washes over the scene. It feels like a meditation on death – be that real or figurative – but where hope prevails rather than grief.” – Life Framer

“A gorgeous, delicate moment, Alessandro’s image is successful in its simplicity – a plain background, these hands picked out in the glow of light, and nothing more. The complementary colors of blue and orange give the frame a pop, but it’s the atmosphere that lingers. It’s beautiful and poetic observational photography.” – Life Framer

“By photographing water-droplets in macro on various surfaces she finds around her, Judy creates a mesmeric, galactic scene that bursts out of the simple constraints she sets herself. It’s an absorbing, and a testament to the creativity in finding magic in the ordinary. You don’t need NASA-level telescopes or to travel to space to discover a universe of wonder.” – Life Framer

“This is a wonderful perspective on a simple scene of flowers floating in water. The oranges and ochres of the petals play satisfyingly against the blue tiles, and the interaction between organic shapes, shadows and grid is absorbing. It may not be a complex composition, but it’s one that you can imagine hung large on a wall, and returning to again and again to pour over.” – Life Framer

“In his statement, Patrick talks of finding an “abstract or surreal world of photographic possibility” when turning his camera away from typical Indian landscapes and scenes of culture, and towards everyday objects and motifs. This image is a lovely example of that – a found sculpture glistening in bright sunlight, its coloring beginning to fade chameleon-like into the arid, dusty rockscape. It’s an attractive scene, but one that also conjures observations into human impact on the land – how eventually and inexorably, everything will be decomposed, returning back to the earth.” – Life Framer

“If the tradition of still life painting and photography has been in examining mortality and the ephemerality of life, then this image shows that notion simply and wittily – birth on the left-hand side, death on the right, and a sparse, unwritten expanse in between. Peter’s treatment – the empty composition and imperfections of film – provides an added intrigue and memorability.” – Life Framer

“Not a still life in the strict sense of the term, Andrea’s depiction of an artist and his unfinished painting in Barranquilla, Colombia nonetheless channels a stillness in his subject’s posture and masked expression. It provides an insight into both an unusual character, and his unusual perspective on life. Sat amongst a feast of fabric colors and textures, the result is arresting.” – Life Framer

“Meticulously framed, Laura captures the clean geometry of road, farmed fields, lampposts and cables in her home region of the PO Valley in Italy, all enveloped by a thick, silent fog. The stillness is palpable, and a quiet drama – of travel and adventure – prevails.” – Life Framer

“From his series Wasted Love, Marvin captures scenes of abandoned bouquets, discarded and left to rot as soon as the first signs of wilting appear. It’s not a beautiful image, but that of course is the very point – to examine the value we place on youth and perfection, the visual and cultural language of love, and the ephemerality of seduction. It’s a lovely play on the traditional “flowers on a table top” still life – while those images feel alluring and luxurious, Marvin presents us with the bitter reality that follows.” – Life Framer

“While many traditional still life scenes overflow with opulent detail, Ana’s take on the theme is an exercise in restraint – simple fruits, a nondescript box, and the thin edges of a table and chair highlighted by a slender shaft of the light, the remainder of the scene enveloped in total darkness. Counterintuitively perhaps, the more detail that’s removed, the more fascinating the scene becomes – we’re given only tiny, breadcrumb-like clues to the space and the people that might inhabit it.” – Life Framer

“Awash in blue and drenched in sunlight, Camilla’s candid still life scene is striking in the way the various lines, shadows and objects all lead to the centre of the frame and this ornate bust – a depiction of an important and powerful man no doubt, but here nestled amongst the foliage rather than celebrated on a plinth. It feels quiet and meditative, a subtle portrayal of a quiet pocket of the world.” – Life Framer

“Taken from her series Things That Look Like Other Things, Anne’s image of an unusual vegetable form is a masterclass in witty observation. The way the ‘body’ arches upwards, seemingly restrained by ropes that pull it backwards, creates something that feels powerful and weighty – a sculpture rich with meaning. Anne’s choice to frame the vegetable bottom-right emphasises that reaching forwards. It’s nicely lit, and generally well executed, but a focus on the pedantic details – avoiding the shadowing at the top of the frame and the corner of floor at the bottom – would make it even stronger. With such a title for the series, one’s eager to discover what other images it might contain.” – Life Framer

“William’s still life scene, assembled from objects collected on walks near his home, is filled with beautiful color and detail, shapes held in a weightless, delicate suspension. The juxtaposition of flora and man-made elements – a light bulb, a rubber strip, white plastic electronics – is intriguing… a comment on his local environment, and the landscape more broadly, becoming tainted with human detritus perhaps. It’s an image that demands to be poured over at large-scale, William’s toil in creating it apparent, but not to the detriment of subtlety in outcome.” – Life Framer

“An inventive response to the theme – here David photographs a car brought ferociously to a still, the reality of whether it depicts life or death left ambiguous. Wrapped half-heartedly in warning tape, it reminds us what remains, and what might not, after the drama and chaos of the crash.” – Life Framer

“An assemblage of found objects from London’s Hampstead Heath, flecked in gold dust and bathed in natural light, Alessandra’s sculpture describes a sense of place in a poetic and abstract way. Isolating plants of her choosing alongside man-made elements, she in her own unique way celebrates what makes a place special. And in capturing sparkling gold dust in motion she emphasizes the transience of the natural world, slowly but inevitably evolving and changing with the cycle of the seasons.” – Life Framer

“The bottle and bottle-top remind the viewer that this is a modern scene, but the gloomy palette and subtle diffuse lighting hark to the tradition of dark oil paintings of the Old Masters. It’s a piece of observational photography that manages to reference the past while commenting on a very contemporary problem – that of plastics and other environmental issues damaging our waterways.” – Life Framer

“Referencing Matisse’s cut-outs perhaps, Naiwen’s visual study of a flower in a vase distils the elements down into cartoonish, near-abstract shapes – block colors and straight-edged geometry. The result is something playful, fresh and minimal – successful in its simplicity.” – Life Framer