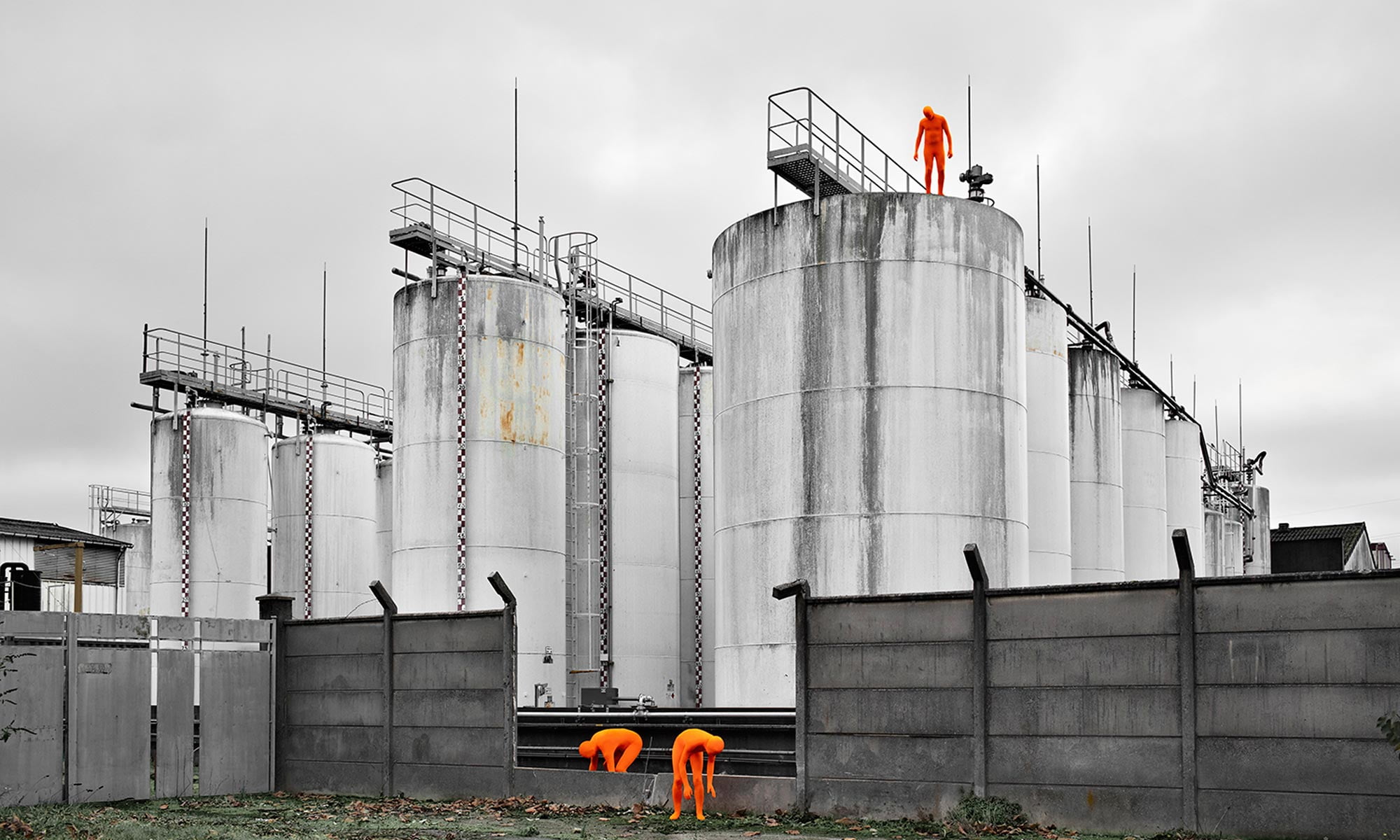 “Everything has beauty, but not everyone sees it” – Confucius

We are delighted to present the results of the final monthly theme of Life Framer edition IV – an OPEN CALL. This time we removed all constraints, providing no theme, and asking you to surprise and challenge us with your creativity and technique. The theme was judged by New York gallerist, author and critic Brian Paul Clamp. 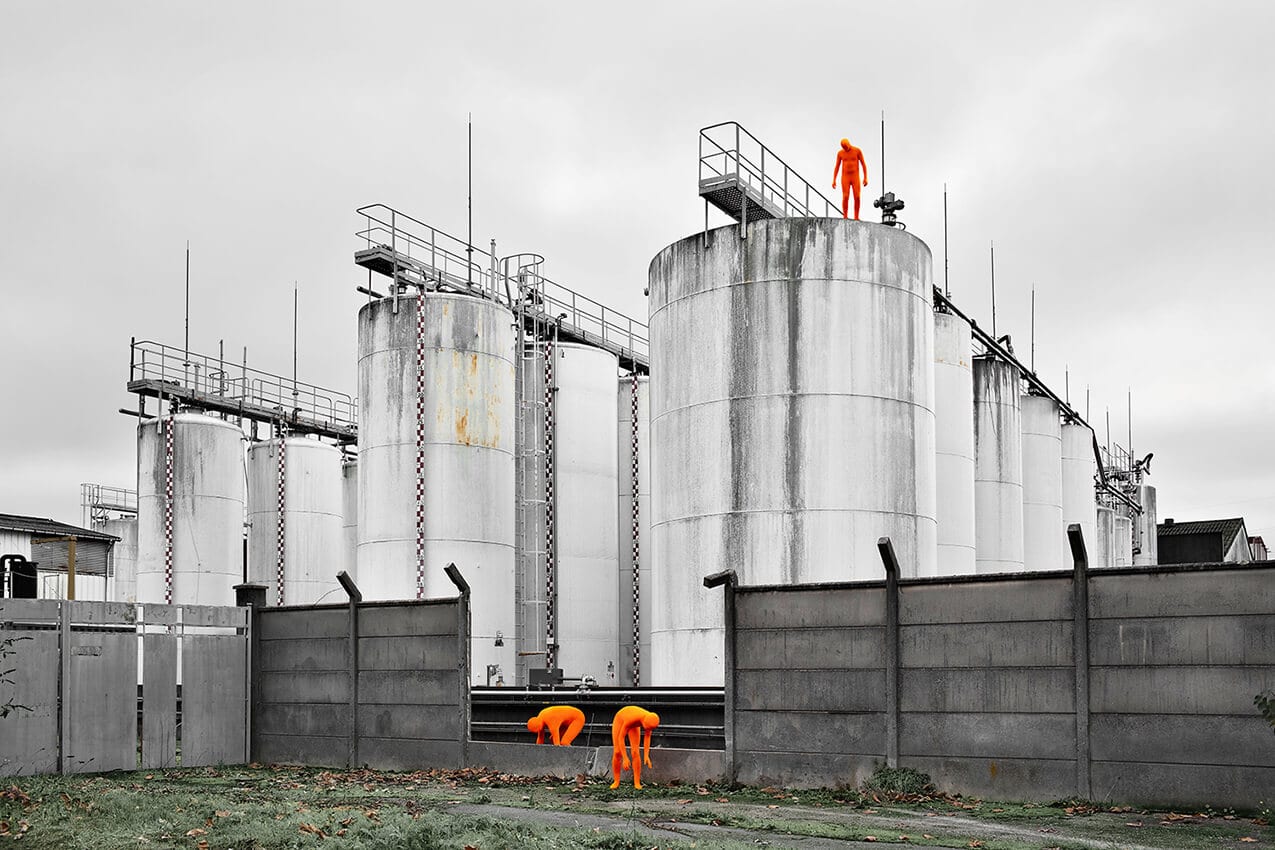 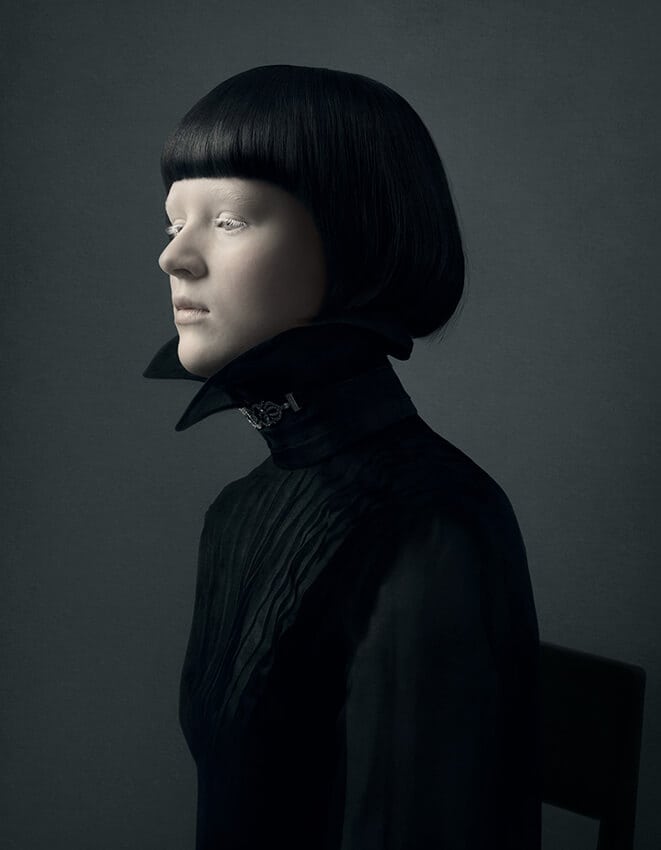 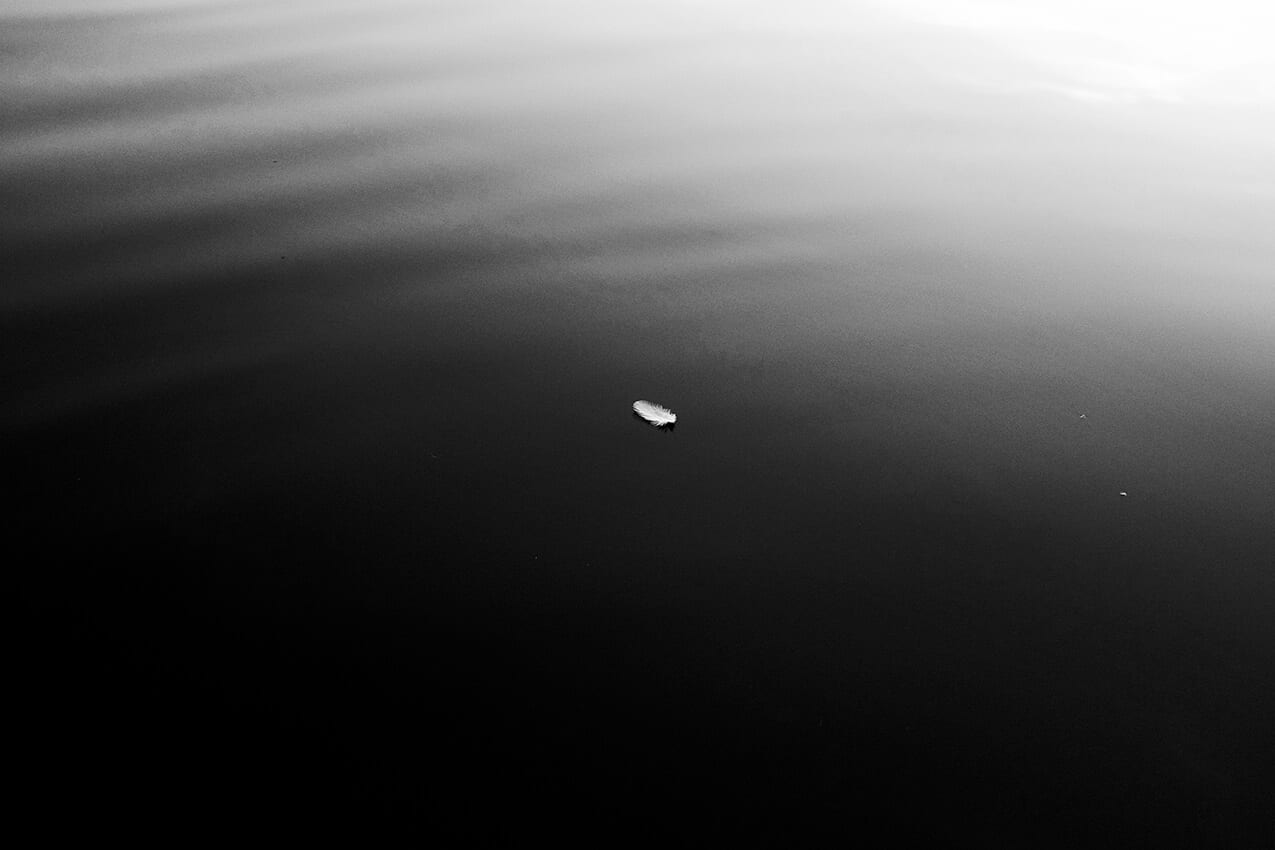 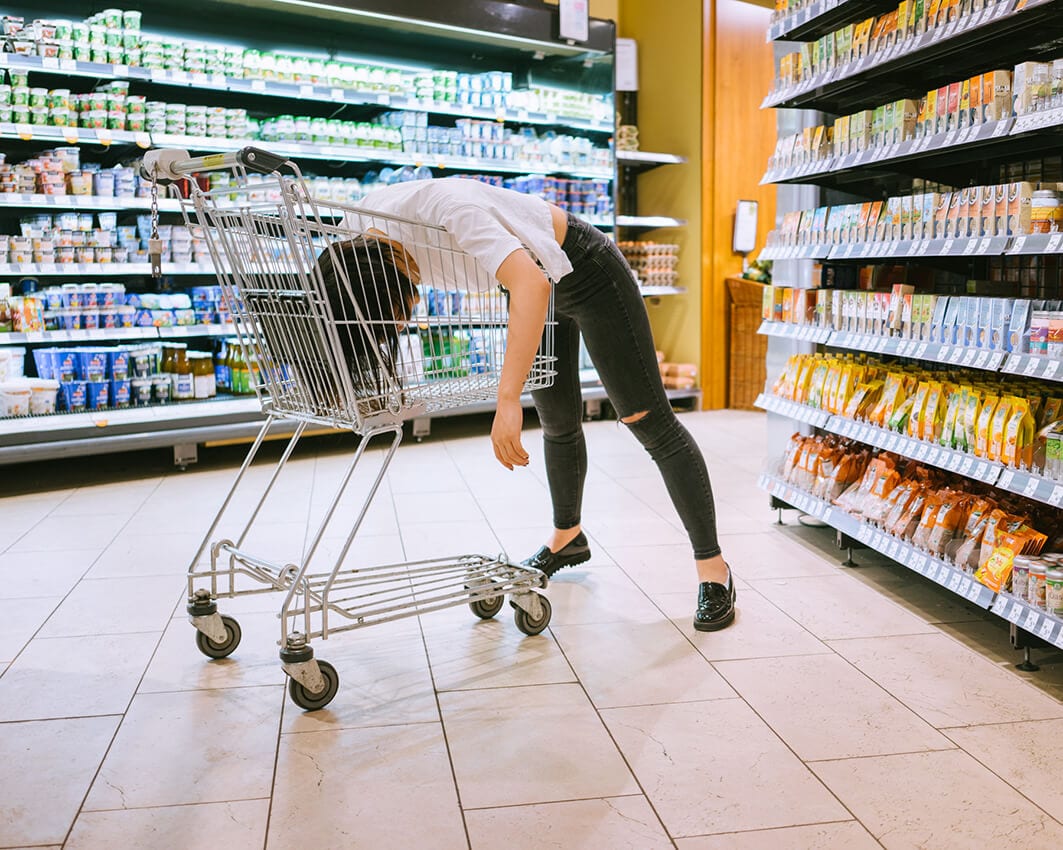 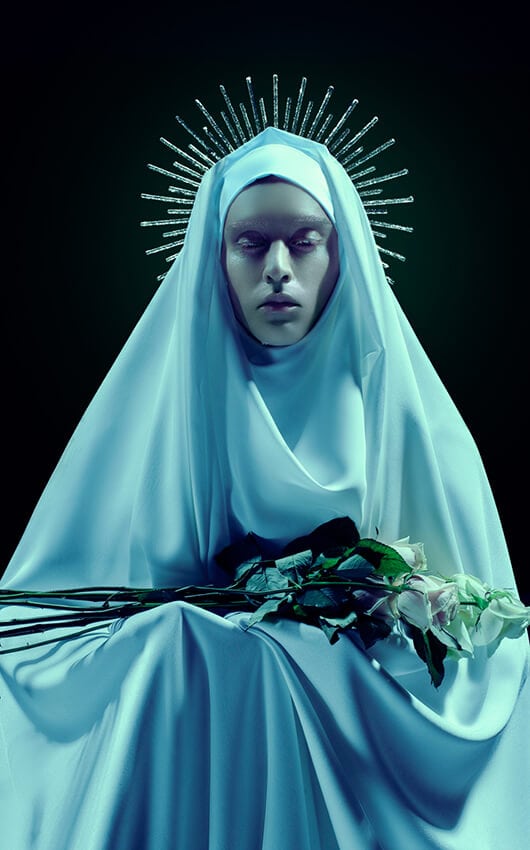 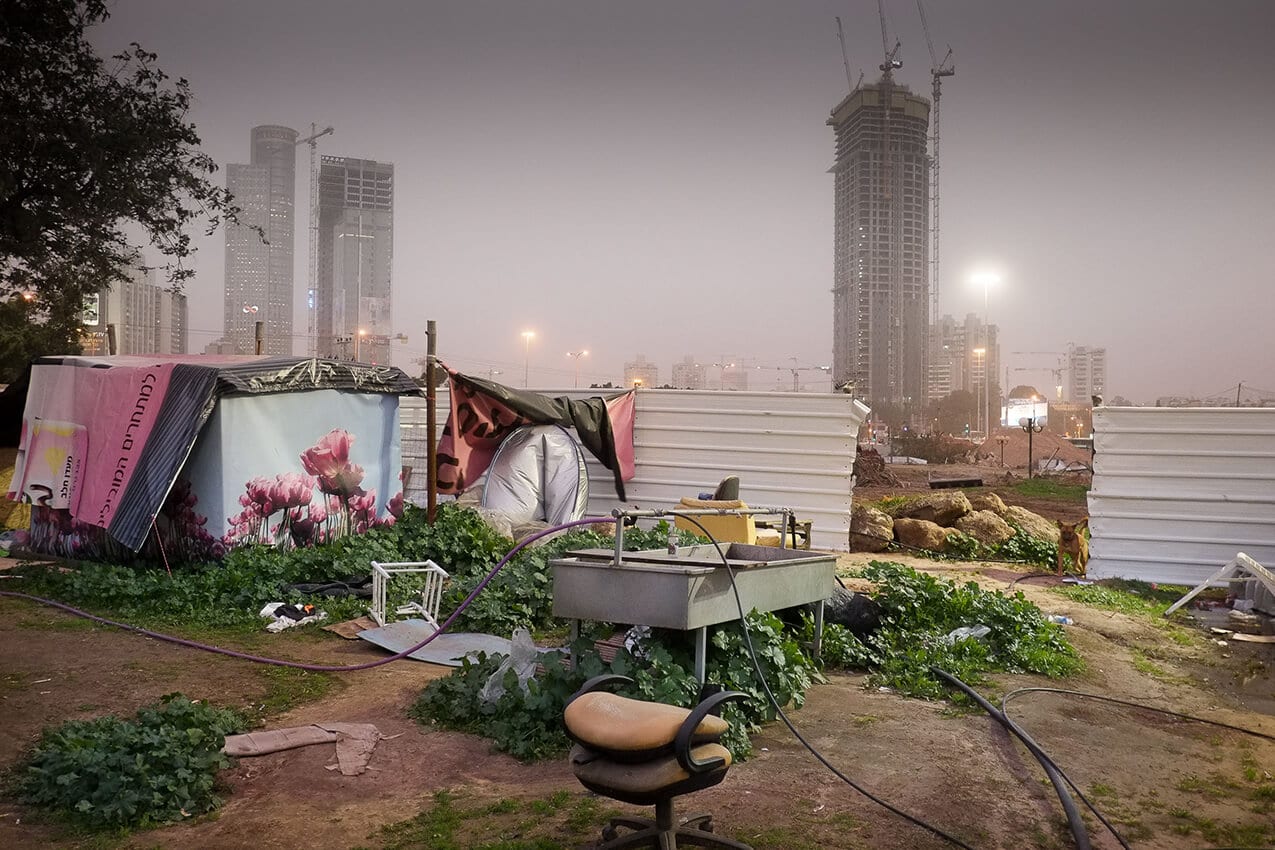 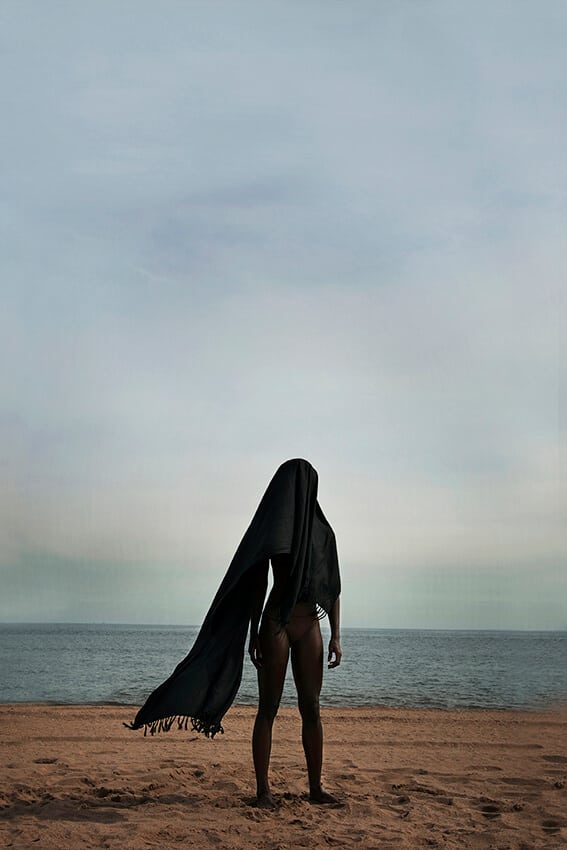 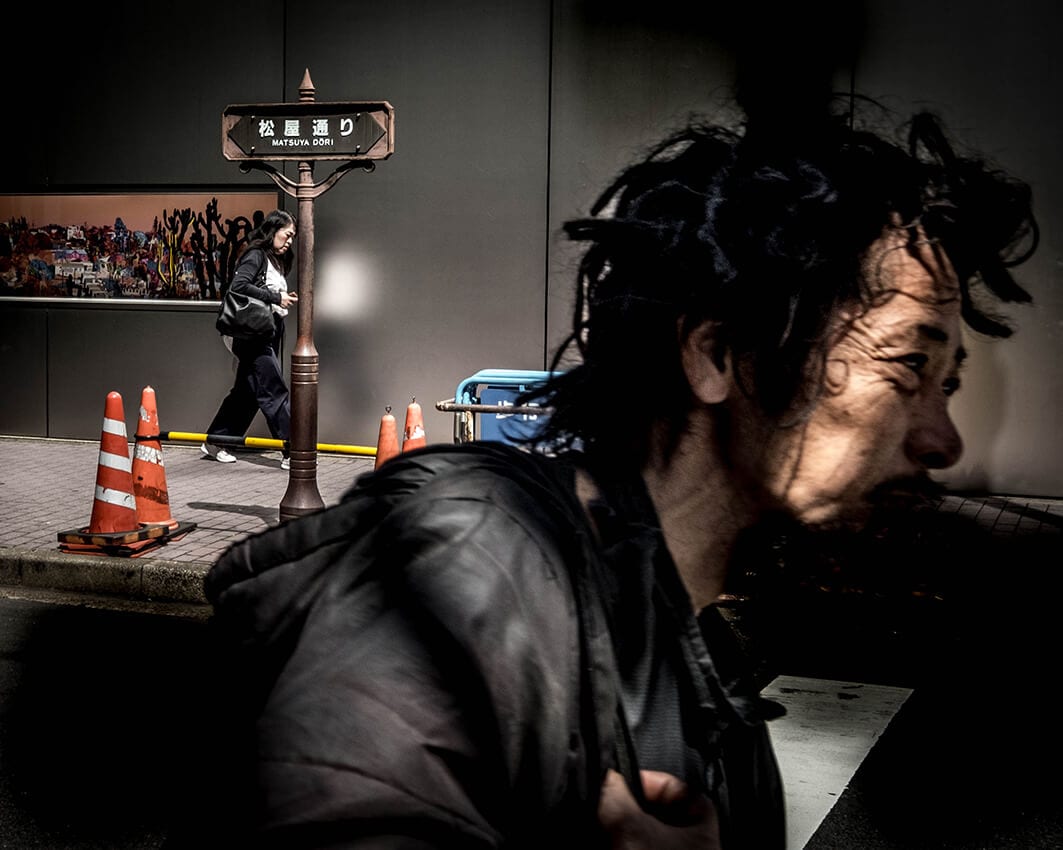 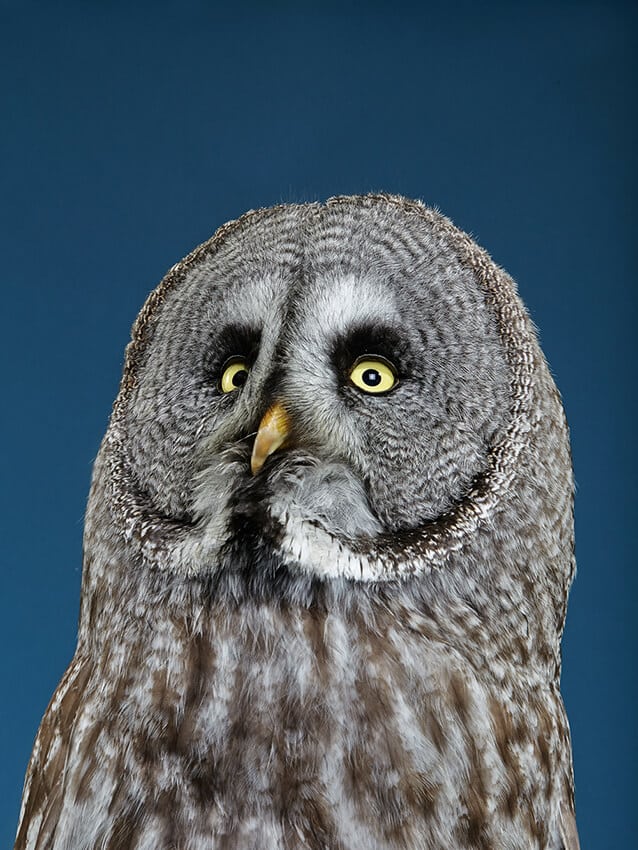 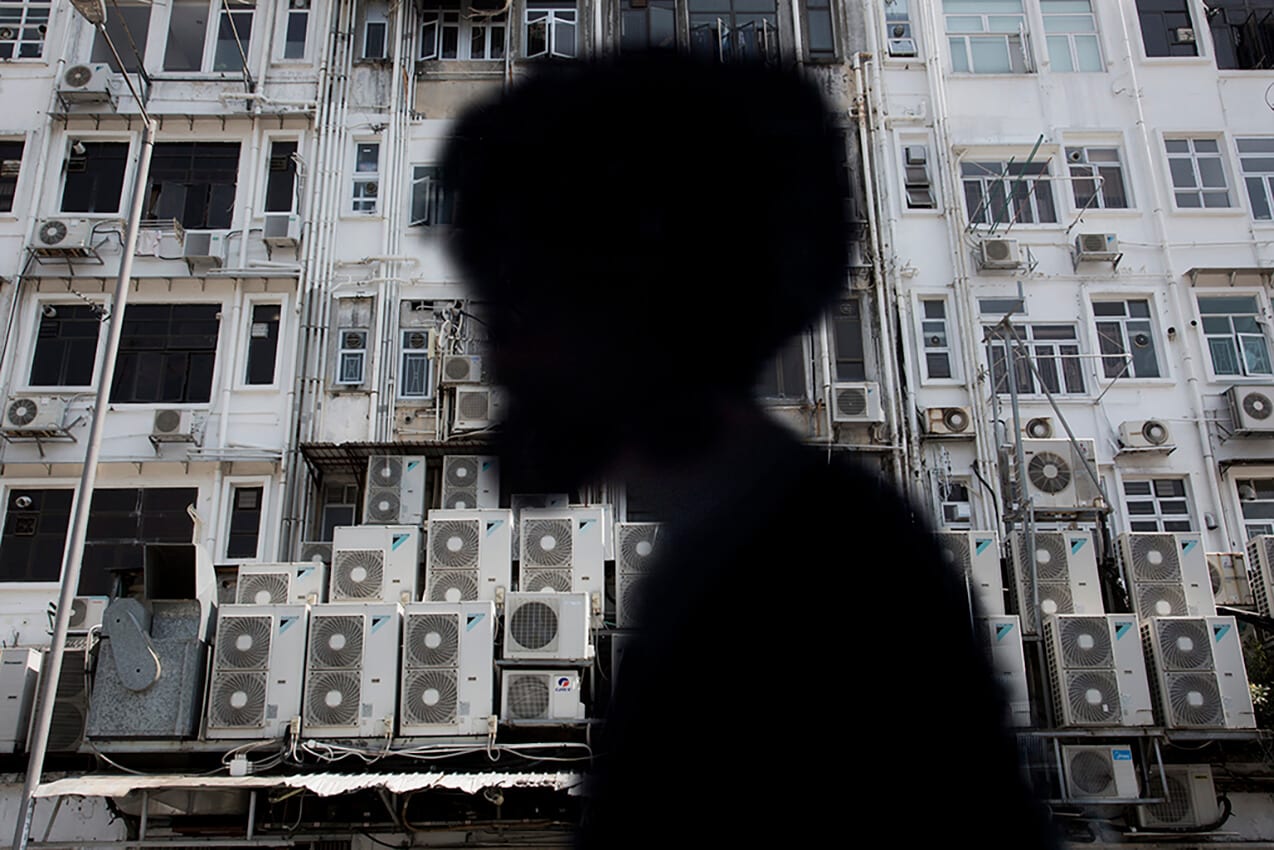 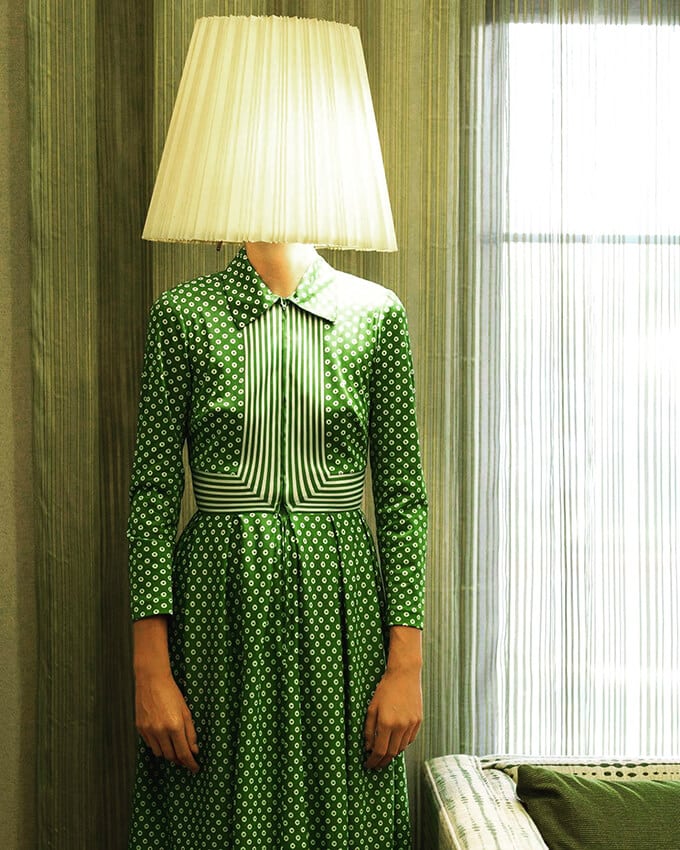 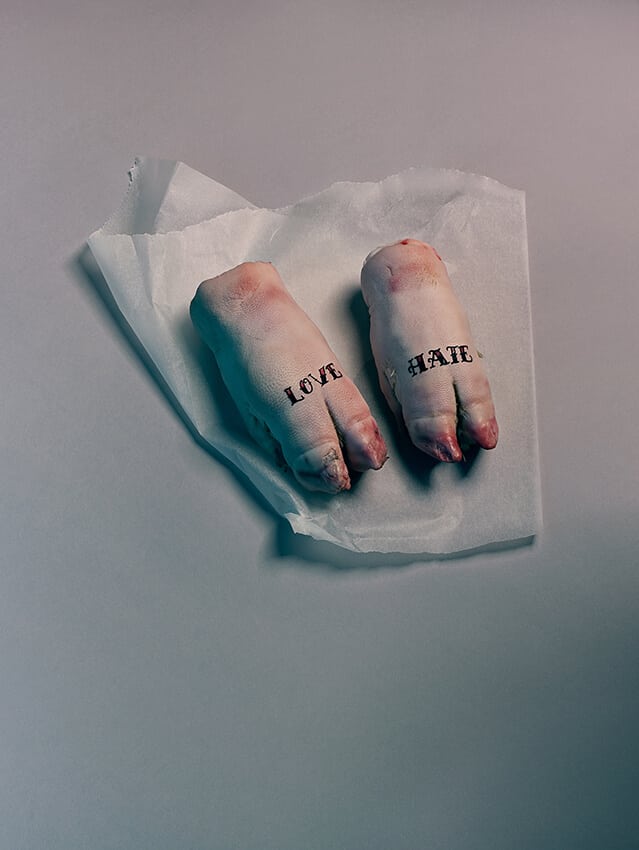 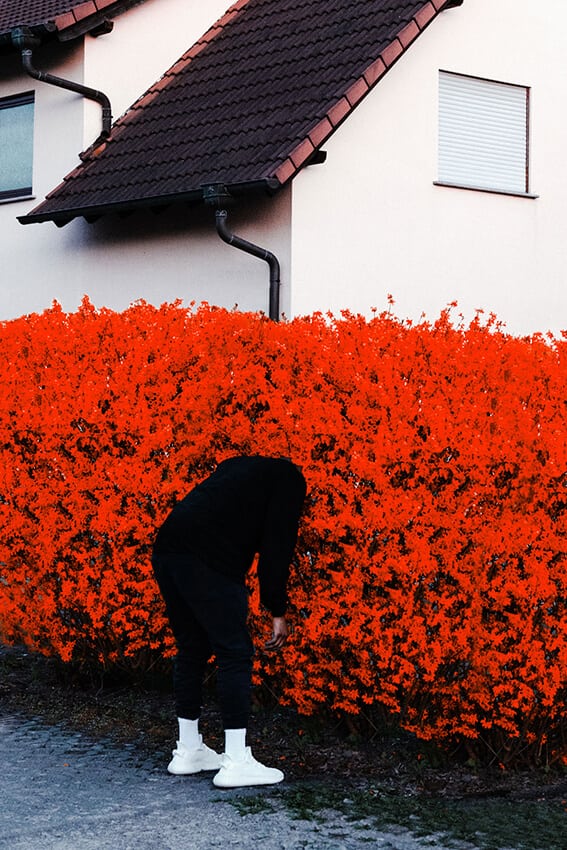 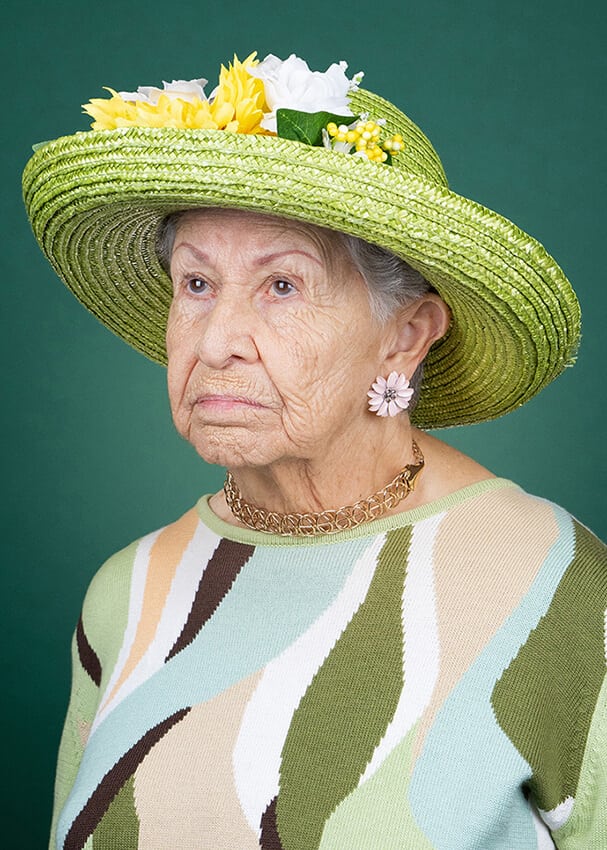 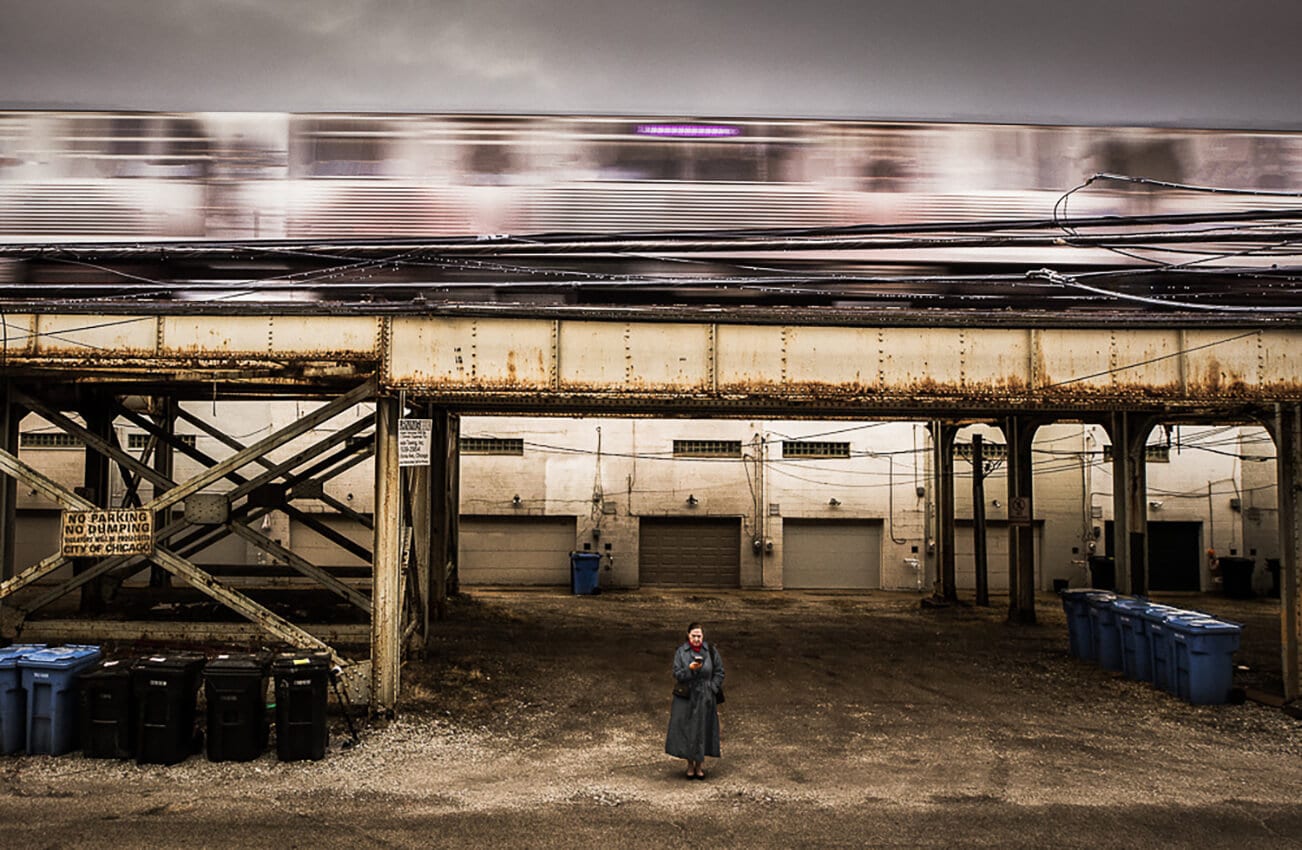 “This is a perplexing photograph which is simultaneously humorous and disturbing. The figures dressed in orange body suits stand out strikingly from the drab industrial scene in which they are posed. They are almost silly, clown-like automatons from a farcical skit. On the other hand, they can also be seen as lonely survivors in a post-apocalyptic dystopia, or even unwelcome aliens plotting to terrorize Planet Earth. I admire the myriad of narratives the photograph spins.” – Brian Paul Clamp

“I am often drawn to very dark pictures, whether it is a painting or a photograph, and this highly stylized fashion image is no exception. I like the sumptuousness and richness of the palette, which is complimented by the model’s dark, simple hair and the elegant clothing – all nearly fading to just a silhouette. The entire harmony of the composition is offset by the soft, bright light on the woman’s face which is delicately punctuated by her white eyelashes above her pale irises.” – Brian Paul Clamp

“A single, floating feather in an endless sea – the gentle ripples creating a soft texture; lines that draw the eye diagonally from shadow to light. It seems like a well-worn visual trope – rippling water the clichéd shorthand for tranquility – and yet here Florian creates something fresh and sensual. Rich and evocative. Beyond the central feather I’m drawn to the small bits of fluff to the left. Detached from the main plume they act as tiny blemishes in the scene, as if Florian is reminding us that perfection doesn’t exist; that the search for it is futile.” – Life Framer

“Ali’s image is a perfect representation of modern ennui – of choice-paralysis, of resignation in the face of mass consumerism and over-consumption. The supermarket acts as the ideal metaphor for this and the cart is here a cage, our subject trapped in endless lines of ordered goods and overwhelming colors. The message is strong and it’s brilliantly executed too – shot with a real confidence, brilliantly framed and with a richness of color.” – Life Framer

“In Diogo’s heavily stylized image different worlds collide – gender is distorted; history is rendered with a modern neon glow; fashion bleeds into religion. It’s a very contemporary image (I can’t help but be reminded of the recent Met Gala with the theme ‘Heavenly Bodies’), and as Diogo explains in his statement a personal one, exploring sense of self, and what it means to be a multi-faceted man breaking away from stereotypes in today’s world. Flowers are classic symbolism in still-life painting a photography, representing temporality, and how all beauty will fade, and here Diogo applies those ideas, perhaps asking to be born anew.” – Life Framer

“Anna presents a sparse urban scene, carefully framed – each element in its right place. The starkness of its rigid lines and hard surfaces is softened by the pastel pinks and bright green; what should be sad and empty takes on a strangely charming and inviting quality. This combination of well-balanced forms and rich colors is strangely intoxicating, creating a frame that stays with me.” – Life Framer

“This is a wonderfully surreal scene, at least for the vast majority of us who don’t reside in the tundra. A family seemingly enjoys a day out like any other, but here the car is replaced by a skidoo and wooden trailer, and their environment dissipates into a vast, white, snowy nothingness. Gossiping matriarchs, aloof father, children impatient to play – all present and correct. The blistering cold no deterrent to fashion statements on top of their thick fur coats. Clearly they’re settled in for something happening the photographer’s side of the scene, and yet as a viewer we’re oblivious to what this might be – few cultural reference points to even make a guess. It’s an image full of life, but mystery too, and I love it for that.” – Life Framer

“This image is a depressing indictment of modern society – the basic conditions of the informal squat in the foreground in plain contrast with the tower blocks rising out of the earth in the background. The haves and the have-nots. It shows a carelessness; the environment littered with rubble and man-made detritus. The broken office chair a sad symbol for our times. In spite of this there’s a strange beauty to the scene – pink seeping through and plants in the early throes of reclaiming the land. The human progress in the background in a losing battle with the inevitable natural entropy in the foreground. It’s intellectually stimulating and visual rich – an unbeatable combination.” – Life Framer

“There’s such enigmatic beauty in this image. A defiant figure stands against a vast ocean; the sea representing freedom and possibility, and the half-unwrapped veil perhaps expressing the beginnings of the same. It’s a gorgeous, sparse image – quiet and introspective. Kunal describes how the image is from the series ‘Abyss’ – a reference to the depth of the dream-world – and this image takes on a true dream-like quality, alluring, but unknowable.” – Life Framer

“The urban world Marina creates is dark and oppressive; the heat cloying, the endless darkness punctuated by artificial light. The advertising hoarding offers a narrow window into a vast natural world – a glimpse at something these downtrodden urbanites are imprisoned from. You can see the struggle in their inexorable march onwards. The difficult lighting is expertly handled, and there’s a wonderful depth to the frame, and a clarity in the scene like that of a created film set. Creating something so strange and cinematic from a candid street scene is no mean feat, and this is compelling.” – Life Framer

“Anouk presents something otherworldly – a sumptuous, alien environment where recognizable elements take on strange and alluring forms. This lady is caught in the spell too – fragile and exposed, held momentarily in mid-air before she plunges into these unfamiliar waters. The scene has a tranquil, effortless quality, which is the all the more impressive given the no doubt meticulous care with which the image was created. It’s wonderful escapism. A new world, or our world seen with new eyes?” – Life Framer

“This is a wonderful example of anthropomorphism – this beautiful owl displaying a human-like awkwardness, wide-eyed and off-guard, seemingly leaning away from Alex’s lens. It’s comical and memorable. A play on, and perhaps wry gibe at our cultural obsession with selfies and self-representation.” – Life Framer

“Stripped of his identity, lost in the endless repetition of towering buildings and the stacked mess of air conditioners and their cables, this image captures that idea at the heart of urban existence – of a simultaneous closeness and remoteness to others; of existing on top of one another on one hand, but still feeling totally isolated on the other. A faceless city where we co-exist in the shadows. It’s dark and impersonal, and marvelously executed.” – Life Framer

“In Jenny’s still life scene the female protagonist becomes a lightshade – quiet, docile and unmoving, a metaphor for (and gentle protest against) the “women should be seen and not heard” mentality that still pervades much of society. Her smart, spotted dress emphasizes this idea of polite domesticity, and her surroundings – functional but drab and dated – nod to just how old-fashioned these ideas should seem. That sunlight is in streaming into the room, in effect rendering her useless as a piece of furniture to light the darkness, further stresses the absurdity of it all. It’s a witty and playful remonstration against antiquated ideas.” – Life Framer

“This image – of pig trotters adorned with classic ‘love’ and ‘hate’ knuckle tattoos – for me captures the inherent paradox in which meat-eaters are caught; a simultaneous love for animals, and a complicity in their suffering. Love and hate in close entwinement – a gulf between the happy farmyard we imagine and the reality of modern factory farming methods. It’s a powerful message, creatively realised with an assured simplicity, if a little oddly composed in the frame.” – Life Framer

“In Lukas’ scene this majestic stag lives on only its framed representation – ensnared and tamed by man for his pleasure. There’s such a bleakness in this idea – of humans stripping the world until it’s cold and hollow – and that feeling is encapsulated in the empty horizon line and dull sky. Usually the enemy of any photographer, here the overcast conditions strengthen and simplify Lukas’ message, at least how I read it. Oh natural world.” – Life Framer

“Like Ali’s image, this scene exemplifies that idea of a dull boredom (the suburban housing estate a well-worn metaphor for such) and an exhaustion in the face of a complex and relentless world; of wanting to curl up and shield oneself from it all. It’s humorously straight-forward how this man simply buries his head in the bush, apparently mid-journey, hoping to be swallowed by it. And yet that bush overwhelms with a fiery and unnatural red, quite the opposite to the dreary tedium of the rest of the scene. It’s an odd conundrum for the viewer to resolve, and perhaps at the heart of what makes this image so appealing.” – Life Framer

“I was immediately struck by the sumptuous lighting and careful framing of this image; how the folds in the statue’s dress interact with the straight lines of light that cut diagonally through the frame; how the halo provides the only hint of color in an otherwise monochrome scene. It’s simple and understated, and yet there are interesting ideas at play – I’m drawn to how small and quiet this statue seems. It brings to mind notions of the place for religion in contemporary society. It’s quiet and modest, and a gorgeous, resonant image for it.” – Life Framer

“In his statement Crummy describes the deteriorating eye condition of his grandmother Beatriz, and the depression since the passing of her husband; a loss of the energy and lust-for-life she previously had. In this image the two play a game of dress-up, and the result is wonderful. That eye condition is apparent in her upwards gaze, but so too is a sense of grace and dignity, and of a character brimming with life; colourful, playful and regal. There is a vulnerability, and through that a great humanity. Like many of the best portraits, it’s the result of a close bond between photographer and sitter, Crummy acting as a conduit to bring out something honest and to cherish in his subject.” – Life Framer

“This is such an evocative scene – this woman stood alone in a dirty, noisy environment as other lives race by overhead. She, like everyone else, is plugged into her phone – is she passing the time? Lost? In Susan’s statement she describes the sensations of feeling out of control, especially with the rapid disappearance of relevance with encroaching age. This scene then becomes a metaphor, of an existence on the margins, away from existence, as live goes on elsewhere, be that in the digital or real world. It’s beautifully shot; Susan finding a strange brooding beauty in the ugly outskirts.” – Life Framer