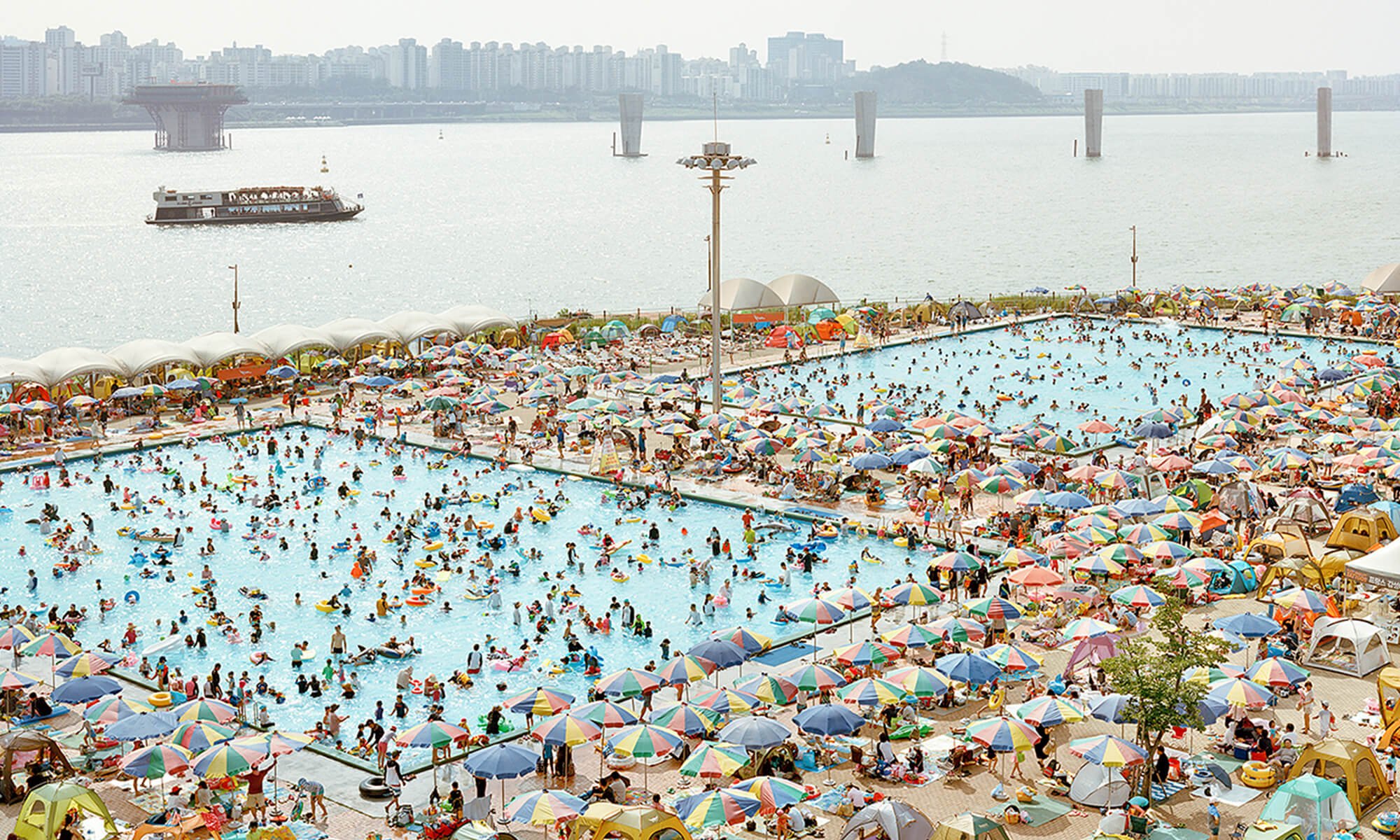 Celebrated for his satirical view on the trends and peculiarities of modern life, Parr has spent the last five decades documenting subjects such as class, communication, mass tourism and global consumerism. With an eye for esoteric compositions, brash colors and idiosyncratic subjects, it is his sardonic sense of humor that provides the strongest thread through his body of work, and that has made him such a distinctive proponent of visual culture.

It is therefore perhaps no surprise that this selection of winning images, although diverse in location, style and subject matter, is inflected with a hint of absurdity. Among scenes conveying poignancy and important social messages, we witness wit, mystery and wryness – from muscle cars in Sweden to bridal shoots in China and souvenir stalls in the Syrian desert – all from twenty talented and creative image makers working all over the world. As a voracious consumer of photography himself, it is a pleasure to present a compilation of exciting and challenging images that caught Parr’s eye.

Congratulations to the selected photographers, and thank you to everyone else who submitted. Enjoy! 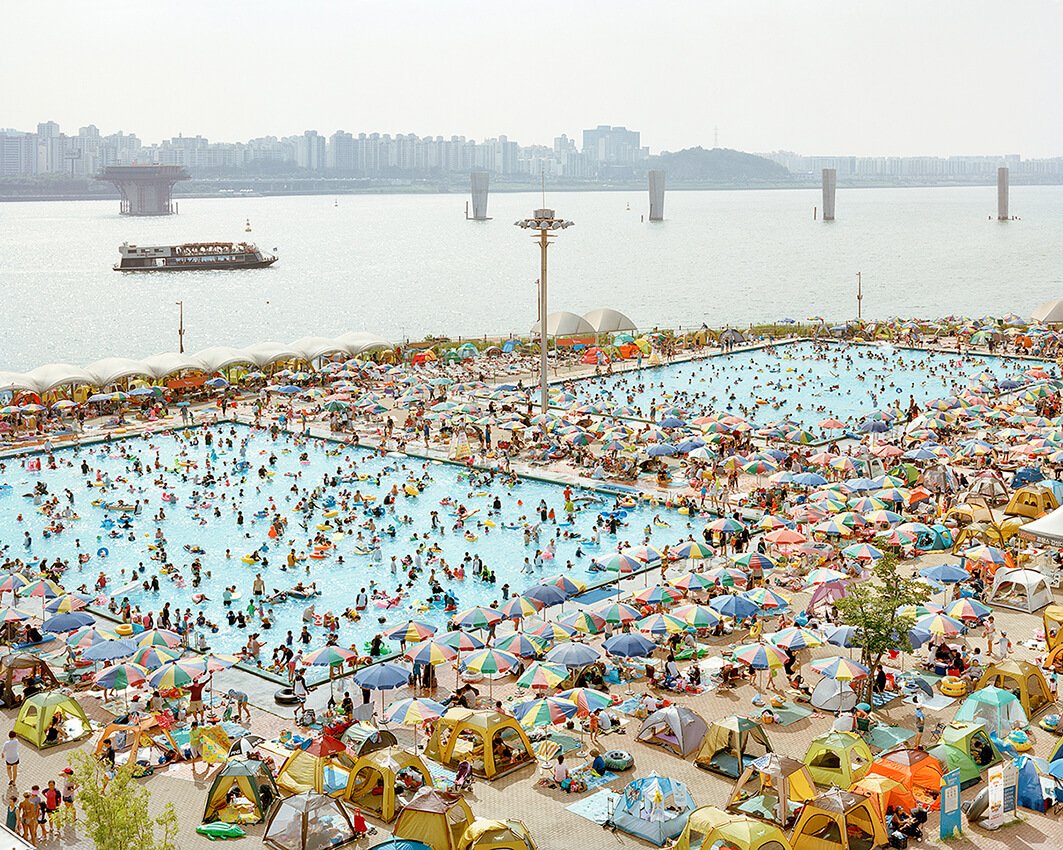 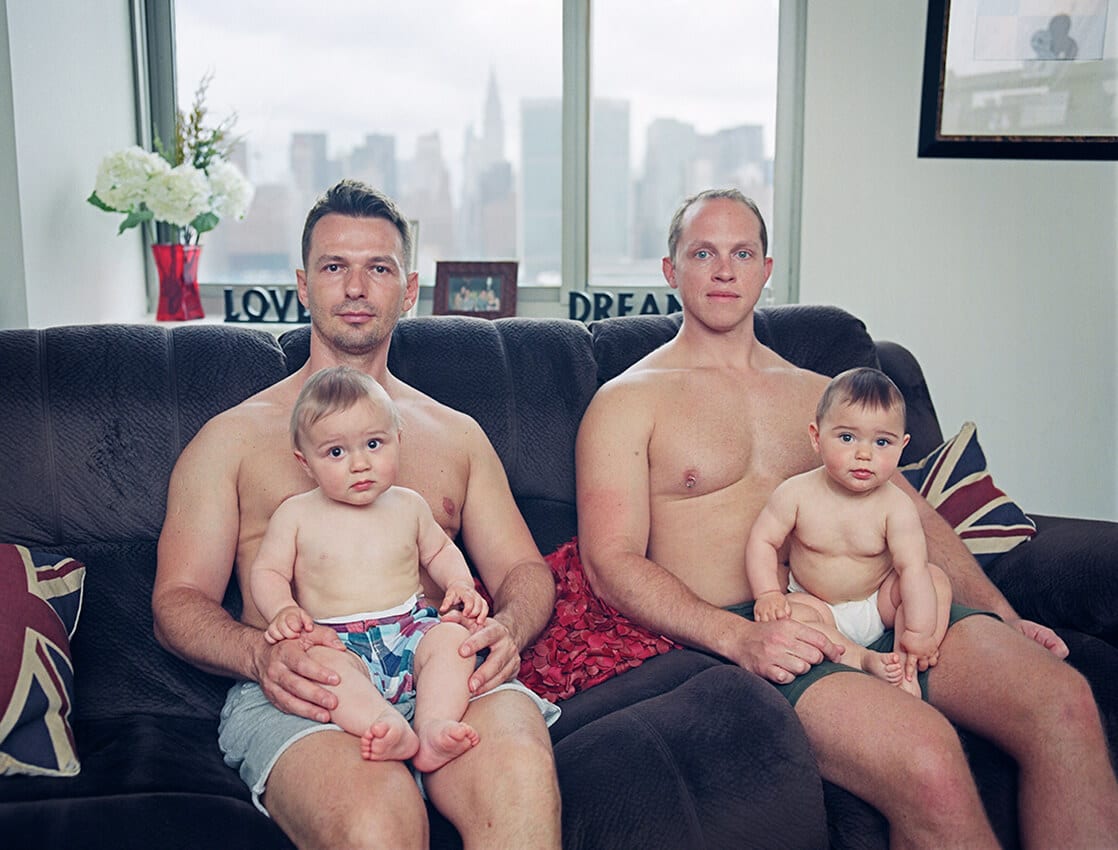 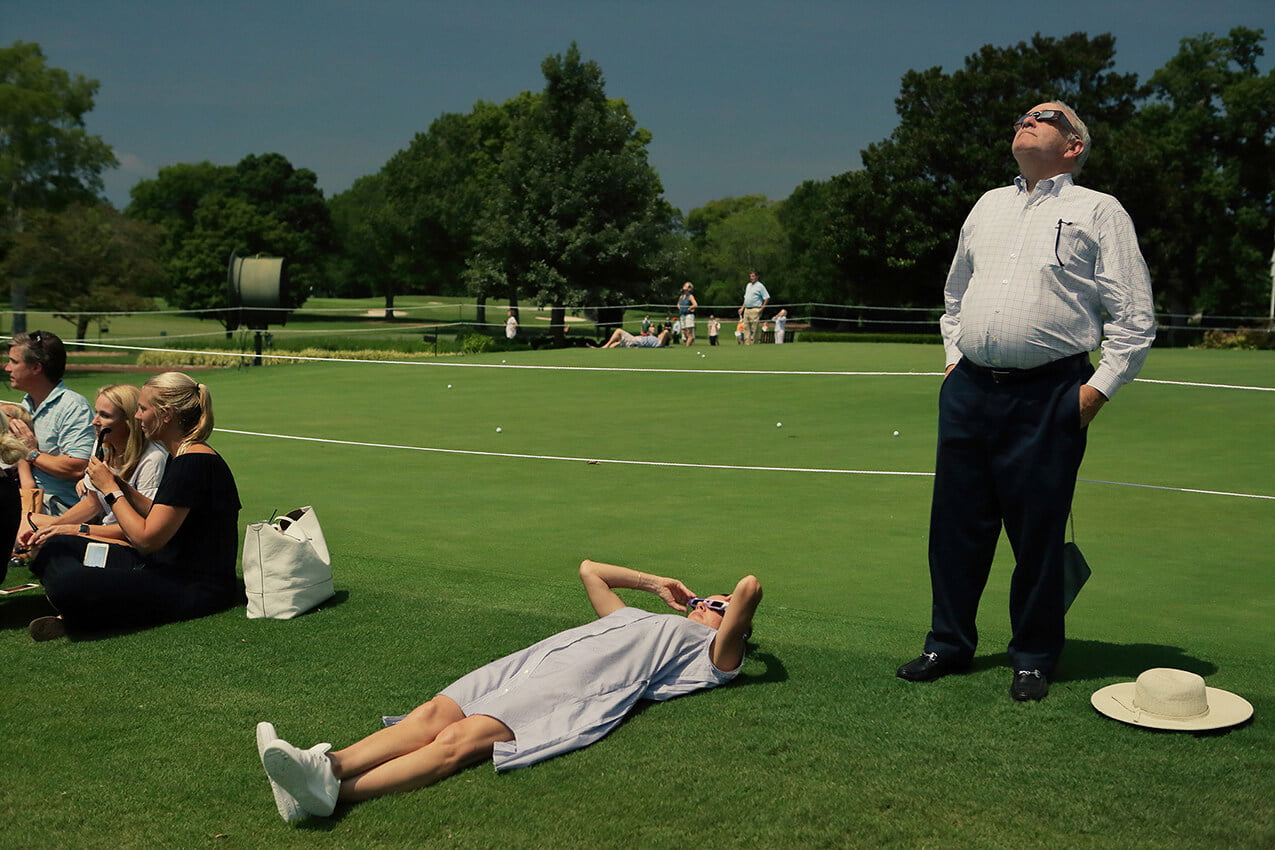 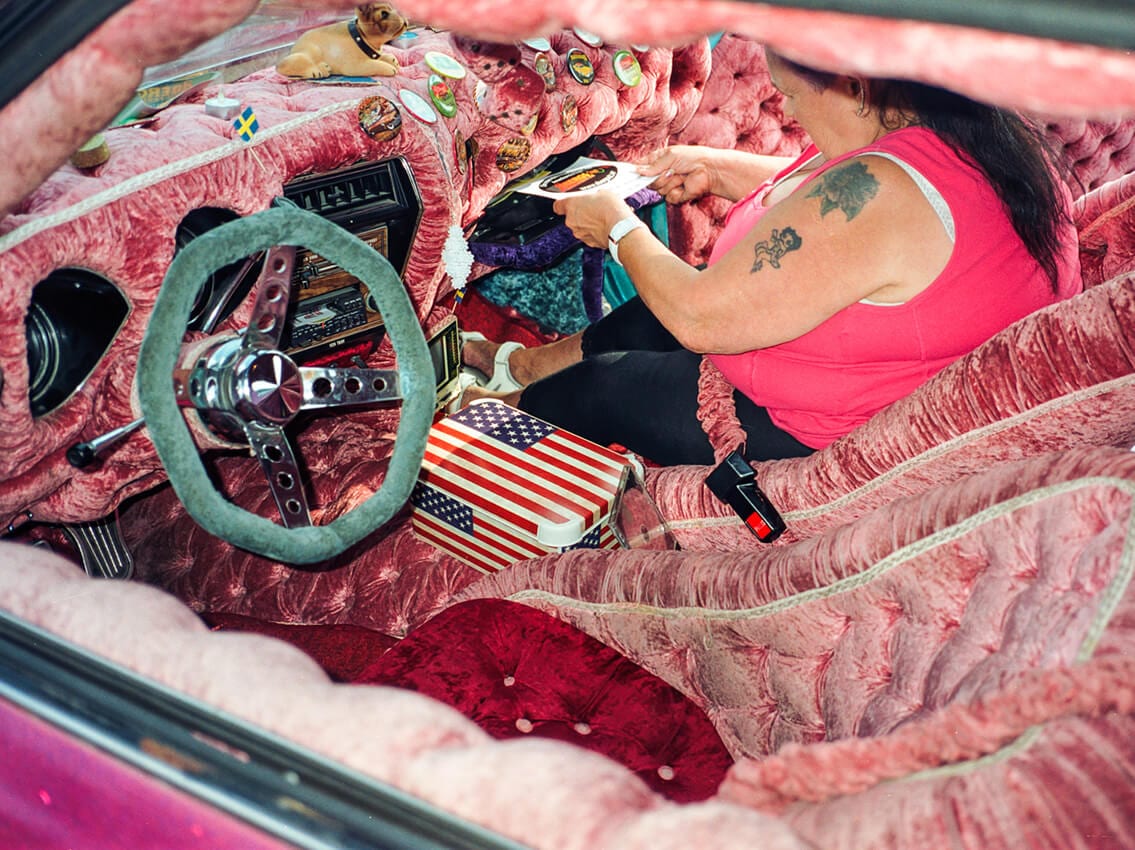 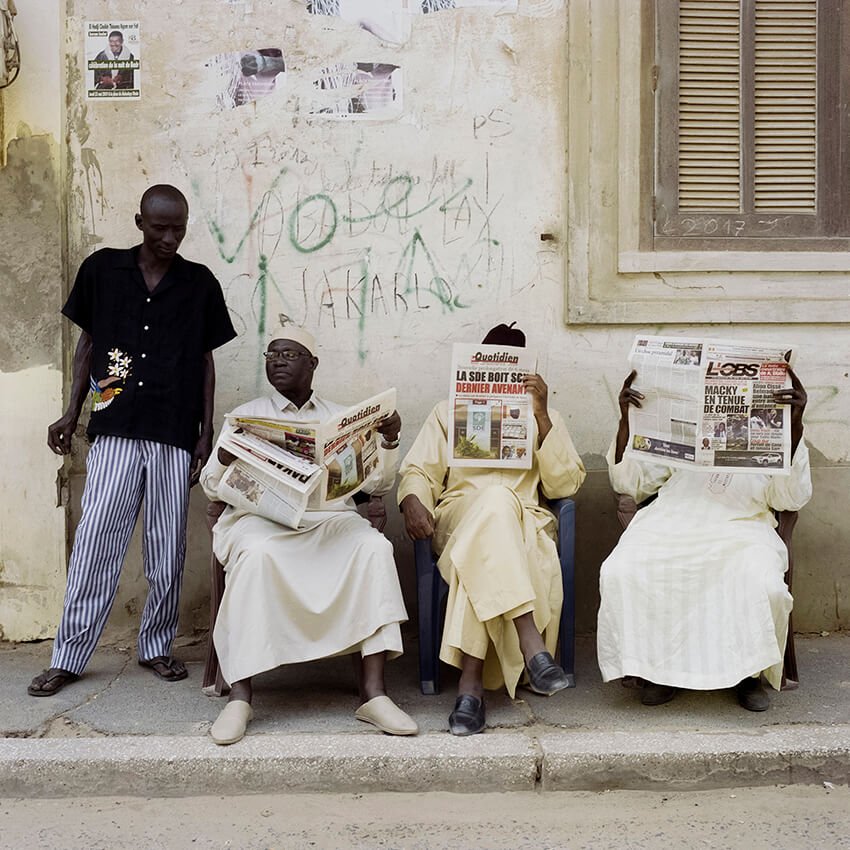 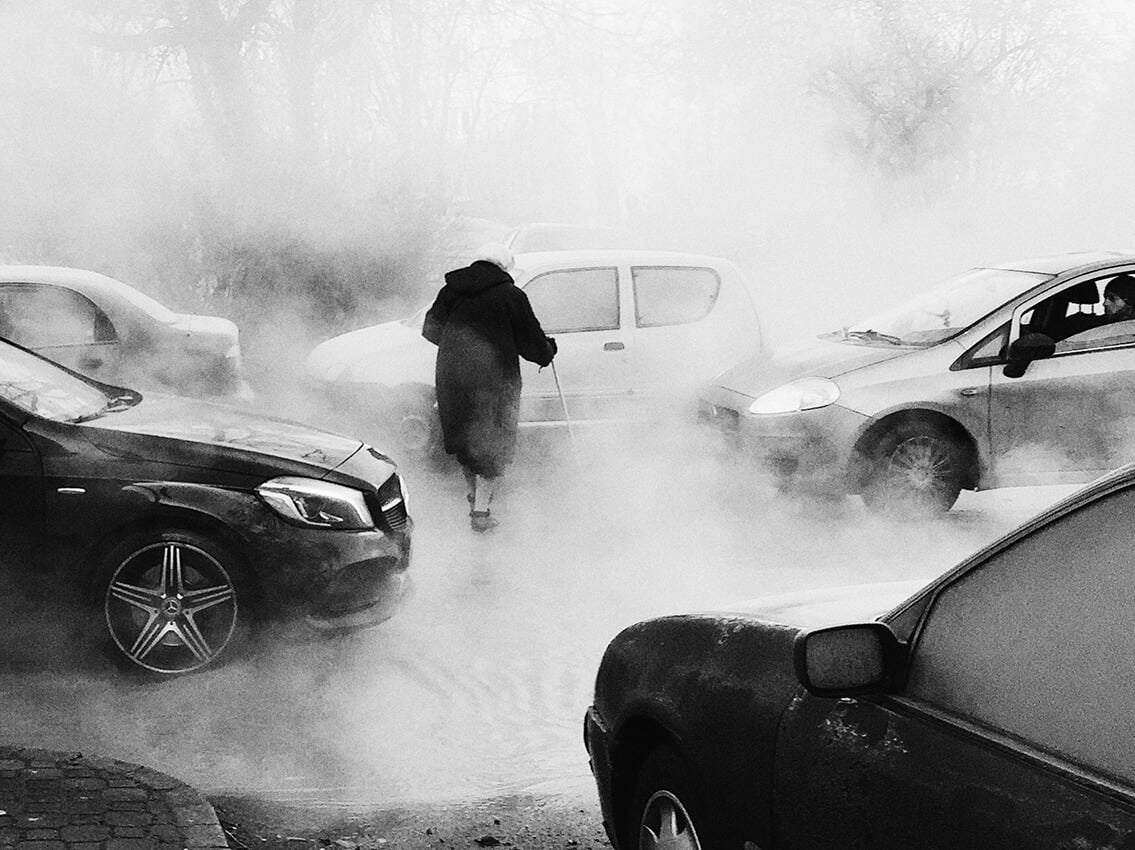 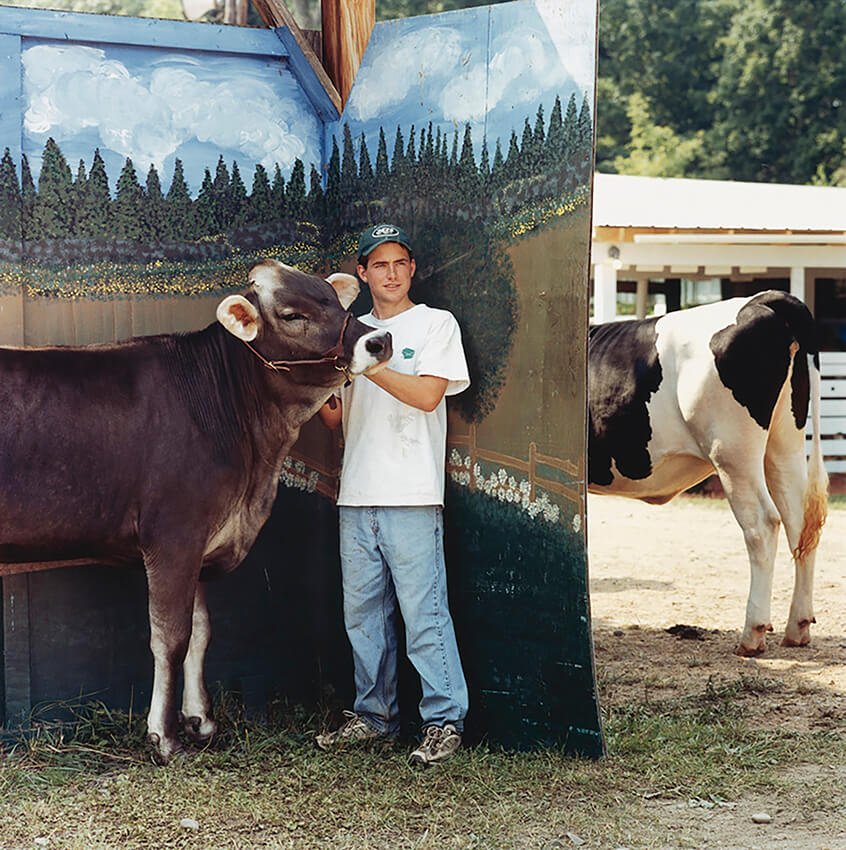 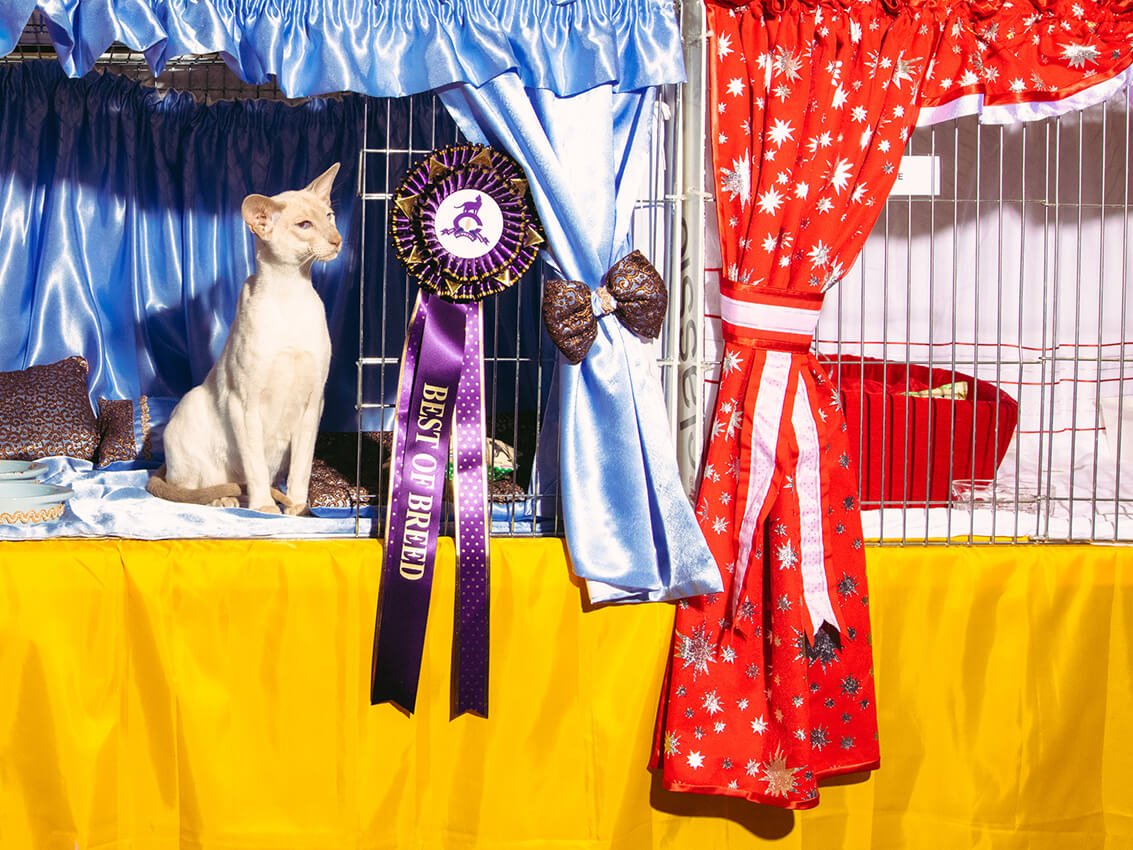 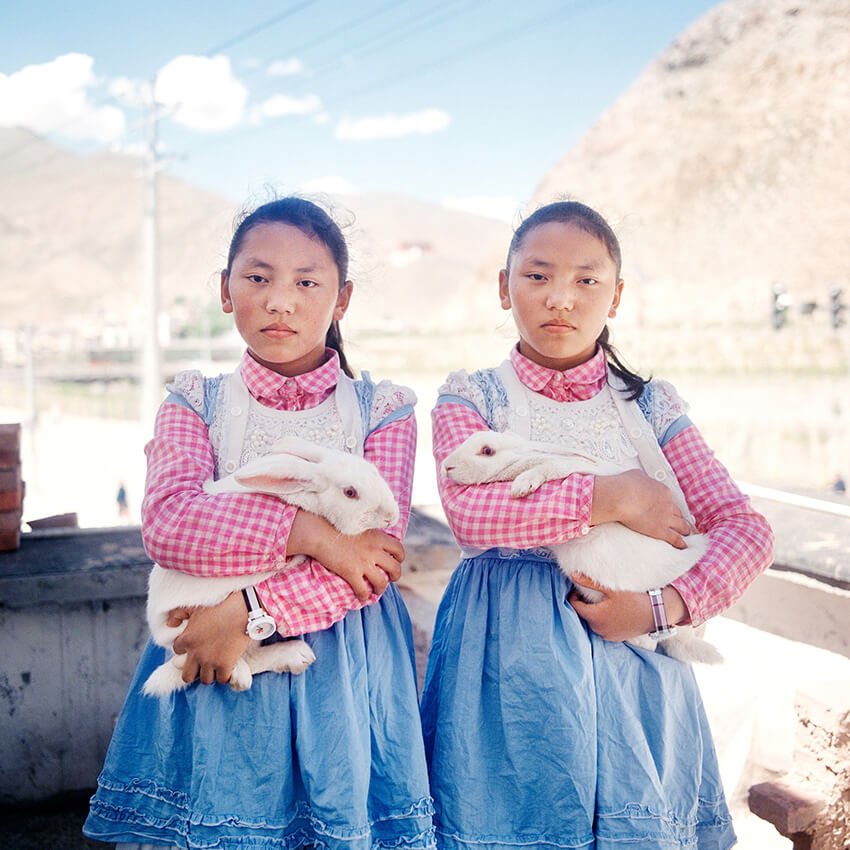 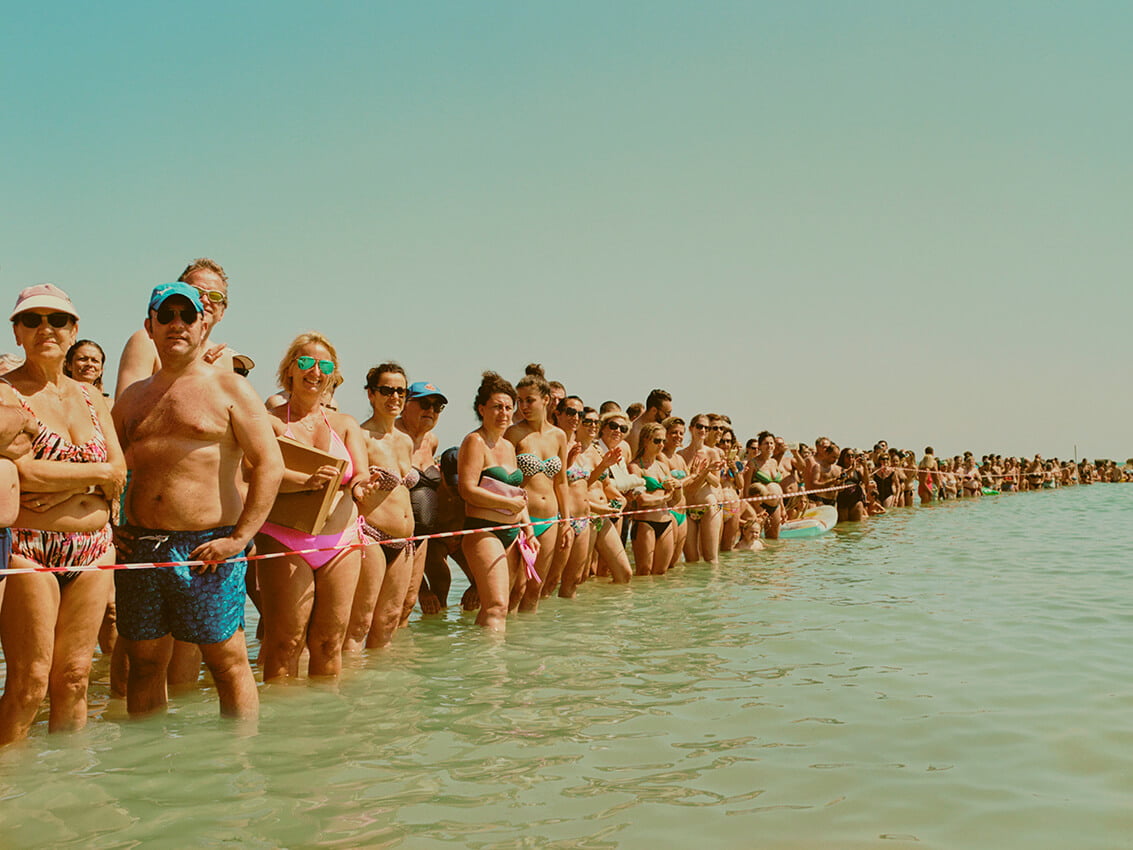 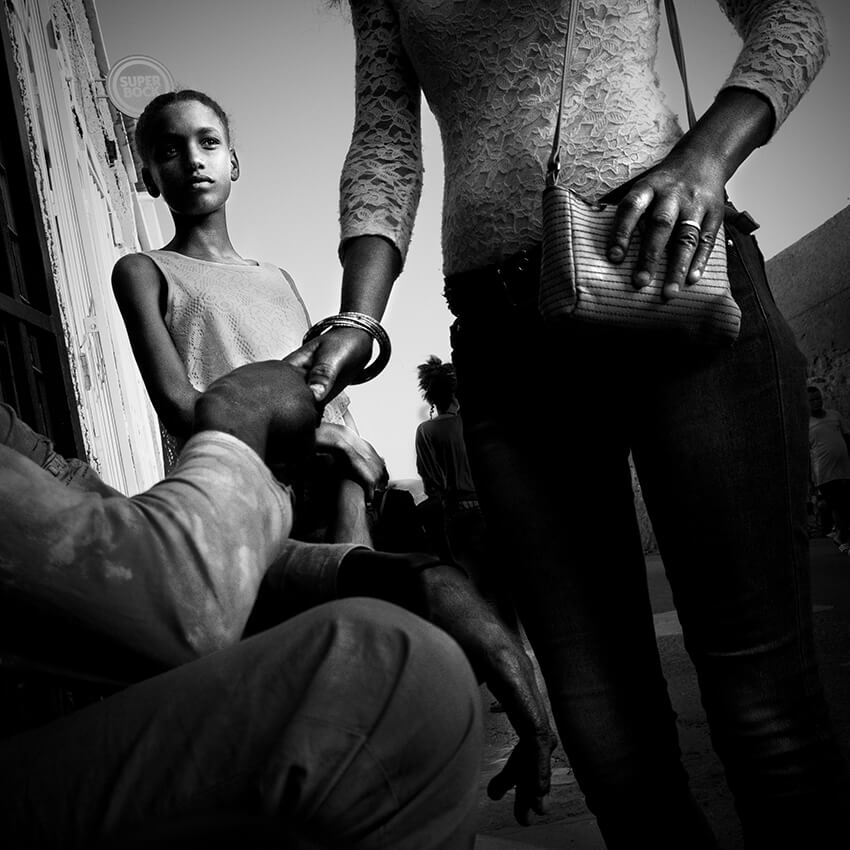 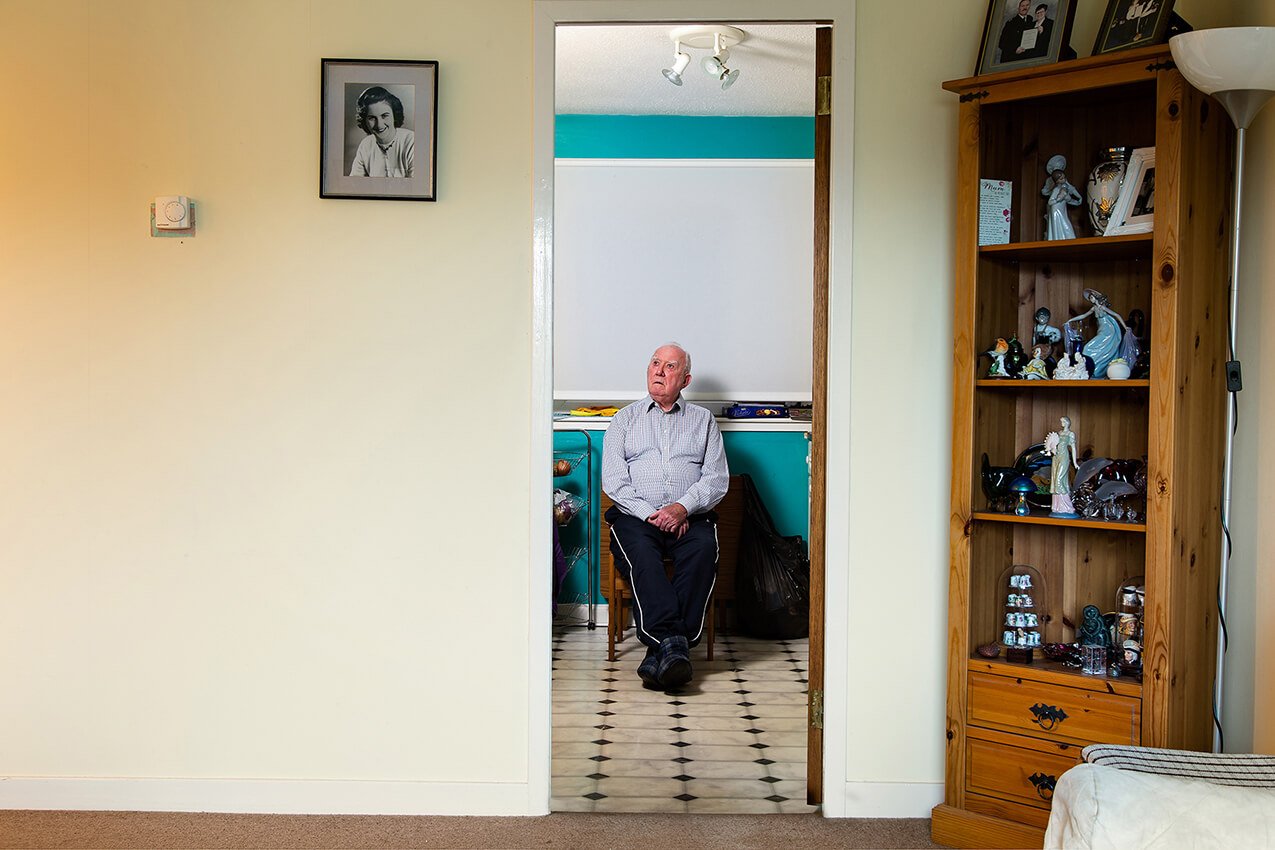 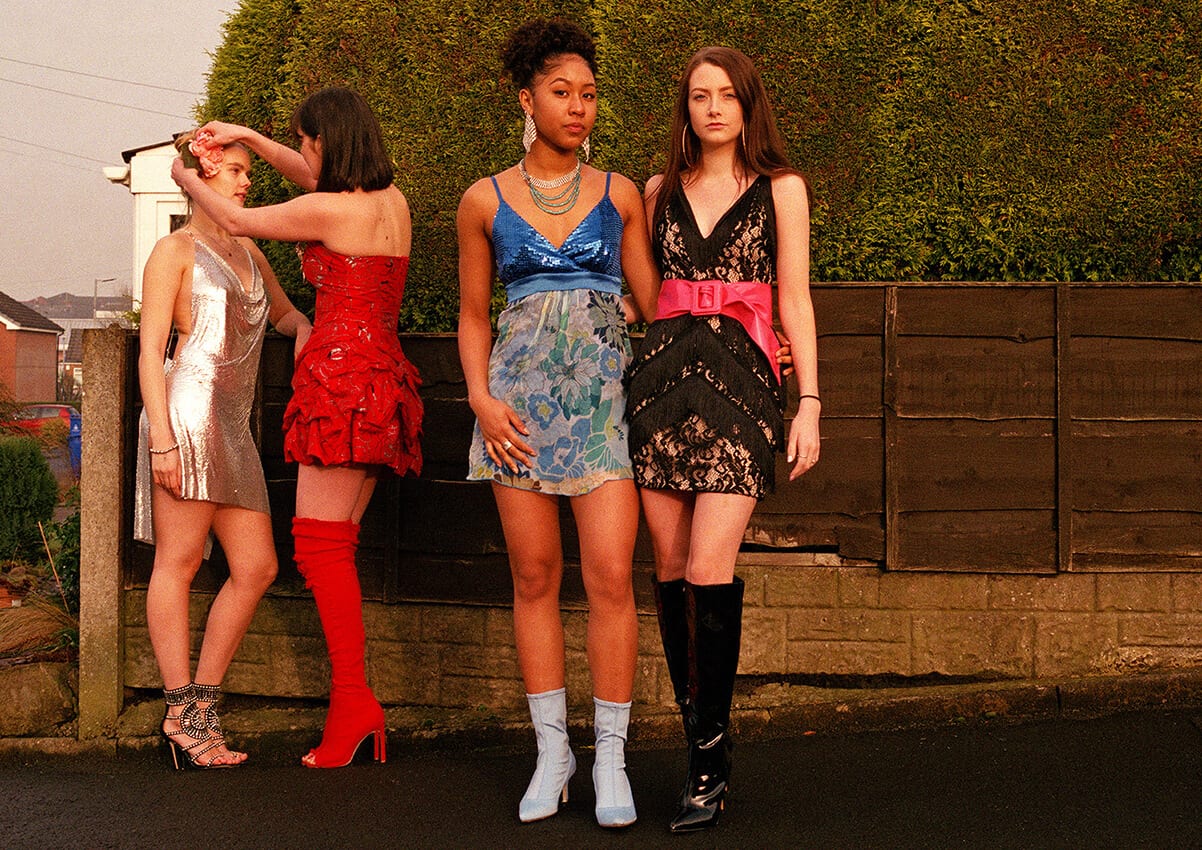 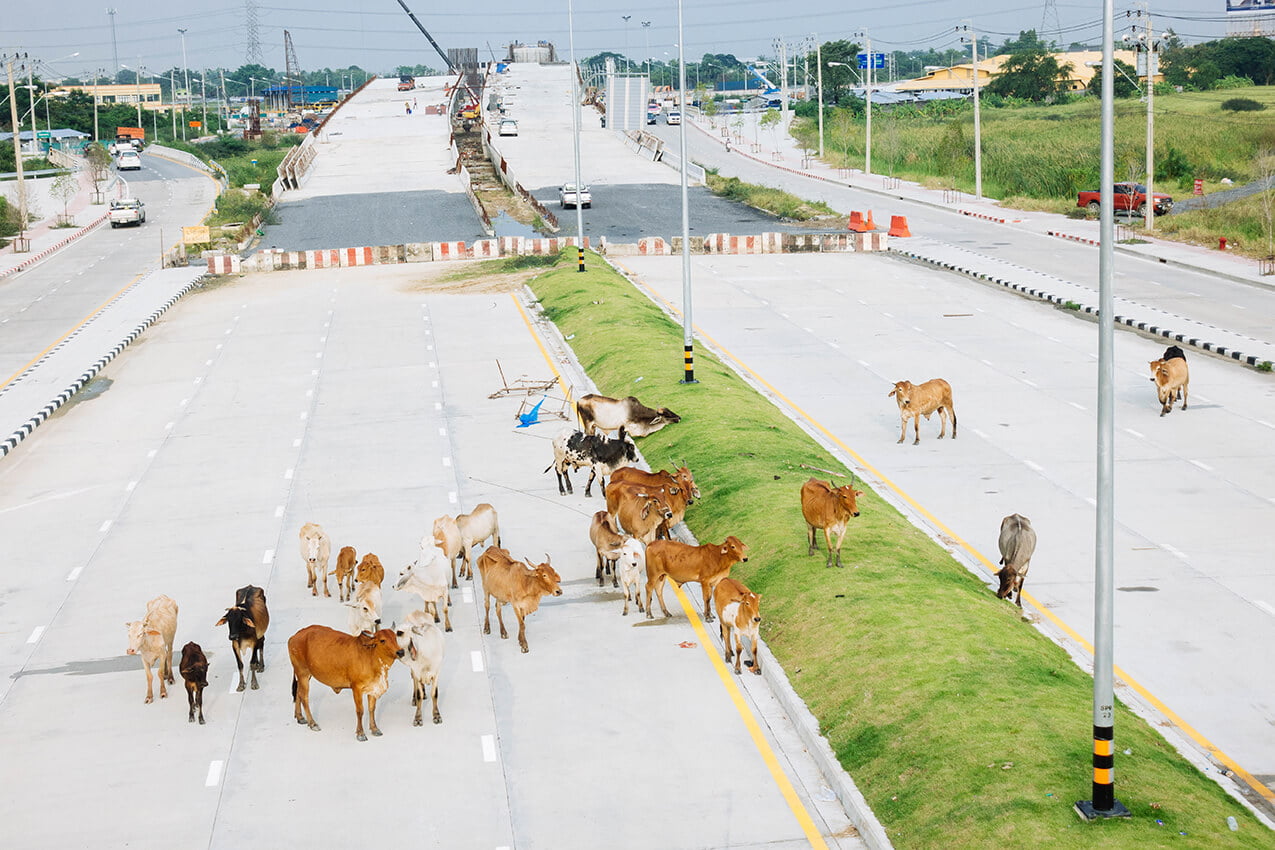 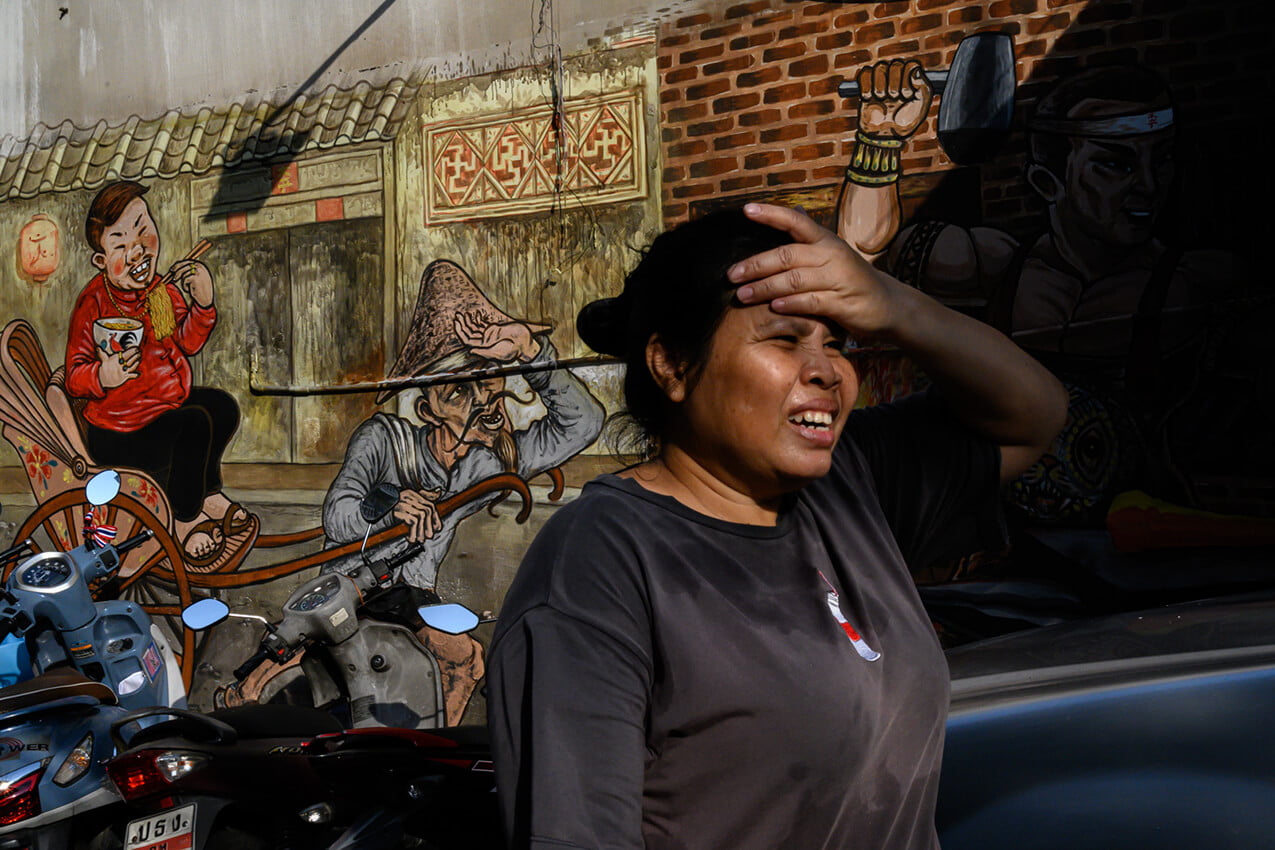 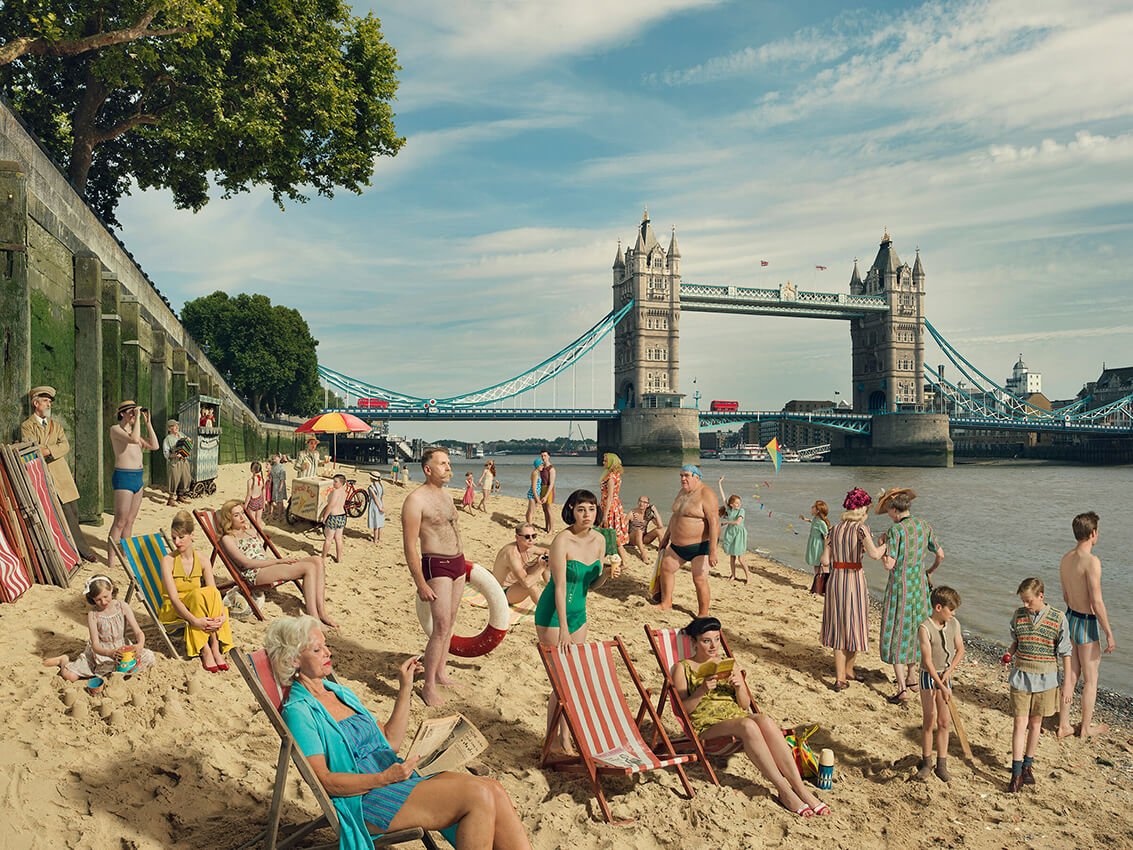 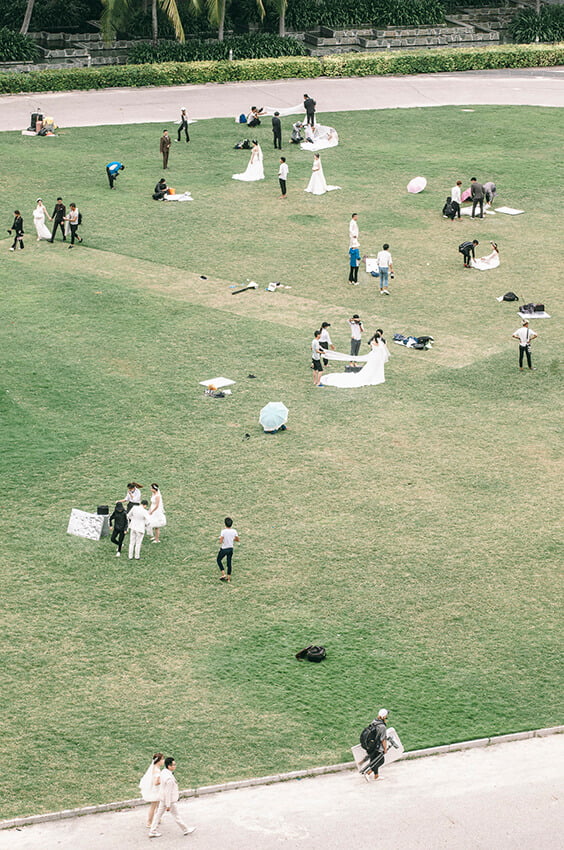 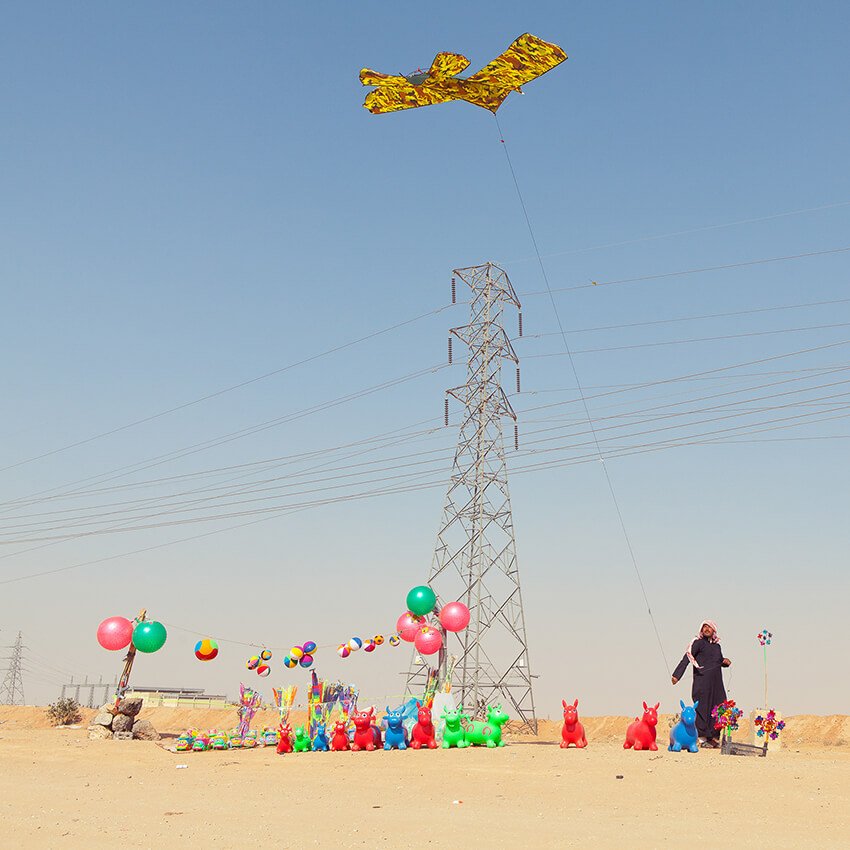 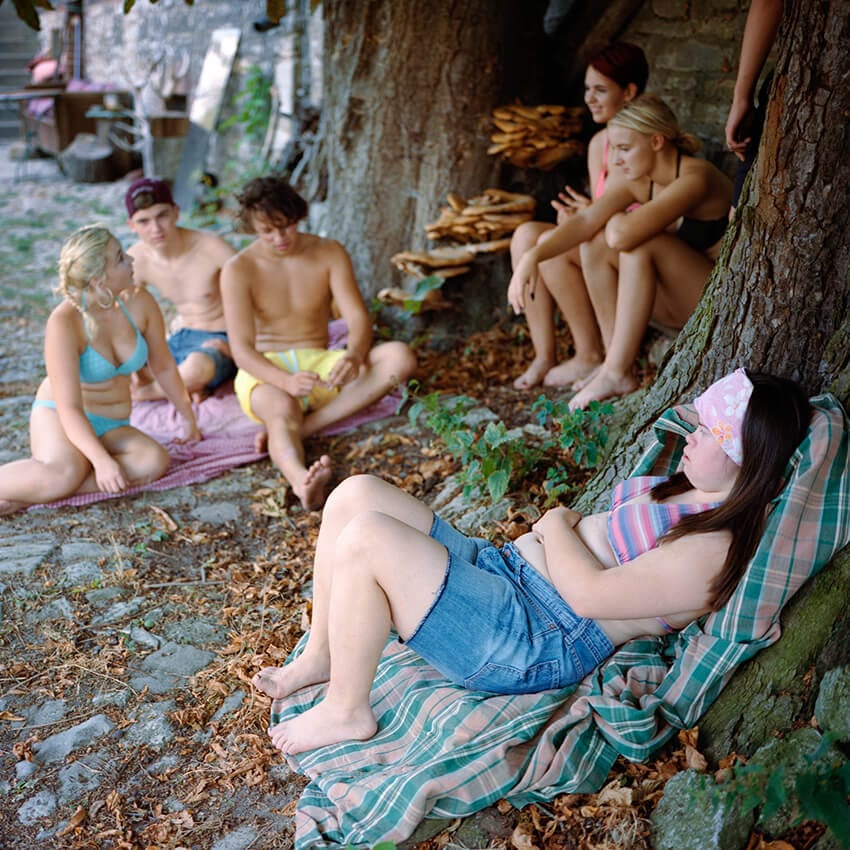 “I love the contrast of the packed pool and surroundings with the lonely river in the background of this view in Korea. A stunning example of how a high viewpoint, can offer so much detail and yet still have an overall impact.” – Martin Parr

“A stunning portrait of dads with their babies from this ongoing series. The looks and gaze on the faces of both the babies and dads is spot on – a mixture, of curiosity and pride.” – Martin Parr

“Simply titled The Hotel Room, Esperanza presents a stunning meditation on loss and solitude. Captured in brilliant contrasts of light and shadow, the bright light flooding into the room and through the body of its inhabitant is a simple metaphorical device that communicates devastation but perhaps also hope – a yearning grief for what is gone, and a hint of optimism for what is next. It combines a sense of mystery with a powerful emotional resonance, and with hotels being places of transience its location feels particularly apt.” – Life Framer

“The peculiar lighting this phenomenon creates, and the strange artificiality of the golf course lawn combine to create something eerie and disquieting in this brilliant image of spectators witnessing a solar eclipse. Here the natural and the abnormal meet, and the mundane becomes majestic.” – Life Framer

“A car interior that can’t be faulted in terms of character – what might feel overwhelming and claustrophobic for one person being an outlet of passion and personality for another. Carl’s lens takes it all in – the swathes of pink velour punctuated with little cultural signifiers of badges, flags, nodding dogs and even a Betty Boop tattoo. It’s a wonderful example of satirical social documentary and a celebration of idiosyncratic, maximalist expression.” – Life Framer

“A gorgeous ‘slice of life’ on the streets of Senegal as these four men read the news and watch the world pass by. Captured in muted cream colors it feels wonderfully calm and halcyon – a candid window into daily life where the newspapers, layers of graffiti and torn and faded posters give a sense of time passing, but the overriding feeling is that nothing ever changes.” – Life Framer

“A stunning example of a candid street image where composition and timing create something that feels powerful and enigmatic – a snapshot in time where elements momentarily align into something divine. Silhouetted against the pale smoke and water, and surrounded by stationary cars jutting at all angles, this lady cuts a figure of serenity amongst the chaos – on her way into the unknown white abyss.” – Life Framer

“Taken from his series Till the Cows come Home, this is a brilliant, quirky insight into rural County Fairs of North America, where farmers compete to breed prize-winning livestock. Carefully framing the scene before him, Dan creates an amusing portrait of a portrait, with the two cows humorously cut in half and the real background perhaps more photogenic than the quaint, painted scene this man and his companion pose in front of. It’s a witty, well constructed image that documents a tradition struggling to maintain its relevance with the dominance of factory farming.” – Life Framer

“With body language conveying both pride and aloofness – in a way only cats can – this ‘Best of Breed’ feline poses for Jack’s camera in a brilliantly comical way. Captured in bold primary colors, glaring lighting and precise geometric framing, it’s a playful, sugar rush of a frame with a deeper resonance – asking the viewer to question the artificiality of pet breeding and exhibitions, and the bizarre ways in which we idolize our animal companions.” – Life Framer

“Taken in Kham, in the eastern corner of the Tibetan Plateau, Rinchen presents a charming portrait of twins with their pet rabbits (a birthday gift from their father, the accompanying statement tells us). Using symmetry to emphasize their obvious likeness, the viewer is drawn to their matching expressions of cool confidence – their pets perhaps a symbol of responsibility as they come of age.” – Life Framer

“An intriguing image where the spectators are the spectacle. Stefano draws a line of interest through the center of the frame, and treats it with a warm coloration to enhance the holiday mood, leaving the viewer guessing as to what is happening, or about to happen on the other side of the tape.” – Life Framer

“Through fantastic composition and lighting that gives the frame a metallic, glistening sheen, Cruz presents a profound street moment drawn with electric mystery. Centred around a strong diagonal of interlocked arms, dark one side and light the other, we see an ambiguous exchange – perhaps of money between mother and a homeless person; the jewelry and handbag of the former, and the stained shirt of the latter certainly hinting so. Cropping the identities of both from the frame however, it is the young girl who holds our gaze – her weighty expression beguiling and thought-provoking, and prompting questions around society, humanity and the world our children enter. It’s a stunning image with real complexity, captured in an artistic and sensitive way.” – Life Framer

“In this poignant image Jim skilfully utilises depth and perspective, detail and sparseness to create a beautiful musing on love and loss. On one side of the frame a cabinet full of photographs and mementos, on the other a framed image of a loved one given space against an empty wall, and between them this widowed man who gazes longingly in the direction of the image, his line of site disrupted as if to emphasise the expanse between him and his past companion. Photographing his subject through a doorway, Jim further underscores the isolation and loneliness felt. Taken from a series in which Jim documents the stories of an ageing section of society that has lived through the hardship of war, this image takes on an added emotional weight given the current restrictions we find ourselves under.” – Life Framer

“A fantastic image where Dean employs tight composition and unusual coloring to bring character to the frame to match that of his subjects. Dressed up to the nines and photographed against a mundane backdrop, it wonderfully describes a significant phase of youthhood – of seeking freedom, exploring self-expression, and longing to escape the humdrum place where you’ve grown up.” – Life Framer

“Capturing a bizarre roadside scene in Bangkok from a distant vantage point, we watch as cows reclaim the highway, seemingly as baffled by their environment as we are by their presence in it. The slight over-exposure and flat lighting from the overcast sky create a peculiar effect – a brightness with a near absence of shadows which plays tricks on the eye, making it seem at first as though the animals are digitally superimposed on their landscape. It’s an apt and creative technique which acts to emphasize the very real absurdity, resulting in something both playful and amusing, and oddly post-apocalyptic nature beginning to reclaim the land!” – Life Framer

“A humorous example of life imitating art on the streets of Bangkok, that also speaks to the chaos, density and exhaustion of our urban existence. Images such as this one often appear simple or lucky unless you’ve tried to take them it soon becomes apparent that they’re down to a combination of craft, patience and a very keen eye. Well done!” – Life Framer

“Julia depicts the banks of London’s river Thames, with its famous Tower Bridge in the background, but not as we’ve ever seen it – harking back to the 1950s when East Enders would amass on its small tidal beaches for a day of escape from the claustrophobic city. It’s an image where the level of photographic ambition is matched only by its eccentricity. There’s so much to absorb in the characters in perfect period dress – from a Punch & Judy show, accordion player and ice cream stall, to kites, sand castles, cricket and even period newspaper headlines – all rendered in exquisite detail and nostalgic sepia-tinged coloring. It’s bold and magnificent, and a welcome dose of care-free frivolity in our current times.” – Life Framer

“A cleverly-framed bird’s eye view of the wedding industry in China, where at least 8 couples seek the perfect marital portrait, or perhaps companies craft press shots to sell dresses, experiences and lifestyles. Captured from a distance against a faded lawn this practice looks particularly absurd – Christopher peeling back the curtain to expose the artificiality and remind us that Instagram is indeed not reality!” – Life Framer

“This well framed image is taken from Roger’s series HaAretz, through which he documents religious places that now “exist as merchandised spaces of leisure” across Israel, Palestine, Egypt, Jordan, Syria and Saudi Arabia. Punctuating the monochromatic landscape and dusty sky, these bright children’s balloons and toys look totally incongruous against the harsh, barren landscape – absurd and almost anachronistic. It is an image that speaks to questions of tourism and culture, tradition and modernity, and the pervasiveness and homogeneity of consumerism around the world.” – Life Framer

“What first grabs the viewer with this image of a holiday scene is the colors – muted pastel shades that seem to create something tinged with melancholy. This is only magnified in the foreground subject – someone who seemingly doesn’t quite fit, looking on with longing at the group of nearby teenagers. Taken from the series Meeting Sofie in which Snezhana documents the life of the titular character, it’s a poignant and tender portrait, that speaks to both her life as an outsider, and experiences of youthhood universal to us all.” – Life Framer