A Life in Shadows

Following Todd Hido’s selection of winning images for our theme NIGHT LIFE, this compilation of 20 images, selected by the Life Framer editors represents some of the other talented photographers whose work struck us and left a mark. Each a stunning image worthy of exposure and attention…

Editor’s comment: Initially the chaos and flourescent palette of this image may seem a little overwhelming, but once one looks deeper the complexities become fascinating. There variety of emotion captured in each of the faces – especially those in the reflections – gives pause for reflection on the state of the human race as a whole. Capturing a multitude of elements in this way is deceptively impressive. It’s a remarkable image. 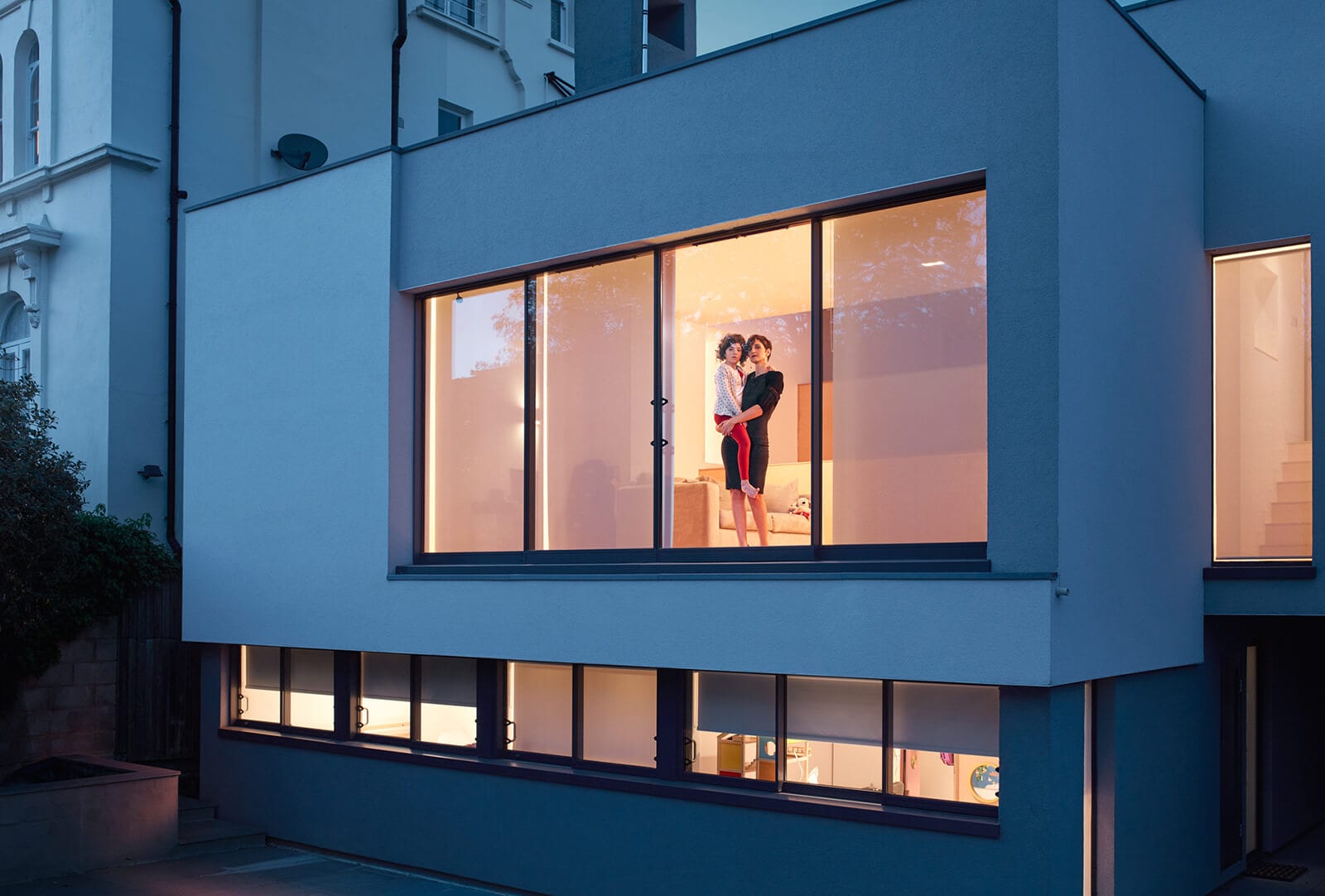 “A series exploring ideas of home, belonging, privacy, security and the idea that ‘a man’s home is his castle’, a sentiment the dates back to Roman times… “What more sacred, what more strongly guarded by every holy feeling, than man’s on home?” – Cicero.”

Editor’s comment: There’s something haunting about this image. The lines are all meticulously clean, both on the inside and outside yet the posture of the subjects lends one to think deeper – perhaps on the alienation such cleanliness absent of nature can bring, or the ways in which we wish to protect and shelter our children from danger perceived more than real. It’s a stunningly executed image, both on a technical and conceptual level. 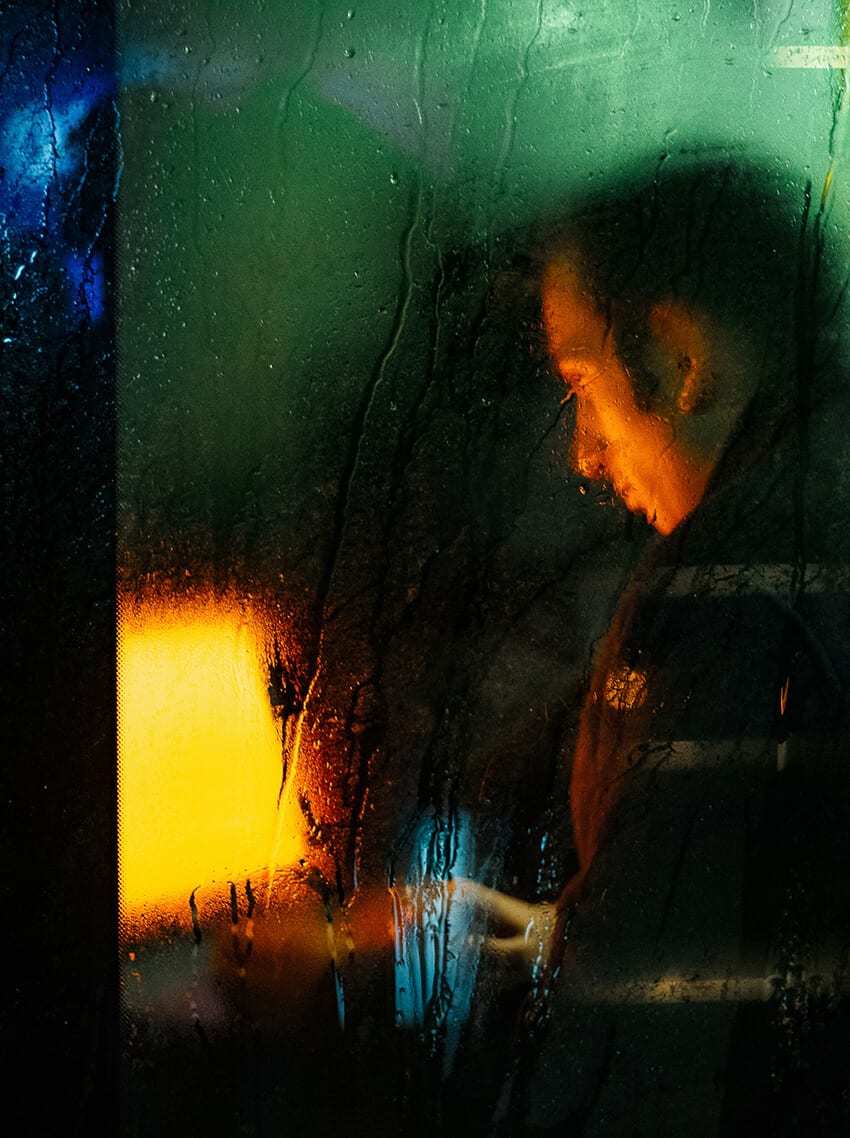 “I call my work ‘existential street photography’. They are candid images, taken on the street of strangers, but they are not meant to document life as it is. Rather, I try to reflect my inner states, and show how in modern life, beauty and alienation go hand in hand. There is a distance to my subjects, that is only sometimes bridged with brief contact. Through my photography, I hope to empower those who feel disconnected from life around them, and show them that with alienation and individualization also comes a form of freedom. Through directed viewing, active instead of passive observation, we can dramatize reality and both enhance its beauty and give it meaning. Through my visual style, a mixture of classic painterly composition and scifi colours and atmosphere, I hope to show life as a synthesis between past impressions and future vision, but ultimately as directed by us.”

Editor’s comment: A lovely capture of color and texture. An apt illustration of the beauty and alienation of modern life, that captures the zeitgeist as per the photographer’s intention. 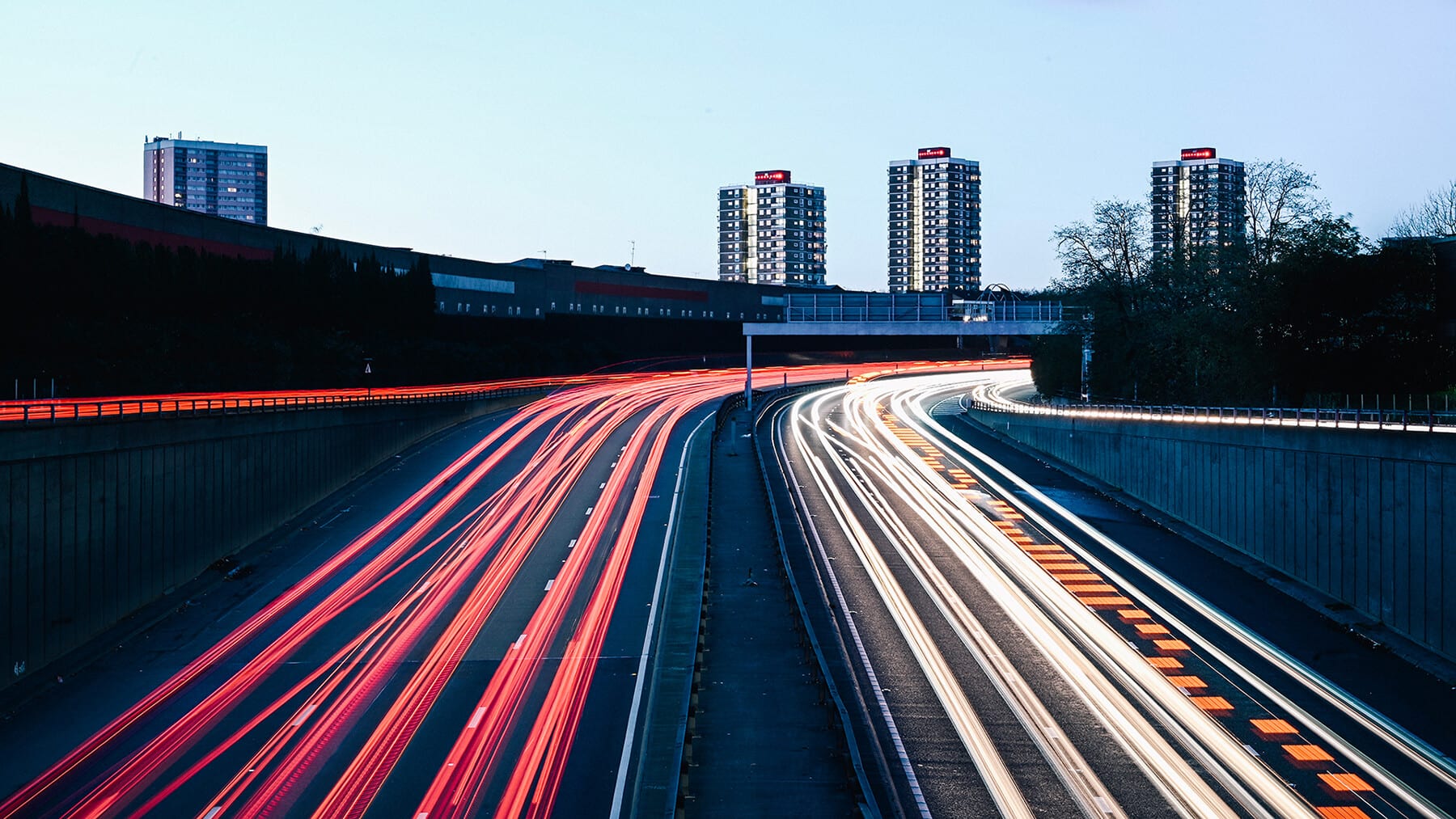 Editor’s comment: Long exposure photography isn’t always as easy as it seems, and the results can often be tired and clichéd. There is something here in the geometric composition and bright tones that makes it buzz with energy though, capturing the freneticism of the urban world – the relentless pulse of coming and going, here and gone. Great work. 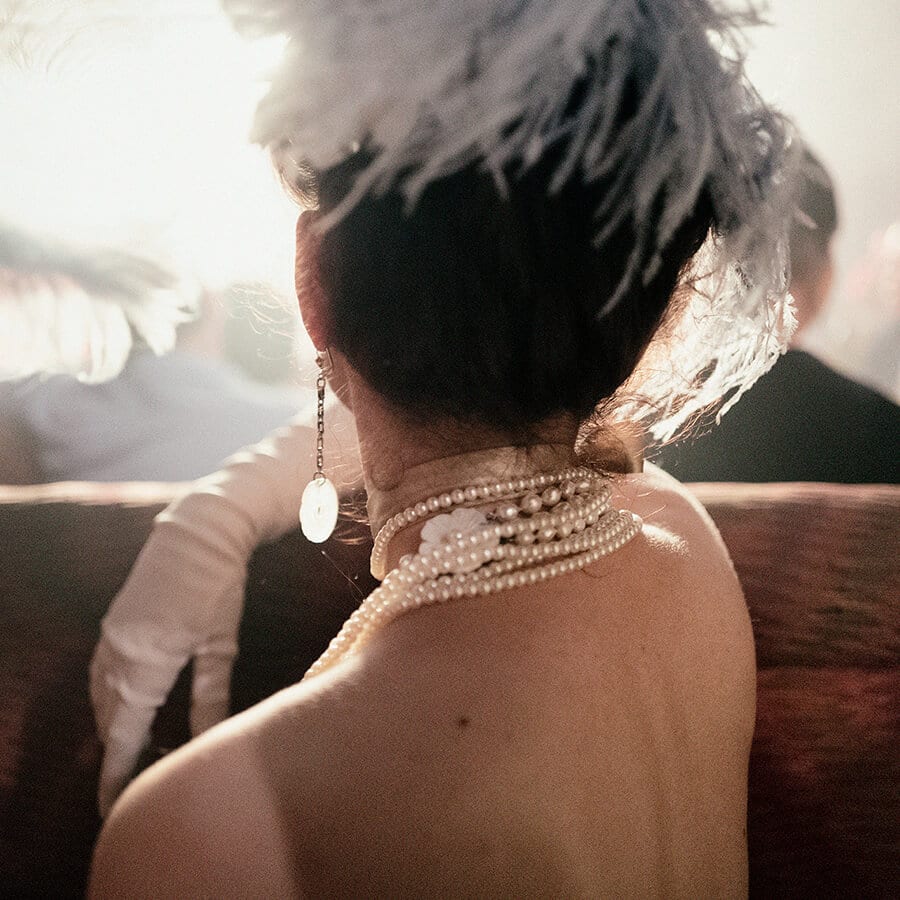 Editor’s comment: Lighting, pose, and costume all combine effortlessly into a a sumptuous whole here, the dazzling light ahead offering something spellbinding. Definitely an image worth lingering on. 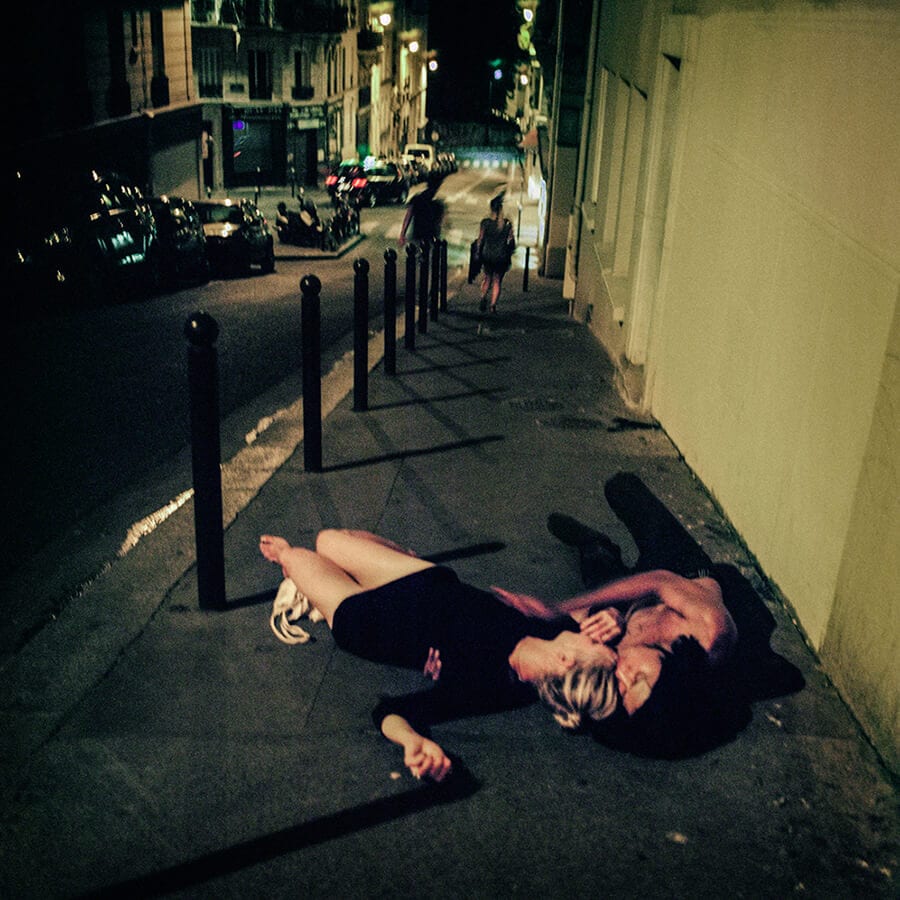 From the series Taillights Fade – “Just like a moth is attracted to a candle, I’m attracted to neon and street lights. It enables me to record what is shocking and yet so captivating about urban life in Europe after sunset. In the past ten years, the artificial light and the night have become my habitat. When most of us go to sleep, I go out. The dim light gives my images of the night a frayed, poetic charm. This, in combination with the long exposure times, often results in poignant images, untouched by digital processes. I’m not concerned with the night’s aesthetics as such. Admittedly, the cities in his photographs are also very often gritty places full of shadows, where you might get the feeling that things are not going to end well – but to me, the night functions as a metaphor for the crises that plague a febrile Europe. The economic crisis, the refugee crisis, and a general identity crisis all show the skewness of European governments as to how to defuse polarization. Taillights Fade is a document of Europe in hard times, which at the same time shows the resilience, the confidence, and the hope of its inhabitants.”

Editor’s comment: A poignant and compelling capture of urban life in Europe after sunset. It serves the dual purpose of documenting night life while also bringing to life the human condition – beauty and transcendental, devil-may-care passion in the grit and ugliness of reality. Well done! 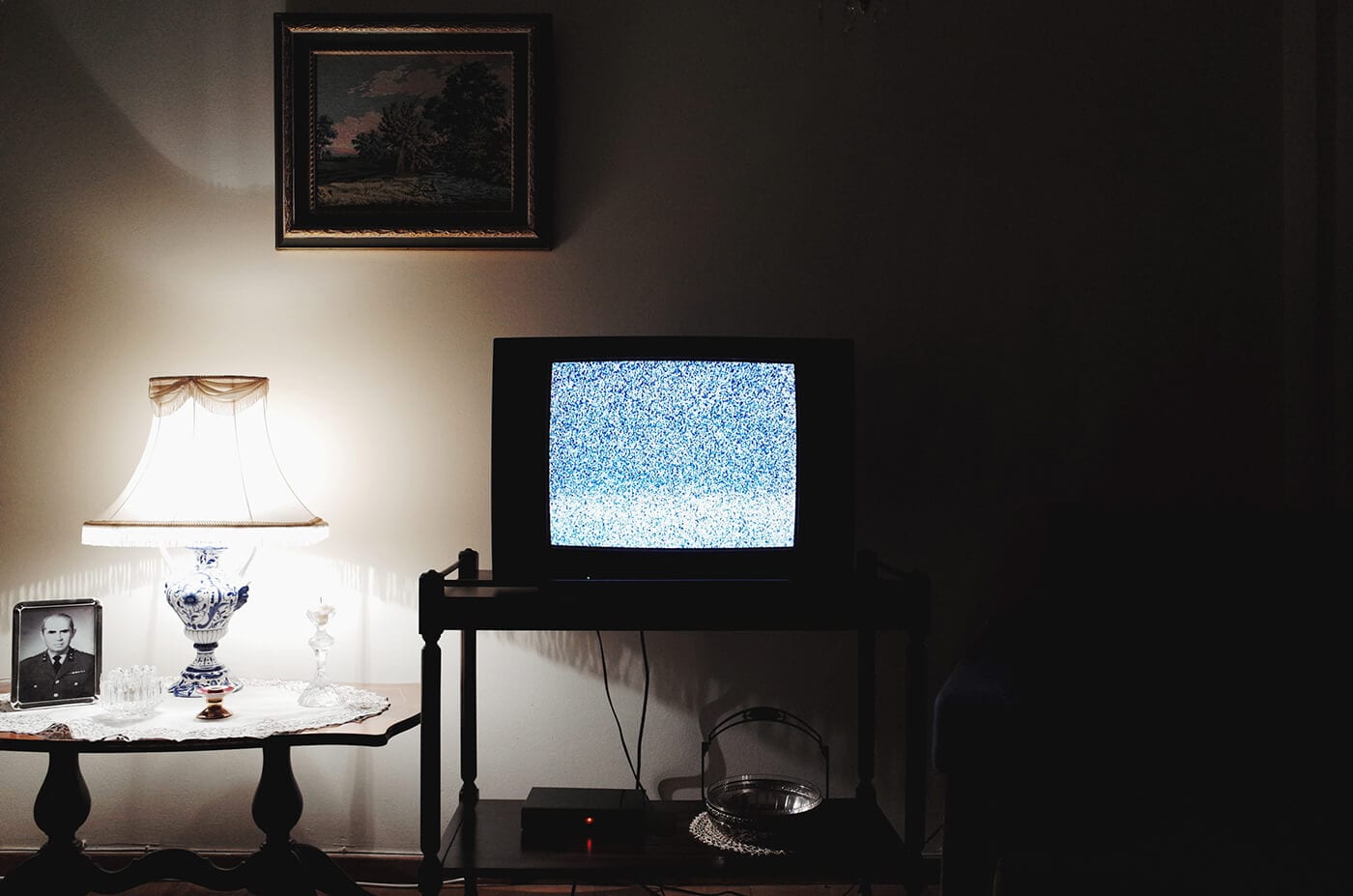 Editor’s comment: A great still life of the ‘late hours’ that many of us keep. Excellent placement of props and use of lighting to elicit comfort and unease, memory, love and loss all in a single frame. 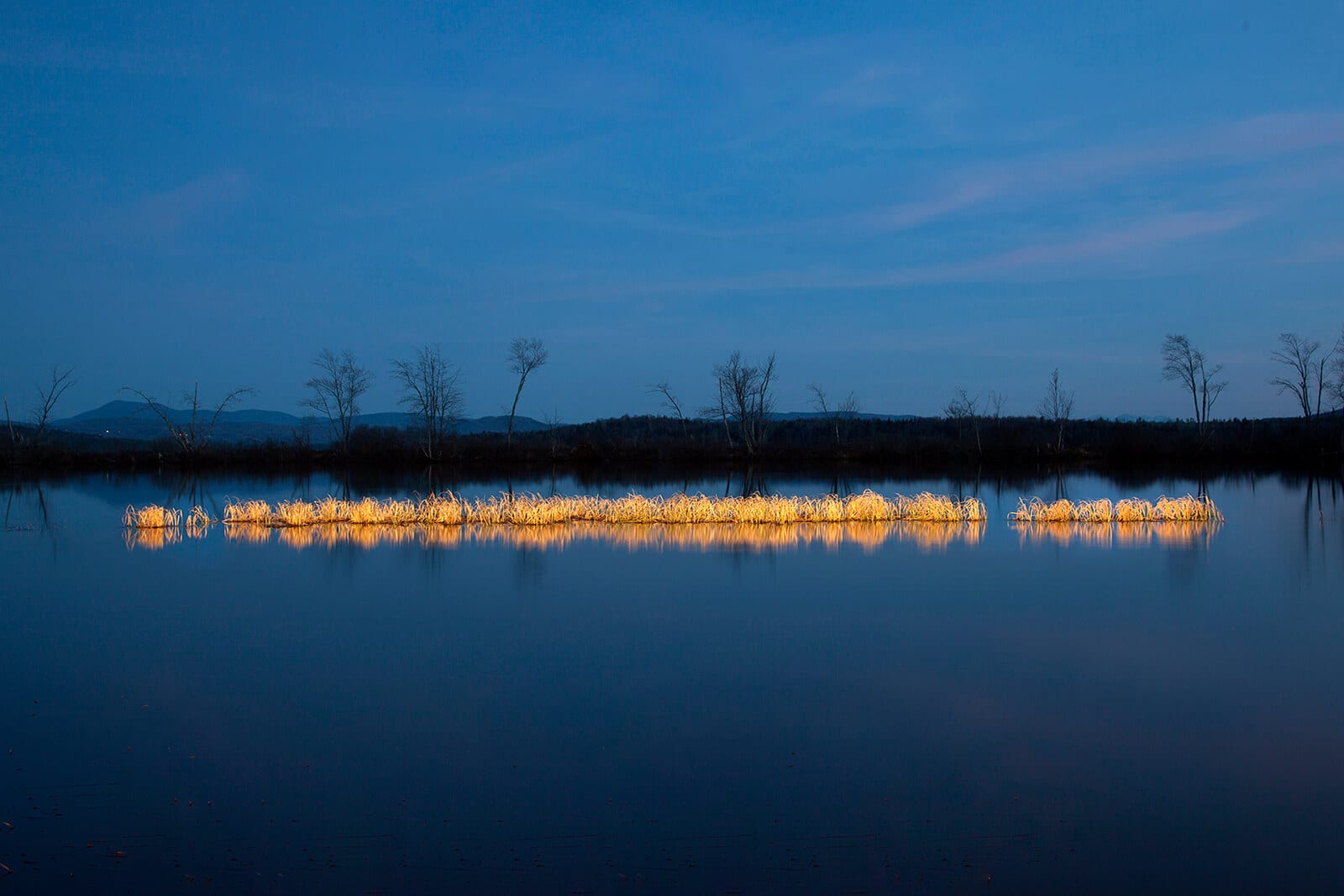 Carex Stricta #8 from the series Tussock Sedges – ” Photographing in the marshes and bogs can be a wonderful experience. The transition from water to land, season to season, and day to night is amazing. I lit the sedges or Carex-stricta on each side of the camera from either the shoreline or while in a canoe or skiff. None of my images were manipulated after the exposure. Use of long exposures, available light, and sometimes a bit of painting with light is used. Only one exposure, no layering. My focus is on the process of time.”

Editor’s comment: A gorgeous, enthralling image of bogland that is at once natural and alien – the orange reeds cutting an otherworldy, energetic swathe through the calm. The complexity of its creation is hidden by the magical lucidity of the result. 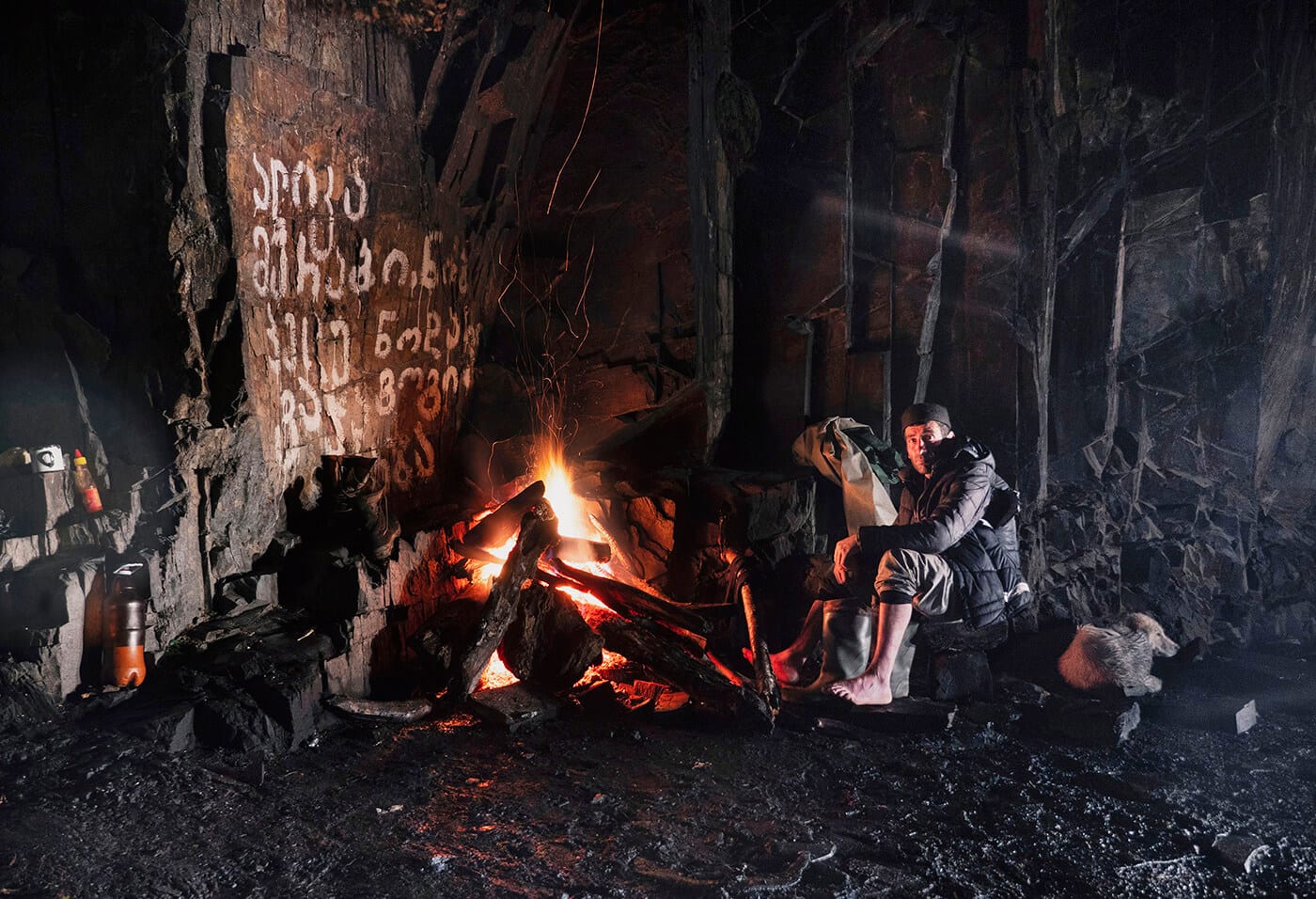 “A shepherd and his dog, exhausted after a full day on the road descending from Georgia’s Tusheti Mountains.”

Editor’s comment: An excellent capture of a shepherd and his dog. The warm light of the fire in the nook contrasts significantly with the harsh white light illuminating the smoke – emphasising warmth and cold, comfort and hardship, companionship and isolation. 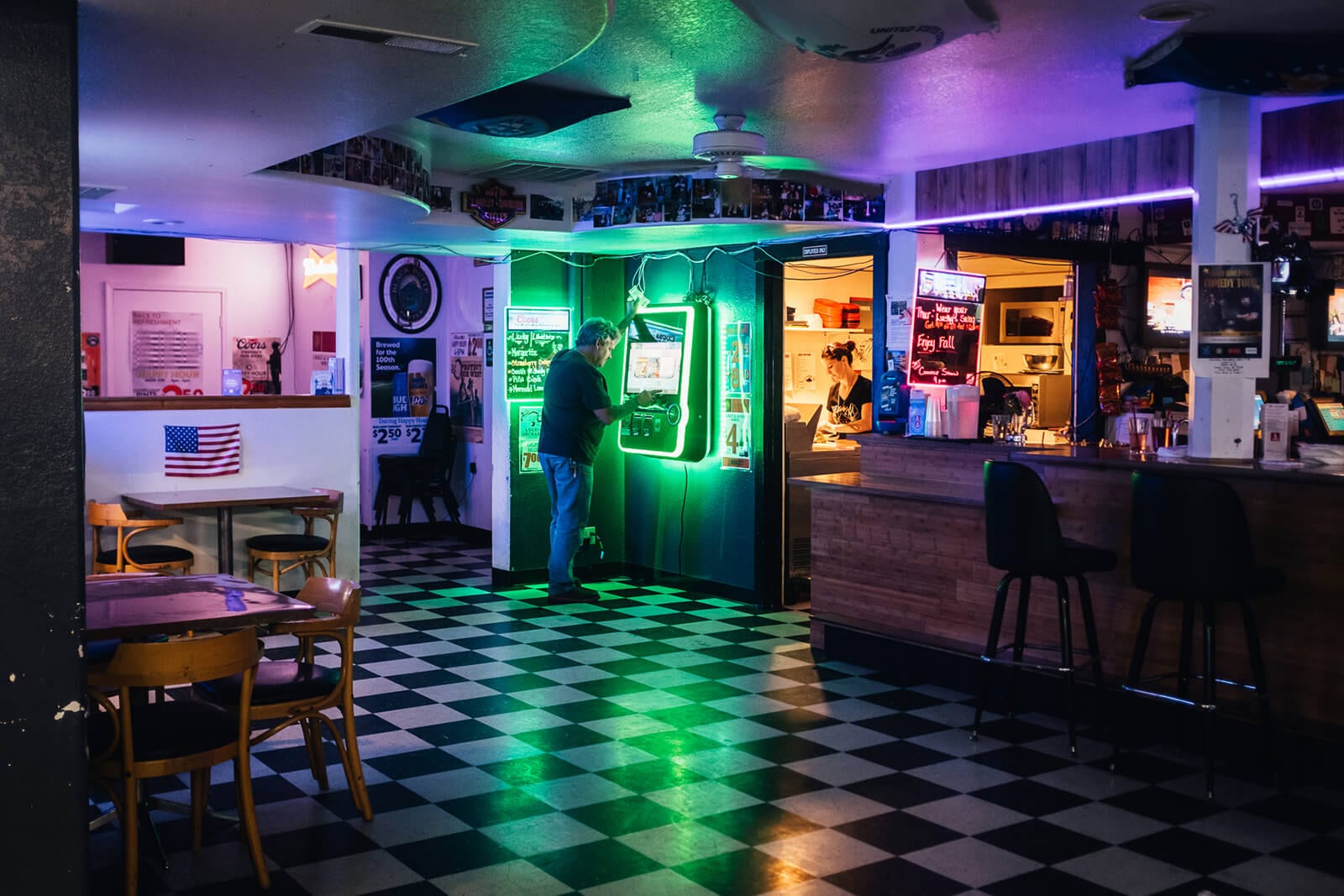 Editor’s comment: Everything about this shot is just simply fantastic. The colors are the first thing that jump out, but then the viewer is drawn deeper in to fabric of the people and the place. There are so many compelling layers to this image it’s hard to pull away from it. 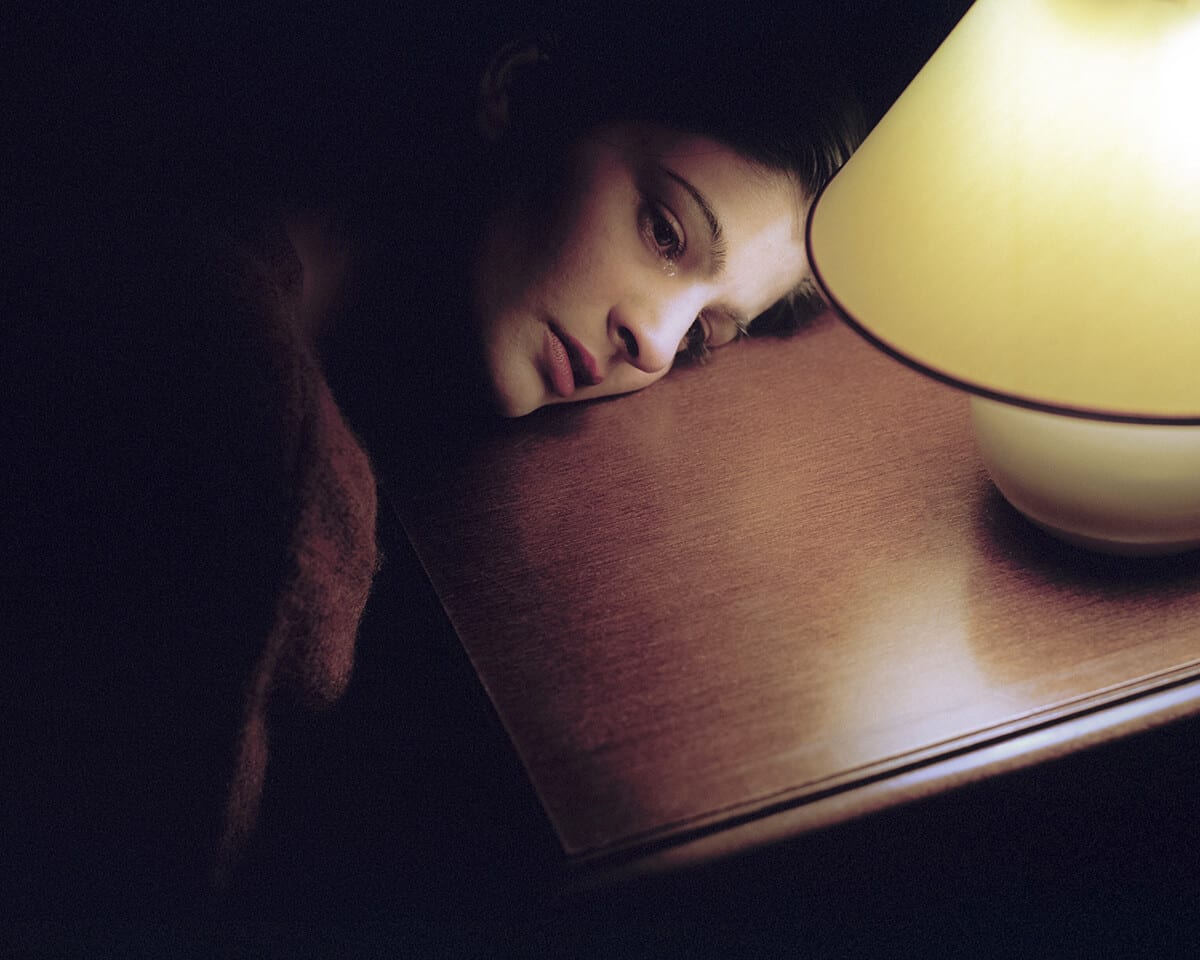 Editor’s comment: Clean and pure, and packed with emotional charge – longing, nostalgia and what-ifs. Sometimes we don’t need all the frills when the simple is so exquisitely done. 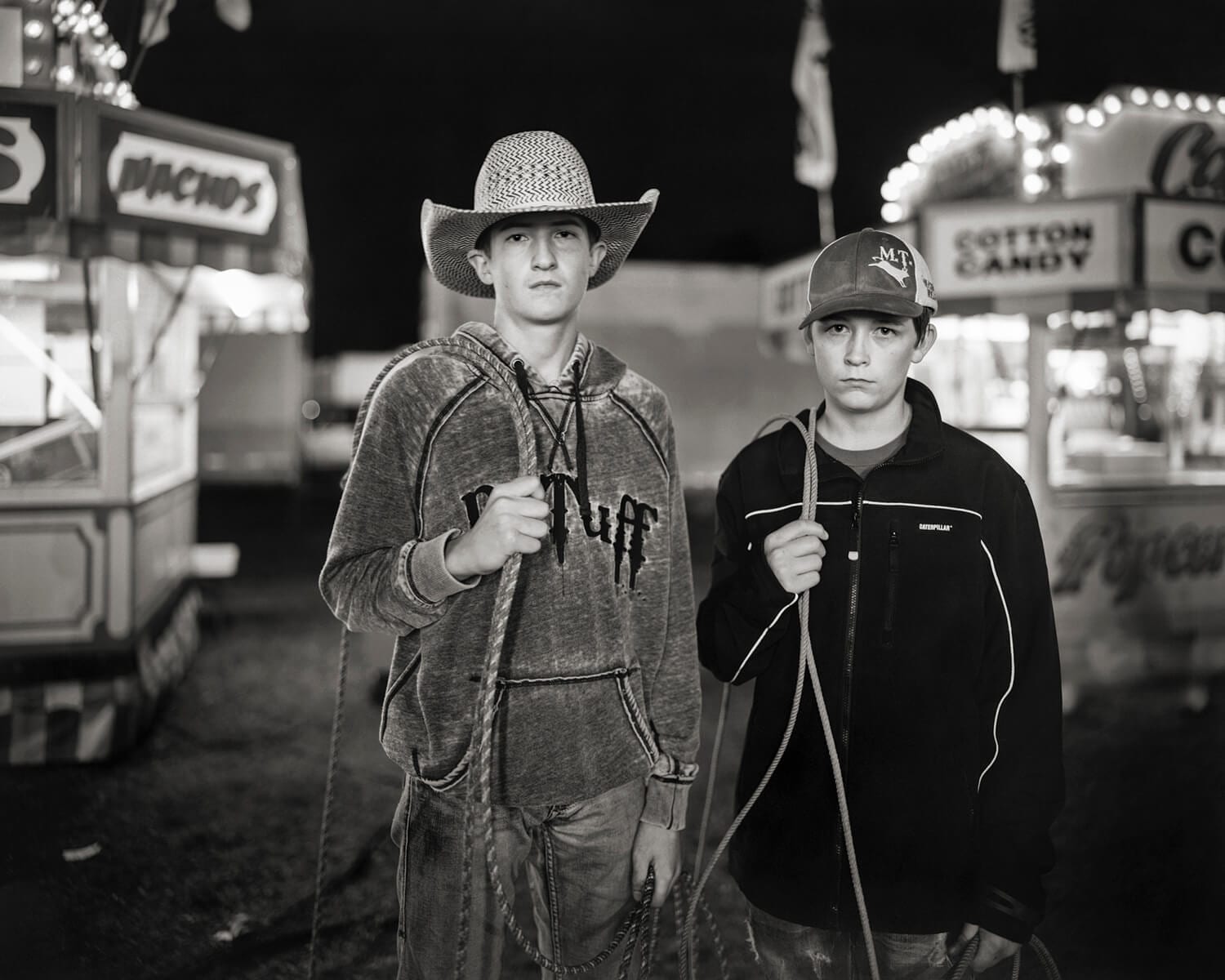 From the series Six Nights a Year – “The rural communities of the Midwest are, in the words of many, “a great place to raise a family.” But for the family being raised, the greatness often dissipates with the onset of puberty; no longer children, the youth from these households are eager to play adult games. The early years of this project, now in its fourth decade, were based entirely on this premise. Midway through the project’s development, though, I began including subtexts to better represent the rural-to-suburban transition that’s been sweeping the American countryside since the late 1960s. Viewed in tandem, these disparate elements offer a discerning look into what lies behind the guise of mediocrity in our country’s youth on the brink of adulthood.”

Editor’s comment: This portrait of Midwest Americana offers us an honest look inside the mystique. Excellent choice of subject matter and theme, as well as image composition and background choice. It’s quite compelling. 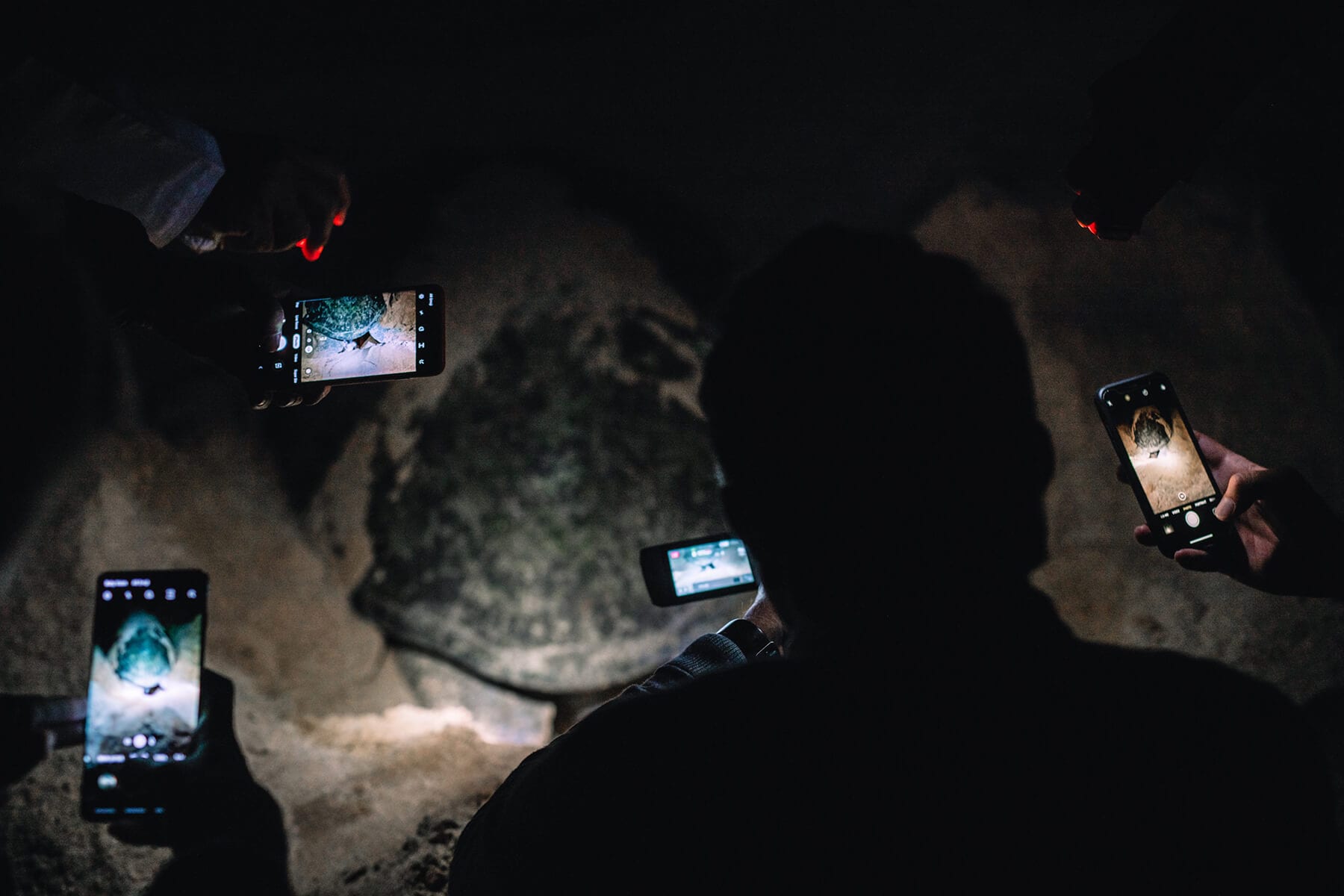 Editor’s comment: This image almost looks like we’re swimming underwater – a metaphor for the distorted version of the reality that the internet creates perhaps. We witness a turtle giving birth, surrounded by tourists capturing the sight to share the world over. It’s a harrowing, violating scene – a sad indictment of our experience-driven, social media culture. Seeing the turtle from five perspectives, what’s haunting is how none of these smartphone users truly consider the world from hers. And what side of that line is the photographer on? It’s an ethically rich scene. 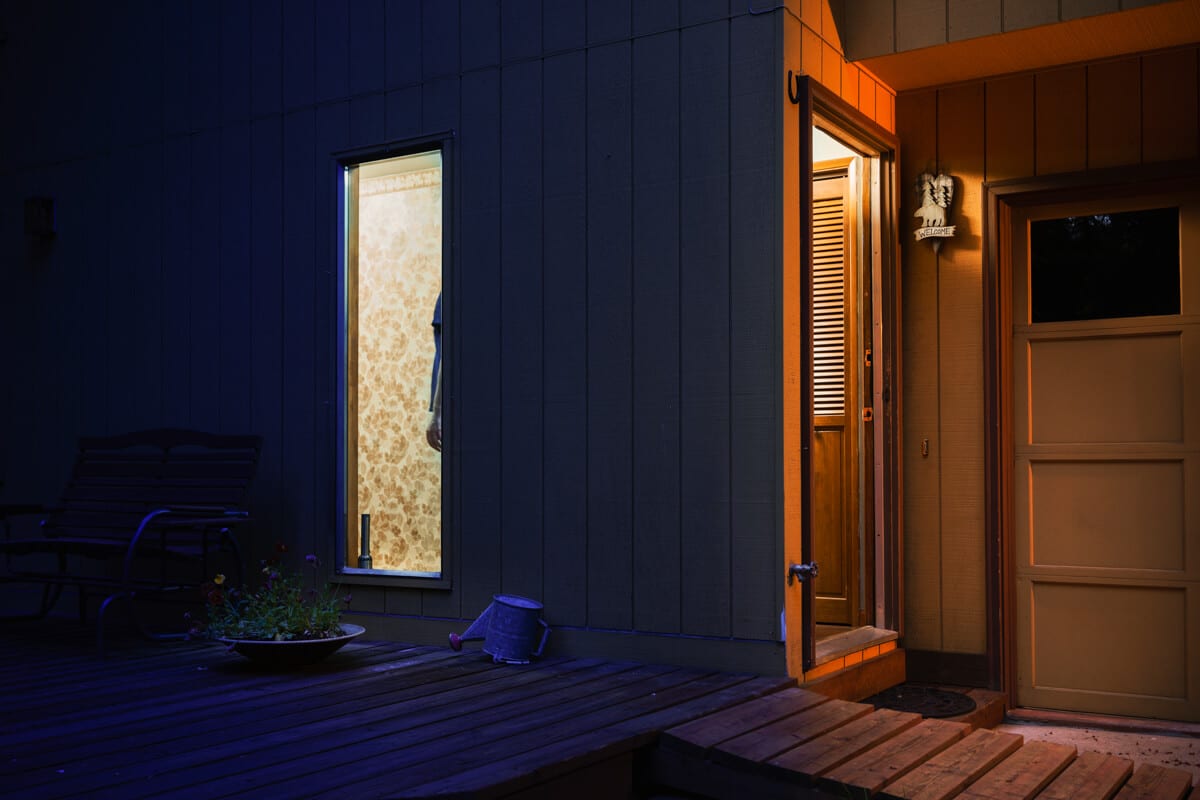 Editor’s comment: Clean lines and complimentary colors lend this image a pleasing gracefulness. Thematically, the stark distinction between the lit, welcoming door and the disparity of the dark is also quite poignant, and the upturned watering can and sliver of body in the doorway – lingering on the precipice – gives the image a more haunting, sinister edge. 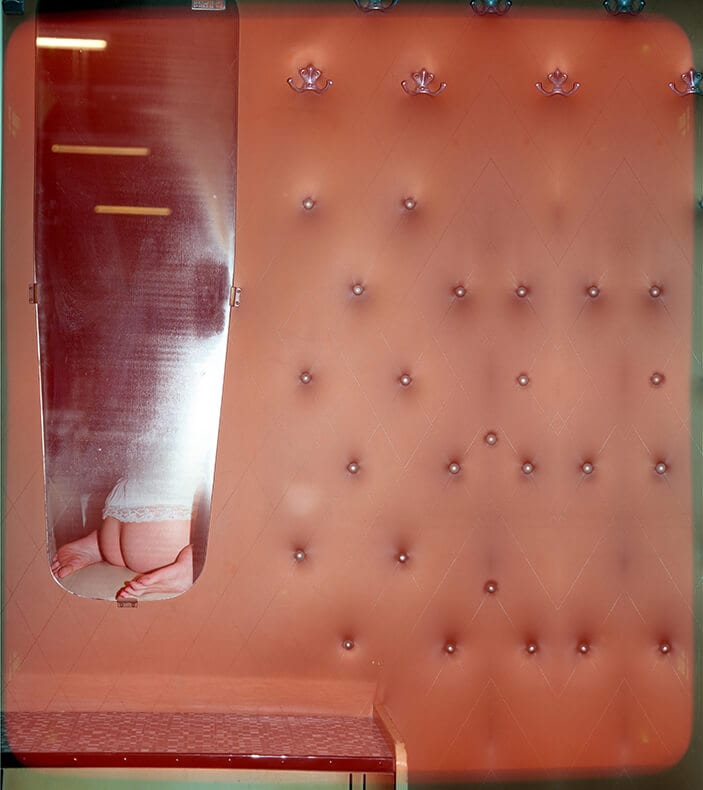 Editor’s comment: With its lurid block color and unconventional framing, this shot take a little getting used to. But once the elements start coming together in the viewer’s mind, it’s hard to un-see what we’re seeing. This image seemingly captures the more obscene side of night life, but in a suggestive, artful way. Brilliantly creative. 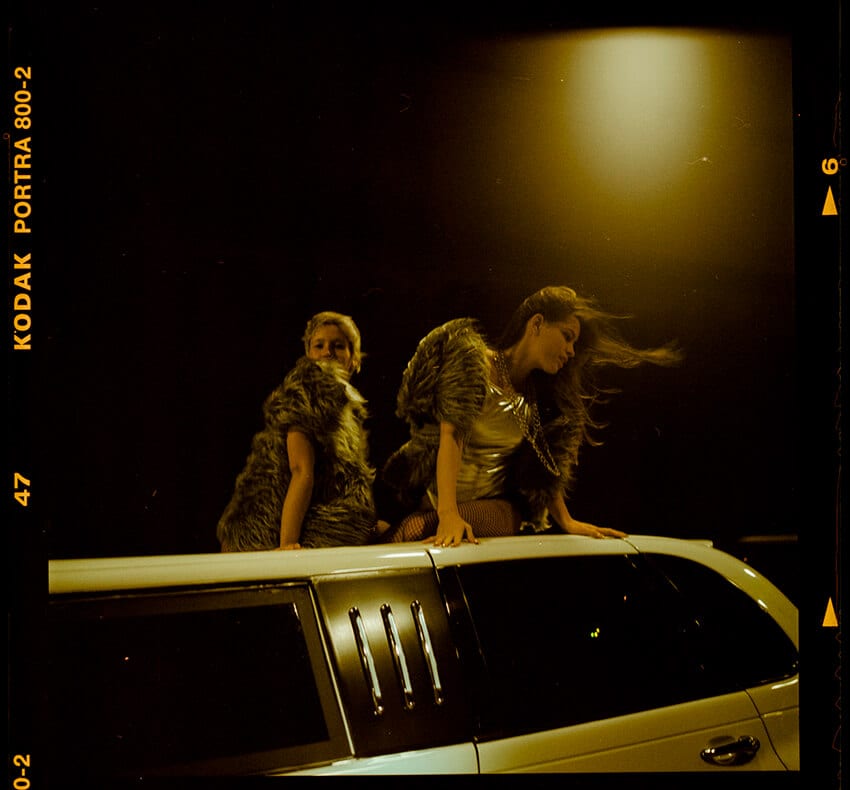 From the series The Black Cat – “The city of Sao Paulo Brazil is full of characters and stories that are not easily seen. They live in the shadows, scaring pedestrians, disturbing the traffic, occupying private and public spaces. Although not always pleasant they sure are delightful.”

Editor’s comment: Street photography can be very challenging, but the photographer nails it here. The timing, the lighting, the film color cast – all combine effortlessly to create a magical, very alive snapshot of Sao Paulo nightlife. Dressed in furs and with the wind in their hair these ladies at a glance look like angels, which perhaps offers a comment in itself – should their behavior, of care-free, glamorous excess, be extolled or condemned? 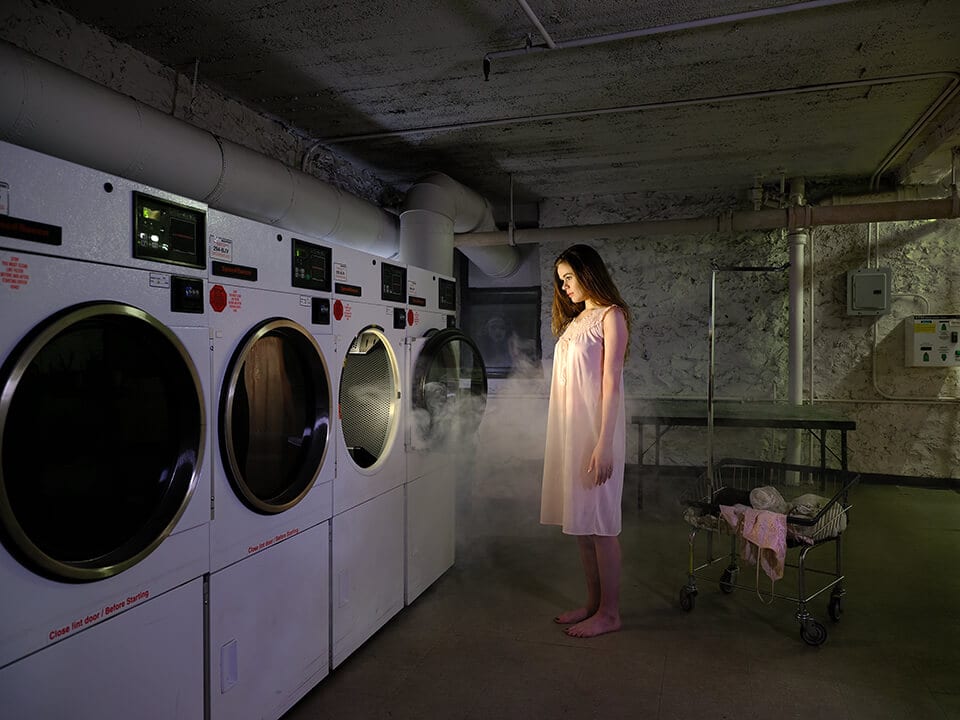 Editor’s comment: This is phenomenal storytelling. The clean lines, creative lighting, and placement of the model and props have a profound effect – creating an otherworldly mystery in the mundane. Drama in tedium. It’s a compelling image all around. Linger for long enough a second, ghostly figure appears… adding something haunting and even more engrossing to the frame. 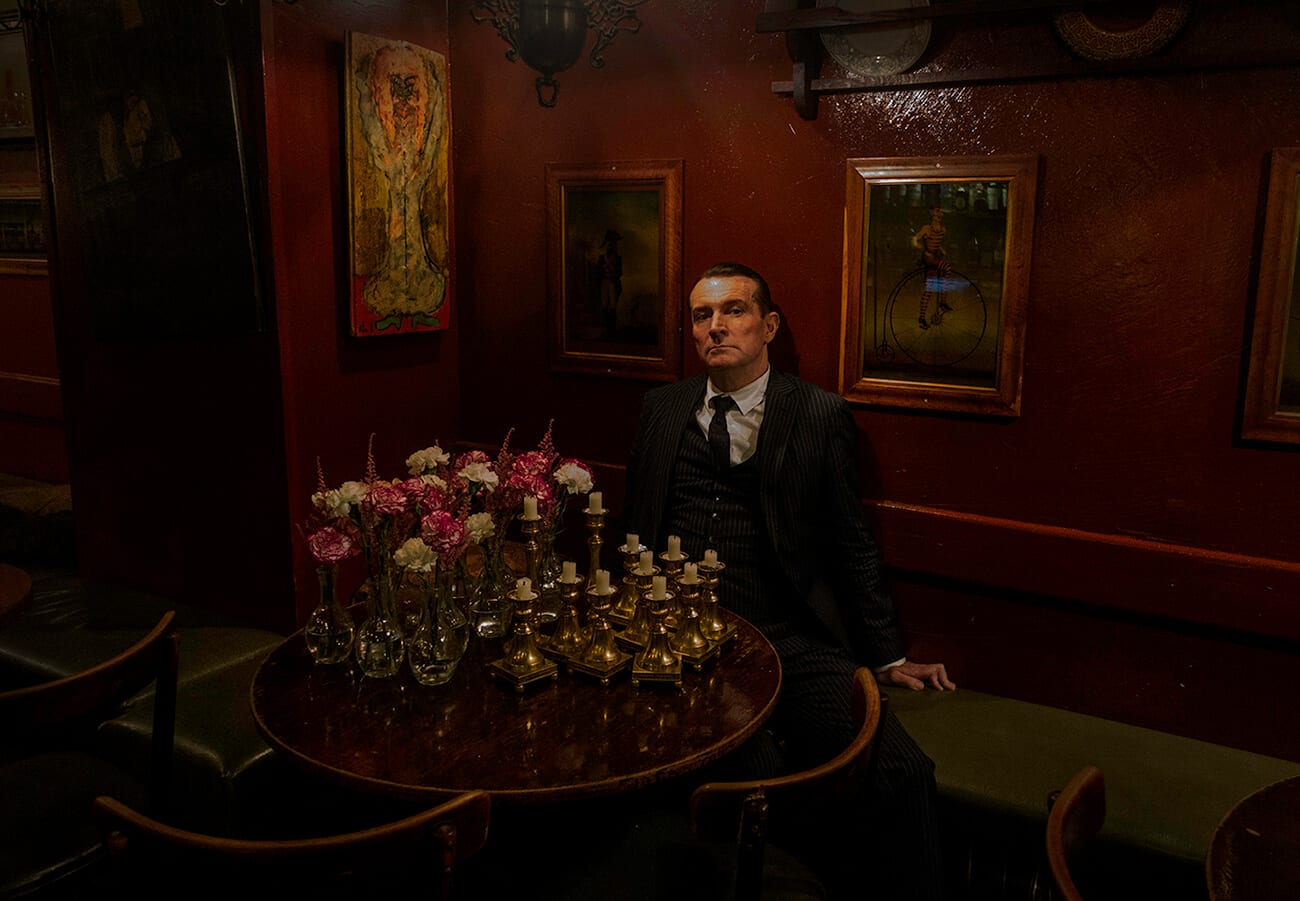 From the series Café Intime

Editor’s comment: This is a fascinating take on the theme – documenting the workers that keep the night life going, in this case a cafe owner in Copenhagen. The deep, rich colors of this image capture the mood perfectly, and the subject’s pose and expression is captivating – solemn, proud and knowing all rolled into one. We see a moment of calm contemplation ahead of the nightly storm. 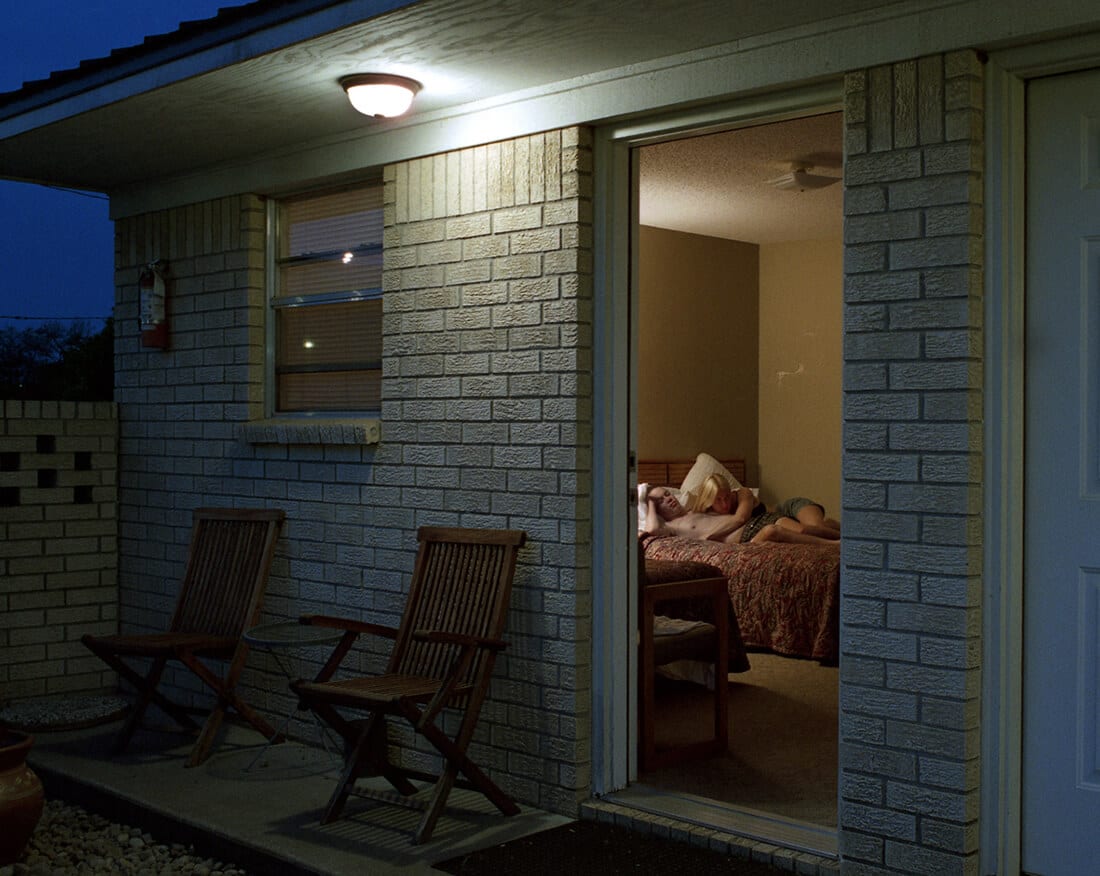 ”When photographing, I search for film stills in my own life. I’m always looking for a moment of intimacy with a person, with myself or with a place. A moment that I want to mark, that underlines the passage of time. The analogue way of indexing these quiet observations creates a chance of holding on and tracing back to these memories of experiences that for me, are both irretrievable and intense.”

Editor’s comment: The ‘slice of life’ realism in this photo is exceptionally compelling. The contrast between the harsh, bare exterior and the warmth of intimacy inside – both in terms of lighting and in terms of subject matter – is wonderful. 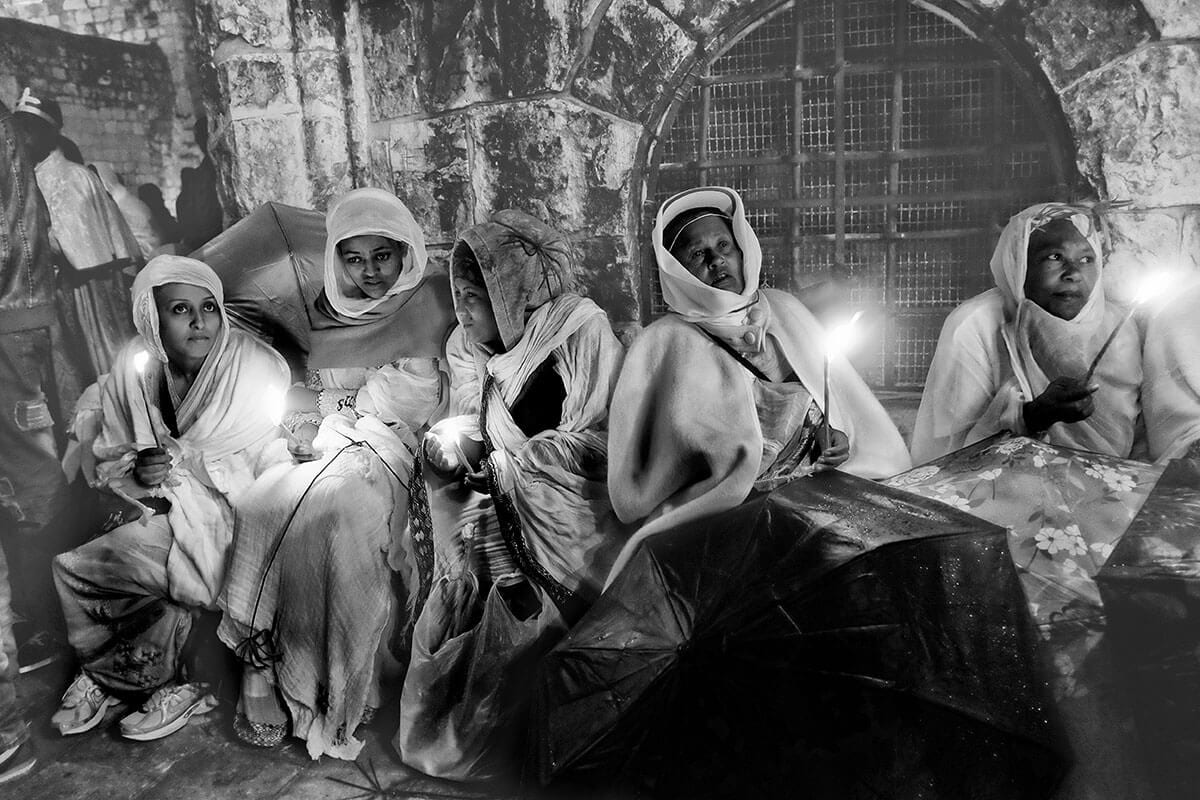 From the series Holy Fire

Editor’s comment: The variety of emotion in this image of the Holy Fire Ceremony is delightful, as well as mood created by the candles. Desaturating the background is an interesting compositional choice, but definitely makes the subjects stand out.