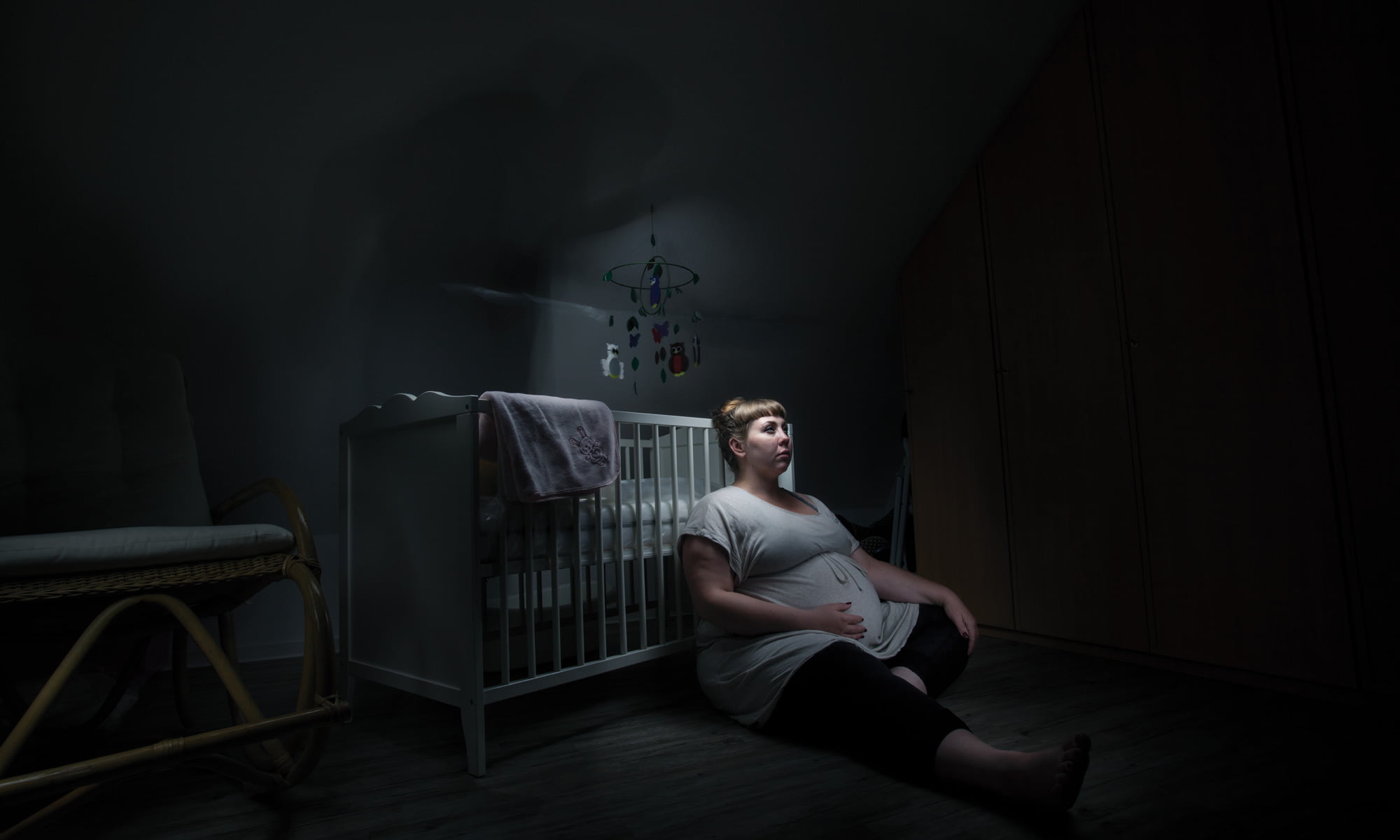 The night is evocative – the dark conjuring feelings of romance, mystery, fear, subterfuge, adventure. Neon lights and pounding club music, dark back-streets, a sky full of stars, a distant vantage point over a twinkling city… the darkness distorts our view on the world, the imbalance of being awake when we shouldn’t evoking both anxiety and joyful abandon.

Of course the lack of light, the essence of the nighttime, creates a technical challenge for a medium that is predicated on light falling on a camera’s film or a sensor. And so there is a necessary technical mastery that goes alongside an artistic eloquence. The eye is a complex piece of organic machinery, and all too often nighttime images can look like poor imitations of what we see in the flesh. It is therefore no surprise that many photographers choose to fight this reality entirely – using light and blur to create something unreal and magical.

It is perhaps this combination of emotional and technical expressiveness that makes night photography such a thrilling pursuit – the best images excite our senses. And this selection – from seascapes to festivals to nights out on the town – does just that. 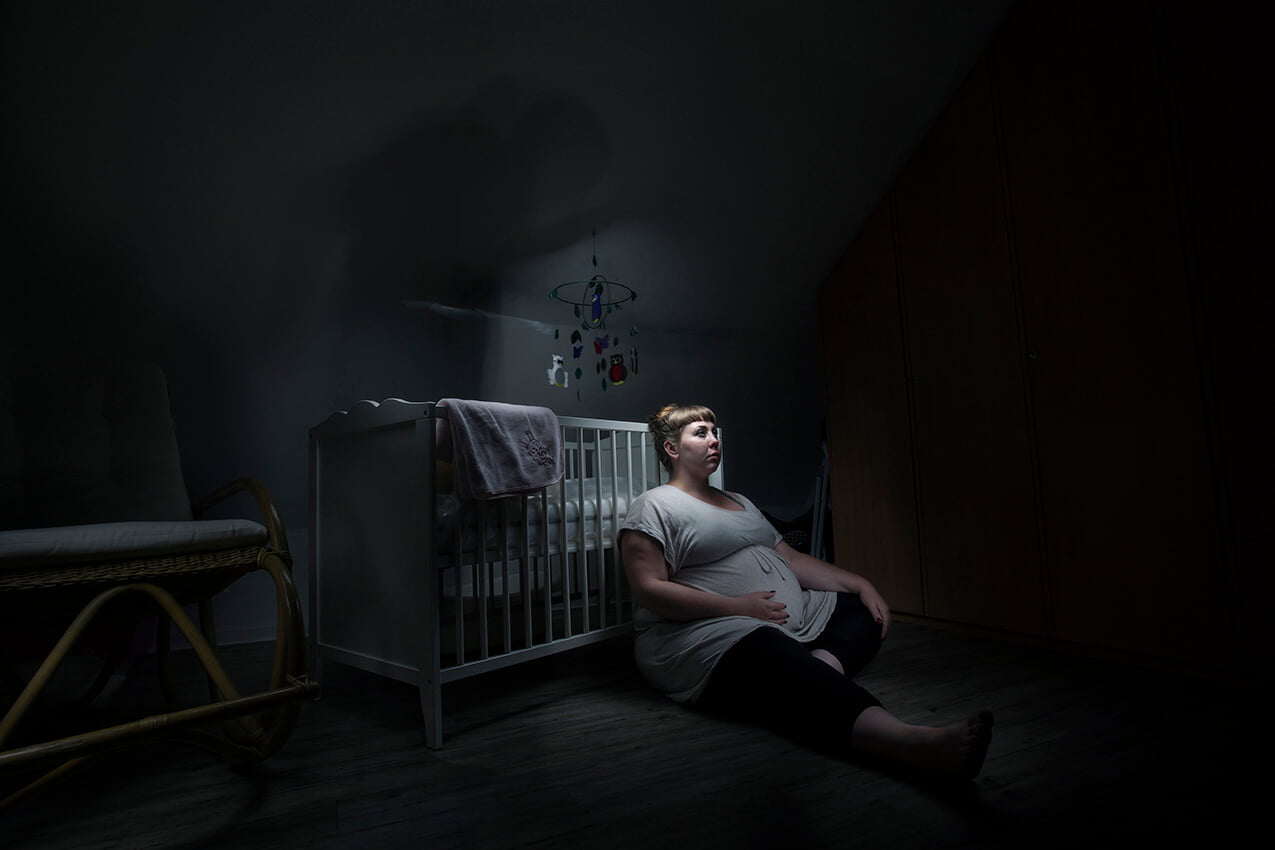 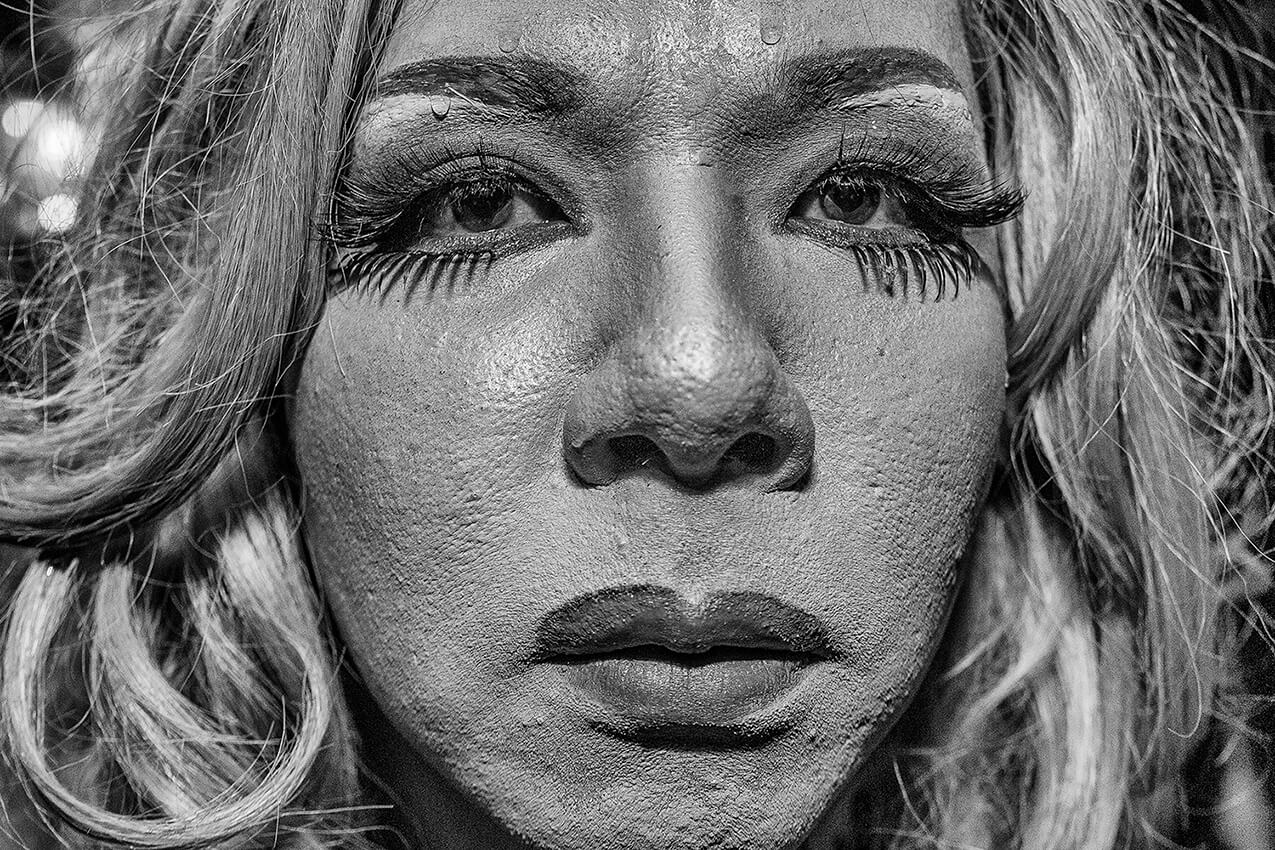 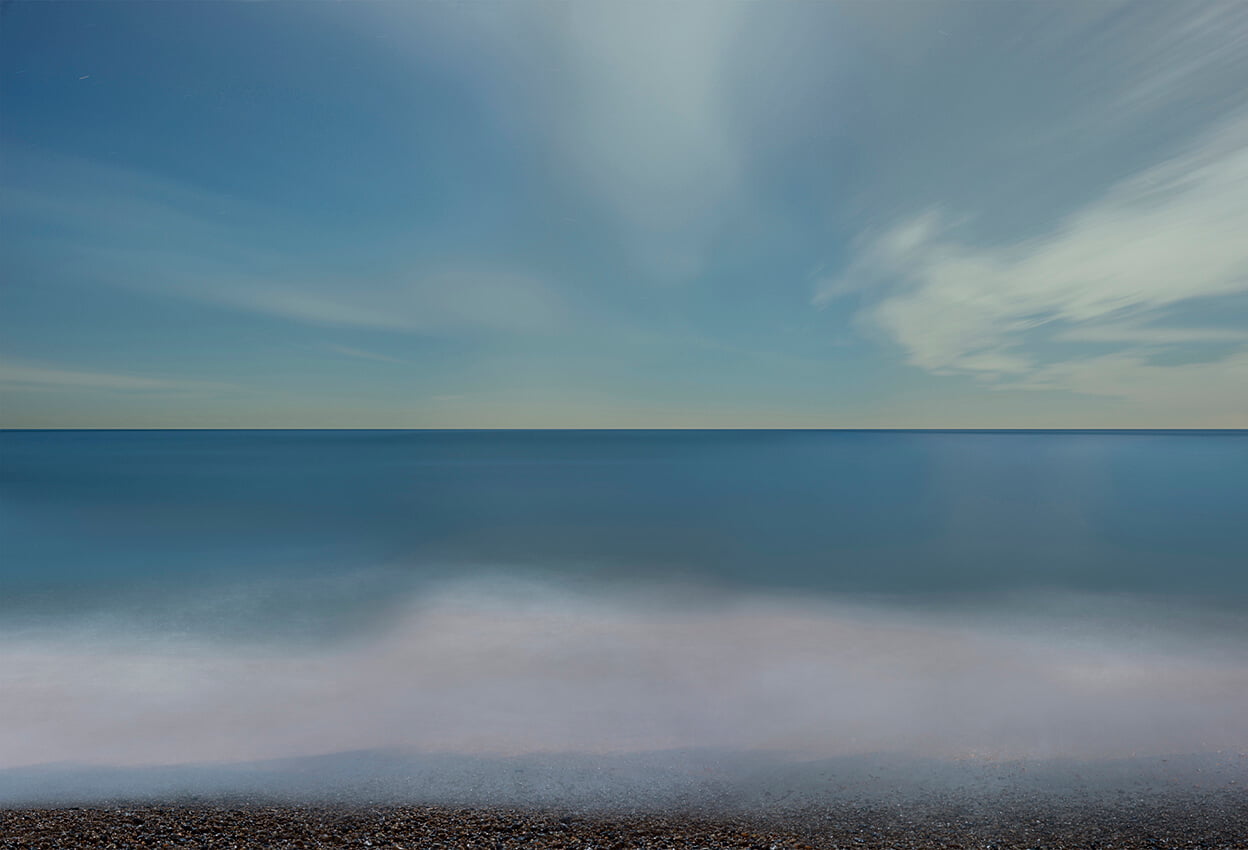 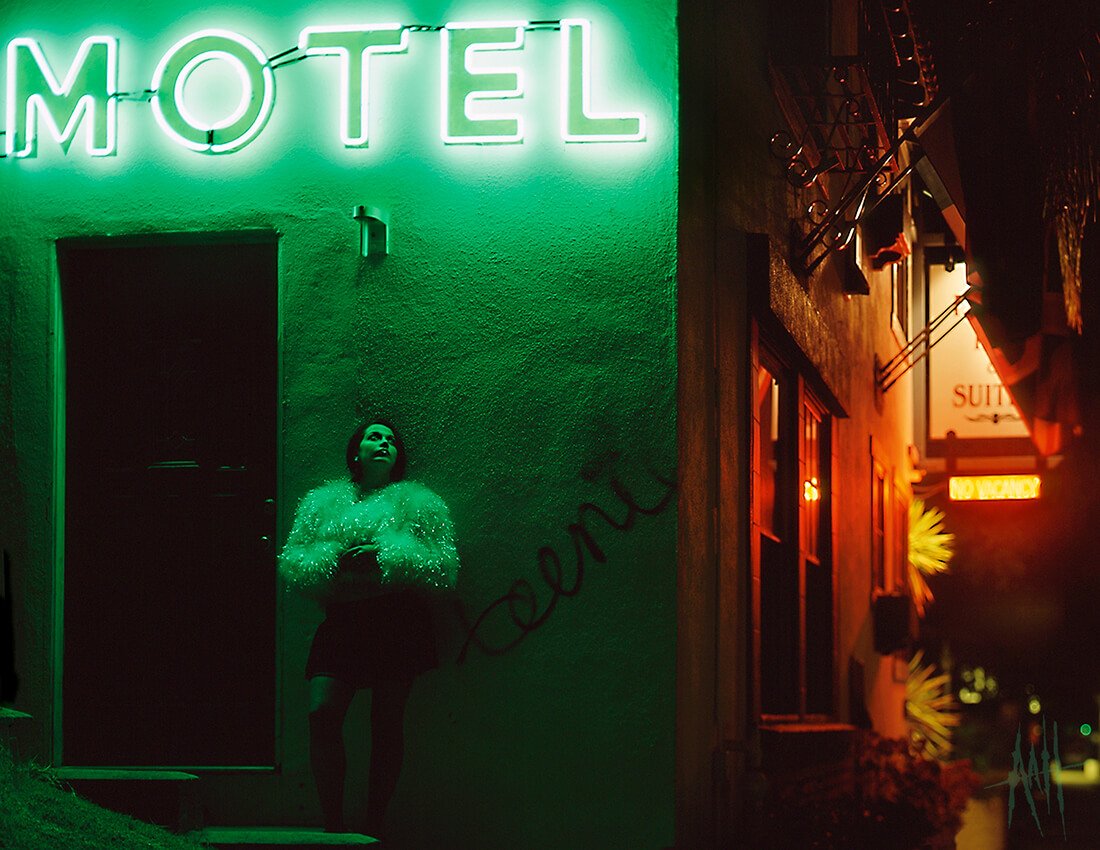 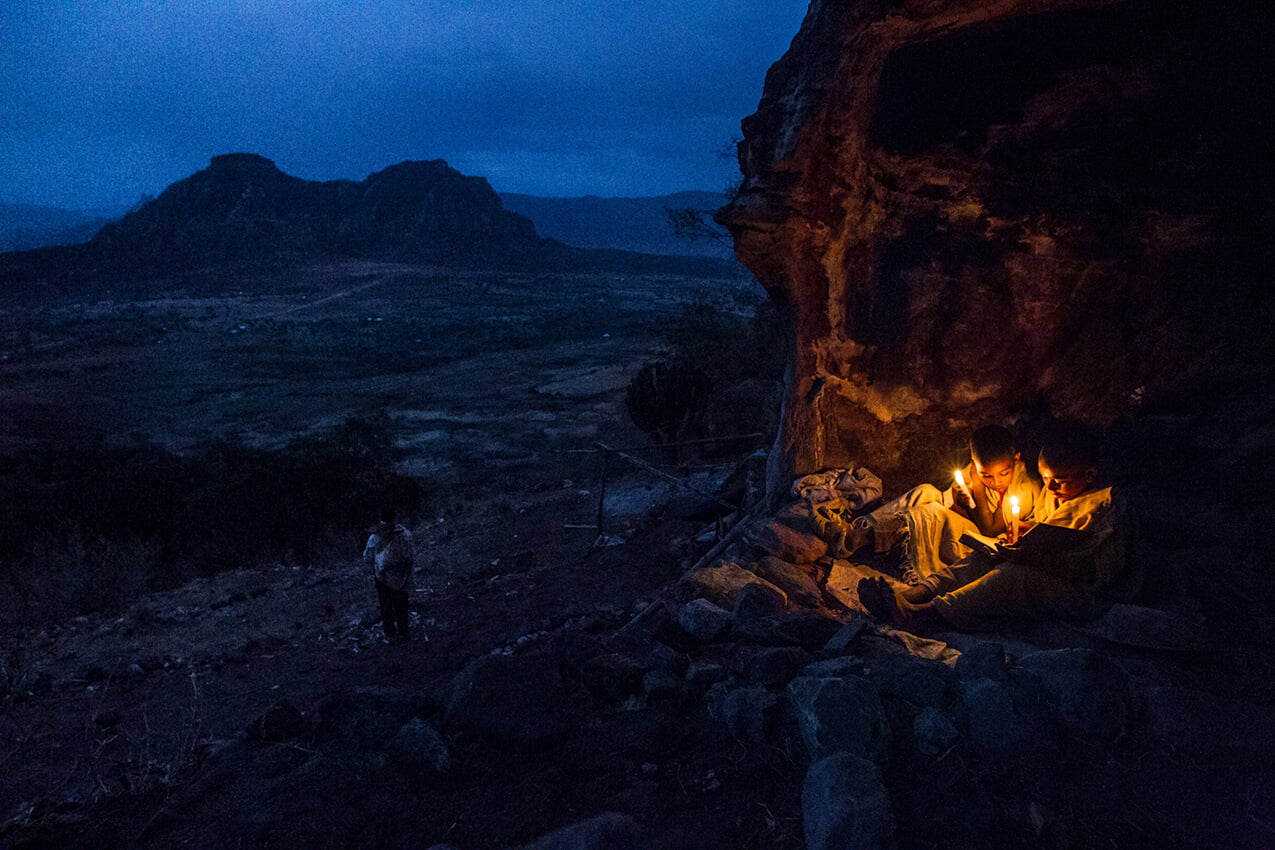 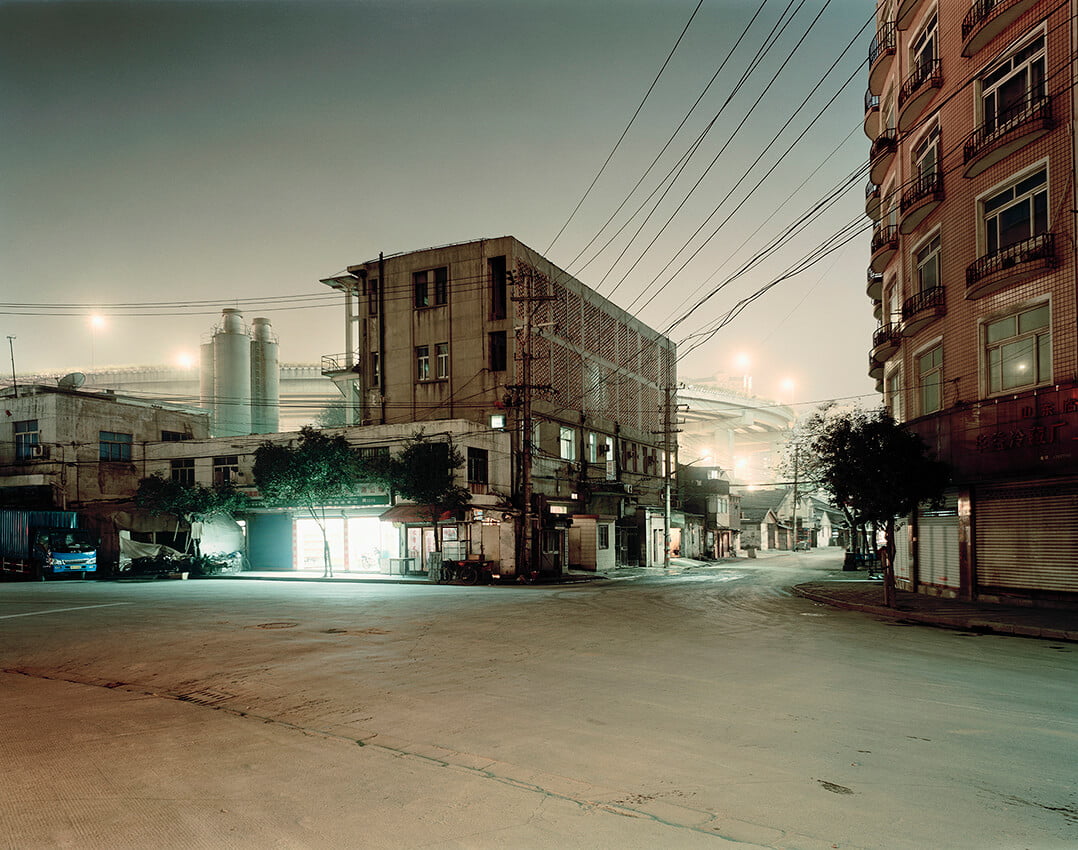 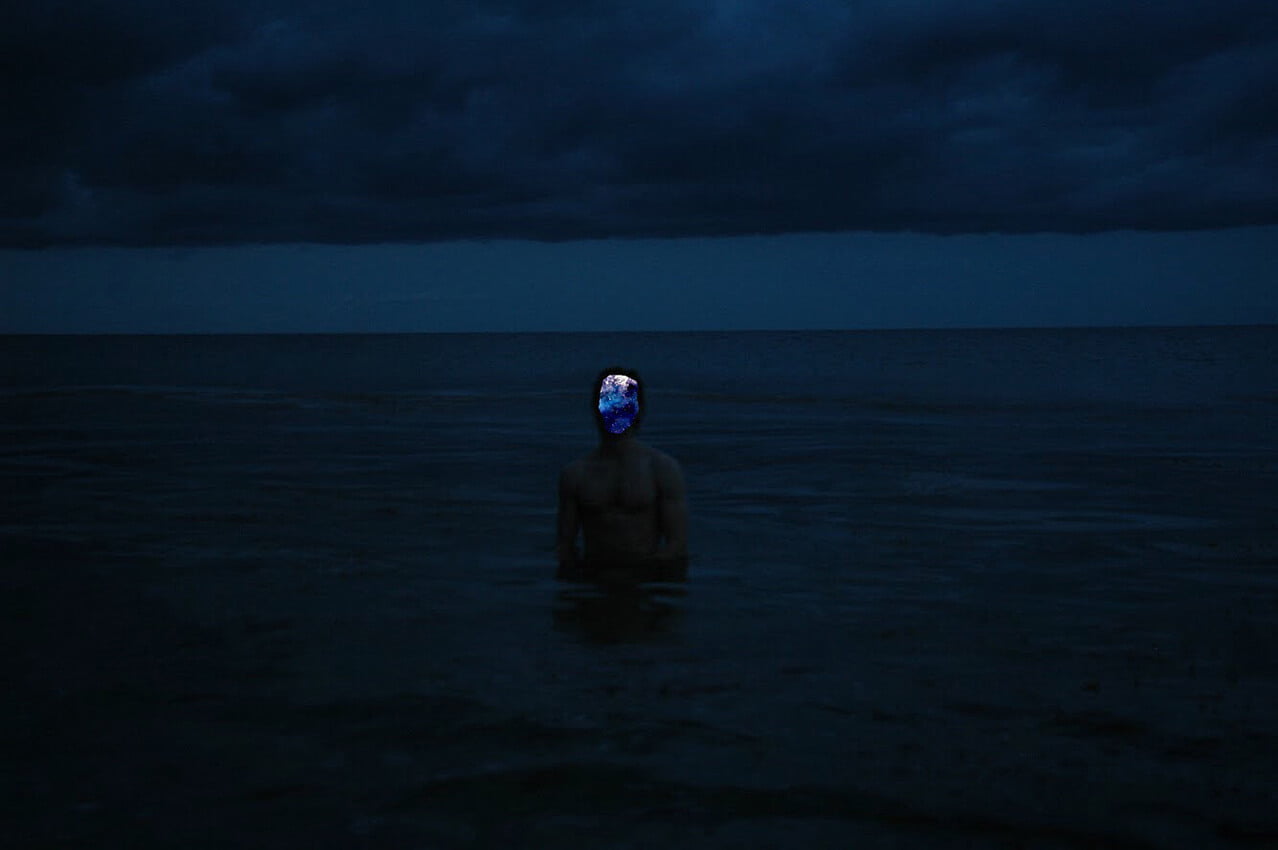 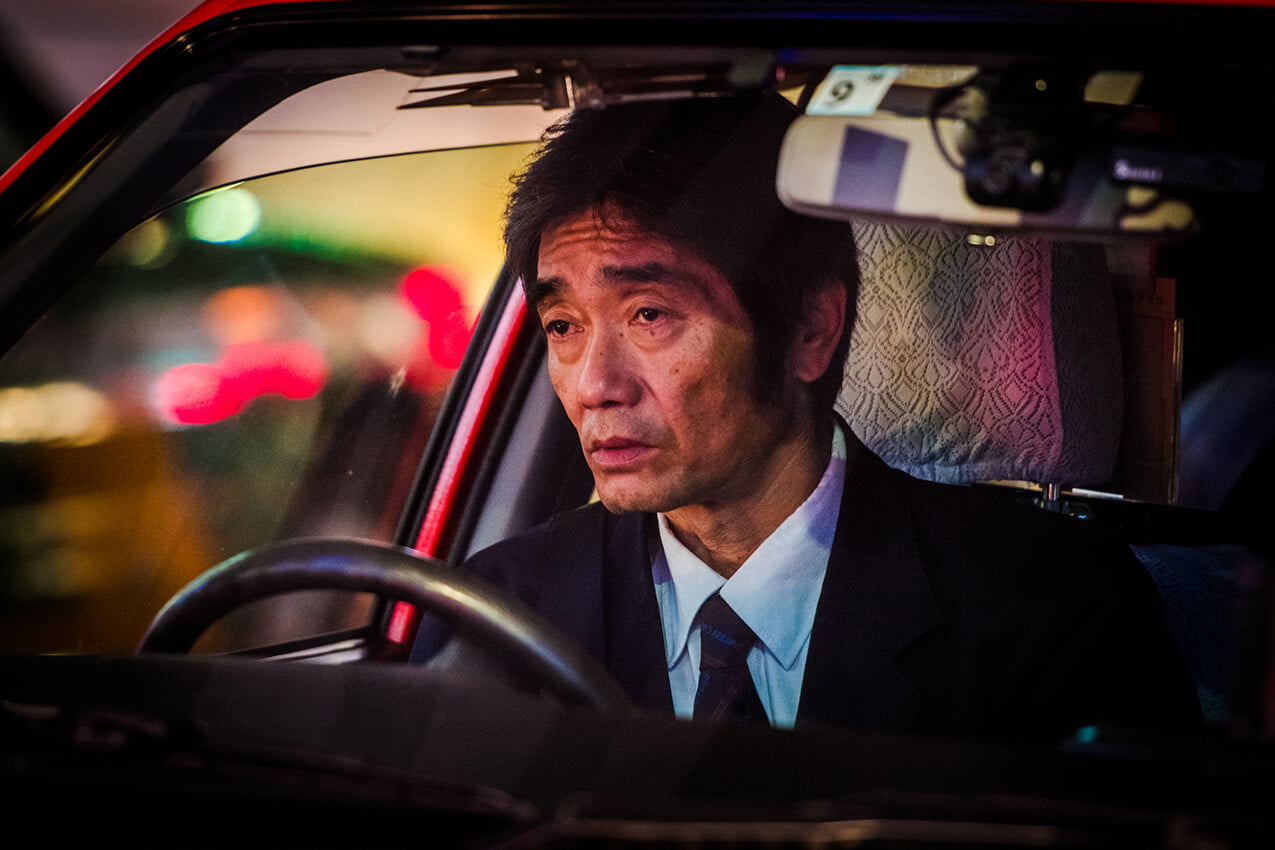 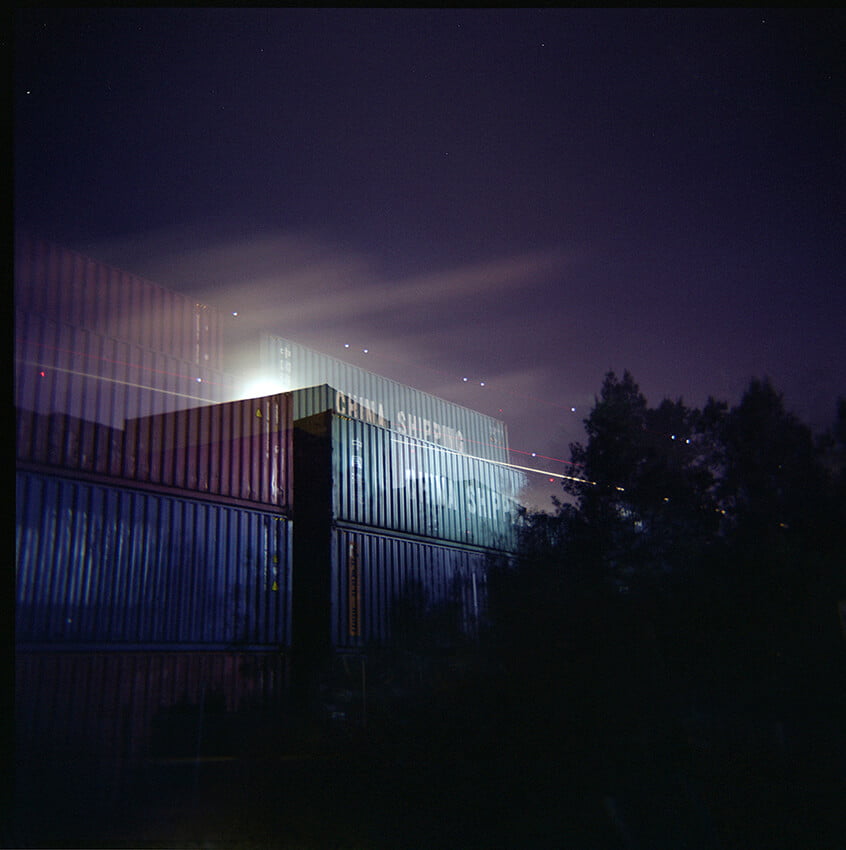 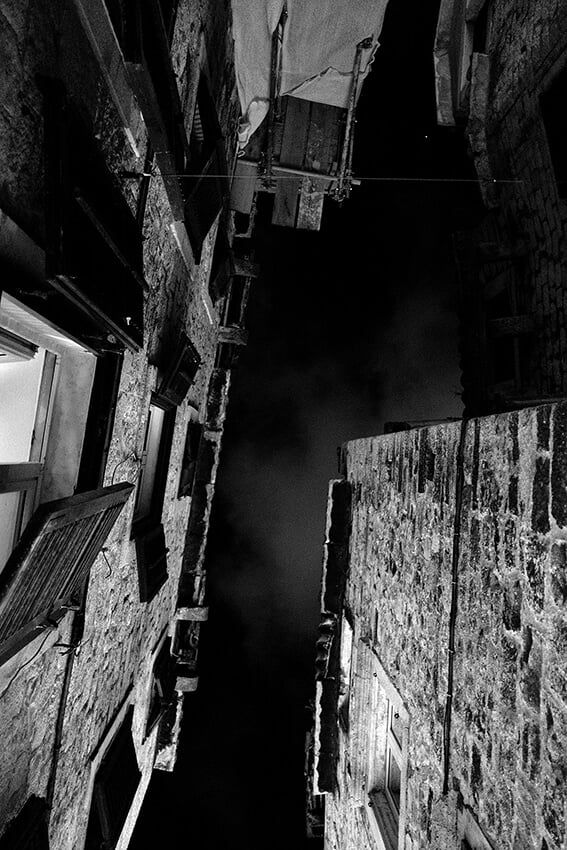 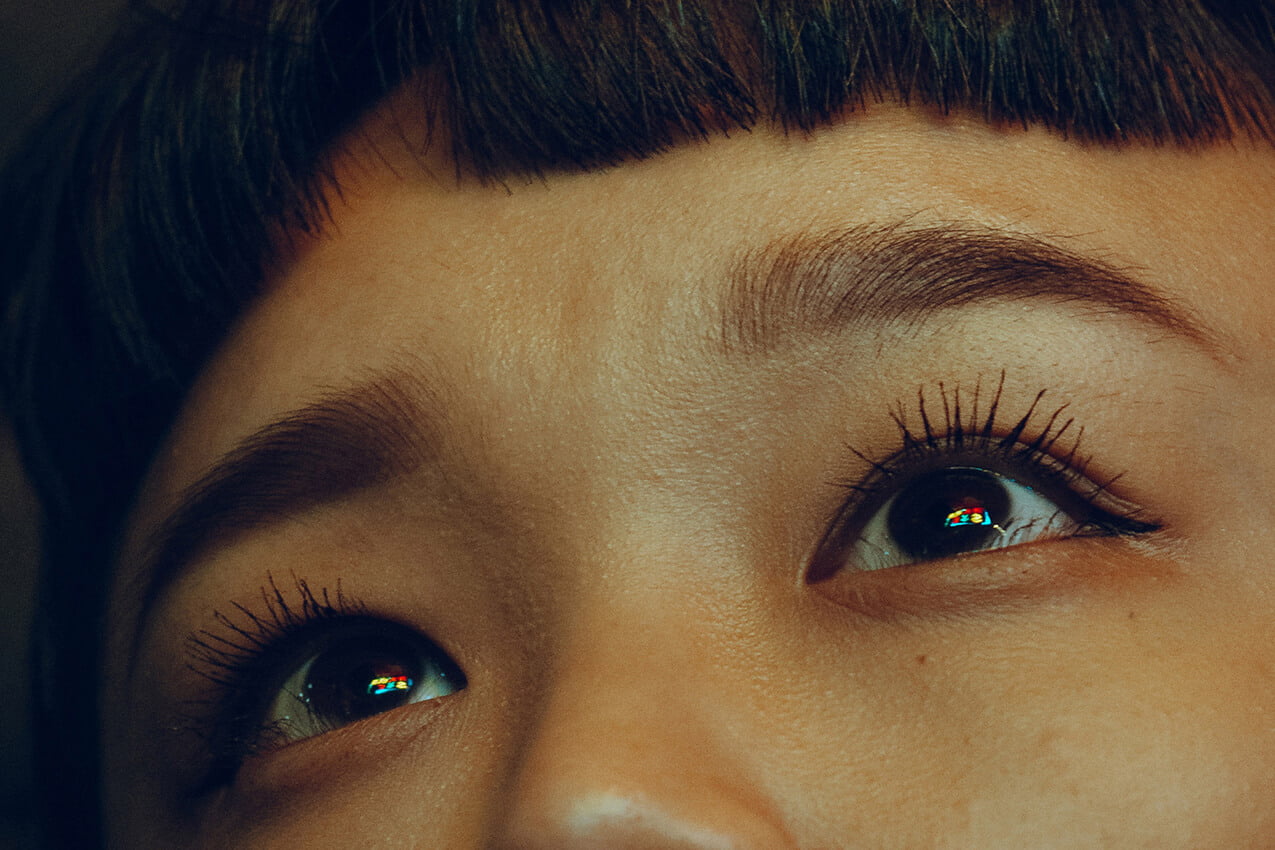 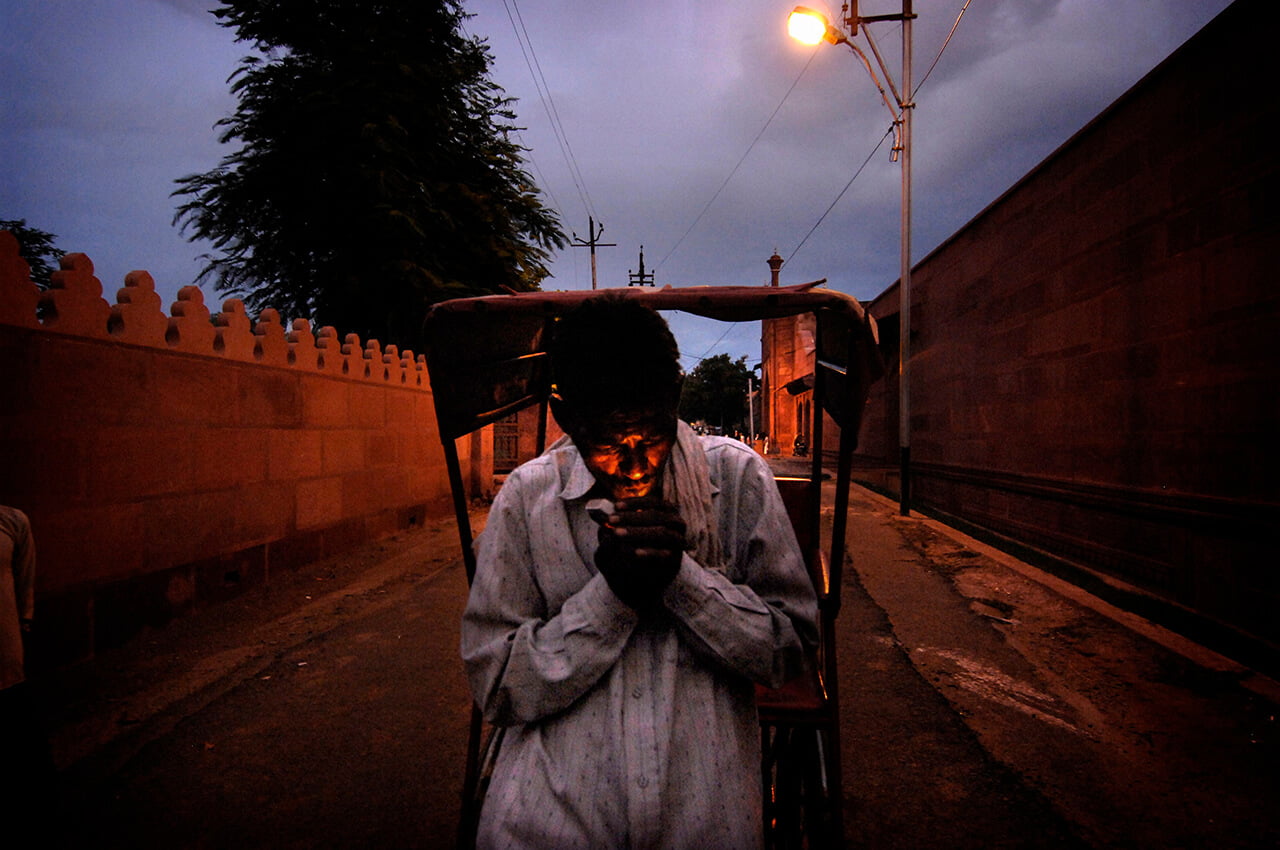 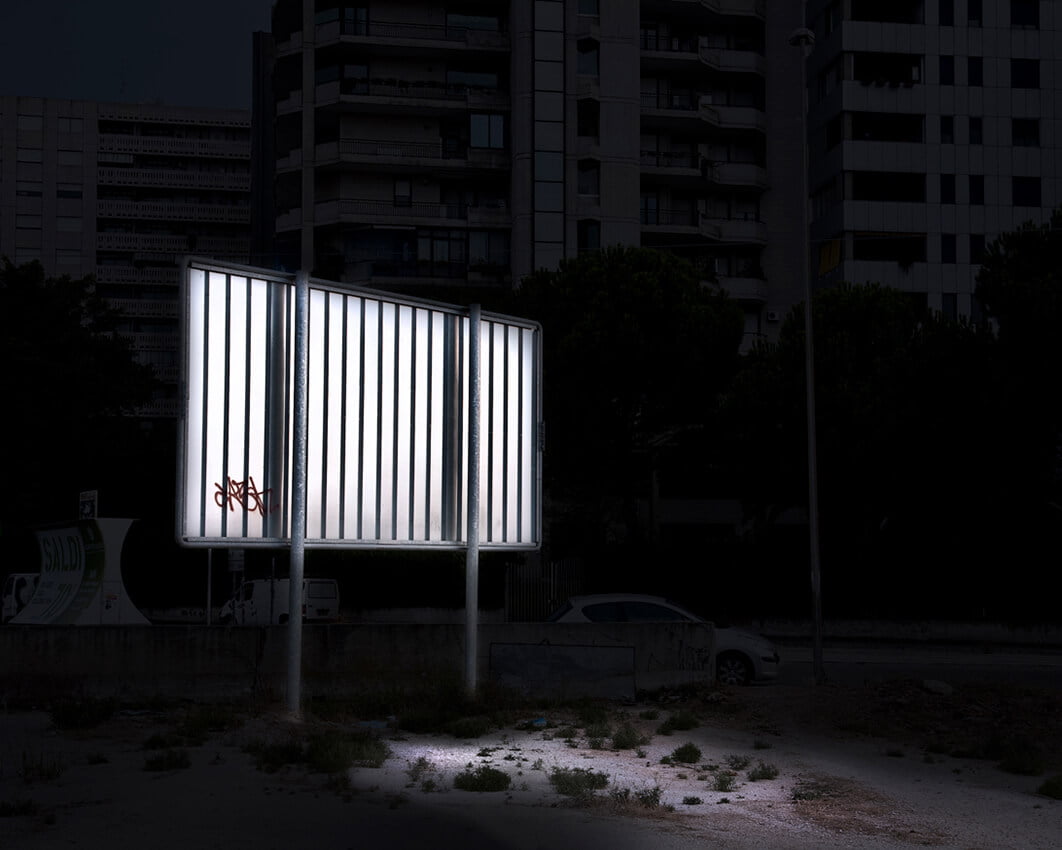 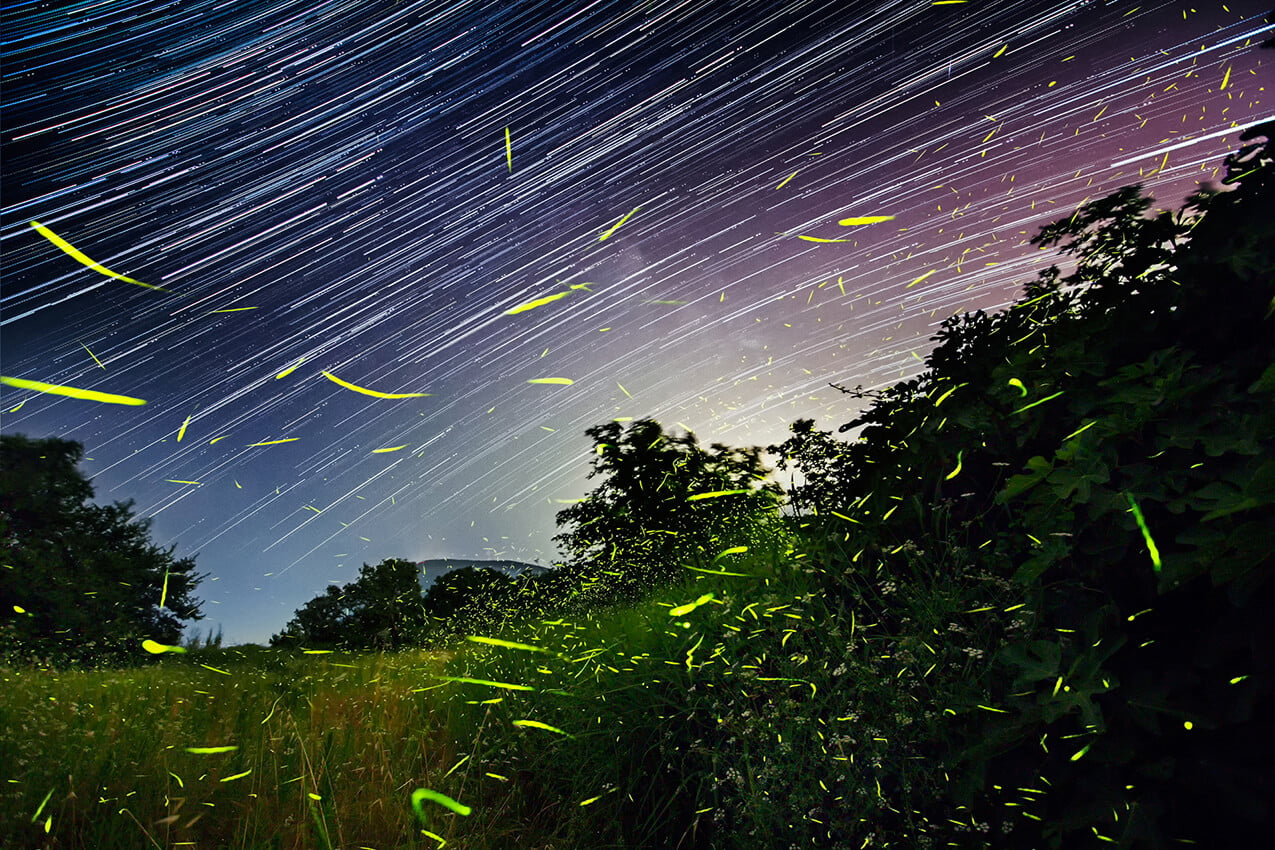 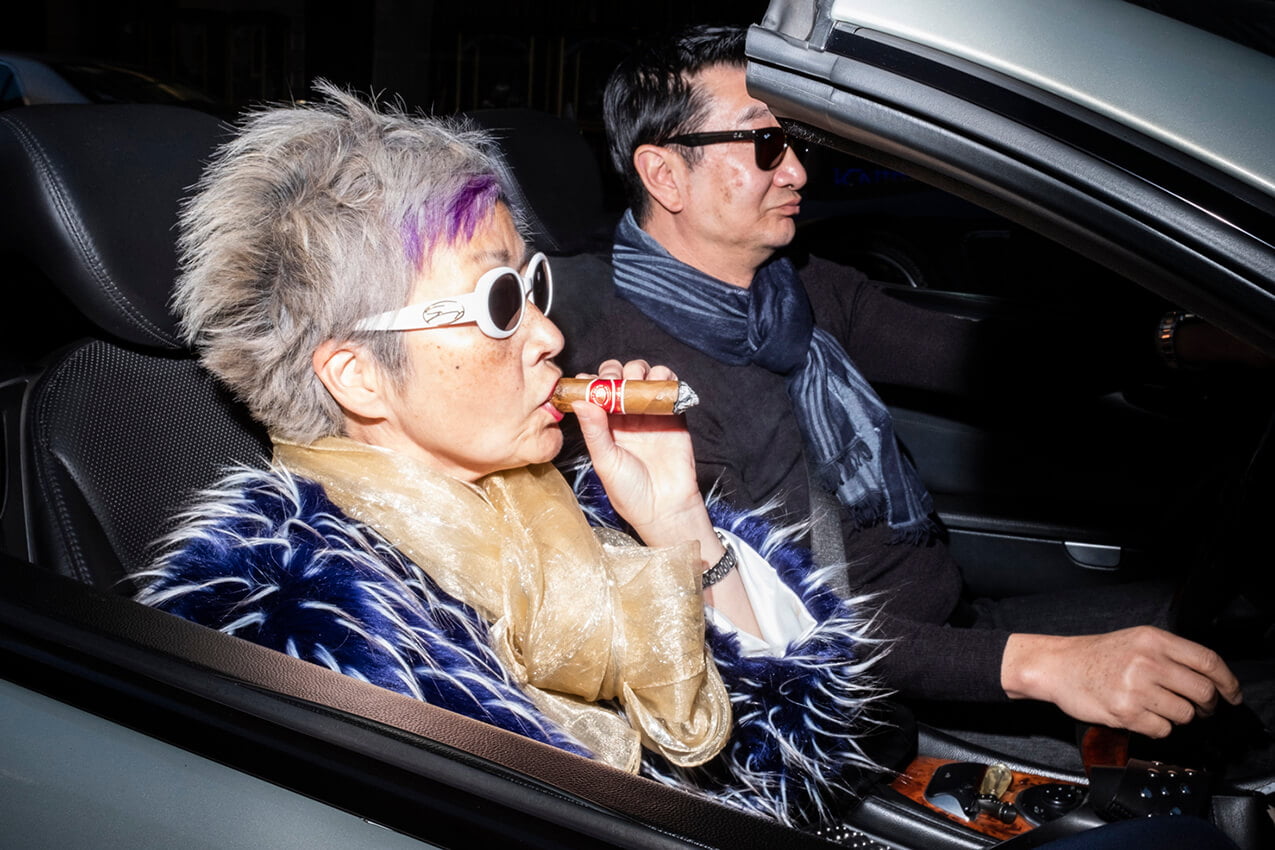 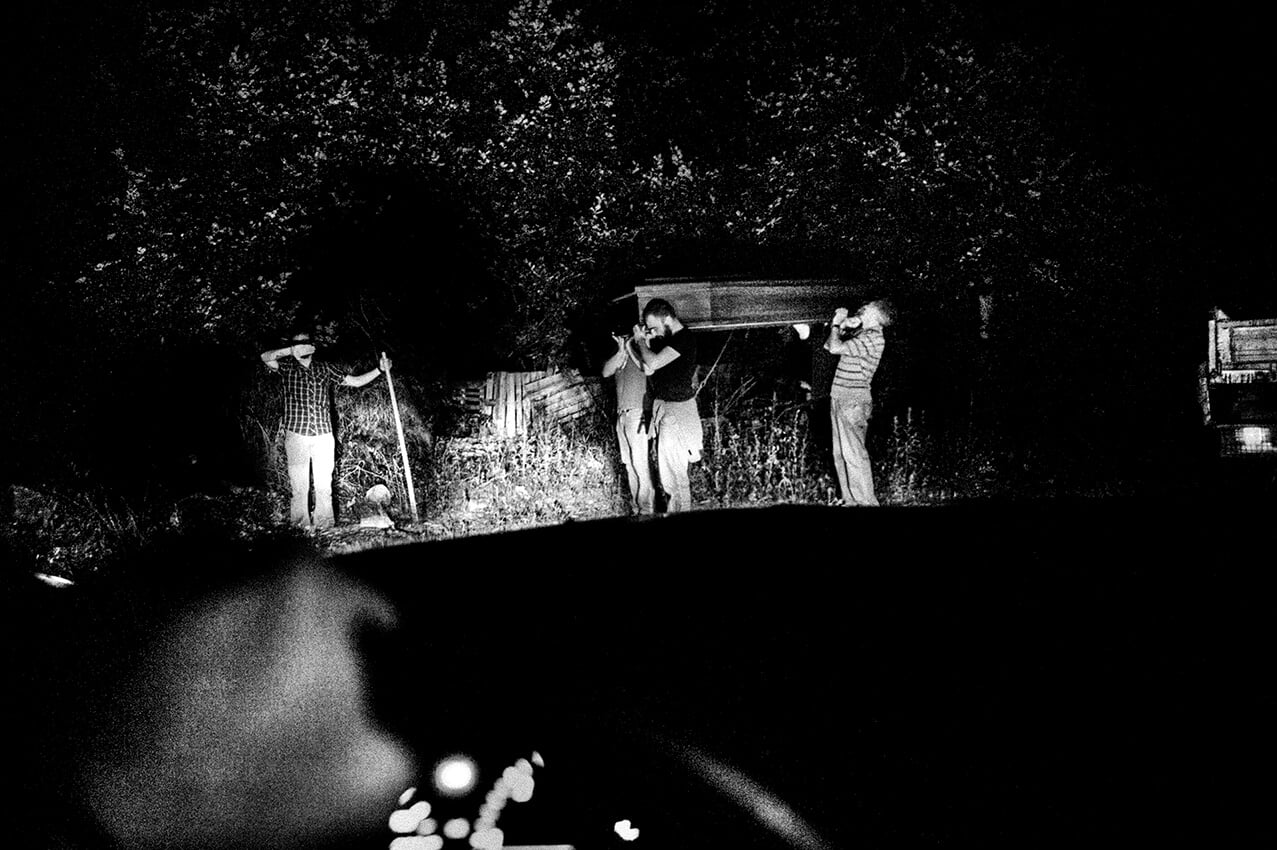 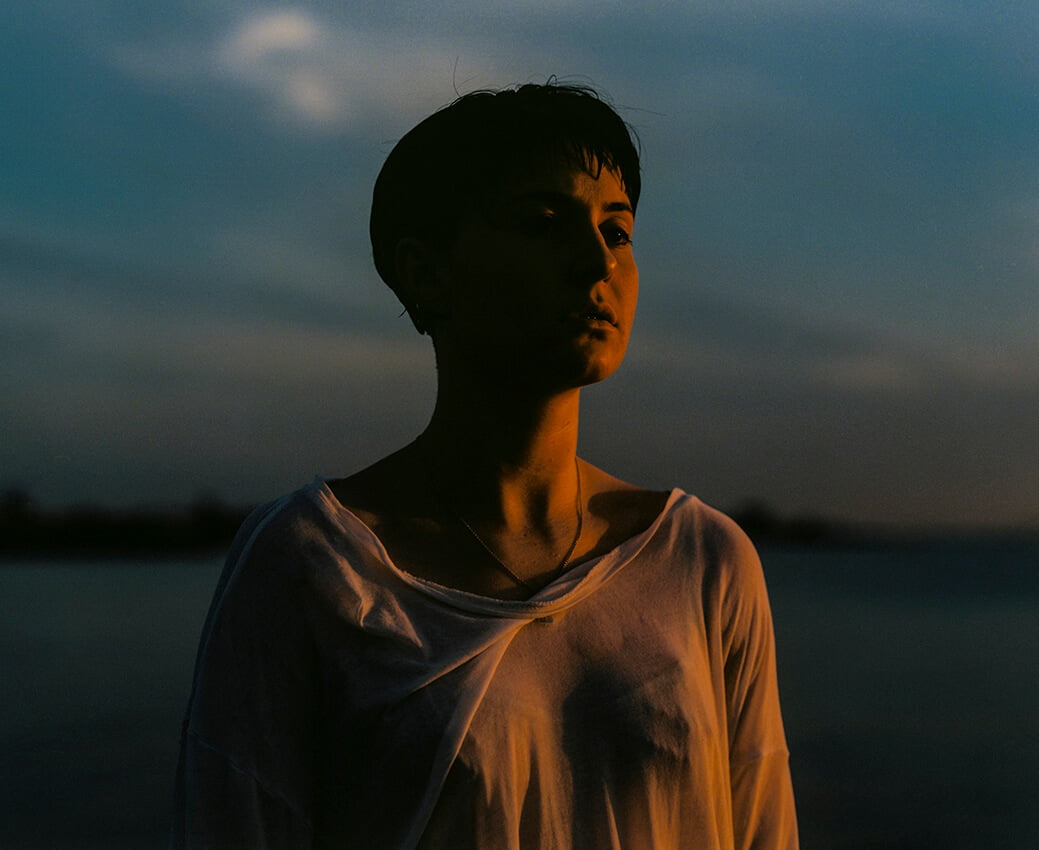 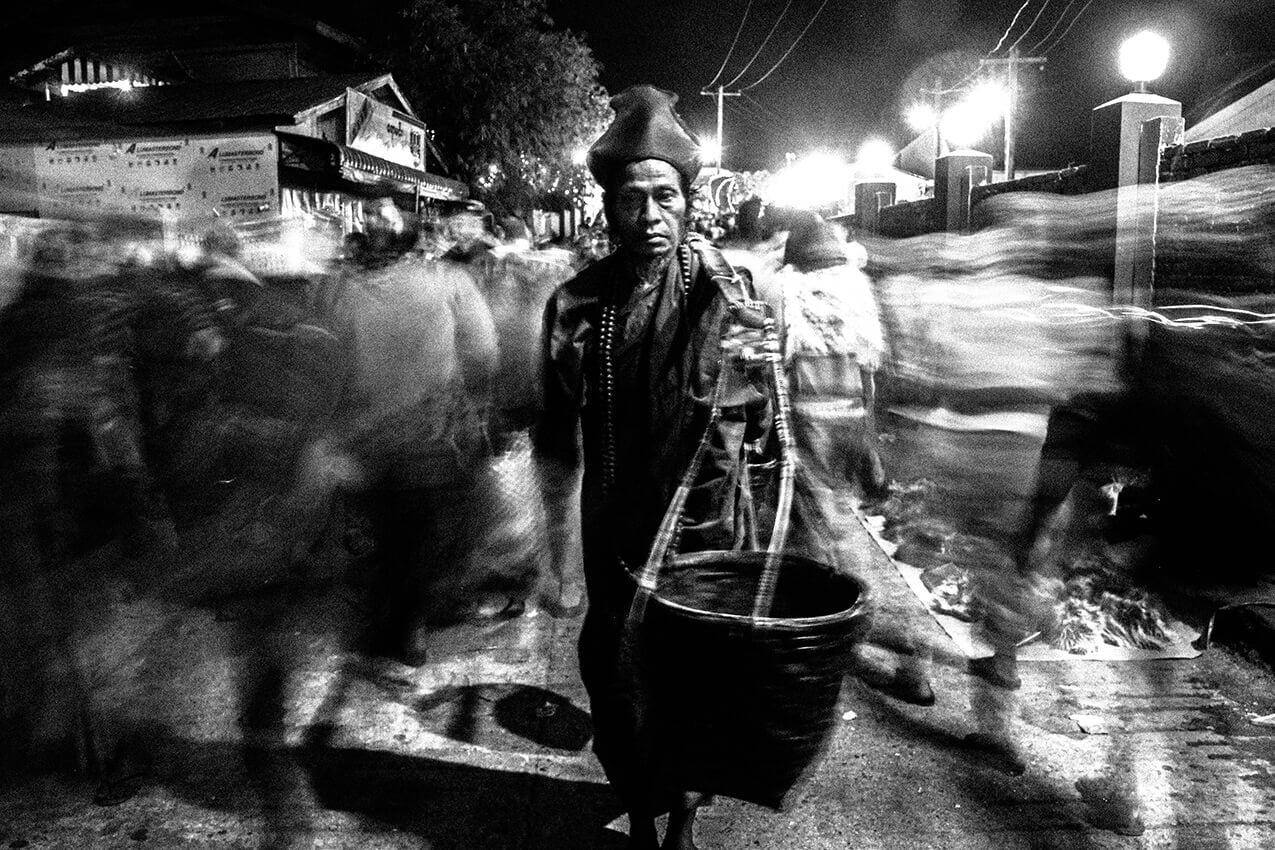 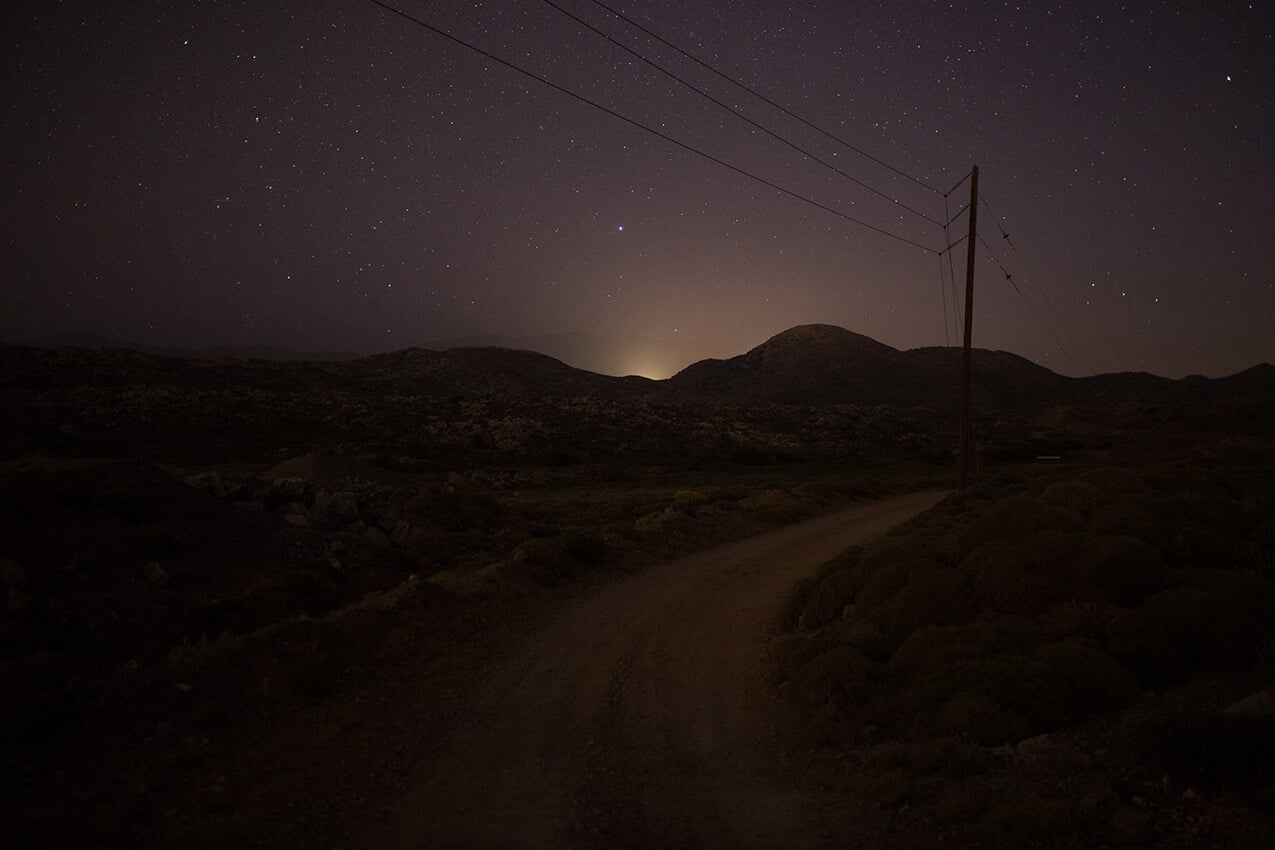 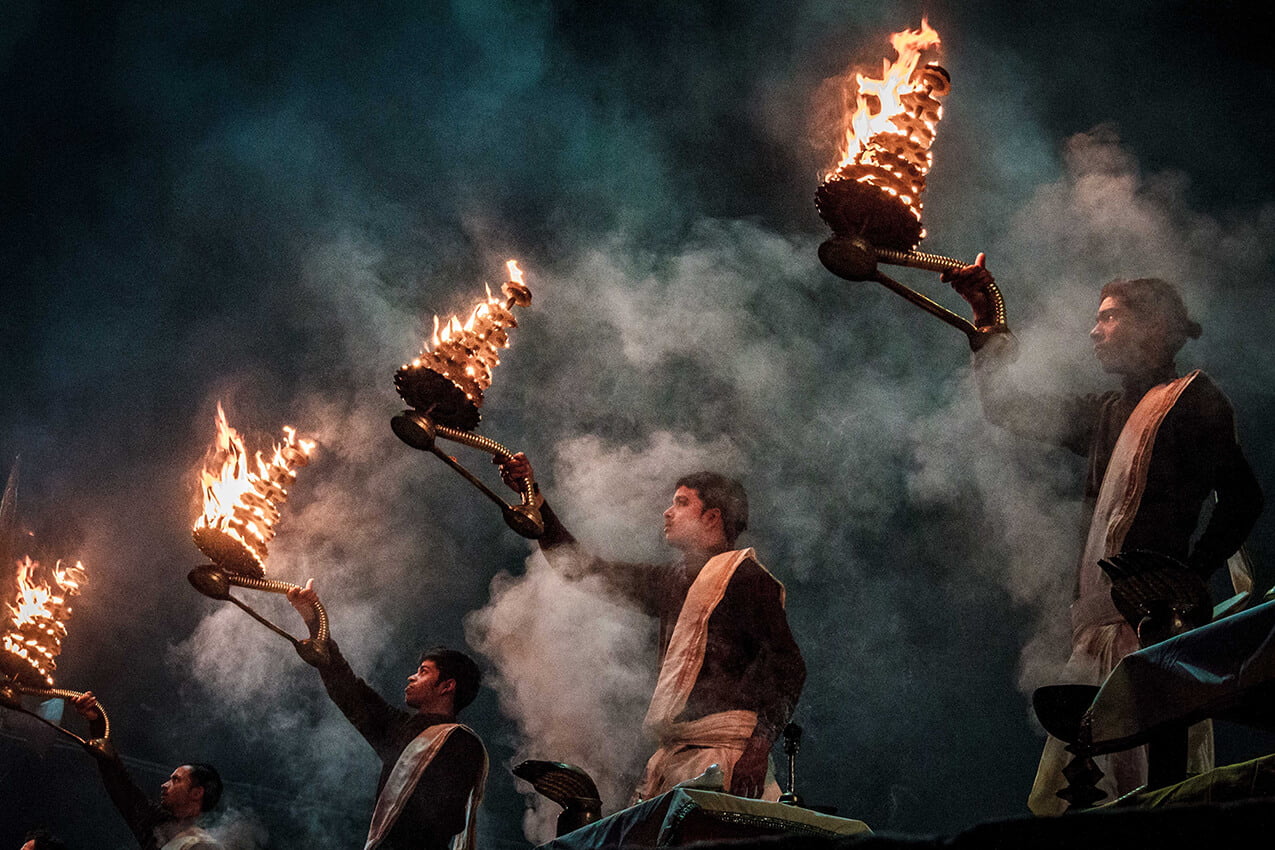 “The narrative constructed with the light works. The portraits are unsettling and uncomfortable for the viewer. It is about the night in which the characters are stricken. It’s a bit Gregory Crewdson like, and I’m keen to explore more from the series.” – Marion Tandé

“It confronts the viewer. It is unsettling. It revisits portraiture.” – Marion Tandé

“Photographed with a slow shutter speed under moonlight, Andre gives this oceanscape an otherworldly presence, the ghostly waves floating silently towards our feet. This softness is contrasted with the sharp horizon line, confidently cutting the frame into two. It’s simultaneously precise and ambiguous, clear and unknowable. Close to the touch and vast beyond comprehension. The sea is often used as a metaphor for a sense of longing, of distance, of the passing of time, and the poise with which Andre captures this scene only acts to heighten those emotions.” – Life Framer

“Ashley’s image is striking in how the frame is cut boldly into two – one side drenched in green, and the other flooded with red. Her subject stares longingly upwards – her features picked out in the neon glow – and as she patiently waits, so do we. It’s seedy and suggestive, like a frame from a film noir – a single moment charged with anticipation for what will happen next.” – Life Framer

“Like the surroundings when a candle flame first flickers into life, this image takes a moment to reveal itself, but when it does it’s simply breath-taking – a precious view into a quietly enthralling moment. These two young boys lit by candle appear to be completely lost in their books – a small world contrasting with the vast, cold expanse visible before them from their raised outlook. It’s simply spellbinding.” – Life Framer

“The theme may be Night Life, but Rob’s image is striking in its lack of visible life. The marks of human presence are there: buildings, factories, flyovers, electrical cables, tire marks, and a burning, iridescent glow from the cities’ light pollution that punctures the night sky (which Rob overexposes to emphasize). But the scene is defined by its emptiness. It’s a wonderful scene from a witching-hour wander.” – Life Framer

“This is an eerie, unsettling scene; the strange glow emanating from the subject’s ‘face’ glimmering like the light at the end of a tunnel. It’s mysterious, atmospheric and just a little bit sinister.” – Life Framer

“Taken from a series documenting taxi drivers of Tokyo, Oleg’s image provides a moment of quiet contemplation, of stillness in the noise and freneticism of this Asia megacity – the weight of his subject’s surroundings palpable in his tired, weathered expression. In contrast to the bright neon lights that flood into his cab, he seems drained and world-weary, frozen still in a place where nothing ever stops. By capturing a sense of intimacy in a vast, faceless city, Oleg delves deep into raw human emotion, and the result is arresting.” – Life Framer

“In Craig’s series East West Spill he explores the industrial fringe that surrounds airports – nowhere-lands in that liminal space between the bustling transport hubs and the urban environments they serve. It’s a compelling subject matter and he counters the bleak, barren settings with a gorgeous analog treatment, embracing the imperfections – light leaks and vignetting – from his medium format Holga and out-of-date film. That contrast between the rigid metalwork of shipping containers and the fluid trails of light is quite wonderful, and Craig has the confidence to leave empty space in the frame to reflect the strange solitude of this location. As light leaks over the frame, so to do the trails of planes as they trace routes across the night sky.” – Life Framer

“Twisting our viewpoint upwards, Aleksandar completely re-imagines this backstreet of the old town of Split, the stone walls channelling our eyes towards an abyss of a night sky. It feels a little claustrophobic in one sense – the imposing buildings in this narrow passage bearing down on us – and yet freeing in another. An unexpected and exhilarating sense of vertigo as we look towards “a gateway to another world” as Aleksandar so poetically puts it. This humble alleyway becomes sublime.” – Life Framer

“Both bold in its tight, close-up framing and subtle in its representation of the subject matter, David presents a wonderful response to the theme. Here the glow of the city is reflected in this child’s eyes; tiny echoes that bring to mind ideas of wonderment, but also of disquiet – of being thrust into a frantic, overwhelmingly sensory, adult-sized world. David describes how his series explores the problems that artificial light sources cause in big cities – insomnia, and disruption of day-night rhythms – and this young child is an apt lens through which to view that theme: such problems are not yet fully understood, the world advancing at a pace too fast for any individual to keep pace with, and it is children like this who will inherit them. It’s a dramatic, arresting capture.” – Life Framer

“Capturing a moment of solitude for this tuk tuk driver, the tunnelled perspective of Alain’s composition draws all focus into the center of the frame, and his subject’s face picked out by the lighter’s flame. It’s simple and striking.” – Life Framer

“The back of this empty billboard shines brightly like a monument to nothingness – it feels stark and dystopian, a sad and lifeless reflection of man’s marks on the natural world, especially when viewed against the small pieces of foliage that cling for life in its glow. As your eyes adjust to the image the brutalist tower blocks in the background reveal themselves, their geometry reflecting the vertical lines of the placard. The graffiti tag adds a focal point, and a small injection of color. It mimics the artist’s signature on a work of art, but here that artwork is as empty as its desolate surroundings.” – Life Framer

“Slow shutter speed images of passing stars can often seem a little trite, but here Ionut combines his night sky with sparks of foreground light, injecting the scene with a dynamic energy. He captures motion both fast and slow, an ephemerality as well as a permanence, and it feels electrifying.” – Life Framer

“This is a fascinating candid character study. Dan paints his subjects in a raw flashbulb light – it’s not flattering but it gives the image an urgency, a dynamism as they roll past. There are interesting dynamics at play – wearing sunglasses at night they seem both distant from the viewer and each other. And dressed in furs and silk the lady strikes a dominant pose with her cigar in hand. The scene feels visceral and exciting – you want to jump into the back seat and see where the adventure takes you.” – Life Framer

“Viewed from behind the wheel of a car whose headlights illuminate this funerial scene, Simone’s image seems delightfully voyeuristic and impulsive. There’s a sort of magic realism in encountering such a scene – those improbable sights that a wondering mind might imagine while navigating a dark country lane, but that never materialize. It’s creatively conceived and wonderfully raw – the technical execution echoing the spontaneity of the moment.” – Life Framer

“A gorgeous, understated portrait, Tim capturing his subject in soft dusk light – that fragile time where the light of day creeps in against the dark. His subject seems absent, desolate even, and yet the orange glow of the sun draped across her adds something comforting. A gentle tension between hope and hopelessness. It’s a tender, and quiet portrait – Tim able to create something poignant from normalcy, of some lingering “on the cusp and at the aftermath” as he gracefully puts it in his accompanying statement.” – Life Framer

“This is a wonderful image – this captivating man suspended in a river of motion, weathering the storm against a barrage of passers-by. Carmelo skilfully freezes the moment in difficult photographic conditions, and his choice of black and white intensifies the scene. A brief moment of pause, before the world continues to march by in a blur.” – Life Framer

“Emanating from behind the hills like the first moments of a sunrise, the urban light pollution rises into the night sky competing with the glow of the stars. Grigoris captures both wonderfully in a quiet allegory on man’s relationship with nature and the space for reflection afforded from escaping the city.” – Life Framer

“A beautiful capture of a ceremonial scene, with a strong diagonal composition emphasising the pillars of flames against a muted color palette of soft smoke.” – Life Framer