Culture of the Confrontation

Maxim Dondyuk‘s work with shortlisted for our ‘Street Life’ theme – his powerful image of public unrest in Ukraine capturing beauty in chaos, the art in a political revolution. We now feature the series from which that image was taken; ‘Culture of the Confrontation’.

Culture of the Confrontation

From the very beginning Euromaidan turned into a real performance – a battle of opposites. Good and evil, light and shadow, thick black smoke and the whiteness of the February snow. On the revolutionary canvas, bloody scenes interwove with incredibly beautiful environments. I lost the line between reality and fiction. I forgot the place, time and the cause of what was happening. In one moment the battle scenes reminded me terrible of the previous wars, legends, fairy tails. In another the frosty, fiery battle turned Maidan Nezalezhnosty into a phantasmagoric place.

The title ‘Culture of the Confrontation’ shouldn’t be taken too literally. Everything that happened in Ukraine, beginning with Euromaidan, is a confrontation of two different cultures. Those nostalgic about the former Soviet Union, and another that looks only forward and believes in a happy future for the country. By ‘culture’ I mean world view, style of life, people’s thoughts, religion. At Maidan it wasn’t two different generations at battle, it was two cultural layers living on one territory. This confrontation is eternal. It started a long time ago and will continue again and again. It doesn’t matter where. 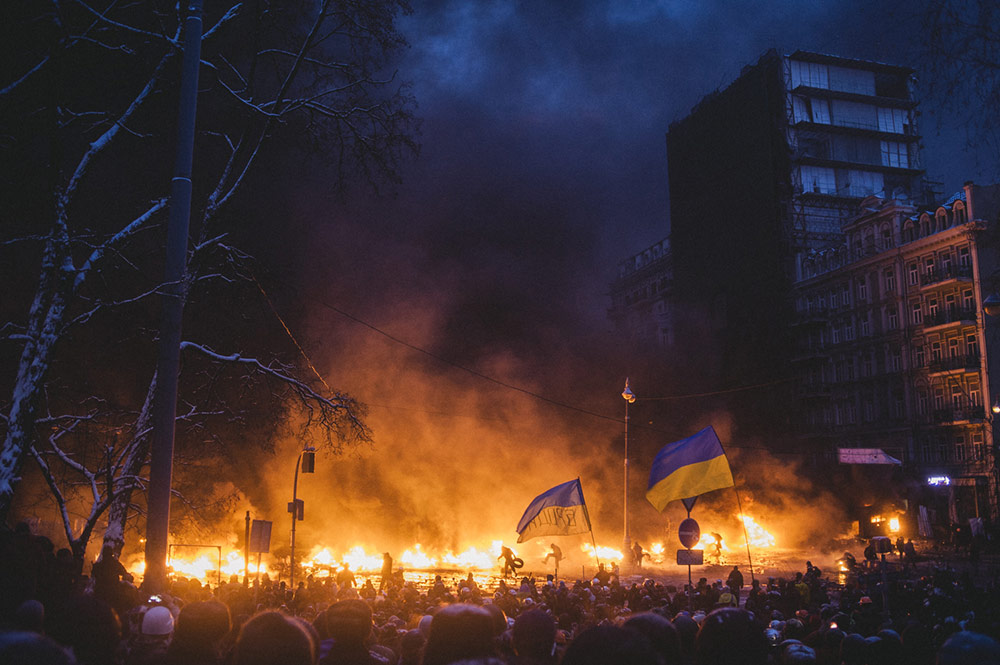 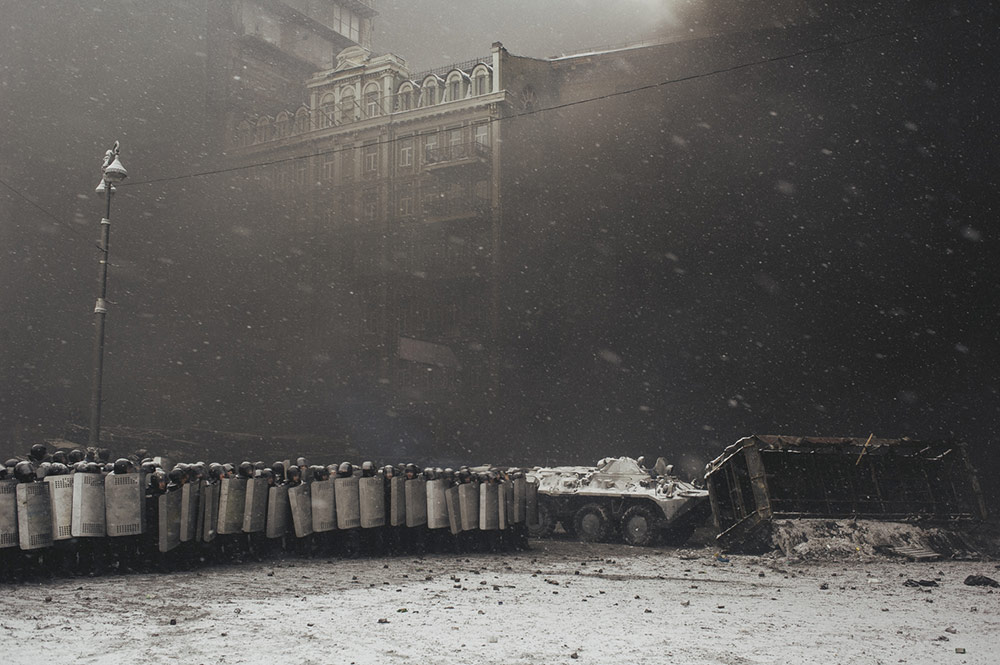 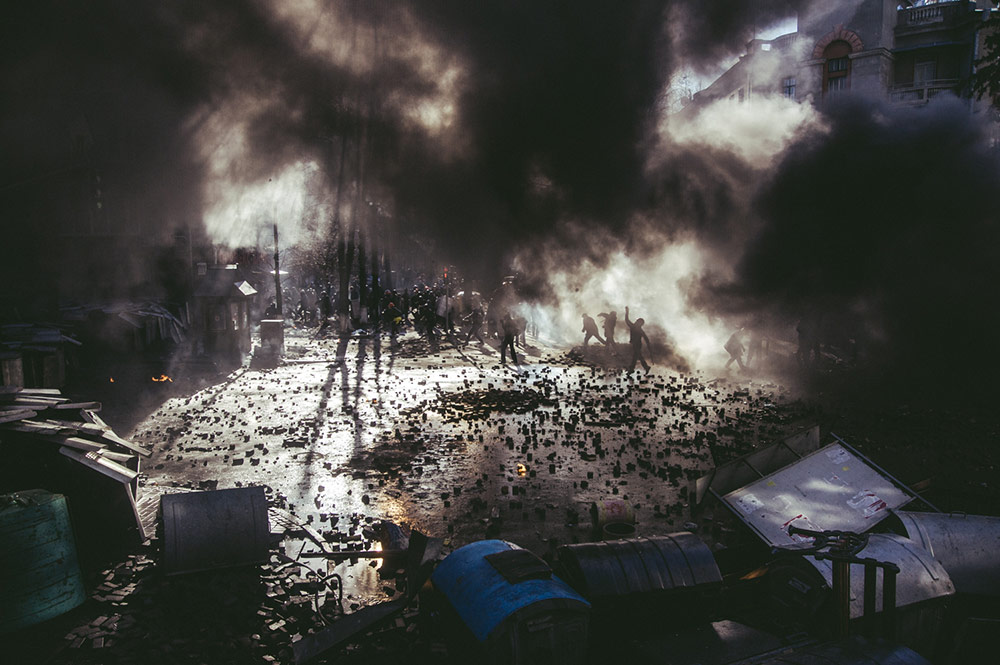 You describe the scenes in your series ‘Culture of the Confrontation’ as “the most beautiful revolution”, and it’s true that the interplay of light, smoke and fire against the architecture of Kiev is spectacular. Was it a conscious decision to capture this beauty, alongside the destruction?

I did not have any desire or decision, I just photographed what I saw. My consciousness perceived the events in such a manner. I tried to show the scale of all that was happening, and in the process the line between reality and fiction sometimes became blurred. I would forget the place, time and the cause of what was happening, and felt myself transported to some phantasmagoric place that resembled the awful battles of past wars. In that sense, what happened on Maidan became a symbol to me of opposites colliding, and in the process, the details of the city I knew so well, of carefree Kyiv, melted away.

On your website, you describe your approach to this project – how you aimed to fill your work