An interview with Markku Lahdesmaki

“My love of photography inspires a constant stream of personal work that is largely inspired by the values I hold dear — joy of life, peace of mind and a sense of humor”.

Cuba, and Havana in particular, is undoubtedly one of the world’s most photogenic places. It’s a must-visit place for cultural and visual aestheticists – particularly as the relaxation of US embargos threaten to modernize and homogenize a world that has been seemingly frozen in time since the 1950s, for good or bad.

Markku Lahdesmaki’s images caught our attention for the way in which he captures the beautiful American muscle cars Cuba is known for, across stunning compositions that celebrate the country’s people and architecture as much as its vehicles. Each has an elegant sheen to it, worthy of the polished cars themselves, and a sort of magic realism – each frame its own mini ‘world’ full of tiny details to absorb.

We put some questions to Markku to find out more…

Hi Markku, can you start by telling us a few words about yourself?

I was born in Finland. My interest in photography started when I was about 8 years old and when my uncle gave me my first camera. By 21 I had a studio in my then hometown Tampere, Finland and soon after me and my wife/creative partner Anne moved to London, UK. A career as a commercial photographer became the new reality and that would eventually, after 6 years back in Finland, lead us to Los Angeles. My photography ranges from pure painterly to complex technical composites. I enjoy working and traveling for both American and European clients and my love of photography also inspires a constant stream of personal work that is largely inspired by the values I hold dear — joy of life, peace of mind and a sense of humor. My personal projects and commissions from advertising agencies have been recognized internationally and placed in numerous awards competitions: Clio, Epica, Cannes Lions, AOP Awards, New York Festival, CA, APA and PX3. With a nod to my home country, The Grafia Platinum Award was given to me for my influence on Finnish Advertising.

It was your series Havana Taxi Company that caught our eye – and that of our World Travelers judge Steve McCurry too. Can you tell us a bit about the series?

My Taxi projects started few years ago when I was on an assignment in Mumbai, India and I had couple of days just to wonder around the city. The little taxis (Fiat Padminis) caught my eye. I ended up traveling the city’s endless roads hopping from one taxi to another and capturing the Padmini taxis and their drivers against the city as a backdrop. It took me and Anne a few years to figure out where next. But then we learned about Havana’s taxis, which are mostly American cars from the 1950s.

Tell us a bit more about that…

The second series happened summer 2016, when it became easier to travel to Cuba from US. We’d been wanting to go to Cuba for a long time. It’s a place that has always been visually unique with its rich textures, its interesting people, the most beautiful architecture and of course, its uncommon fleet of taxis. With Cuba moving to a new era, that is going to change quickly, I knew we had to go now if we wanted capture it in its real form. 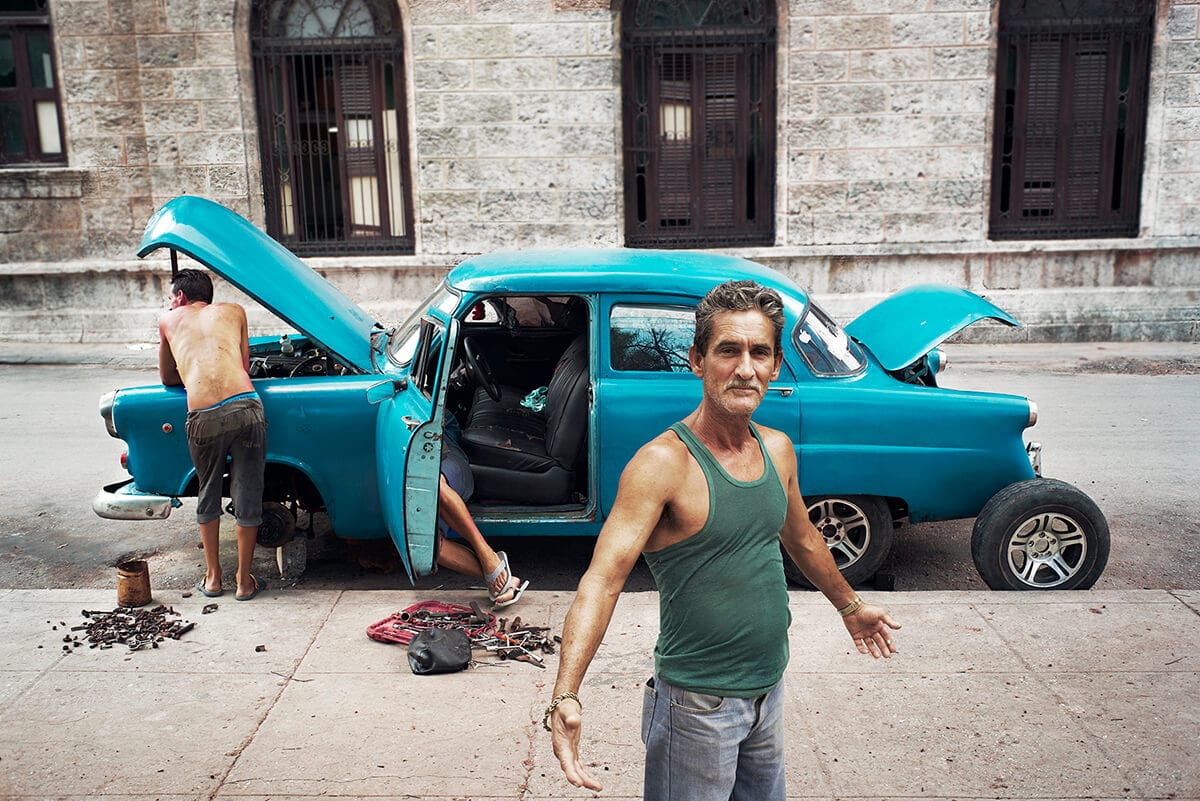 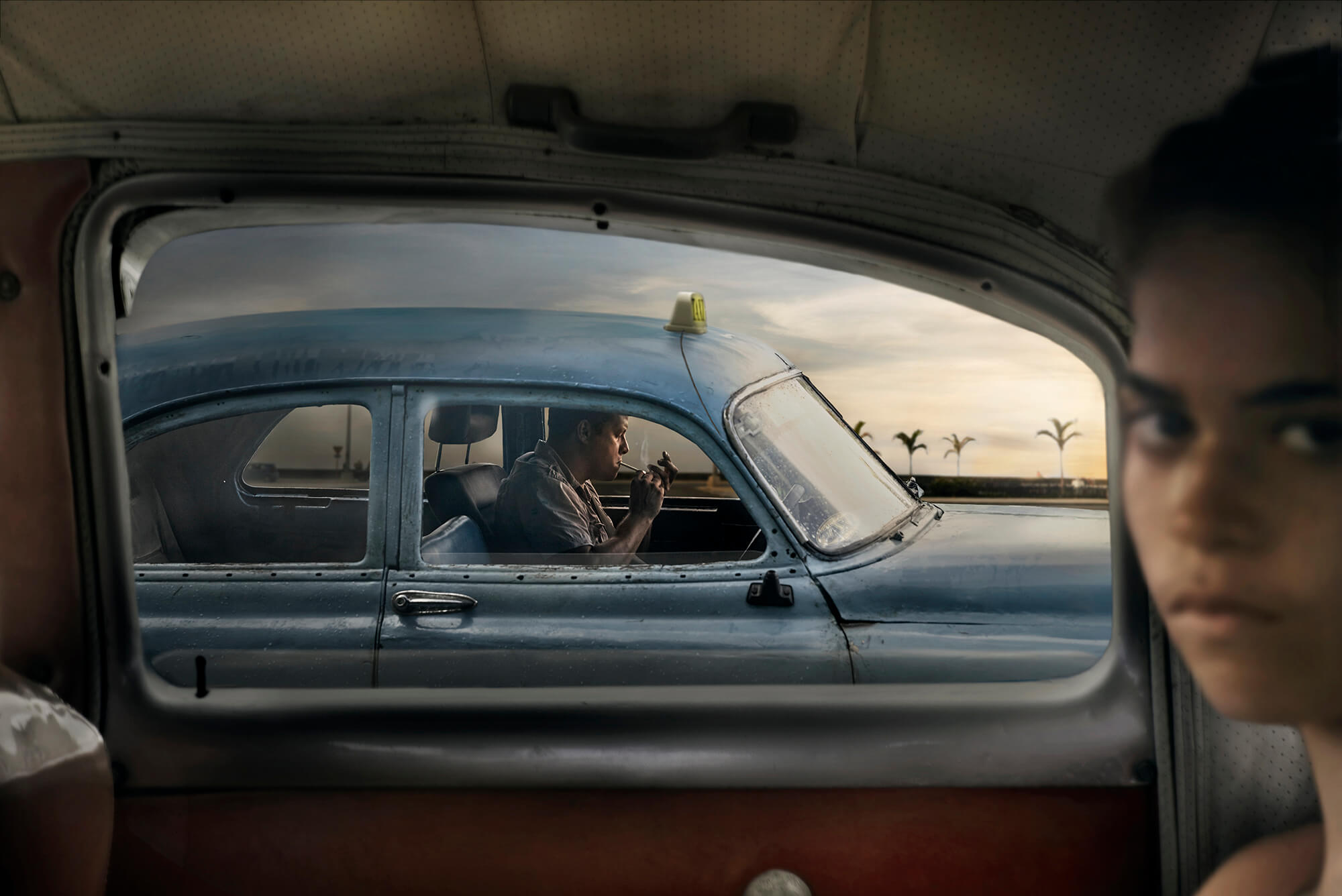 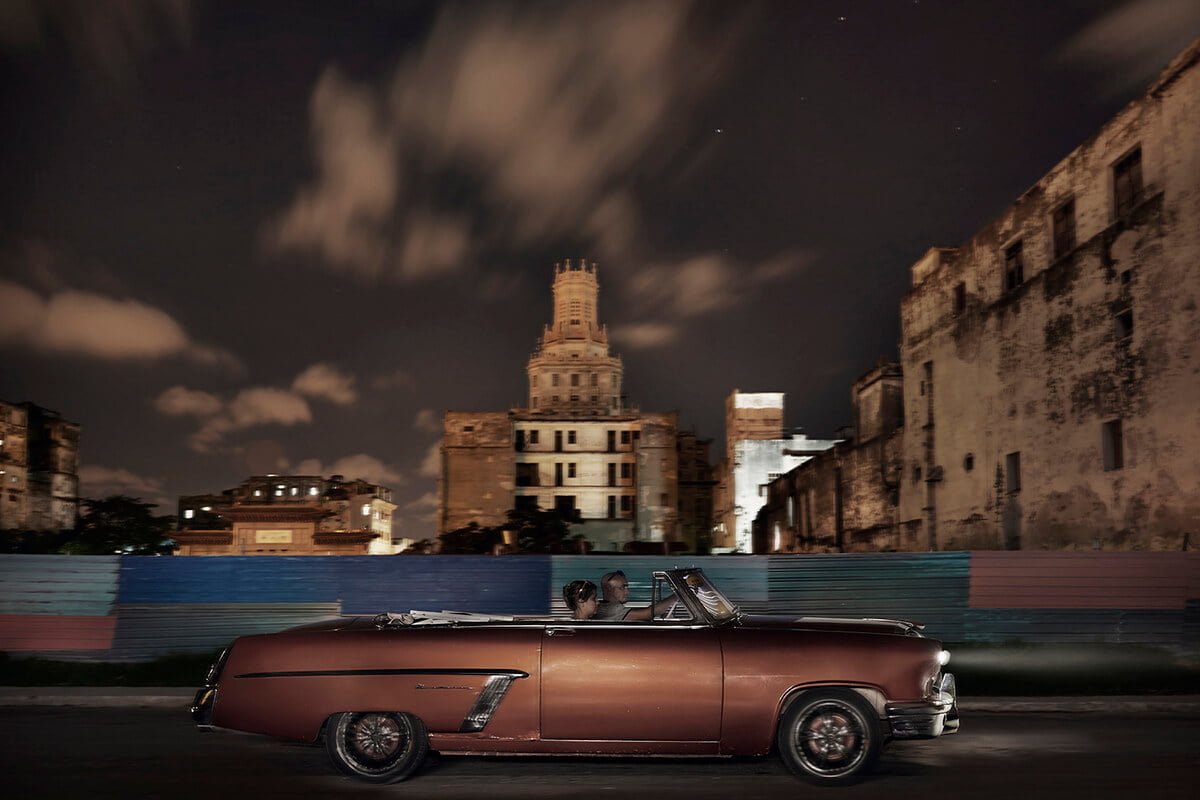