Immersion in the Moment

An interview with Marcel Beloqui Evardone

“Immersing yourself in a moment and being there as an observer, without interfering and letting everything be shown to you, is pure pleasure…”

Marcel Beloqui Evardone won our Youthhood competition with a poignant image of Ukrainian children playing in front of a bomb-damaged building, which judge Holly Andres praised for the “layering of two disparate elements within a single frame [forcing] the viewer to contend with the dissonance and conflicting emotions it conjures: joy/fear, growth/destruction, hope/despair, life/death”. Keen to know more about the image, the circumstances behind it, and more about Marcel and his work in general, we put some questions to him…

Dear Marcel, congratulations on winning our Youthhood competition. What did you make of judge Holly Andres’ comments?

I am of course happy about the comment of such a great and experienced photographer. The realization that the viewer is forced to deal with the contrasts is quite apt.

Can you tell us a little more about the image itself, and the circumstances behind it? What took you to Ukraine, and is it from a larger series of work?

The picture was taken on April 30, 2022. In the course of working on a photo reportage and a film, I visited Borodyanka. I stood in front of the destroyed residential complex and had to pause. The devastation caused by the Russian invasion is hard to put into words when you see a building like this. The playground, which is in the immediate vicinity, was being used by some children. When you see so much fear, horror, destruction and misery, as is currently the case in parts of Ukraine, the contrast to a busy playground is of course all the greater. Since I was making a film about children during the war, I wanted to talk to you children. After I asked all my questions and shot some sectional images, I wanted to capture the situation for the photo reportage. Among other things, this photo was taken. I went to Ukraine to show the truth. I documented this with a photo reportage and a film.

Do you have another favorite shot you’ve taken while out there? Why that one?

I definitely still have a few favourites, the way of thinking and the behavior of the children inspired me, motivated me and repeatedly showed me new paths, which I have recorded. 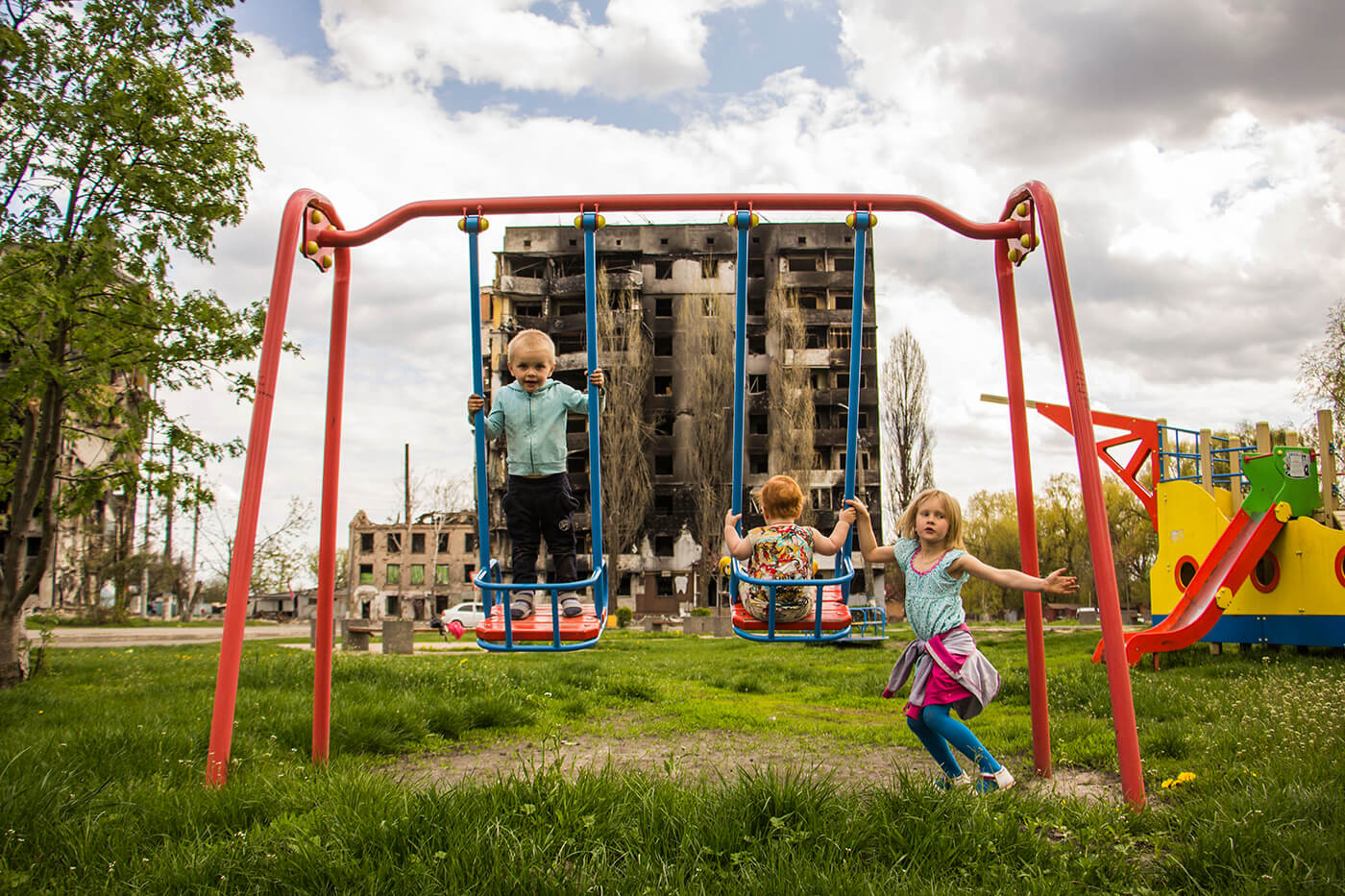 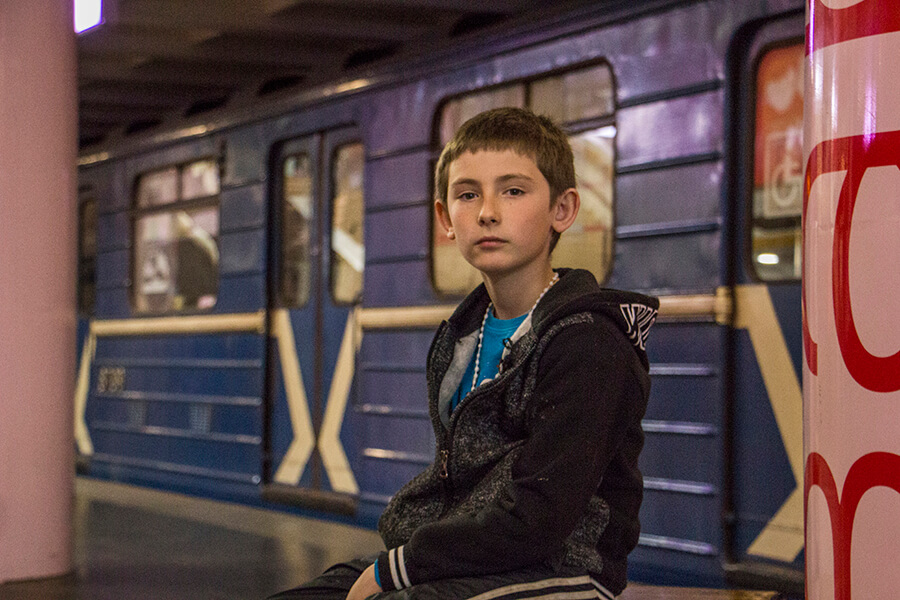 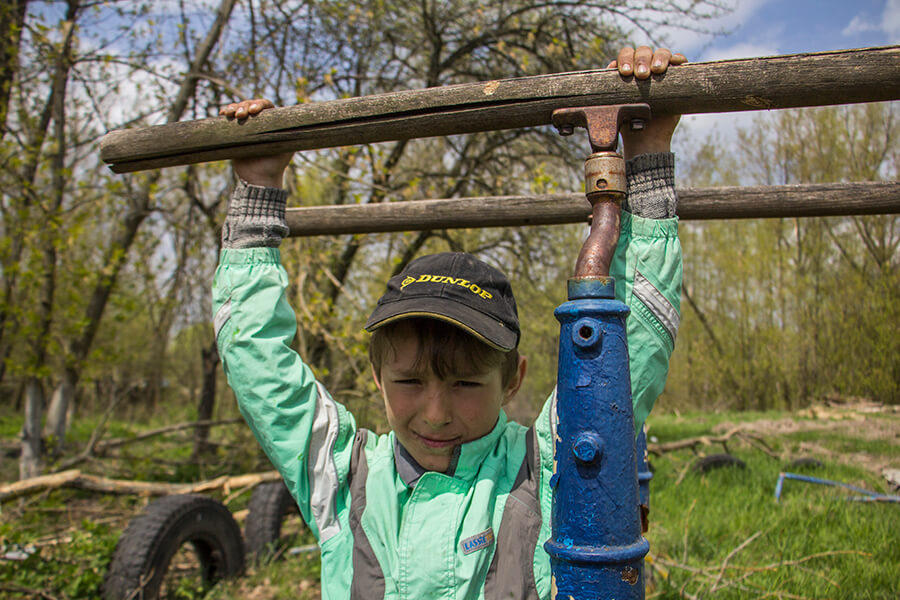