An interview with Kristof Vadino

“Being in other cultures allows me to question my own culture and myself. I hate tourism where one only takes what one wants. Travel is different. It is about encountering, questioning, and sometimes finding.”

Kristof Vadino won our November 2019 theme – STREET LIFE – with an incredible documentary image that captures so much with an effortless finesse. It’s the sort of scene where the viewer can get lost exploring its layers, but it’s also not without an important socio-economic and environmental story – something we found out when we asked Kristof about the image, its broader context, and his working practice as a reportage and documentary photographer… 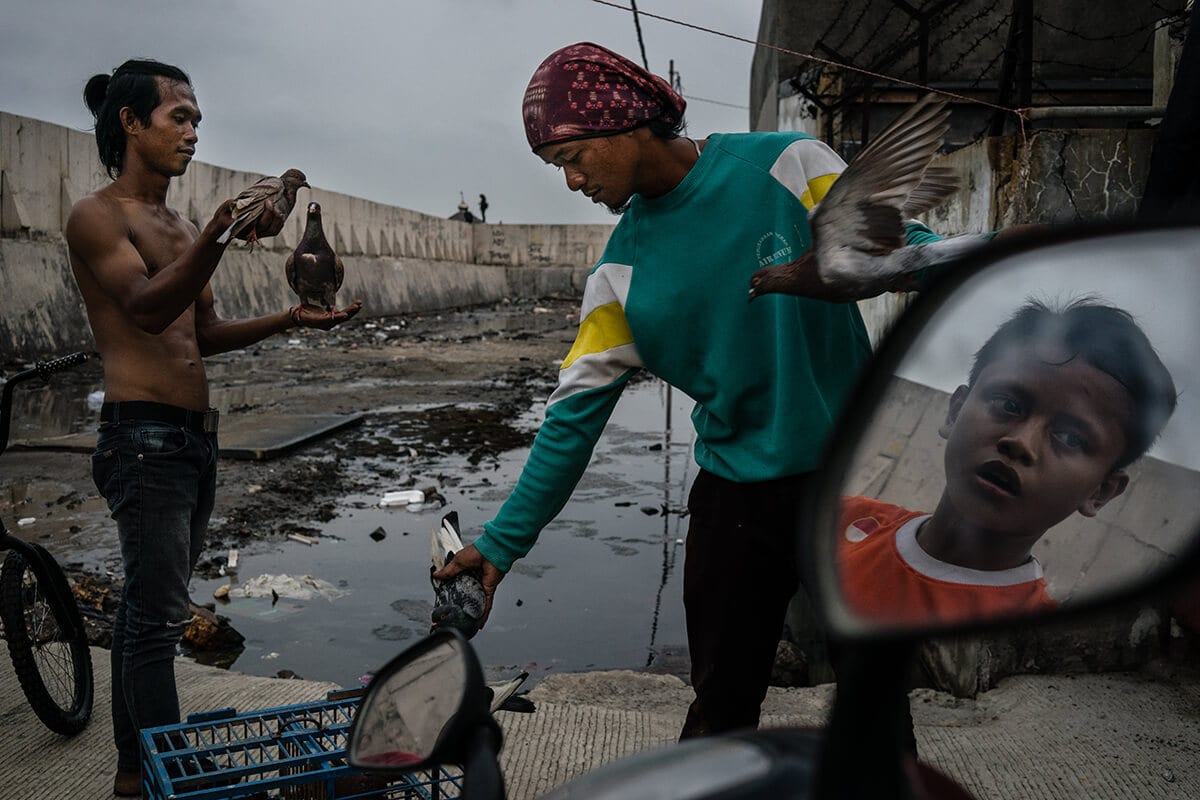 “Kristof finds beauty in dynamic disorder through a masterclass in framing. Each element is perfectly composed – from the central figure whose outstretched arm provides an anchor to the frame, to the man on the left interacting gracefully with the birds, the silhouetted figure on the distant wall, and the frame-within-a-frame of the young boy reflected in the motorcycle wing mirror. There’s a huge amount to absorb but it’s presented with a compositional clarity that makes it a joy to explore. Technicality alone is of limited interest however, and here Kristof combines it with a strong narrative. Like the young boy watching on, we absorb this wasteland ritual, fascinated by what’s going on.” – Life Framer 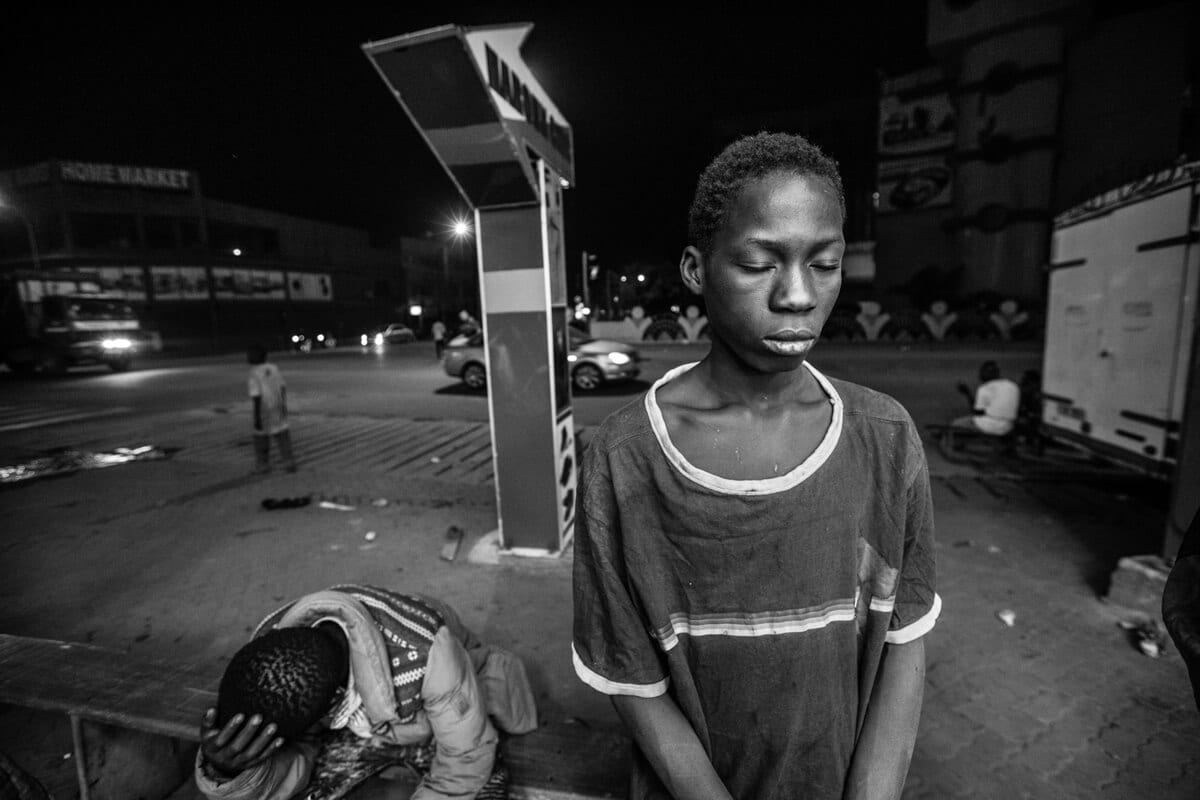 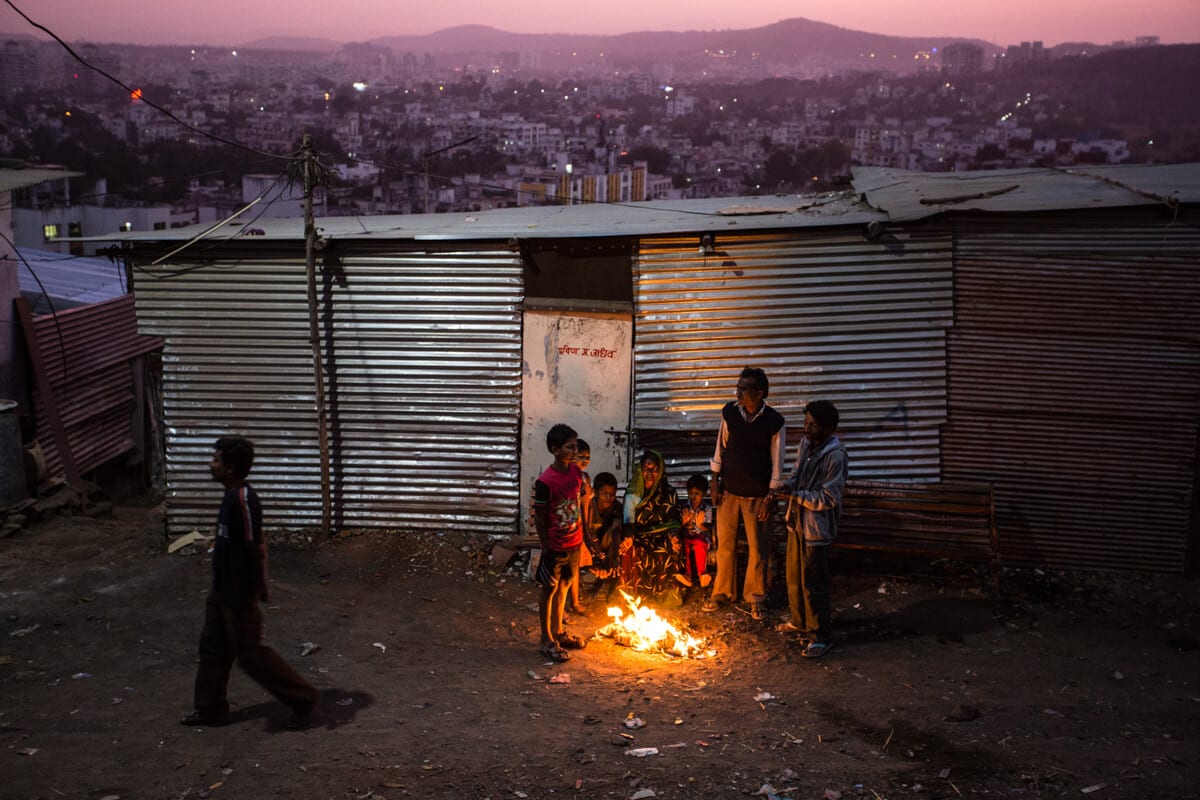 Hi Kristof. Firstly, congratulations on winning our theme STREET LIFE. What did you make of the jury’s comments about your image?

Thank you! ‘Beauty in dynamic disorder’ is what I’m perhaps often looking for. But only on the condition that it tells a story, so I am glad ‘strong narrative’ is also mentioned. I want to get inside the rawness of reality and out of that try to make some sense. Just trying to be as open as possible to the situation I am in and to the people I meet. In some situations things fall together. Technicality in that sense only matters to be able to forget the technical aspects when I find myself in those interesting situations. So one can blend in, to find a certain balance between light, composition and content. A balance between yourself and your subject. For me it is about forgetting myself to receive the images that situations or people may give to you.

We understand that the image is for a project you made in Jakarta, Indonesia. Can you tell us a bit about the specific image, and the wider context surrounding it?

It shows a homeless guy and his friend visiting him, play with his pigeons next to the Coastal Wall build in 2012. This wall is not high or strong enough to protect Jakarta, the capital of Indonesia. Jakarta is predicted to disappear in 2050. The megalopolis of 30 million inhabitants is built on wetlands and flows through 13 rivers that flow into the Javanese Sea. Floods have increased enormously in recent decades due to rising sea levels because of global warming. And also because the city itself is sinking, 25 centimeters a year. Inhabitants extract water directly from the underground and bad urban planning has led to too much weight of buildings on the wetlands.

If the wall breaks, due to the cracks in it now, Jakarta is under water. Already 4 million inhabitants live below sea level, like this homeless man who lives in an abandoned factory with other fishermen. In 2030 the wall itself will be under water anyhow. Recently the Indonesian government announced that they would move the administrative capital to Kalimantan, at a huge cost. But Jakarta is also the economic powerhouse of Indonesia. They are making a second wall far into the sea, but the project has come under criticism as it destroys ecosystems and fishermen’s income. Many scientists agree that mangroves would create better protection.

You made this series for Belgian newspaper De Standaard. Can explain the process in getting a project like this commissioned? Were you approached by the paper, or do you pitch stories yourself? What happens thereafter?

A NGO called Clean Clothes told me that shirts of the Belgian football team for the World Cup were made in Jakarta, and clearly with the workers operating under poor conditions. When I proposed this story to the newspaper they agreed to publish it. Clean Clothes paid for my flight and fixer. To get a decent salary out of it, I searched for a second story and came upon Jakarta Sinking and the newspaper agreed to publish that too. It often works like this. I have an idea myself, or an NGO approaches me, or the newspaper asks me when they need a photographer to go along with a journalist.

And how is life as a photography creating commissioned stories more generally? What are the key elements aside from the actual image-making?

I am lucky to have a very good relationship with De Standaard. Building good relationships with picture editors is key to be able to do reportage work and get it published. Another key element is to propose good story ideas. For that I follow my own interests. And of course it is important to make money out of it, otherwise it is not sustainable. I often need to solve a puzzle between what the publication can give, the time I spend out there, the fixer I pay or not, maybe with the NGO involved, and so on. Currently I think I work too much, toggling between daily news jobs, reportage and large projects, so I don’t find the time to contact other publications, which I really should do to get a step further. It is hard, but sometimes it is very rewarding, when you meet certain situations or people or when you can find some sense and beauty somewhere in the world. 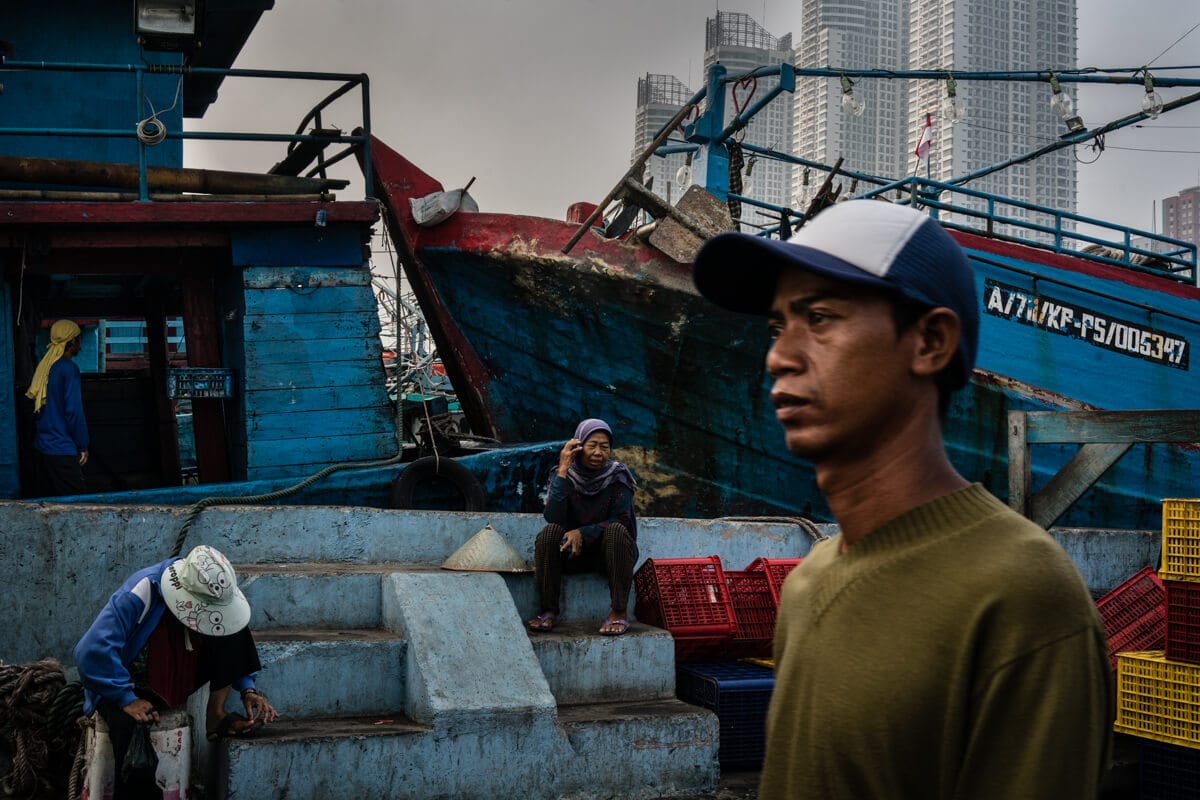 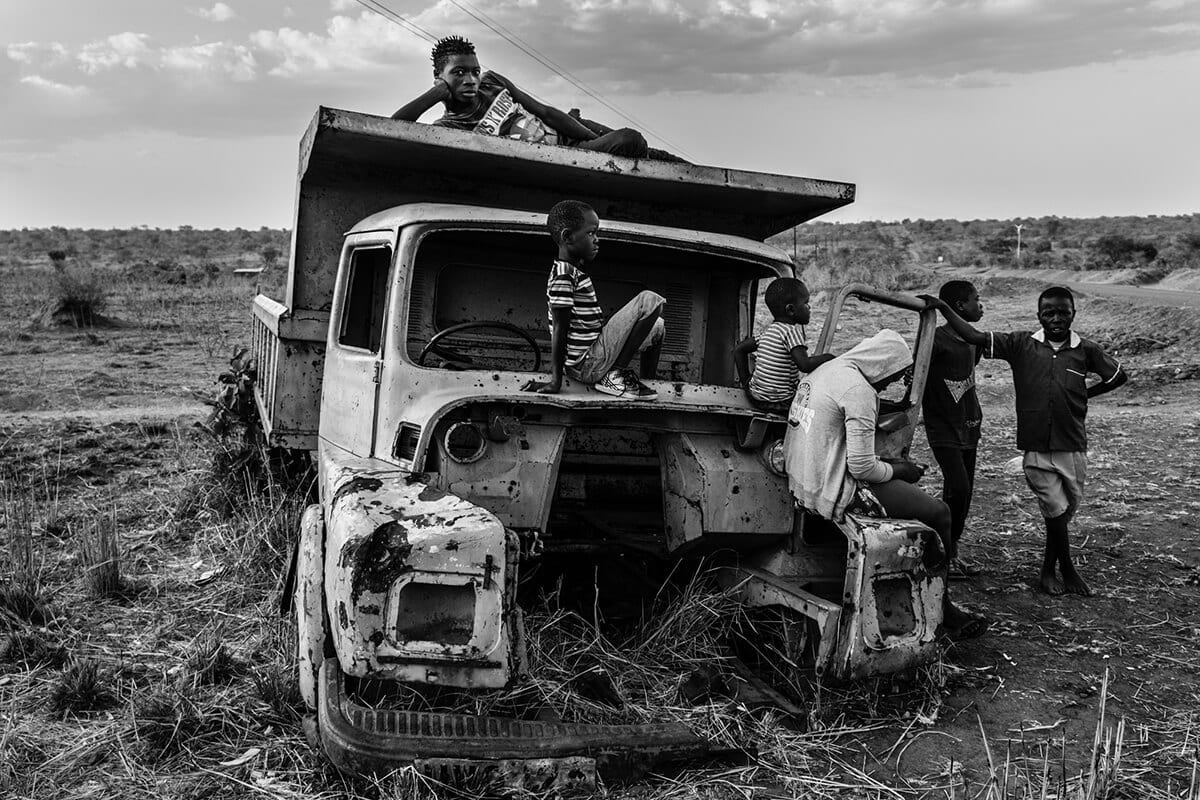 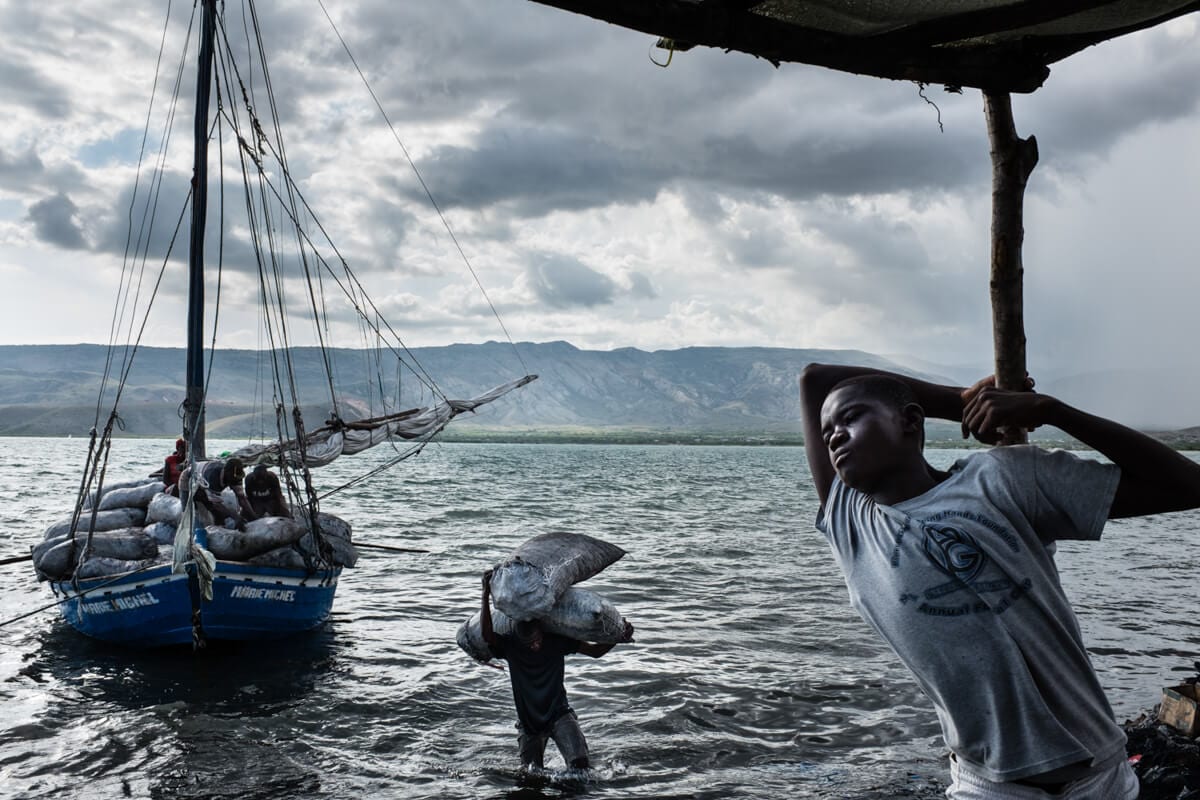 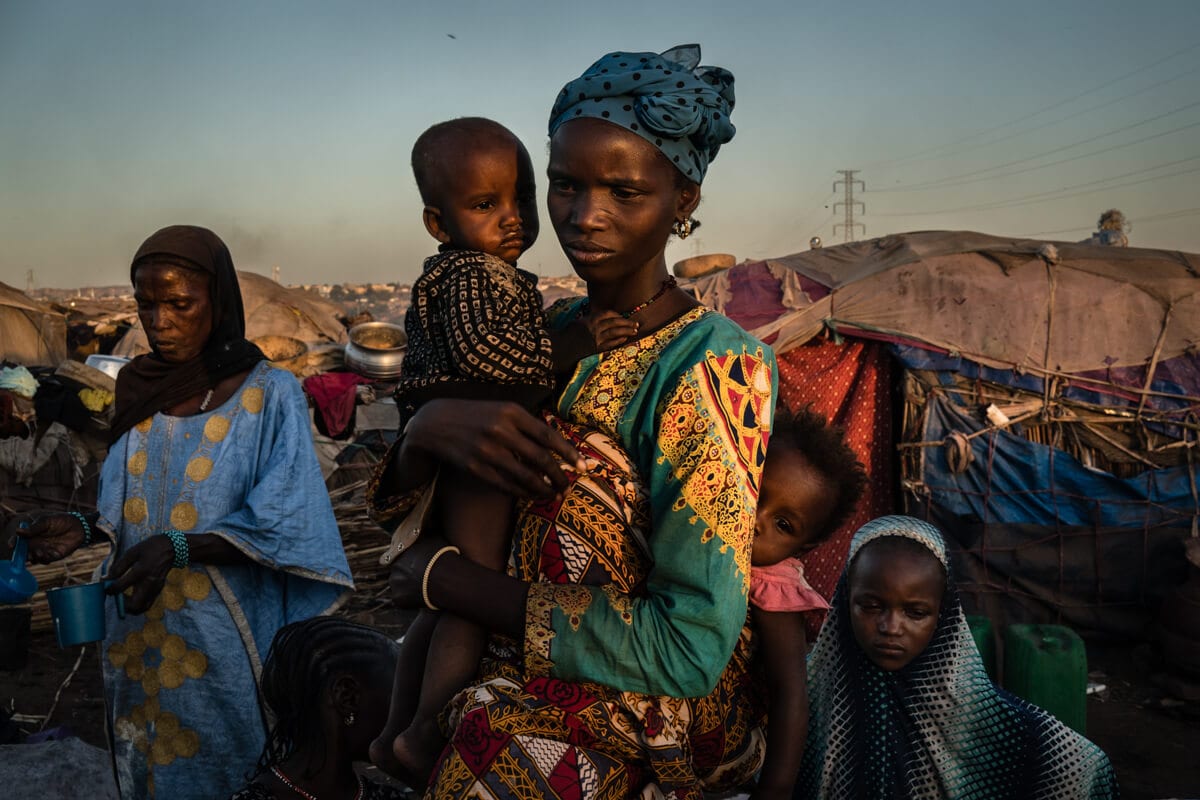 In this winning image, and also many of your others, you create quite complex compositions, capturing dynamic elements, and foreground, midground and background details together in a single frame. Is this a conscious aesthetic choice? Talk us through your image making, and then editing process…

Complexity is not really a conscious choice, as I photograph rather simple images sometimes too, depending on the situation. It just has to make some sense for me, the image should convey a kind of openness. So the viewer can maybe travel a bit inside it, for a moment. Just as I could travel in that situation. I like to be curious, to engage. Often there is complexity in the image as a consequence of trying to be really engulfed in a situation, of trying to forget myself, to be as open as possible to the other or the situation. I used to search too much to get an image. Too much chasing. Now I search for situations where something interesting can occur. A good image for me is a connection and a balance between the situation, the people there, and yourself.

Editing is painful and nice at the same time. Sometimes you think there was something in a situation, but for example a wrong kind of gaze can destroy an image. At the other hand I feel grateful to live in an easier way than the difficult situations I visit, for example the distress of the Rohingya refugees.

My good friend Vincent Dendievel (www.traveljournal.be), a great photographer, sees my images of bigger projects first. His comments are very interesting to me. Because if you have to edit images fast after you took them, you often don’t have enough distance to judge correctly. It would be good to always revisit my editing process after a couple of months, but often time is lacking, so that outside support is important.

You’ve documented stories in Mali, Bangladesh, Cambodia, Congo, Uganda, Vietnam, India… What keeps you hungry to travel, and is there an underlying theme in the stories you seek out?

To be hungry for travel is easy. Working 8 hours a day, five days a week in a job without meaning, would definitely drive me nuts. I am just very curious and I like to search. Being in other cultures allows me to question my own culture and myself. I hate tourism where one only takes what one wants. Travel is different. It is about encountering, questioning, and sometimes finding. Making photo stories is a consequence of that hunger. Other times I am triggered by injustice. Or it is a combination of both that hunger and a feeling that a story of injustice needs to be told.

The themes I am most interested in are mega-cities as well as deserts, seas and rivers. The environment we are living in influences us more than we want to think. One of the underlying reasons for the slow response to, or even denial of, the current and future effects of climate change is just that, that blind spot in our western culture, the lack of awareness of the effects of our environment on us. Rivers used to be part of poems and paintings, as they are essential to human life. We forgot about that.

We understand you’re currently in Mumbai creating a book. Can you tell us any more about that?

When doing a story in Pune, I had four days off and went to Mumbai. I had worked very hard for two years doing daily jobs and magazine stories. It felt so nice to be able to photograph free again. And in Mumbai you just go out of your hotel room and there is something to photograph. So the city started to puzzle me and I went back. At the same time I was always attracted to mega-cities. Mumbai is definitely mega. Not only in scope and population, but also in stories, encounters, greed, dreams, despair and joy.

So it was a natural process to start thinking about a bigger project. Now I just came back from my sixth trip there. I may need one or two more to put an end to an endless project. That city is endless. The more I delve in it the bigger it grows for me. The question I want to raise is also where this future is for many mega-cities. They are extremely vulnerable to climate change. And every day new people arrive, some fleeing the consequences of climate change elsewhere. Already now cities like Dhaka, Mumbai and Jakarta are overwhelmed by transport problems, floods, heat waves, pollution and so on. I fear that in a not so far future they will break down. At the same time there is a lot of hope and joy in Mumbai with a young population eager to find a good future.

And finally, who or what inspires your work? And what’s the best piece of advice you’ve ever had?

Inspiration is large, from authors like Kerouac, Conrad and Camus, and painters like the late Goya or Van Gogh. Or movies from the poetic realism of the great Italians Fellini, Visconti, Di Sica. But there is so much to be inspired by, I could not name everything. When I started being interested in photography, I found a copy of Gypsies by Koudelka in the local library. I kept on borrowing it over and over again. Than later I discovered Frank and Winogrand, very important authors for me, especially Winogrand. His hunger is magic, he did not care about his own. Alex Webb and James Nachtwey also. I should mention also the introduction of François Cheng to some rebel image makers in China from the 8th to 13th century. I learned from their drawings more consciously about the openness to your subject, about a certain state of mind.

The best piece of advice, I don’t know, maybe an image of Sergio Larrain, some fishermen or passengers, it is not clear, on a small boat on a lake with mountains behind. It is one of those rare, brilliant images. 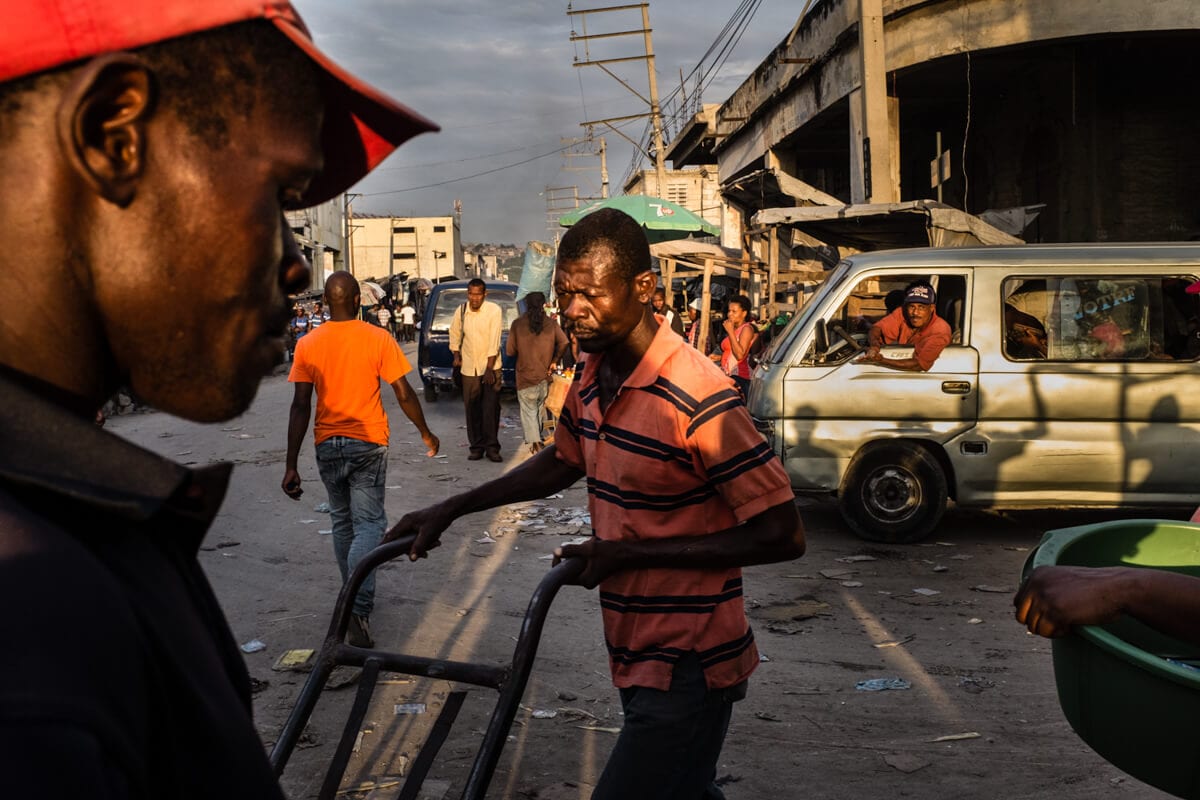 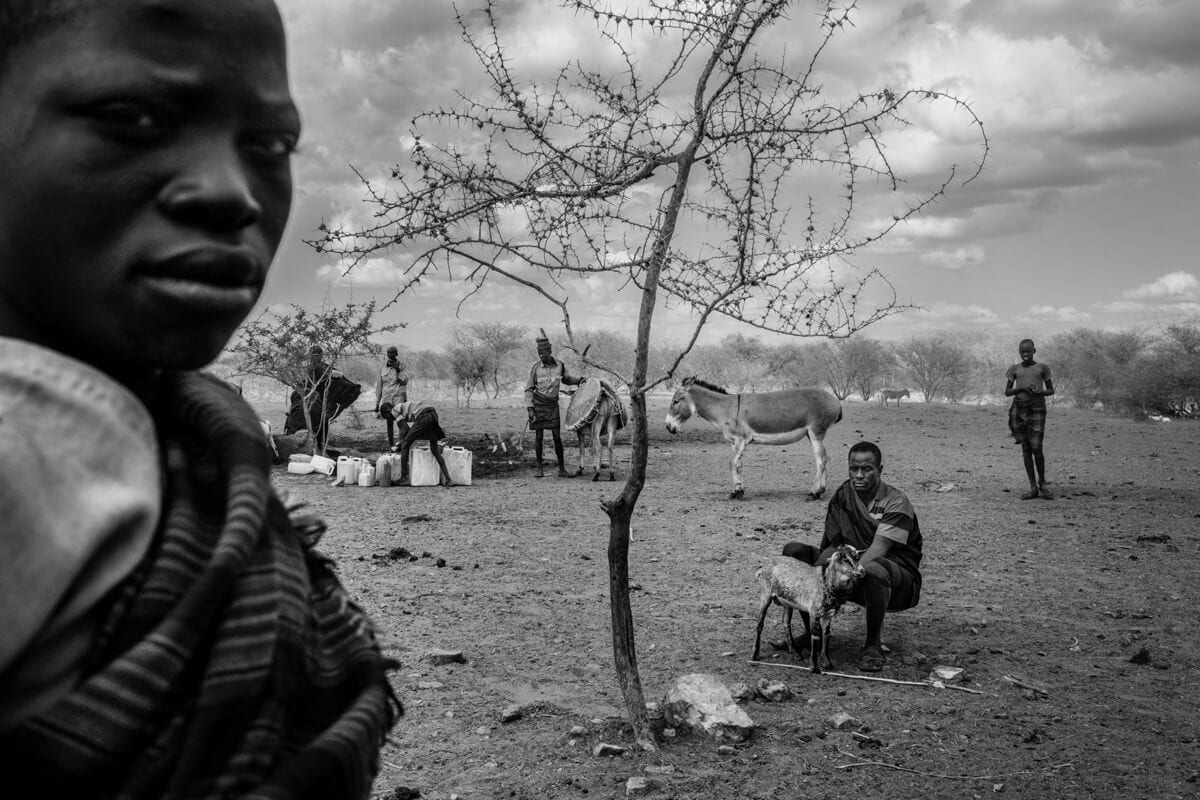 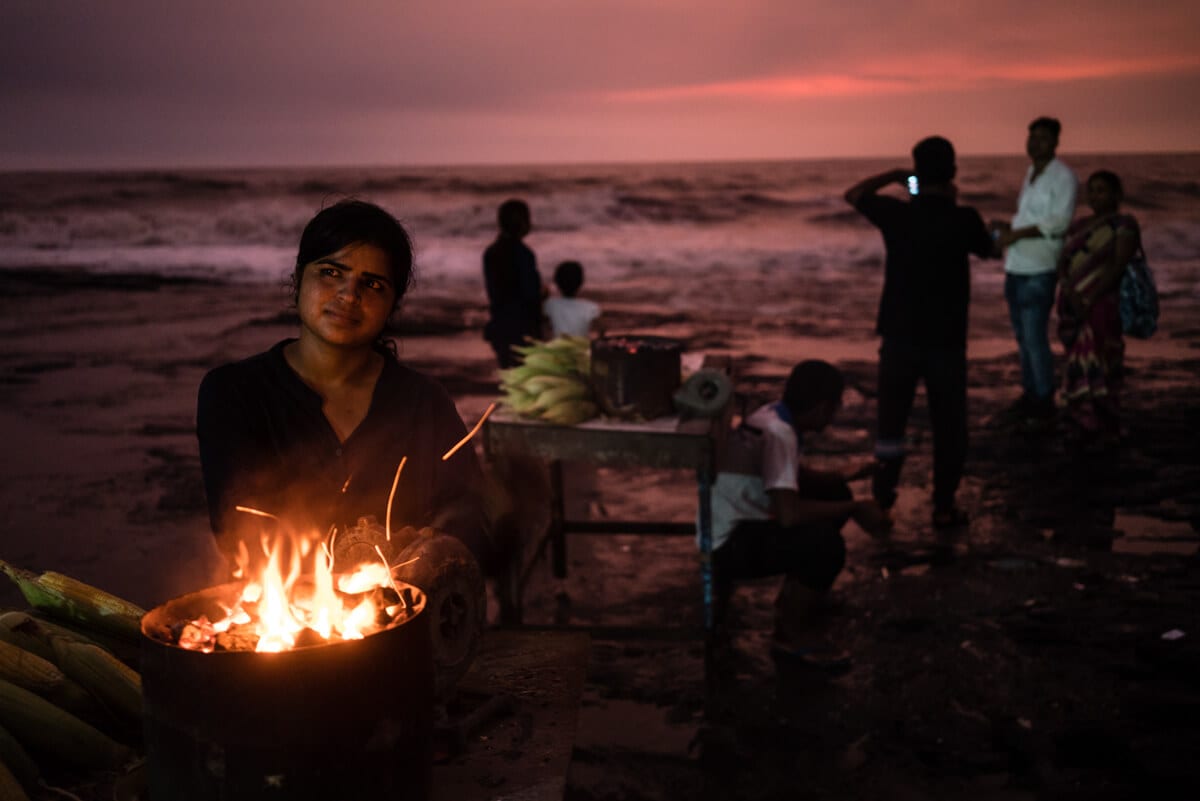