In Pursuit of Physical Perfection?

Our judge for December 2019’s theme, THE HUMAN BODY, is Joachim Ladefoged – a photographer credited with being one of the driving forces behind the 90’s wave of Danish photojournalism, and a member of VII photo agency since 2004. As a keen observer of the human condition, his eclectic portfolio of work has taken him to environments such as the London for the British Royal Wedding, the refugee camps of Lesbos, New Orleans post-hurricane Katrina and the nightclubs of Dubai, and includes portraits of well-known figures such as Lionel Messi, Justin Bieber, Shakira and Mads Mikkelsen. He truly is a master of diversity.

When observing the body however, it is his series Mirrors which stands out – a long-form exploration into the world of Scandinavian bodybuilding, where participants strive for an aesthetic ideal of taut, tanned skin, bulging muscles and strained sinew. A world where athletes battle against their reflections.

“The sprinter has the clock to race against. The weightlifter has the weights. The bodybuilder only has the mirror”

Ladefoged employs two distinct treatments to his images – color portraits of his subjects and black and white candid shots of them at work. The former – a head shot and full body shot side-by-side, each entrant captured in statuesque form – provide a stark view of each bodybuilder pre-competition, every undulation of their carved, glistening bodies accentuated by his crisp lighting. And the latter – flashgun frames of candid moments as they work-out backstage – capture a dynamic energy, the tension palpable as they prepare to step out into the limelight, and tall shadows looming over them, like caricatures of the forms from which they rise.

The passion and dedication is apparent, but so too is the obsession – the desire to push the body beyond comprehensible limits towards something distorted and extreme. The ‘Mirrors’ of the title thus takes on several meanings, applying to the objects that line the walls of the gyms they train in, but also to a superficiality, and to the desire to see something in themselves beyond the current reality – a desire we can all recognize in ourselves in one way or another. 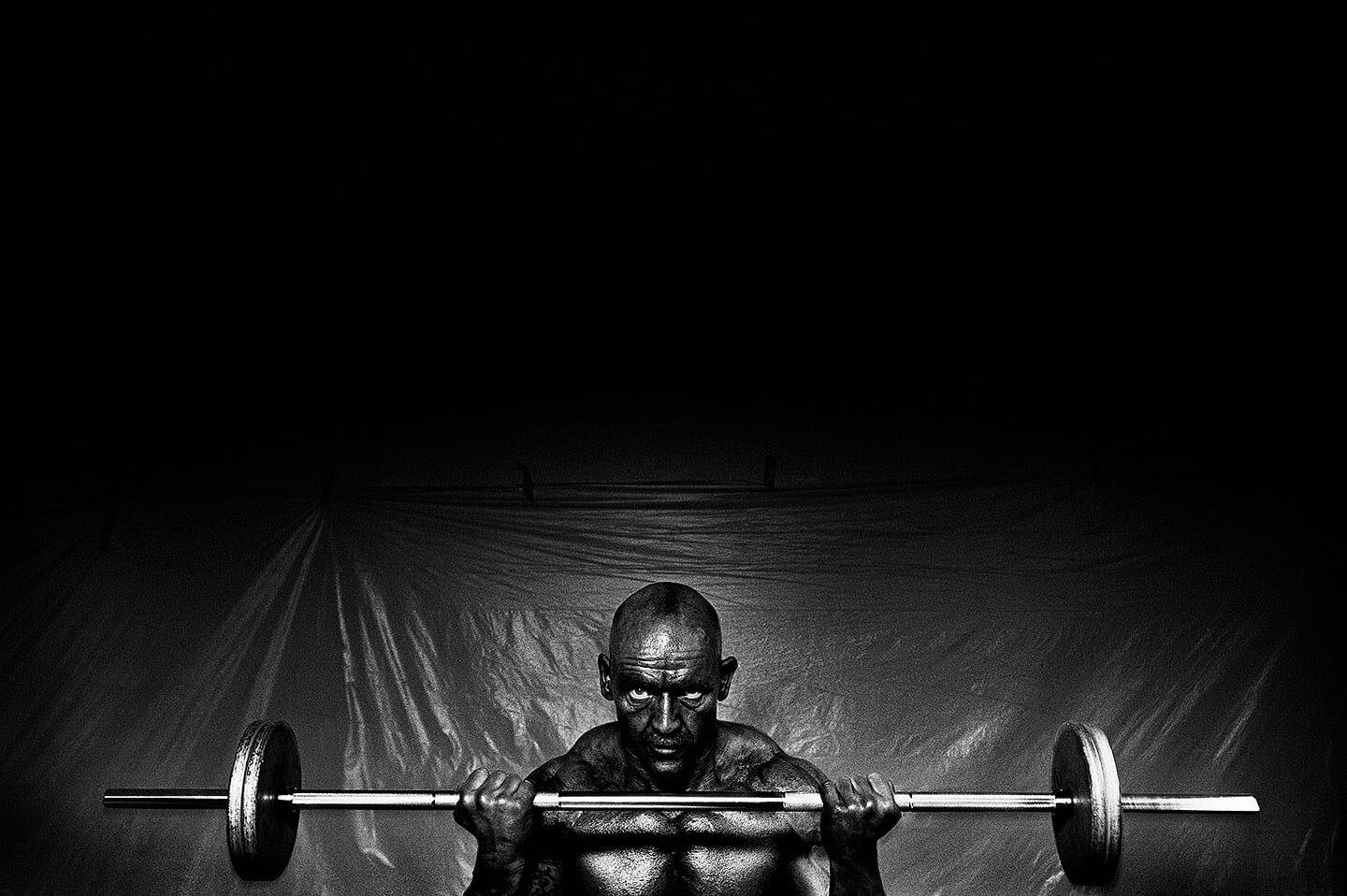 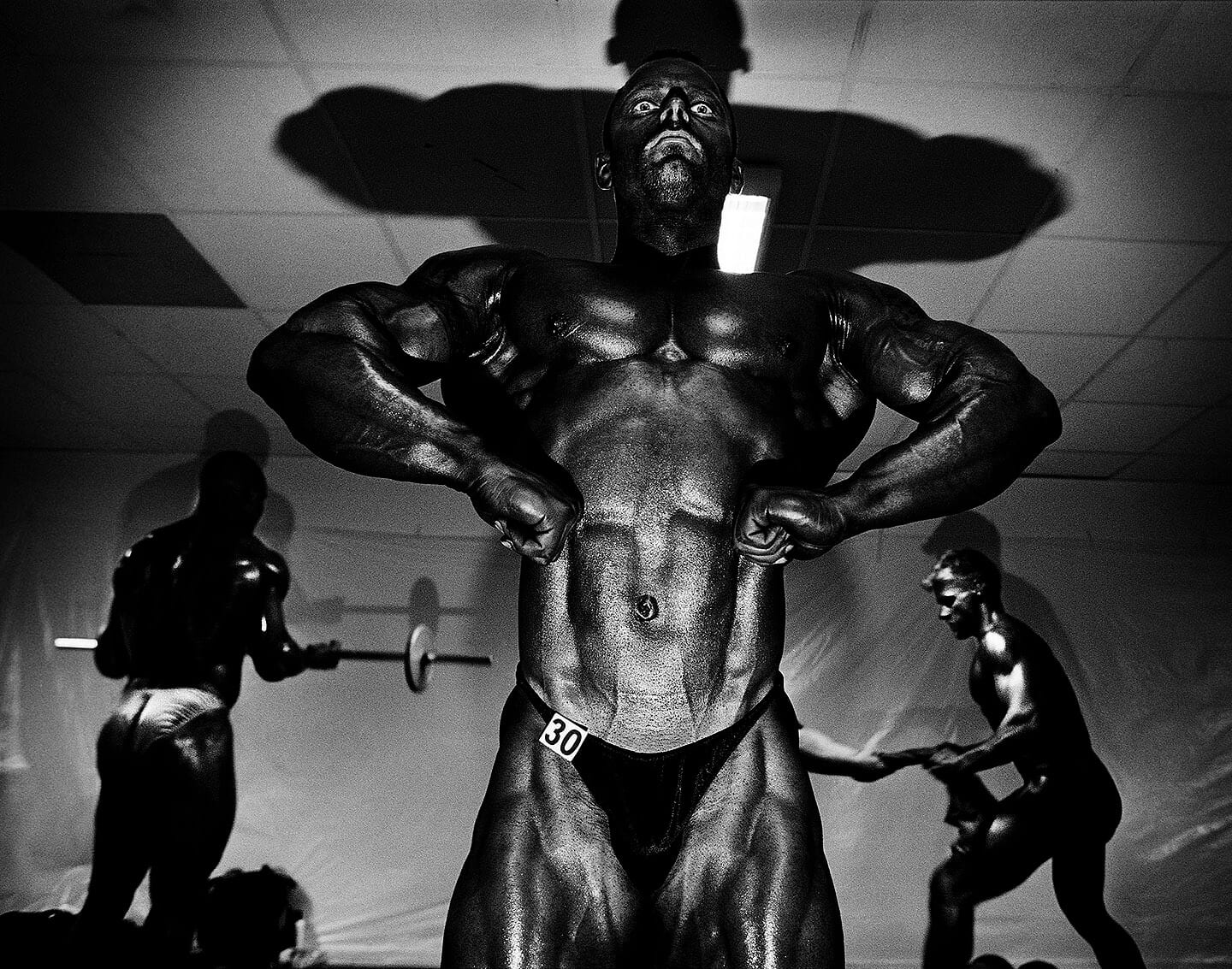 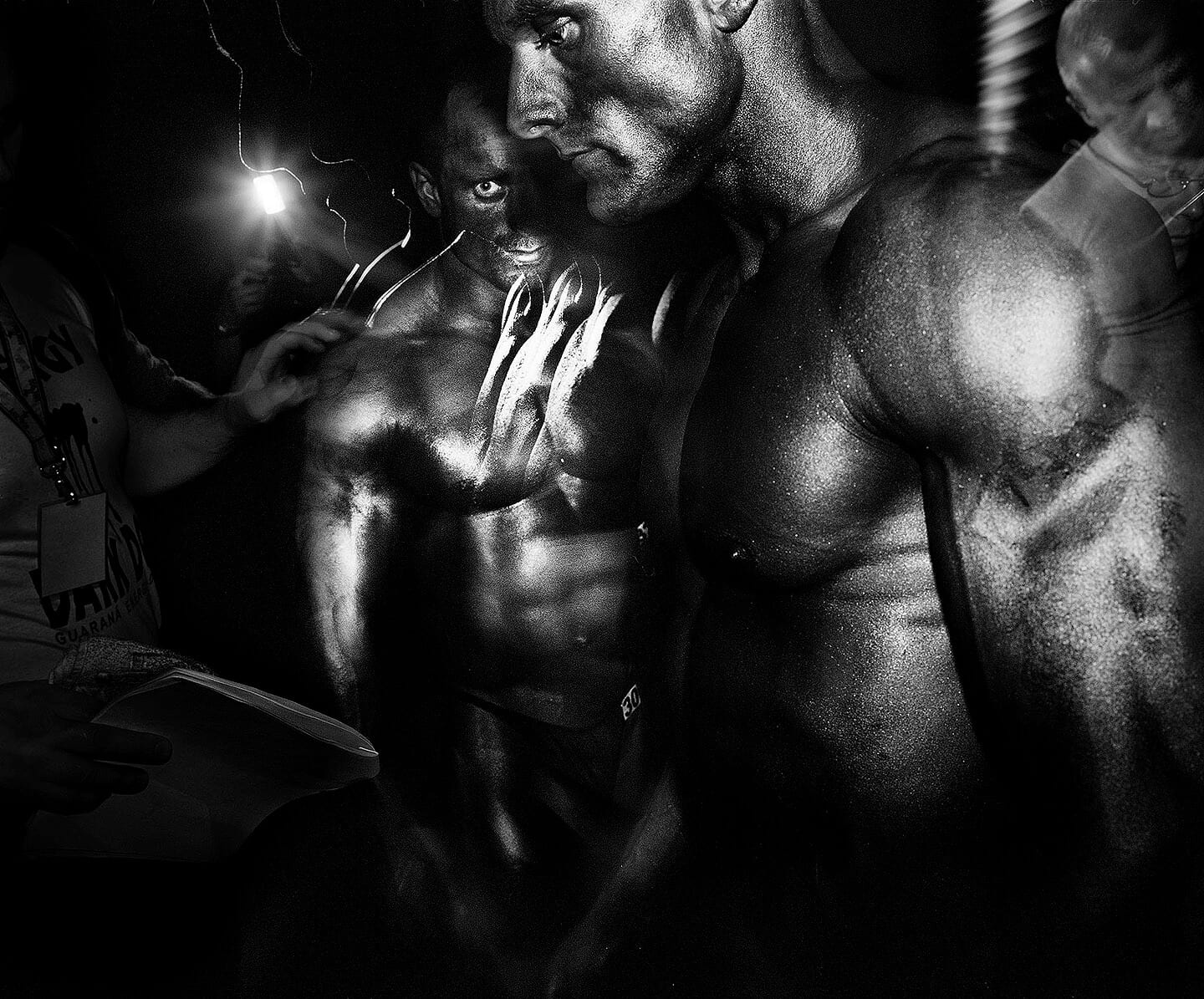 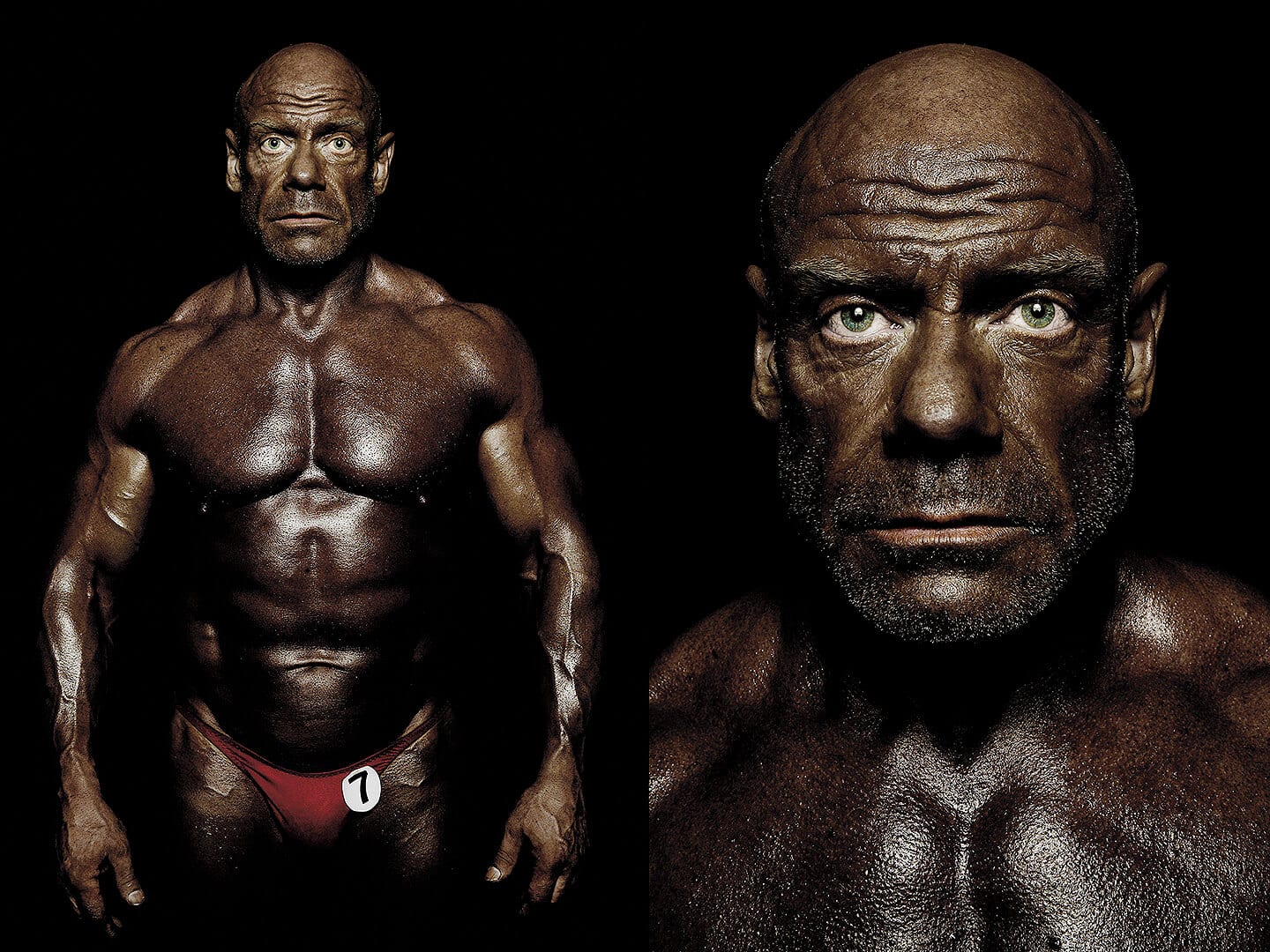 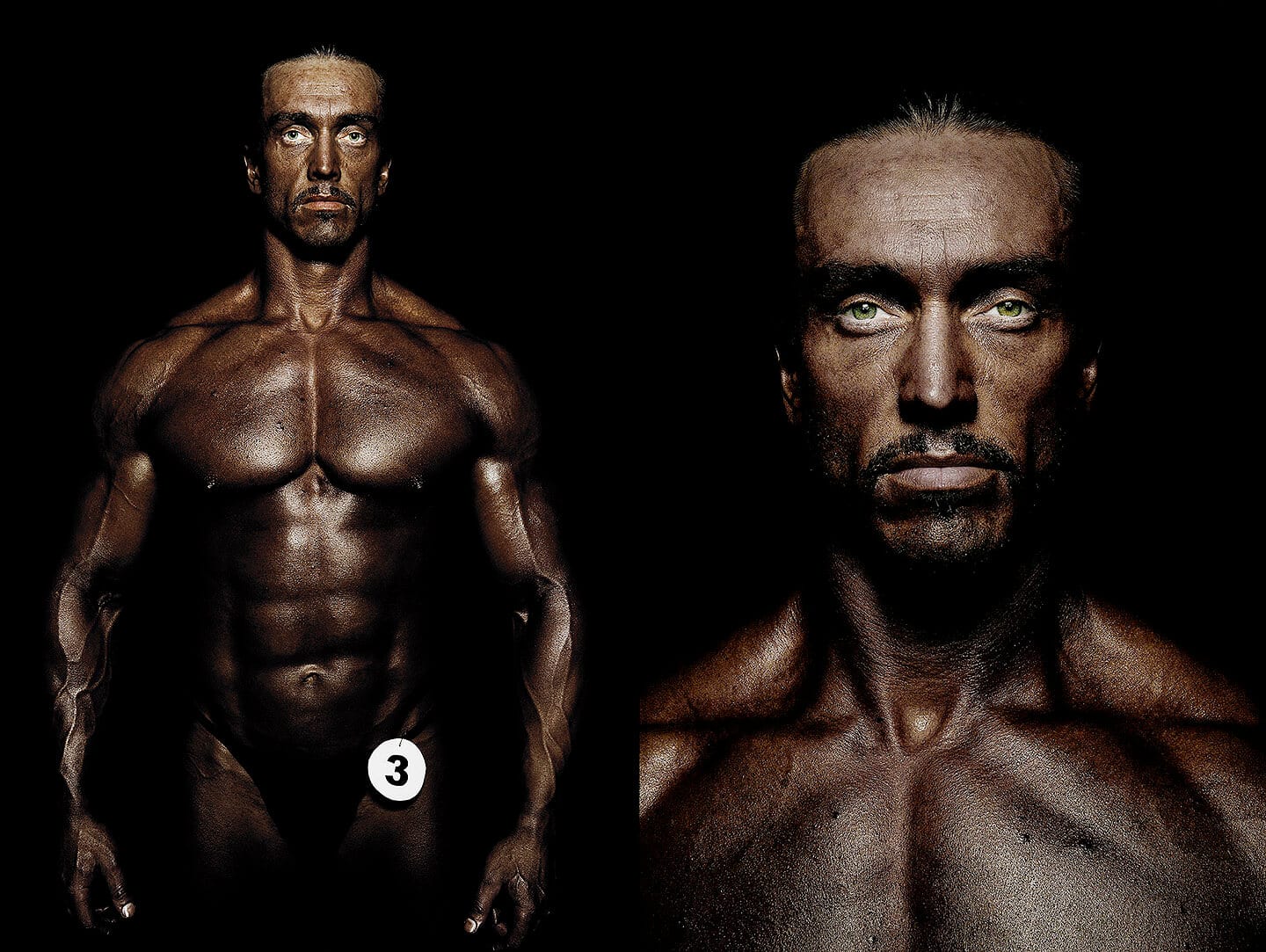 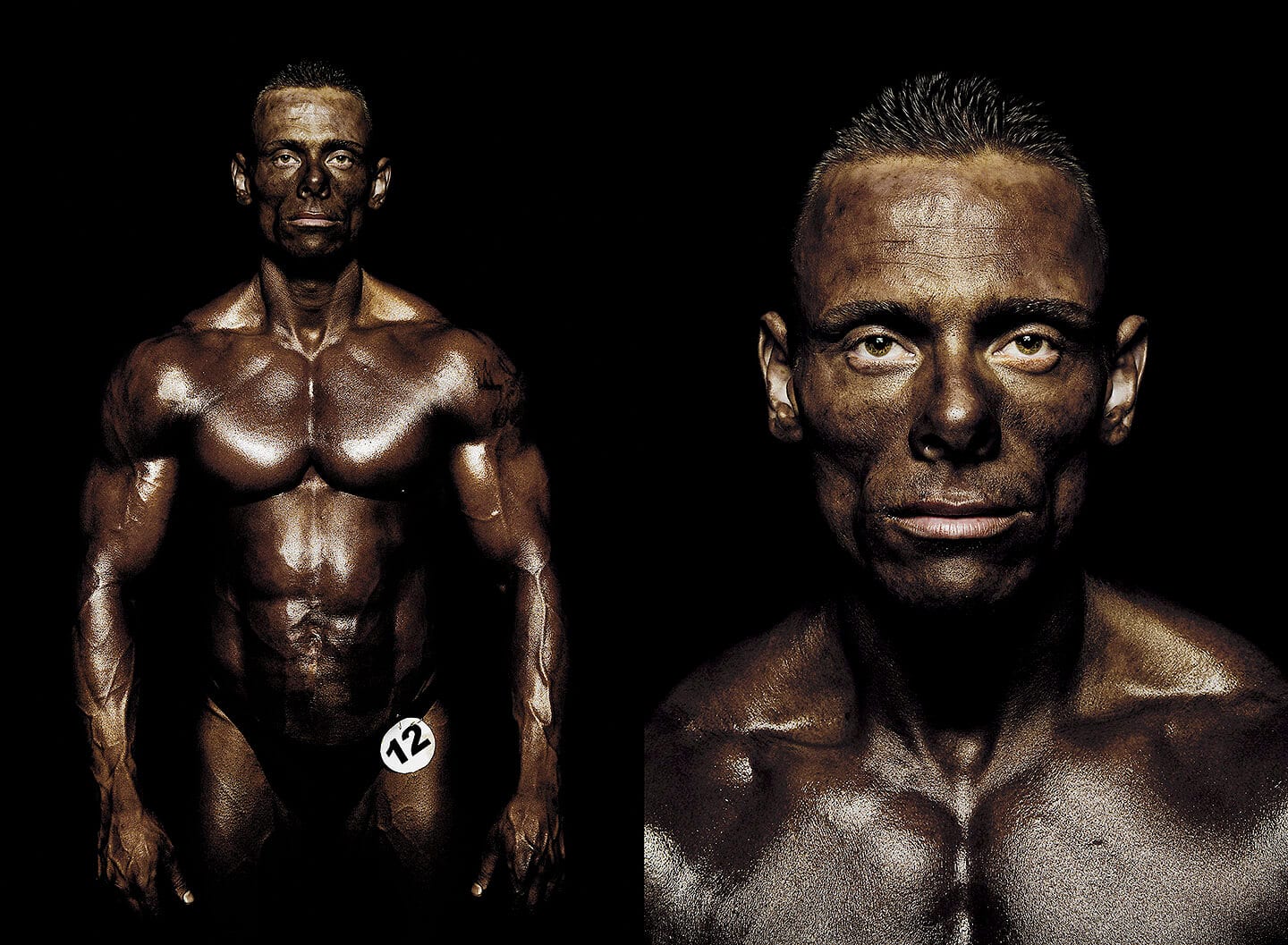