A Transition of Self

The beauty of youthhood and growing up as an individual is a transition of feeling, as one’s attitude and character of the past is challenged by those of the present or future. And although children and teenagers are faced with hard circumstances and situations which they will not always be able to control, this struggle breeds beauty in chaos.

Photographically, youthhood tends to focus on the fragility and emotion of the ‘self’. And although images under this umbrella may present the truth, they are shrouded by layers of interpretation and in some cases mistruth. Youthhood as a category allows the photographer to become more of an artist in delivery and to explore ideas of the ‘self’ with greater artistic freedom. 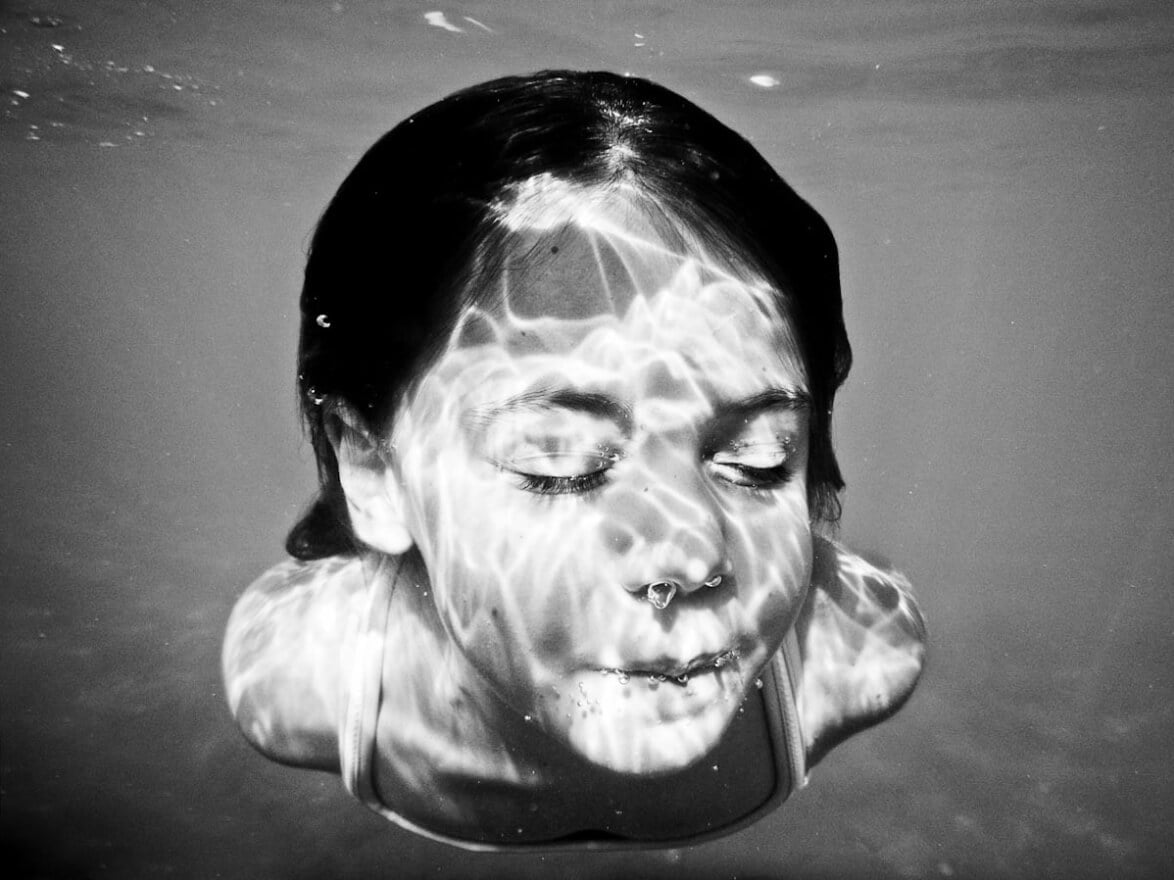 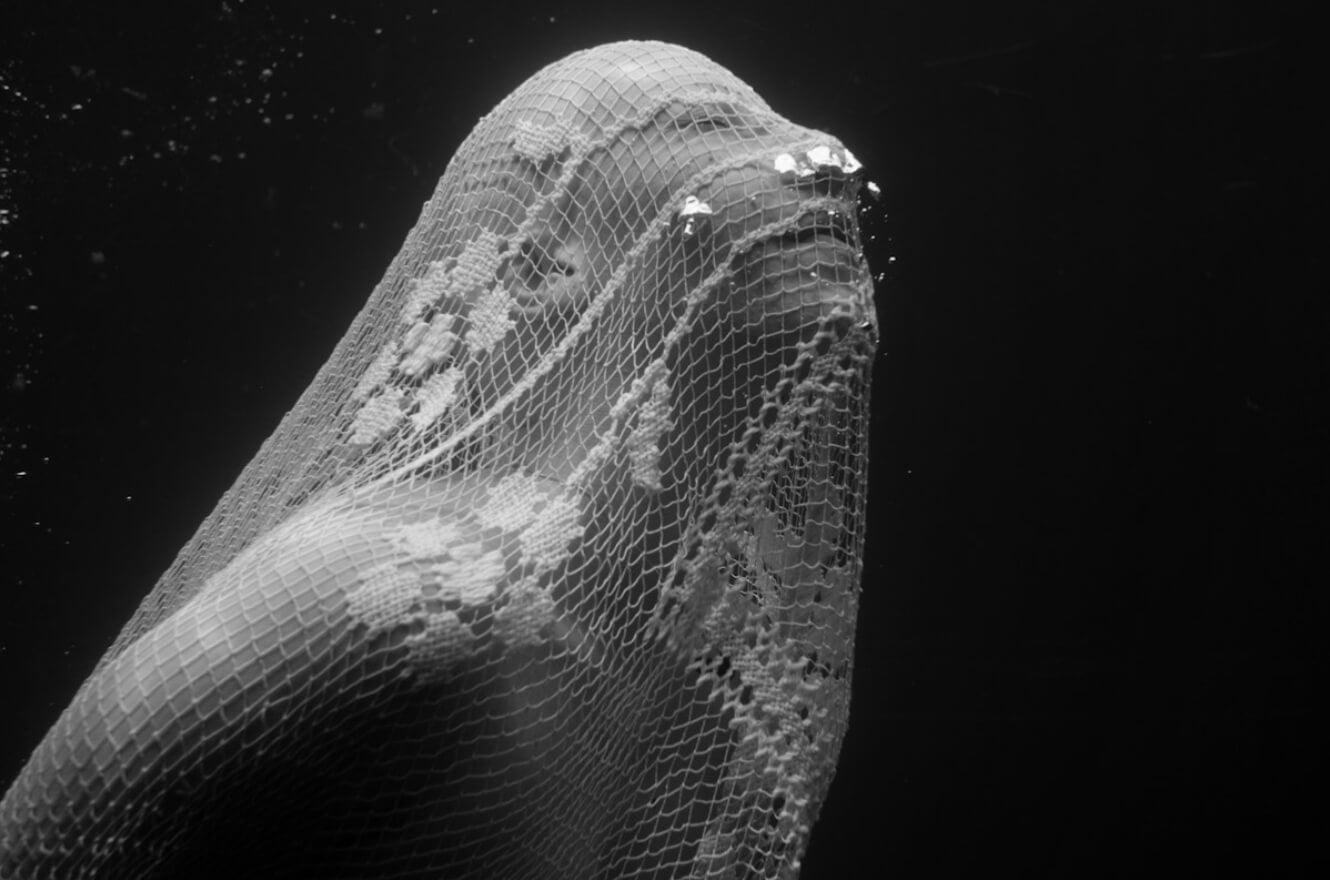 A candid approach to youthhood, focusing on composition, shadows and light and the somewhat playfulness of childhood is what sums up this body of work. Revah’s love of the sea is evident as it provides a stage where the simplicity and somewhat lucid state of childhood can be captured. In this case her body of work is less an artistic interpretation of youthhood, rather an analysis of its beauty and simplicity in order to capture memories and emotions. As viewers we are drawn into the images due to their darkness and mystery, wishing to be a part of that moment. They evoke feelings of peace, joy, tranquillity and fun.

Her latest series titled: ‘Silence – A Breath of Consciousness’ dives even further into abstraction and focuses on the purity of water and the human form. Both projects seem to detail this inherent need for the sea and our connection to one of nature’s most powerful and raw elements. And even though both projects have been separated by time they share this intense longing for water. 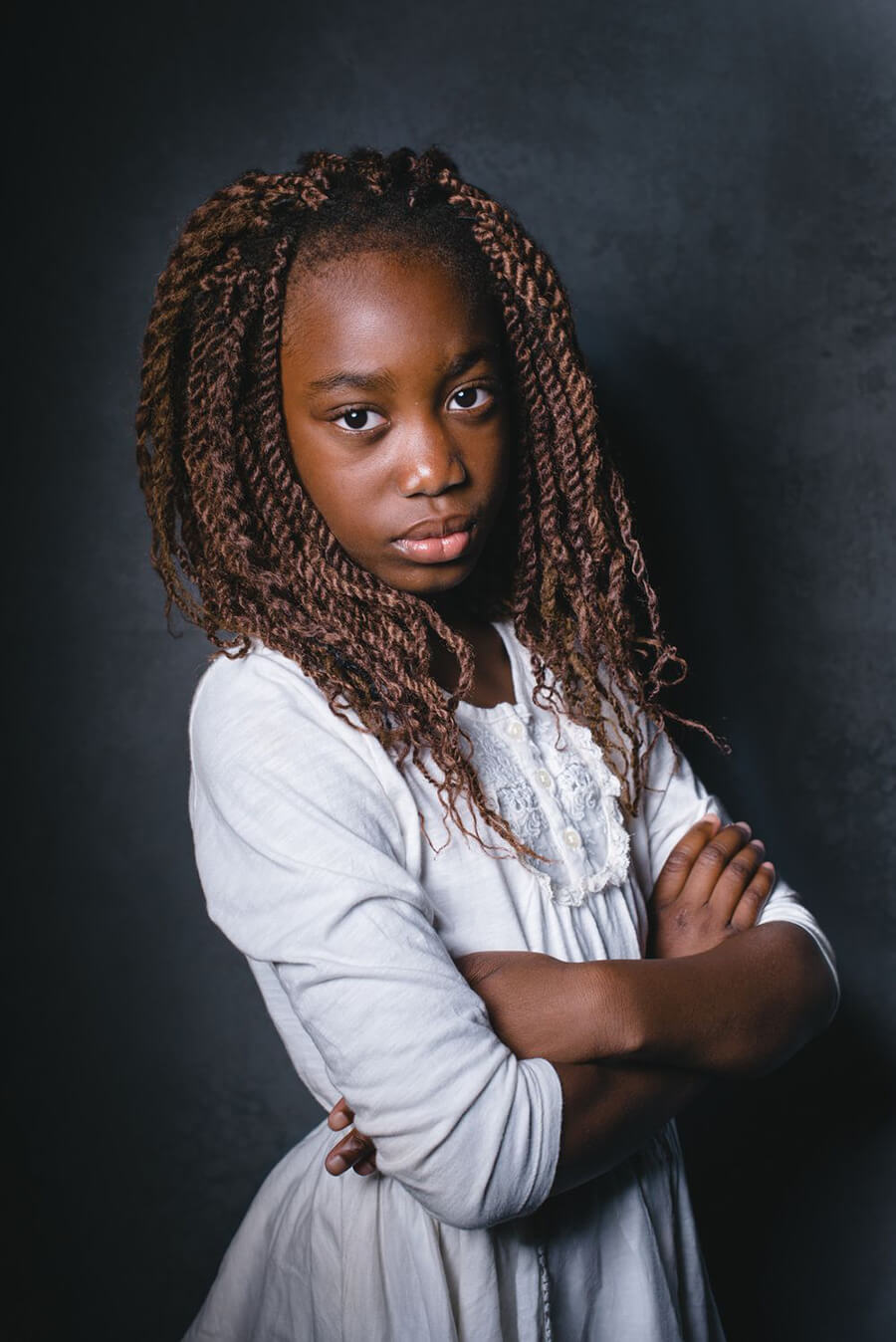 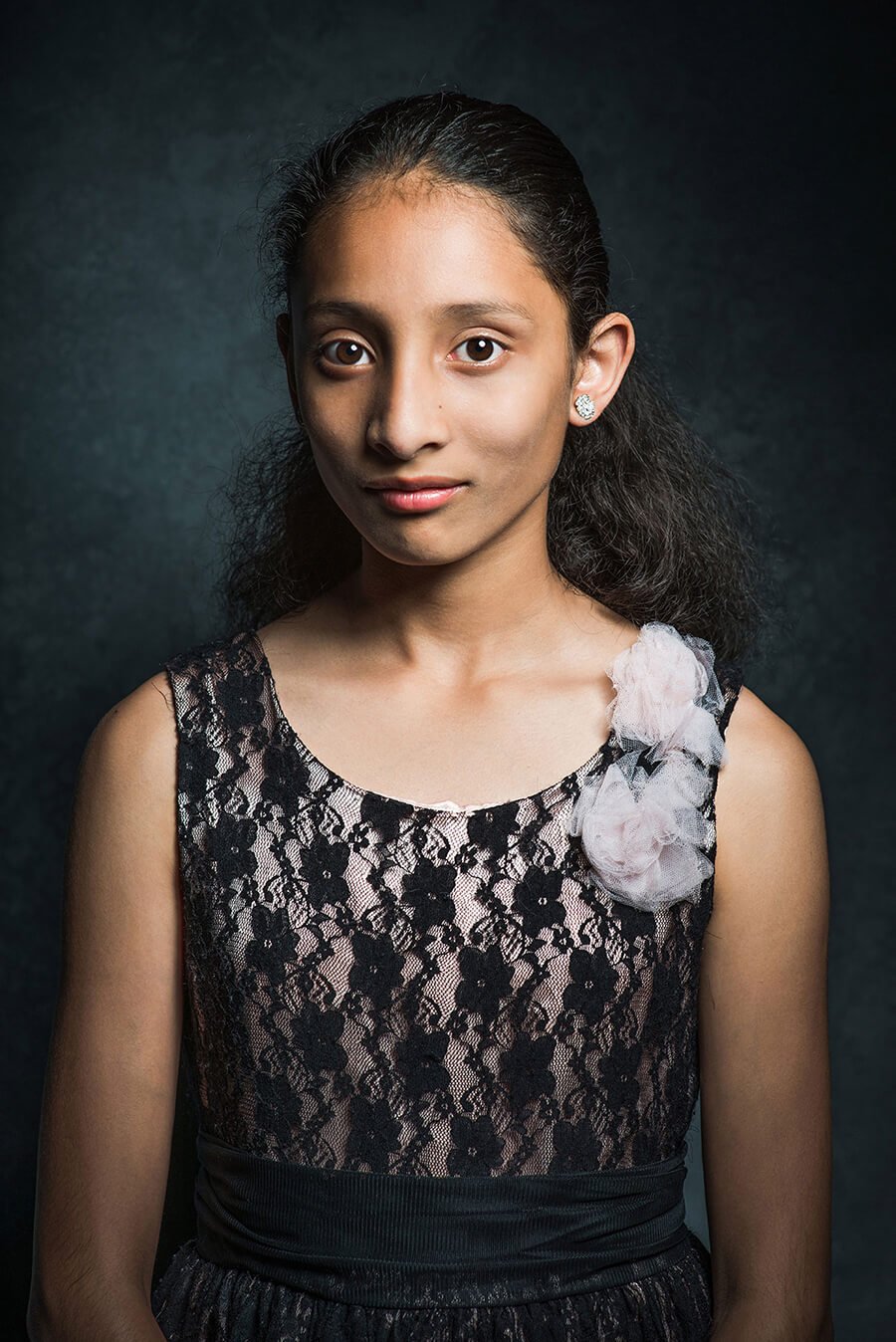 “This is my starting point to the series – an exploration, a way of giving a voice to the girl I was and the girls who are; a way to explore the hidden complexity, duality and contradictions that mark this phase of life.”

One of Mendelsohn’s most personal projects, ‘Being In Between’ depicts the transition between childhood and young adulthood. It is an analysis of not only Mendelsohn’s own life as a child and young teen, but a broader analysis of what she considers to be the ‘mysterious hinterland years’ of youthhood. This collection solely depicts young women coming of age and discusses the fragility of today’s society as an influence throughout this stage of development. The notion that this body of work emphasizes such a specific part of growing up allows Mendelsohn to expose the truth and reality of growing into one’s skin. These portraits again focus on the ‘self’, however nothing is hidden or masked as she attempts to showcase the purity and uniqueness of each individual’s character and race. 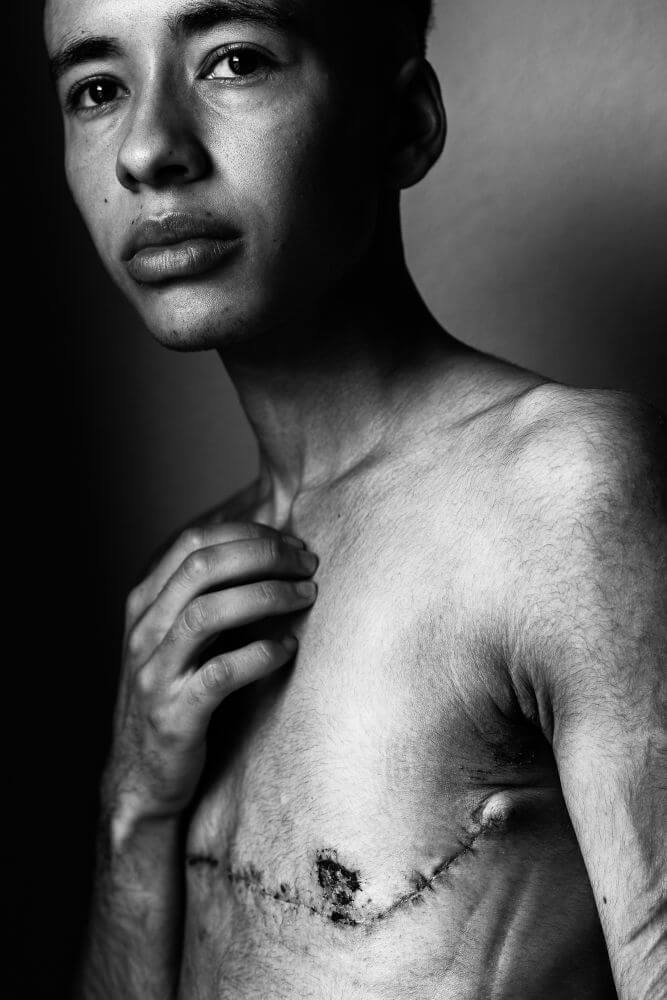 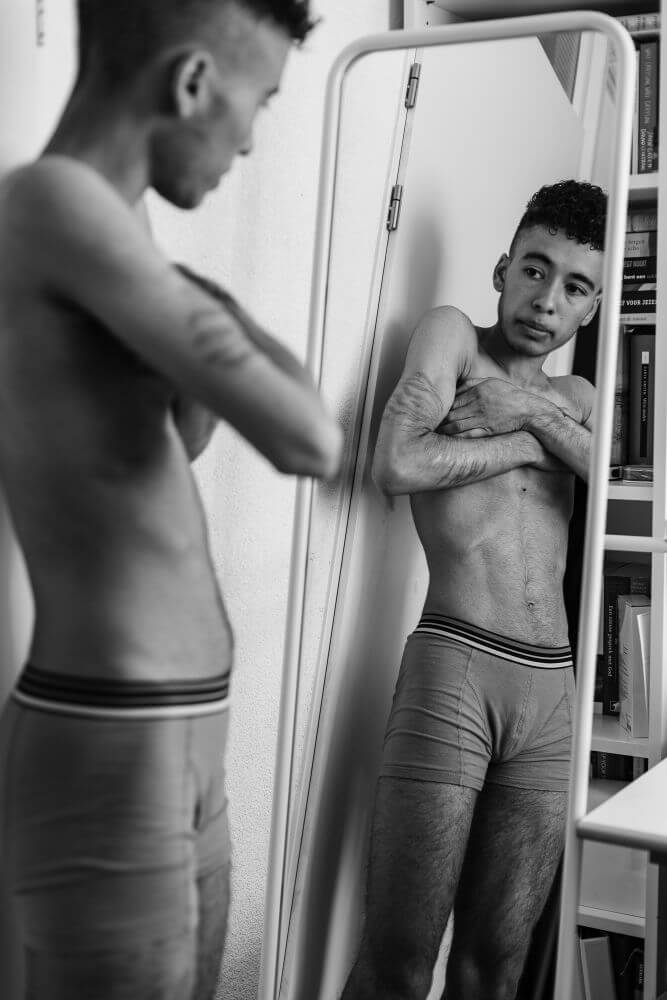 A beautiful story of change and acceptance. This latest body of work by artist and photographer Marvel Harris details a very personal change of identity and gender. Youthhood is difficult on its own, with many children and teens facing pivotal points in their lives, and Marvel’s story and the exposure of one’s intolerability of skin is both brutal and beautiful. Many of Marvel’s images are raw and powerful and while some images are staged, the intention to capture something candid and real are clear. We as the viewer are exposed to a collection of images much like Harris is exposed to their own mental illness. We of course only feel so much. However, those images which showcase this element of reality are somewhat poetic in their own right, and we as the audience feel this unfold.

The notion of the ‘self’ and the physical change of someone’s body is personified throughout the entire body of work, and although Harris’ images may represent the fragility of change, they seem to speak more about strength and the coming of age in a very personal way. 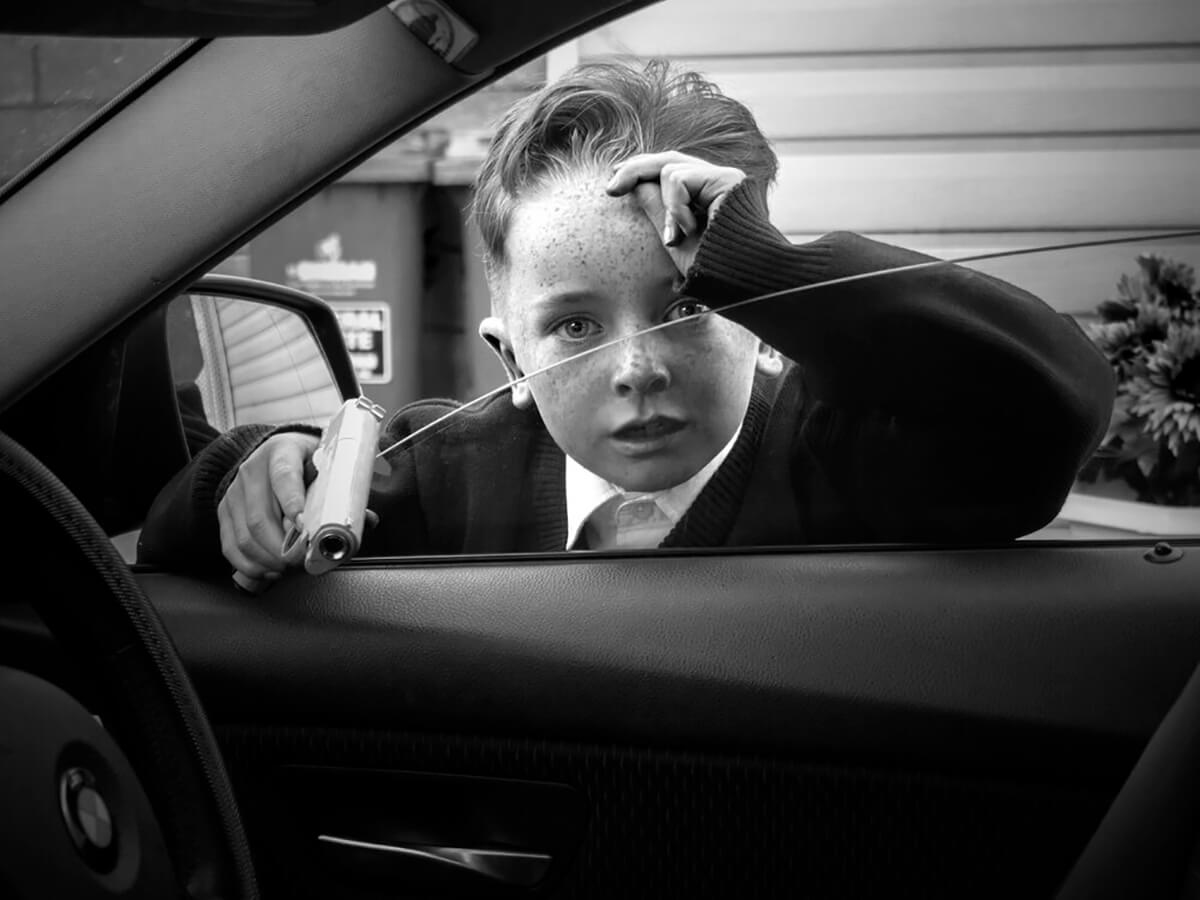 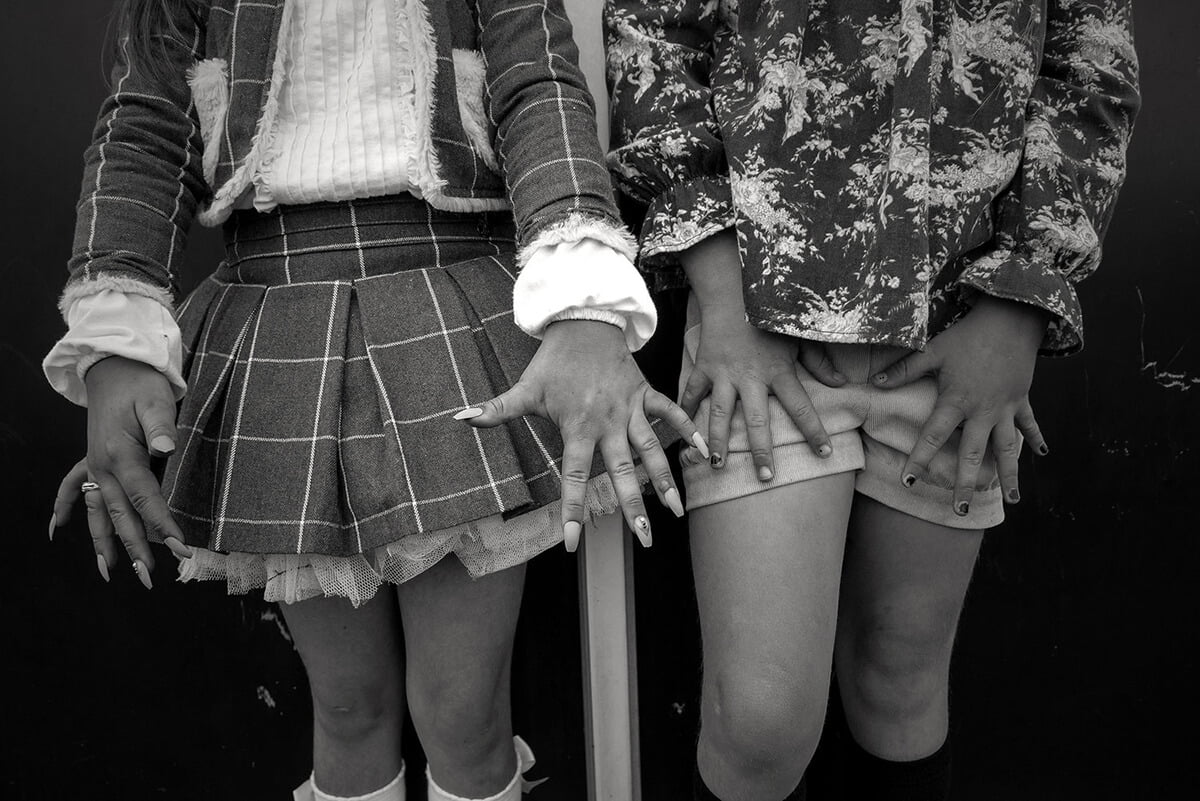 Irish travellers have always seemed to be a fascinating subject for photographers. Their unique ways of living and contrasts between traditions in sexes have captured the attention of photographers like Michele Zousmer and Birte Kaufmann. An analysis of the common traveller’s community is that of the role which men and woman have, as even from an early age boys and girls are subject to follow the traditions of their community and adhere to the importance of its continuation. Rebecca Moseman’s latest series titled ‘Irish Travellers’, details a much more delicate and fragile understanding of youthhood within such a community. This body of work mainly focuses on portraiture and exposes the innocence of children being children. Coupled with the foreshadowing and burden of their roles as individuals within the community, many of these images detail this contrast between the present and near future.

As well as highlighting a difference in roles between men and women, Rebecca creates a body of work which successfully delves into the personalities of each boy and girl. Somewhat comical elements can be witnessed throughout, opposed by others that discuss the seriousness of the future youthhood of an Irish traveller. This body of work succeeds in presenting the nature of childhood as something short and sweet, with her subjects not yet fully comprehending the seriousness of their future, and there seems to be a looseness around their actions as the children attempt to mimic those older than them.

With the supervision of a fellow photographer throughout 2017-2019 Rebecca had the opportunity to capture this diverse and unique group of people. Her observations and personal interactions with various travellers resulted in the closeness of her images, as she states:

“I tried to capture not only their innate youth and childlike gestures and activities, but also the emotion and hardship they’ve had to live and continue to live every day. Yet, I found the children to be happy, and content with their way of life. It’s all they have known”.