Of Water and People

Exploring the human-caused “Dead Zone” in the Gulf of Mexico

In Federico Borella’s long form documentary project Of Water and People, he explores the “Dead Zone” phenomenon, responsible for widespread environmental damage and with far-reaching impacts on commerce and leisure in the Gulf of Mexico.

A problem of such immense magnitude, relating to biological changes invisible to the human eye, is a challenging thing to visualise – to make real and engaging. Federico’s approach is to work at varying scales. He captures panoramic landscapes that paint a context in which we find individuals – fishermen, farmers, tour guides – and their personal stories. Macro and micro details that together offer access into a complex subject.

Here we provide an abridged version of Federico’s series statement, along with a selection of the 29 images it contains. We invite you to the explore the Dead Zone with him.

“Each year, excess nutrients from cities and farms are drained into the Gulf of Mexico through the Mississippi River. An overabundance of nitrates and phosphorus can cause algae to grow abnormally fast. When algal blooms die, the decaying matter consumes the oxygen and kills fish, shellfish, coral and vegetation, causing a hypoxic area, or “Dead zone”.

Nutrient runoff is a considerable threat to North America’s marine and fresh water systems, threatening natural areas and wildlife habitat, tainting drinking water supplies, and imposing tremendous water treatment costs on communities. The largest human-caused hypoxic zone currently affecting the United States, and the second largest worldwide, occurs in the northern Gulf of Mexico adjacent to the Mississippi River on the Louisiana and Texas continental shelf. In 2017, it has been measured with the record size of 8,776 square miles, approximately the same size as the state of Massachusetts. The Gulf’s hypoxic zones are caused by excess nutrient pollution, primarily from human activities such as agriculture, wastewater treatment, urbanization and burning of fossil fuels. The cause for much of this fertilizer pollution is also deeply related to a high demand for meat in the U.S. where areas of native grassland are being converted into soy and corn fields to feed livestock. The dead zone threatens the commercial and recreational fisheries of the Gulf, valued at almost $1 billion.

In July 2019, a bloom of toxic algae forced Mississippi to close 25 beaches along its Gulf Coast. State environmental officials say people can still visit the sandy beaches but they should avoid any contact with the water. The blue-green algae “can cause rashes, stomach cramps, nausea, diarrhea and vomiting,” the Mississippi Department of Environmental Quality says. Policymakers developed goals to reduce the area of hypoxic extent because of its ecological, economic, and commercial fisheries impacts. However, the goals remain elusive after 30 years of research and monitoring and 15 years of goal-setting and assessment because there has been little change in river nitrogen concentrations.

The Mississippi / Gulf of Mexico Hypoxia Task force (established in 1997) is working with farmers, academia, governments, and the agriculture industry to tackle the challenge of nutrient run-off.” 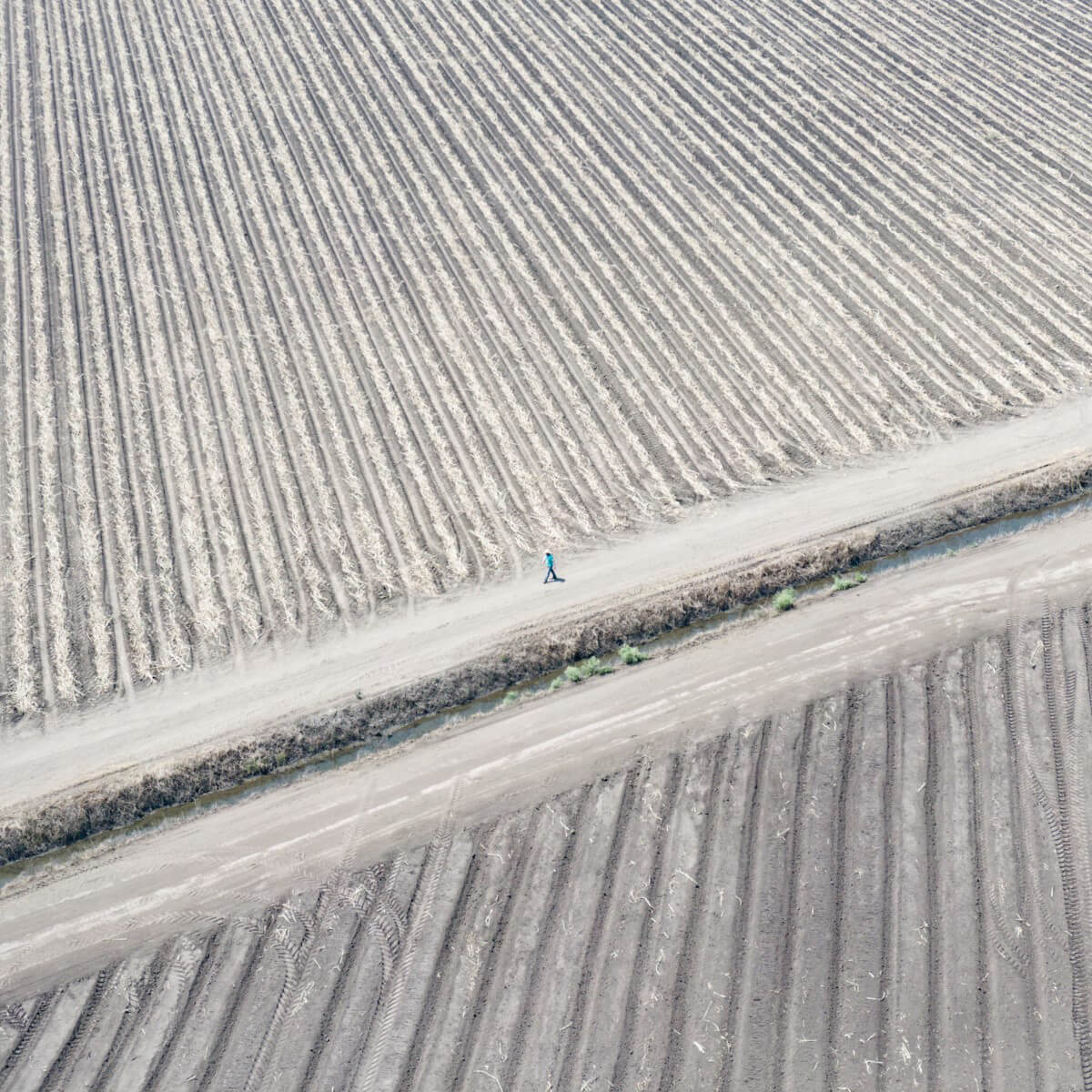 Louisiana, New Iberia. A high intensity agricultural-economic system has turned the american Midwest into what is now known as the nation’s “Breadbasket”, where 65% of the land in the 14 states of the Mississippi river basin is farmland and 25% is harvestable cropland. Intensive farming practices strip nutrients from the soil. As a result, farmers need to add more fertilizers to soil to replace the nutrients. 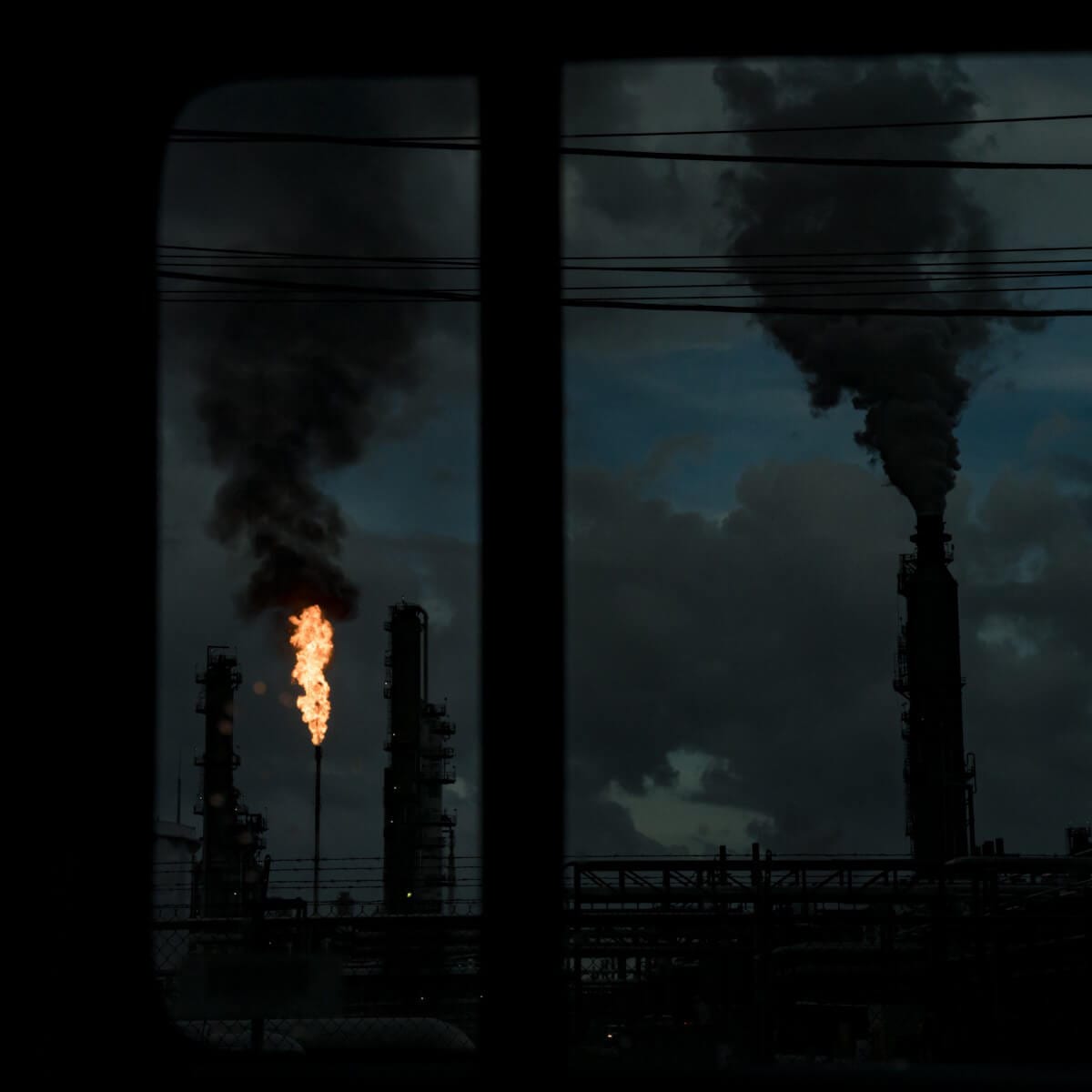 Galveston, Texas. One of the several refineries in Galveston area. Nutrient loading is likely to increase further as population growth and resource intensification rises, especially with increased dependency on burning of fossil fuels. Global climate change will further complicate the causative factors in both natural and human caused hypoxia.