THE FACE OF THE EARTH

The Face of the Earth Editors’ Pick

Following Nick Brandt’s selection of winning images for our theme THE FACE OF THE EARTH, this compilation of 20 images, selected by the Life Framer editors represents some of the other talented photographers whose work struck us and left a mark. Each a stunning image worthy of exposure and attention…

Editor’s comment: Emanating from a city out of sight, here we see light pollution rendered as something beautiful and iridescent, almost like the Northern Lights. Now that our cities never sleep, it’s a phenomenon blamed for compromising health, disrupting ecosystems and spoiling aesthetic environments, and here Miltiadis asks us to reflect on that, while producing something aesthetically goregeous in its own right. 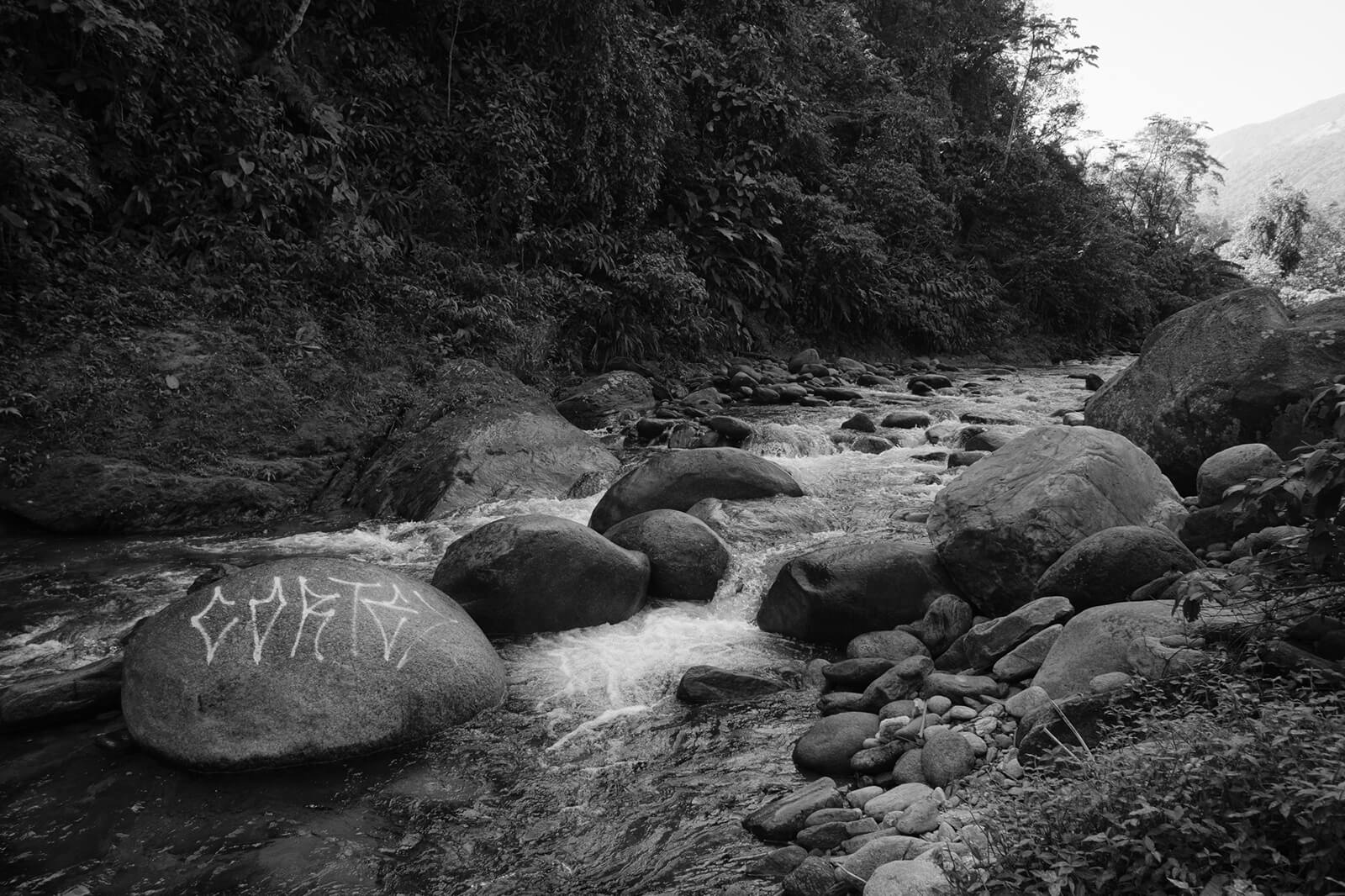 Editor’s comment: A wonderful observation of human imprint on the natural world. Is anywhere safe? 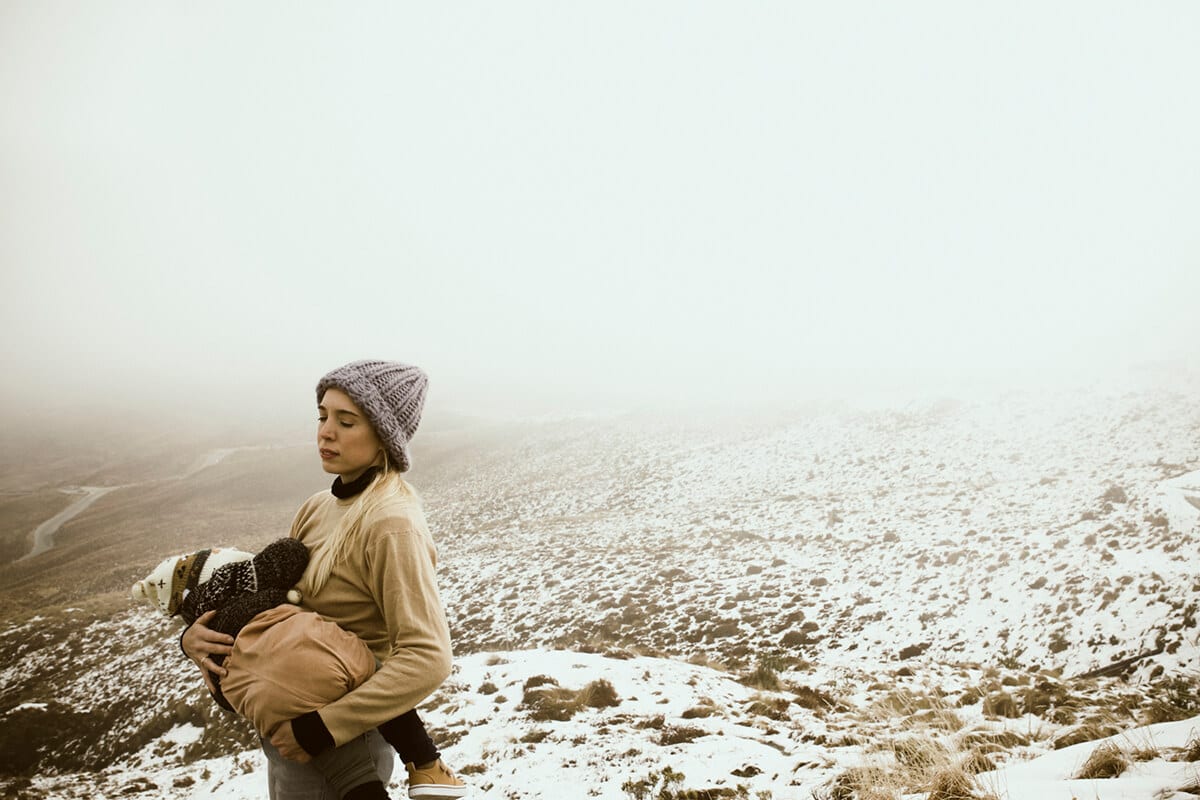 Editor’s comment: Motherhood in the most severe of environments. What works so brilliantly here is the natural, ochre palette and the juxtaposition of tenderness with harshness – humanity distilled to its basic elements of compassion and survival. The mother’s expression to seems to capture it all – a love, a weariness – and it’s absolutely compelling. 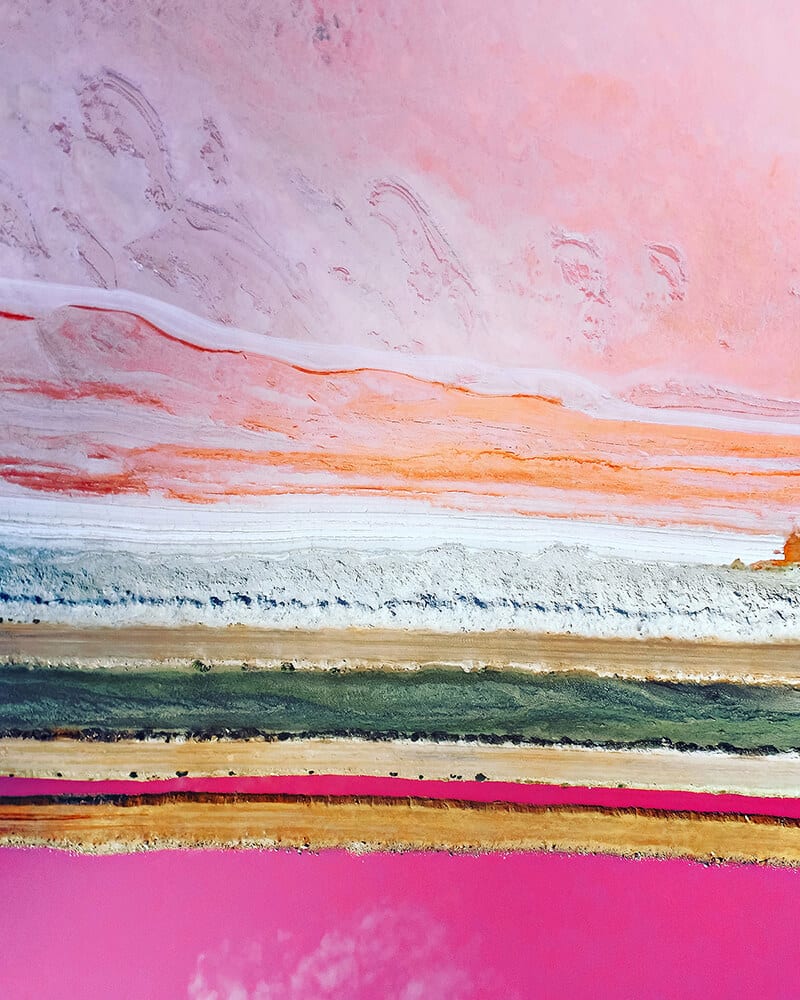 Editor’s comment: In this fascinating aerial shot, it’s almost impossible to believe that these colors emanate from nature. They looks more like thick layers of oil paint built up across an artist’s canvas. It’s a reminder that the natural world can still surprise us quite wonderfully. 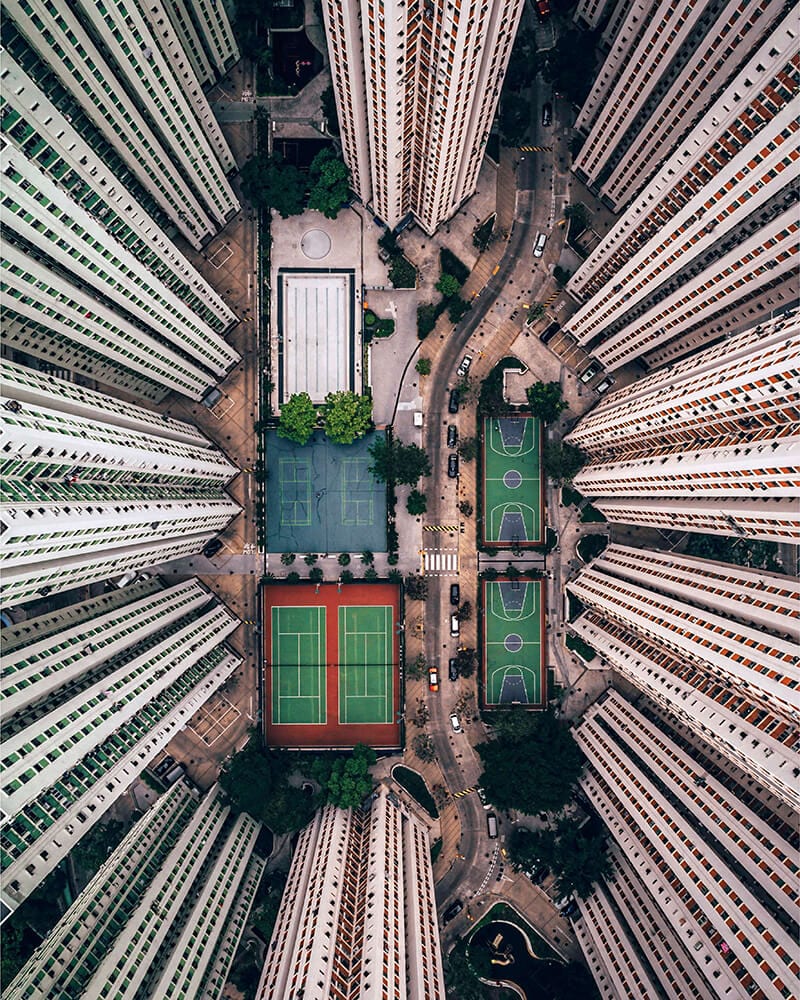 “These images are my perspective of our world. From winding roads and mega residential complexes, to untouched landscapes and man’s intersection with them.”

Editor’s comment: A remarkable perspective, where these impossibly tall and drab towers act to tunnel our vision towards a colorful sports complex below. It demonstrates the almost overwhelming scale of the created world, captured with a satisfying symmetry. 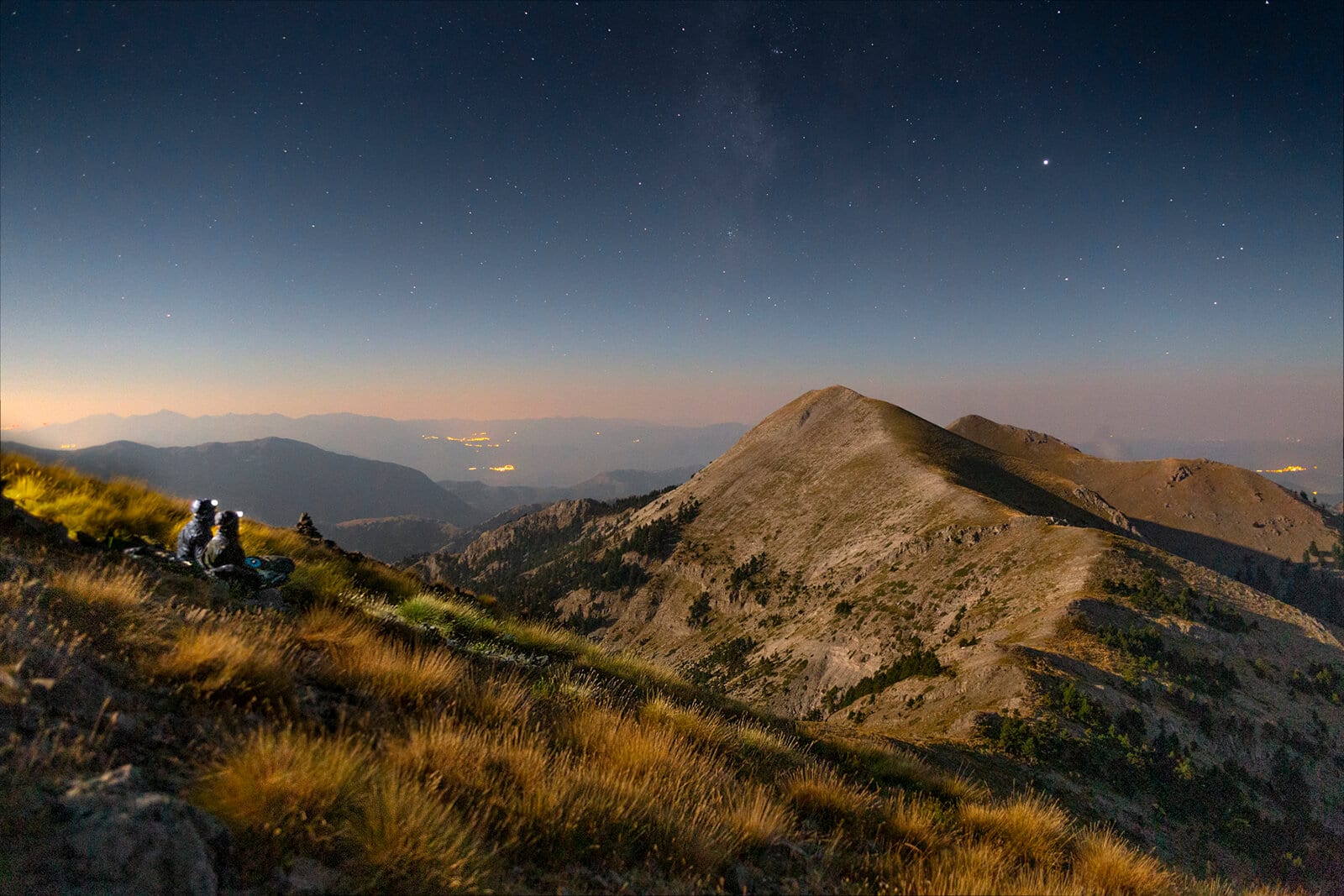 Editor’s comment: Here we witness a quiet, intimate moment between two adventurers in a vast and mesmerizing landscape. As a viewer you feel like the third observer in the scene, contemplating the stunning vista before you picked out in orange light. 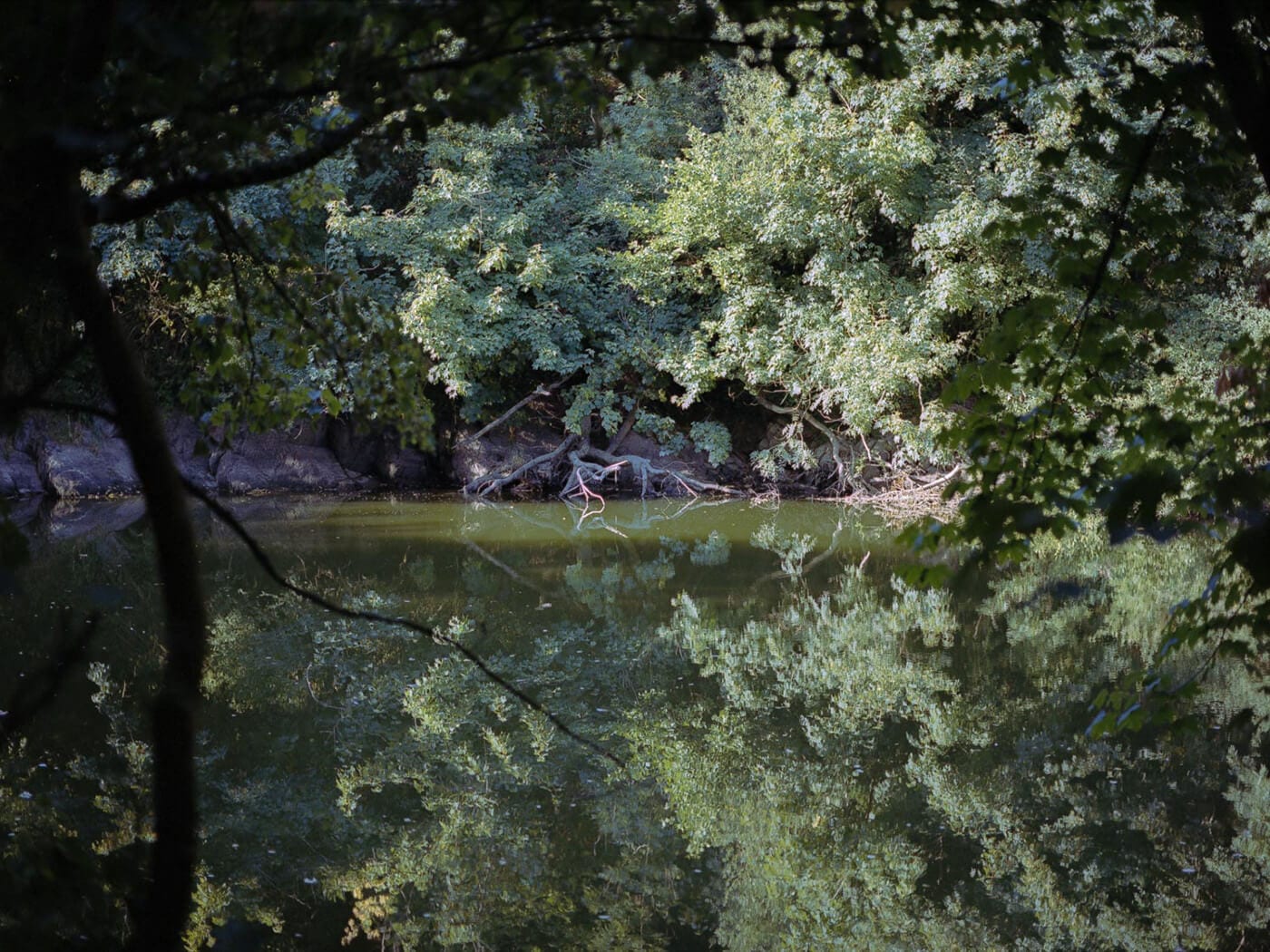 “A long-term body of work that concerns the phenomena of the river Teifi that I live beside in rural West Wales. The series reflects the river’s filmic qualities and my relationship with it, photographing, revisiting and walking through its surroundings day to day since June 2016. The work conceptually revolves around the idea of the sensory plate of perception through the lens. This opens up a philosophical enquiry into perception, duration and transparency which collectively form the Teifi phenomena. Despite its industrial past the local gorge is considered to be one of the most sublime spots to experience the Teifi. Ever since the old slate quarries retired in production, the woods have taken back the area leaving the oldest parts of the ancient woodland to flourish as the river winds its way almost silently between the densely wooded sides with their distinctive under-story flora of wood rush. Due to the river’s presence the wooded gorge creates natural high levels of humidity and maintains this level during its summer months by cause of the tree canopy which limits evaporation by the sun. As a result the woodlands are a haven for mosses, ferns and lichens. In the light of the environmental issues we face today the work is to showcase a celebratory vision of what we stand to lose. It has been made sensitively in response to the environment and has become a series of painterly meditations expressing the Teifi’s timeless environmental energies in order to convey the same experience I had when making it.”

Editor’s comment: A gorgeous, understated image, providing of the river framed in dense foliage. The image has a quality of being both rich with sharp detail, and also ethereal, hazy and almost dreamlike. That combination is perhaps the root of the magic that Isabella describes in her statement. 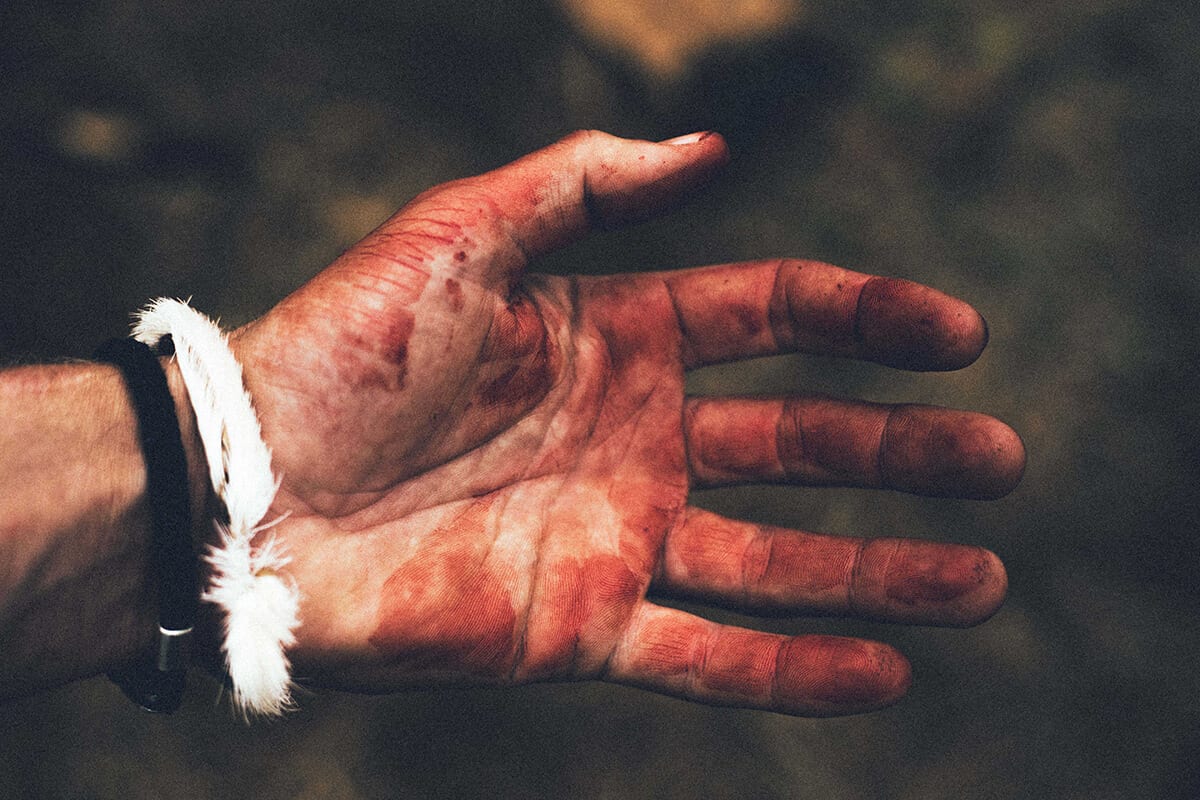 “During my stay in Kenya I witnessed the difficulty of life in various ways that different groups of people and animals face daily. Often people pity the wildlife such as elephants, hyenas, monkeys and lions for being harmed or killed by locals. However people forget that elephants are also a large threat to locals. They often see their farms destroyed and crops eaten. As a consequence families are ripped apart and forced to work in cities. For many of these farmers taking away the threat is a common solution meaning wildlife will be harmed or killed. This killing can also be part of tradition. For the Kamba Tribe this is the case. For ages they hunt on bushmeat to provide for their families and honor their tradition. However due to Western pressure, hunting bushmeat is now by law illegal. As a result you take away long-standing traditions and deny specific cultures from existing…”

Editor’s comment: A very real view of human interaction with the natural world, both in the blood smeared palm offered towards the camera, and the animal-fur band around its wrist. In a modern world designed to separate the consumer from where their food and animal products come from, it’s a simple and direct reminder, capturing some of the tension Pieter describes in his text. 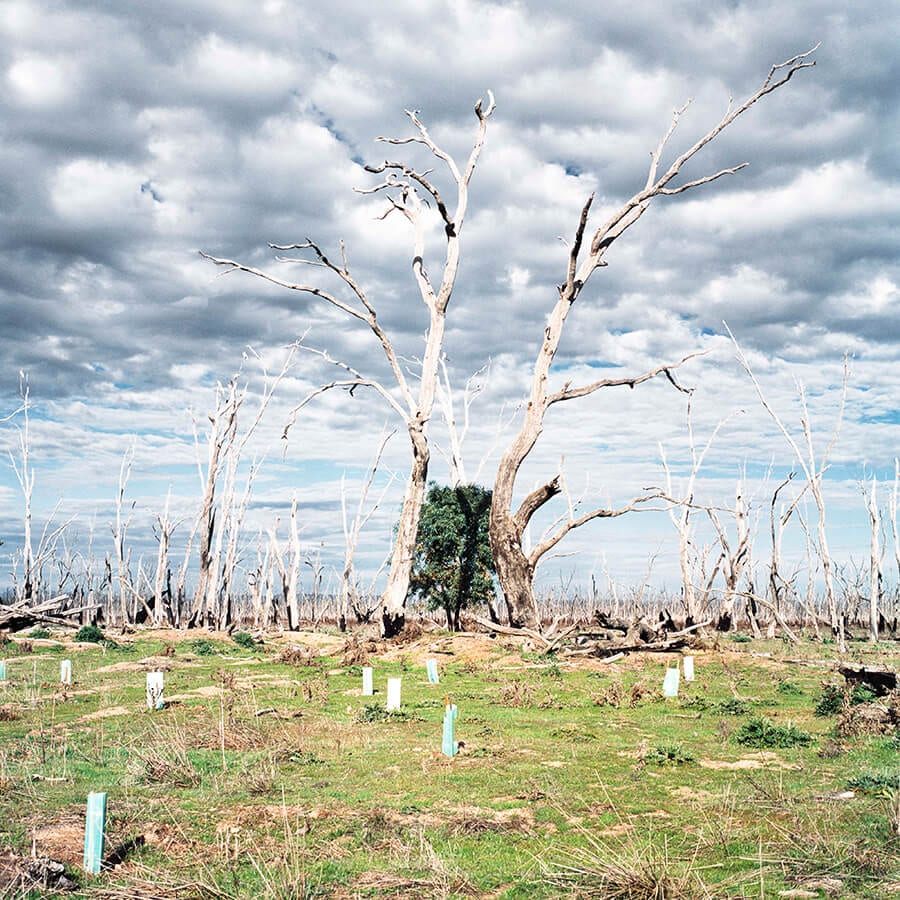 Editor’s comment: There’s something magnetic in this scene – how these two near-symmetrical tree trunks, bleached in the harsh sun, reach upwards at the front of a forest of similar, dead trunks. They tower above a live tree between them, and saplings wrapped in protective sleeves sprout in the foreground, but they almost look like graves. It’s a remarkable dichotomy of life and death. 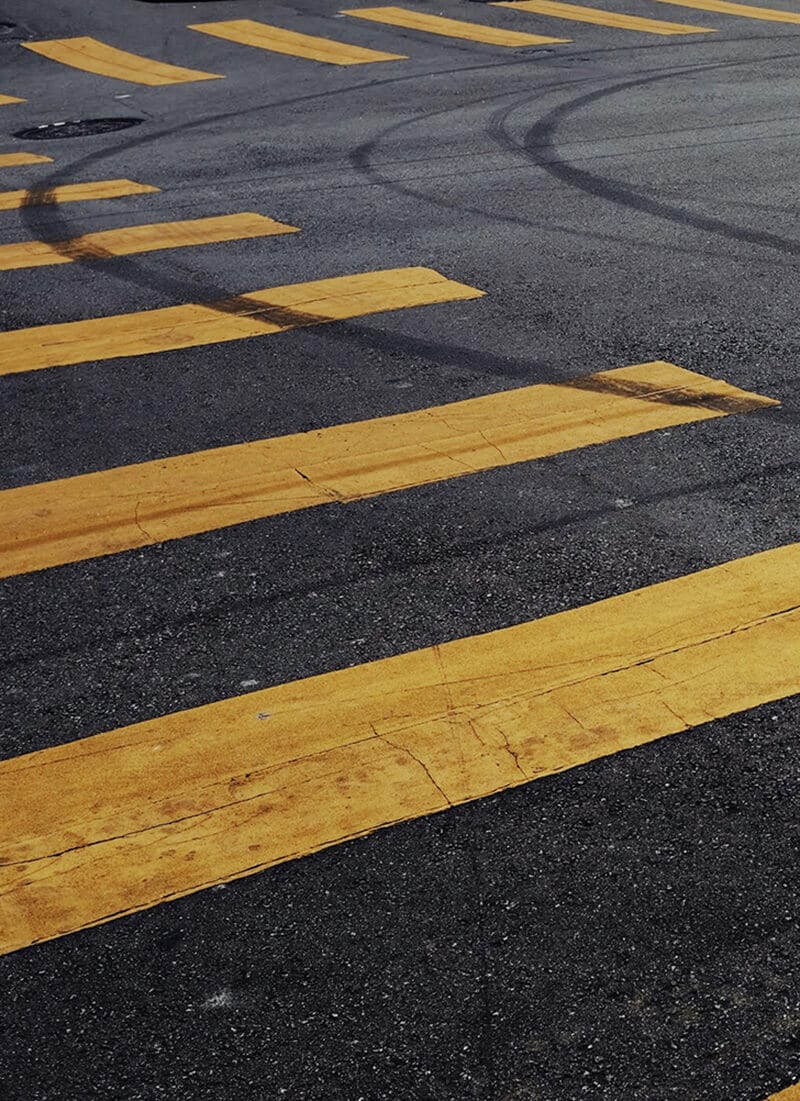 Editor’s comment: A man-made surface, scarred with the traces of moment – here Finn describes an increasingly ubiquitous face of the earth; one of asphalt and industry. With a satisfying combination of curves and straight lines, the tight composition draws the viewer through the scene. 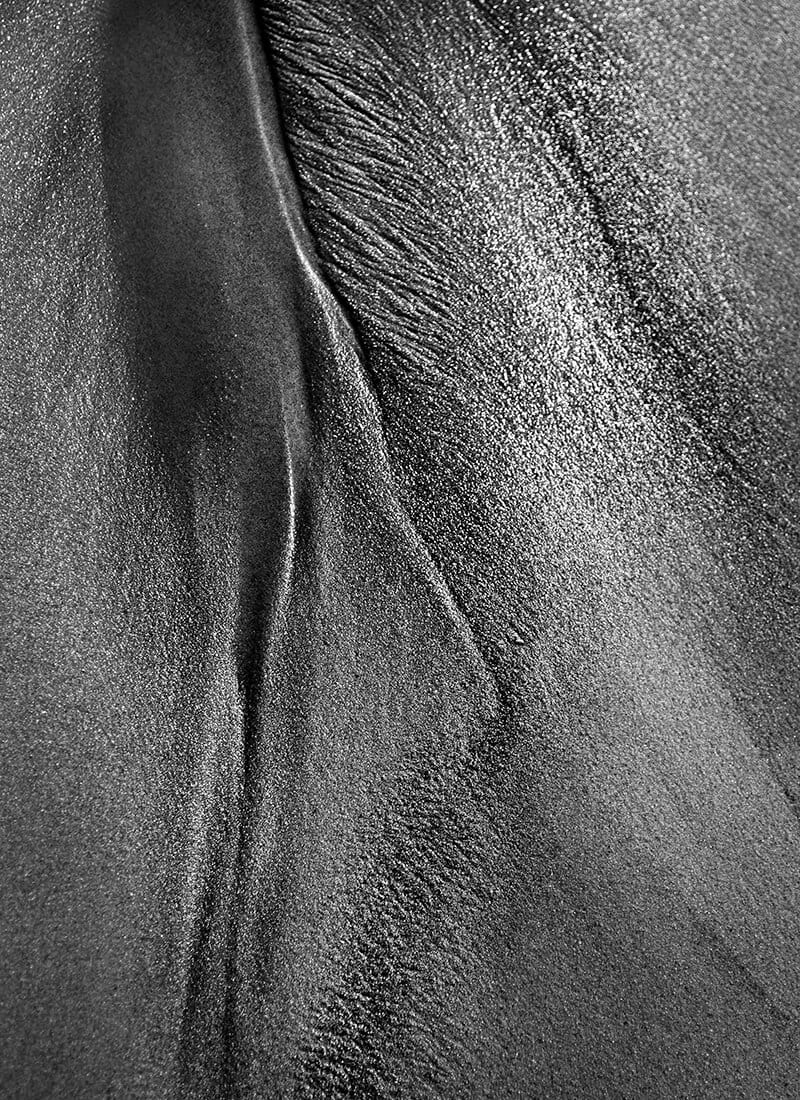 “The photographs from this series were taken during my daily early morning walks along the beach. One of these mornings, I noticed beautiful and intriguing patterns on the sand created by the tides. The high tide and low tide are caused by the gravitational forces exerted by the Moon, and these are the same forces that regulate the cycles in the body of a woman. These are two wonderful phenomens that are in constant rise and fall, in a harmonious and eternal change. The patterns in the sand symbolize for me this never-ending fluctuation that occurs everywhere in the nature, including the female body.”

Editor’s comment: With a gorgeous, monochrome light that refracts like glitter, Karolina captures the traces of water movement across sand, here analogous with wrinkled skin. It feels sensuous. 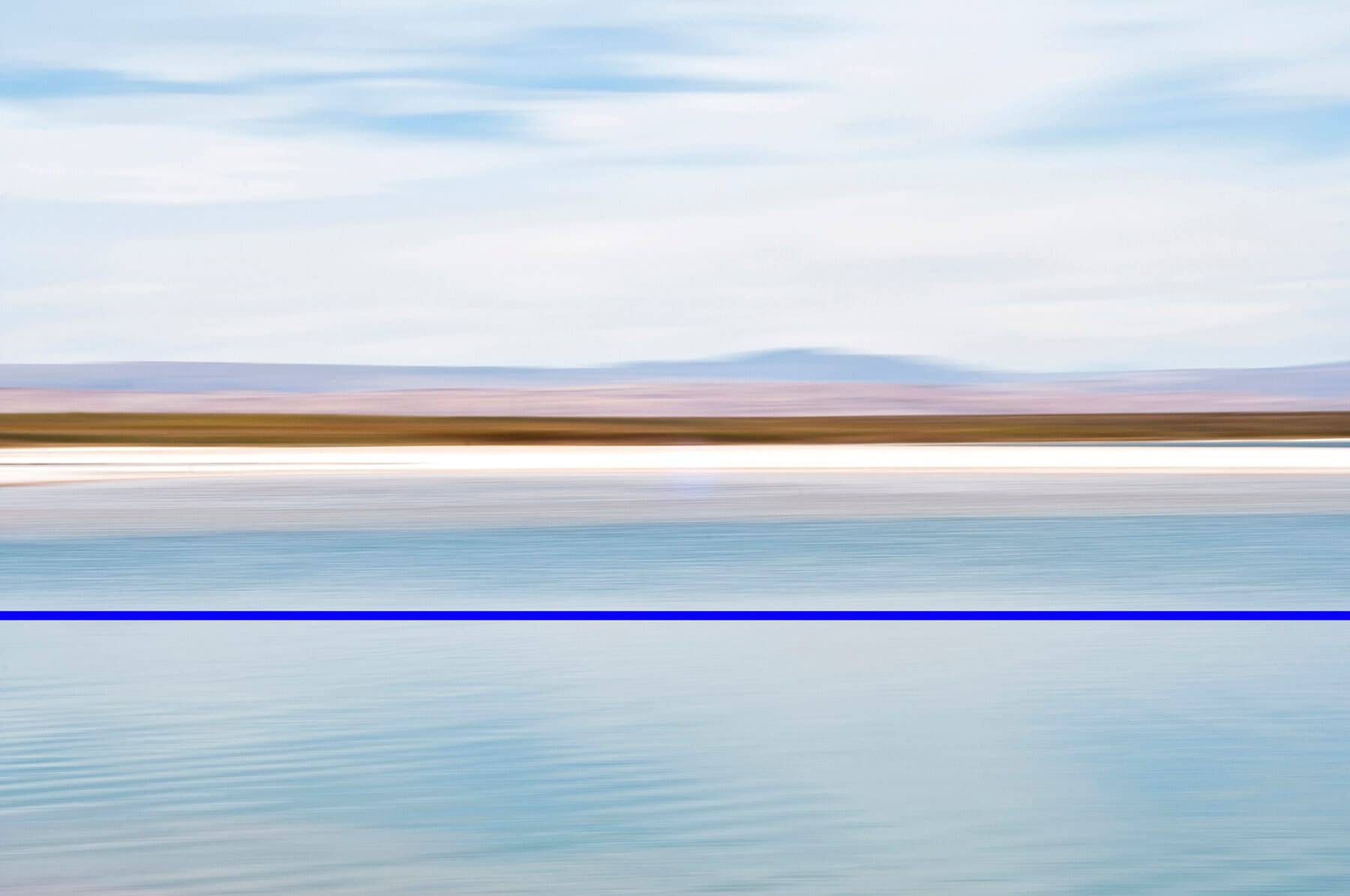 “A multimedia project that includes photographs, sculptures and installations. The inspiration came from a dream. I’m an Italian artist but for the last few years I’ve lived in Brazil and this has changed my way of seeing and photographing. This project explores the transition between the conscious and unconscious. The disorientation and uncertainty are the sensations of our time and the same ones that the photographs intend to trigger in the observer. The elements represent a transition as a psychological process and spatial condition – a window into a parallel universe. The choice of colors is important to lead the observer on psychological, introspective journey.”

Editor’s comments: Somewhat reminiscent of Gursky’s ‘The Rhine II’, here a single pixelated line is contrasted with a natural landscape that blurs with movement before us. Playing with the juxtaposition between digital and analog, sharpness and softness, vibrancy and subtlety,  Fabian creates something quite alluring. 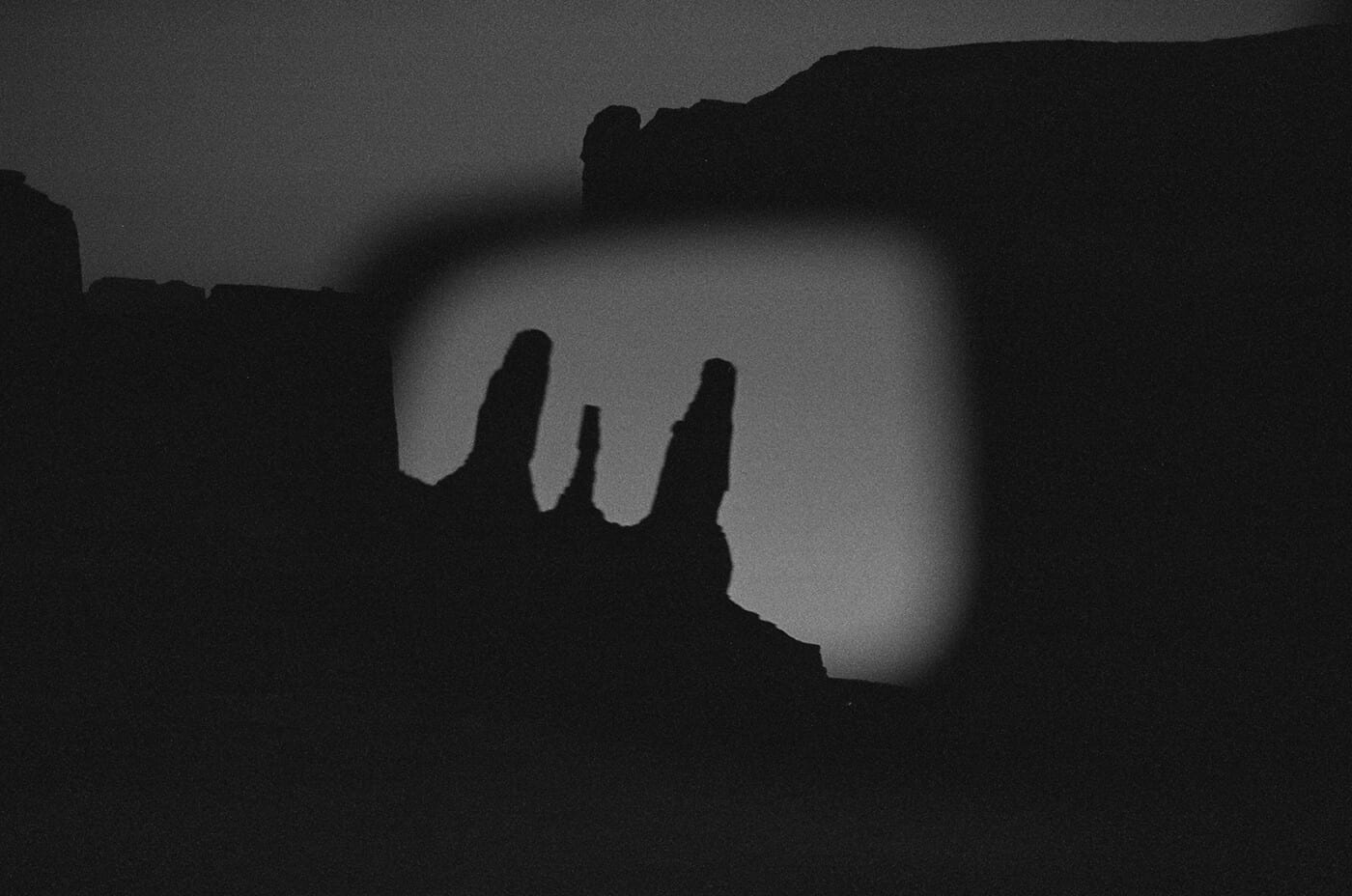 Editor’s comment: A wonderful semi-abstract composition of jagged rocks – perhaps Canyonlands in Utah – through a car wing mirror. Sapped of any color, it feels bleak and haunting – an interesting perspective and perhaps a wry comment on tourism and how we choose to experience the world as contemporary tourists. 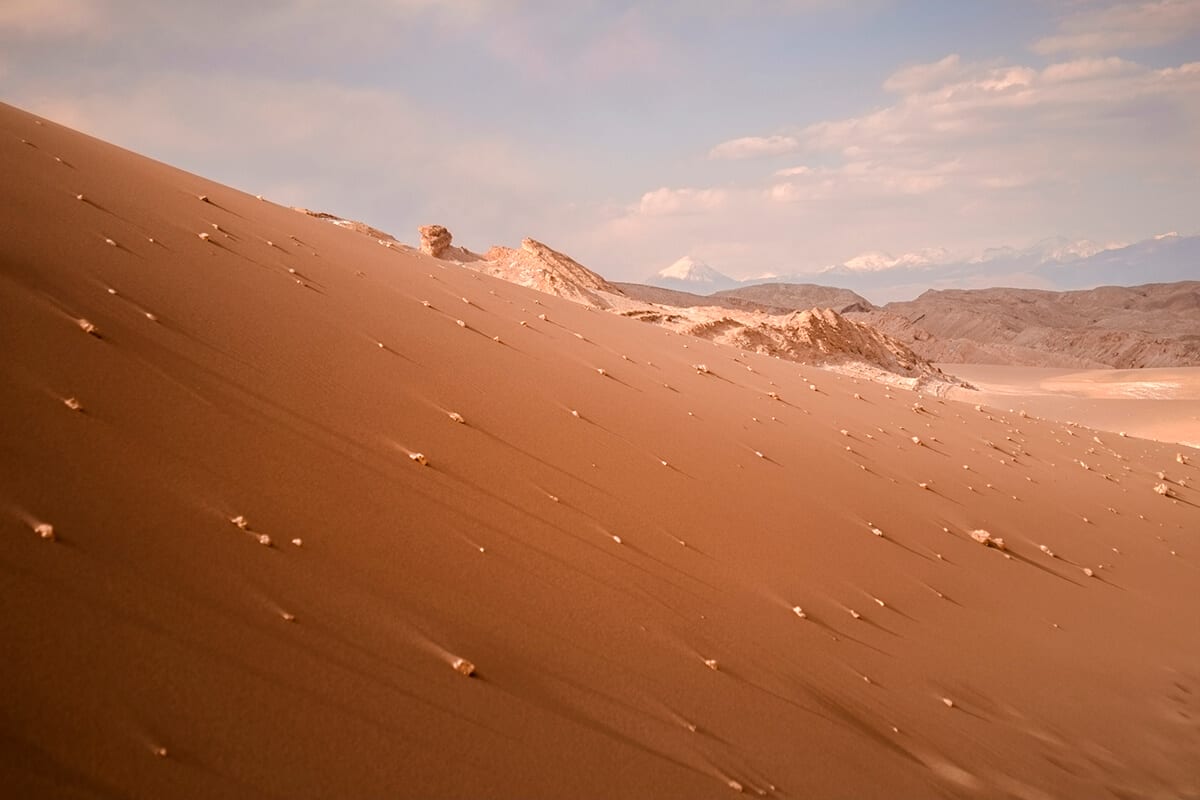 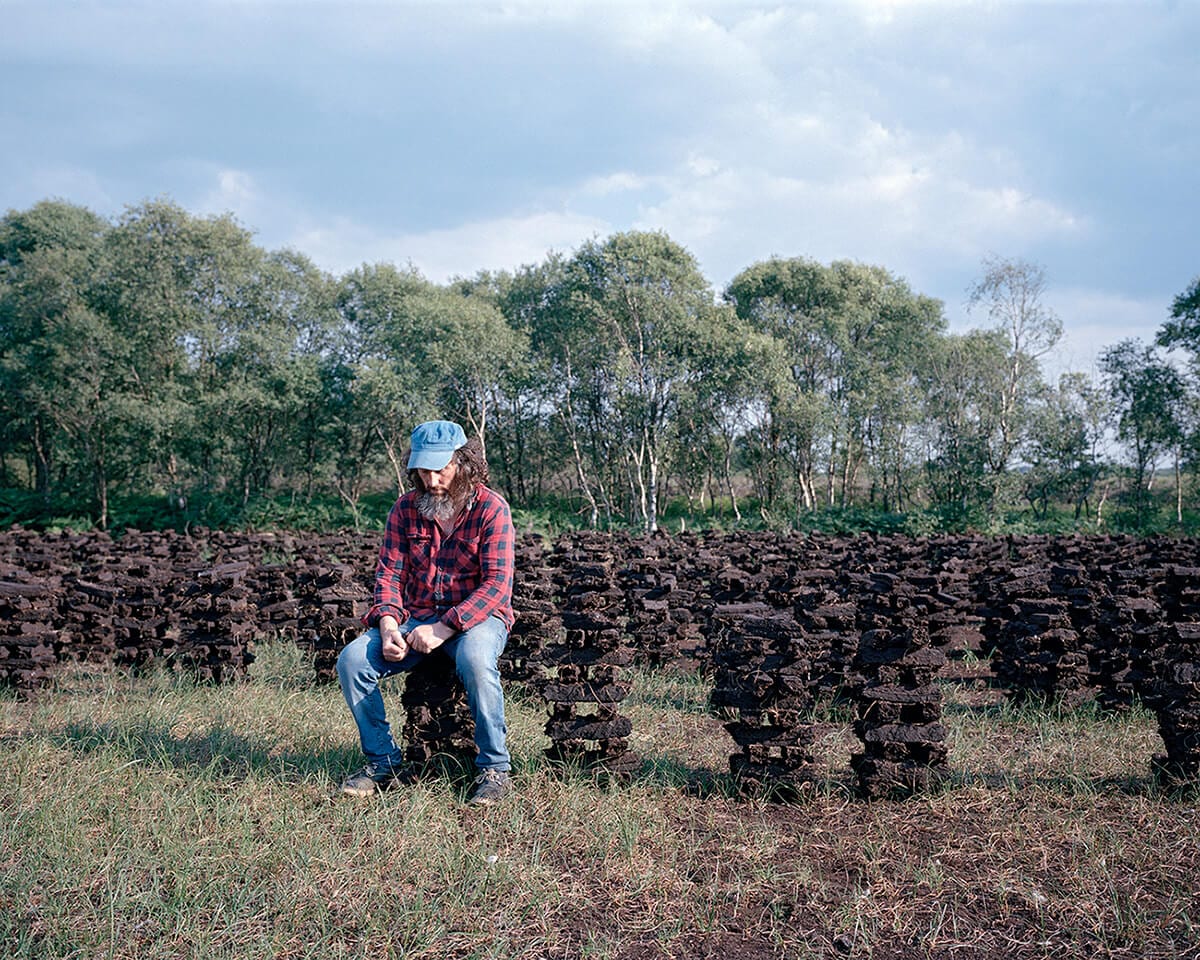 “The work examines the peat lands and degraded raised bogs of central rural Ireland. Peat extraction and turf-cutting have led to significant depletion of Ireland’s most characteristic landscape. Environmental concerns to reduce fossil fuel consumption have resulted in pressure to preserve peat bogs and cease peat extraction heralding significant change for affected communities and the landscape. Beofhd is an Irish word which translates as life beneath the sod and the various extractive processes depicted in the images act as a metaphor for an archaeology of a history that is preserved beneath. This forces a potentially uncomfortable negotiation with a resurfacing past whilst interrogating our position within an ecosystem we inhabit and form part of.”

Editor’s comment: Sat contemplatively on one of his stacks of peat bricks, this man’s posture seems to capture so much of the tension described in Shane’s statement between tradition and environmental concern. With so much of the visual language around climate change focused on aircraft in flight, snaking traffic jams, or huge factories billowing fumes into the sky, it’s interesting to see a perspective so personal and human – real people working with their hands, as generations before them have done. Shane’s work acts as both a fascinating cultural insight, and addition to the climate discussion. 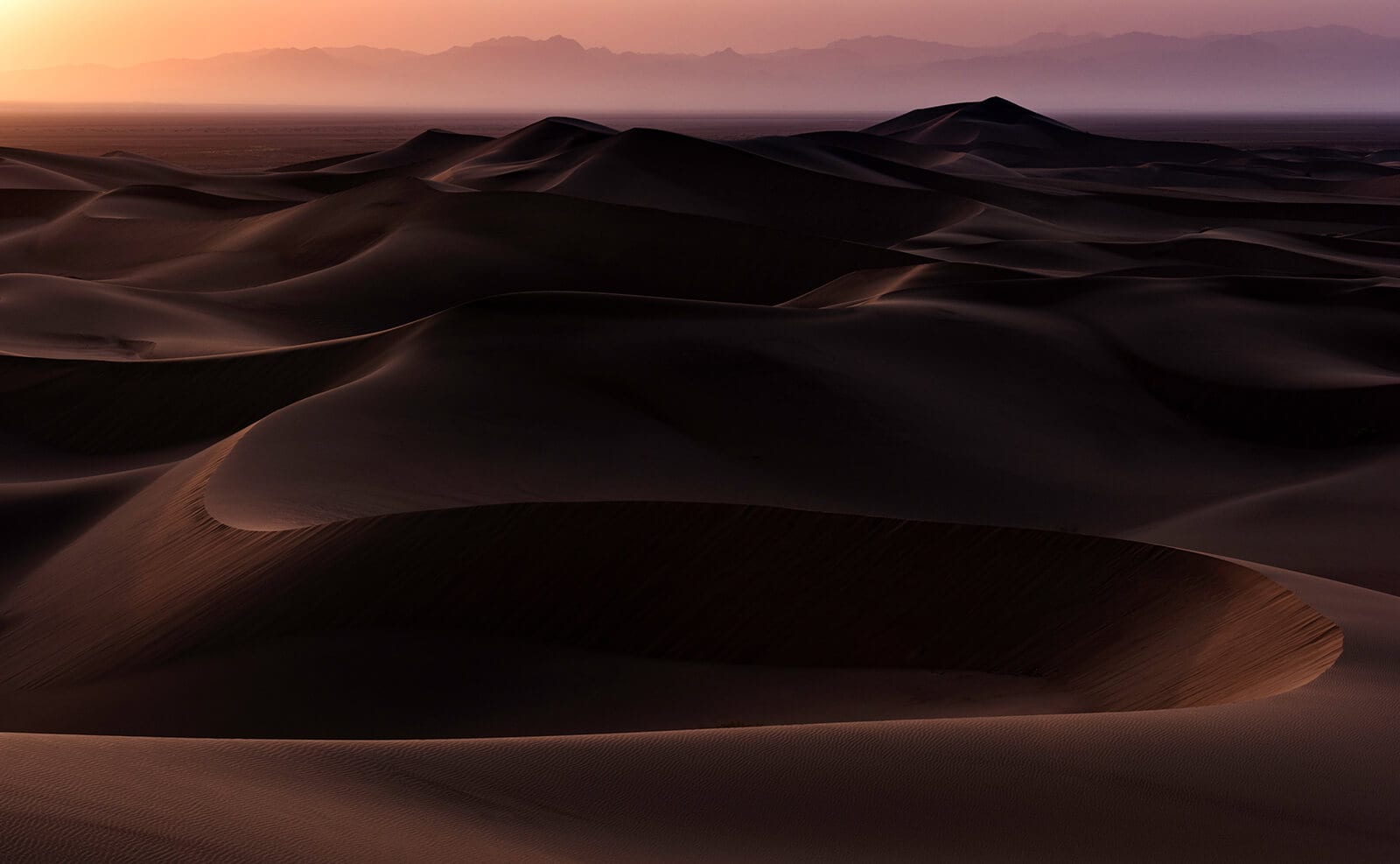 Editor’s comment: Exquisitely lit with the fading light of day, these sand dunes shimmer in the haze, the viewer’s eye sweep back and forth along their apexes. Reza gives us a gorgeous, painterly landscape, imbued with a sensuous palette of oranges and pinks. 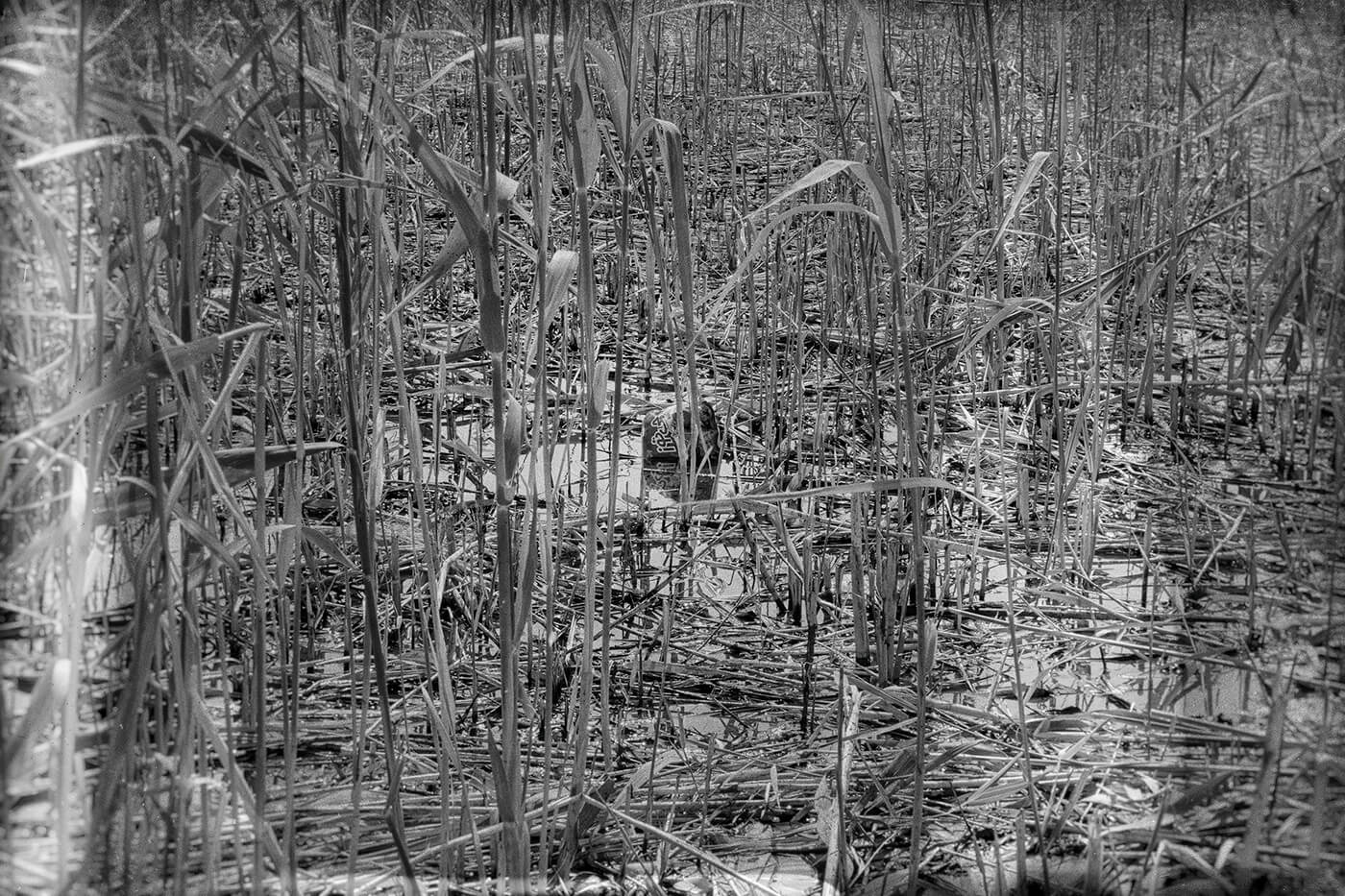 Editor’s comment: A single piece of trash, framed centrally in the dense latticework of reeds, acting as a grounding point for the eye in an image that otherwise overwhelms with information. As we continue to pollute and degrade the natural world, this is a simple representation of that idea – is there anywhere left untouched? 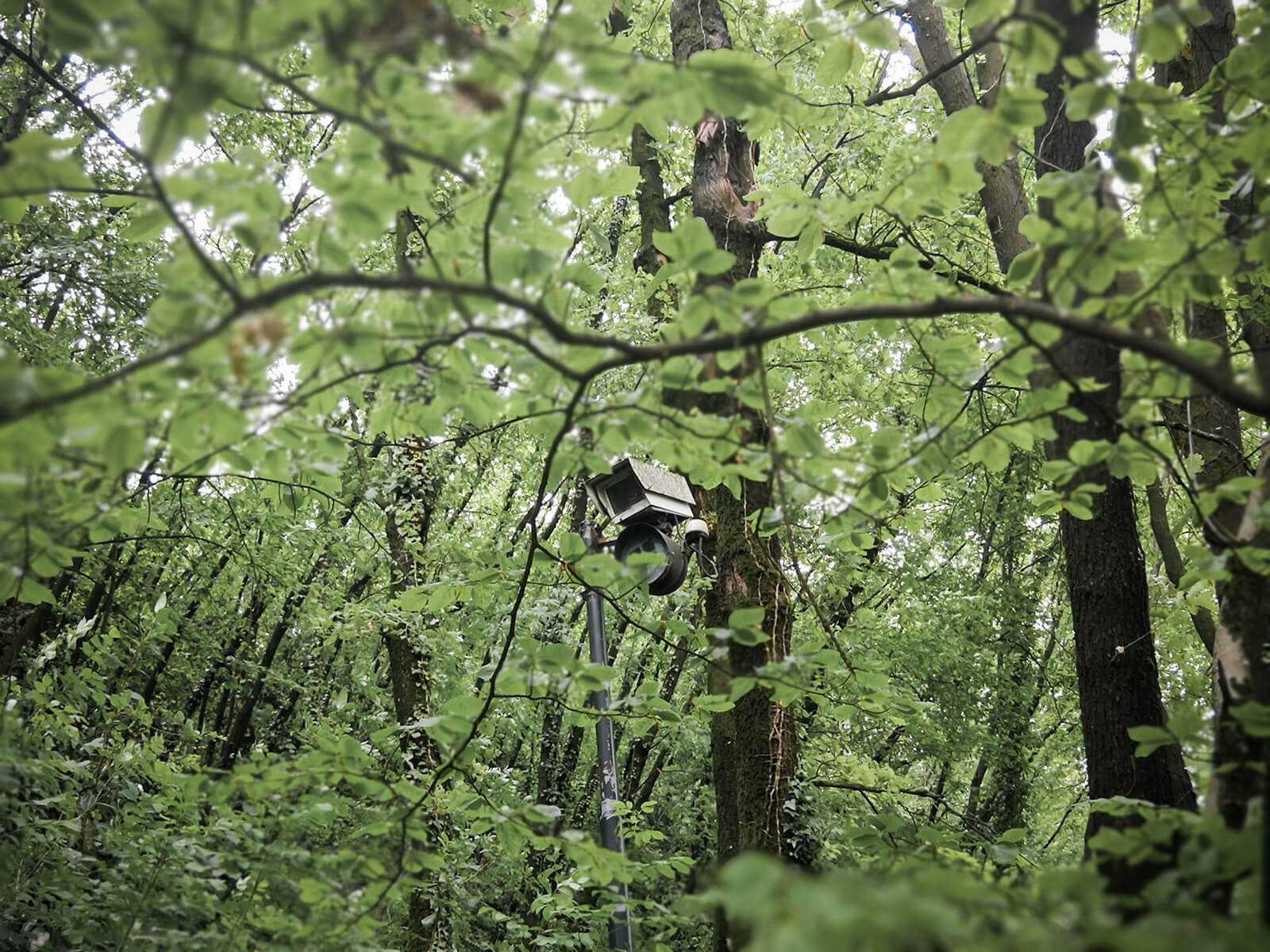 Editor’s comment: Through selective framing, Tommaso presents something quite absurd – this security camera, camouflaged in the dense foliage, observing a benign forest scene. With concerns over human surveillance and use of personal data regularly covered in today’s media, this image is a fabulous distillation of the zeitgeist. 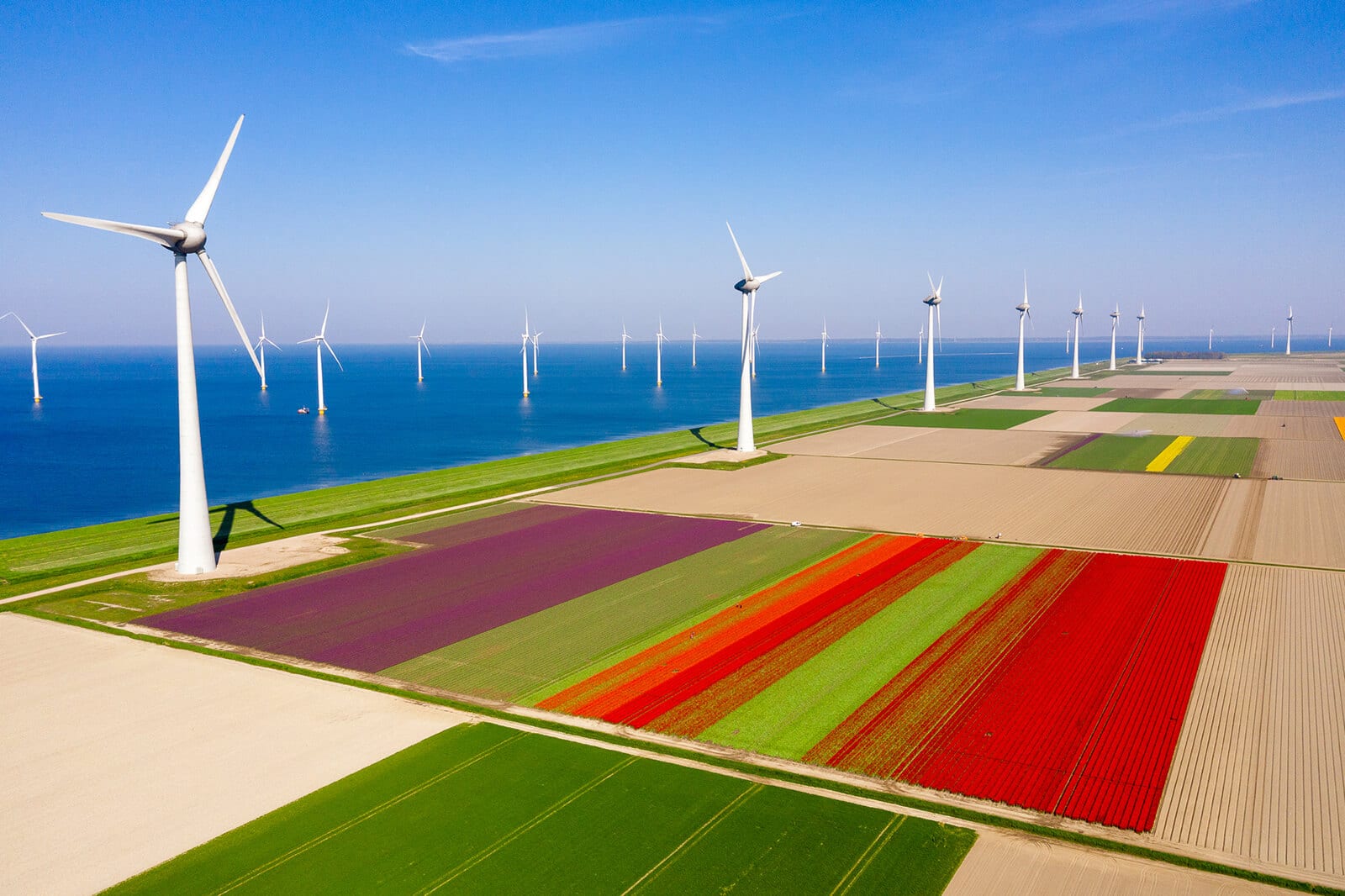 Editor’s comment: Rendered in vibrant tones, we see farmland a wind turbines arranged with satisfying geometric order – a striking view of the face of the earth modified for man’s needs. 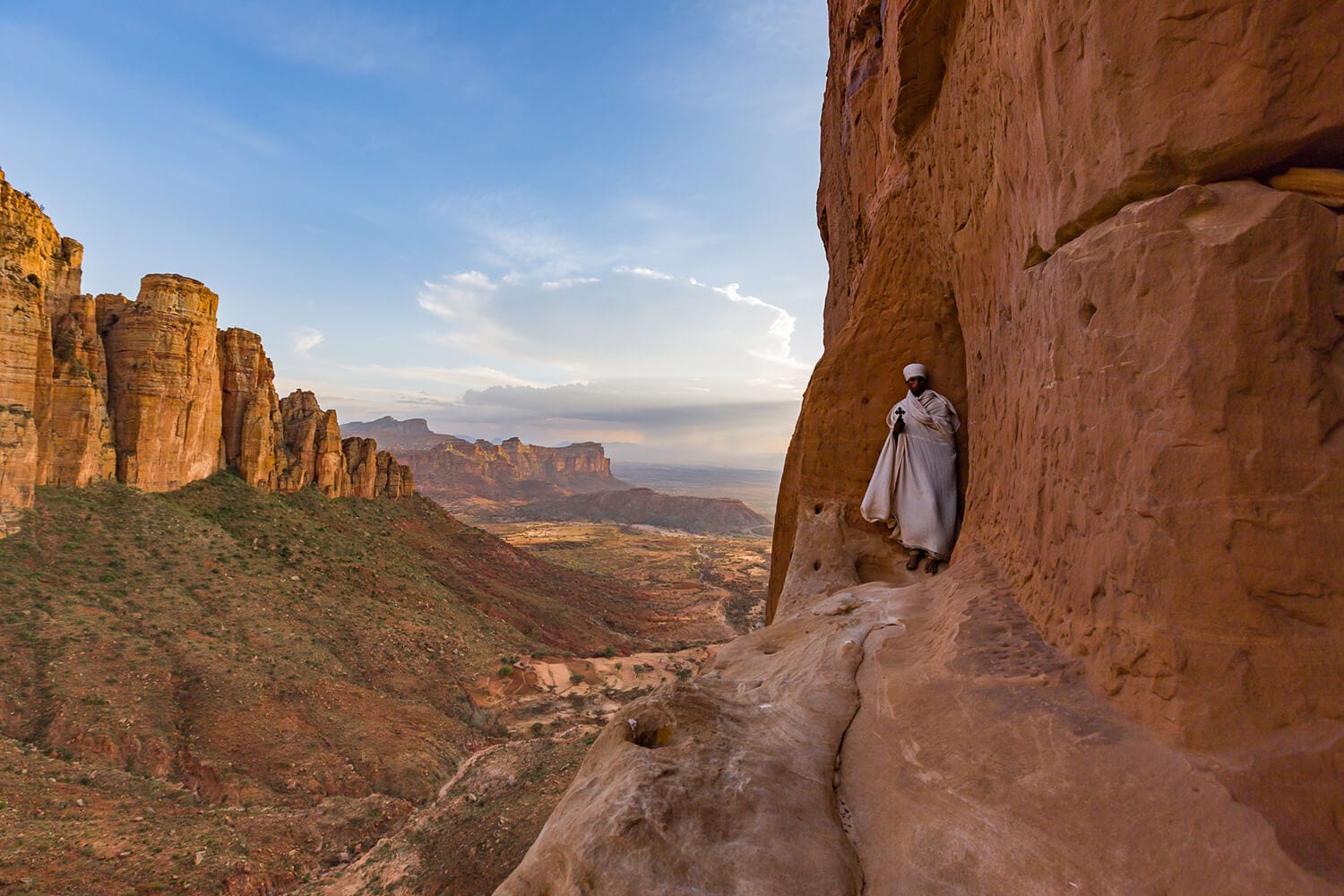 “The narrow path to the Church Sunset at Abuna Yeamata Guh Church in Ethiopia. It’s one of the least accessible churches in Africa – to get there takes about 1 hour of very steep climbing and at the end about 7 meters of freestyle climbing. In this photo a narrow path leads to the church entrance where a priest stand about 250 meters above the ground below. In the 5th century priests from Egypt quarried the church out of the rock.”

Editor’s comment: A remarkable view from the precipice, with this priest guiding us into a hidden church high above the valley floor. It’s a spectacular composition, achieving what the best travel photography does – giving perspective on a fascinating place, and leaving the viewer itching to see if for themselves.