Heaven under our Feet

THE FACE OF THE EARTH

The Face of the Earth Editors’ Pick

“Heaven is under our feet as well as over our heads.” – Henry David Thoreau

Following the selection of winning images for our theme ‘THE FACE OF THE EARTH’, this compilation of 20 images, selected by the Life Framer editors represents some of the other talented photographers whose work struck us and left a mark. Some are more literal representations of the theme, and others are more abstract, but each one is a stunning image worthy of exposure and attention. 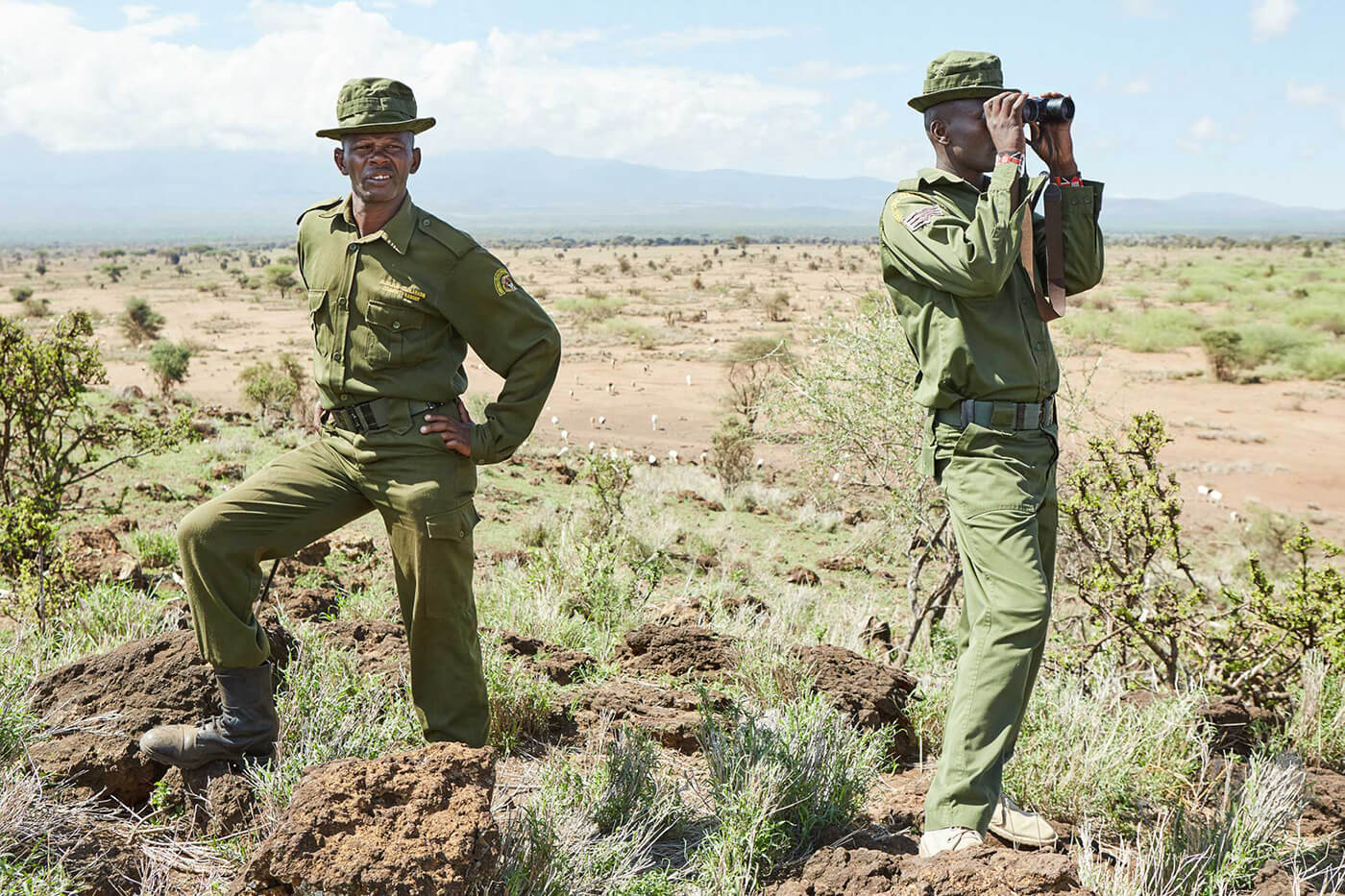 Image and text courtesy of Alex Grace from the series On Patrol.

“This is a selection of images from my project On Patrol in which I shadowed the Big Life rangers as they patrol the eco-system of Amboseli, Kenya. Their job is to protect the animals and prevent poaching”. 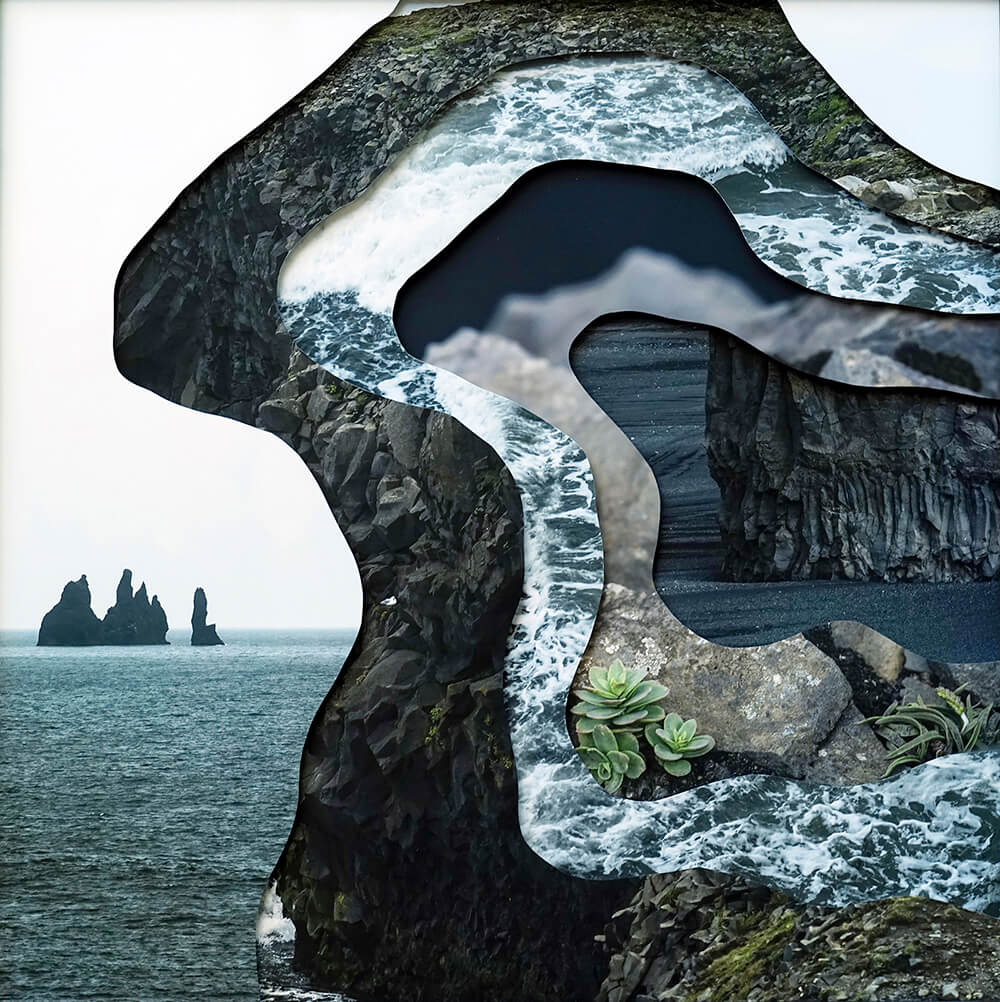 Image and text courtesy of Charlotta Hauksdottir from her series Imprints.

“The physical space of landscapes can be closely tied to a person’s identity and sense of being infused with personal history. The composite textured landscapes in the series are a re-creation of places and scenes from an estranged homeland. The series includes human-scale composite images – images that utilize fingerprints that evoke the uniqueness of our connection with nature and abstract landscapes where several sheets of photographic paper with variable cutouts are layered together imitating landforms that have been born over time. The visible and obscured parts of the landscape suggest the interplay of effects between man and nature as well as the imperfections of memory, with juxtaposed textures emphasizing the mind’s inability to retain and fully comprehend its environment. The discontinuity between the images also induces the viewer to draw on their own experiences to complete the work. Finally, by utilizing the textures of human fingerprints the images speak to our individual responsibility for our impressions upon nature”. 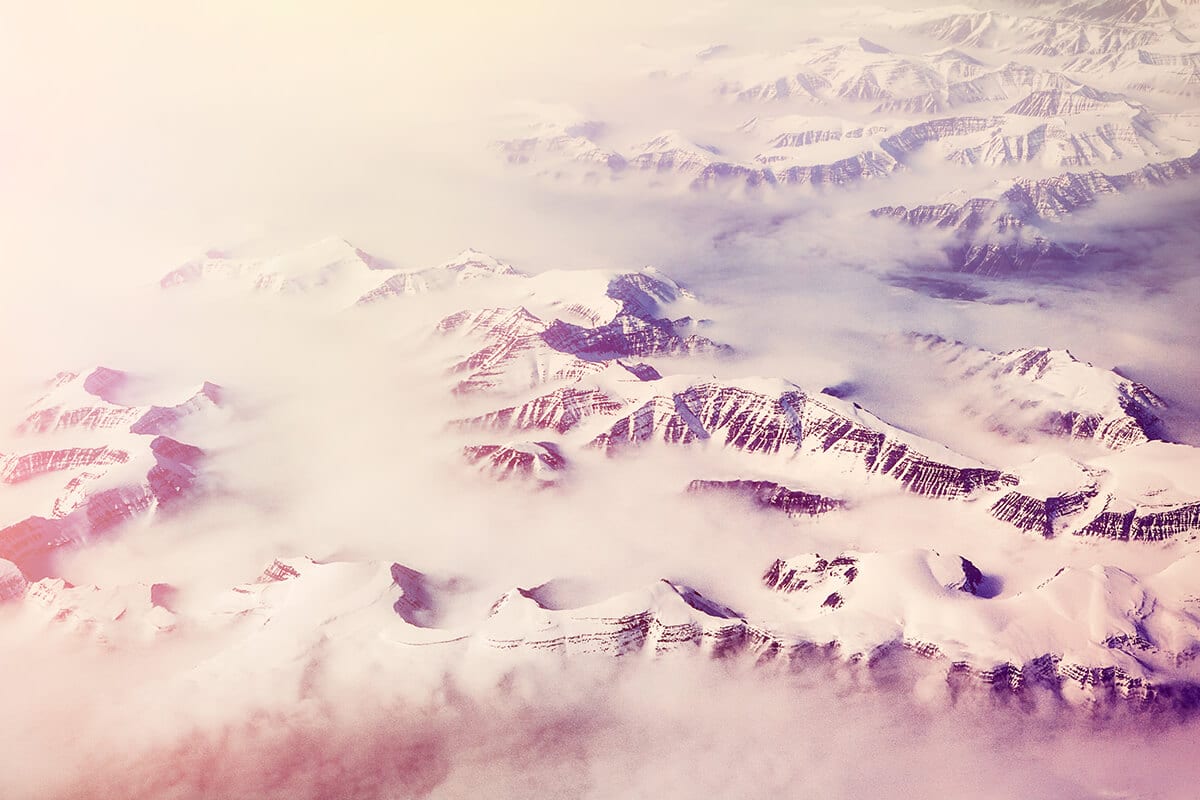 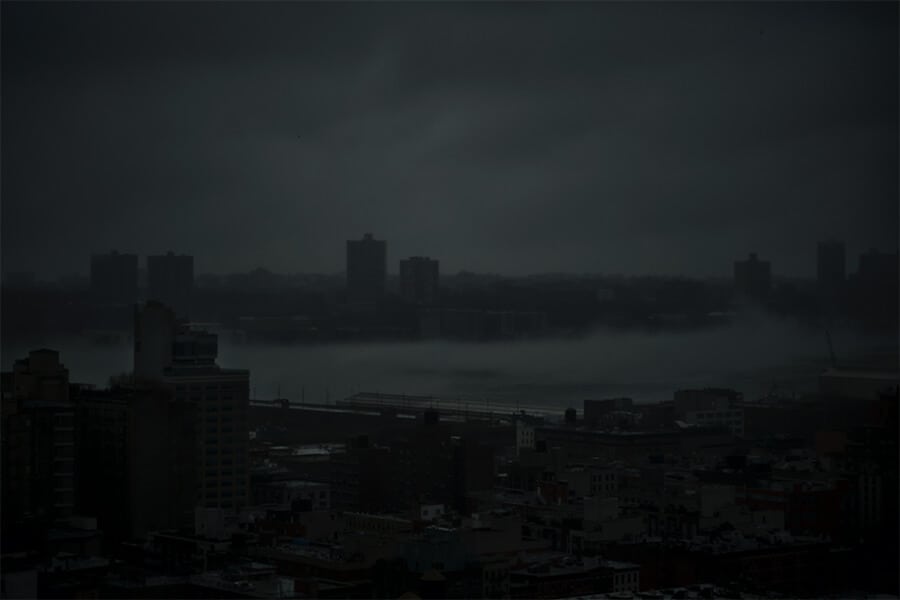 Image and text courtesy of Ye Fan from the series Noir Rain.

“Inspired by Chinese paintings using black ink, Noir Rain is a series of landscape of New York City during rain and fog, sequenced with images of Greenland. The series is aimed at investigating how water engages and struggles in a natural setting versus an imposing urban landscape”. 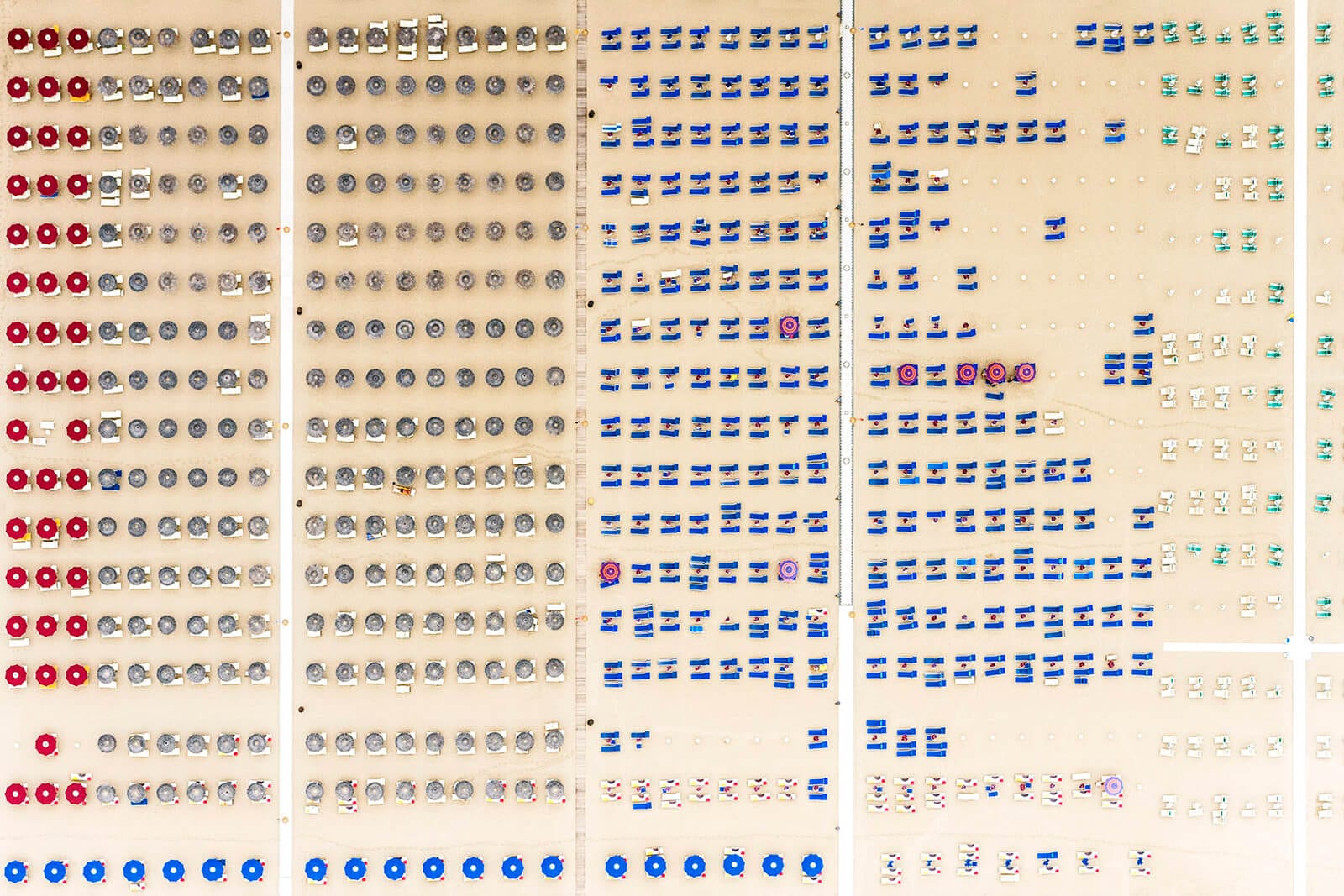 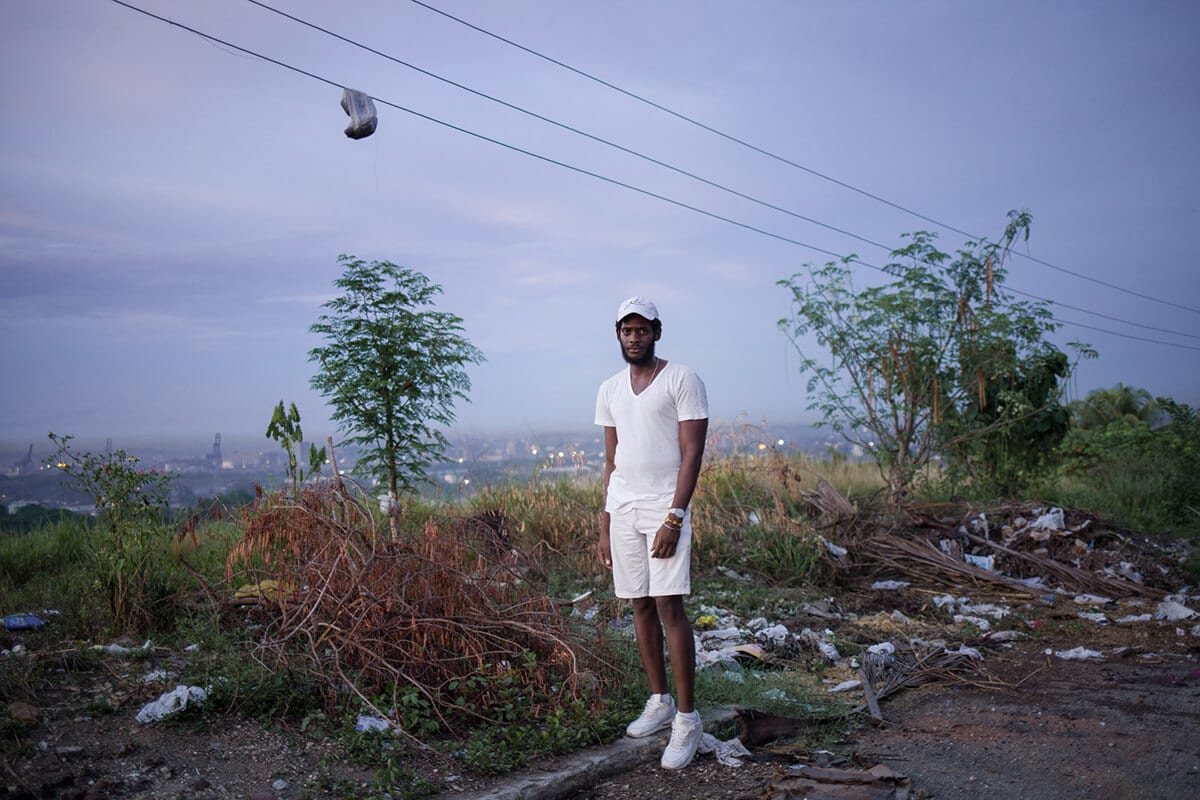 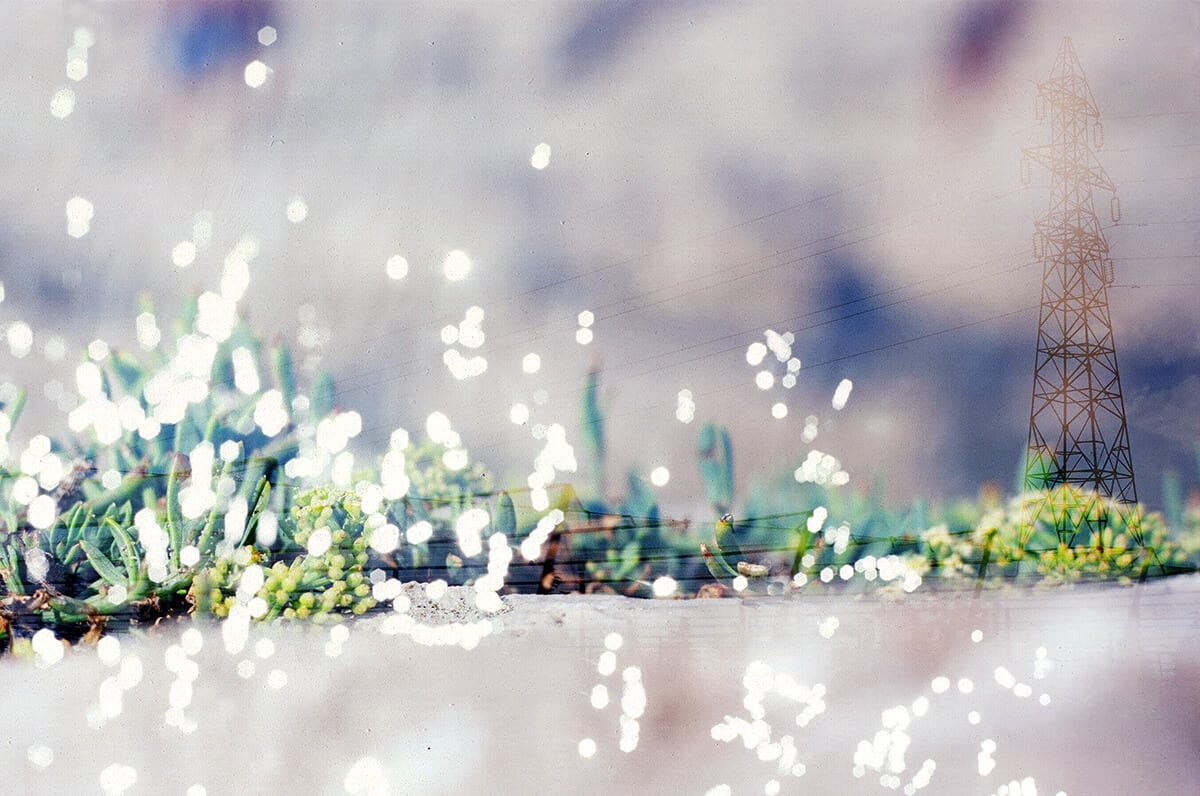 “A travel diary of chaotic beauty and colourful abstraction documenting journeys through the landscapes of the UK, France and Spain. Avoiding any deliberate regional classification I allowed the images to form chronologically, unifying the three countries into one emotional state. Using triple exposures on 35mm slide film I chose to blend and to overlay flowers, plants, the land, and ripples of sunlight on the surface of the sea, thereby recording my experiences in a series of ethereal images that emulate memory and movement through time and place”. 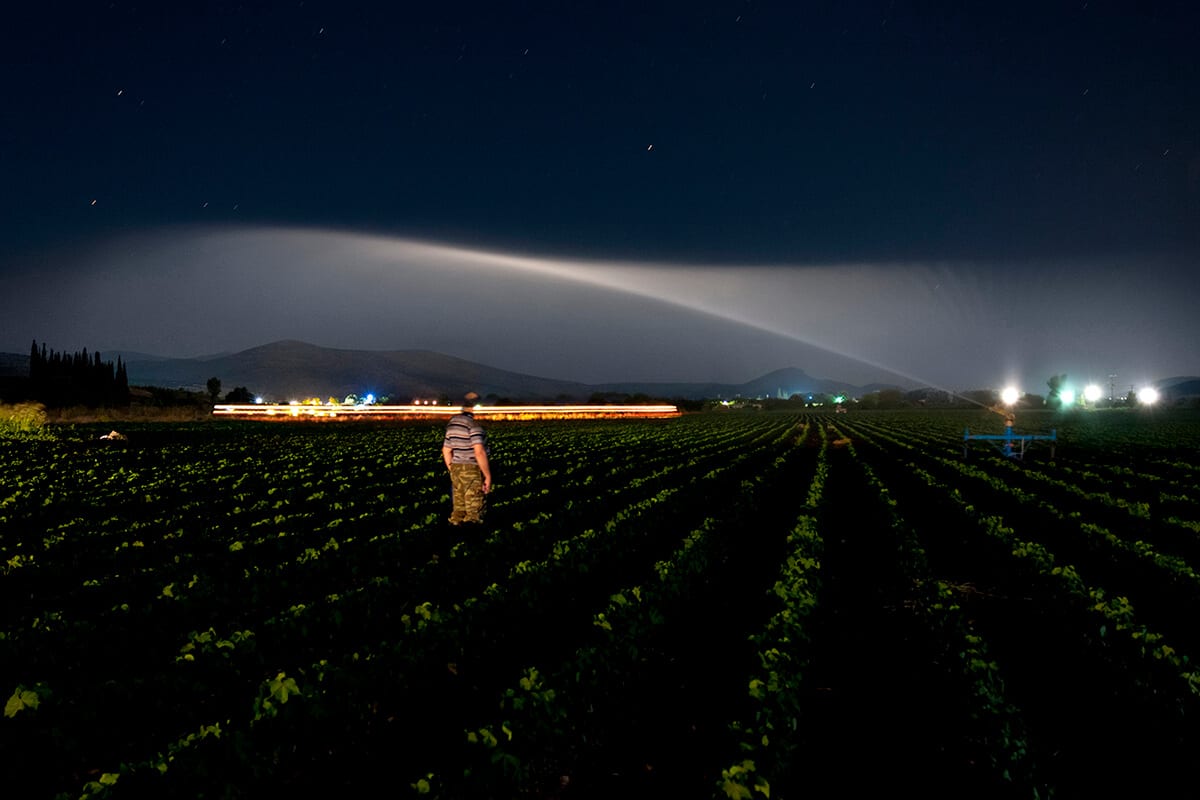 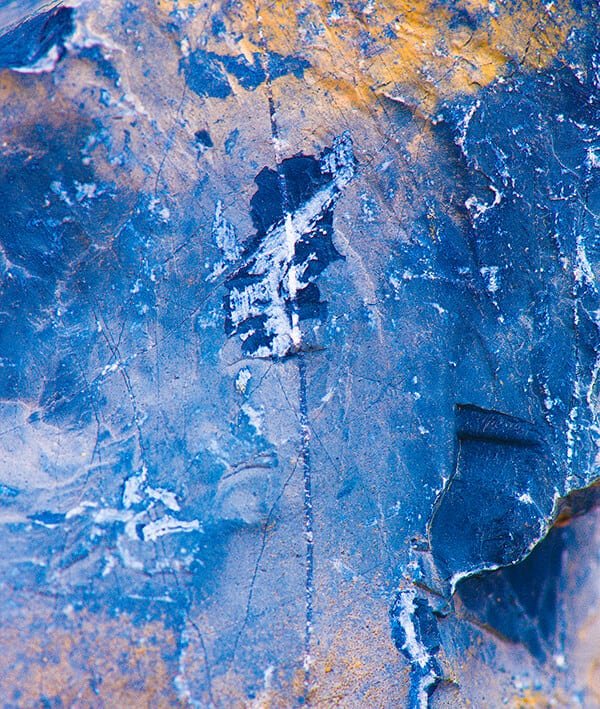 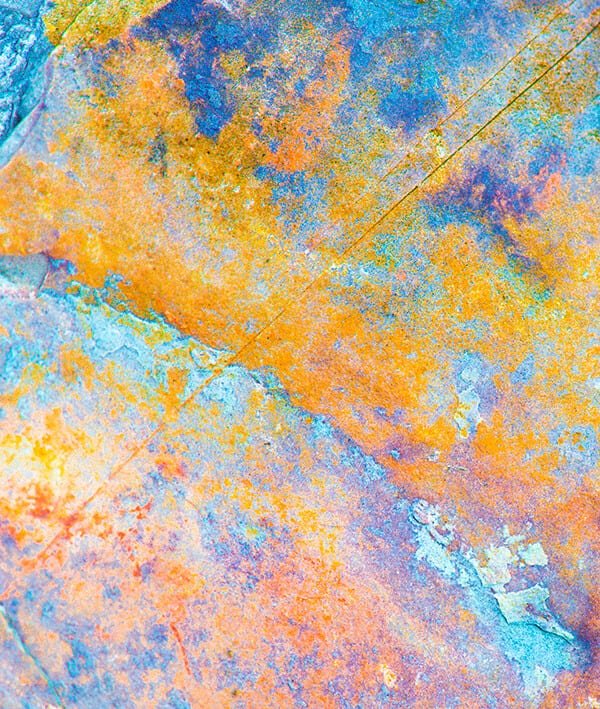 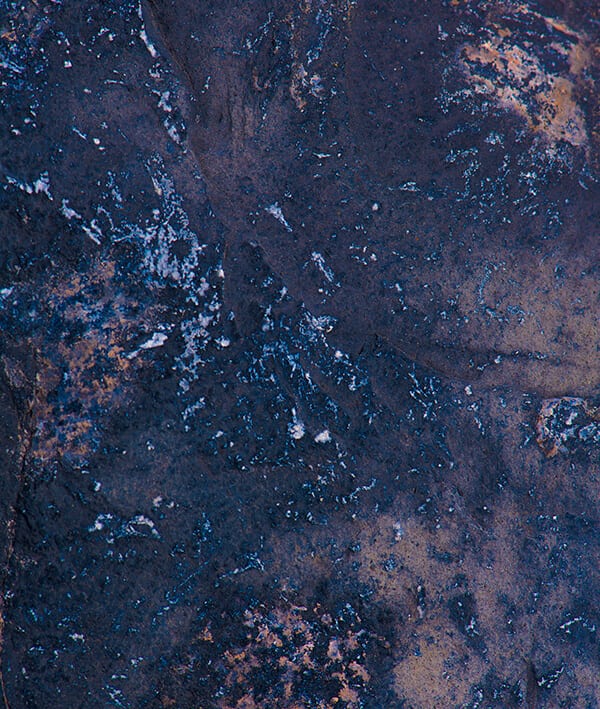 Images and text courtesy of Killa Schuetze from the series Total Recall.

“The former coal mining grounds of Zeche Zollverein in Essen are wrecked earth. Rocks, millions of years old, were torn from their infinite subconscious existence and exposed to the surface. Back then coal extraction fuelled the industrial revolution. Today resources continue to be extracted from the earth – its rare elements forming the heart of seemingly bodiless digital technology. Everything we call digital – immaterial and artificial – has its origin in the earth. In its material memory it holds memories of ancient development while providing the foundation for – and envisioning the potential of a distant future. Today the scars of industrialization run through the earth like a hidden network. As if back then already the Earth imagined realities of our time. Are the components of a stone already memory carriers before they are extracted and combined with other minerals to form storage media? Are they able to communicate? Can stones remember? And what if they wish for things? What if the earth dreams? Is our reality a speculative reality? Are we a dream dreamt by an Earth devastated?” 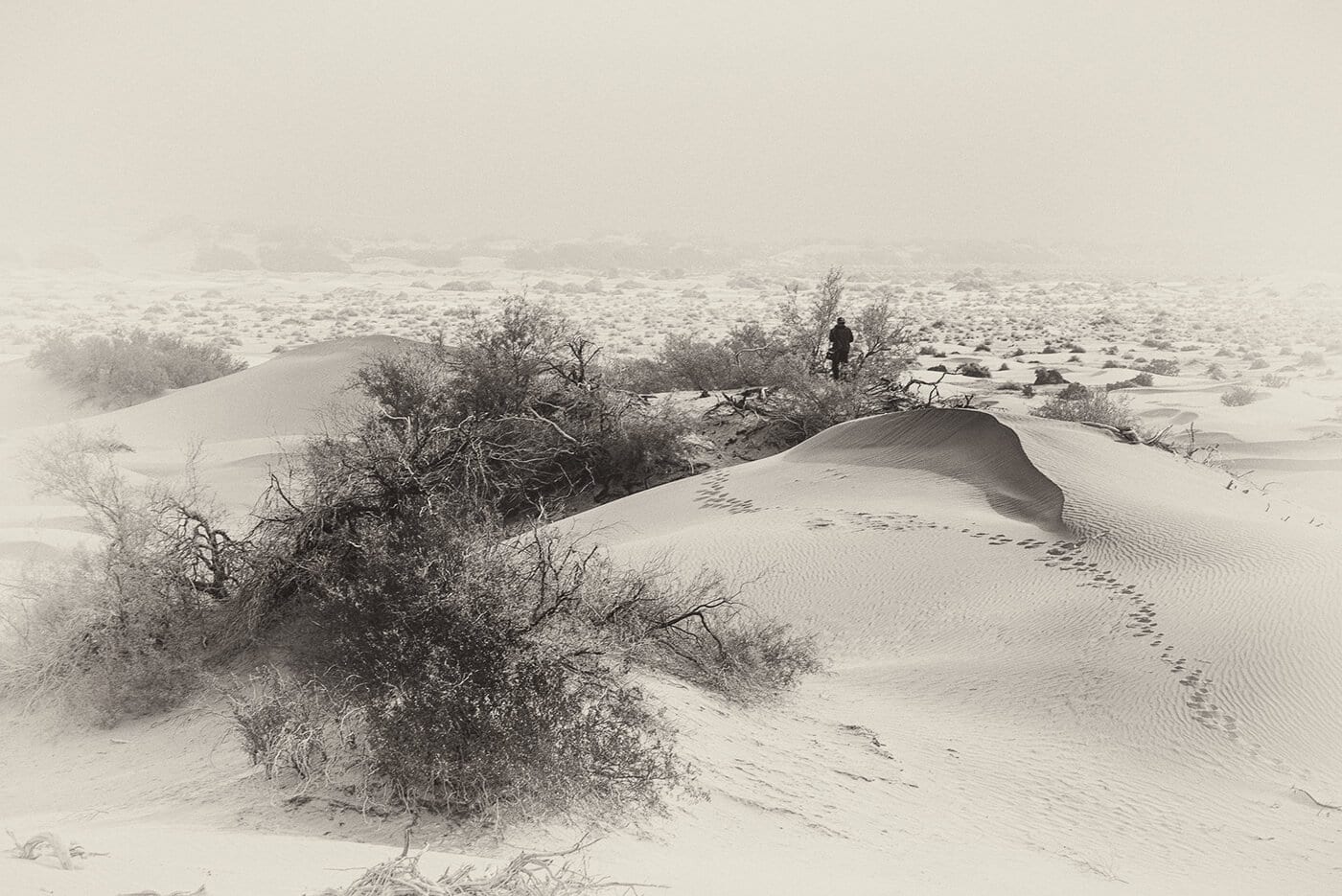 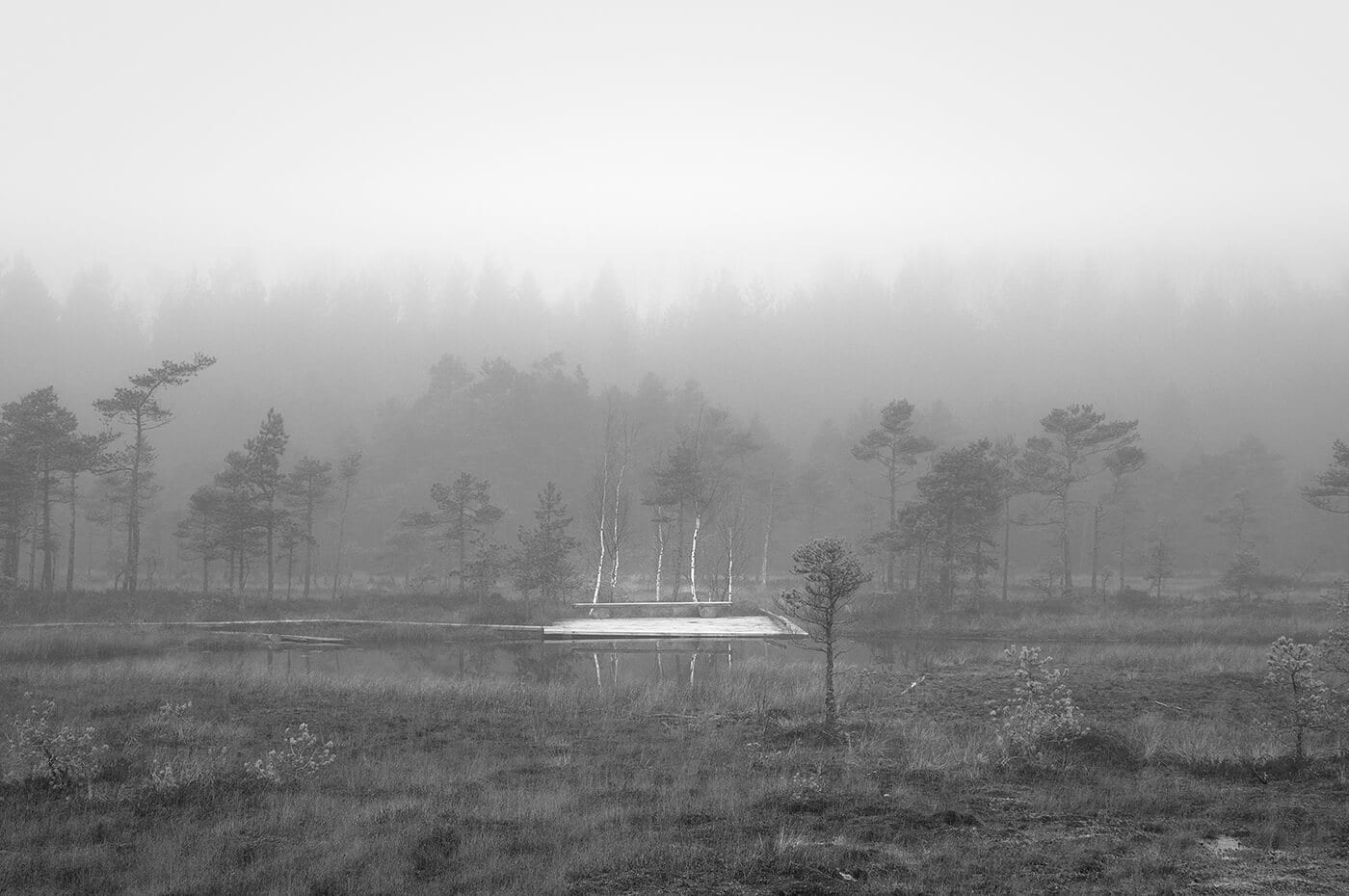 Image and text courtesy of Jakub Pasierkiewicz from the series Somaa – Land of Bogs. 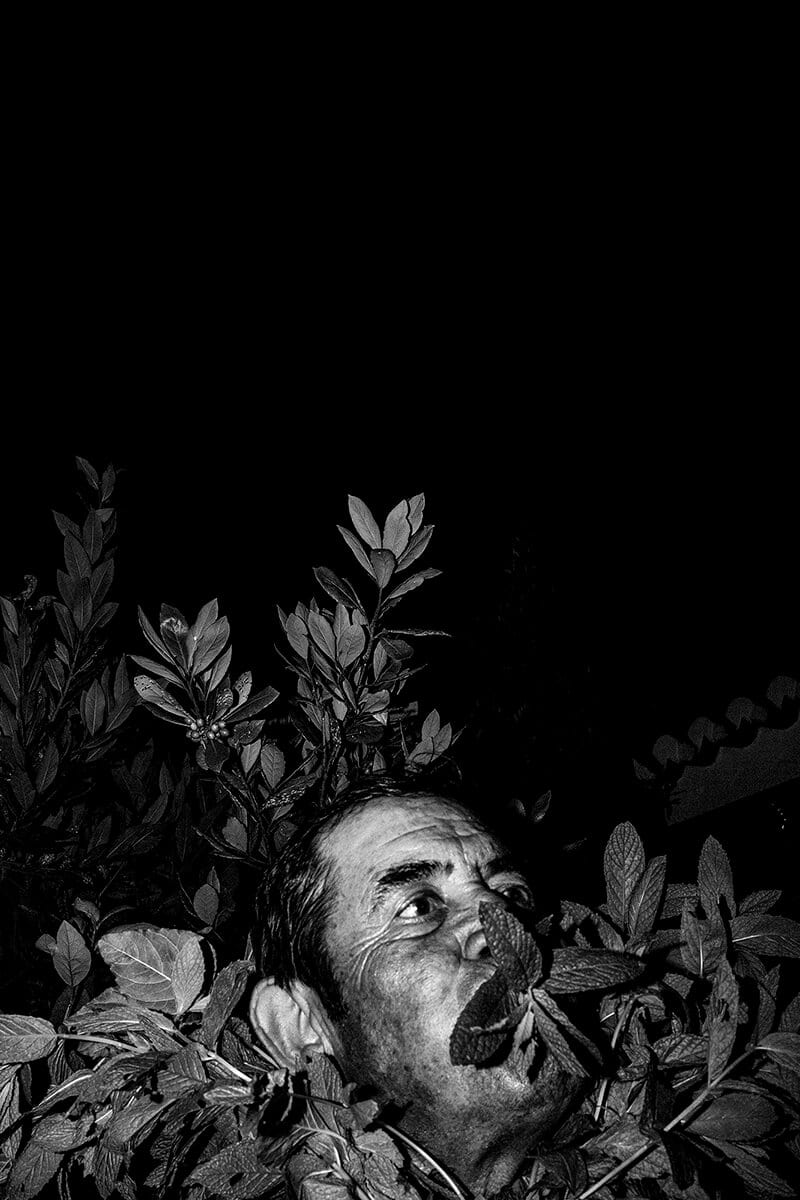 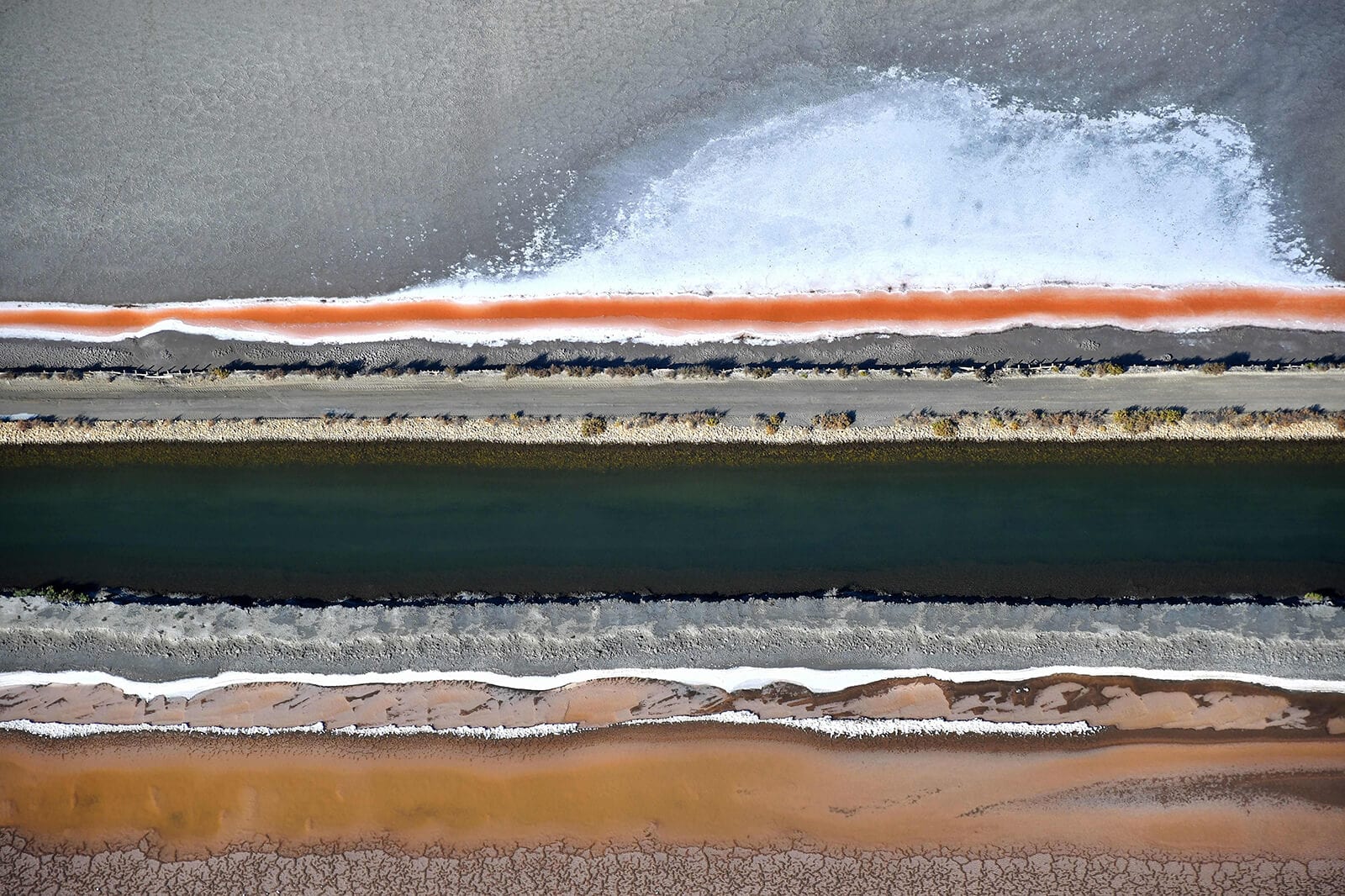 “”A painting is not a picture of an experience, it is an experience” – Mark Rothko. I deeply think we could all do with a bit more of Rothko’s principles in our photography, insisting on the primacy of raw emotion to push the boundaries of form and color, to make photos appear as painting-like. My photographs combine vivid and natural colors with geometric shapes, creating a series of abstract landscapes that fall somewhere between painting and photography. The series makes reference to famous paintings while expressing the same powerful emotions as Chagall or Rothko. The images were taken with my head and my camera pointing directly downwards above the natural and regional Parc of Camargue on board a ULM.” 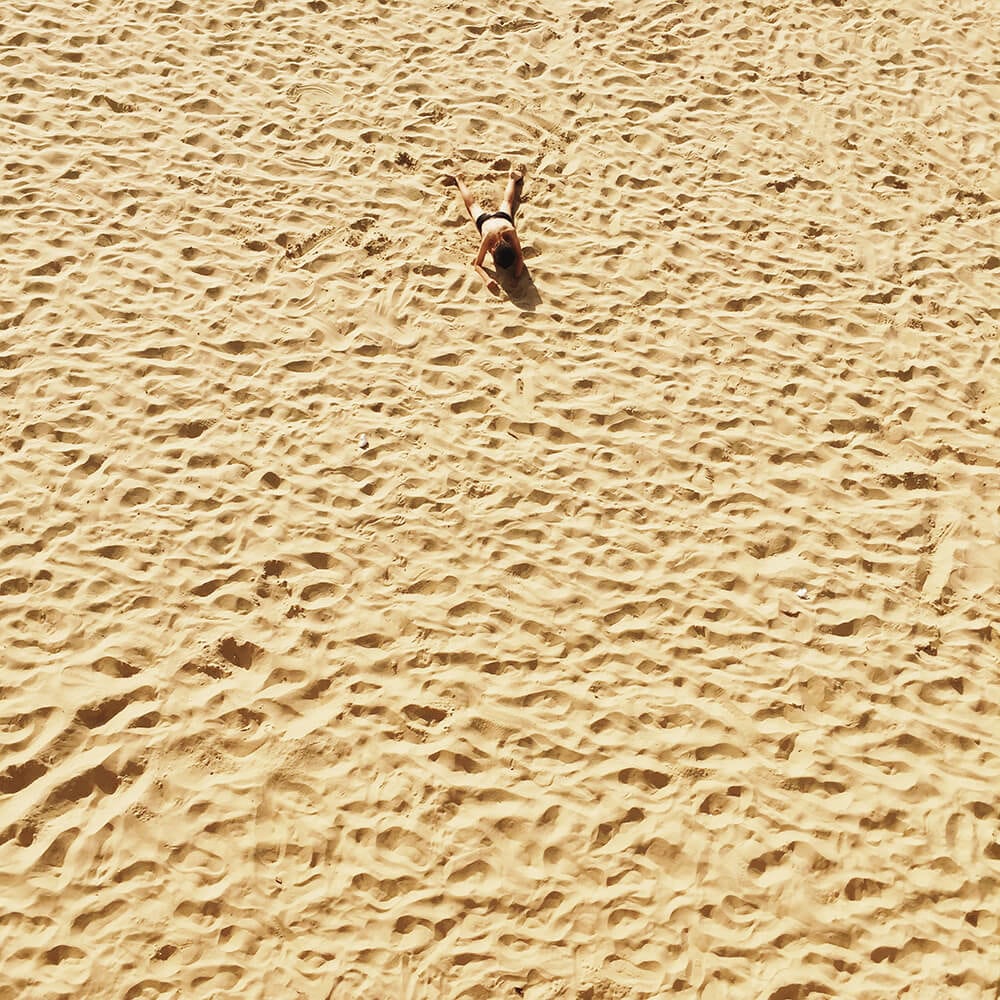 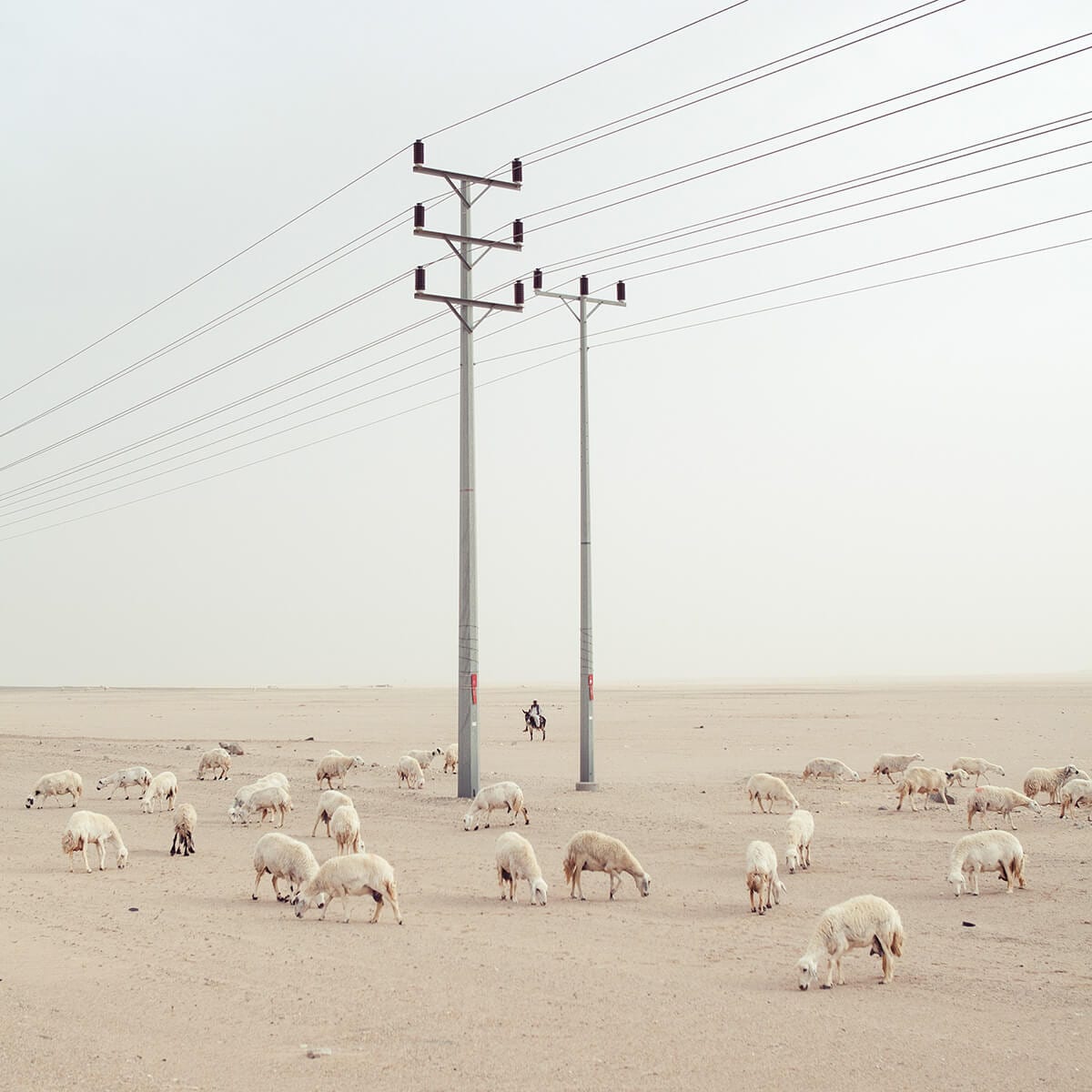 Image and text courtesy of Roger Grasas from the series Min Turab.

“In the last decades the landscapes of the Arab Gulf region have undergone a mutation driven by increased income from the oil reserves, globalization and mass tourism. These countries have seen a huge transformation, moving from the nomadic traditional and austere lifestyle of the desert bedouins to a postmodern urban and consumerist society. Min Turab takes its title from an arabic expression meaning what comes down from the earth. It is a visual investigation about how the oil – a natural resource that takes millions of years to be formed under the earth – is capable of transforming in an accelerated way the landscape that is on top of the terrestrial surface once it is extracted by man. Founded on the idea of travel as an artistic method, these photographs hold up a mirror to the dyad of nature and technology in a place where the old and the new come together and the lines between them blur. This tension is evident both in the vast desert landscapes and in the images of cities where the past and the future are compressed into the close quarters of the present”. 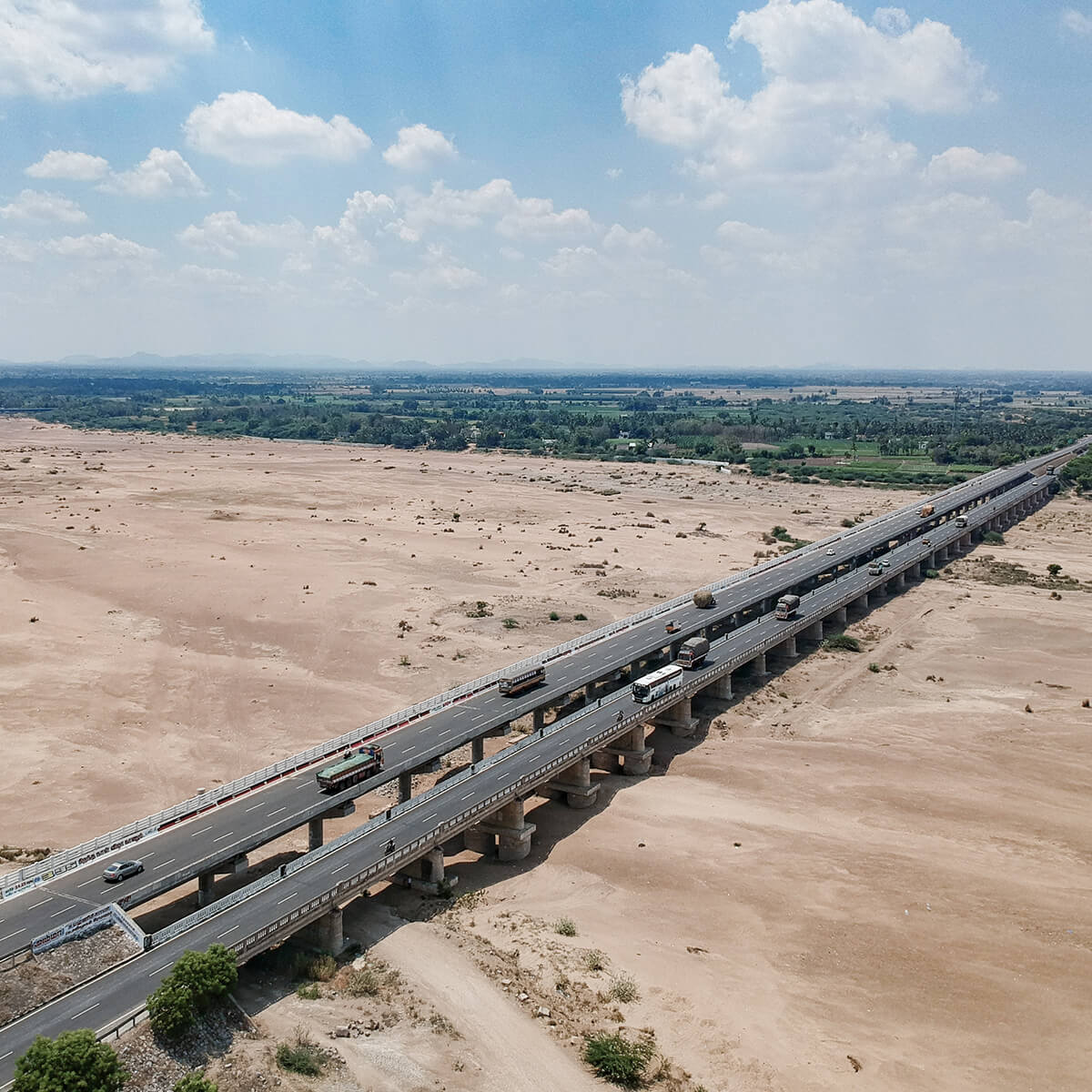 Image and text courtesy of Federico Borella from the series Five Degrees.

“Could the dramatic increase of Indian farmers who decided to take their own lives be closely connected to climate change and rise in temperatures? According to research from the University of California, after analyzing the climate data from the last 47 years and comparing it with the number of farmer suicides in the same period, the research concluded that changes in temperatures have played a role in the decision of thousands of farmers. A single degree increase would correspond to 67 suicides, while a five-degree increase would result in over 335 suicides. It is estimated that a total of 59,300 farmer suicides over the last 30 years are attributable to global warming and climate change. This story is focused on Tamil Nadu state, that even though facing the worst drought in 140 years, did not report such a high number of suicides among farmers, at least not for the last two years”. 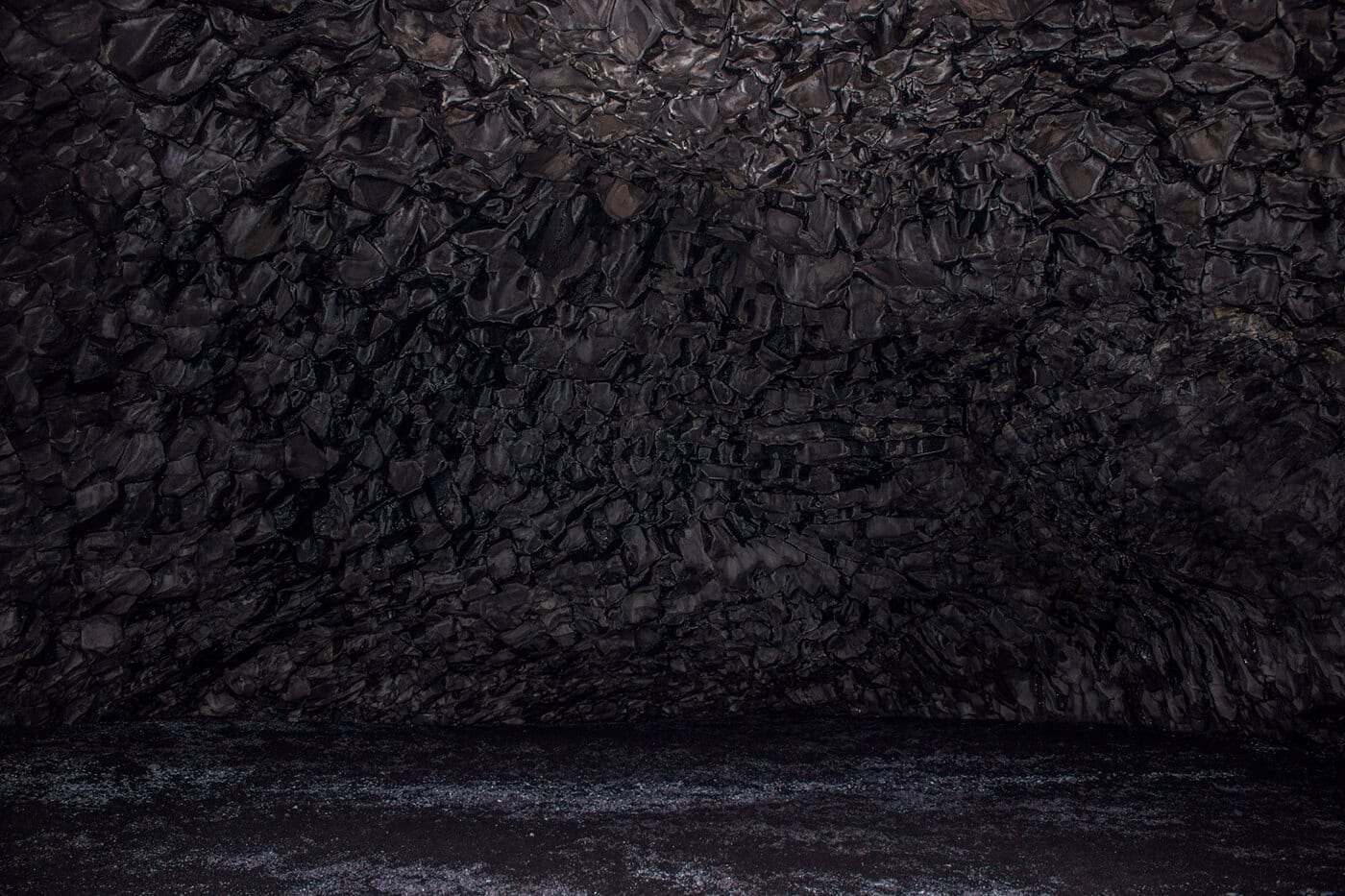 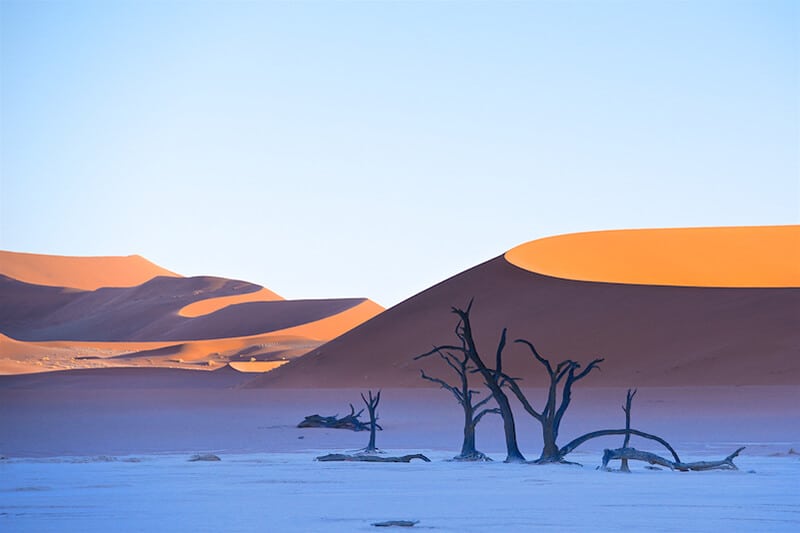 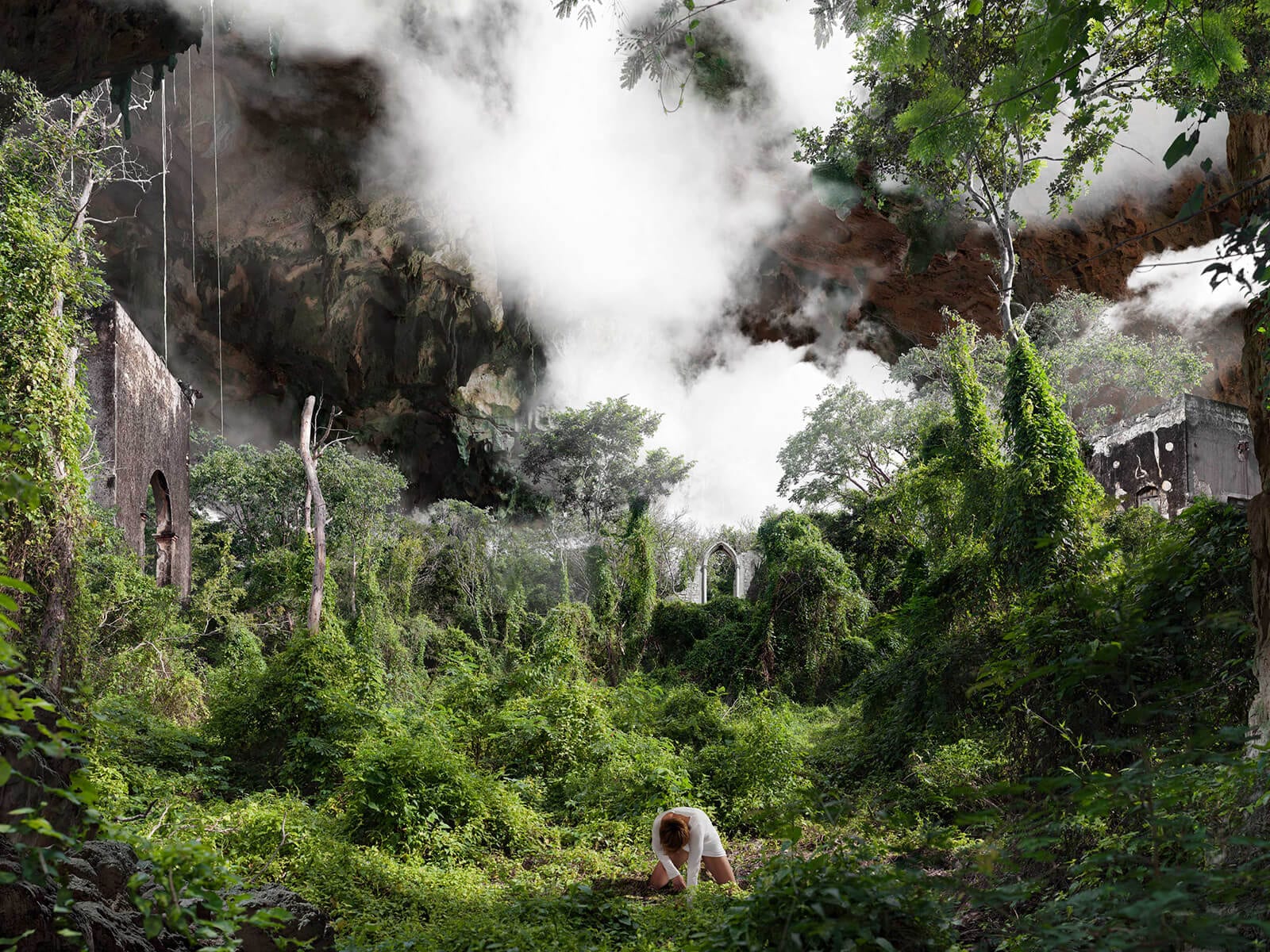 “Each photographic composition is not the result of a single snapshot of reality but rather dozens, sometimes even hundreds of elements – all quite real – which I photograph and then reassemble in an invisible fashion. In this way I try to depict a reality which is not the one we see before our eyes at any one given moment, but rather fragments of existence of inner turmoil – an encounter with the unknown embarking on an adventure or braving challenges which lead to some kind of rebirth”.