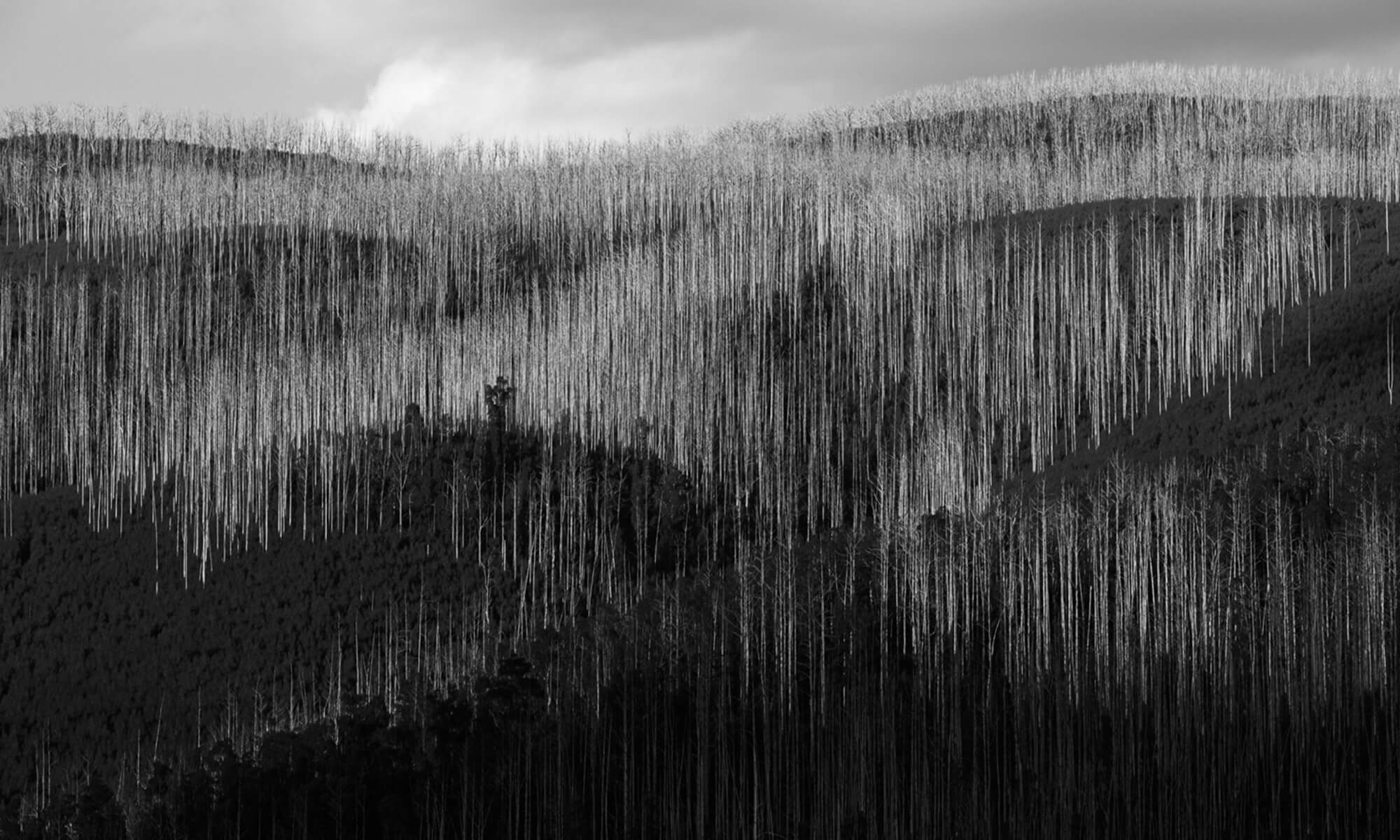 “THE FACE
OF THE EARTH”

We’re delighted to present the results of our first theme of Life Framer Edition VI, judged by conceptual environmental photographer Nick Brandt who has spent the last 15 years creating visually complex tableaux that comment on environmental devastation, and the accelerating annihilation of the animal kingdom.

Given Brandt’s raison d’être, and growing calls from protest groups to recognise that we are in the midst of an environmental emergency, it’s no surprise that the images presented here are as much a document of the beauty of the natural world, as humankind’s dominance of it. We see towering skyscrapers and overpasses carved in concrete, disappearing cultures and species, and sad, likely vain attempts to protect ice sheets as they recede year on year. But we also see a host of awe-inspiring landscapes to savour – remote sun-drenched rock pools, soaring mountain ranges and ethereal forests. We see the ugly and the beautiful side-by-side, often in dynamic tension – an equal parts hopeful and desparate document of the face of the earth during our short stay on it.

Congratulations to the selected photographers and to everyone else who submitted. Enjoy! 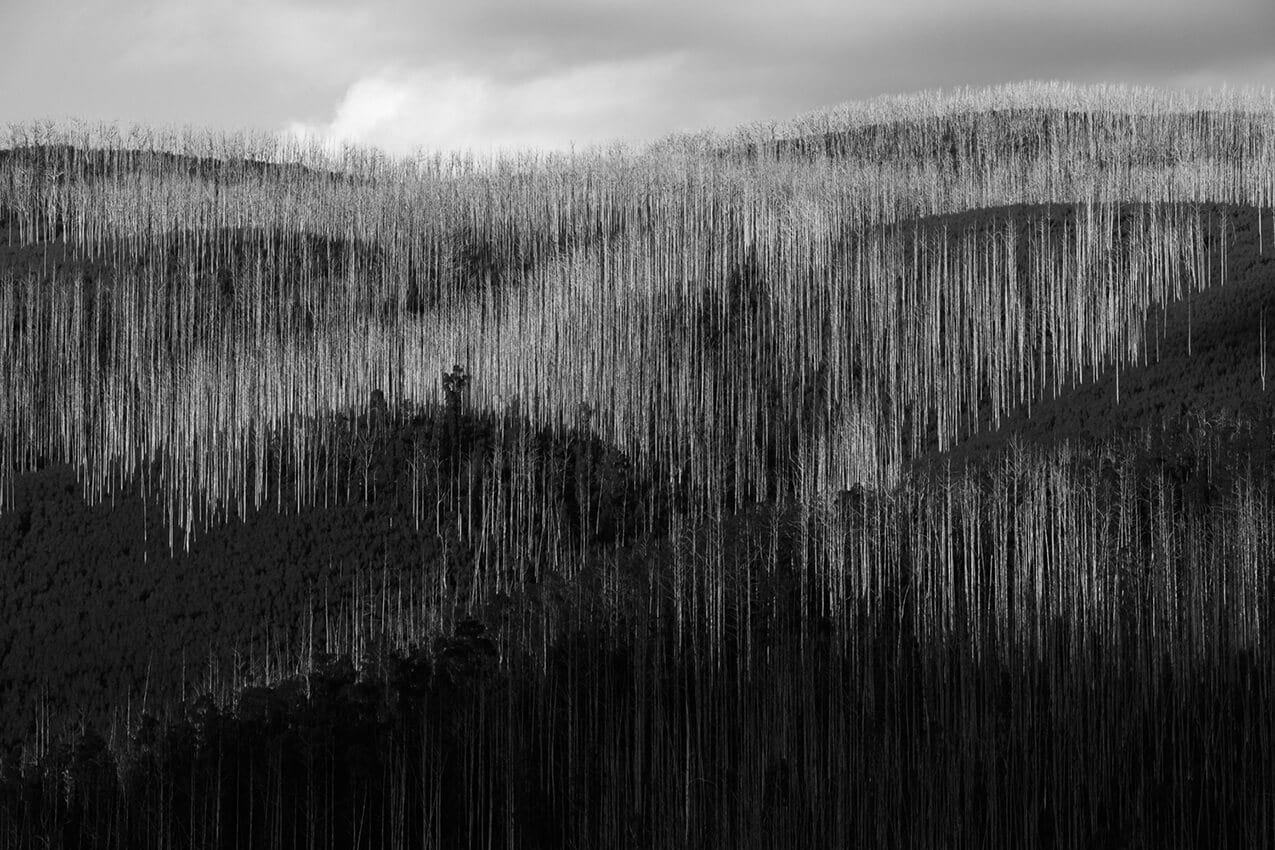 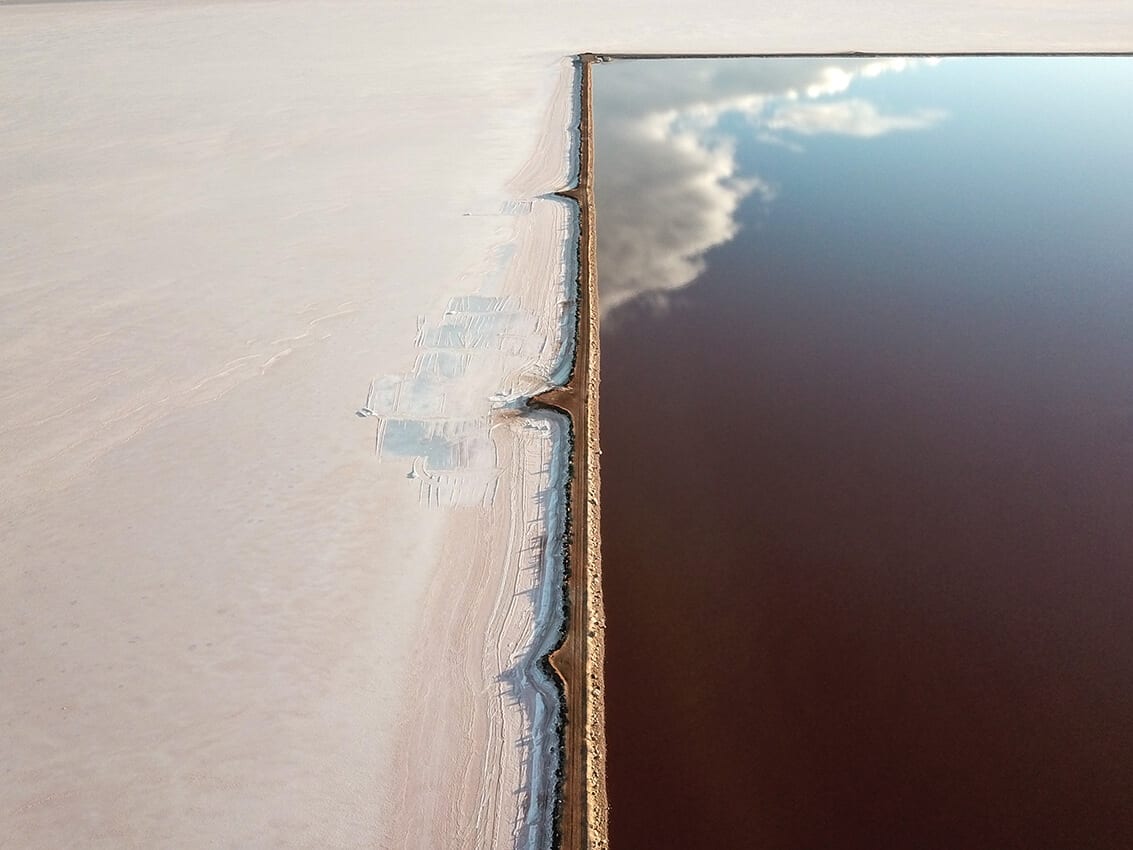 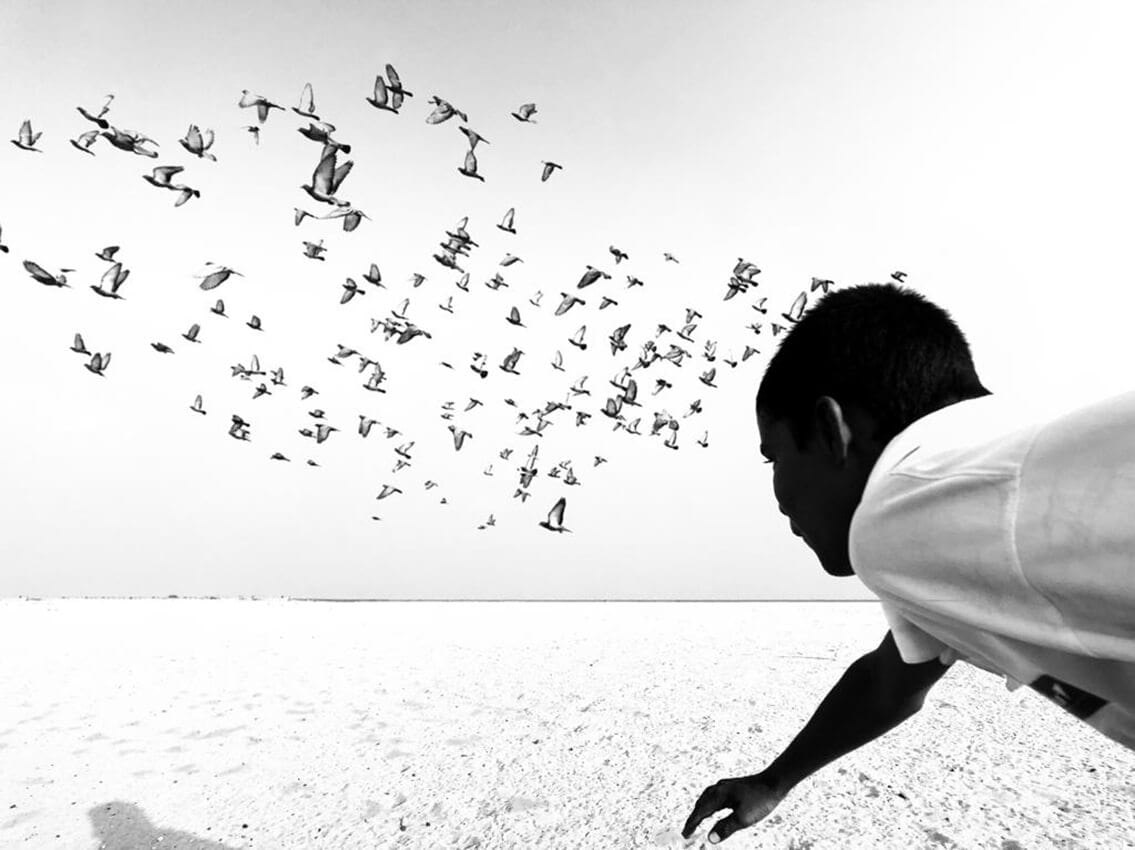 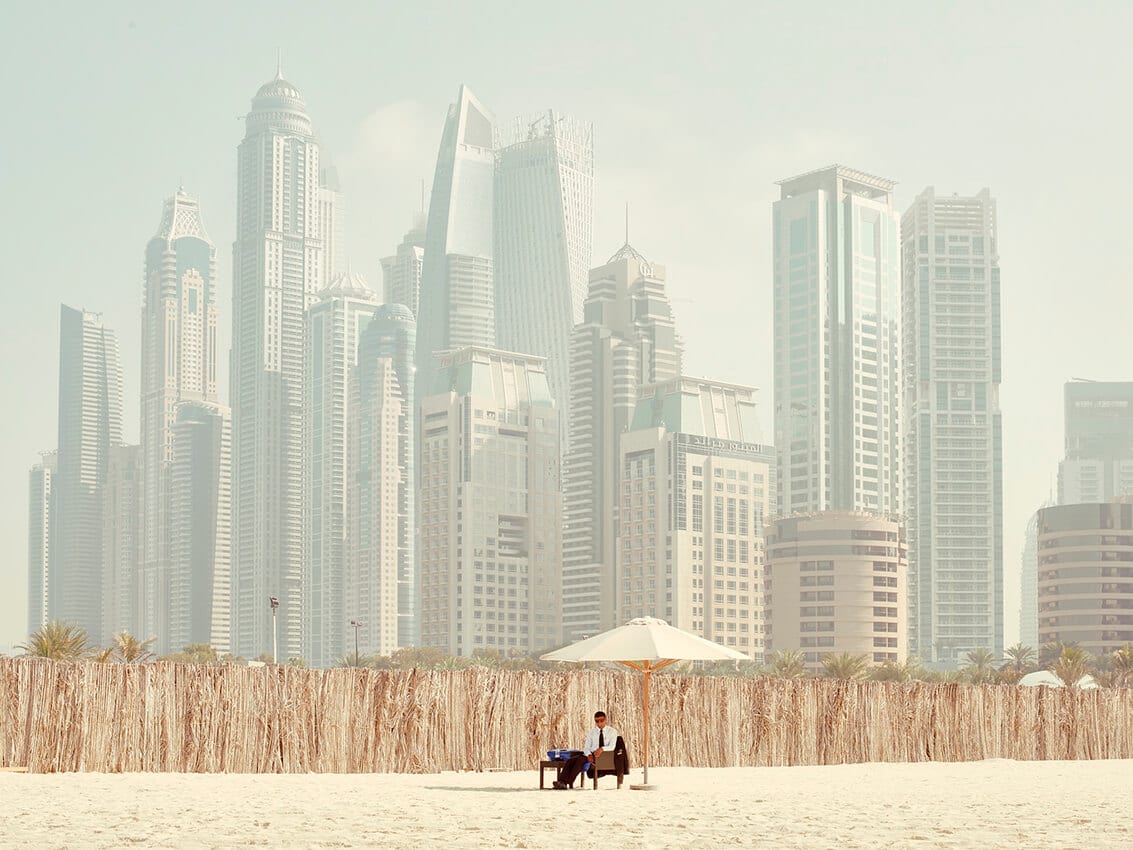 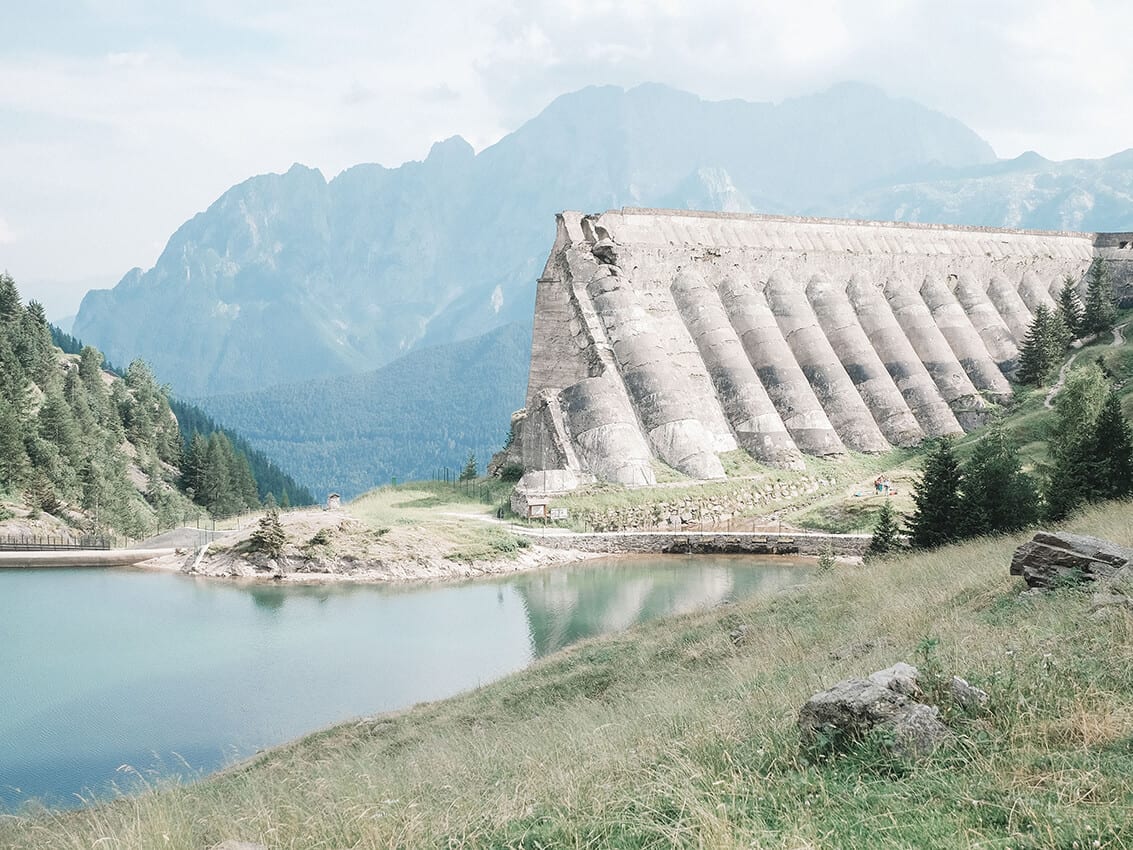 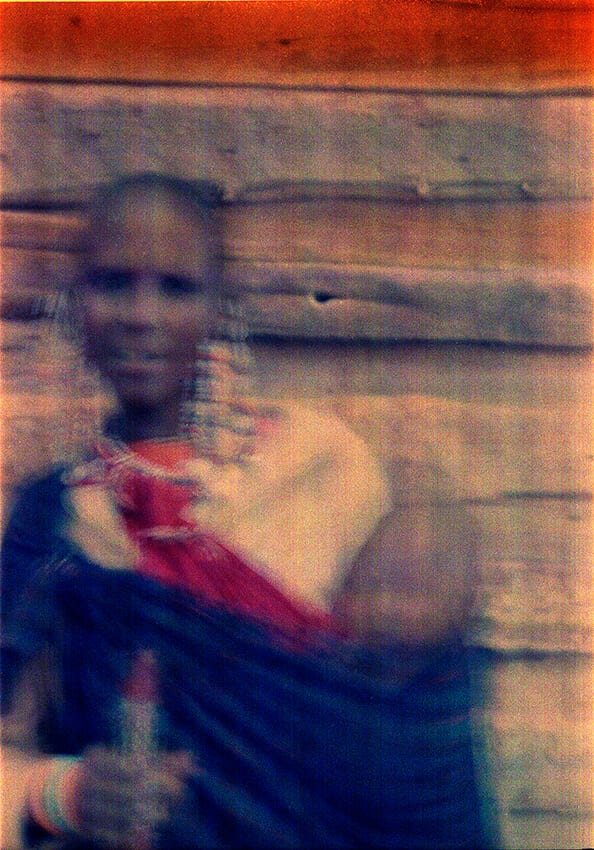 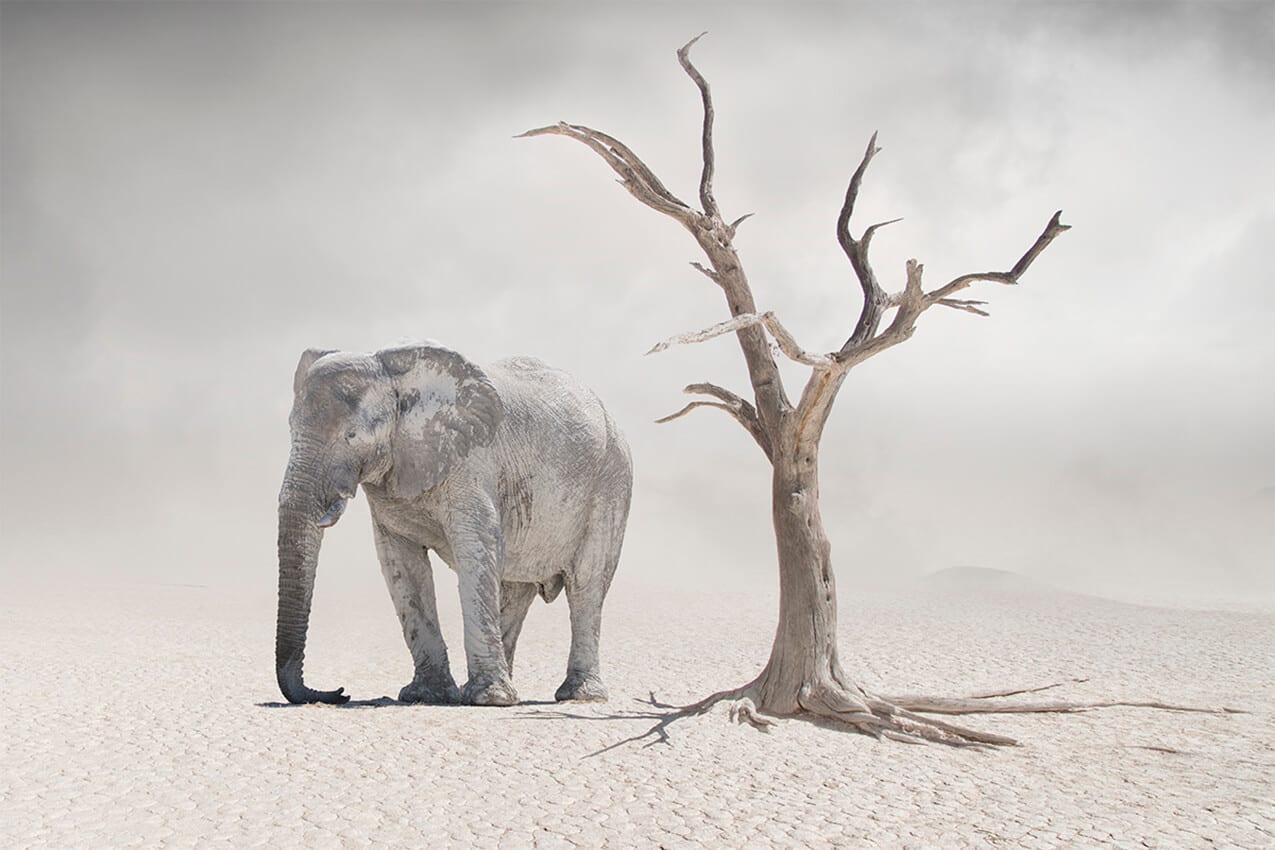 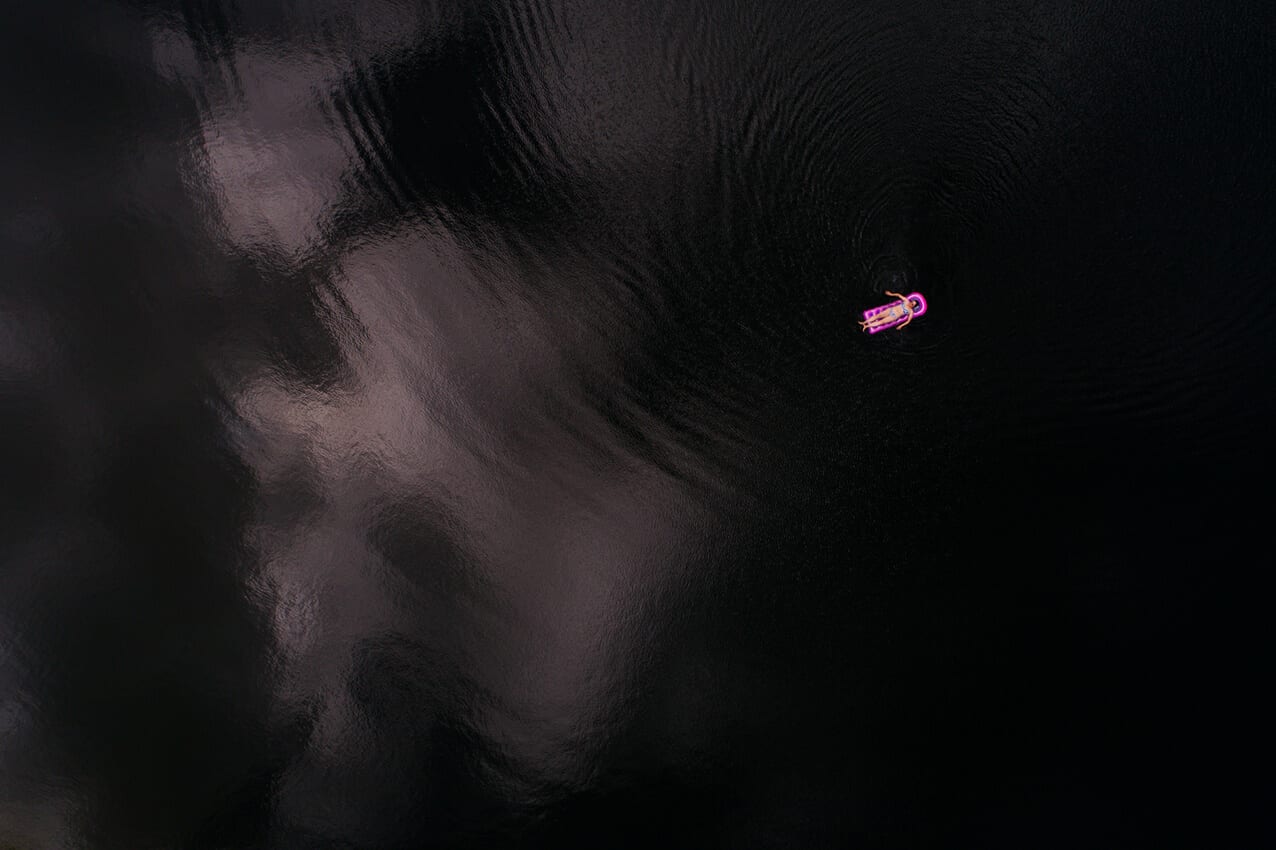 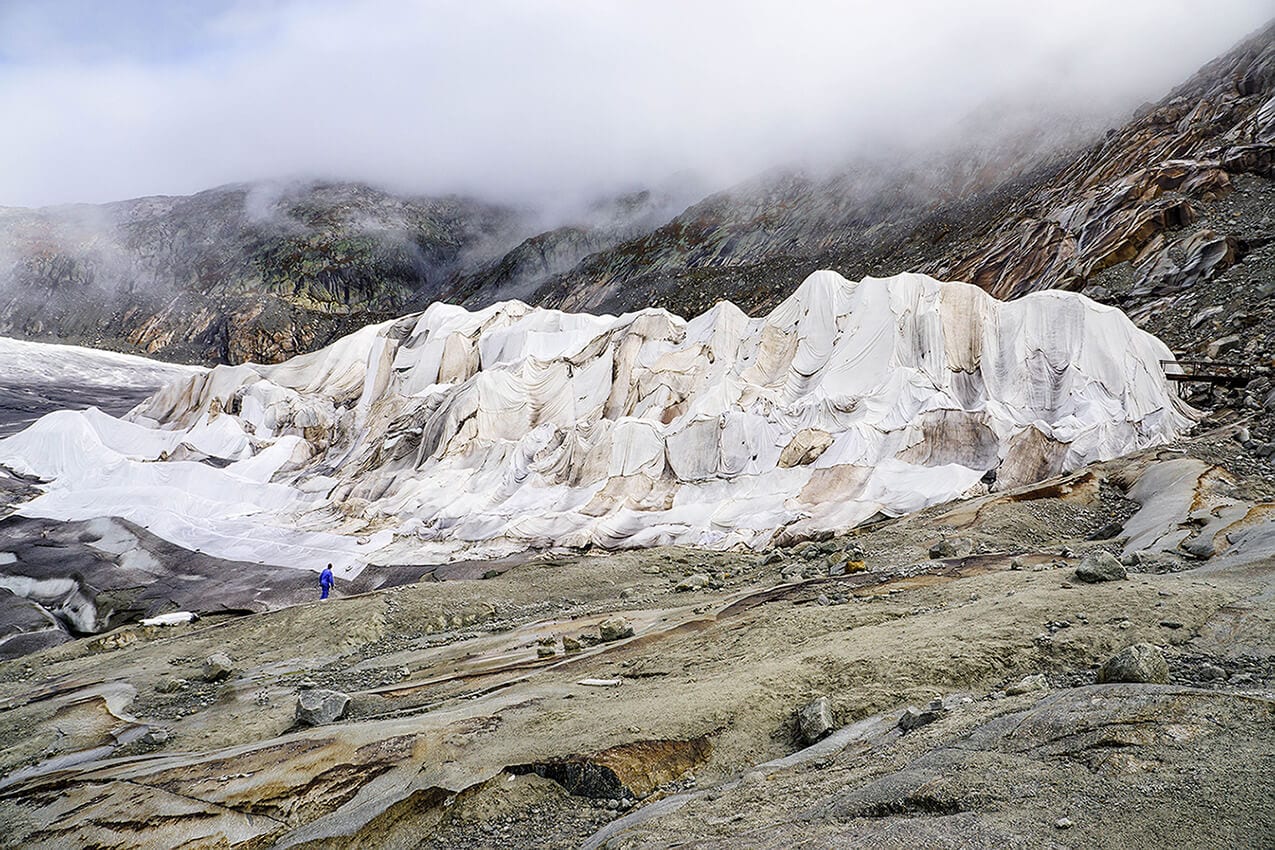 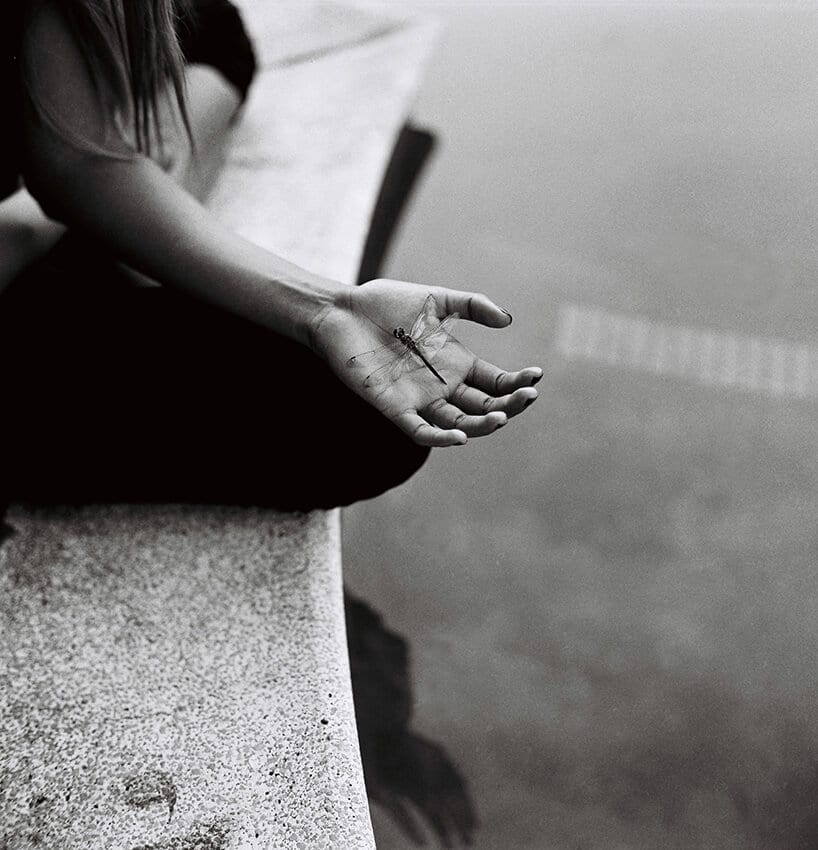 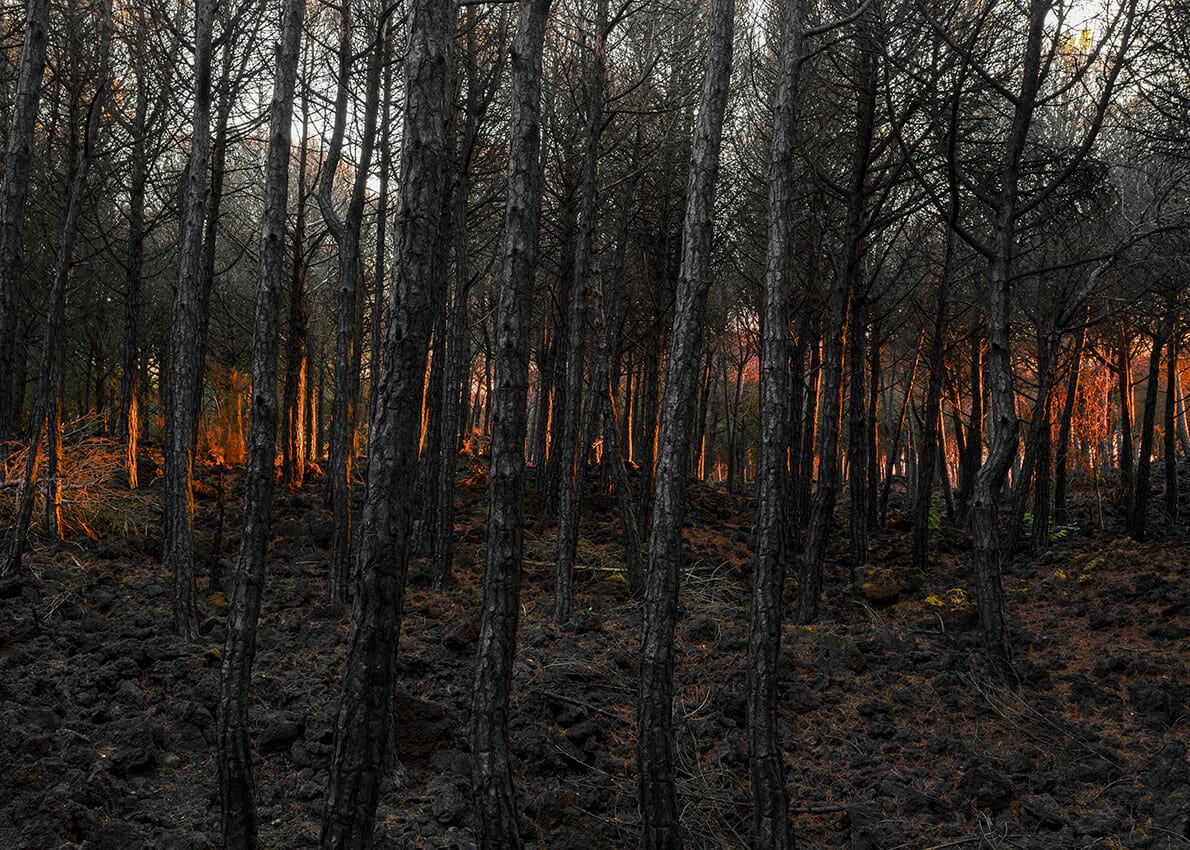 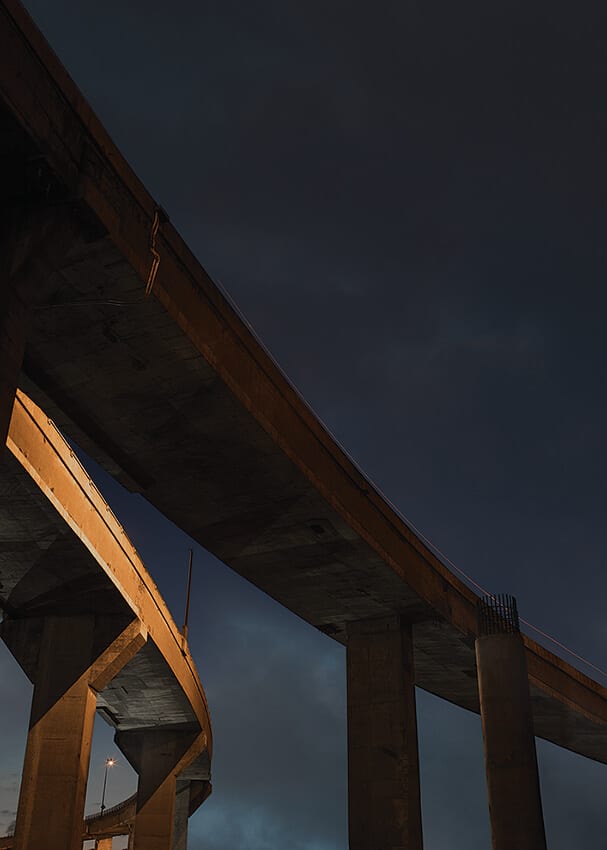 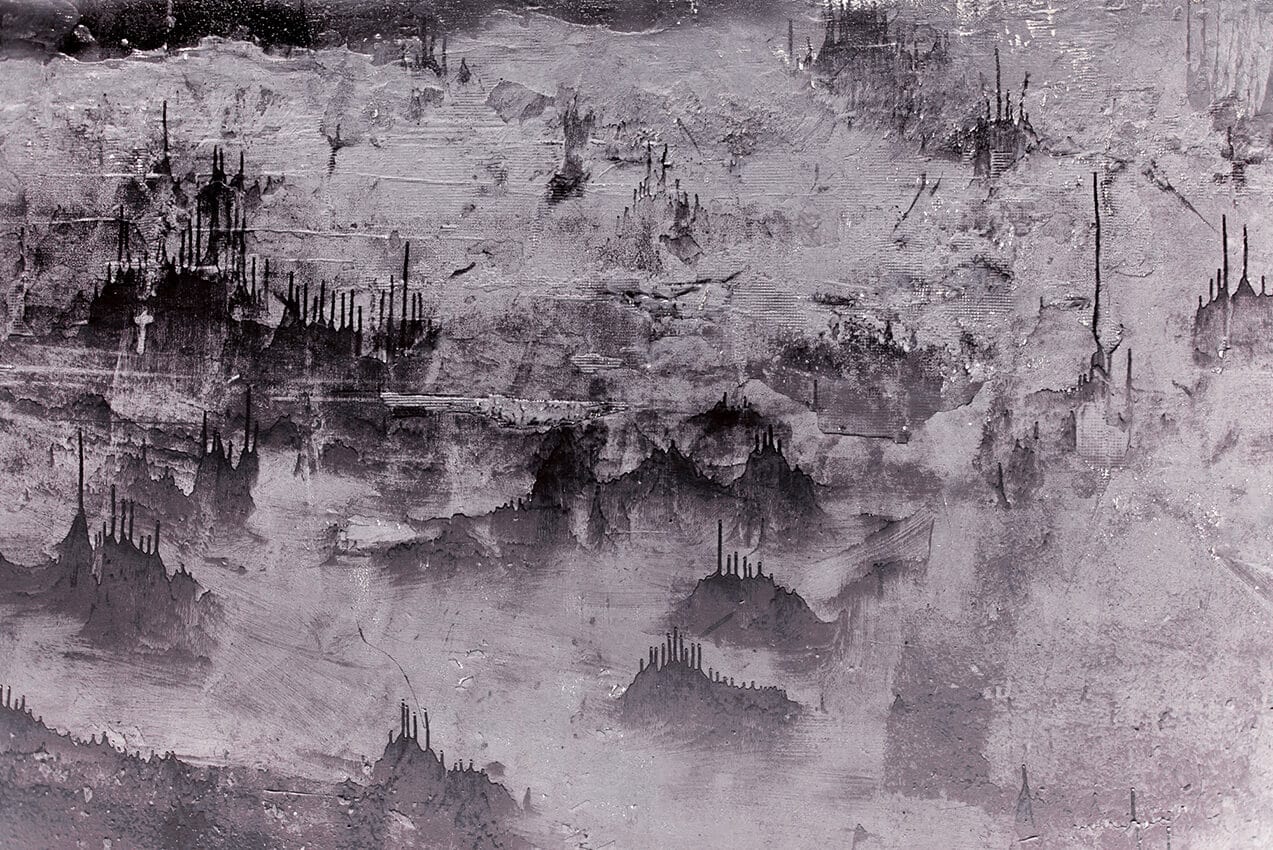 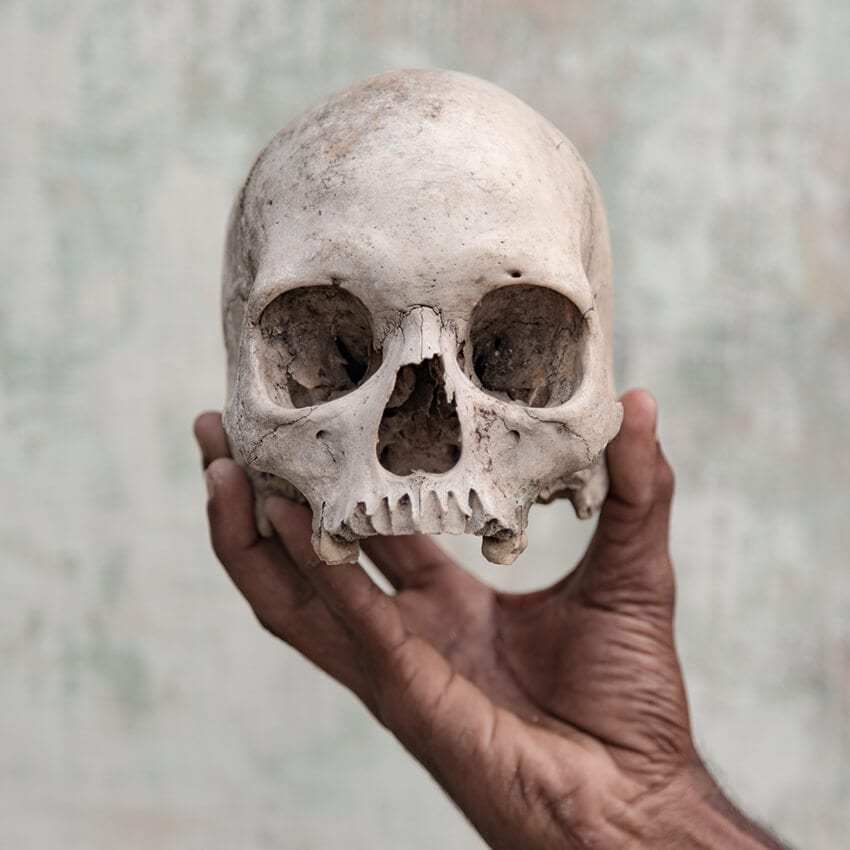 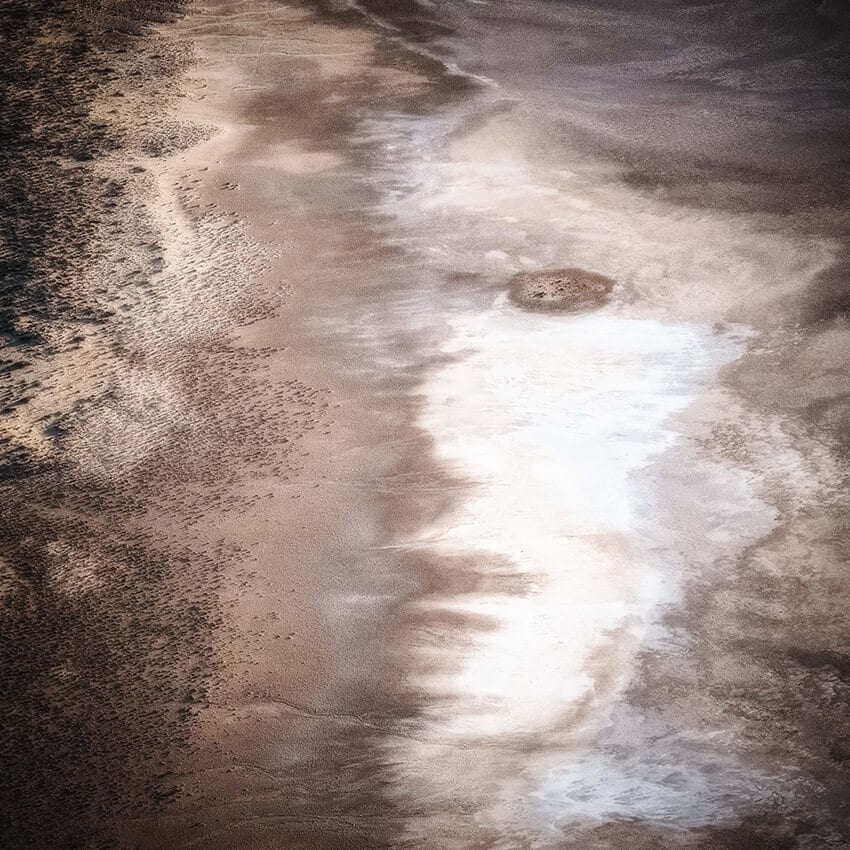 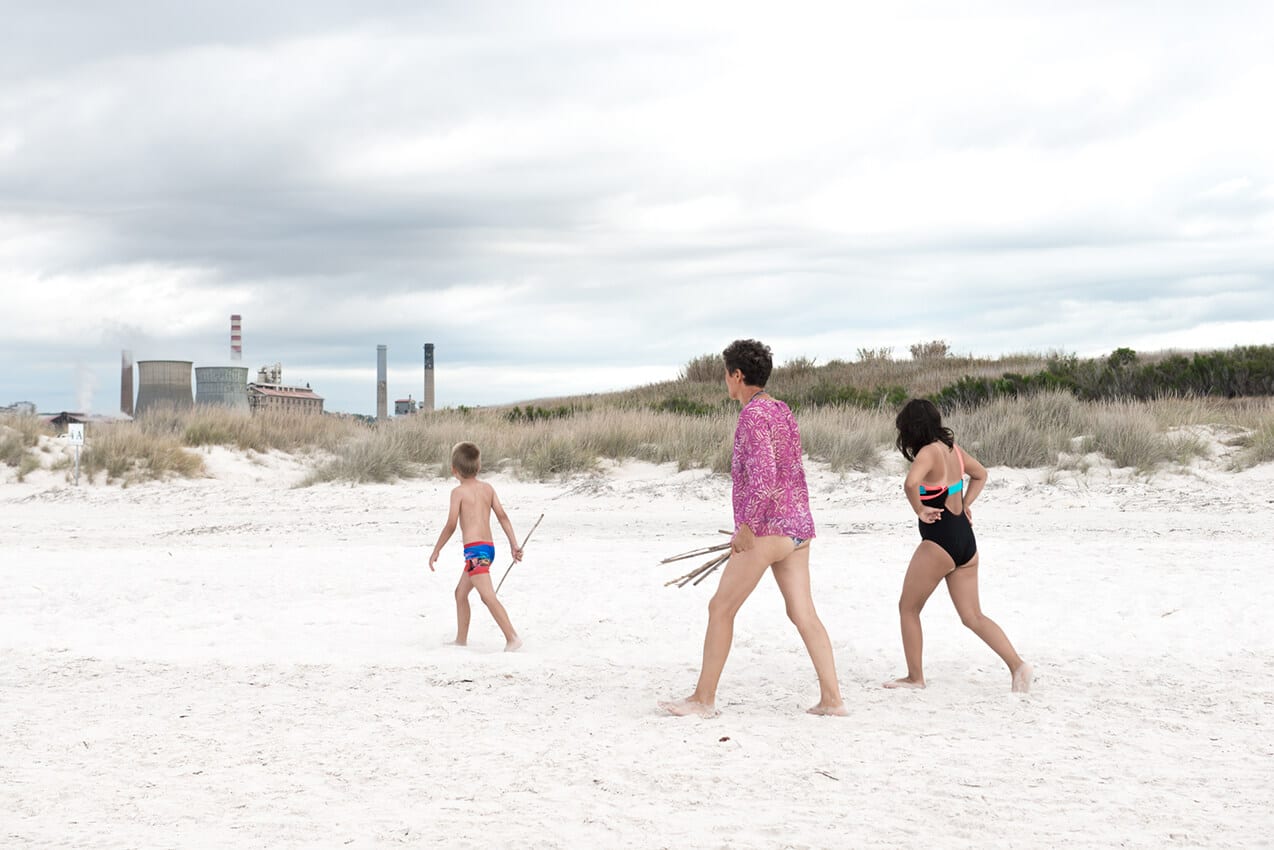 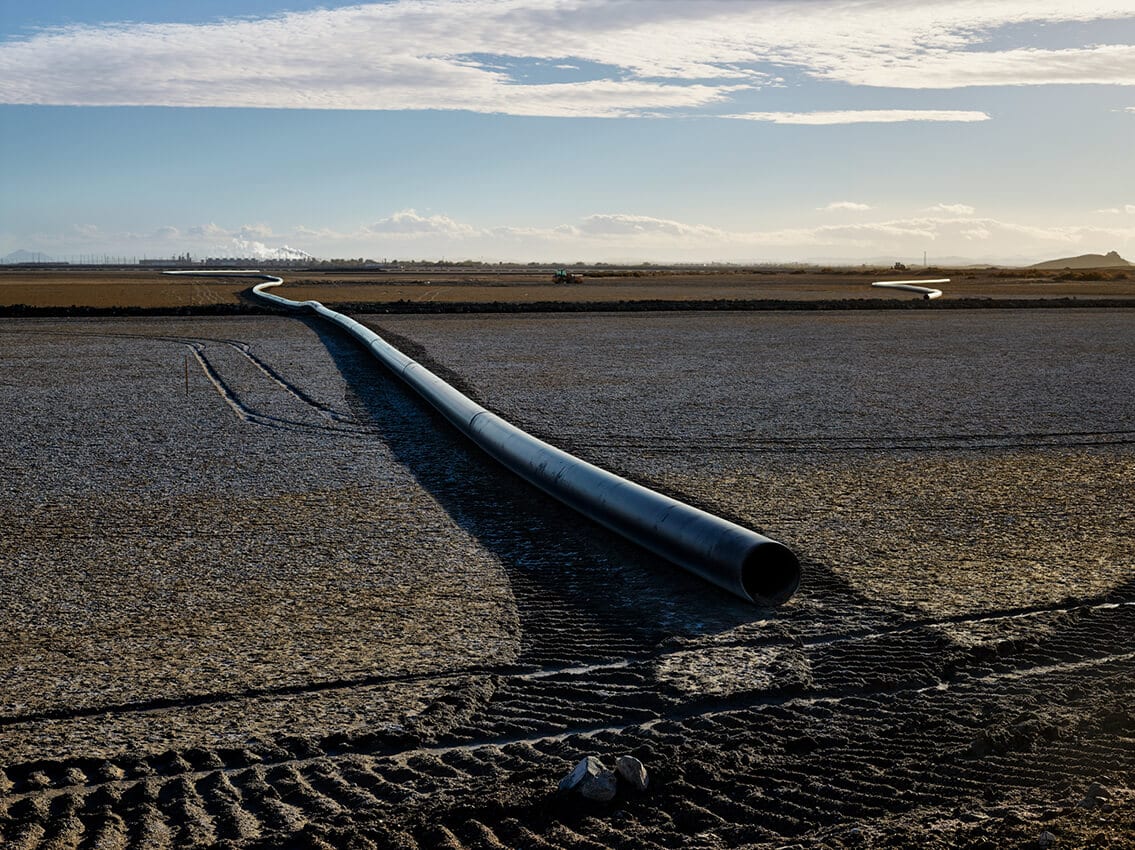 “A photograph of an environmentally denuded world – what must be thousands of skeletal dead trees from an Australian wildfire – that is like an almost abstract but intricate engraving or pencil drawing. It’s almost hard to tell if one is looking at a negative or positive image. An image of death yet also eerily beautiful. To me, this encapsulates the current face of the earth in the 21st century, in the midst of environmental crisis.” – Nick Brandt

“I think that we have now all seen hundreds, if not thousands of aerial photos of our environmentally denuded planet. Those aerial photos are often simultaneously beautiful and disturbing. This photograph surprised me because of the way that the artificial body of water looks like a picture within a narrow gold frame on a plaster wall. It’s probably not intentional, but for me, it almost becomes like a commentary on the aestheticizing of what is now almost a photographic genre of environmental aerial photography. Regardless of the intent, I found this image quite compelling.” – Nick Brandt

“With its dynamic composition, the viewer is thrust through the diagonal of the frame with the forwards motion of the young boy and scattering birds. The landscape may be barren – washed out in stark white – but the scene feels alive with life and a palpable energy. It’s a wonderful, idiosyncratic moment.” – Life Framer

“Softened by the midday haze, this soaring city block has a dreamlike quality – apt given the unreal quality of this scene. The central figure sat alone on the beachfront in formal wear on the beach, looks completely absurd – an heir to a bizarre world where we build monoliths and partition what remains of the natural world into neat, guarded boxes. It’s a staggering scene, brilliantly executed.” – Life Framer

“In Tommaso’s gorgeous, softly colored landscape, a huge dam rises through the centre of the frame – a man-made mountain juxtaposed with the natural topography beyond. It illustrates the power of man to reshape the natural world, but also the inexorable might of nature to fight back – already beginning to flake and erode, this giant structure will eventually be reclaimed by the earth.” – Life Framer

“In Pieter’s statement he describes how the Maasai – like the indigenous populations of Australia, North America and countless others – are slowly disappearing due to the pressures of modernization and globalization. In this striking portrait we see a sad juxtaposition of the future with the past. Smiling, and with her baby strapped to her chest, this Maasai tribeswoman is warped and distorted by digital grain, as if her image is fading before our eyes. Pieter conceptualizes the inevitable vanishing of her people, by modern (here pixelated) forces that push unrelentingly.” – Life Framer

“In this stunning scene, Youssef captures an elephant bathed in sunlight as the mist envelopes her from behind. Stood in this barren, monochrome landscape, next to a long-dead tree and endless parched earth, it’s a remarkable metaphor for the destruction of the natural world – with parallels to the work of judge Nick Brandt, it’s a sad reminder of the harsh world such animals inhabit, rendered in beautiful, cinematic form.” – Life Framer

“With the advent of low-cost drones, aerial photography is a genre increasingly ubiquitous, and already littered with visual cliché. Todd however, shows us here something idiosyncratic and totally unexpected. In a vast expanse of thick, murky water – almost like thick oil – we see a single tiny figure, untethered and floating on a pink inflatable, that color popping against the darkness. It has a wonderful, unusual feeling to it – a visual parallel to the sci-fi trope of an astronaut adrift in the immensity of outer space. On the one hand you can feel the tranquillity, but on the other it feels apocalyptic, this figure oblivious to the dread unfolding around them. Todd creates a fascinating scene, crafted with so few elements and all the more impressive for it.” – Life Framer

“This remarkable image documents an effort to stave off the melting of the Rhone Glacier in Switzerland with fleece-lined, heat-reflecting thermal blankets. Spread across the ice sheet, they form a strange patchwork, almost like an artwork covered up before its big reveal. With the single figure in blue giving a sense of scale to the operation, it’s a powerful reflection on the state of the world. With the impacts of climate change at the hands of humankind so real, it presents something both positive in how a community can come together to act, and heart-breaking in how futile such attempts will likely be.” – Life Framer

“Against lifeless browns and greys, this bright hoarding depicts a blissful countryside scene, where dandelion seeds float through a still summer sky. There’s something both sad and amusing in the harsh dichotomy between the vision and the reality – this idyllic scene giving way to a characterless tower block rising into a polluted sky. That the scene is already beginning to be painted out with blocks of grey adds an extra wry layer; a hint at what is to come.” – Life Framer

“Patrick’s beautiful image of a dragonfly held in an open palm offers a quiet and poetic response to a theme that was largely answered with scenes at a far larger and more dramatic scale. He captures a stillness in this fleeting moment, his delicate execution of the frame – with soft focus and monochrome palette – a perfect treatment of the subject matter. It may feel less dramatic, but it’s perhaps all the more powerful for it.” – Life Framer

“A swathe of fiery light cuts through the centre of this dense forest scene, accentuating the vertical trunks that rise in the middle distance. It creates a mesmerizing splash of rich color against a subtle color palette. In his statement, Maurizio describes the fires that ravaged the National park of Vesuvius in 2017, and his emotional response – to wander through its woodland and take photos in a healing process as the forest itself slowly healed. The reds and oranges hint at that past destruction, but are here rendered as something beautiful and life-giving.” – Life Framer

“Paloma captures an idyllic bathing pool on the Greek island of Milos and it’s the vibrant tones that grab you – the complimentary colors of the deep jade water and sun-kissed orange bodies highlighted against the scorched tans of the moon-like rock formations. There’s so much to absorb, so many mini-stories to be told, scanning across this strange surface.” – Life Framer

“Picked out in moonlight against a brooding sky, this highway overpass towers over us imposingly – an unnerving geometry that boldly cuts across the frame. Sharp and precise in its execution, James presents a scene that is both satisfying in its graphical aesthetic and emotional resonance – a view of the huge structures we build across the Earth’s surface, and a reminder of how small we are in comparison.” – Life Framer

“Sometimes it’s the simplest concepts, when well executed, that resonate the most. Ivan takes a nondescript picture of a city wall – a literal face of the earth – and then re-tints and rotates it to create what we see here; a magical landscape where mountains and cities rise through menacing clouds, and birds race through the turbulent sky. Playing with texture, and completely distorting our sense of scale, he turns the familiar into something quite beautiful.” – Life Framer

“Taken from a distant vantage point, we witness the Khovsgol Ice Festival in Mongolia – a buzz of activity with cars and people tracking across the frozen lake. Framed in the context of this spectacular landscape, it offers a privileged insight into recreation in the harshest of Earth’s climates.” – Life Framer

“As he describes in his statement, this image is taken from a long-term series in which Federico explores the impacts of climate change on Indian farmers. Taken as a single image, it has an immediate shock impact – a skull held centrally against a bare background (a metaphor for barren lands perhaps), the sockets where the eyes once were directly meeting those of the viewer. It’s a literal expression of the theme in one sense, a face that once was, like countless others that lie just under the surface of the earth. And it’s also a stark symbol of loss, and of the very real and human consequences of environmental and geopolitical decisions.” – Life Framer

“Taken over Kati Thanda-Lake Eyre, the largest salt lake in Australia, Karen presents patterns of salt crust that form a literal face, almost too good to be true. It’s a quite wonderful example of pareidolia – to find recognizable images in random or accidental arrangements of shapes and lines. As we absorb the textures of this landscape, it looks right back at us.” – Life Framer

“What is probably an entirely innocent scene feels like something more profound – with its washed out color palette, and factory billowing out smoke in the distance, one can imagine a future world; a barren Earth where families like this one collecting firewood struggle to carve out an existence. It explores both our fundamental need to connect with nature, and the ways in which we consume its resources. It’s a well-framed, thought provoking image.” – Life Framer

“This isn’t the most immediate of images but there’s something that holds the viewer’s attention – the precise framing, the subtle palette of blues and purples amongst the browns, and these huge pipes that snake their way across the desolate land, glinting in the sunlight. They’re marks of the paths we trace across the natural landscape, the veins that carry water across vast distances, and here have had an immeasurable impact on the topography of Salton Sea, which Joshua describes has gone from being an oasis to a wasteland in just a generation.” – Life Framer