Exploring the work of Eric Houdoyer

Eric Houdoyer regards himself as a street photographer, but his work is something apart from that. While the street may be his stage, his work is passive, slow and poetic – distant from the freezing of candid, spontaneous moments, or the hustle or and tumult of a frenetic city that is the modus operandi of most working in the genre.

He describes his desire to use natural light “as one would a spontaneously directed projector”. To capture innocuous scenes that become spectacular in the contrast of night. Gathered loosely in three inter-linked series, “Eclipse”, “Graphic” and “Pose”, he does just that, operating in a binary space where infinite ash black gives way to bold primary colors, blistering in the heat of day, and where street furniture and glimpses of the urban denizens become graphic, geometric shapes.

The seminal Henri Cartier-Bresson’s famous phrase “the decisive moment” has a history in his monograph “Images à la Sauvette”, often translated as ‘Stolen Images’. It’s an apt phrase for Houdoyer’s work – stolen moments of a passive voyeur that find a tender beauty in the spaces with shadow and light collide. 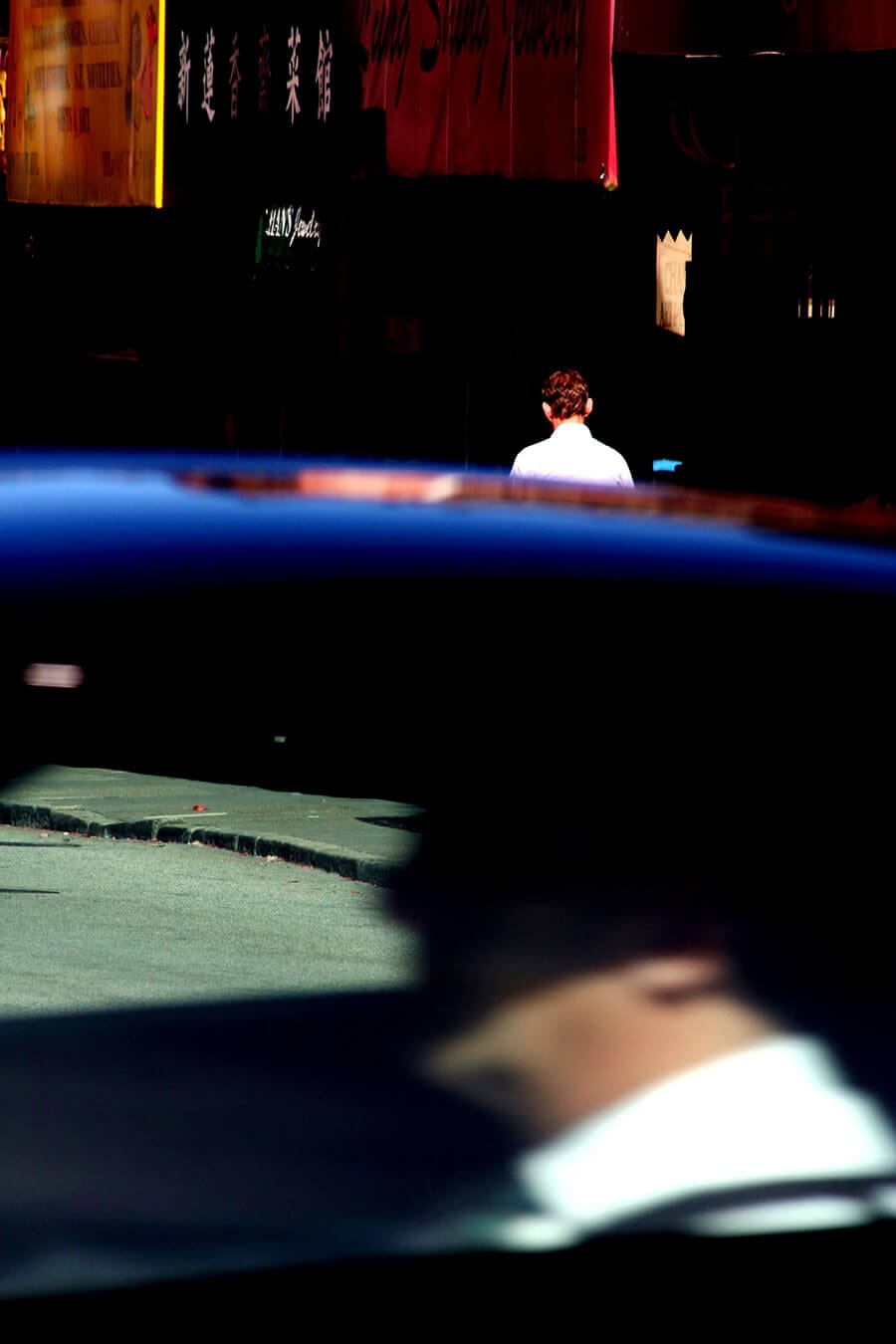 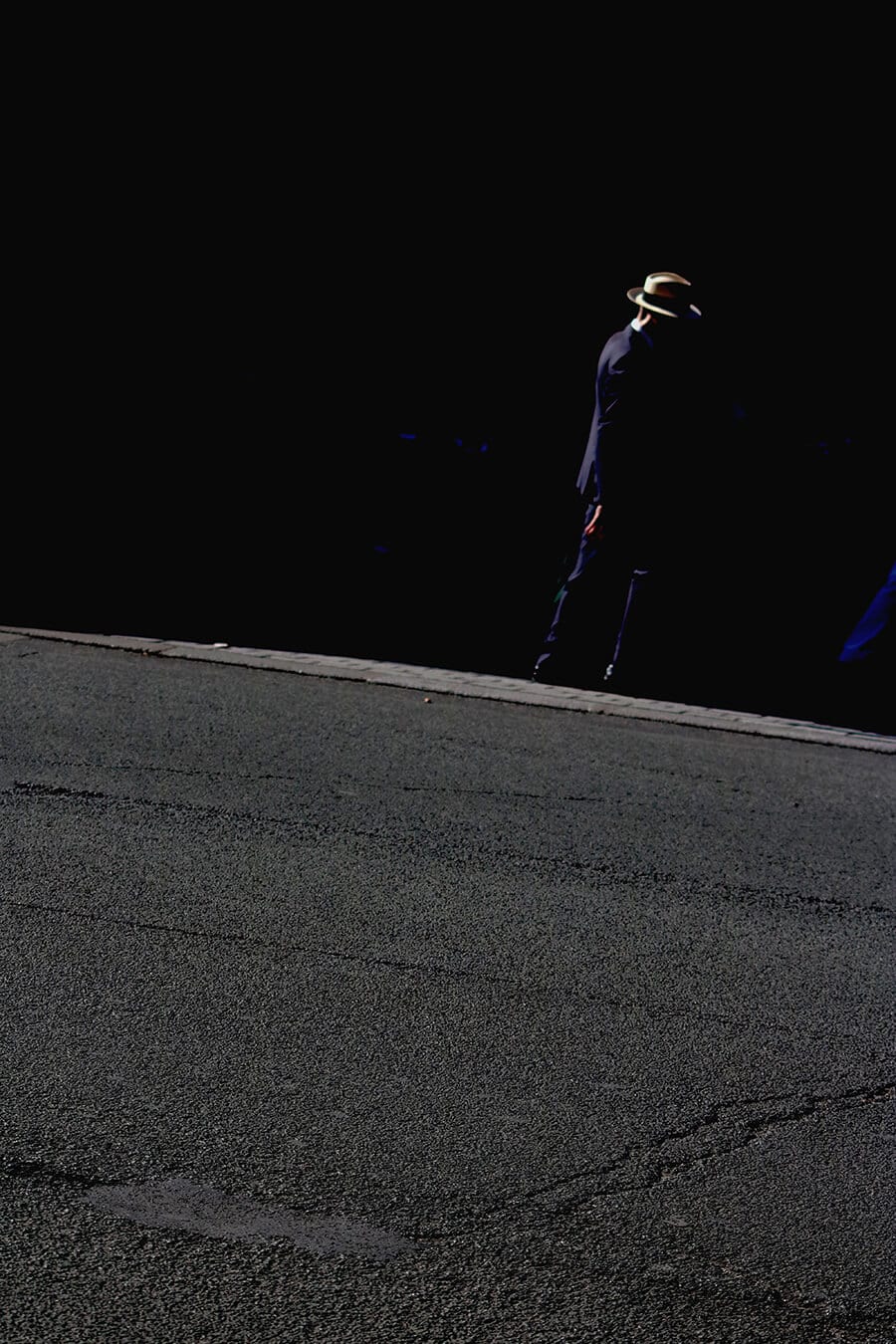 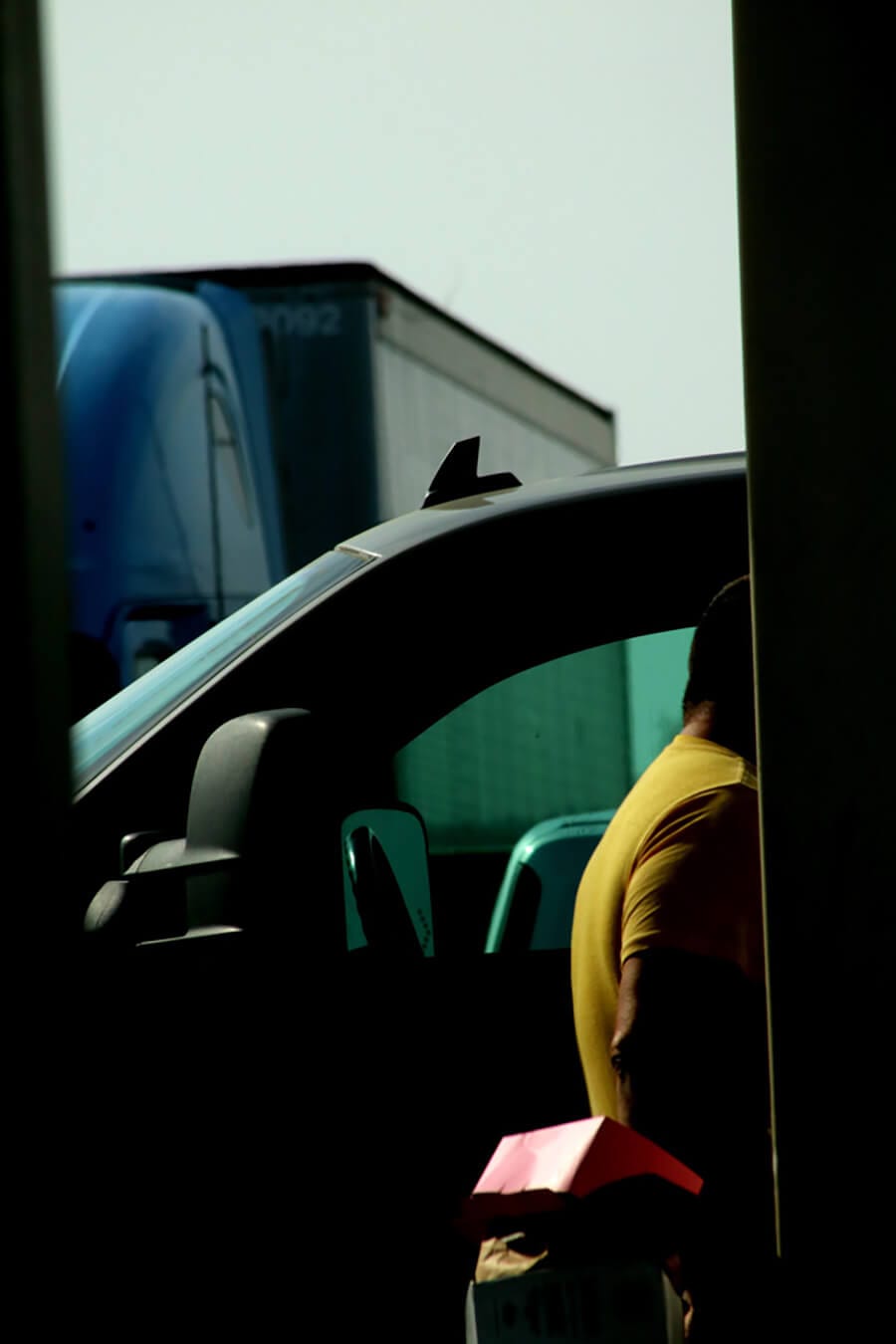 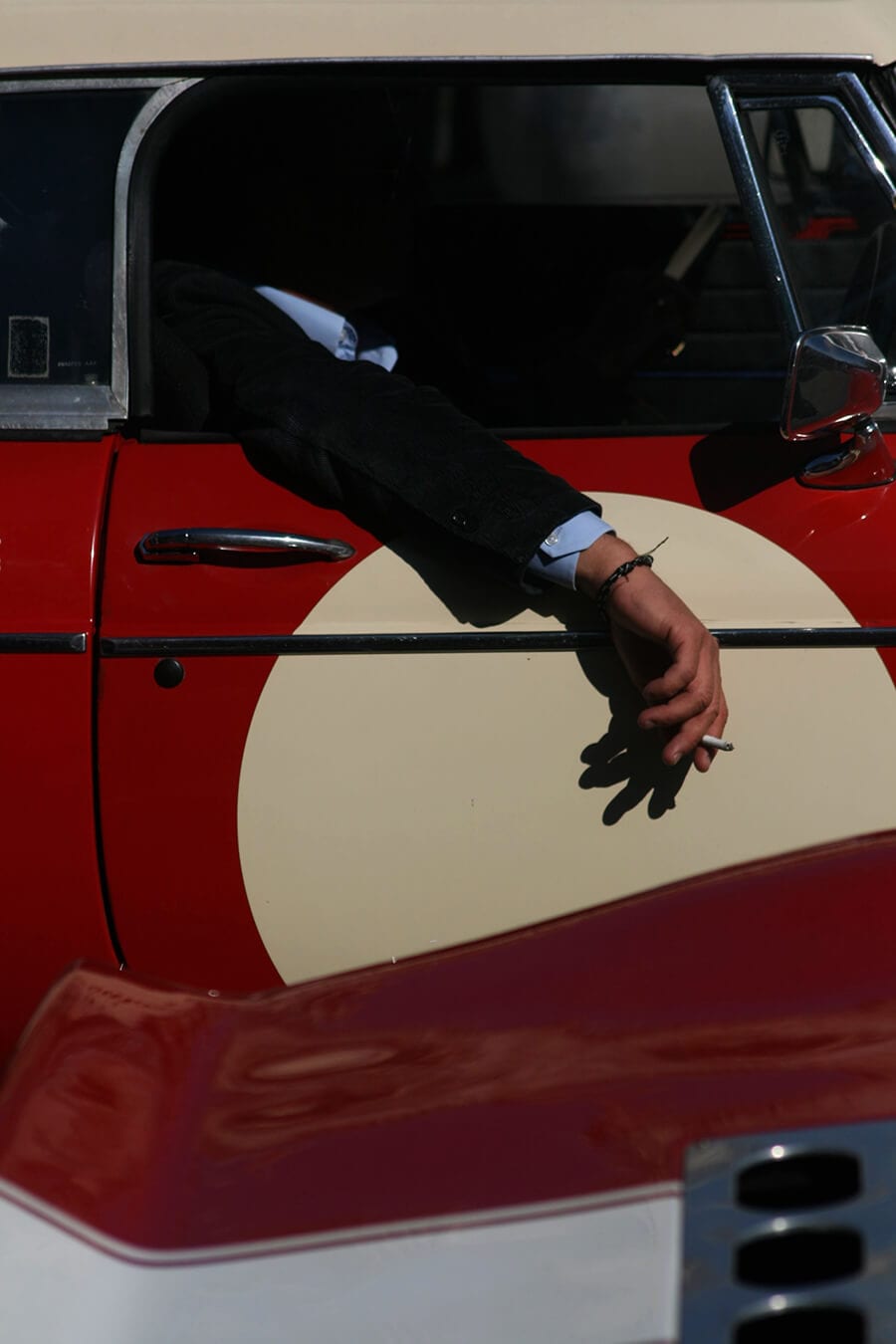