A Longing for Being Out There

An interview with Dino Kužnik

“I grew up in a young country that shaded its socialist past and embraced the Western world’s capitalism. This had a significant impact on me.”

Dino Kužnik is a Slovenian graphic designer-turned-photographer based in New York, whose work explores solitude and human impact on the natural world, and is created through a total immersion within the environment in which he works.

His new book DINO is the fifth in an ongoing collaboration between Setanta Publishing and Open Doors Gallery which aims to champion the work of emerging art photographers. To celebrate its release (which you can find here) we put some questions to Dino, and his responses – covering his longing for freedom, his photographic approach, and his formative years in Slovenia as it transitioned from socialism to capitalism – are well worth a read alongside his beautiful imagery…

Hi Dino. Thanks for agreeing to answer some questions with us. First up, could you tell us a little bit about this collection of images you’ve brought together for this publication?

Thank you for having me! When selecting photographs for this publication, I spent countless hours in my vast archive, which spans back to 2014. I selected some older unpublished photos and some new ones that were made on my first road trip after the lockdown in New York. Call it a longing for “being out there again” to explore and produce more work. This series of photographs is still very personal, and I see it as a closure of the work that started with my first hardcover, Shaped by the West, but expands through just the western states and delves a little bit into my commercial work too.

How did the collaboration come about?

Setanta books reached out to me and asked if I wanted to publish with them for their bi-annual release. My friend Arnaud Montagard published his first hardcover with them, so I was quite familiar with them, and I was excited to do it.

Generally speaking the locations of your images are ambiguous, but they seem to encompass a broad geography – suburbia, prairie land, oceans, desert… how do you find your locations? And what’s your image-making process once there?

For five years now, my process of taking photographs was an escape from everyday life in New York City (and before 2015 from San Francisco). When I was still working as a graphic designer at a 9-5 job, I would take vacation days and fly out, rent a car, drive and photograph. I knew what areas I wanted to visit – but didn’t plan anything else rather than destination A and destination B – everything in between was completely spontaneous. This was a therapeutic escape, which was extremely rewarding. It made me very focused and more alert with my surroundings having no distractions, no stress, or restrictions. I would document everything that sparked my interest —the whole process being focused on me and my attraction to these subjects. This eventually turned into self-analysis, and I realized that in big part, my upbringing in Slovenia was very much tight to the American symbolism that I was so attracted to photograph. We became a democratic republic in 1991, and the flood of westernization came. I grew up in this flood, and it had a significant impact on me.

I compiled a lot of this work into my first book called Shaped by the West, but I always felt that I want to show more of it, not only the work done on the West but also on the East coast and some commercial work – and the zine was a perfect chance to do that.

My photography approach is a lot more focused nowadays as I don’t want the future series to be so personal, but this sort of approach is so emotionally rewarding to me that I still do it at least a couple of times per year. 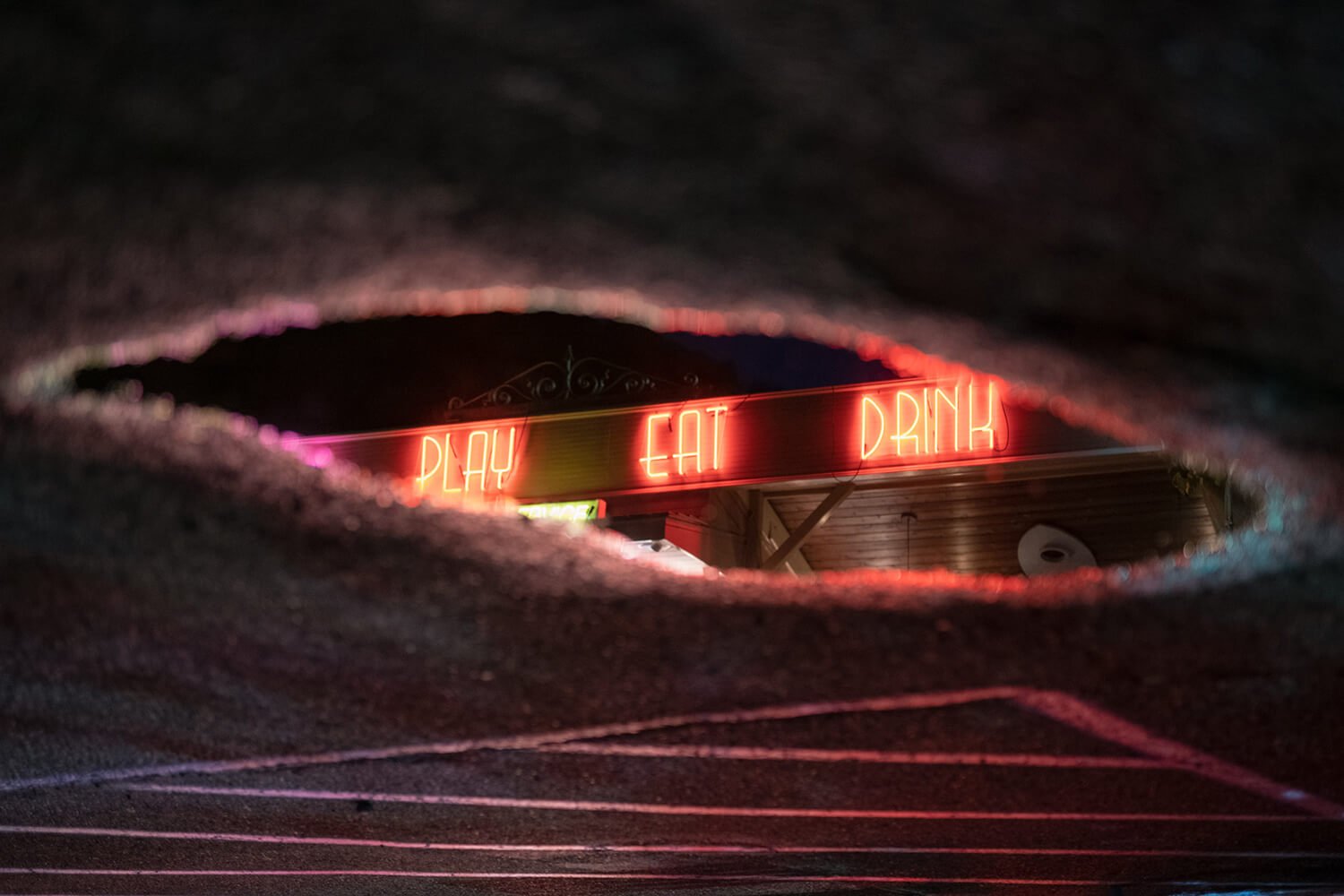 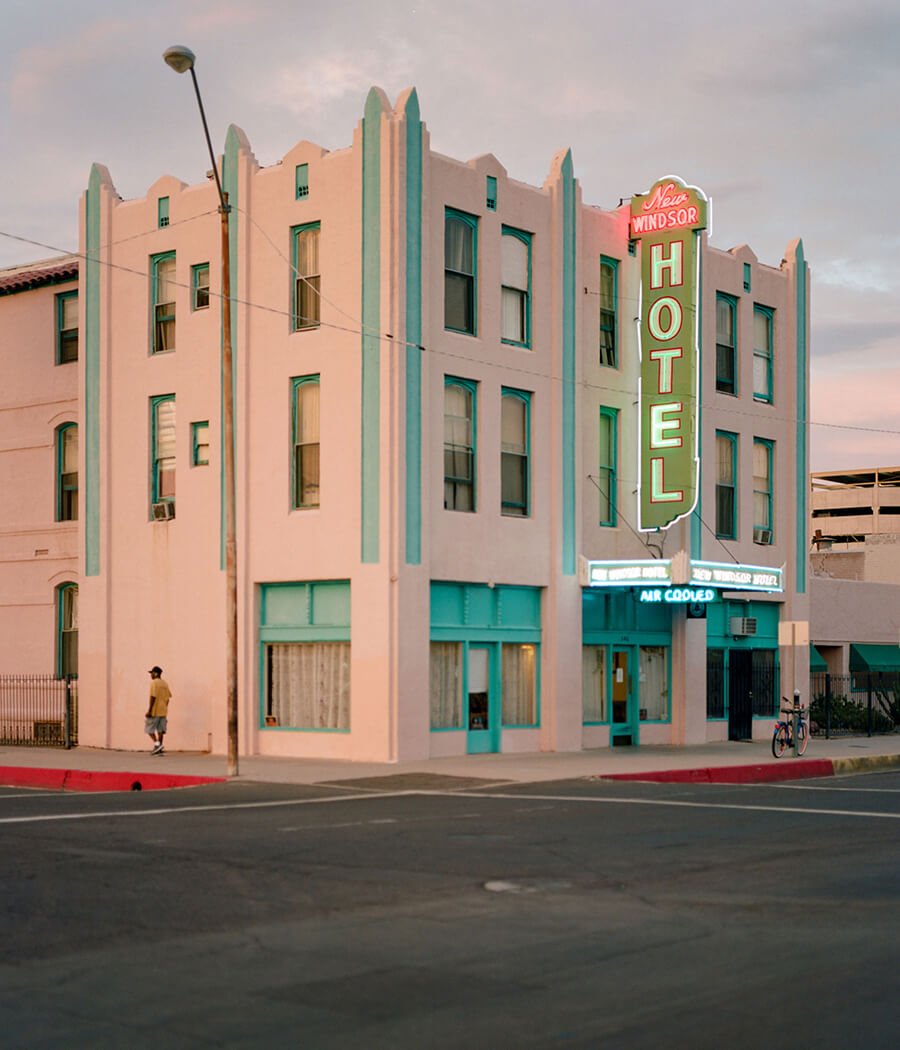 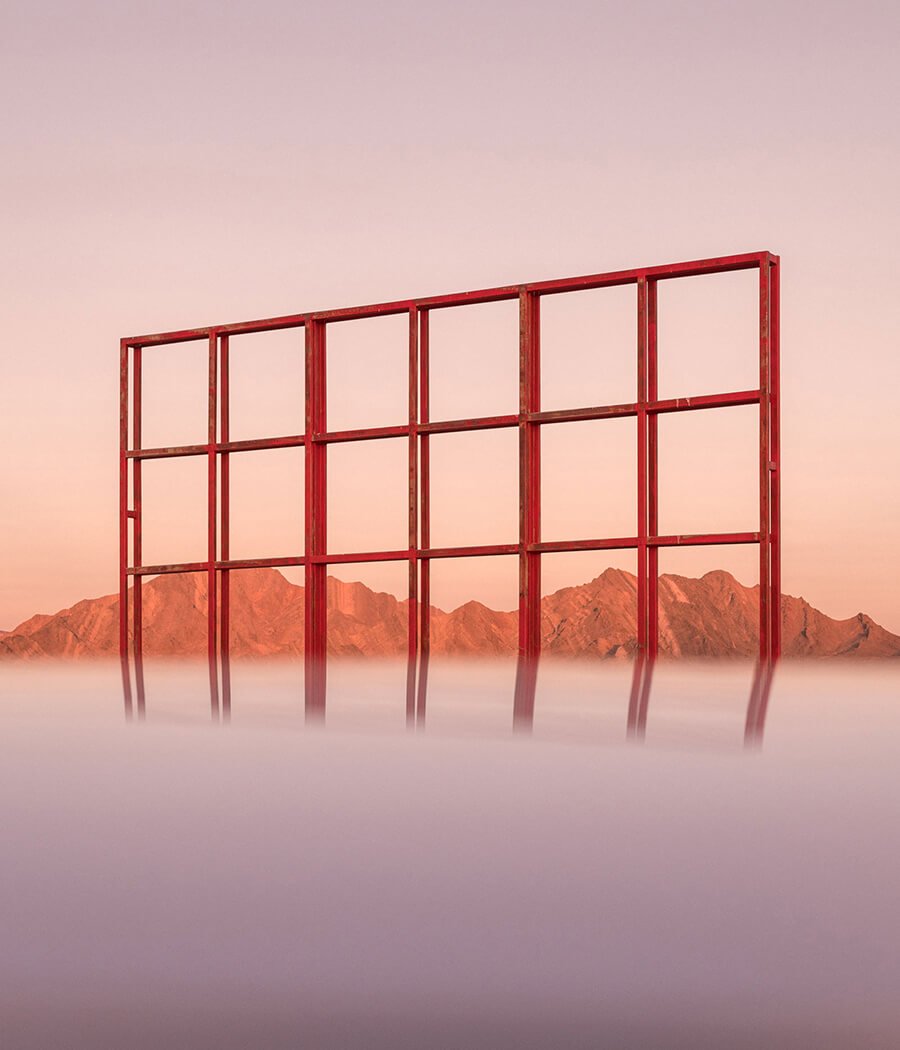 There’s a sense of solitude and quiet that runs through the images. Occasionally we see a single figure, but more often than not, the scenes are devoid of direct human life. Tell us about this stylistic decision. Is this search for solitude a response to hectic daily life in New York, or is that analysis too simplistic?

In part, you are correct, as these road trips were an escape and brought me much needed peace of mind, so they reflect my state of mind. But it was a conscious choice not to include them in the photographs and show that even the most mundane scenes hide beauty if you look for it, and this is shown best by making these scenes devoid of humans and directing attention elsewhere. I was also inspired by the movement New Topographics quite a bit, so that may be an additional reason I subconsciously focused more on these kinds of scenes.

Many of the images seem to describe a faded American glamor – that of motels, diners, and muscle cars… is that a conscious theme?

I grew up in a young country that shaded its socialist past and embraced the Western world’s capitalism. This had a significant