A dialogue on feminism today.

Parents to a 10 year-old daughter themselves, women’s rights have always been a discussion point in their family. Intervention, ‘calling out’ and education remains reliant on adults even in the most advanced and democratic societies, and it’s a role that parents must embrace to ensure that equal opportunities and equal rights do not run the risk of being underestimated and absorbed as tradition, culture or religion.

Using an invented board game (a collaboration with their daughter Penelope) as an accessible stimulus, Mars & Sham met with 22 men and their 8-11 year-old daughters, and explored concepts, definitions and everyday scenarios relating to feminism. In doing so they encouraged reflection, empathy and discussion beyond ordinary conversation – a short but intense adventure into challenging themes. In some cases it was clear that it was the first time the fathers had broached these topics, but each conversation left the pair united and happy.

The accompanying images evoke old family portraits, evolved to highlight the confidence of the girls and the close familiarity of modern-day relationships between father and daughter.

We present a handful of those portraits alongside snippets of conversation. You can see the full video here. 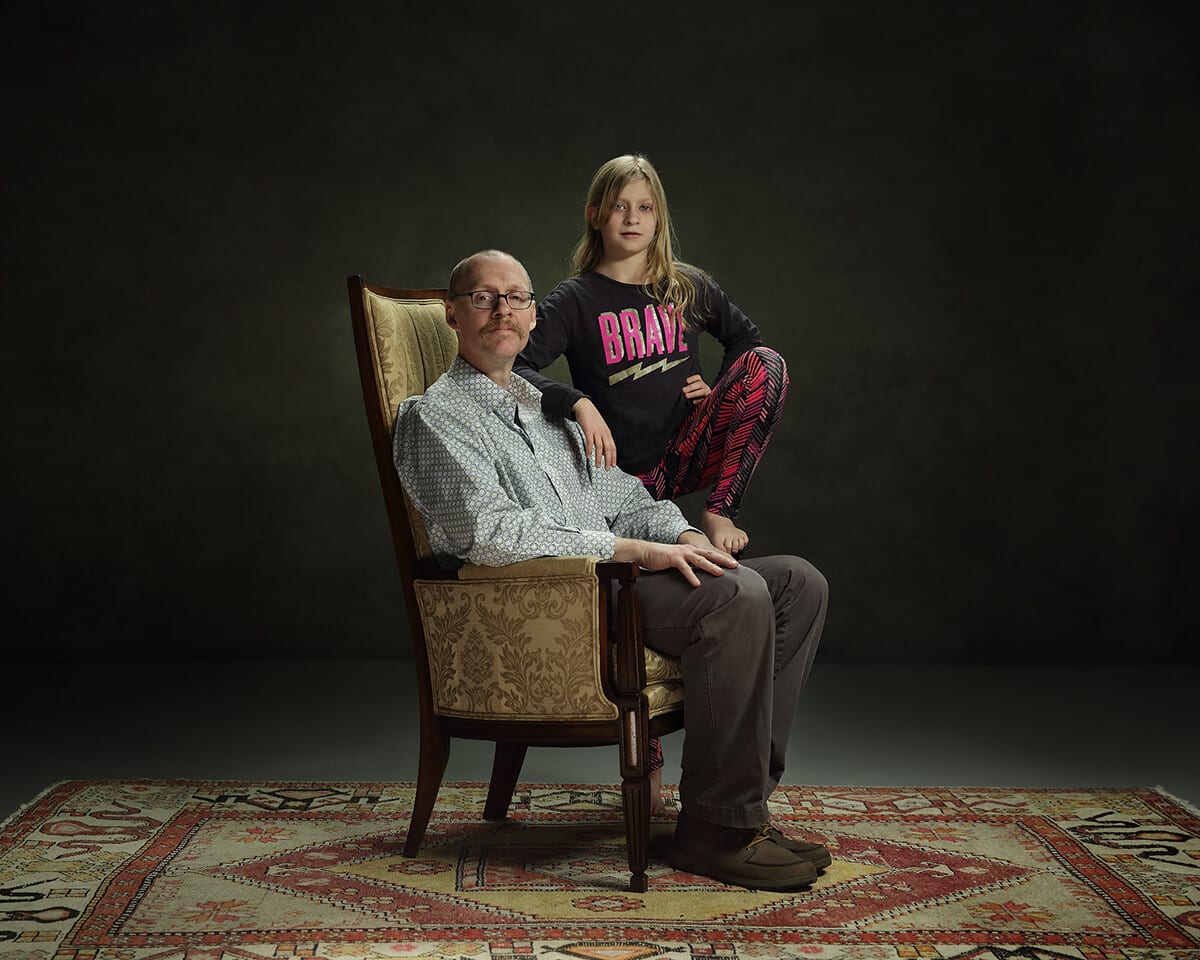 What lessons have you learnt by bringing a daughter into the world?

David: Yes other than Stellar is amazing… I think I had never thought about the hate speech, that there are certain words, a whole lot words for women but there aren’t the equivalent words to describe the same behavior in men and the double standard, the way women are not treated the same way in the workplace.
I grew up in a very traditional house and my dad was not the most liberal-minded in terms of the roles of who did what. Now I have Stella and Valentina and Nicole my wife who is a very outspoken person.

Stella: She curses a lot.

David: Well she curses a lot but she is also, she gets things done and I think I’ve gained a lot of respect for women living with so many of them now around the house.

“Behind every great man there is always a great woman”. What’s your opinion on this phrase?

Stella: I think it seems like the men and women should be equally treated and they are both the same as men. They both play baseball, they can both do soccer they can both drive cars, open a cooking show…

David: What do you think that means “behind every great man there is always a great woman?” Do you think it could be a wife or sister, his mum or a good friend? What’s your opinion? Do you like that expression?

Stella: No I don’t like it, it sounds sexist

David: It does in a way doesn’t it?

David: but it’s the physical position in it too right, the woman behind the man. Why isn’t it the other way round? Behind every great woman there’s a great man supporting her!