“Our story is an ordinary one, and maybe that’s why so many people can relate to it”

Michal Solarski and Tomasz Liboska grew up on the southern edge of Poland. They came of age in the early 90’s, and they lived and dreamt like small-town teenagers at that time did –they chased girls, they started grunge bands, they shaved their heads, swore against the ideals of mainstream society and became vegetarians. It was their small act of defiance against middle-of-the-road convention, and it meant everything.

But as these stories so often unravel, fate pushed up to the front row unannounced. Real life crept in. Paths diverged, and memories and idealisms – no sooner had they been created – started to inexorably dissolve. They chose different schools, and journeyed to different cities in different parts of the world to find their piece of happiness. But despite their geographic separation, a common thread remained – they both started taking photos.

‘Cut it Short’ is their journey back to that town. Their attempt to recreate those moments – to re-seize adolescence through a meticulous reconstruction of that distant world. It’s less of a journey backwards, and more of a journey inwards. A reaffirmation of home, family and friendship.

Michal shares that journey with us.

“Tomasz and I had talked about collaborating for years. We knew we would do some work together at some point. It was just a matter of time. After countless ideas that each of us came up with for the project we could do together, we thought that in fact our own story could be very interesting. We hoped it might be seen as some kind of generic portrait of growing up in the nineties or perhaps growing up in general. Our story is just an ordinary one and maybe this is the reason why so many people relate to it.

We knew that certain memories from that period of time where more important for us than the others. Before we took the very first pictures we had a list of at list 5 or 6 scenes that we want to recreate, and we talked on the phone and messaged each other pretty much constantly discussing the next scene we wanted to do. Of course every time we shot we tried different things. We moved the cameras around the room, we changed lenses and asked the model to try different gestures. Our intention was to take the pictures that would not be automatically perceived as staged. The viewer cannot know if the scenes are acted or not. Therefore we sometimes allowed the models to be more spontaneous and easy about how they should act. We hoped that by doing that it will result in more candid and dynamic images”. 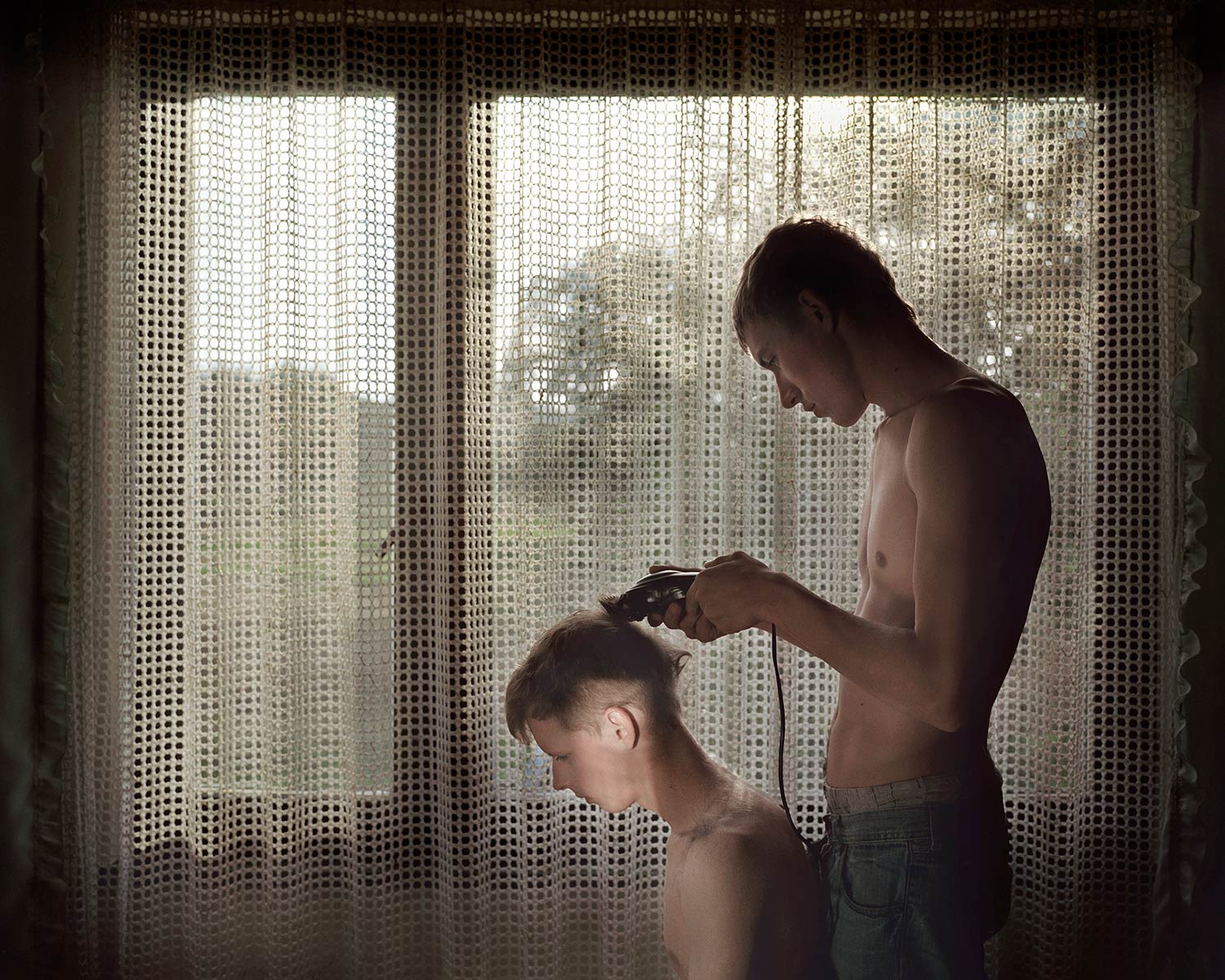 “We were thinking of going to the local high school and organizing proper casting for actors to play us. But then Tomasz showed me Dominik’s profile on Facebook, a relation of his wife. I knew that we didn’t need to search any further. He was just perfect. On his profile picture he looked almost exactly like me 20 years ago. Then we found that his best pal would be perfect for the story as well. They hang out together all the time. They write rap music together and dream of a great life, like we used to. For me the story repeats itself. We could not find anyone more suitable to do it with.

The place where we grew up in has change a lot over the course of 20 years. The spots that we wanted to capture either ceased to exist or completely changed their character. Sometimes we had to move the set to some other places, far from Goleszow, in order to give that specific atmosphere to the pictures”.

“Dominic and his friend hang out together all the time. They write rap music together and dream of a great life, like we used to. For me the story repeats itself.” 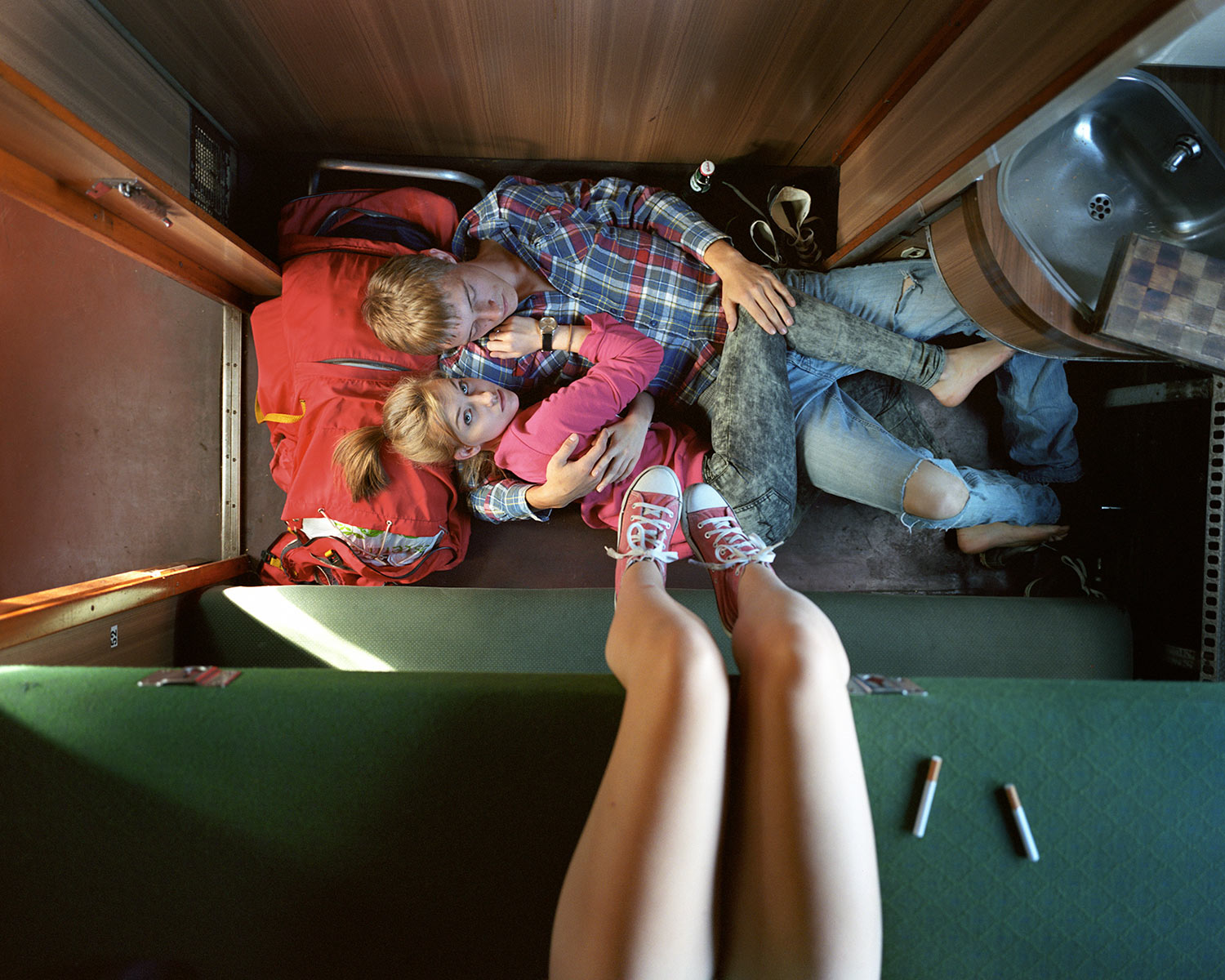 “Looking at my younger self gives me sometime a strength to carry on. In a way it is kind of inspirational. We were so adventurous and courageous at that time. So free in a way. I feel that somehow I have lost some of it somewhere on the way.

I think that for both of us everything worked out in life. Of course that there are small things that we could do differently but in general everything went well. Last twenty years Tomasz and I have spent far from this little town we used to call home. We both left it behind in search for something better, something bigger. Thanks to ‘Cut It Short’ we come back to that place to once again revive our youth. We have another chance to do something together which for me is priceless. In a way, the making of ‘Cut It Short’ made us realise how important home, family and friendship are for us”.