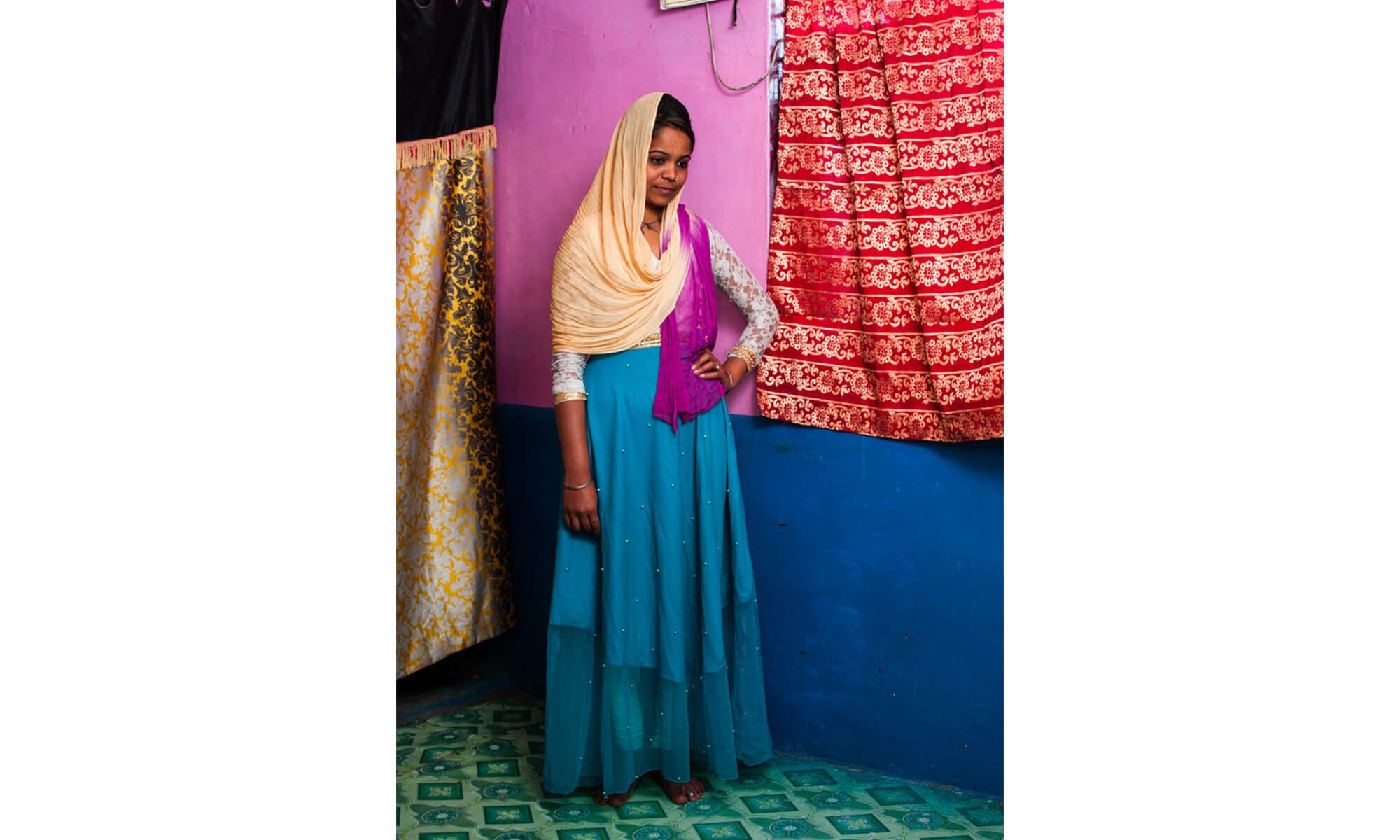 “Color! What a deep and mysterious language, the language of dreams.” – Paul Gauguin

We’re delighted to present the results of the seventh theme of Life Framer Edition VI, judged by Manager of the Department of Photography at MoMA, New York, Marion Tandé.

Color is everywhere, its ubiquity emphasizing the fact that an image having color, is very different to an image using color. To use color actively, be it to strengthen an aesthetic, convey an emotion or emphasize a subject is a skill that should not be overlooked and exactly what was sought in this judging process.

Although diverse in their style, subject matter, tone and message, each image in this selection is defined by its color. To drain them of that would be to remove their essence. Here we see color used playfully, provocatively, metaphorically… We invite you to soak them in! 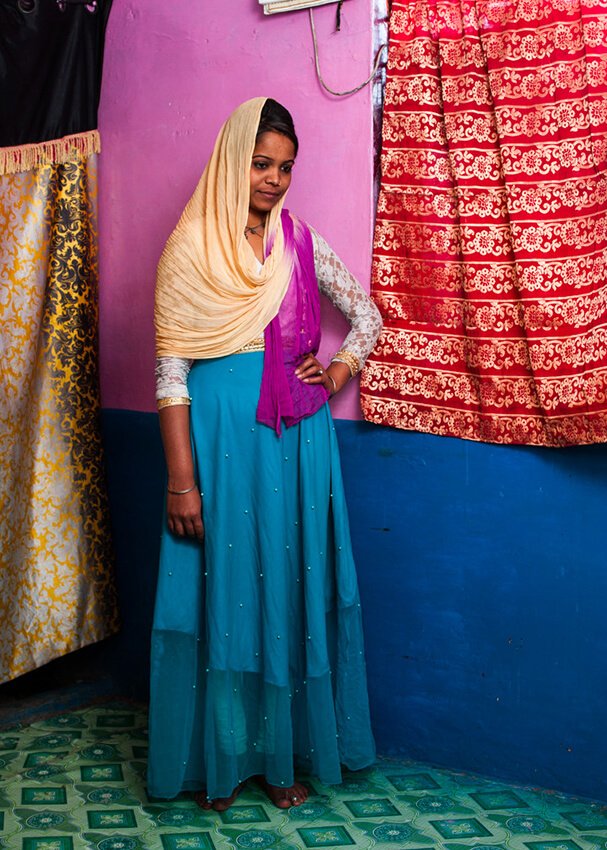 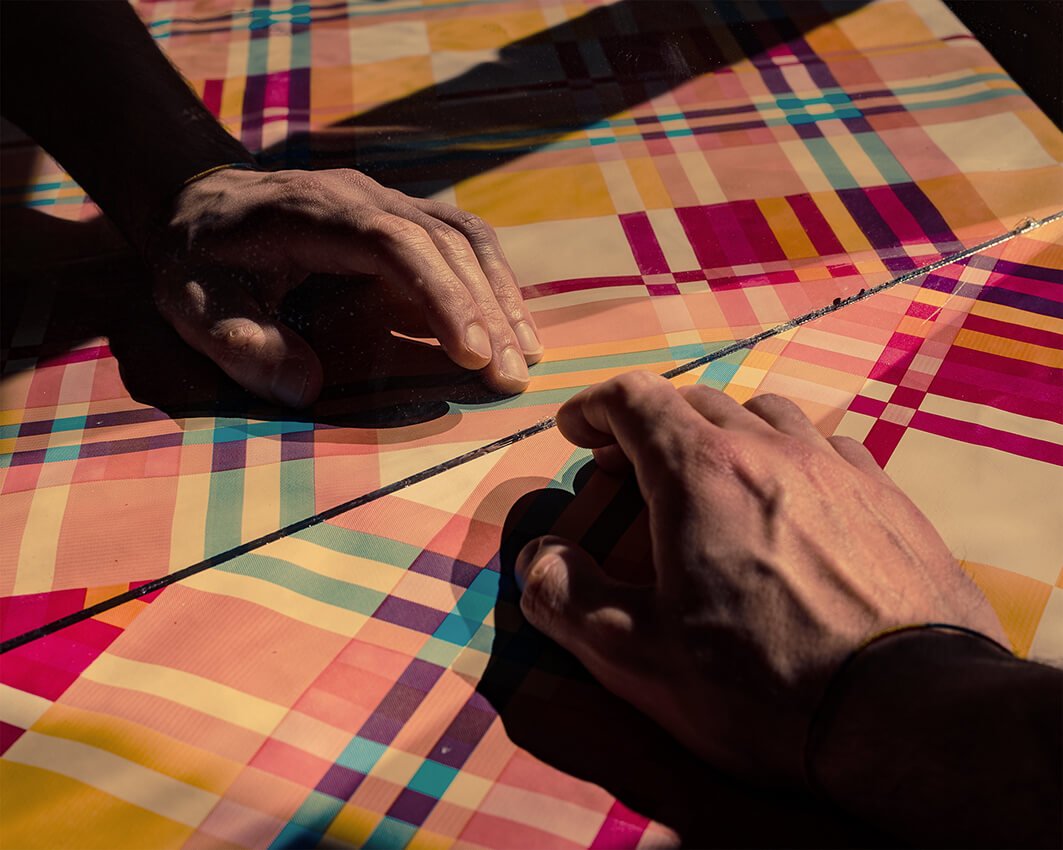 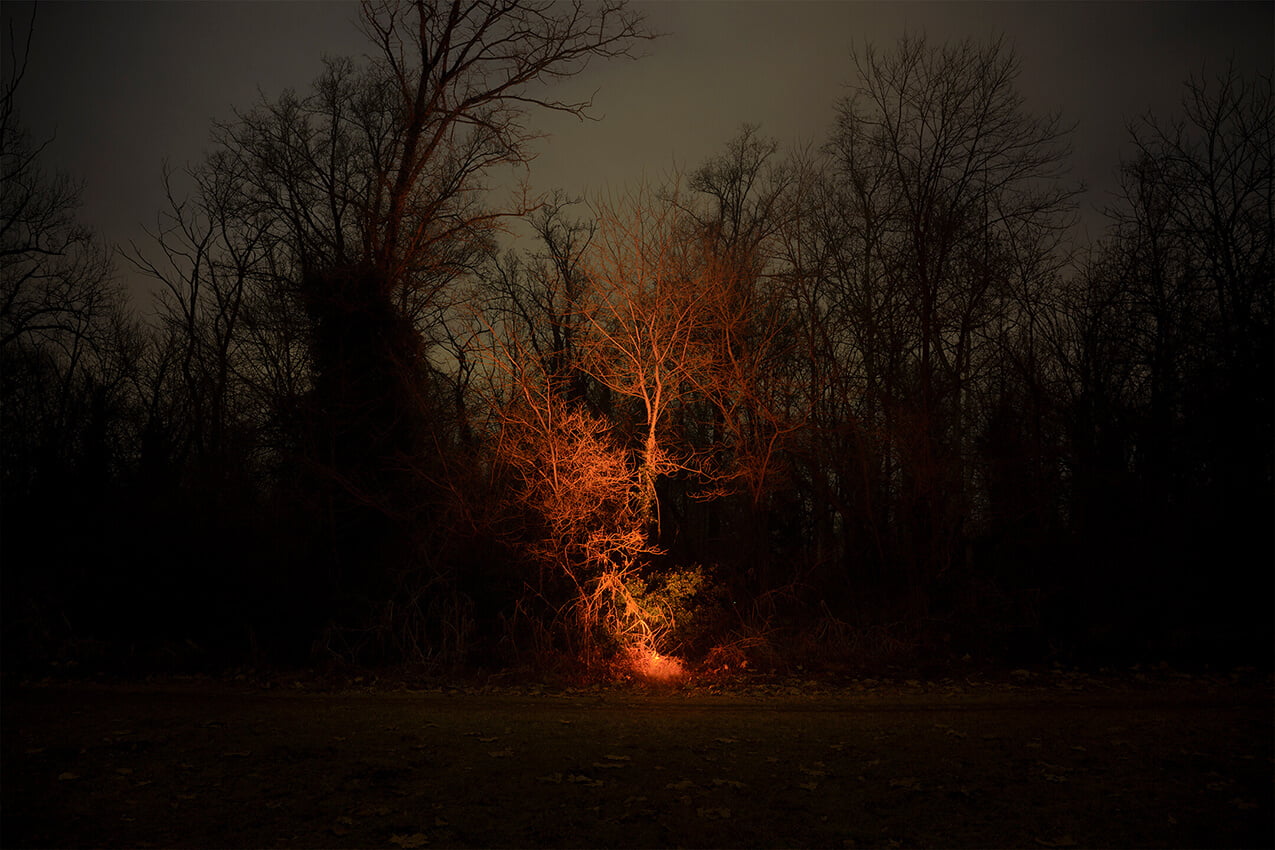 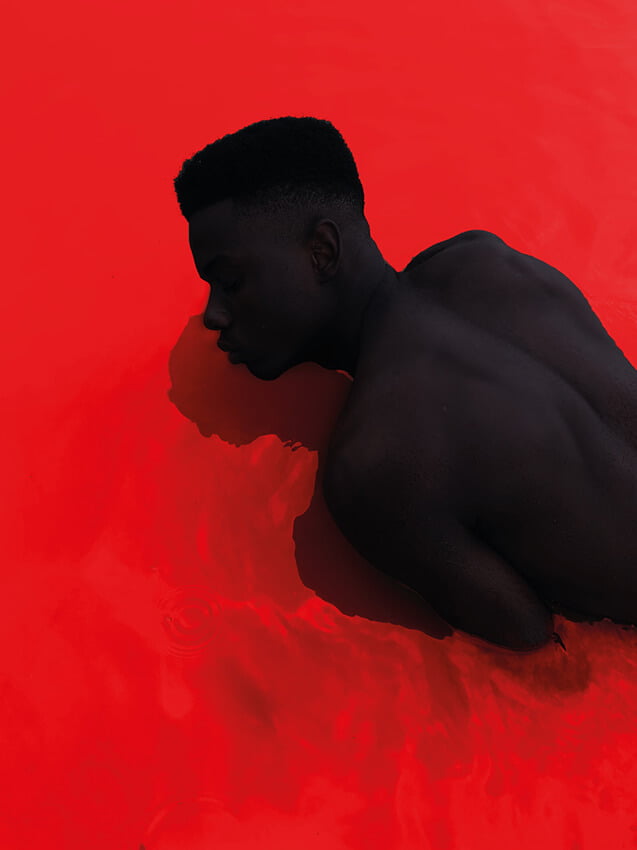 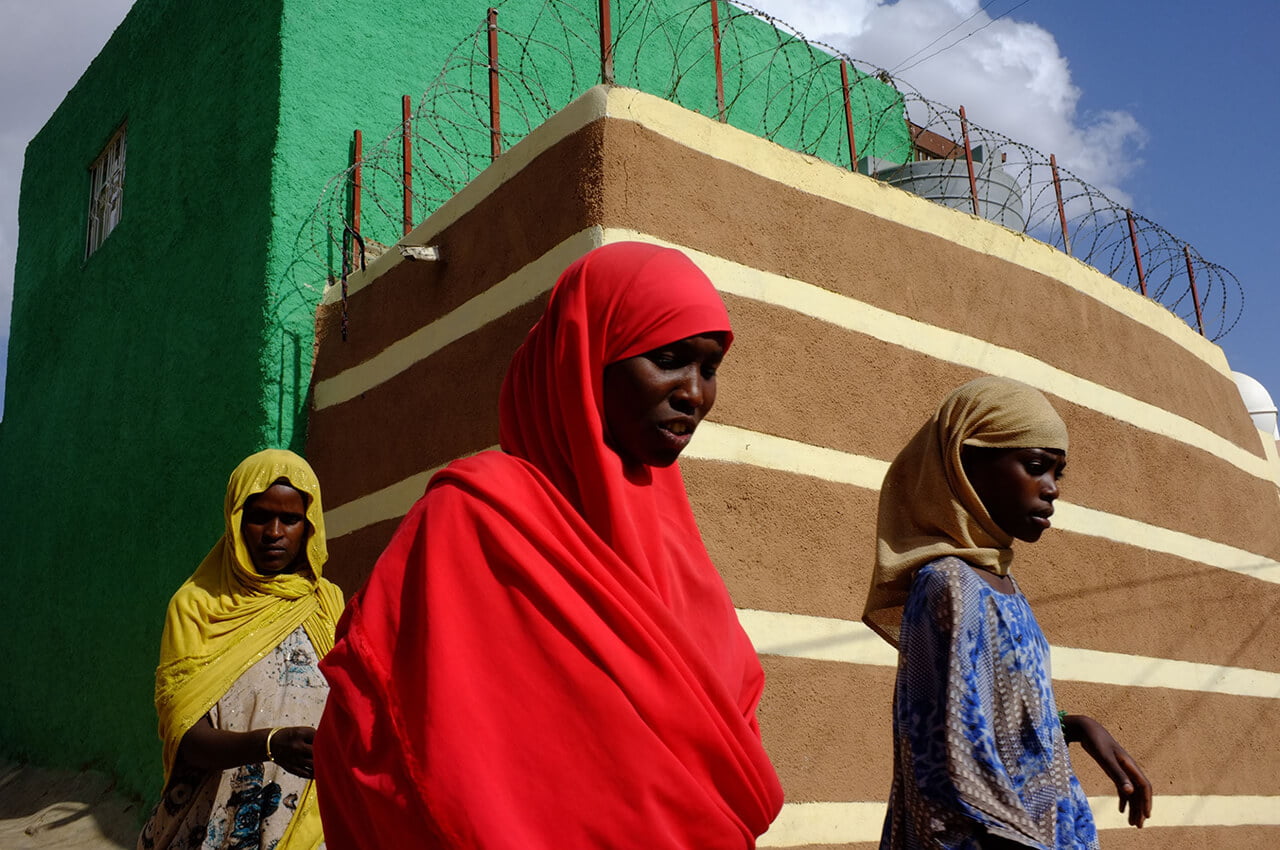 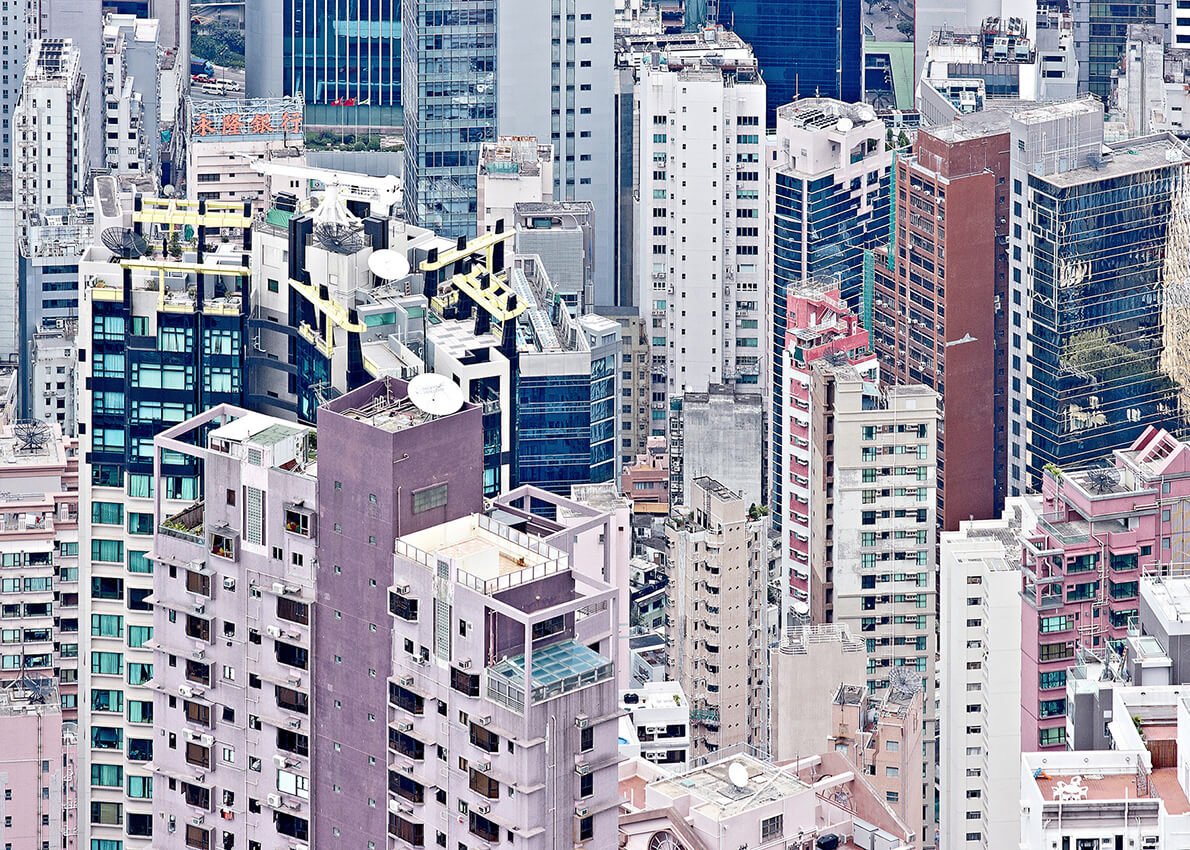 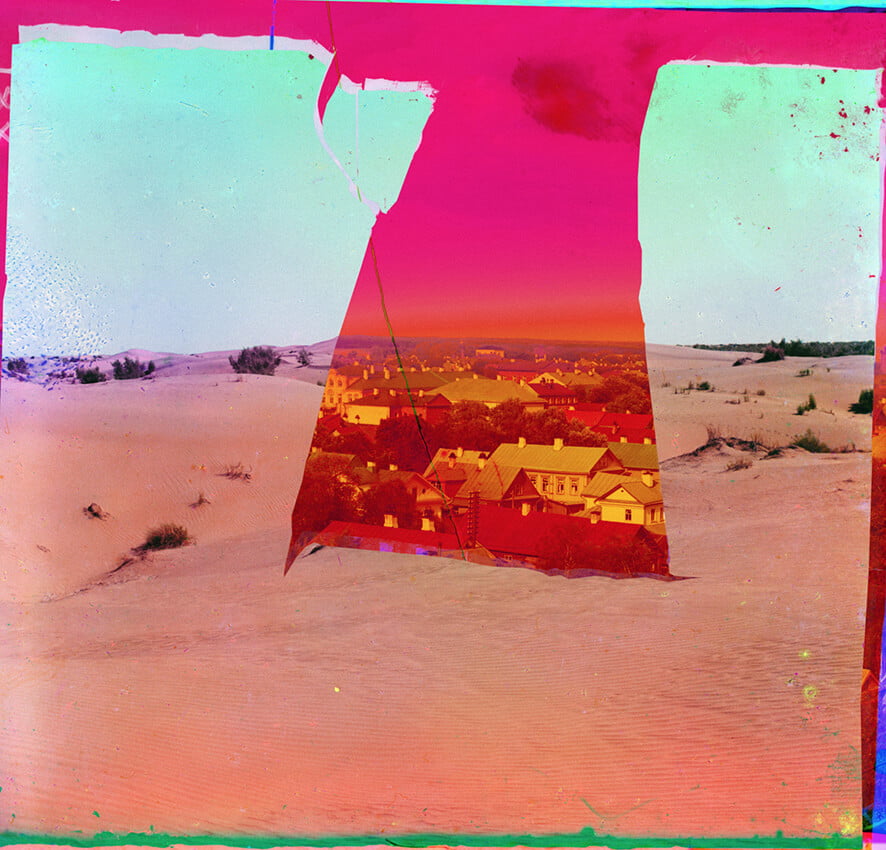 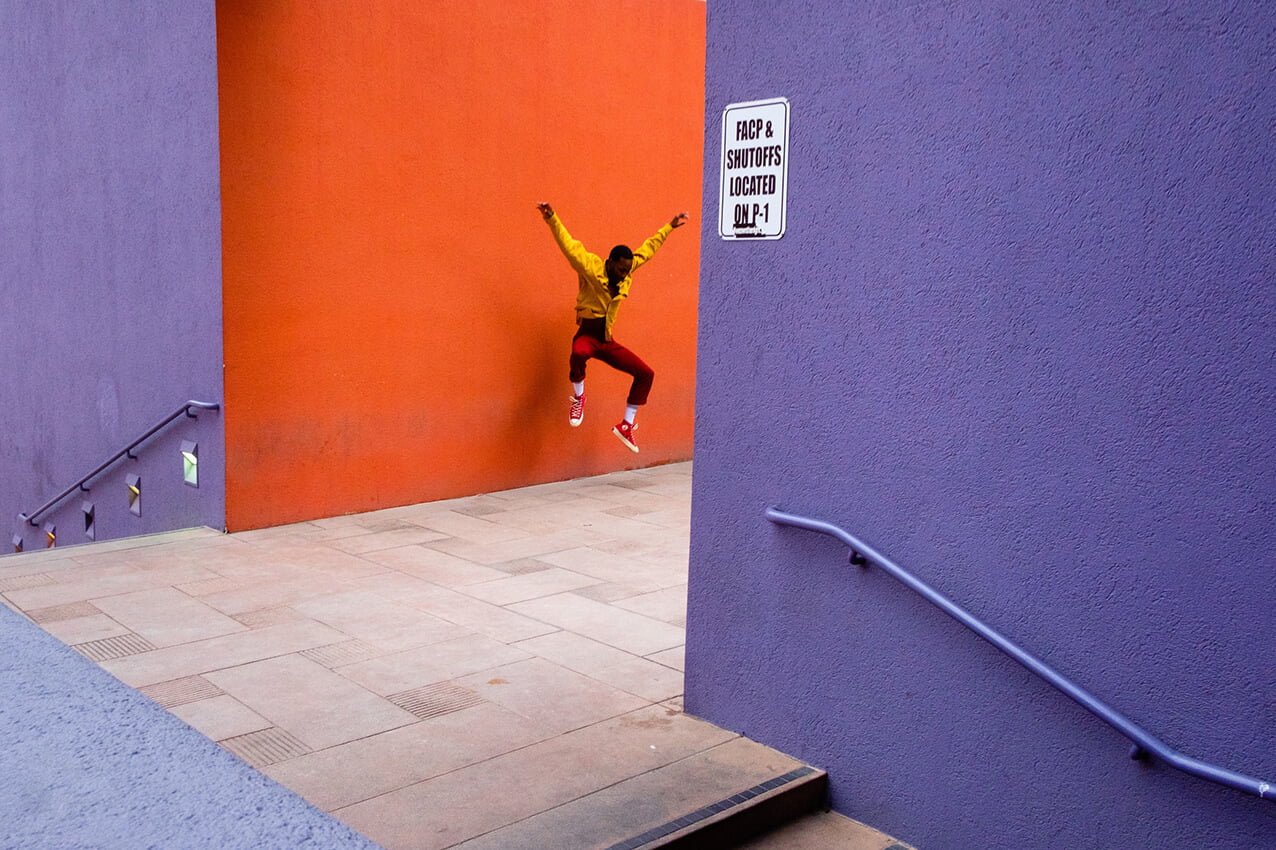 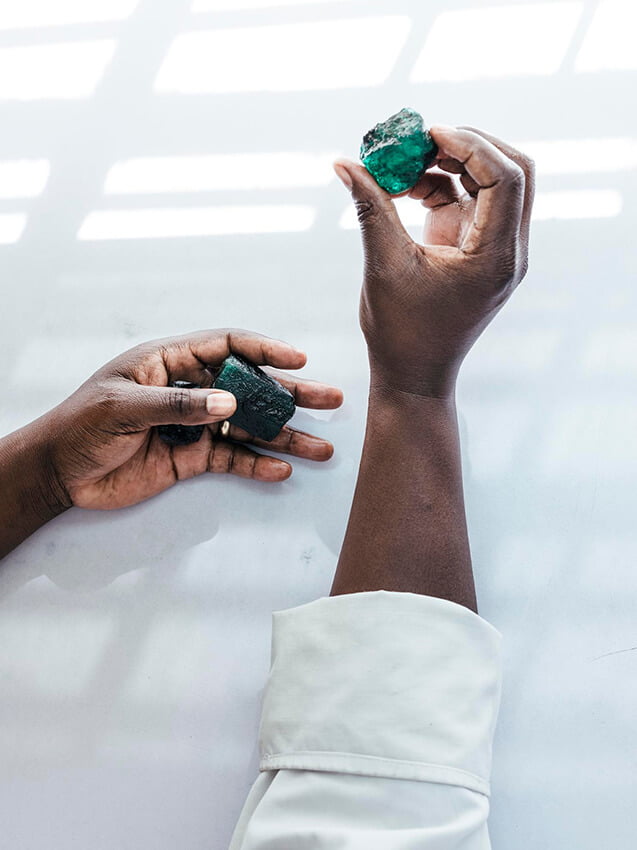 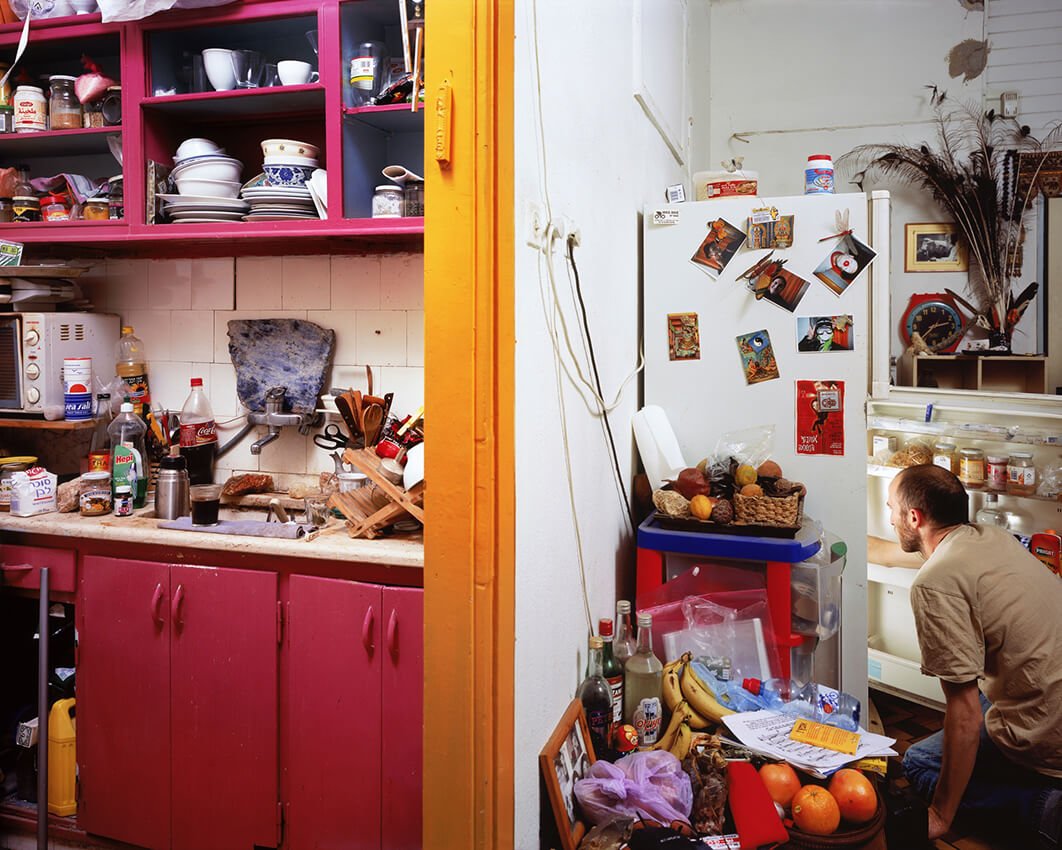 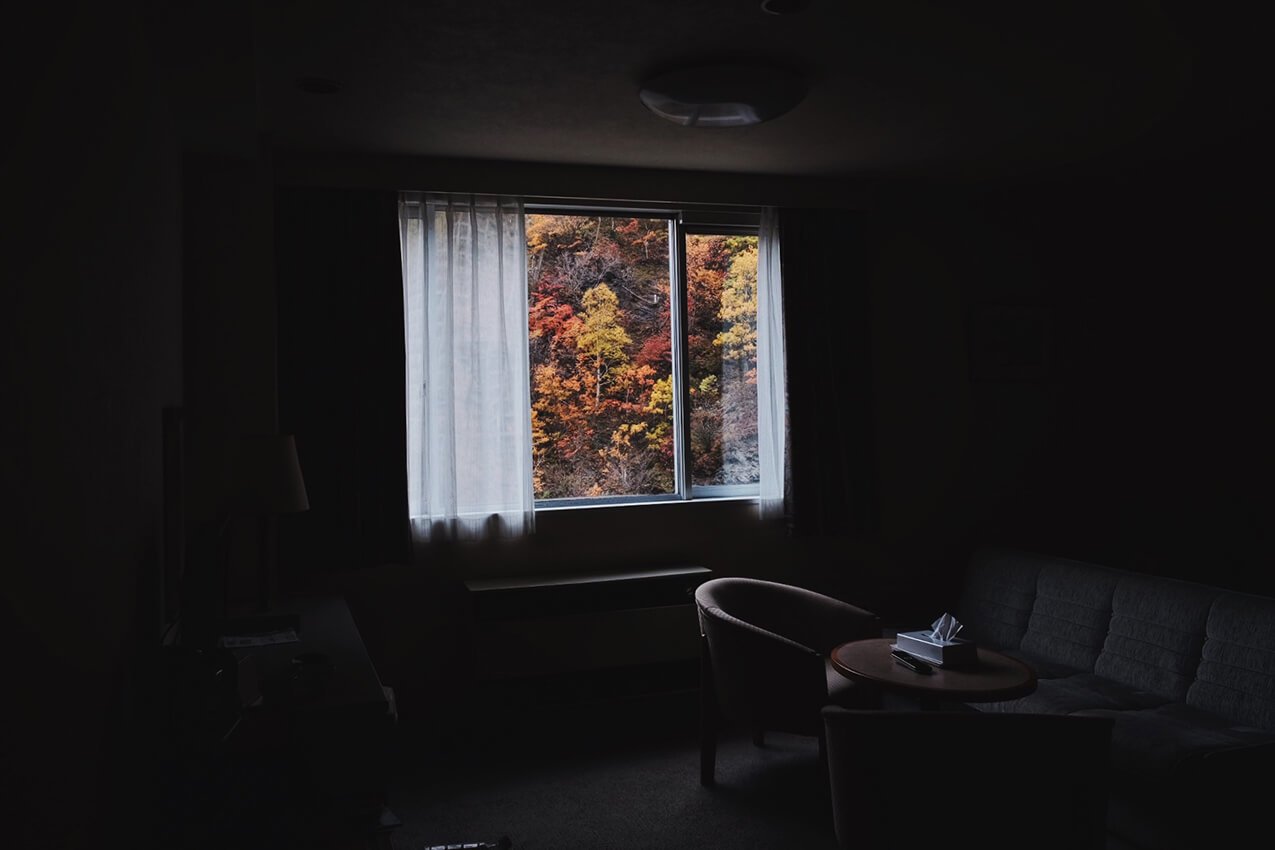 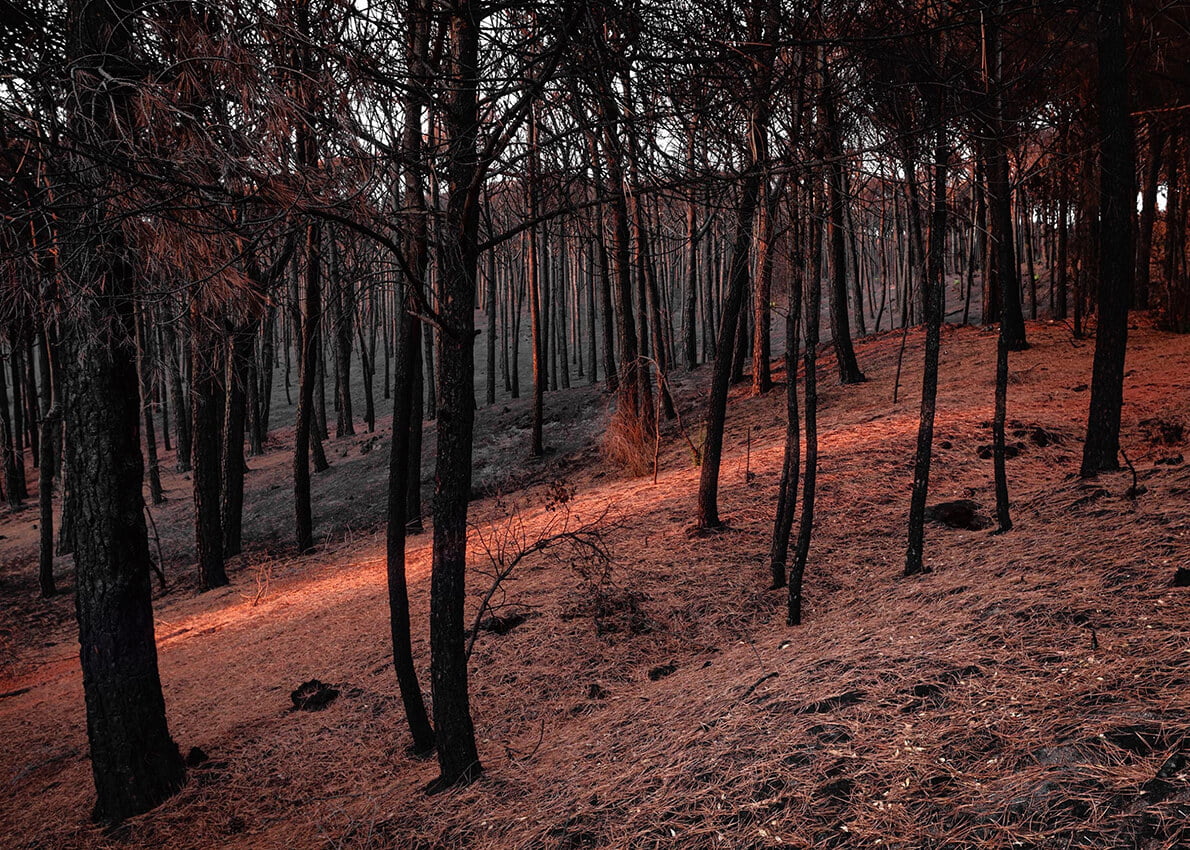 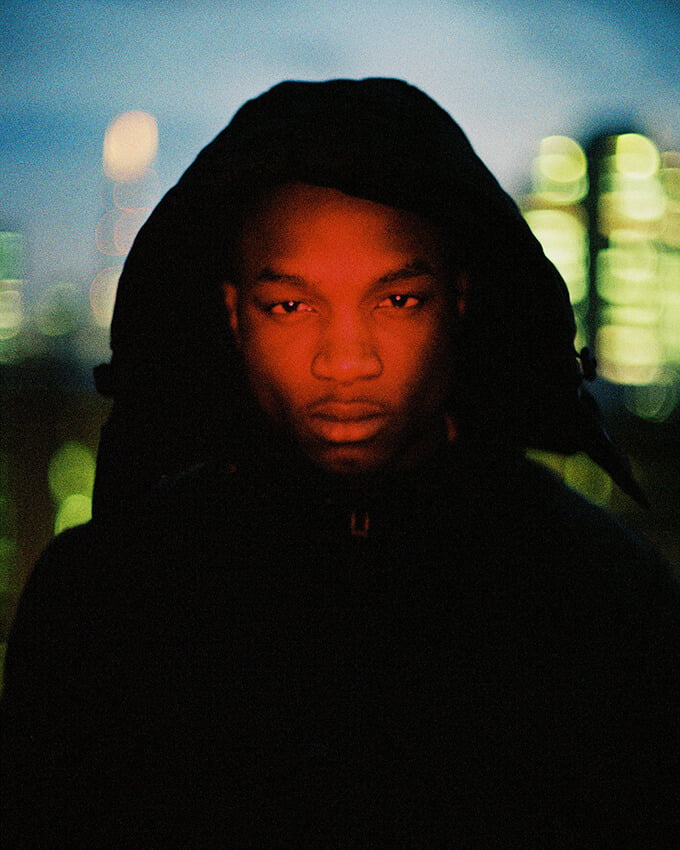 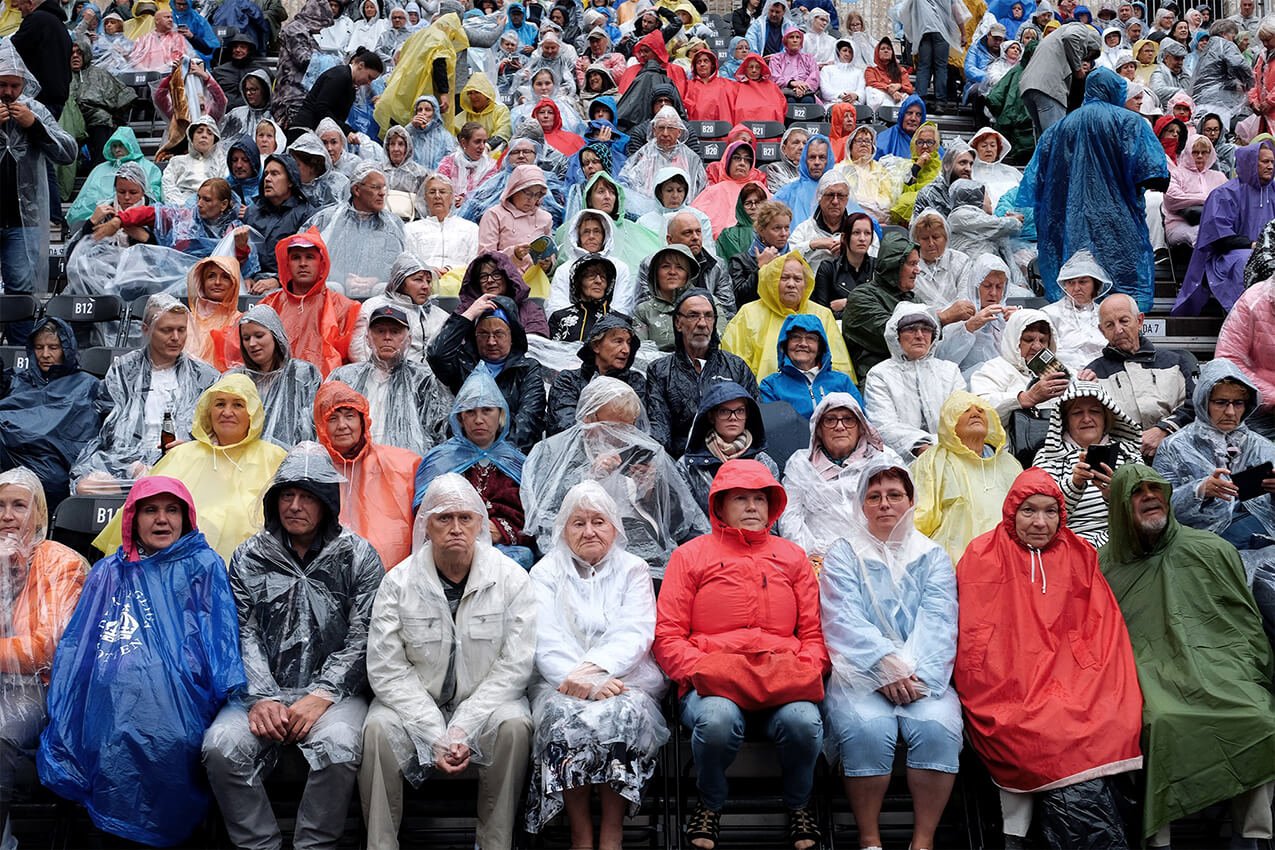 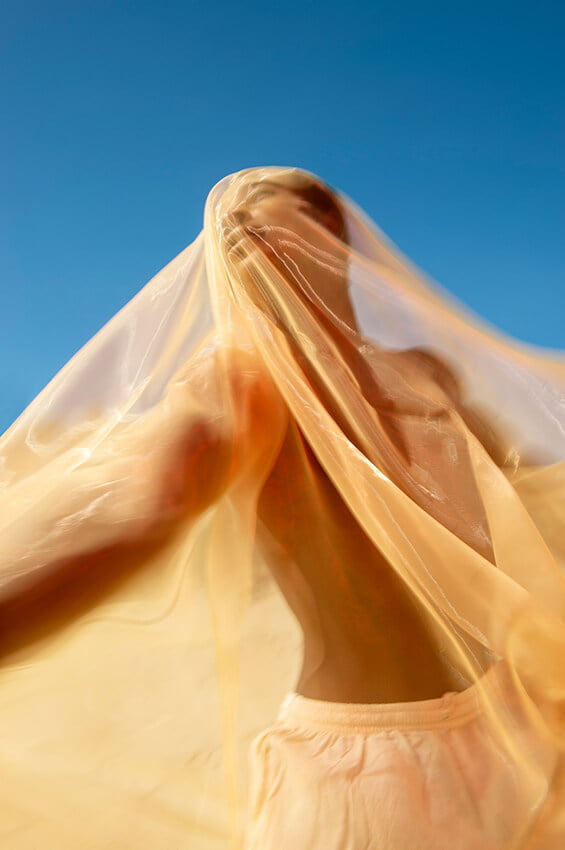 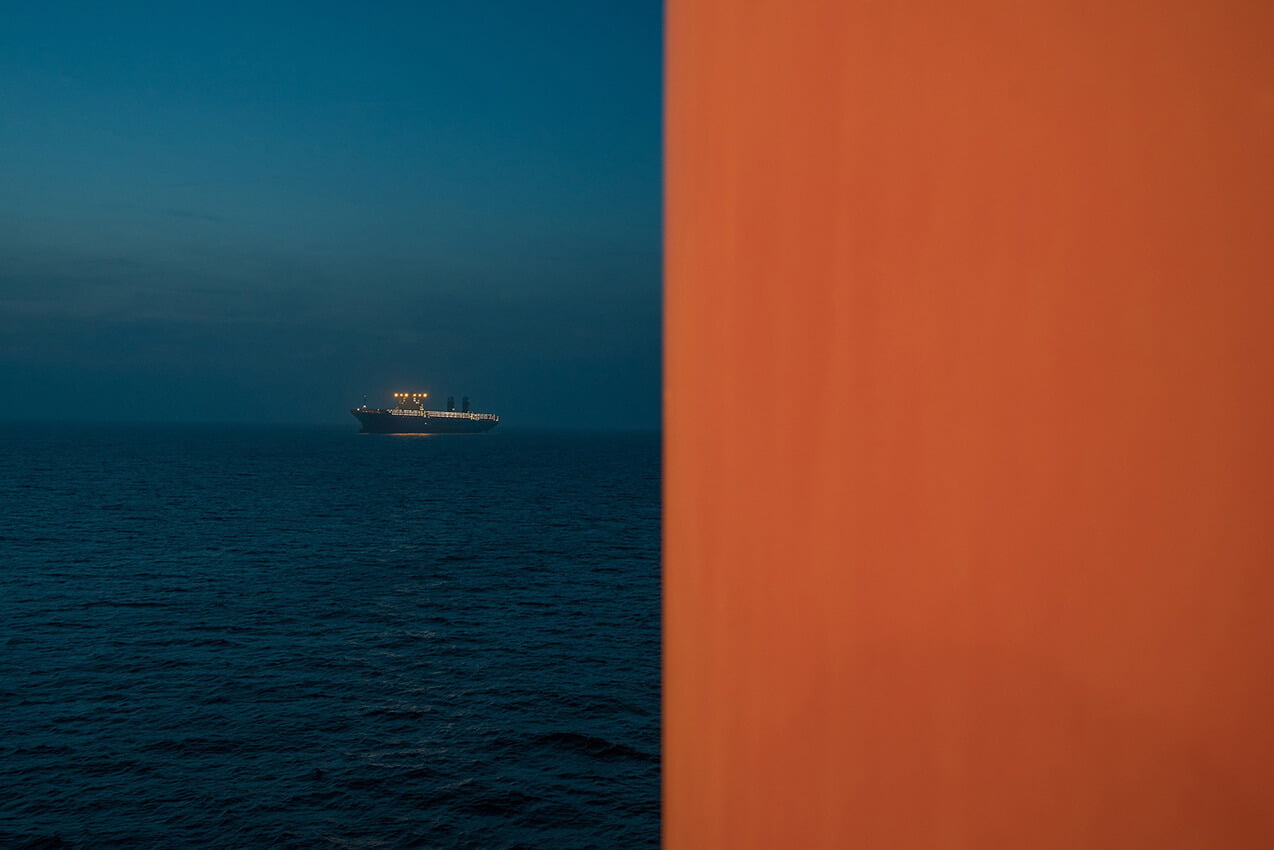 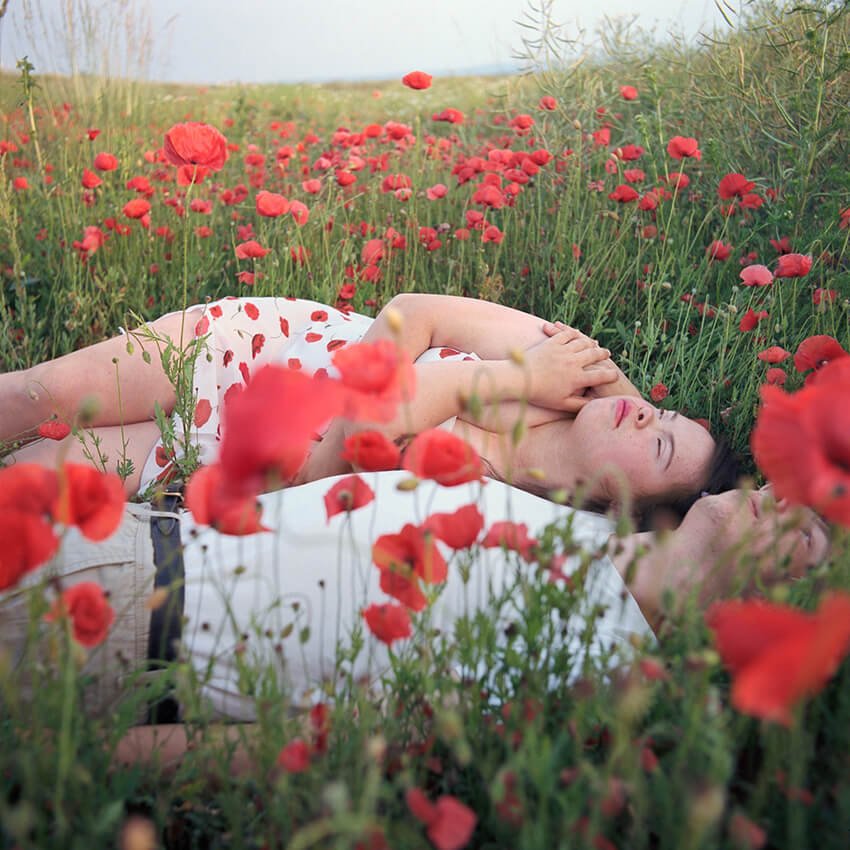 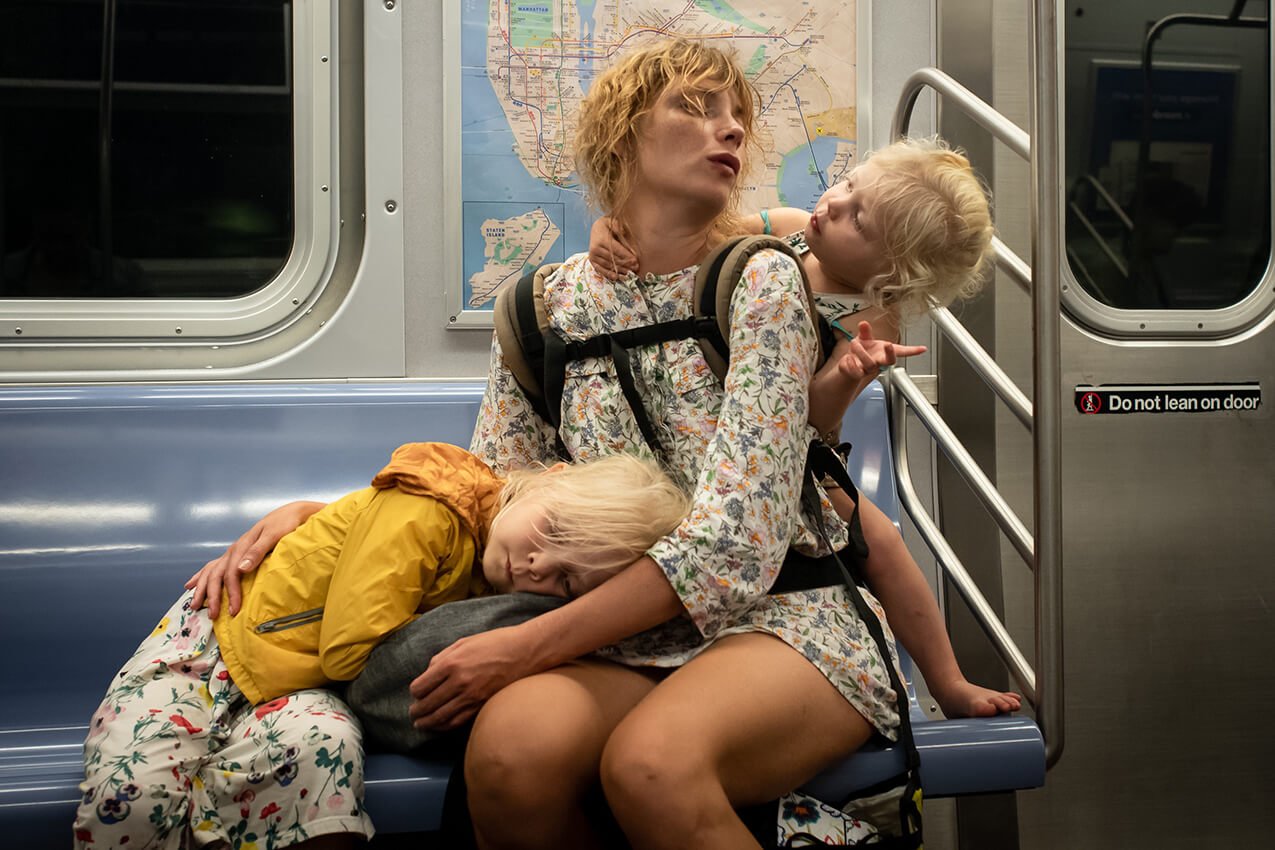 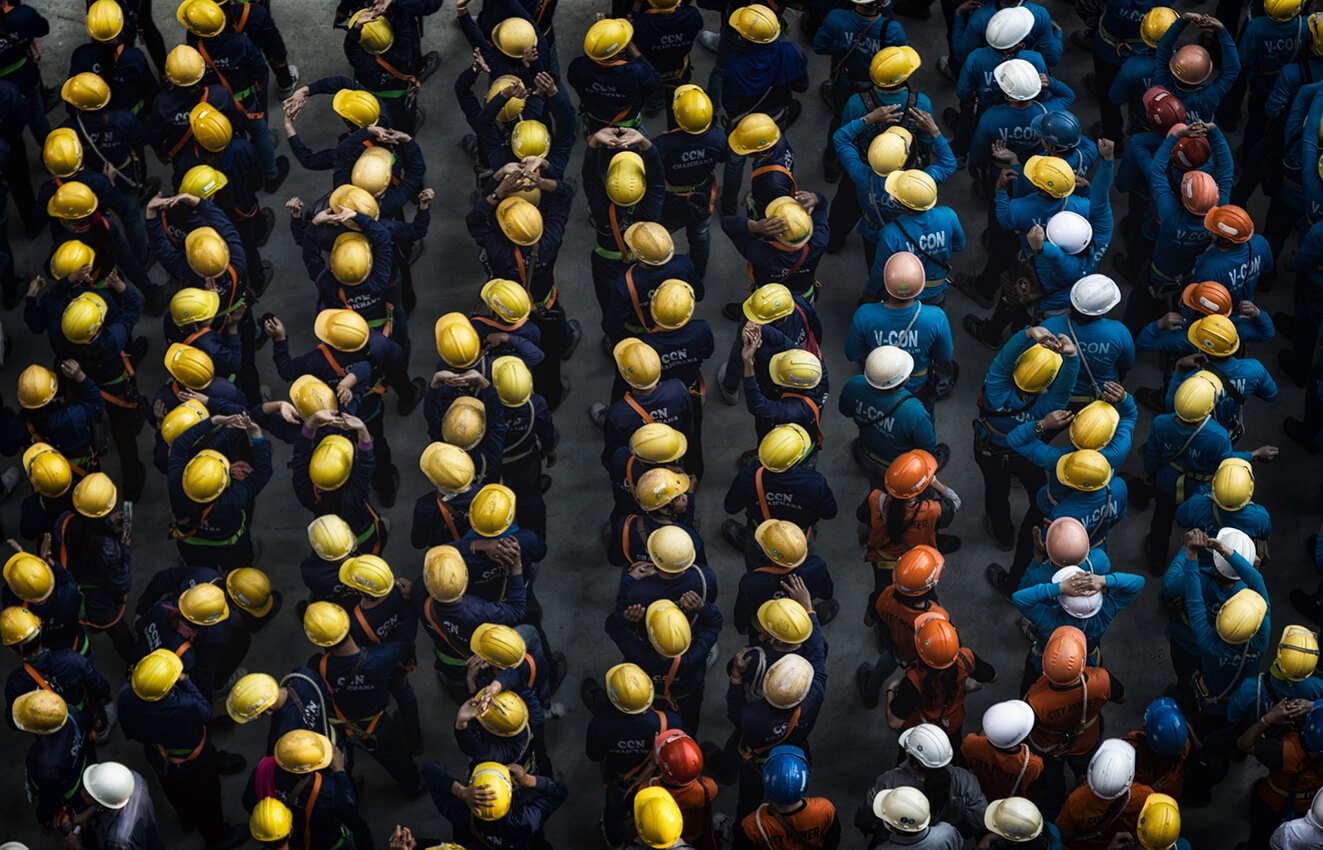 “Working in collaboration with anthropologist Apoorva Dixit on a long-term project to document the survivors and now activists for justice from the 1984 Bhopal gas leak disaster in India, Francesca presents a bold, colorful portrait of one such woman. Highlighting the vibrant colors for which India is known, Francesca carefully frames her subject in geometric shapes and repeating patterns, but the energy this creates is in contrast to her expression. Hand on hip but head slightly bowed, and gaze averted from Francesca’s lens, she has a charismatic presence but is detached from the moment – her thoughts elsewhere. It is perhaps just a glimpse into the weight of the tragedy that will have dominated her life for the past nigh on four decades.” – Life Framer

“On December 2, 1984, the air in Bhopal, India enveloped its residents in forty tons of toxic Methyl Isocyanate gas leaking from the Union Carbide plant. Its impact is still felt to this day by third generation Bhopalites. The Bhopal gas disaster is one of the worst industrial failures worldwide, but who remembers it? Rashida Bee, a woman survivor, does. She and other women from the city formed an association in 1987 called the Bhopal Gas Peedit Mahila Stationary Sangh to fight for their rights to compensation. As she noted, “[they] soon realised that neither the Union Carbide, nor the government has any intention of paying us compensation or providing jobs.” To this day, the citizens of Bhopal are still waiting for full remittance. This photograph portrays one of the activists for justice powerfully contrasting the woman’s lively colorful surroundings and traditional South Asian wear and with her introspective, focused gaze. The woman avoids direct eye contact, smiles faintly, but she stands strong and determined, telling a story that is more than just about the “vibrant colors for which India is known.” In selecting this photograph, I hope the photographer will be able to complete her project-in-progress in collaboration with anthropologist Apoorva Dixit and raise awareness to this ongoing fight for human rights.” – Marion Tandé

““[A] mirror was the ideal instrument for manipulating space and form to create pictorial ambiguity, it also provided the perfect tool for the analysis of self,” Diana C. Dupont points out in The Mirror and Self-Identity (1990). In this photograph, the mirror is not immediately visible. At first glance, the viewer–distracted by the busy colorful patterns of the composition–is led to believe that two hands are about to touch each other. On closer look, the mirror becomes visible but instead of revealing the relationship between photographer and his subject, it examines the relationship to one’s own personal identity. Confronting his image in the mirror, the photographer addresses himself and his mood during a mandatory confinement due to the current pandemic (as per the artist statement). His presence suggests an artistic identity that is performative, but also solitary. This self-portrait calls attention to the self-reflection many of us underwent during this time of seclusion and isolation.” – Marion Tandé

“A simple construct captured with expert technique, Gianluca up-lights foliage in his local park in Monza, Italy, to create an ethereal scene. Highlighted in burnt orange against the void of darkness, there is both a sense of calm and of unease, like the strange beauty of a fire starting to take hold. Investigating the human-altered landscape, Gianluca executes a simple idea to great effect.” – Life Framer

“Silhouetted against this alien, unfamiliar red water, Malick creates a beautiful graphic frame that is mesmerizing in its bold simplicity and strange ambiguity. In his statement he talks of the idea of wanting to explore “African identity, tradition and modernity” and there’s something of that here – the scene both timeless and utterly fresh, and that deep red suggestive of so much – love, passion, energy, danger, pain, strength, desire.” – Life Framer

“A gorgeous slice of life in Ethiopia, capturing these three women on their way to market in bold two-point perspective and with the vibrant primary colors of their gabis popping against the brown and green earth walls behind. A beautiful frame elevated by its excellent use of color.” – Life Framer

“Photographing a busy Hong Kong skyline, Joachim compresses perspective to emphasize the overwhelming density of construction. There’s an irony at play – the artificial landscape created by and for humans, seemingly leaving no space for human occupation or expression. It’s the coloration though, the washed-out whites, greys and mauves that create an extra level of discord to the scene – these pastel tones softening the brutality of architecture on display.” – Life Framer

“Using an arresting technique to distort and warp this featureless landscape of sand dunes with bold magenta yellow and a transposed urban development, Peter arrives at a scene that is both visually striking and of substance – perhaps commenting on humans’ invasive and unstoppable colonization of the natural world, here amplified through his own intrusive human intervention. It is an image that works brilliantly, and on several levels.” – Life Framer

“Great framing and fabulous complementary colors, offset by the yellow and red of this boy’s outfit, makes for an image that injects fun into the normally mundane urban realm. It’s a simple image, but infectious in its boundless joy.” – Life Framer

“Taken from his series Searching for Bela, Victor documents the daily life of the people of Lufwanyama, Zambia, at Kagem – the world’s largest emerald mine. In this beautifully composed frame we see two such emeralds glistening in the soft light, the clean white surroundings at odds with the nearby earth from which they were extracted. The quiet Victor creates in the frame encourages us to ponder the magnitude of effort taken to put these stones into the hands of their eventual owner, probably the other side of the world – the infrastructure, the toil, the global supply chain – all because of this mesmerizing deep green color.” – Life Framer

“Captured in large-format as part of his project Domestic Spaces, this image is a celebration of the mundane – a window into a simple act of opening the fridge in a home environment somewhere in the world. What immediately draws the viewer in is the pink and orange paintwork, the latter partition boldly framed to sever the scene in two, creating a semblance of order to the chaos. But what keeps the eyes lingering is the details, and those same colors picked out in items throughout the scene – fruit, postcards, labels, ornaments… It’s an ostensibly boring subject matter made fascinating by these cultural and social artifacts that offer little clues to those that call this space their home.” – Life Framer

“Taken in Hokkaido, we see the majestic, fiery fall colors of nature from a withdrawn vantage point in the darkness of this hotel room. Small details are picked out in the gloom – the chair, table and a box of tissues – highlighting the sparse, hermetic internal environment. It is perhaps a comment on our increasing detachment from nature, and a longing for closer connection. And it’s a feeling only amplified by the recent quarantine that has affected two third of us around the world.” – Life Framer

“Taken from a project in which Maurizio documents his home National Park of Vesuvius following numerous fires in 2017, this is gorgeous, understated image of the forest, with the strong vertical lines of trees sliced by the diagonal of the floor, and that shaft of orange light – a visual echo of the fires that ravaged only a few years prior. There is a peaceful, meditative quality to the scene, strengthened by the ochre tones and lack of single focal point, but also a deliberate reference to past trauma for those that absorb Maurizio’s statement.” – Life Framer

“A powerful portrait of Joe’s friend Nelson, his hood silhouetted against the London night sky and his face below lit with an evocative, unexpected red. With the tight framing, narrow depth of field and heavy grain it feels enigmatic.” – Life Framer

“An amusing slice of life, with the bright primary colors of the ponchos filling the frame at odds with the boredom of the spectators as they wait out the rain for the sport to recommence. By turning his lens away from the action (or here lack of it) and towards the audience, Eduard gives us a frame full of expressions to pour over.” – Life Framer

“A gorgeous image with its bright two-tone palette and softening through movement resulting in something that feels dreamlike – despite being drawn down by the fabric that envelops him, it seems like Renata’s subject is blissfully floating weightless through the frame. Wonderful.” – Life Framer

“Using a nearby orange pillar or wall as a bold and creative framing device, Kris captures a containership in the distance, its pin-points of orange warning lights counterbalancing the other half of the frame. It’s an unassuming scene but one that works beautifully – playing with ideas of travel and the vastness of the world.” – Life Framer

“It’s not the first time work from Snezhana’s series Meeting Sofie has been selected by our judges, and there’s good reason why – it being a beautiful and contemplative long-form account of Sofie and how she interacts with the world as a girl with Down Syndrome growing up in Germany. As in many of the images, Snezhana focuses on a quiet moment of Sofie interacting with nature, employing an artistic treatment of her documentary subject reminiscent of the scenes portrayed by impressionist painters like Monet and Renoir. Surrounded by red tulips, their bright color echoed in Sofie’s lips and the pattern on her dress, there’s a quiet bliss to the scene, a tranquillity that is absorbing and reflective. ” – Life Framer

“The link to color here is in the strawberry blonde hair, these two children an obvious product of their mother. What’s wonderful about this frame though is the expressions and body language –one daughter asleep, the other relentlessly curious, and the exhausted mother in between. It captures so much of motherhood in one instantaneous moment. For a candid capture of familial intimacy it has exceptional composition – the strong diagonal through closely interconnected bodies reminiscent of the pose of statues carved in marble. The mundane coexisting with the profound is what makes this image so compelling.” – Life Framer

“Capturing the daily safety briefing of construction workers as seen from his apartment balcony in Bangkok, Thailand, Riepko provides an unexpected perspective that results in a satisfying visual pattern. The color here works on a number of levels – providing points of visual interest against the dark uniforms and floor, but also, of course, as a critical part of both safety and identification for these workers.” – Life Framer