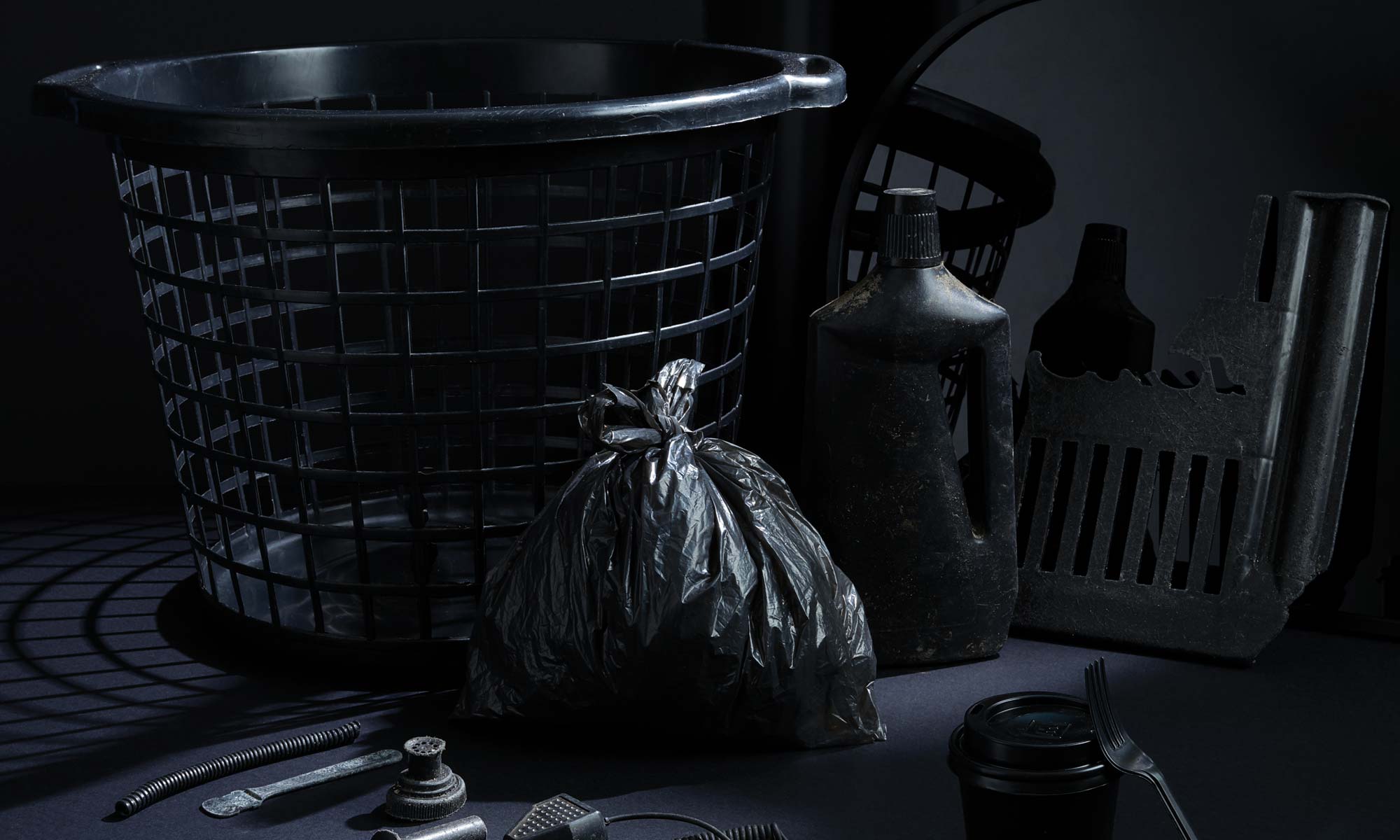 “The purest and most thoughtful minds are those which love color the most.” – John Ruskin

We’re delighted to present the results of our seventh theme of Life Framer Edition V, judged by conceptual documentary photographer Richard Mosse. Congratulations to the winning photographers and thank you to everyone who submitted.

The story of color in photography is a fascinating one. When color film was first made available on the market it was seen as crass and unsophisticated by the black-and-white-shooting elite, and perceptions only slowly changed thanks to the work of a few brave and hardy pioneers, pushing against the trend of the time. These days color photography is everywhere. The majority of our visual culture imbued with color. But the fact of having color is different to the act of using color – creating a specific palette in the studio, hunting for complimentary or analogous colors side by side in the street, or even working with lens filters in the moment can make an image, elevating it into something wonderful. Masters like Ho Fan and William Eggleston understood this better than anyone – color transmits emotion. And more recently artists like Mona Kuhn, Miles Aldridge, and our judge Richard Mosse have used color to define their work. To create sensuality, to subversively disturb, or to comment on the absurdity of war respectively. Their work in black and white, or indeed in a different palette, wouldn’t hold such power.

Each of the images in this selection is defined by its color. The photographers’ adeptness in using color to convey a feeling, to work harmoniously with the visual matter, is the only common thread that runs between them. And as a cohesive selection they demonstrate a creativity, artistic vision and technical excellence from a group of emerging photographers. We invite you to soak in the colors, to analyse, and enjoy! 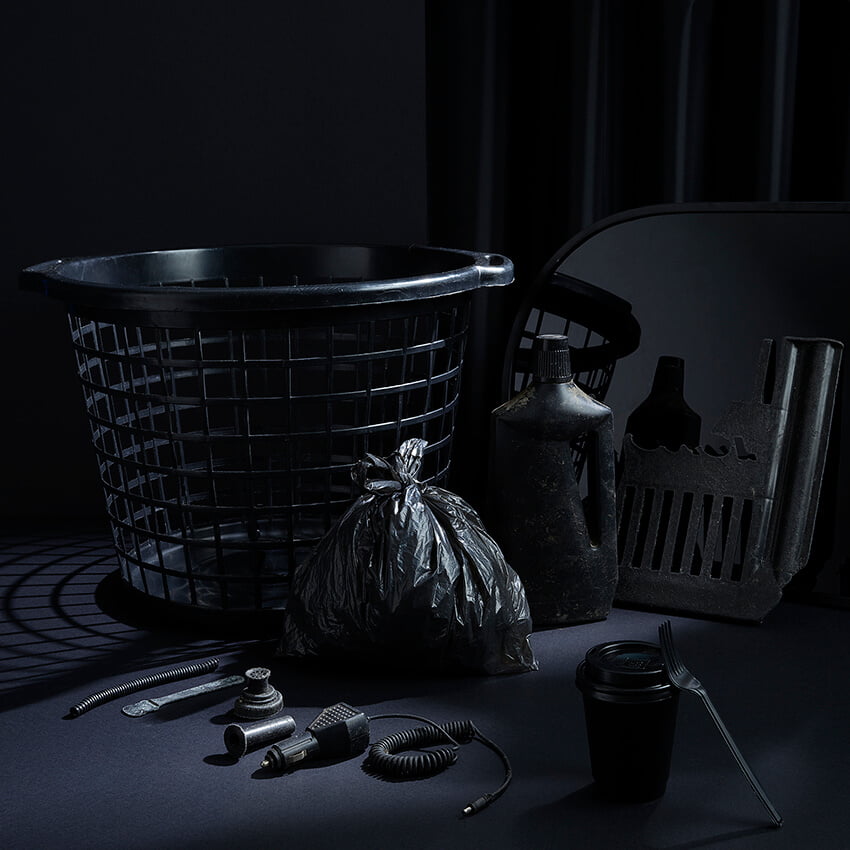 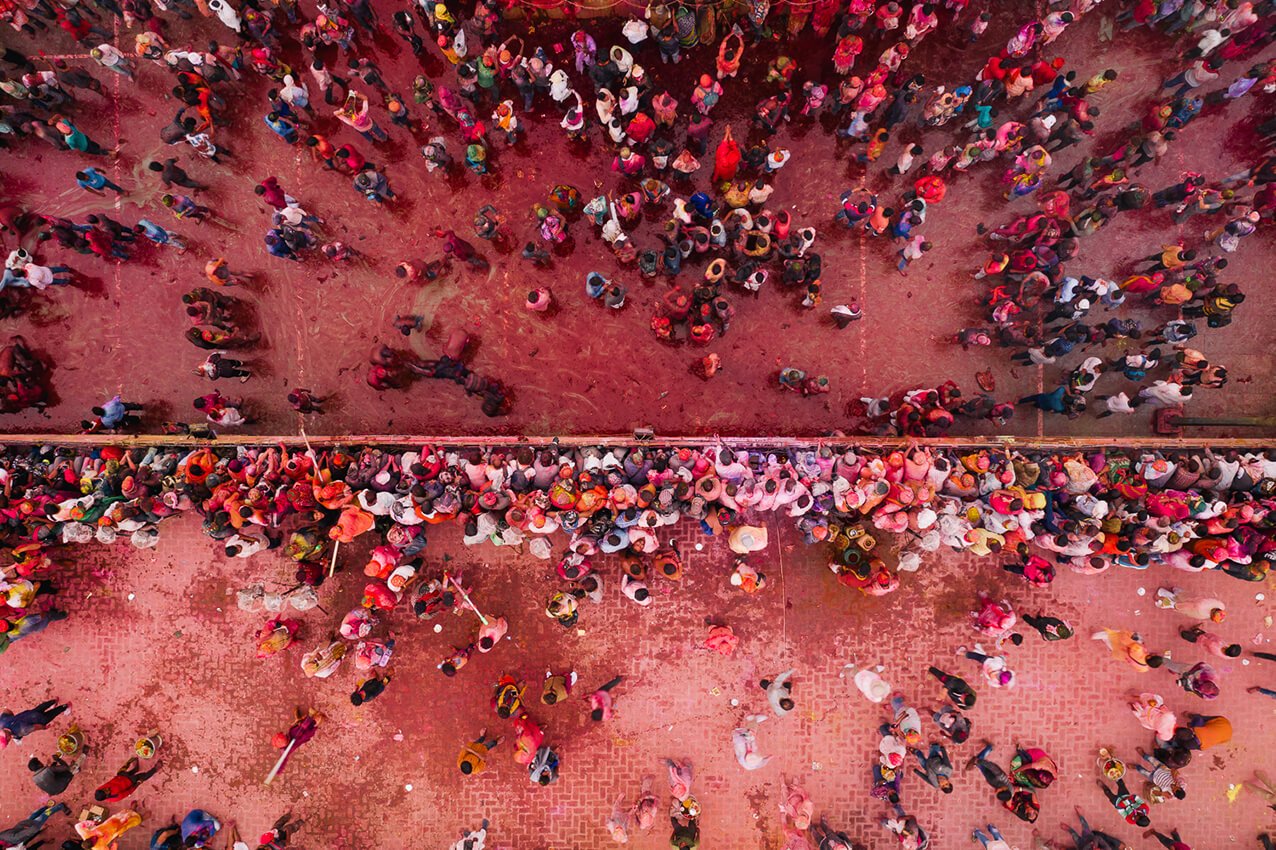 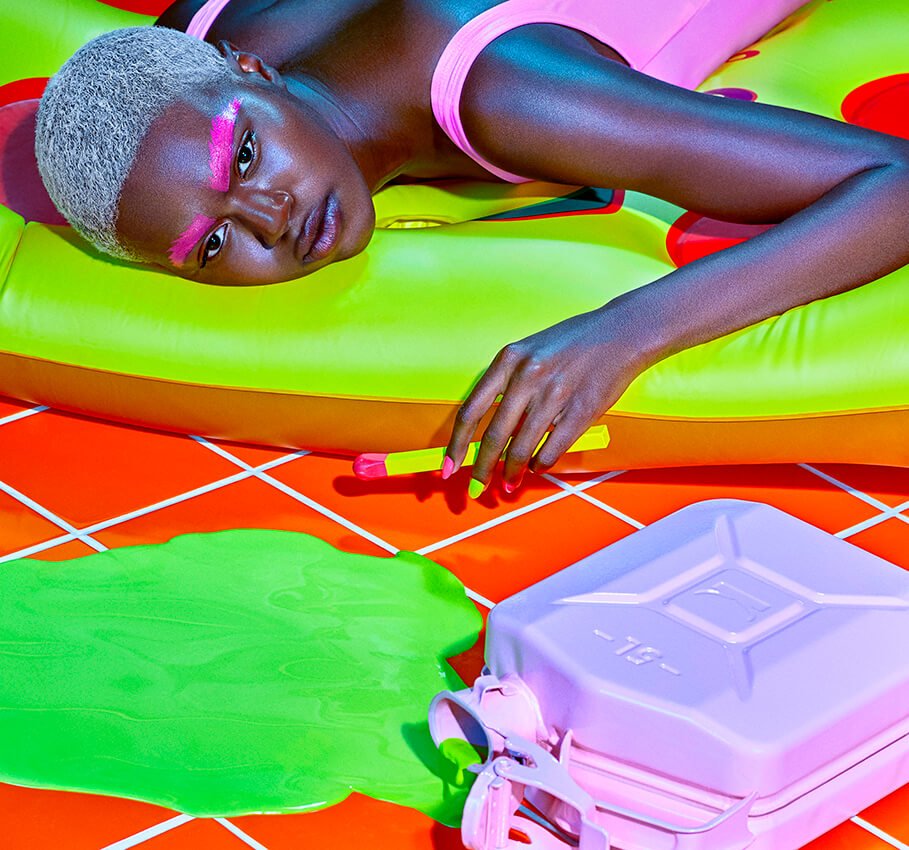 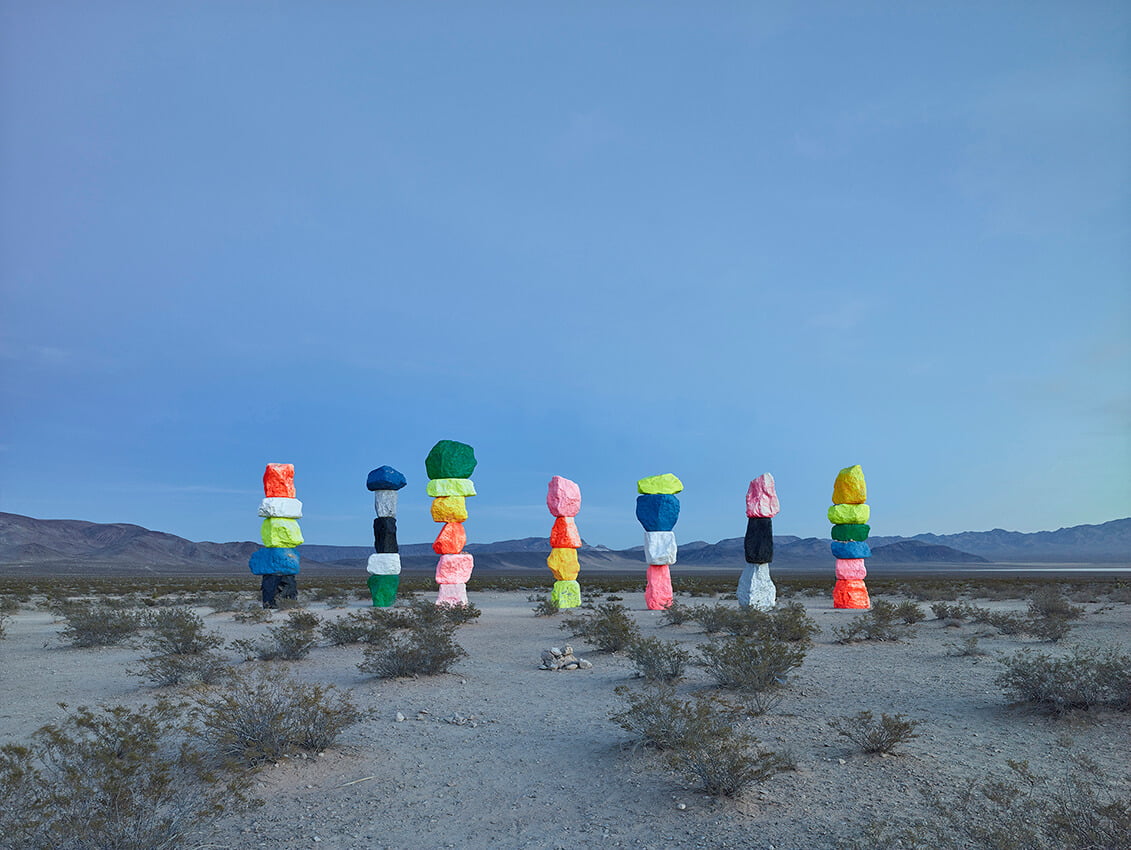 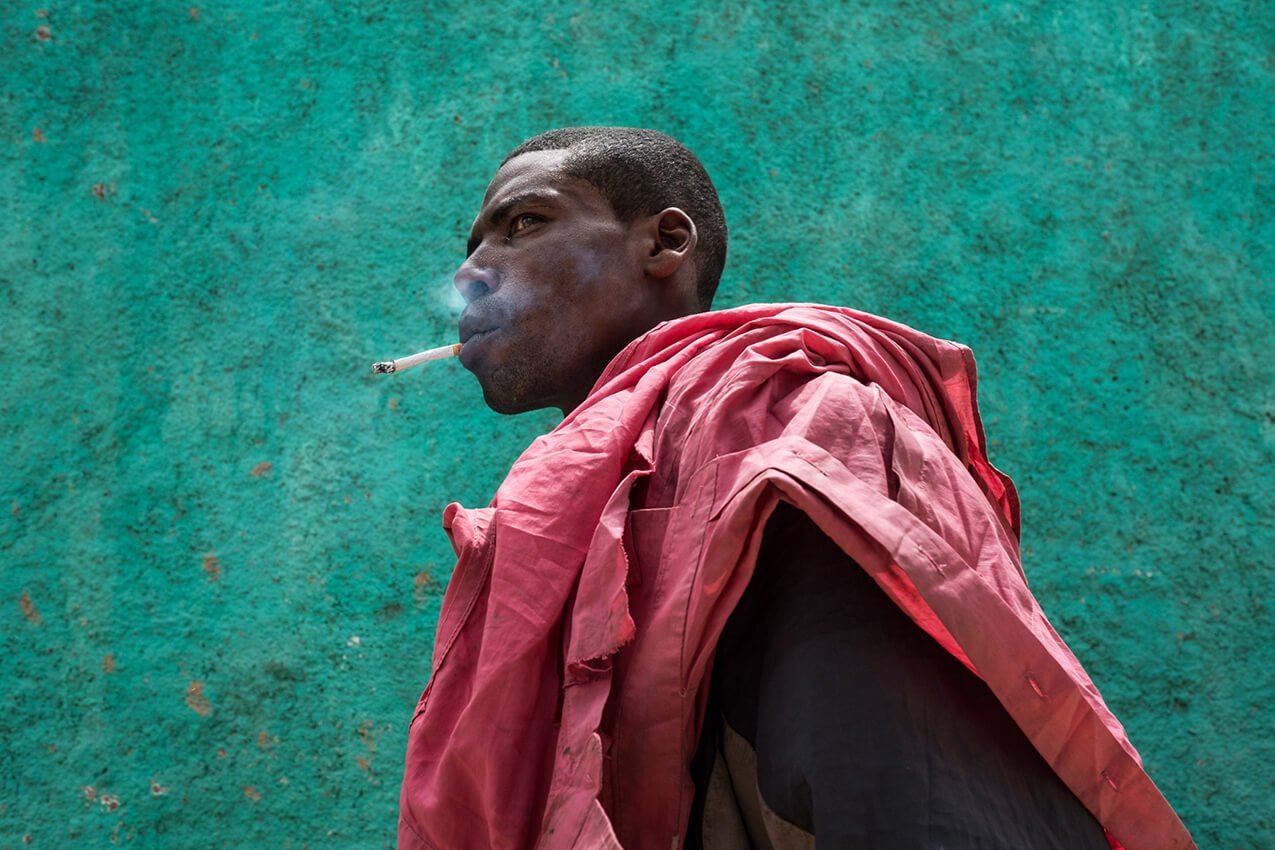 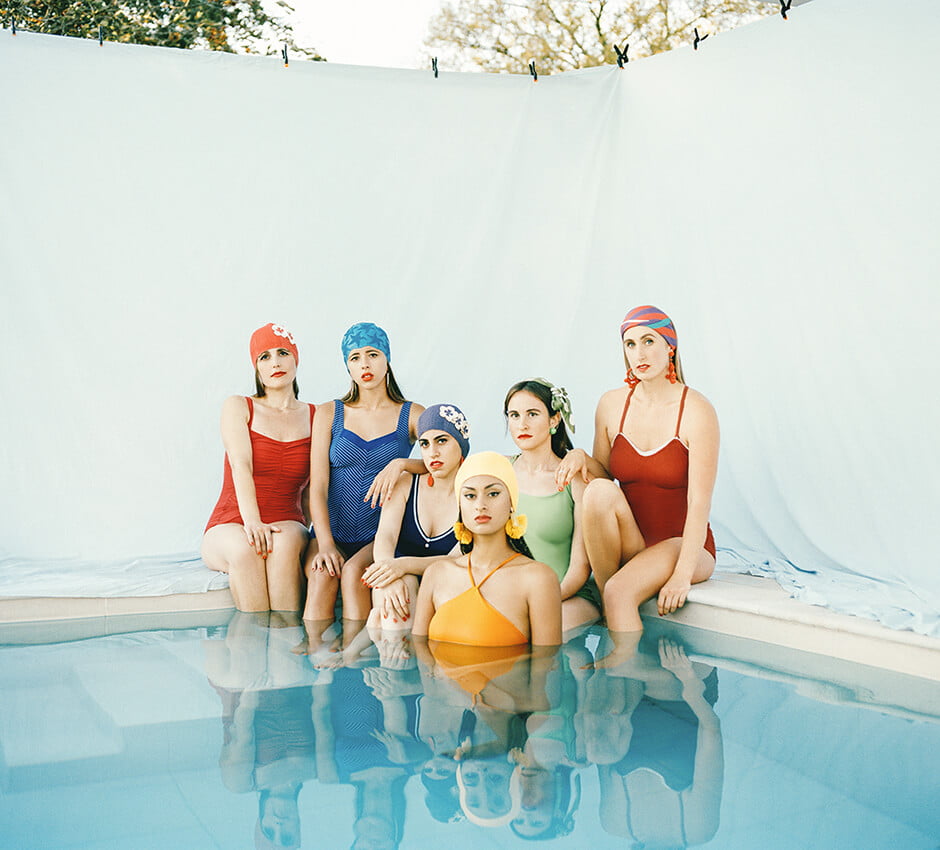 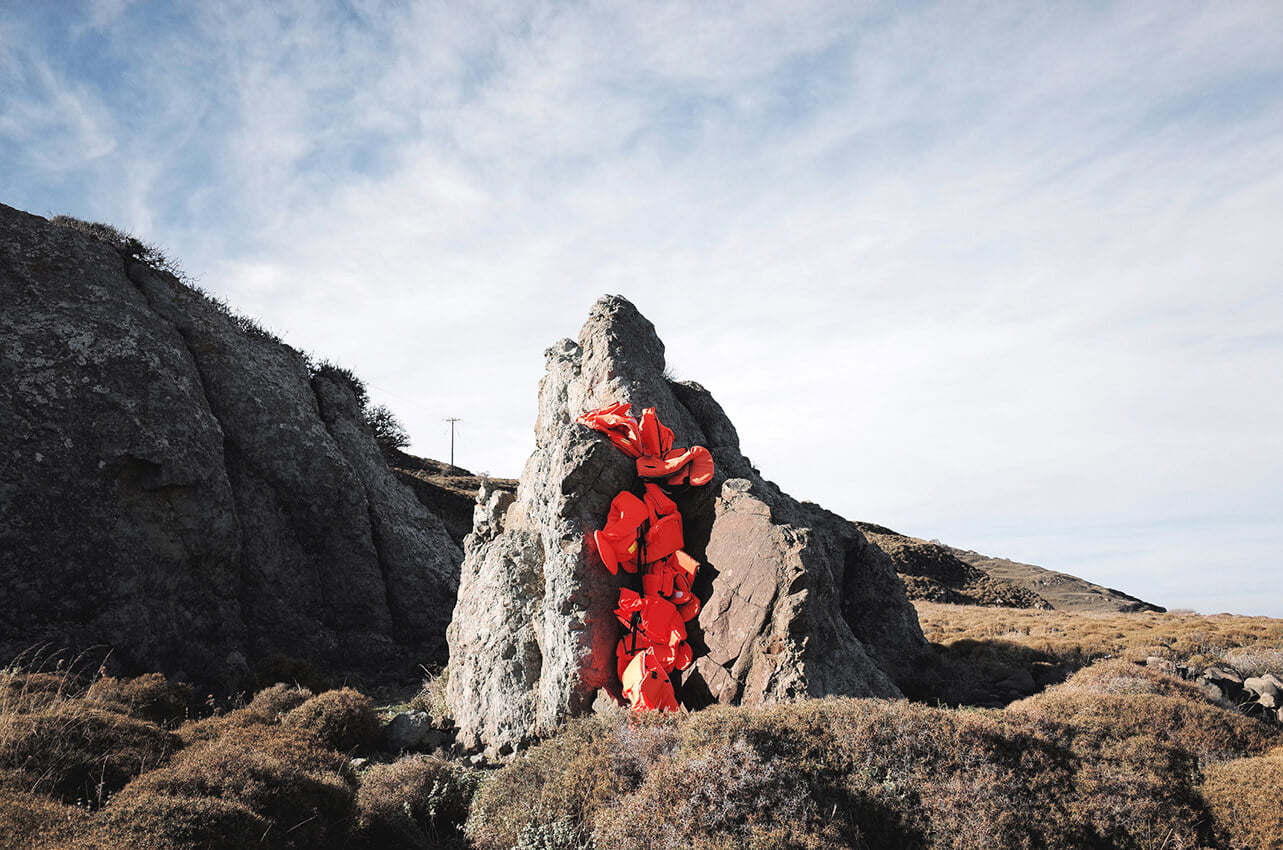 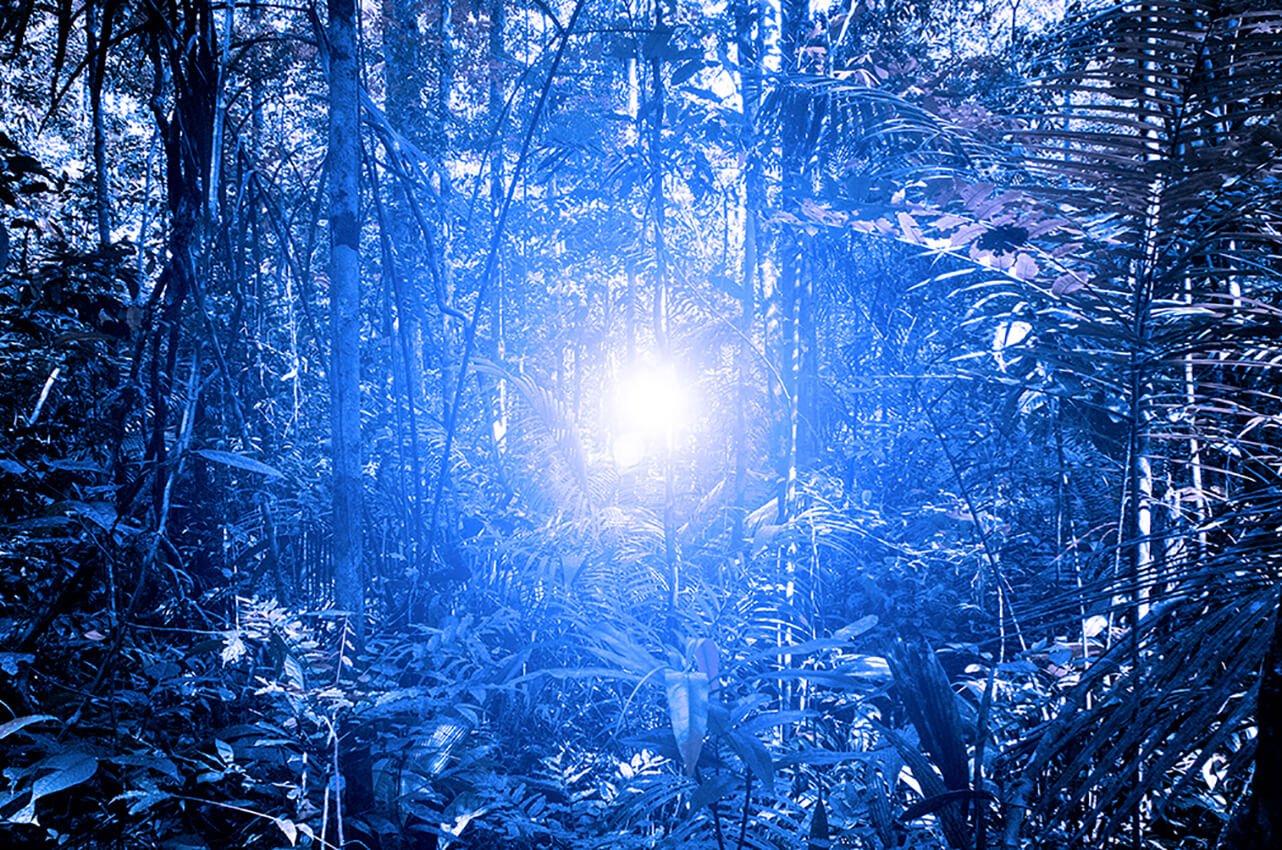 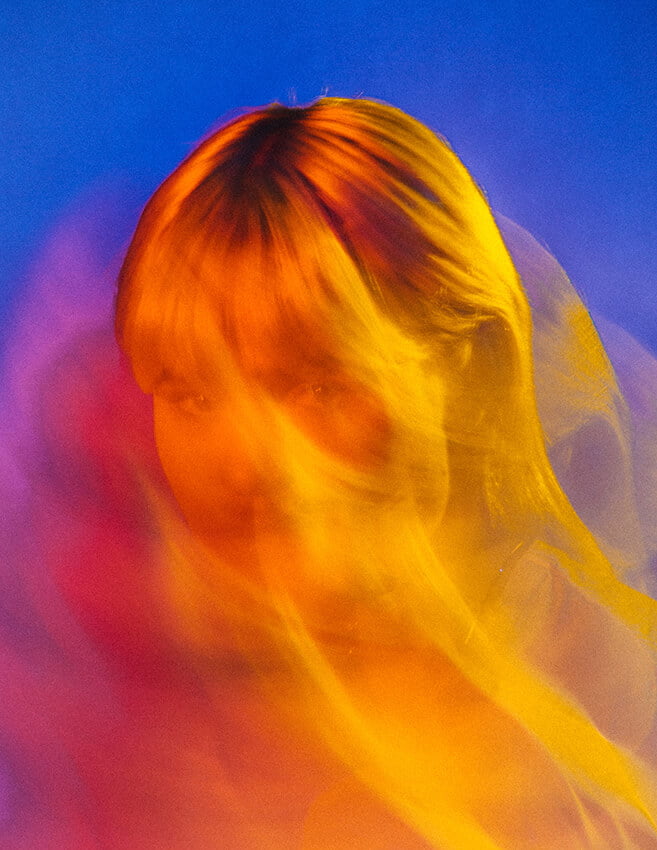 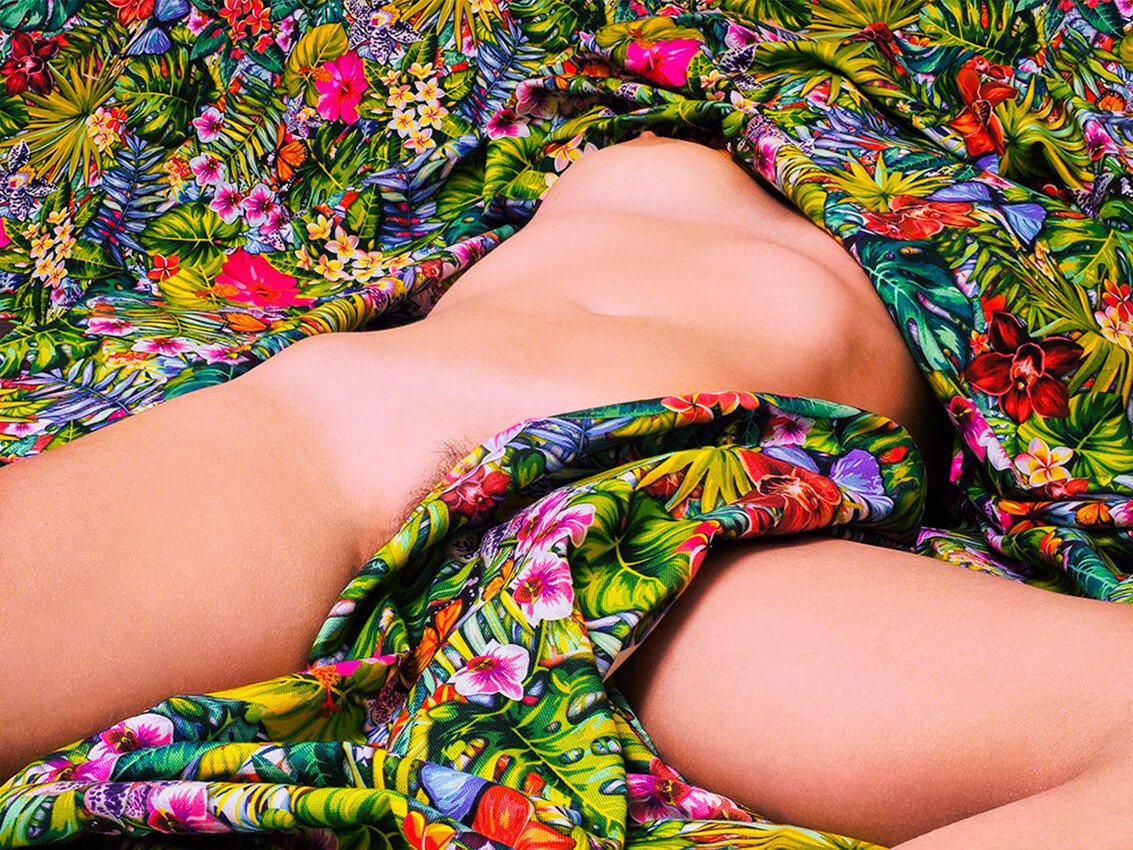 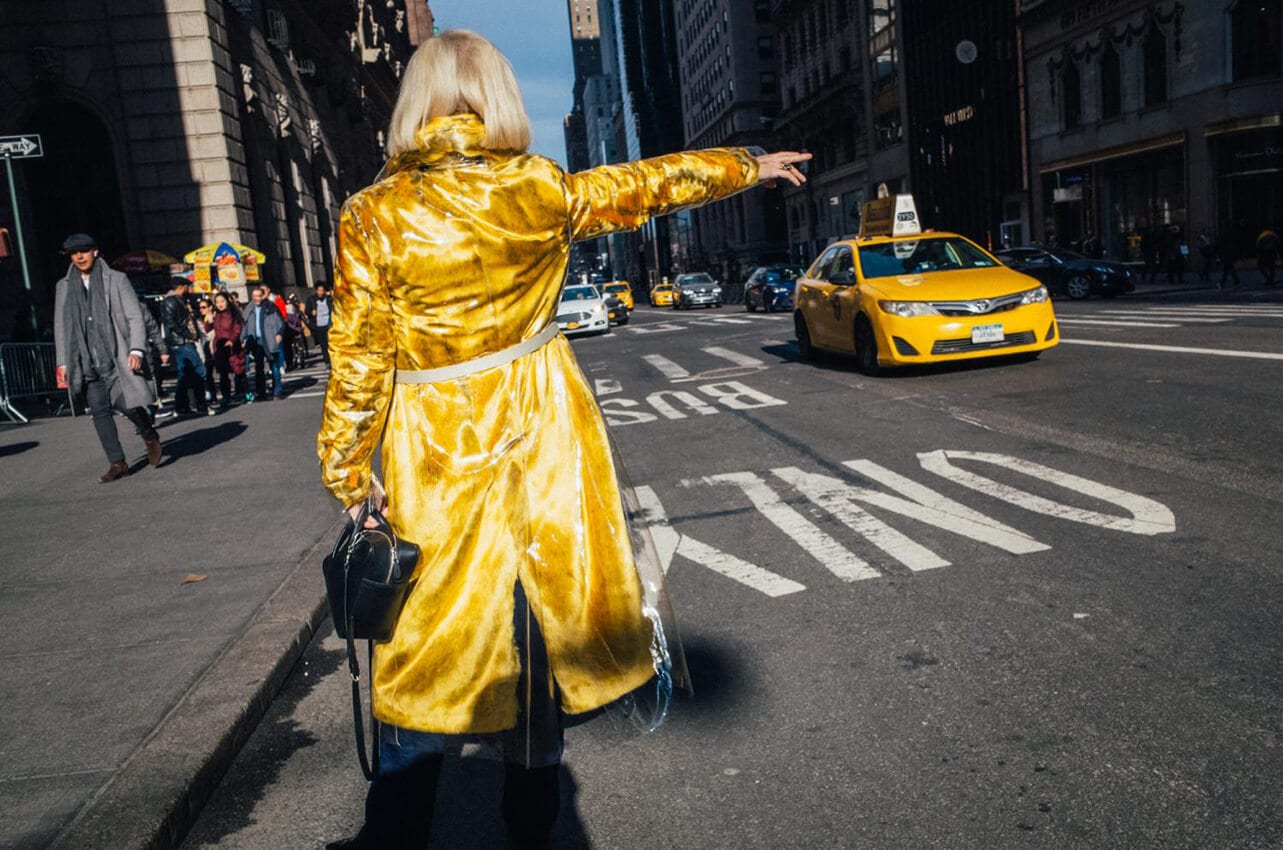 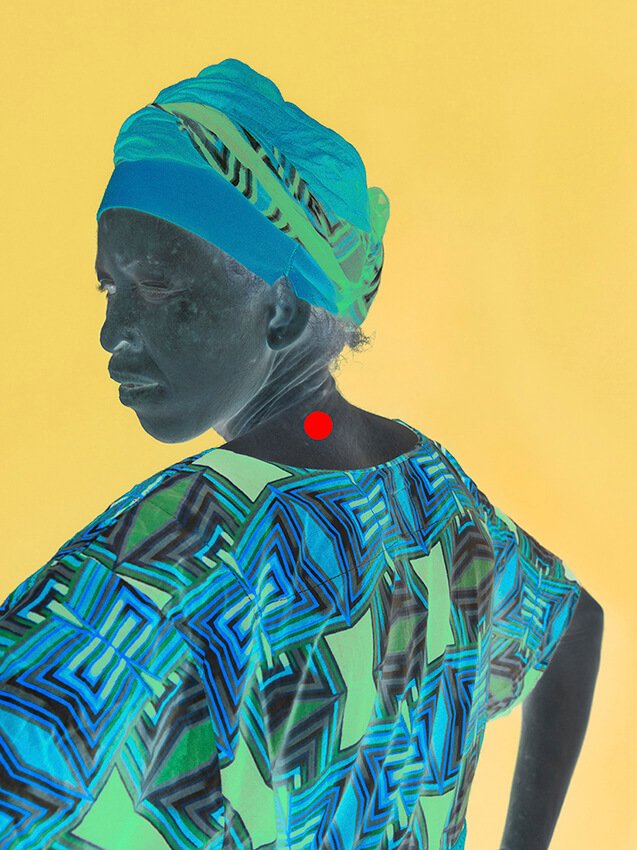 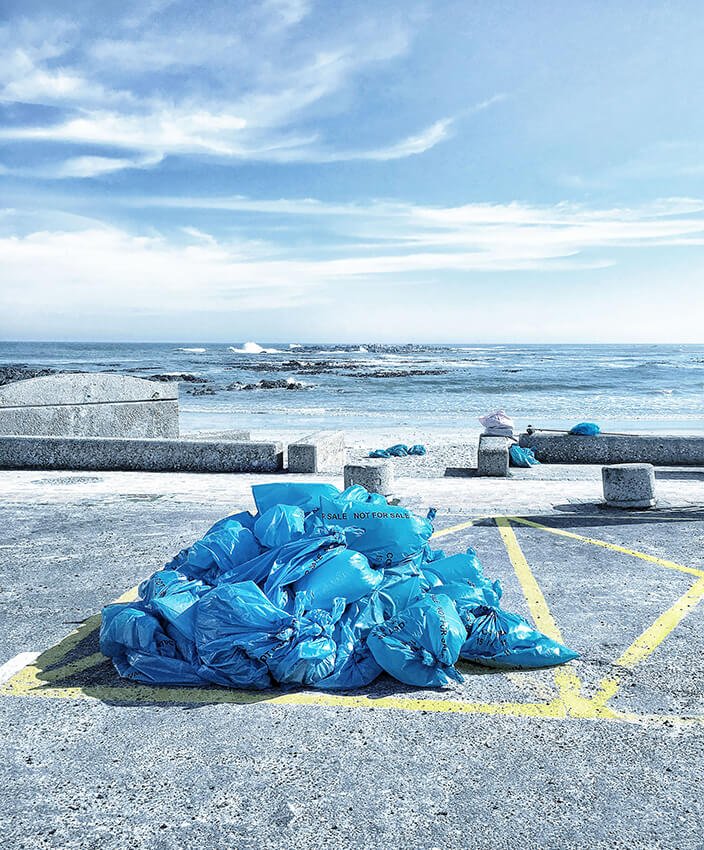 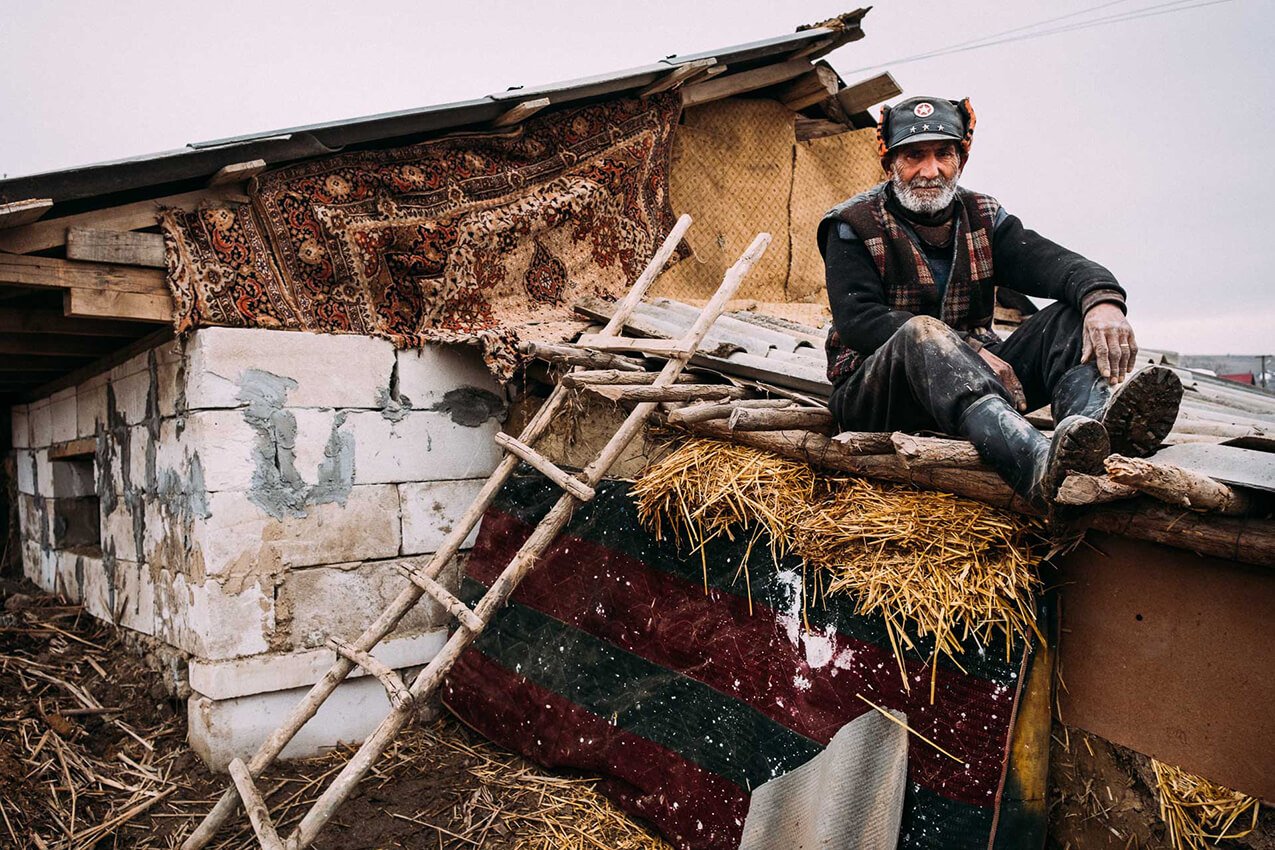 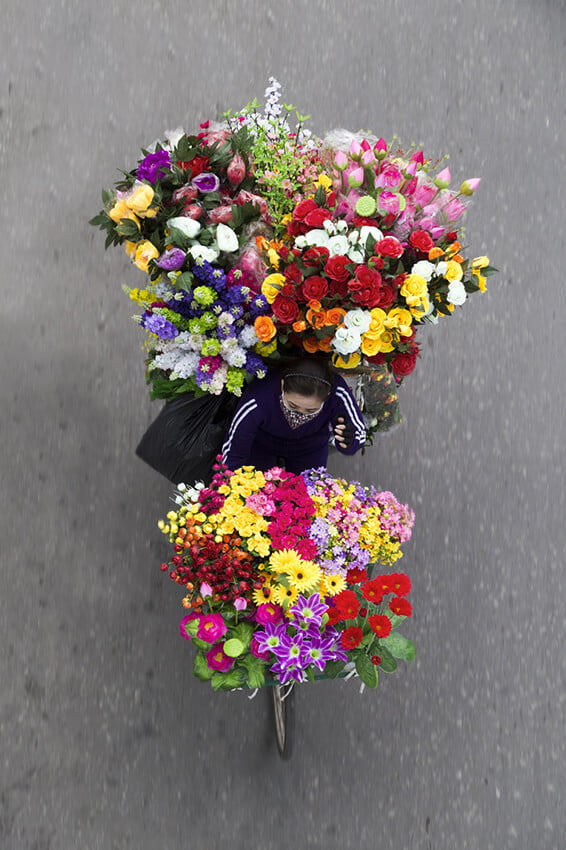 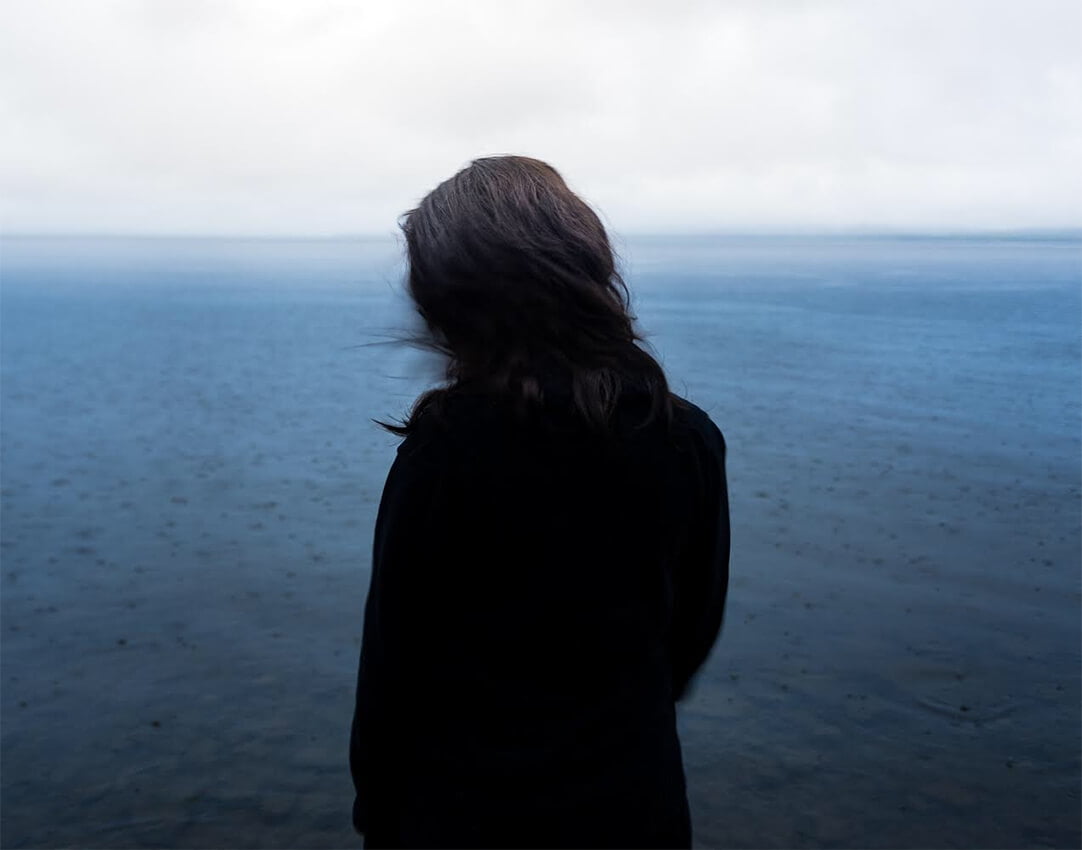 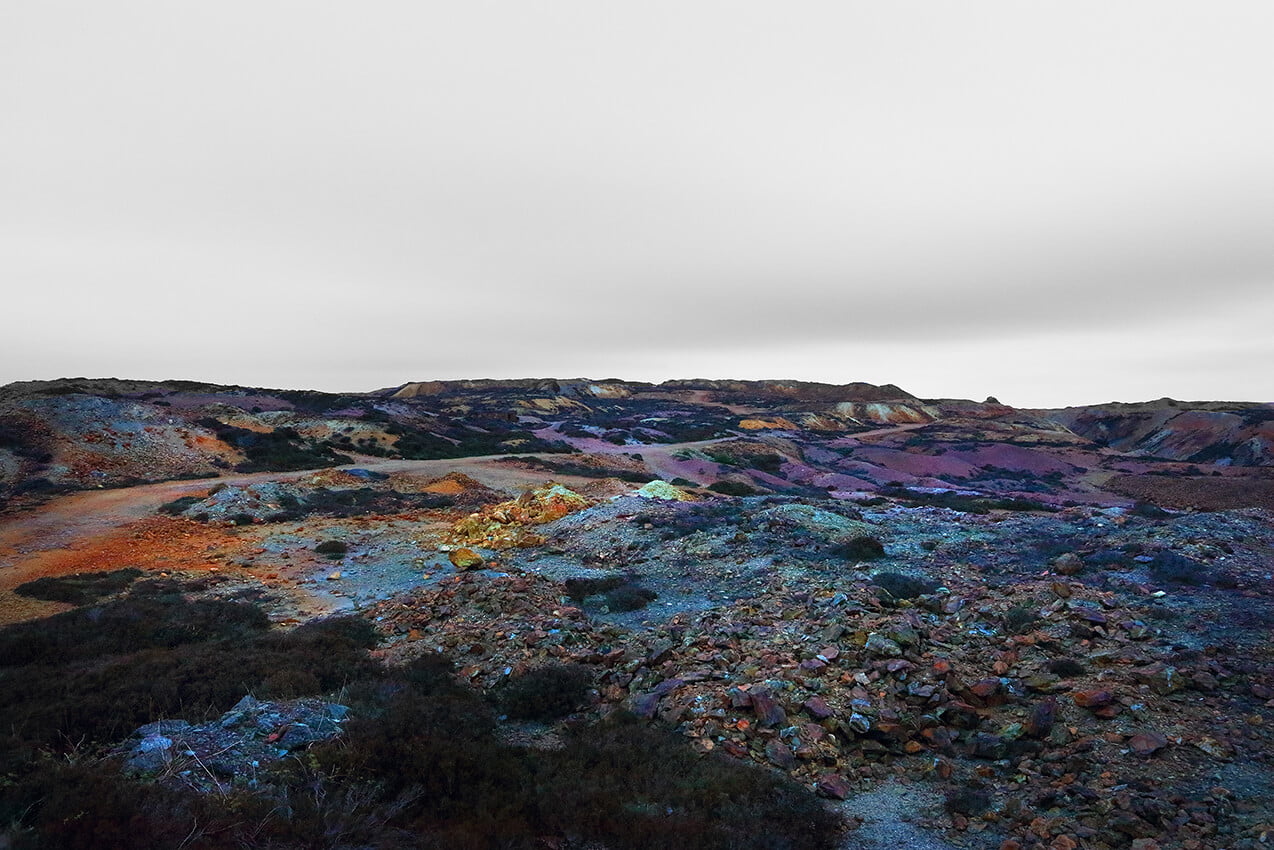 “This image demonstrates our attachment to color in daily life by the simple gesture of removing it from the image. It is, to me, the obvious winner, as some thought went into thinking through the problem of representing color’s importance to us, how much we take it for granted, and trying to find a way to show that most effectively and simply, which isn’t easy”. – Richard Mosse

“An exercise in color restraint, Inge’s still life scene of modern plastic goods, globally ubiquitous, takes a moment to appear from the darkness. Black and murky, like the thick and ancient crude oil from which they were formed, these objects stand as icons to our throw-away, consumerist culture. The message is clear – just as these items almost disappear into the blackness, so is their inherent environmental destruction so easy to ignore.” – Life Framer

“In his accompanying statement, Matt writes that “there is no greater display of color unity and energy on the planet than that which comes from India’s Holi Festival”. He’s absolutely right, but the real appeal of this image is in the striking perspective he offers; here the color and powder secondary to the movements of people across the urban landscape, their motion traced in paint. It can be appreciated both as a patterned whole (the wall elegantly halving the composition), or in the close-up details, and as such has a longevity. Matt captures the energy and dynamism of Holi, but in a fresh and thoughtful way.” – Life Framer

“With clashing neon block colors and provocative subject matter, this is a sugar-hit of an image – vibrant, dramatic and arresting. Once the endorphin rush wears off however, it’s the models expression that lingers – her listless look at odds with her surroundings; an emotionally charged world inhabited by an emotionless subject. It creates a sense of deeper meaning to the scene – toying with themes of pop culture, consumerism, feminism and afro culture – that belies the superficial, candy-colored surface.” – Life Framer

“Matthew provides no descriptive context to this image and so it remains a mystery what it depicts – something he created? Something he sought out, or stumbled upon? Regardless, it’s a wonderful composition – these strange, bright totems rising from the rugged earth, perfectly contrasted with the moody half-light and horizontal mountain line. Here the natural is morphed into the artificial, and ancient sculptural practices are made modern. It feels alien and alluring, those emotions heightened by that lack of context.” – Life Framer

“Gil’s arresting, tightly framed composition, taken during protests at the G20 Summit in Hamburg, 2017, is one of two halves – the uniformed riot police, with tense expressions and weapons held aloft, and their ethereal background of swirling orange smoke-grenade smoke. It makes for a juxtaposition that is both visually striking and emotionally resonant – expression and creativity versus suppression and conformity. It’s a wonderful, idiosyncratic example of storytelling, expressing so much with so little.” – Life Framer

“Max’s image is a wonderful example of color theory in action – here the complimentary green and red give the image a vibrant immediacy. That apparent joie de vivre implied by the brights colors is however intriguingly contrasted with this man’s expression – he glances out of frame, distracted in thought, a weight of worry evident. It’s that juxtaposition of feelings – the carefree and the concern – that gives this image it’s poignancy and emotional heft.” – Life Framer

“This is such a charming image. Vikram’s makeshift backdrop both focuses attention on his subjects, and breaks the fourth wall, allowing us to peer into their environment. And then there’s his subjects, with their brightly colored retro swimwear and nonchalant expressions, each a character with a story to tell. It’s fun, engrossing, and wonderfully executed.” – Life Framer

“Designed to stand out against the blacks, blues and greys of the oceans, these fiery orange life jackets look alien strewn vertically across this striking rock formation. Perhaps they’re just drying in the sun, but in today’s geopolitical climate – one of refugees and migrants traveling to Europe by boat, and many drowning along the way – one cannot help but think of this scene as a monument to their strife. It’s a quietly powerful composition; a clever artefact of a moment in contemporary history.” – Life Framer

“Applying an alien blue filter to a simple forest scene, Fabian and Juliana create something strange and enigmatic. The eyes are drawn, almost hypnotically, into the light at centre frame, fighting its gravitational pull to absorb the textures and shapes of the fauna. In the accompanying statement they describe how the project investigates the complex interrelationship between man and nature, and here they create an artificiality that both inspires wonder, and emphasizes an increasing disconnect.” – Life Framer

“Halina’s environmental portrait offers both a beauty in its unified color palette, and a musing on color in relation to identity; to self-expression, to ritual. It’s a special, behind-the-scenes view, her subject’s surroundings offering glimpses into a life both glamorous and routine. A reality and an escape, perhaps.” – Life Framer

“Feeling simultaneously retro and contemporary, Adam creates impact with complimentary colors – fiery reds and a deep royal blue. His subject’s eyes cut through the motion blur – a clarity of gaze in a sweep of color. It forces us to pause and connect, just for a moment, before she rushes by, another face in the unending crowd.” – Life Framer

“This is a fabulous candid street shot. Mathias captures a muted palette of colors punctuated by the iconic yellow of New York City, showing both the glamor and drabness of the city in unison. It has a wonderful spontaneity and energy, transplanting the viewer into the bustling heart of the city just for a moment.” – Life Framer

“Miia’s image has an immediate, attention-grabbing impact – the bold colors and her subject’s confident, backwards pose. Looking closer though, the logic begins to unravel… Why is that strange red dot at the centre of the frame? And what’s not quite right about her subject’s skin tone, the colors seemingly inverted? The answer is that the woman photographed is albino – a pale-skinned Tanzanian woman, whose people have been historically discriminated against and outcast from society. Miia’s depiction of her encourages the viewer to reflect on that superficiality – transforming the surface view to inspire questioning of what’s below. By staring at the red dot for thirty seconds, and then averting one’s gaze to a white surface while blinking simultaneously, we are told, her true image is revealed. It’s clever, subversive and challenging art.” – Life Framer

“This is an exquisitely framed and lit scene. A complex patchwork of colors and textures, it feels tactile and immediate as the eye darts from detail to detail across the frame, the mysterious figure in the doorway providing a central grounding and weight to the shot. Taken in darkness, and without the clamor and hustle often associated with such marketplace scenes, the viewer feels privy to a special moment – the quiet before the storm of another day trading.” – Life Framer

“Washed in pale blues, Hetty creates an art installation from the ‘natural’ environment around her – a sort of objet trouvé for the modern day. In doing so she both elevates the mundane into something aesthetically rich, and creates a metaphor to approach a problematic social issue – that of our relationship with the natural world, of plastics in the ocean and of our damaging love affair with fast-moving consumerism. That the trash bags are blue feels like an apt reminder of our desire to ignore the problem, and the words they are adorned with – “not for sale” – take on a deliciously wry meaning, both in relation to art and nature. It’s both beautiful and provocative – a thrilling combination.” – Life Framer

“Using the natural lines of this scene to create quadrants, framing her subject in the top right, Gabriel provides a glimpse into the life of this man – downtrodden perhaps but not without a subtle, justified stoicism, seemingly self-sufficient with the materials at his disposal. It’s a gorgeous, harmonious patchwork of earthy tones and rustic textures, and a powerful glimpse into a life a world away.” – Life Framer

“Taken from a unique vantage point, Loes captures this Vietnamese street vendor with a confident aesthetic clarity. Isolating her from the chaotic surroundings we might expect, she arrives at something special – the vertical symmetry holding the frame together as the flowers bloom around this cyclist in thousands of colors and textures. It feels dynamic, and full of energy and life, with a satisfying visual order.” – Life Framer

“The moody and muted colors with which Muriel washes this image create something brooding and expansive – a quiet, meditative reflection, the vast ocean a metaphor for solitude and isolation. It’s so simple and yet it haunts with a painterly beauty.” – Life Framer

“Taken from his series Abiogenesis, Richard’s statement describes his work in photographing the landscape of North Wales, distinctly colored by its copper ore and other minerals, “that at once seems instantly recognisable yet simultaneously demands distance and caution”. That dichotomy is certainly present. It feels strange and magical; the scale difficult to fathom, fauna surprisingly absent, the colors at odds with expectation – particularly when emphasized against that dull, lifeless sky. Richard invites us, for a moment, to consider the awe of the natural world and the temporality of our place in it – not in its most spectacular topology or photogenic vistas, but in the landscapes that hold a quiet magic. Abiogenesis describes the idea of life being borne from inorganic matter and it’s a perfect descriptor – here Richard finding beauty, and provoking meditation, in a barren field of rocks.” – Life Framer