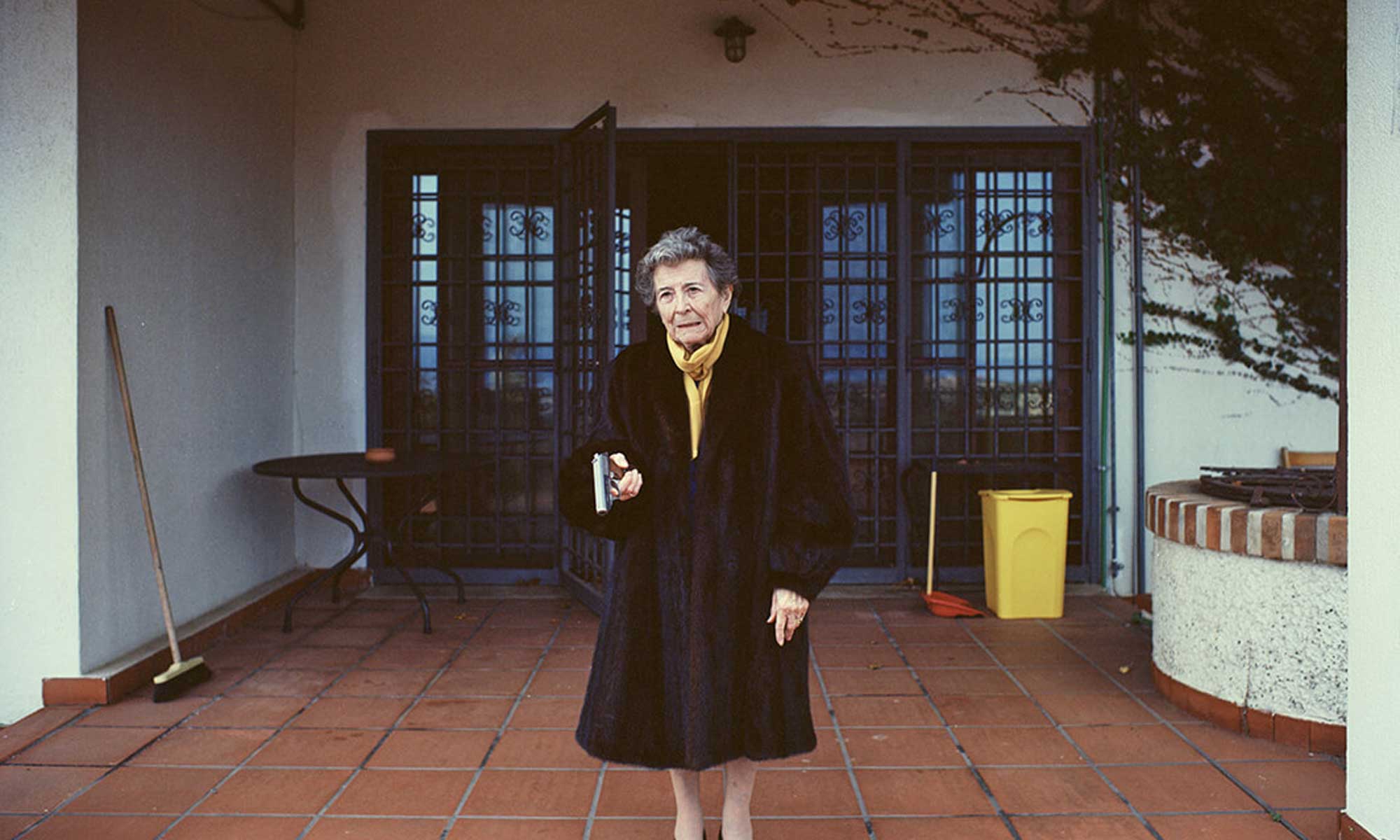 Individually, they describe 20 talented emerging photographers, working across diverse genres, styles and themes, and together they tell a story of civilization, a time capsule into the human world as it exists today.

“It was an absolute pleasure to discover through this Civilization selection such a great diversity of work. Although the choice was difficult, two images in particular emerged above the others because of their multiple degrees of content. I also warmly advise all participants to provide a caption alongside their images. Although the visuals should tell their own story, for me a caption allows best comprehension of the work.” – Stefano de Luigi 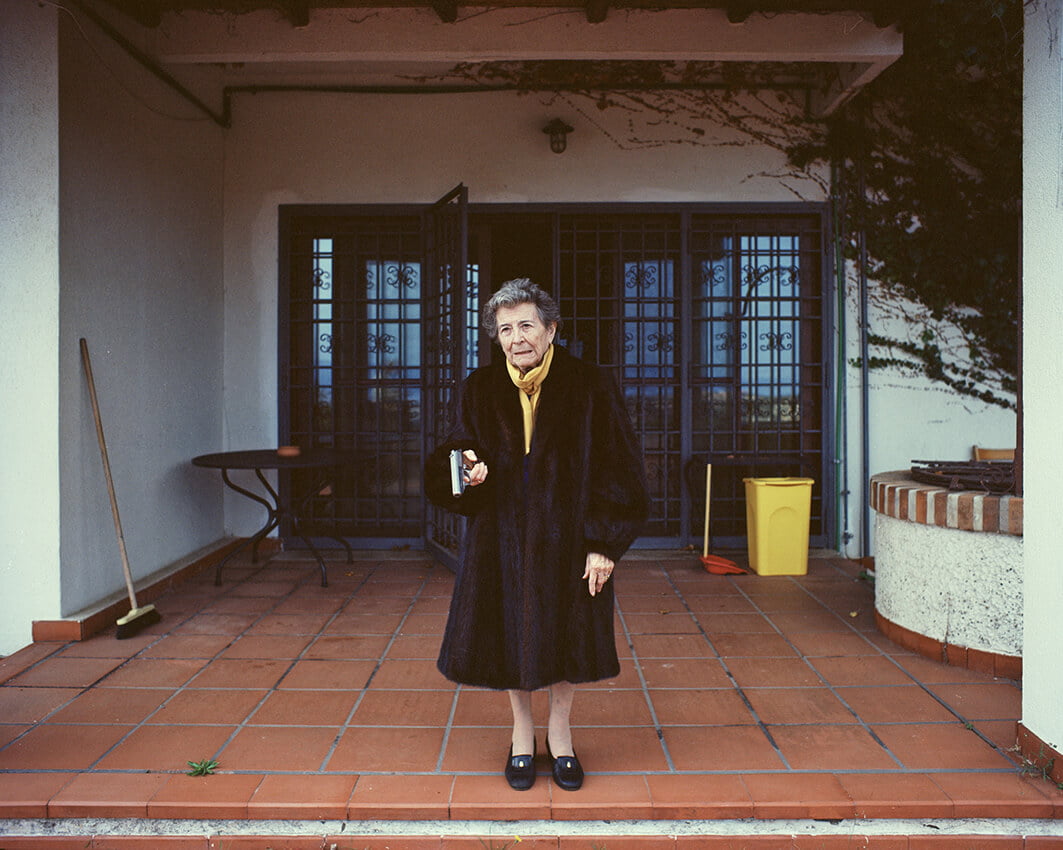 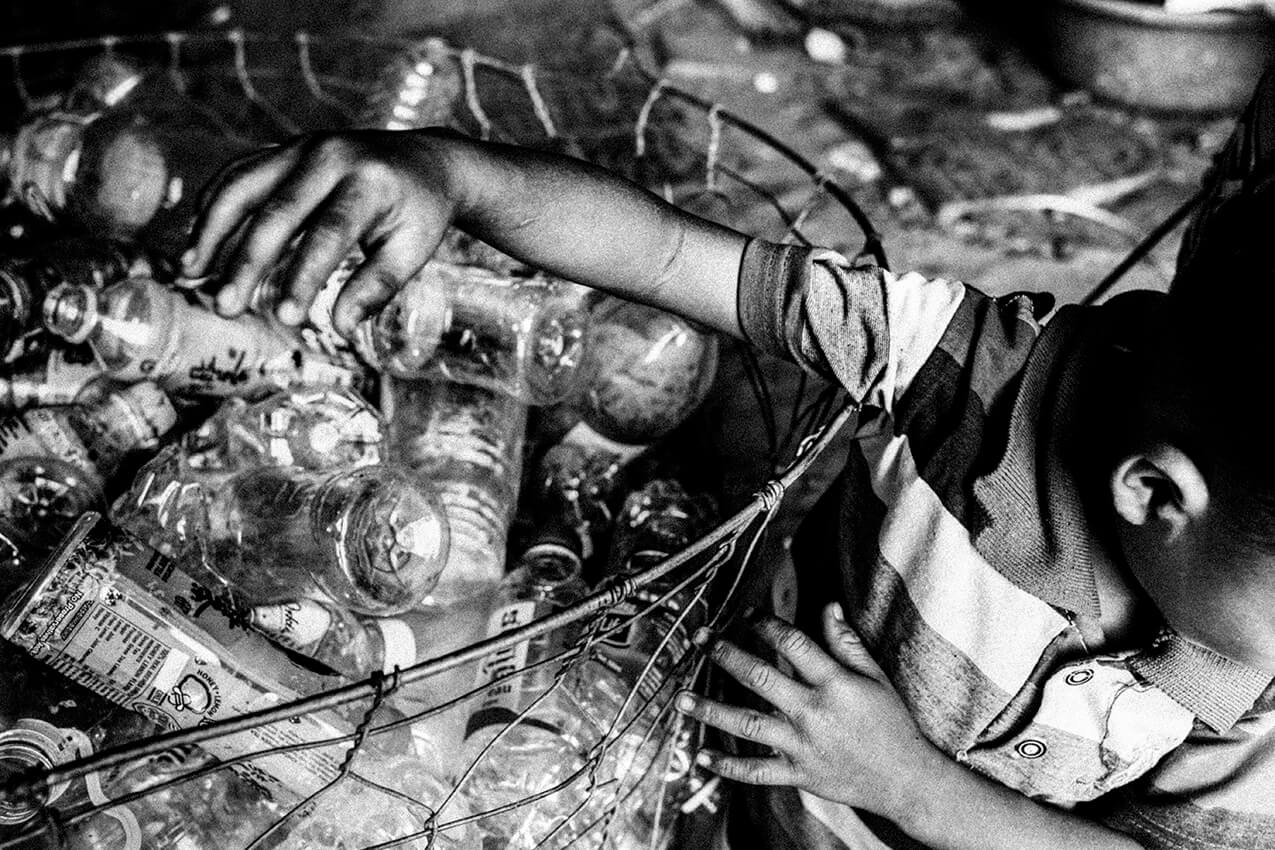 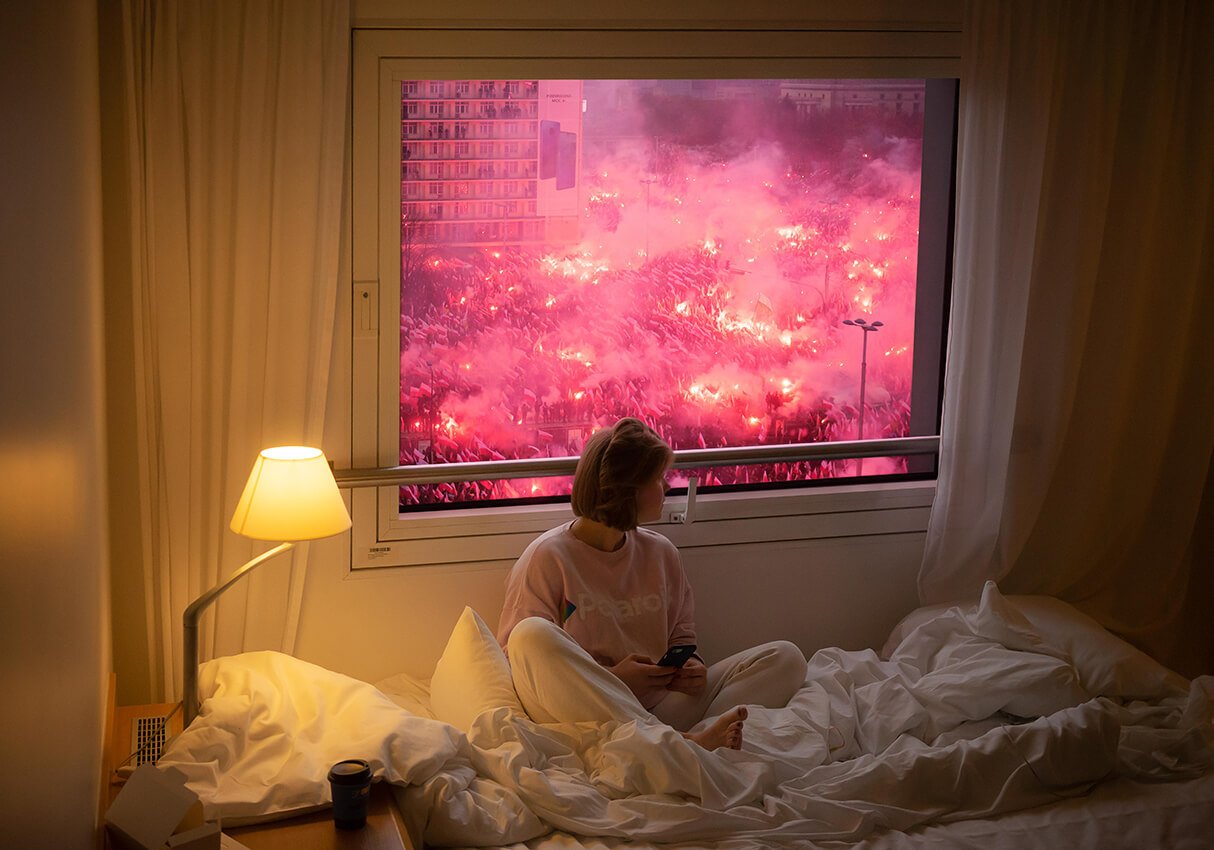 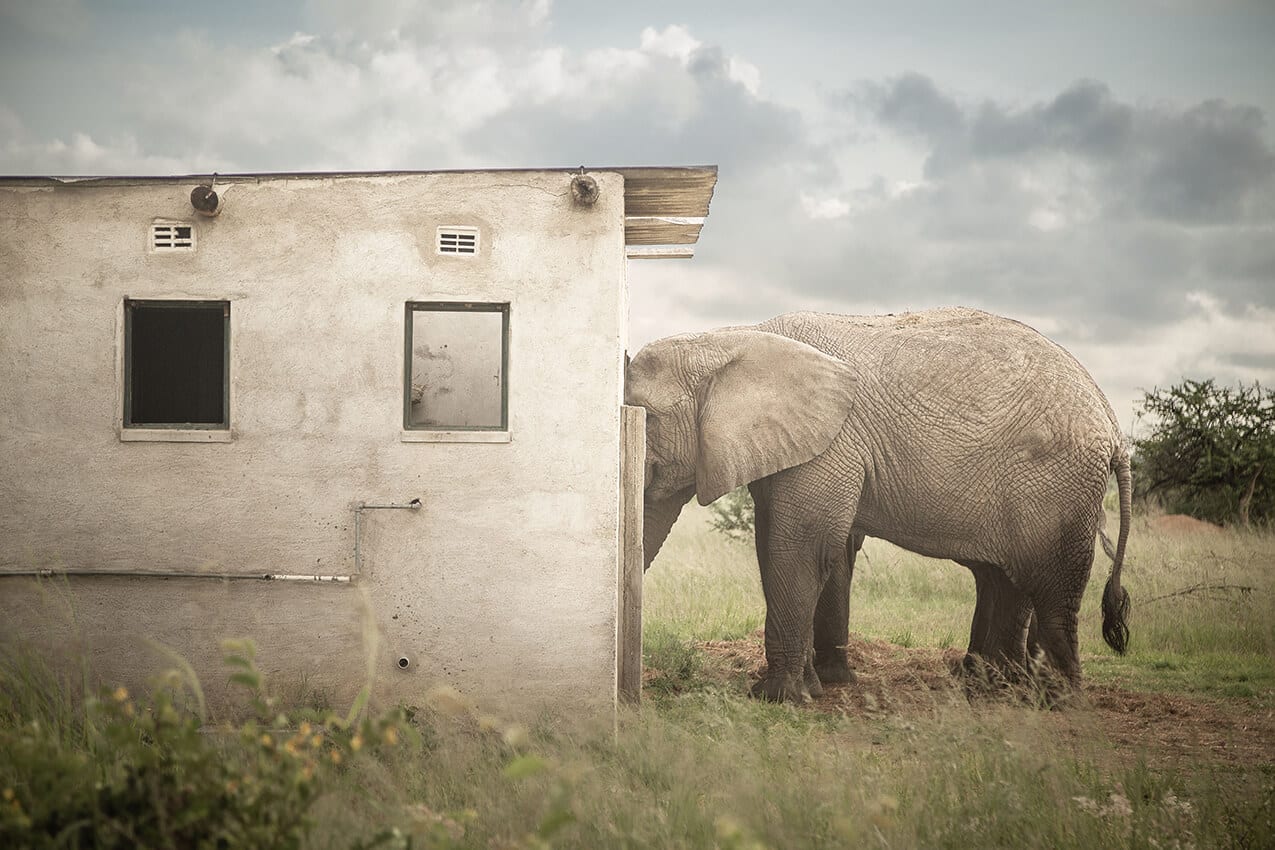 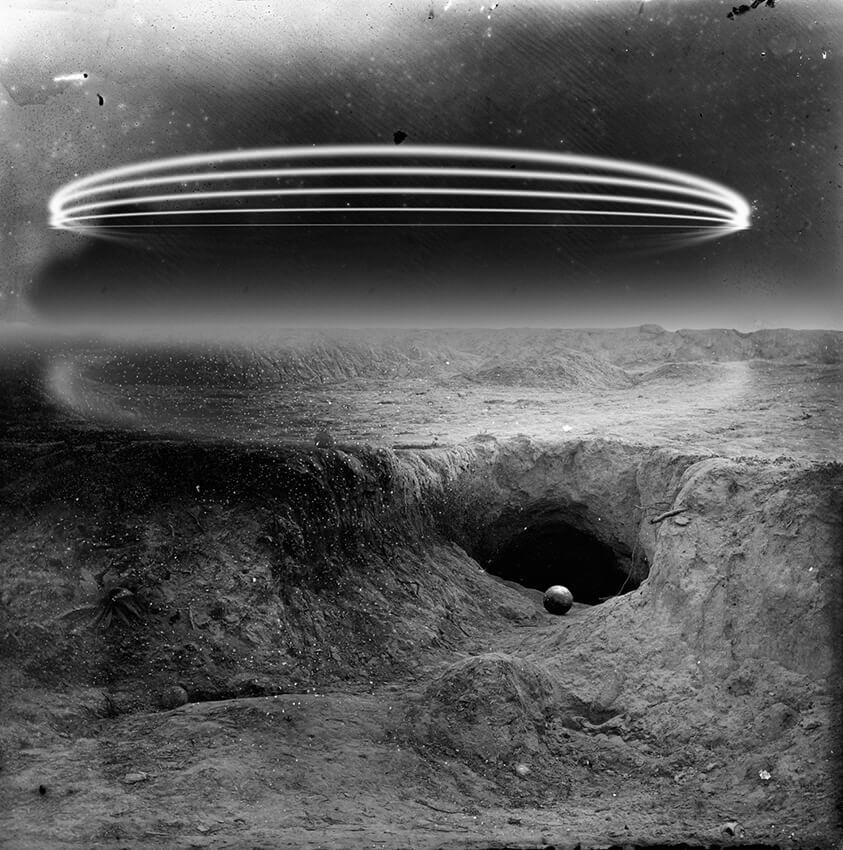 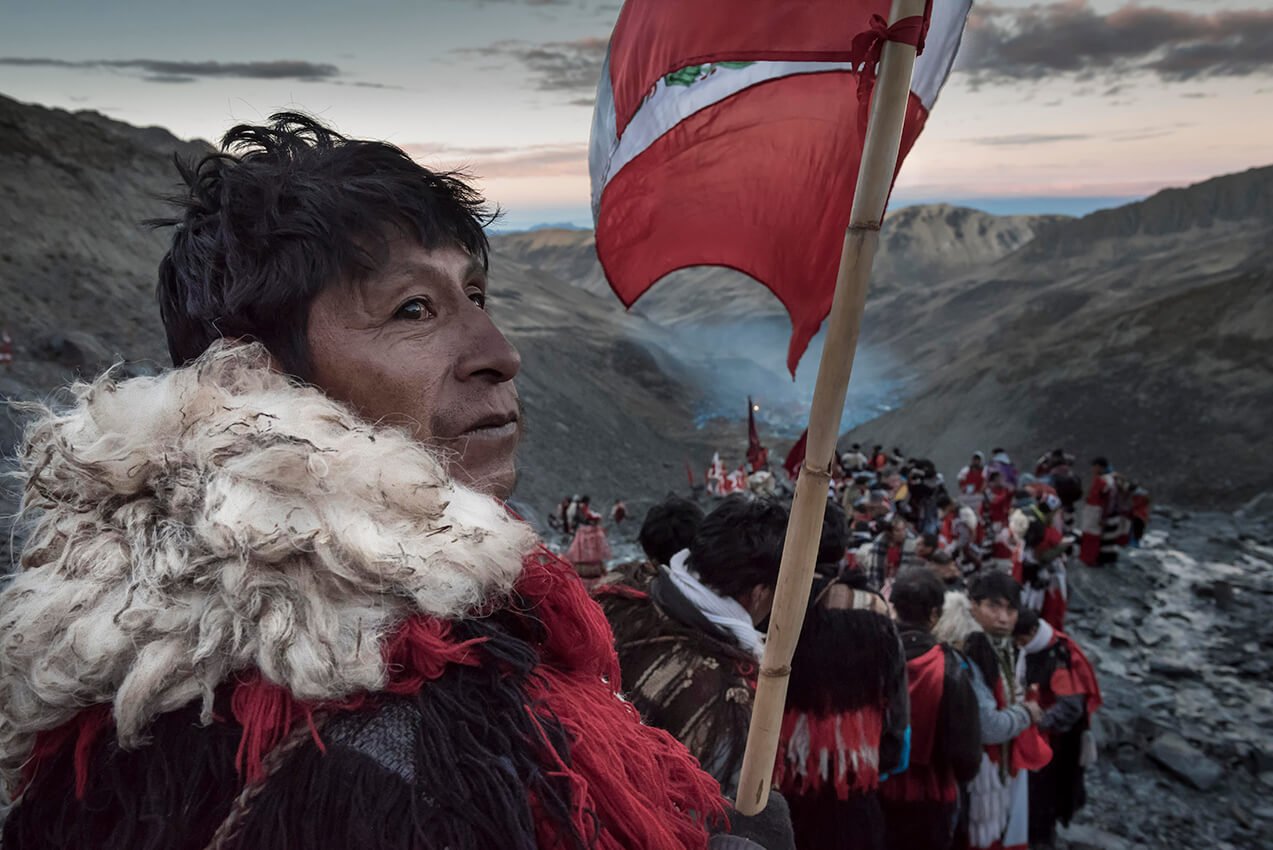 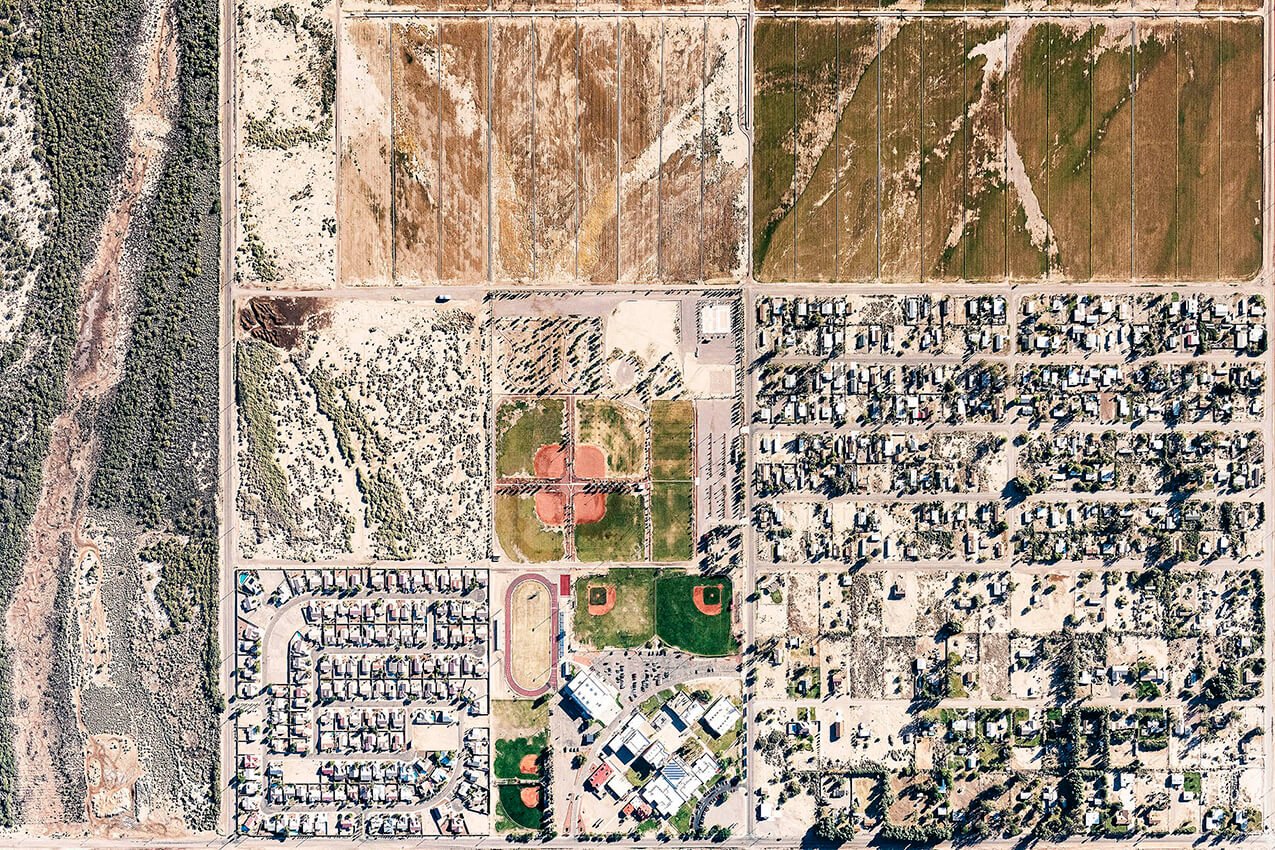 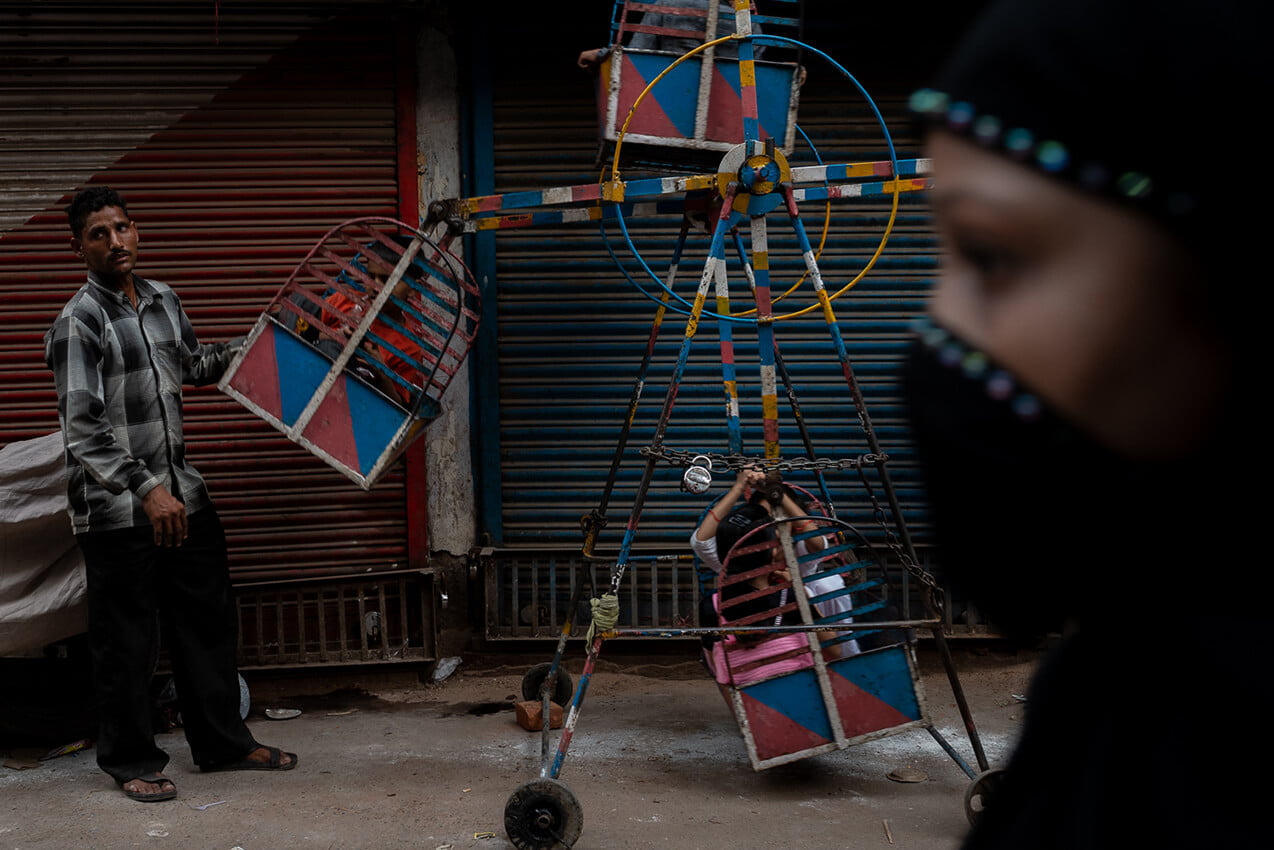 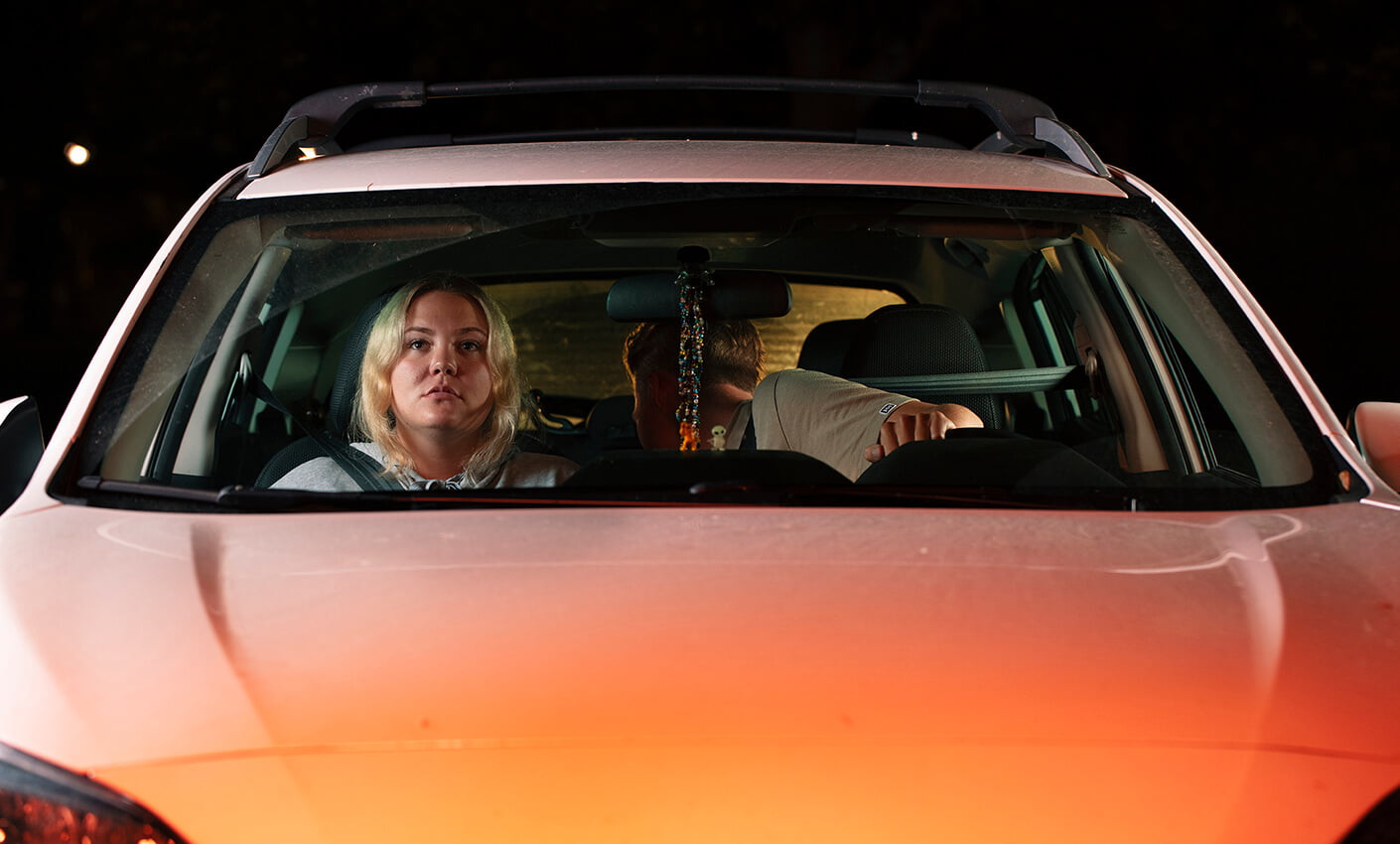 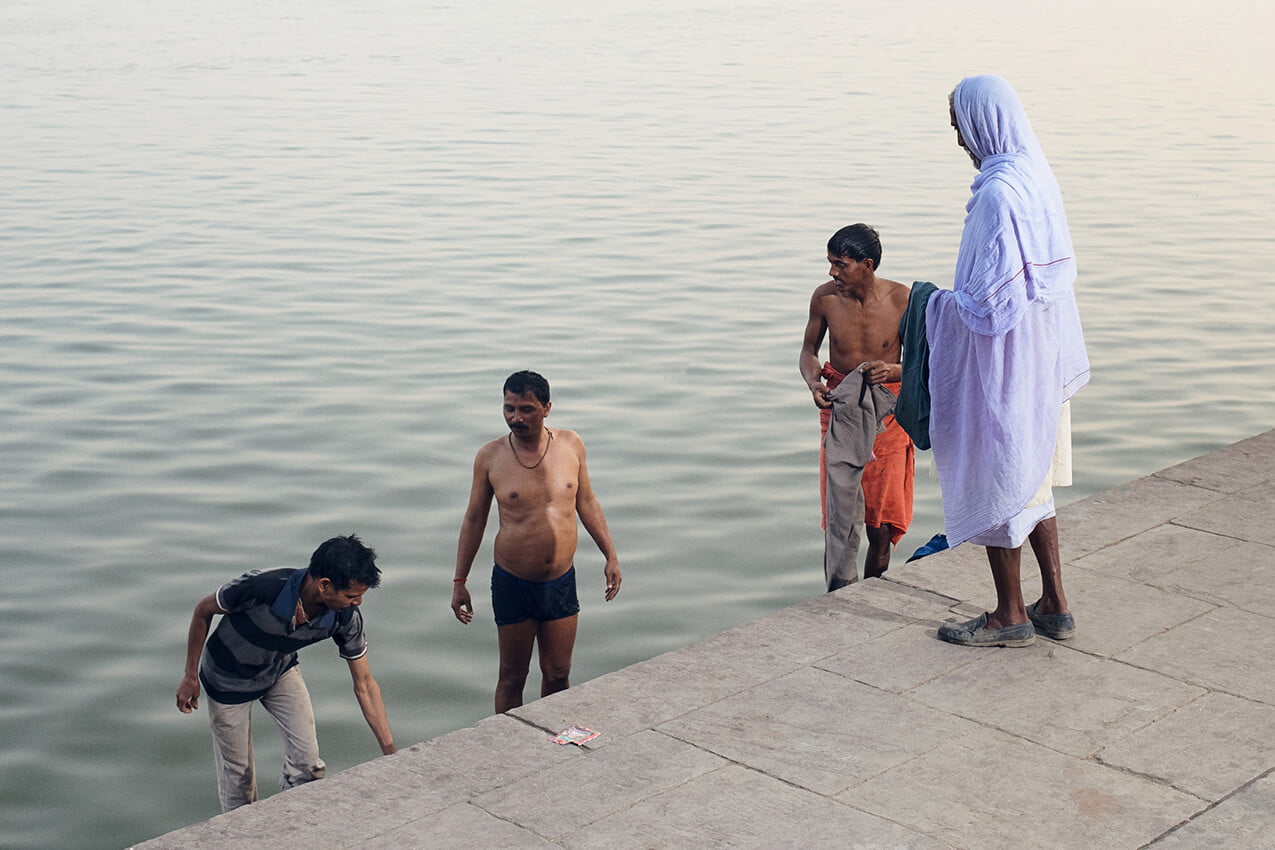 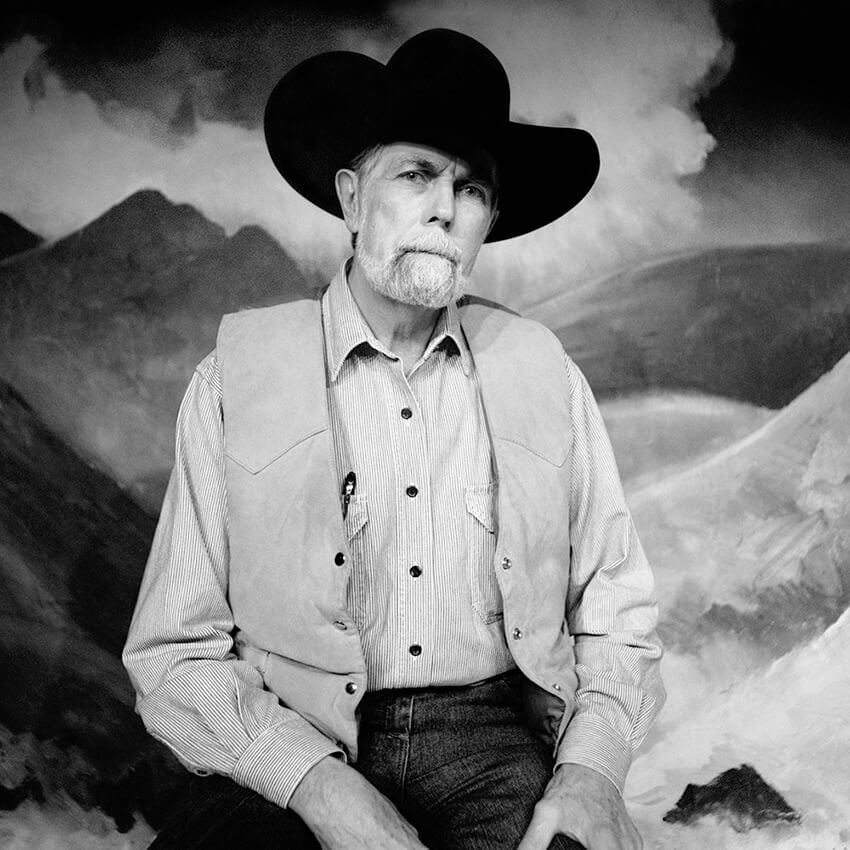 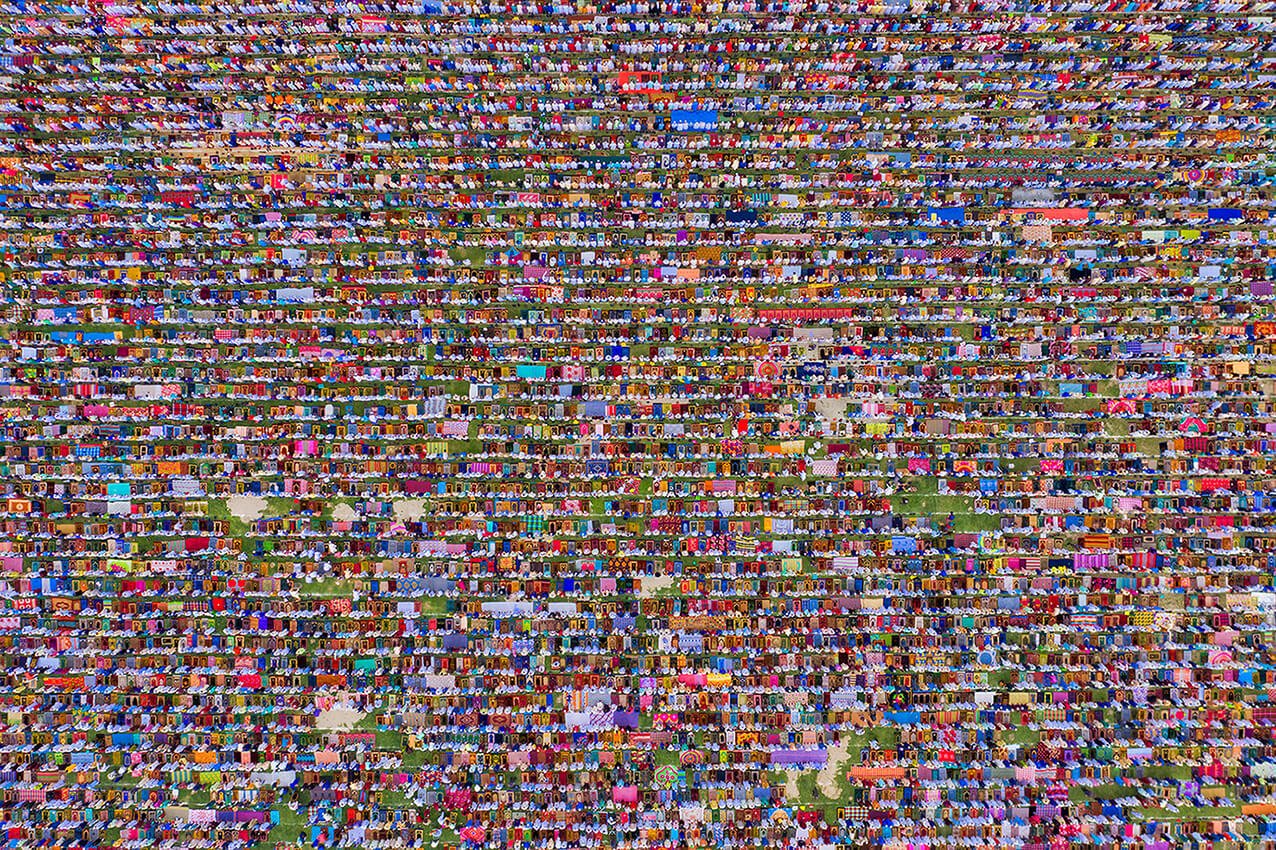 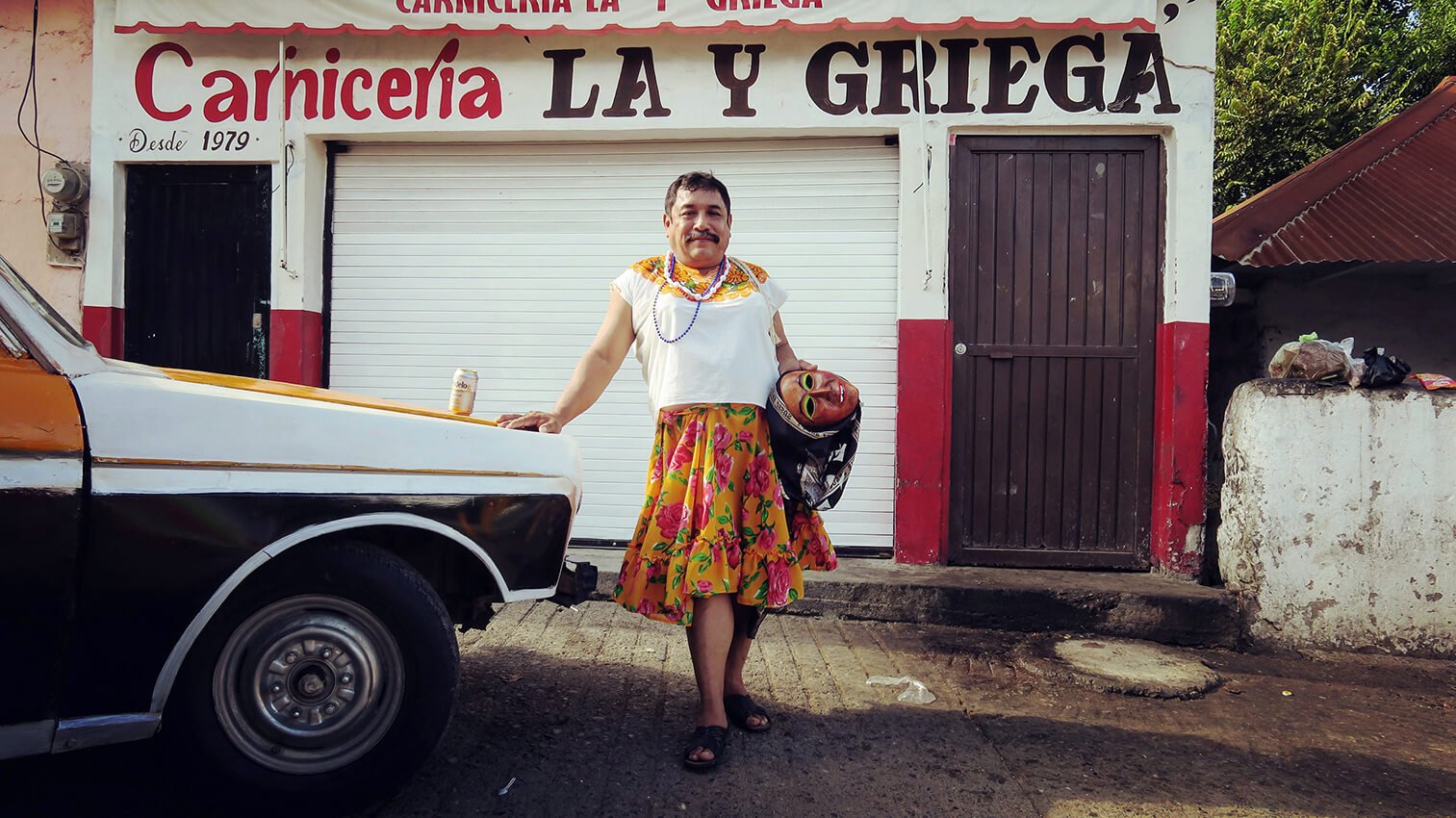 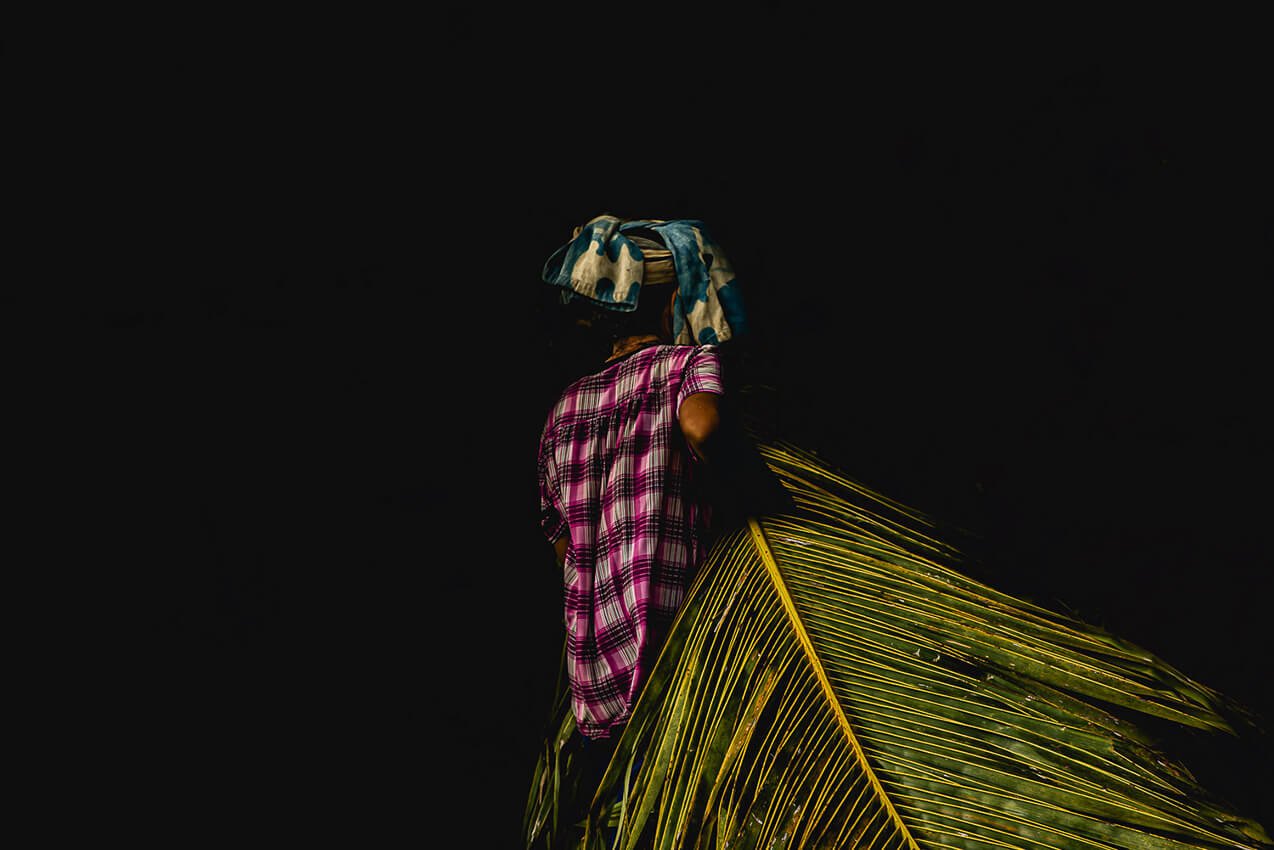 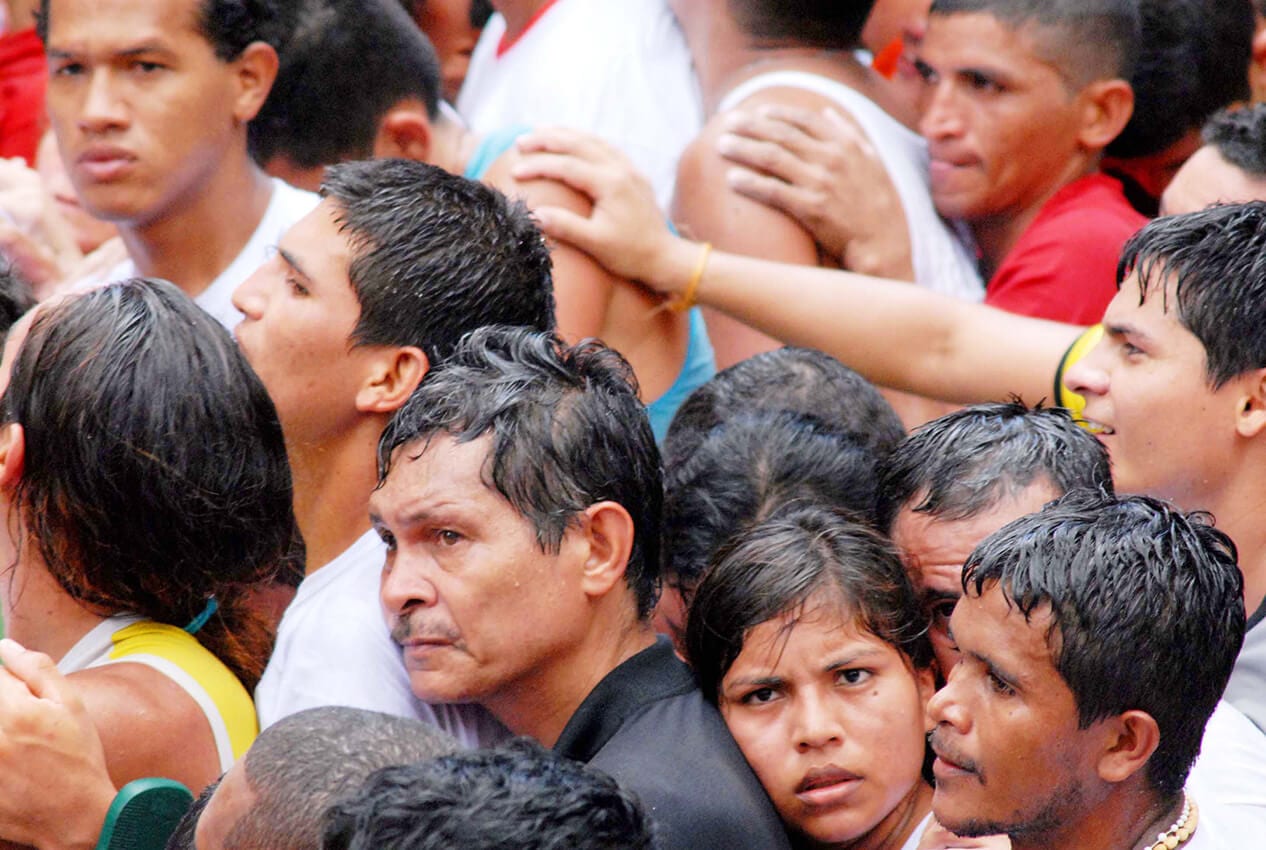 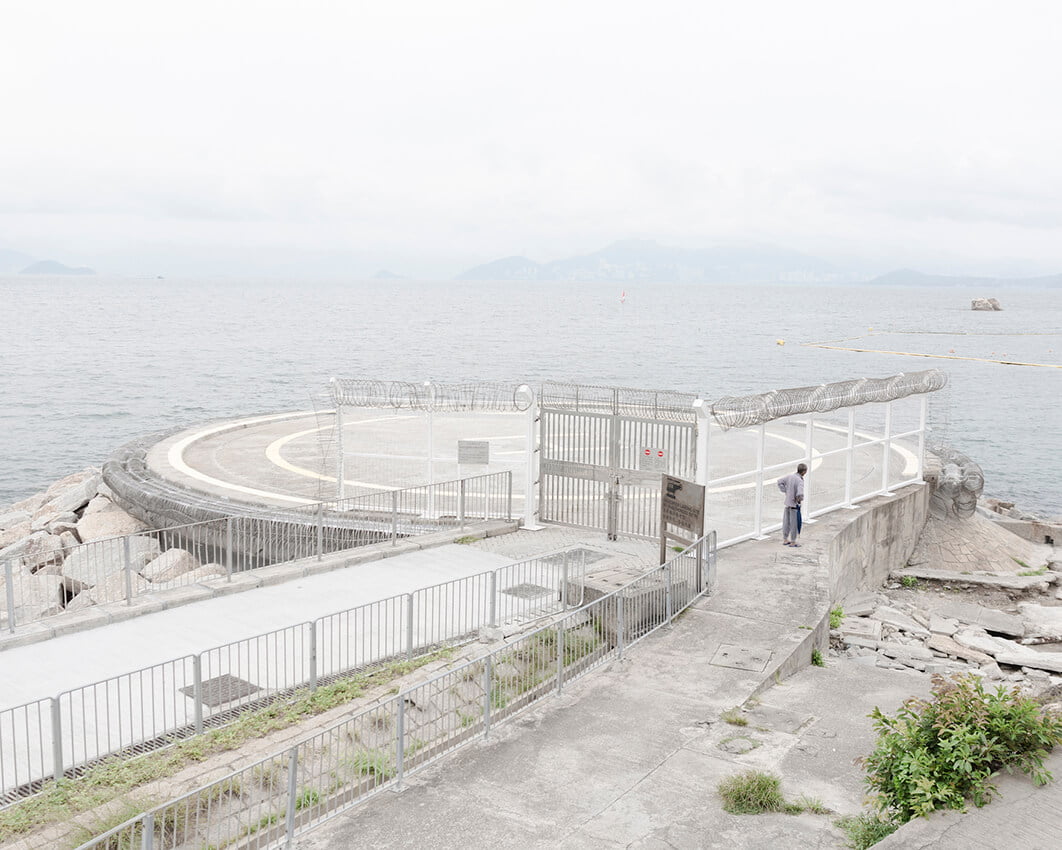 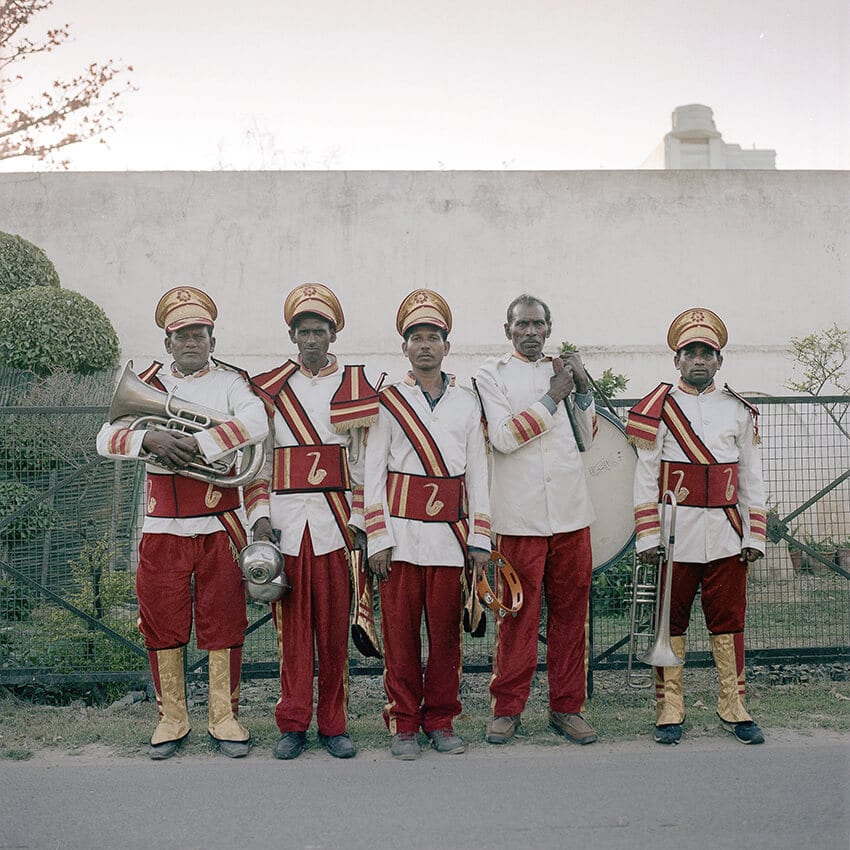 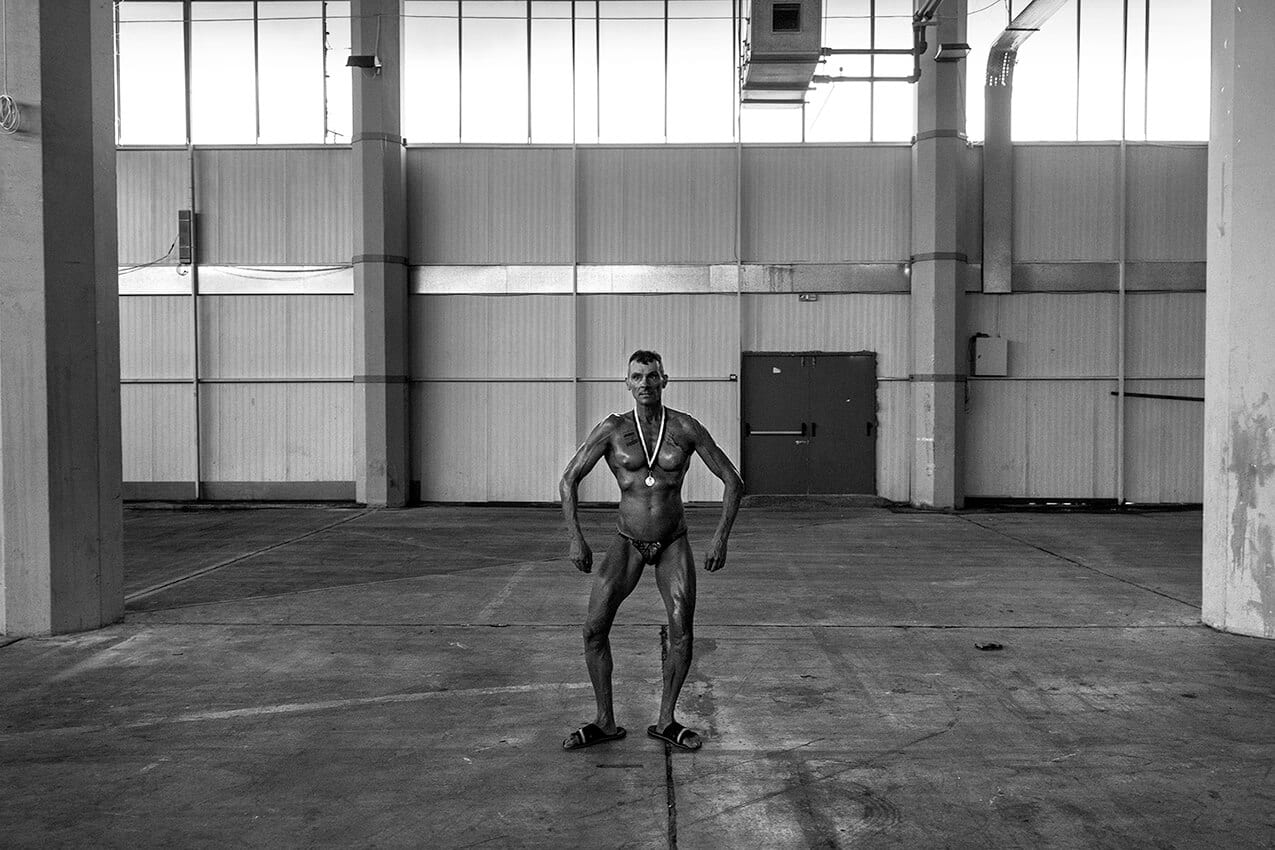 “This picture strikes me at first sight because of the contrast between the character and the object she’s handling. Whenever we come across a picture like this we immediately stop – I particularly like pictures which force me to view them many times, to come back and see them again and again. This is one of them. My degrees of reading were first focused on this contrast between subject and object, then on the story behind the picture (my mind wandered between different stories about this elderly lady), and finally consideration for its evocative, contemporary, relevance: fear, violence and suspicion of the unknown which we are facing in western societies. The colors remind me of the south of the US and the same atmospheres of Eggleston’s work. It’s a great picture which deserves the first prize.” – Stefano de Luigi

“To me, this photo illustrates the clash of civilizations that I’ve witnessed when covering conflicts around the world. It does so indirectly, illustrating the consequences of a conflict in an intelligent way. It demonstrates the permanent results of the work of destruction carried out scientifically by men when they decide to destroy instead of create. The choice to aesthetically blend a desolate landscape with an elegantly dressed character in her working clothes increases the drama without falling into the didactic. It is a picture that makes us think without shouting. Sometimes it’s a better technique in order to be heard.” – Stefano de Luigi

“Evoking thoughts of single-use plastic consumption and child labor, this is an image for our times. The raw, analog execution and harsh, faceless cropping create a heightened sense of unease. Superbly done.” – Life Framer

“There’s something intoxicating about this image – in the gradients of blue and flat, seemingly infinite white plains. It’s painterly and beautiful. It feels huge. With the pylons cutting a lonely trail across the emptiness, it also speaks to something of civilization – of our need to explore, and our pursuit to communicate across vast distances. Wonderful.” – Life Framer

“This is a clever compositional trick, juxtaposing celebration with solitude, drama with calm, as this young girl looks on at the Independence Day celebrations in Warsaw, Poland, from the comfort of her room. As flags and flares are waved in the street below, it perhaps says something about the detachment one can feel from politics, and, as she grasps her phone, of the increasing amount of time spent in the digital, rather than physical world.” – Life Framer

“This is a wonderful image, cleverly executed – Andrea splitting the frame directly in half to delineate man from nature, a false distinction we arguably too often make. One wonders whether this building is inhabited, or whether it’s being explored by this inquisitive elephant before it is ultimately reclaimed by nature. In the textures of wrinkled animal skin against smooth plaster, and the subdued color palette, it’s a subtle ode to the fragile balance between our impact on the world and its other inhabitants.” – Life Framer

“In this rich and evocative assemblage of found images, we stand on the edge of a strange world – pioneers in a new land. Peter paints drama in the deep shadows, and the light trails sweeping the sky – from a spacecraft in motion, or the ring formations of another planet? He creates something alien and alluring, reminding us that while we may have explored and civilised most of our Earth, it can still render us astonished from time to time.” – Life Framer

“Chris’ superb framing draws us right into the heart of this scene, as – his statement describes – locals descend the Sinakara glacier during religious festivities in Cusco, Peru. He employs strong diagonal framing, and a muted palette to draw the red out of the frame, but it’s the main subject’s expression that lingers – there’s an intensity to his expression, a longing perhaps. It asks the viewer to ponder the importance of faith and preservation of traditions, and the role that tourism and globalisation might play, for good or bad.” – Life Framer

“With its masterly framing, perfectly capturing the rigid geometry of this settlement on the Colorado River, Daniel comments on the structure and order we as humans apply to the natural world. Aesthetically, it’s also beautiful – the bleached colors, and the frame compartmentalised into rectangular elements, each with their own clues to the people that call this place home – sports fields, lines of irrigation, gardens, vehicle tracks. It’s an image that holds your gaze.” – Life Framer

“This is such an evocative scene – the dark palette, the anxious expression of the man, and the woman passing unswervingly across the frame creating an ominous dichotomy with the children’s ferris wheel and what should be fun and carefree. Josh uses every piece of available space in the frame, the elements tying the scene together rather than battling with one another. That’s a very difficult thing to do candidly, and he succeeds expertly.” – Life Framer

“This image – provided without any context – seems to capture a modern urban ennui. The neon gradient to the car hood provides some life to the scene, but it’s the main protagonist’s expression that defines it – stone-faced and vacant in the empty night. The viewer is left to wonder about the story between these two people. It feels almost cinematic, and pregnant with anticipation. A fantastic example of open-ended storytelling.” – Life Framer

“This is a beautifully executed scene – drawn along a strong diagonal composition, and with the golden, low light handled wonderfully. It’s a curious image that asks more than it answers – all eyes on the man bottom left, what’s holding their attention just out of sight, and the single scrap of paper on an otherwise unblemished surface. It has a quiet poetry.” – Life Framer

“This is a wonderful character study of a Nevadan rancher. The tones are captured superbly – his Stetson disappearing to silhouette – but it’s his expression that makes it. So much can be read into his eyes and posture – a sharpness, but also a weariness. Some apprehension perhaps. The choice of black and white, and the painted, sweeping background elicit a strong nostalgia; for times past, for a way of life which is perhaps on the brink. And those ideas are translated directly into his gaze. The energy between photographer and sitter is palpable.” – Life Framer

“It takes a moment to interpret Azim’s aerial shot, to decipher the vivid, geometric arrangement of pixels into lines of worshippers at the Muslim festival of Eid. It feels like a beautifully arranged puzzle. The success is in capturing the vastness of such an event – thousands of people visible, and the scene seemingly stretching endlessly off-frame in all dimensions. By portraying such scale he truly explores something not of a group of people, but of a civilization.” – Life Framer

“In this gorgeous environmental portrait, Corinne gives no context behind her subject Xantalo, photographed in San Martin Chalchicuautla, Mexico, and it is therefore left to the viewer’s interpretation. Combining macho tropes (cars, beers, meat) with his feminine attire and mask, it can perhaps be read as a comment on self-expression, and changing attitudes towards gender norms and masculinity. Whether this or not, it’s an absorbing, widescreen scene.” – Life Framer

“Walking forward into absolute blackness, the viewer’s eyes are drawn back and forth between the textures and colors in the flash-lit frame. It creates a high tension as we edge forward into the nothingness with our subject. There’s no context to act as an entry point into the image, and that makes it all the more alluring.” – Life Framer

“Patricia’s statement describes this scene being from a religious pilgrimage in Brasil, but the densely packed bodies, the visible sweat and the pained expressions evoke something far less celebratory and communal than one might expect. It feels tense, uneasy. It’s a fascinating view into religious observance today – something that has long defined our civilizations, and continues to do so.” – Life Framer

“With its neat framing, washed out coloring, and lone figure, this image is visually striking. It is also difficult to read outside of the context of our contemporary relationship with national borders. Of economic migrants and conflict refugees. Of welcomes and exclusion. Alone and staring pensively out to sea, this man personifies such ideas.” – Life Framer

“Shot in her hometown of Nagar, India, Anu’s environmental portrait is quite wonderful – his subjects’ red and gold outfits resplendent against the drab surroundings, and their muted expressions perhaps at odds with what one might expect from a marching band. It’s charming and intriguing, and something of an antidote to the vibrantly-colored, chaotic scenes of India that dominate photographic feeds. She manages to find interest in normalcy, something human and real, and in doing so opens up a tiny window into these strangers’ lives.” – Life Framer

“Intriguingly titled “Bodybuilding contest winner” with no further information provided, the character Dinos photographs is strangely enigmatic. He is described as a winner, and has the medal to prove it, but his mannequin-like posture isn’t one of strength, his expression is troubled, and the sparse industrial surroundings don’t feel at all celebratory. Black and white is an excellent choice to intensify that curious, bleak atmosphere. A sadness. It’s a complex image that provides an interesting comment on body image and the hunt for perfection.” – Life Framer