The Essence of Childhood

An interview with Bob Haft

“I gave [my students] the same advice that is often given to young jazz musicians: Imitate. Integrate. Innovate.”

Bob Haft won our Youthhood competition with an unfiltered and uncontrived image that judge Hellen van Meene said “creates questions which are not easily answered”. Taken from a body of work spanning over 20 years, in which Bob documented his children and searches for moments of the marvelous in the commonplace, it uses a clever composition of candid subject matter to challenge our preconceptions around play, guardianship, and of course gun control.

Keen to know more, we put some questions to Bob, and his responses – covering his photographic practice, subject consent, the darker side of the internet, and his advice as a former professor of photography – are as interesting and thought-provoking as his images…

Hi Bob. Firstly, congratulations on winning our Youthhood competition. It’s a striking, cleverly composed image, and one that raises a lot of questions around the role weapons should or shouldn’t play in our lives, and particularly those of our children. Were you conscious of the provocative nature of the image? Do you take a stance on that subject?

I think Hellen hit the proverbial nail on the head with her comments about the photo. And, yes, I was conscious of the provocative nature of the image even as I took it. My wife and I actually had a “no gun” policy for our kids when they were growing up, but it was something that was almost impossible to enforce since the kids would use either their fingers or sticks as pretend guns; plus, guns are absolutely everywhere in American society, from sporting-goods stores to toy stores. In addition, we lived next door to my father-in-law who was a veteran of World War II, and who kept a BB gun around for shooting at the coyotes and other critters who occasionally attacked the geese and chickens that he kept. If you look closely at “The First Lesson” you’ll see that the hand in the foreground of the image is that of an adult; it’s my father-in-law’s hand and in the photo he’s teaching my then 5-year-old son how to shoot a BB gun. So eventually we just gave up in trying to enforce the “no gun” rule, and I have made a number of images where toy guns or other weapons are a seminal part of the photograph.

Many years ago I had an exhibition in Seattle of about 30 photos from the same series that “The First Lesson” was taken, and in three or four images in that exhibit there was a toy gun. There was also a blank book at the exhibition where people were invited to write their comments about the images. When the exhibition was over and I had a chance to read the comments that people had left, I was stunned by the large number of them that said something to the effect that these were horrible photos and I was a horrible person for letting my children play with guns! It was as if they missed out entirely on seeing the other images in the show that didn’t have that visual trigger (no pun intended). At the very end of the book of comments, however, there was an entry from a 13-year old girl who put things in an interesting perspective for me: she said, “Dear Mr. Haft, my brother and I played with guns when we were kids and we’re fine. Don’t listen to what other folks have written. I like your photos!”

So, over the years I’ve come to the conclusion that a lot of people who are scandalized or upset by what they see in an image like “The First Lesson” are often those who have neither children nor World War II veteran father-in-laws.

I understand that the image is from a 20 year + project through which you’ve documented your children. Hellen put it well in her judge’s analysis when she said “a good photo should be interesting and appealing, and not only for the parent of the child who is in the picture. It’s important to try to avoid “easy cuteness” – any successful image says something more universal to a broader audience”. It’s certainly something you get right in your images. Does that statement resonate with you? How do you navigate that idea in your own work?

My undergraduate degree is in Psychology and at that time I was actually thinking seriously of becoming a Child Psychologist, so I think I have a fairly realistic idea of what childhood is. It’s a time filled with both great joy and great terror; and when children are “playing”, they’re also seriously “working.” I’ve tried to capture a bit of both those emotions and those attitudes in the photos I’ve made of my own and others’ children, and I have never consciously tried to make a photograph that had such limited appeal that it would only be appreciated by one particular family. I’ve tried hard to get into the world that children immerse themselves in when they are interacting with one another and let the truth of the moment be the guiding factor in an image.

This hasn’t always been easy for my wife or the parents of other children I’ve photographed, who would sometimes look at an image that I had printed and would either be appalled by how dirty the kids were in the photograph (“Couldn’t you have cleaned them up a bit before you made the photo?”) or by whatever activity they were engaged in (“Oh my God! You let the kids do that?!?) when the photo was made. 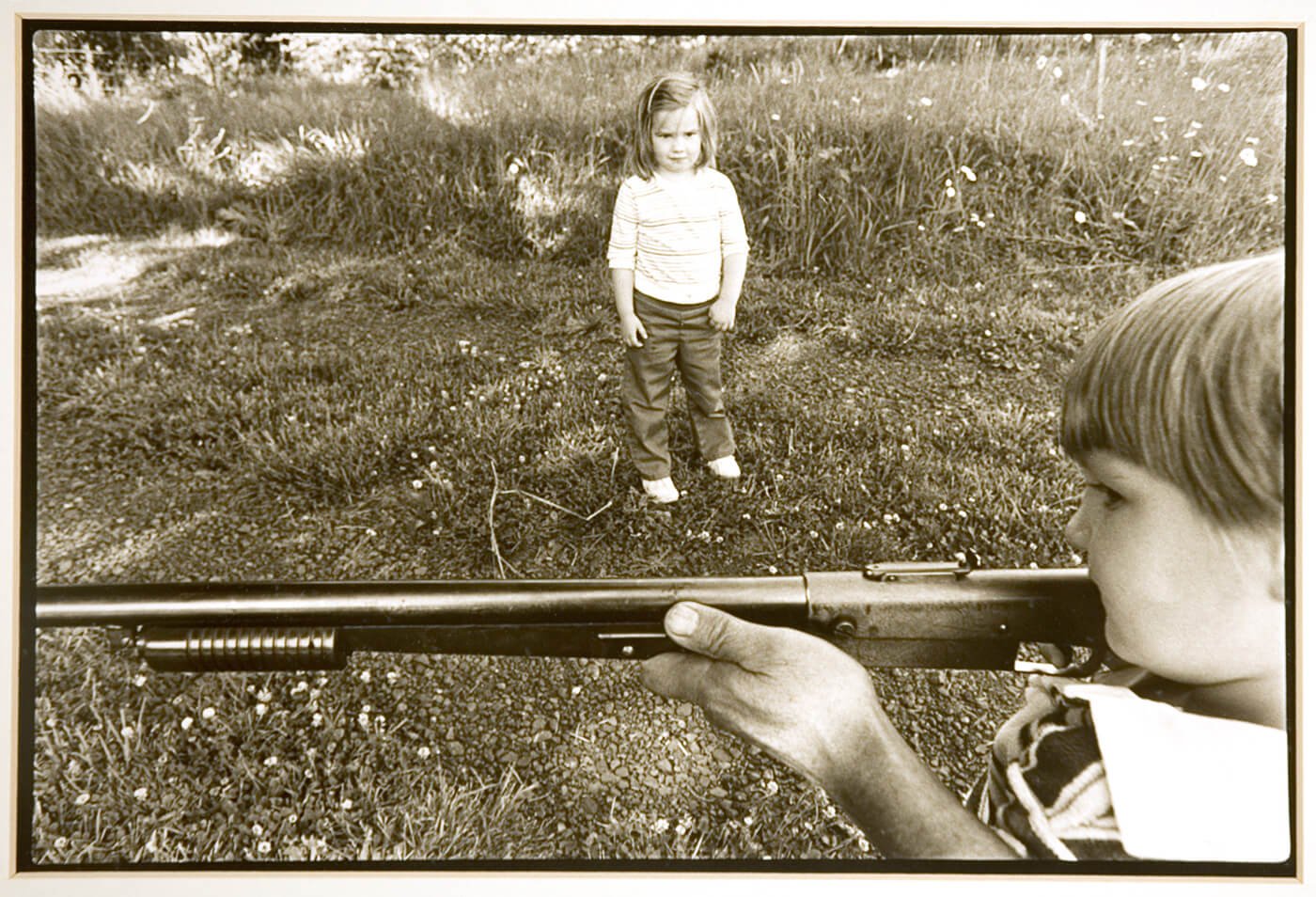 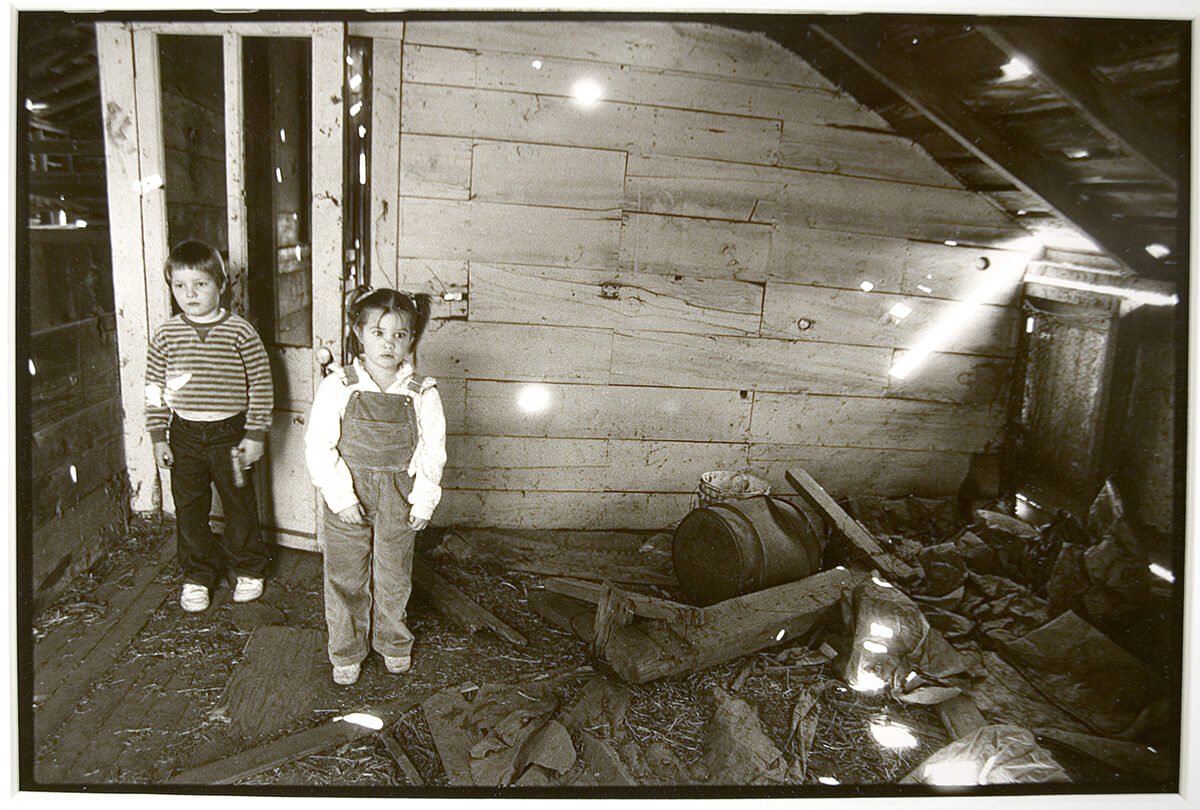