Chronicles of the Night

“Character, like a photograph, develops in darkness” – Yousuf Karsh

Following Yumi and Masaru Goto’s selection of winning images for our ‘AFTER DARK’ theme, this compilation of 20 images, selected by the Life Framer editors represents some of the other talented photographers whose work struck us and left a mark. Some are more literal representations of the theme, and others are more abstract, but each one is a stunning image worthy of exposure and attention. 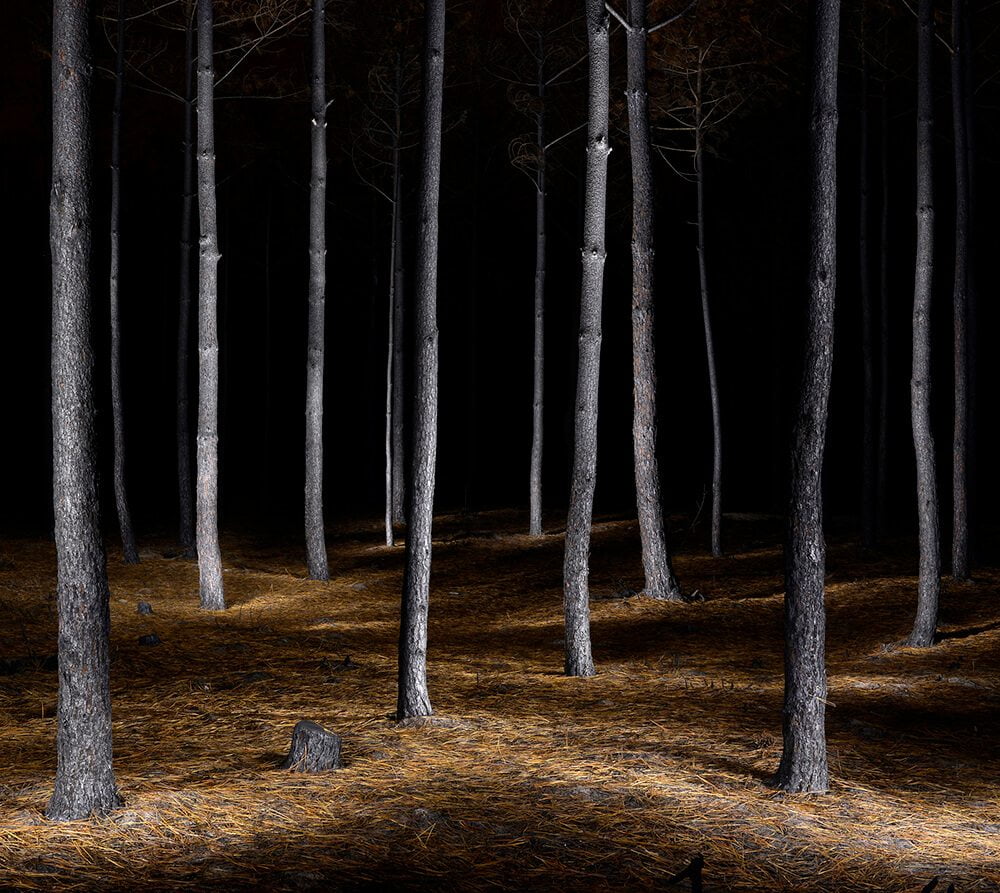 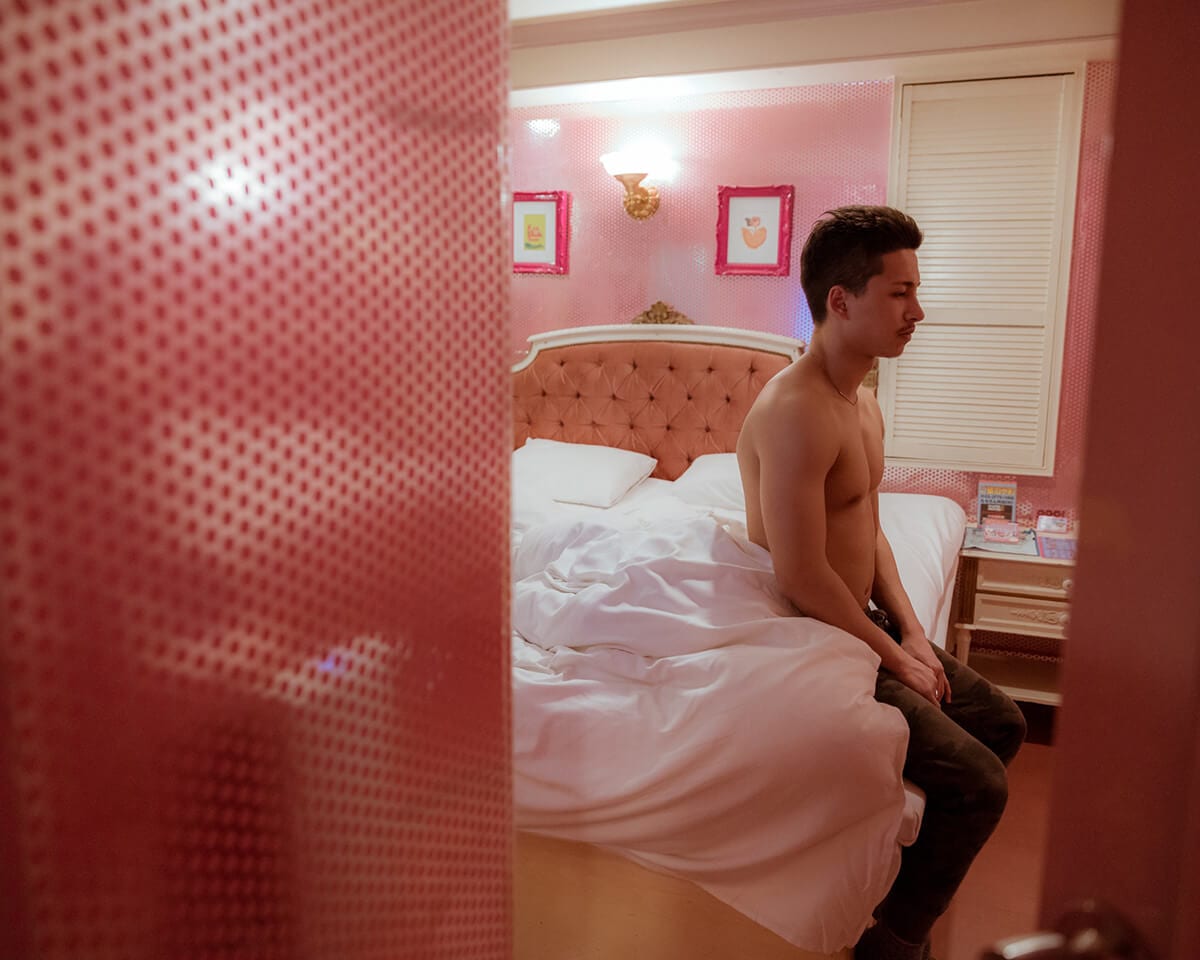 Image and text courtesy of Deby Sucha from her series ‘Tokyo Fake Romance’.

“In Japan some women are turning away from relationships and renting boyfriends instead.

We are not a prostitute but we sell fantasies with boundaries” – Jin, a rental boyfriend.

Jin, 20, is one of those boyfriends to rent and has a character perhaps lacking in most Japanese men – he’s strong and romantic, at least for a couple hours. His parents divorced some time ago and life forced him to struggle alone in this compact, concrete forest of Tokyo. He has a dream to study abroad one day this is how we begin our conversations – I ask him why he does what he does. He stares at me closely. “Because I’m helping those lonely ladies. They are alone with their problems. I’m giving them what they long to have without any emotional attachment”. We finish our dinner and walk out into the deep evening, our romantic relationship nearly done. I ask him if the clients ever ask to go to a hotel with him, as we pass though Shibuya, full of tacky love hotels. “You know that physical intimacy is not allowed in this business”. We part ways and agree to stay in touch, though we probably won’t. But we mean it in this moment. When you’re young relationships are pure but as you get older you see complications”. 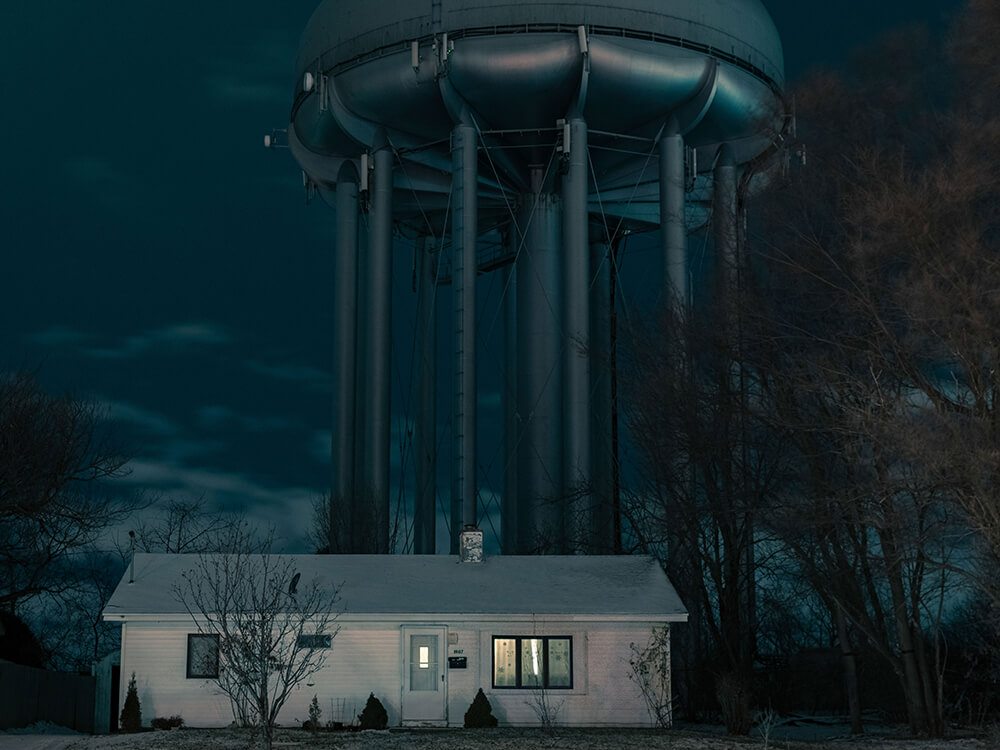 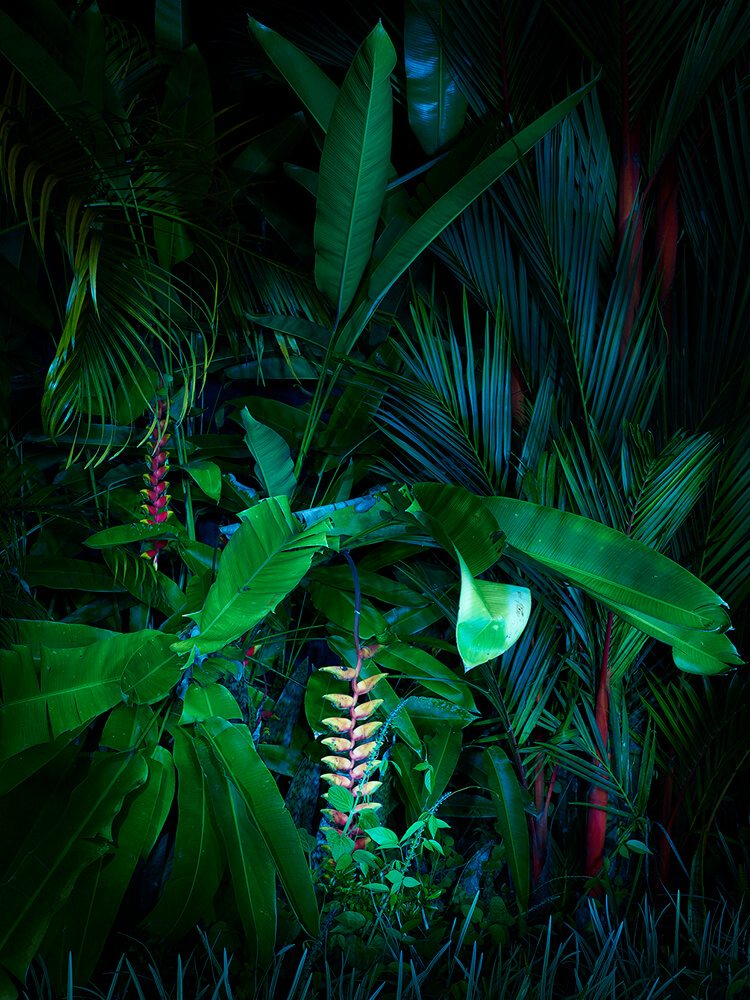 Image and text courtesy of Geert De Taeye from the series ‘Life of Flowers’.

“This is from a botanical series I created in Java. While working on a larger project, I photographed this series at night at the edge of the jungle. An intense experience, shooting on adrenaline with a snake stick in one hand and a light torch in the other. Because of this specific lighting technique no post-production was necessary. Very saturated colorful and sharp images gave me the power to resist my fear for the dark and the unknown jungle”. 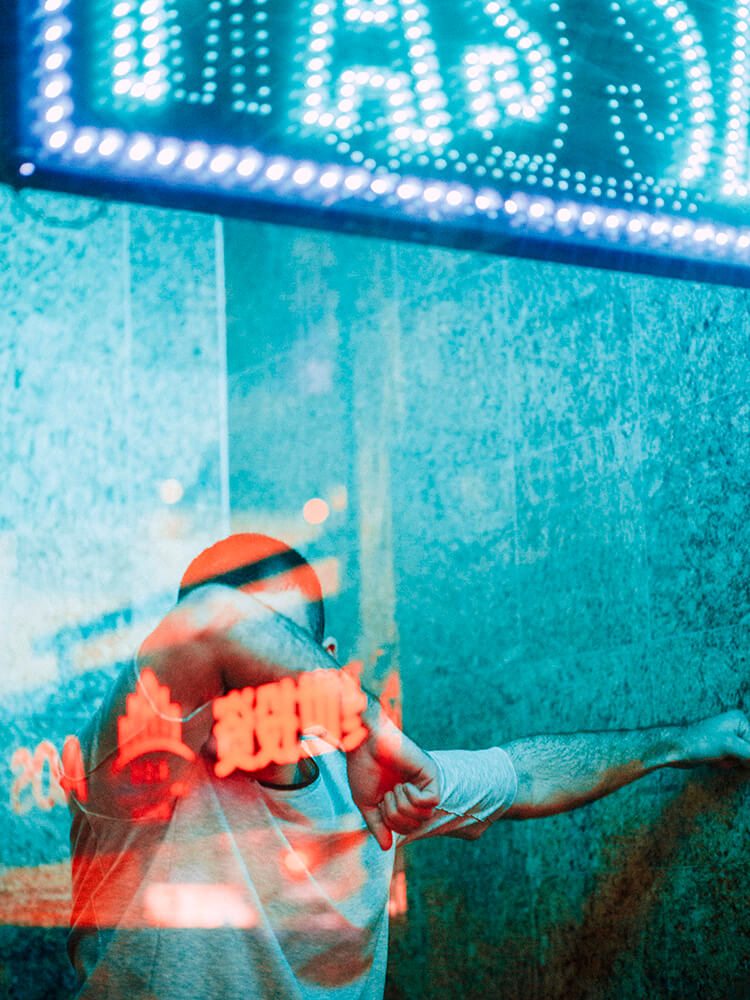 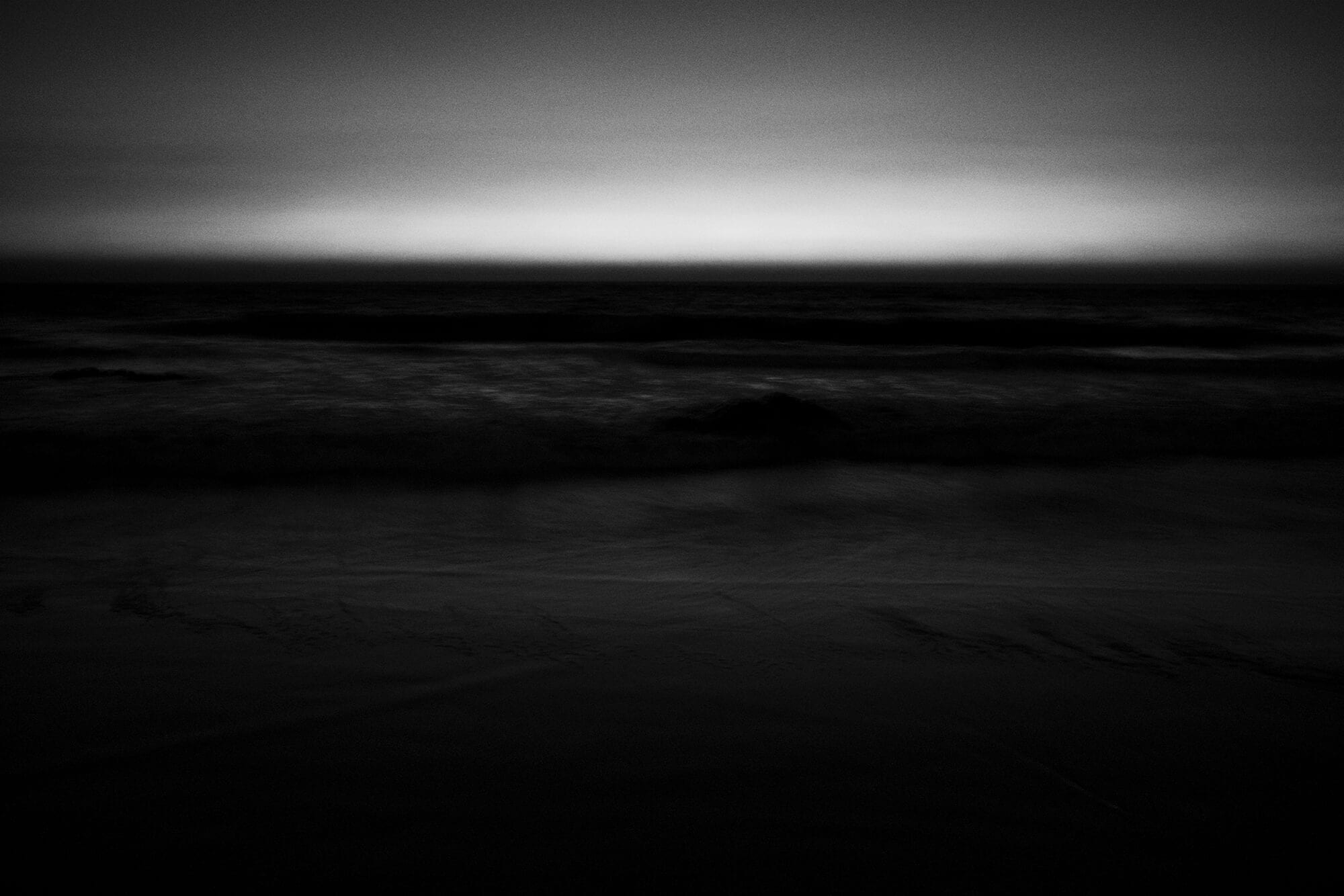 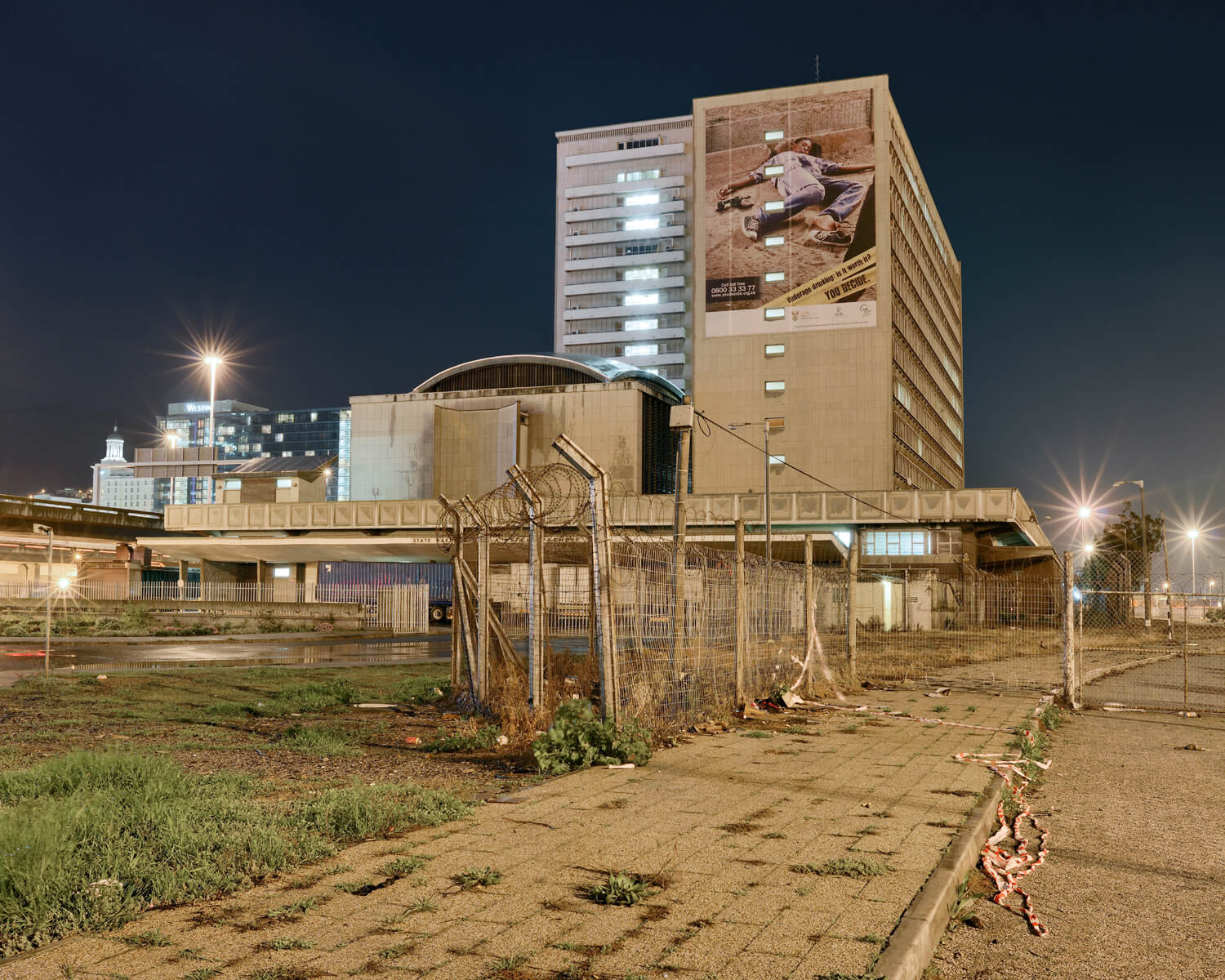 Image and text courtesy of Dillon Marsh from his series ‘Artificial Light on Artificial Land’.

“This series of photographs shows nocturnal scenes of Cape Town’s Foreshore area – a large section of land that was reclaimed from the sea in the 1930s and 1940s”. 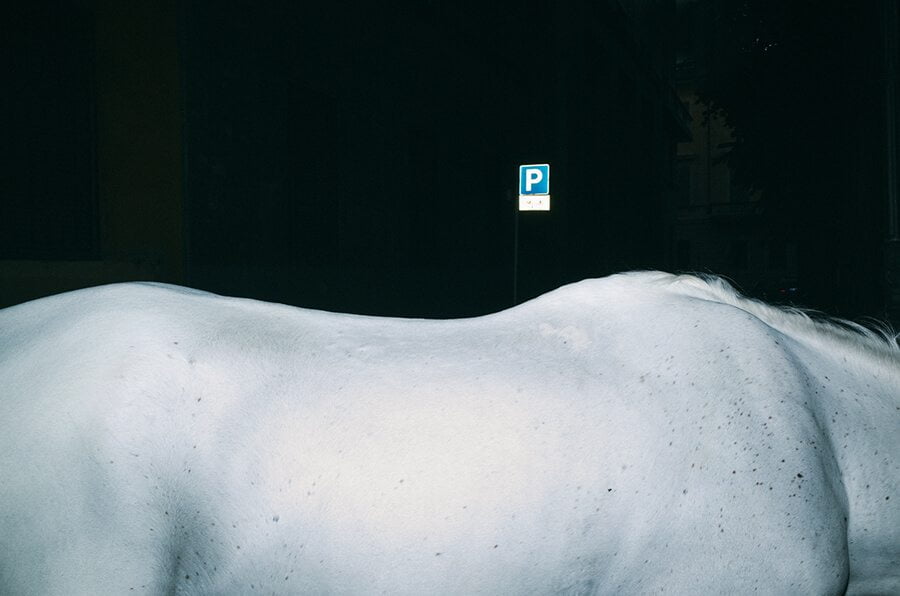 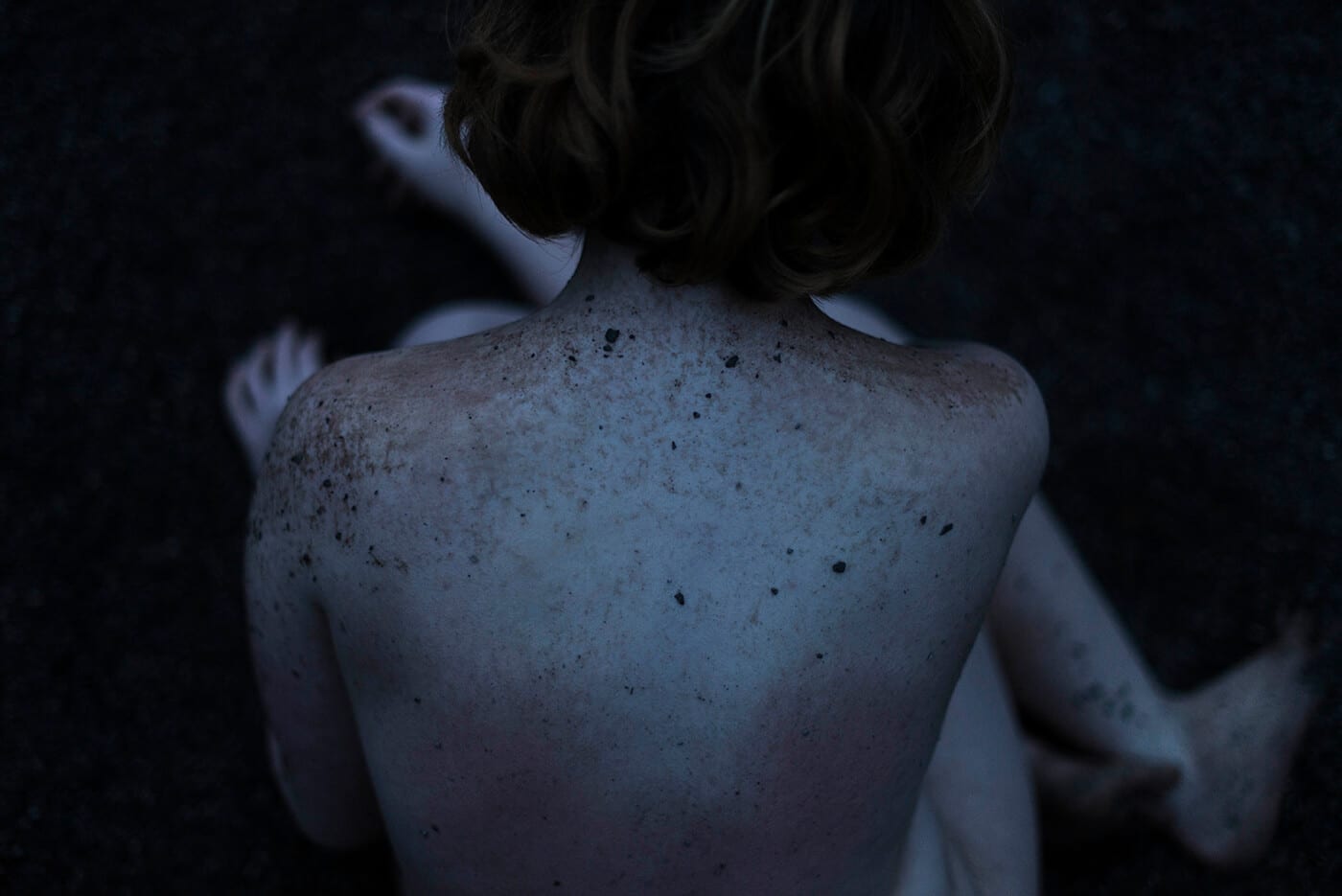 Image and text courtesy of Alan Eric Carter from his series ‘Black Rays of Sunshine’.

“Black Rays of Sunshine is a personal series depicting the darkest moments of my depression. I was so enveloped in my own suffering that I found it to be blissful and in a way I did not want to leave that state of mind. It became an addiction. The series as a whole is metaphoric where the aspect of beauty is important for illustrating the addiction and the monotone dark colour palette speaks of the feelings and emotions experienced.

Years went by and I managed to leave this dark bubble of mine so I decided to create this series as a point of closure to that chapter in my life, promising myself to never return there again.

Photographing my own mental health is key to not only evolving as a person and photographer but also to raise awareness of mental health in general. By publically stating my own struggles and how visualising the internal mind through photographic art can be beneficial, I hope to bring a sense of enlightenment and remove some of the stigma surrounding mental struggles. As we are living in a world where depression is very prominent I believe the removal of stigma is of utmost importance”. 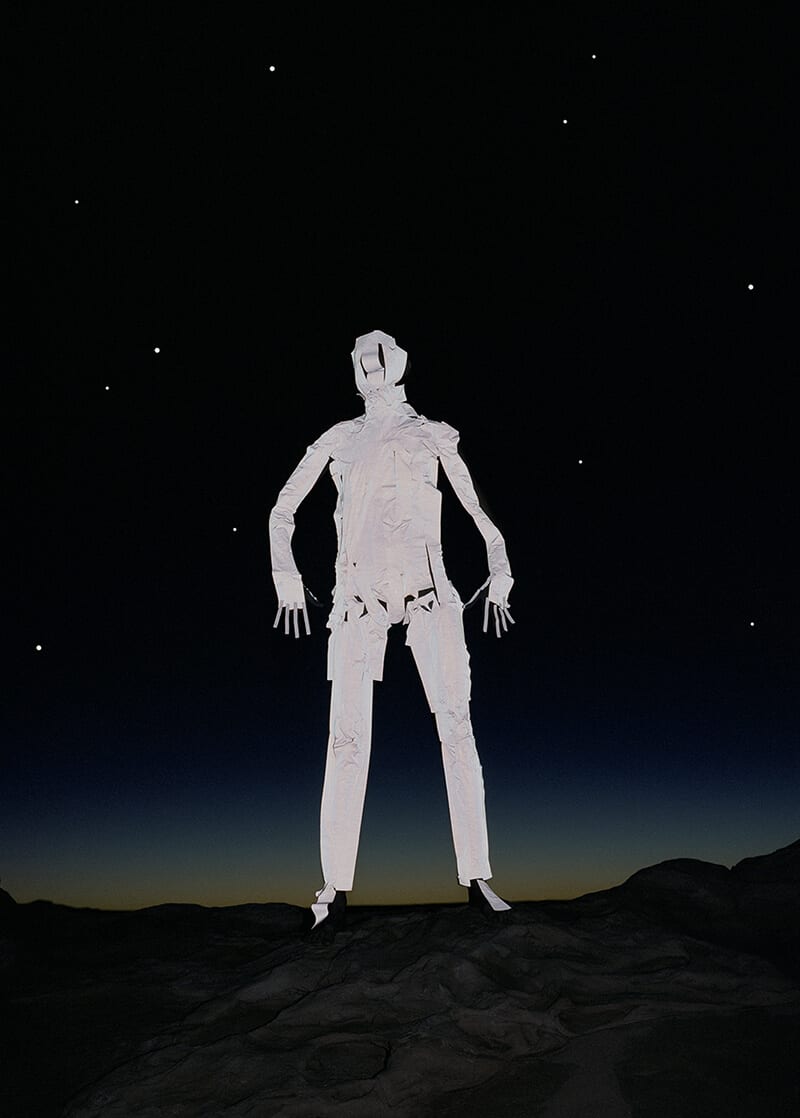 Image and text courtesy of Synchrodogs (Tania Shcheglova and Roman Noven) from the series ‘Supernatural’.

“This image is from the project ‘Supernatural’, which deals with lucid dreaming experiments”. 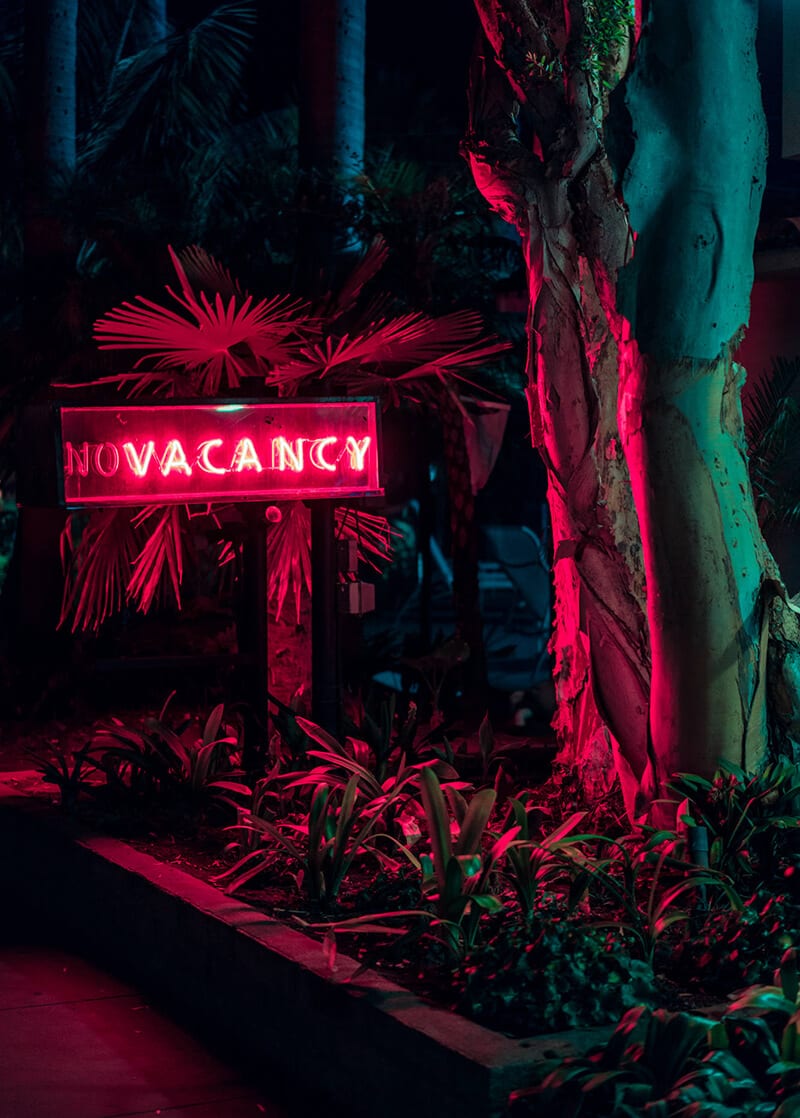 Image courtesy of Etienne Perrone from his series ‘USA by Night’. 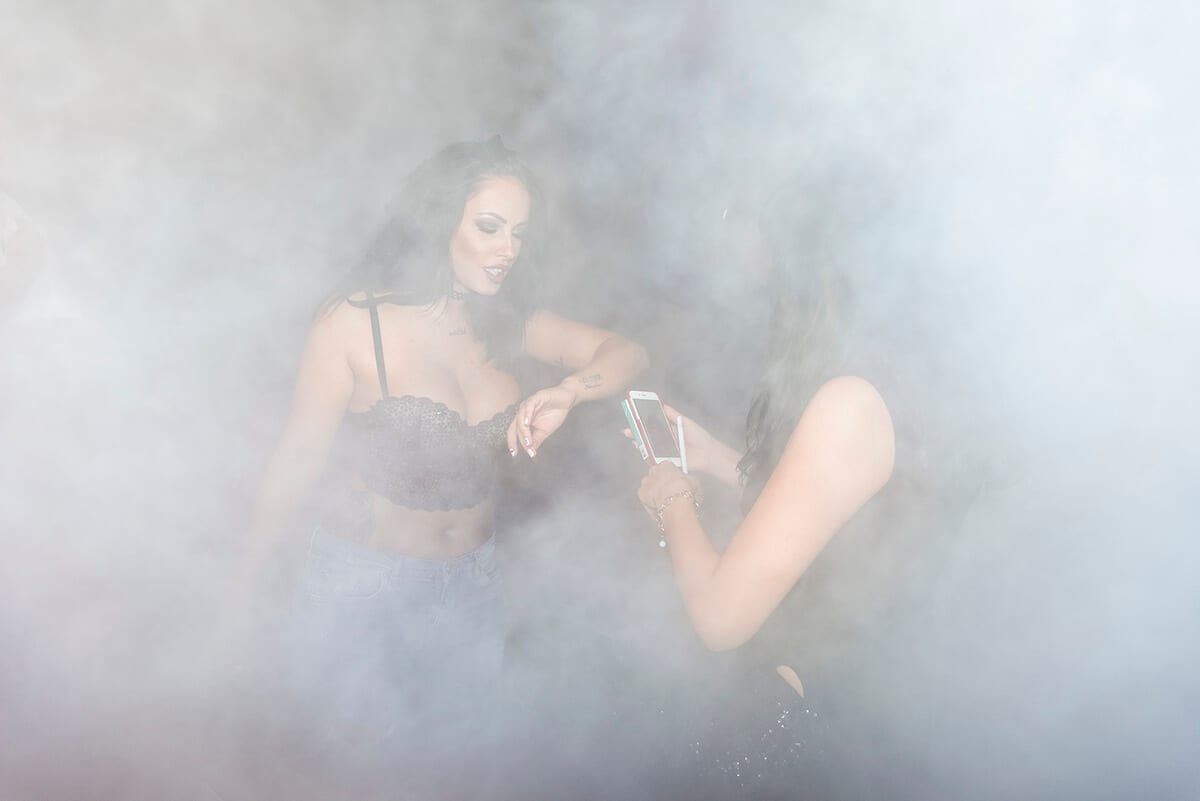 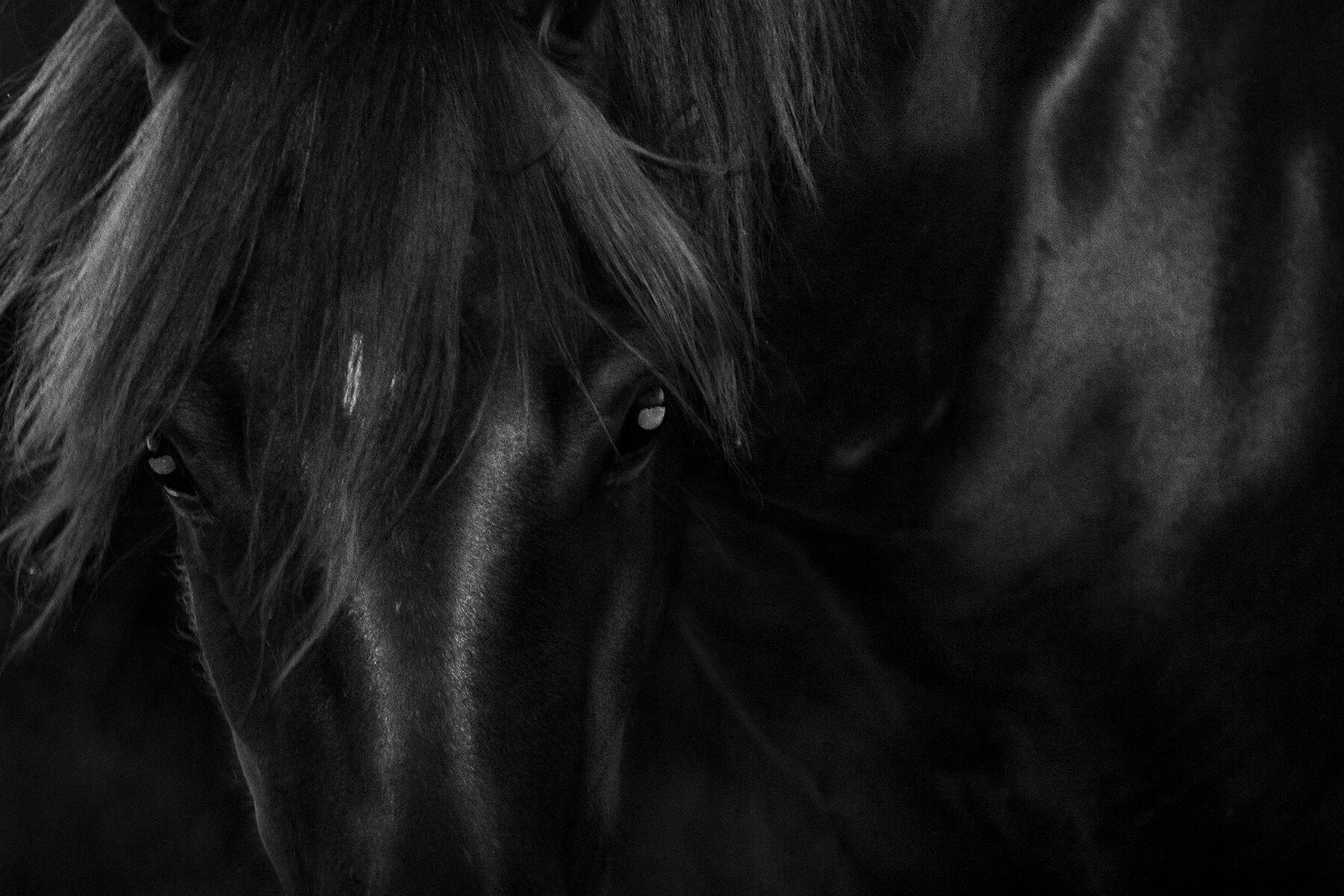 Image and text courtesy of Ebony Finck from her series ‘Brumby’.

“The sun has disappeared over the Mount Kosciuszko mountain range. I spot a nearby mob and silently ask their permission to approach. I explain that they are in a catchment zone, that they will likely be killed if they cant be rehomed, and that I would like to tell their story in photographs. A muscular, beautiful 15-hands mare allows me to come closer and lowers her head.

For 150 years the wild Brumby has called the Australian landscape home. First introduced by the European settler, the Brumby has been made famous by writers such as Elyne Mitchell and Banjo Paterson, warranting an important place in our national cultural heritage.

Their management is a highly contentious issue generating emotionally charged debate from both conservationists and activists, as the Brumby is both an introduced species and a national icon. The lack of public support is no surprise given the confusion regarding population numbers and the paucity of rigorous research. Both governments have committed to trapping the Brumbies before they are to be rehomed or to humanely kill them. Volunteer organisations across Australia are working to take on as many brumbies as possible as their temperaments and versatility are ideal as domestic mounts”. 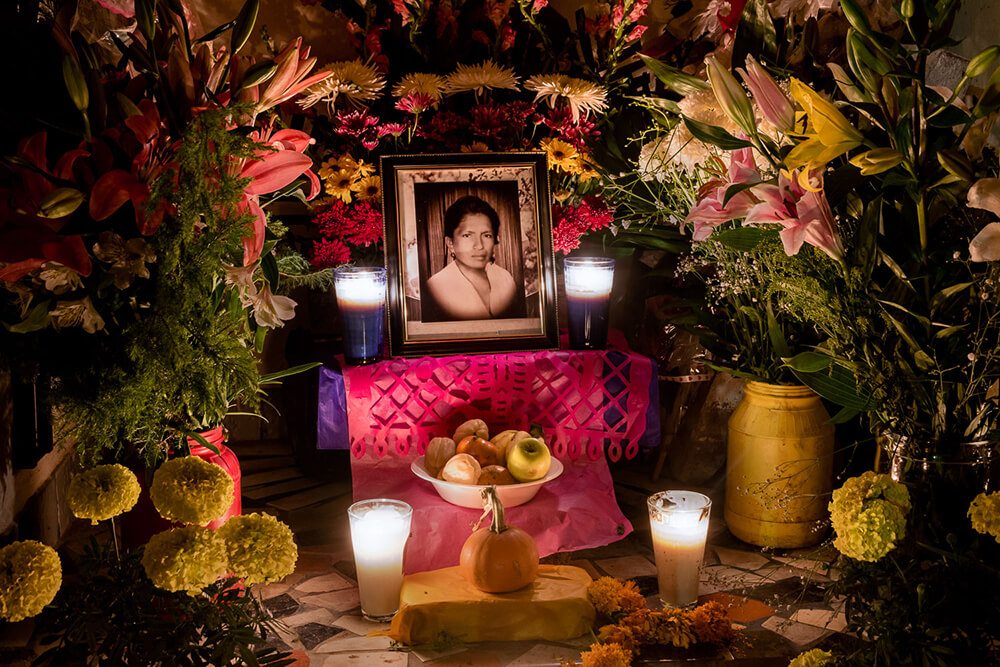 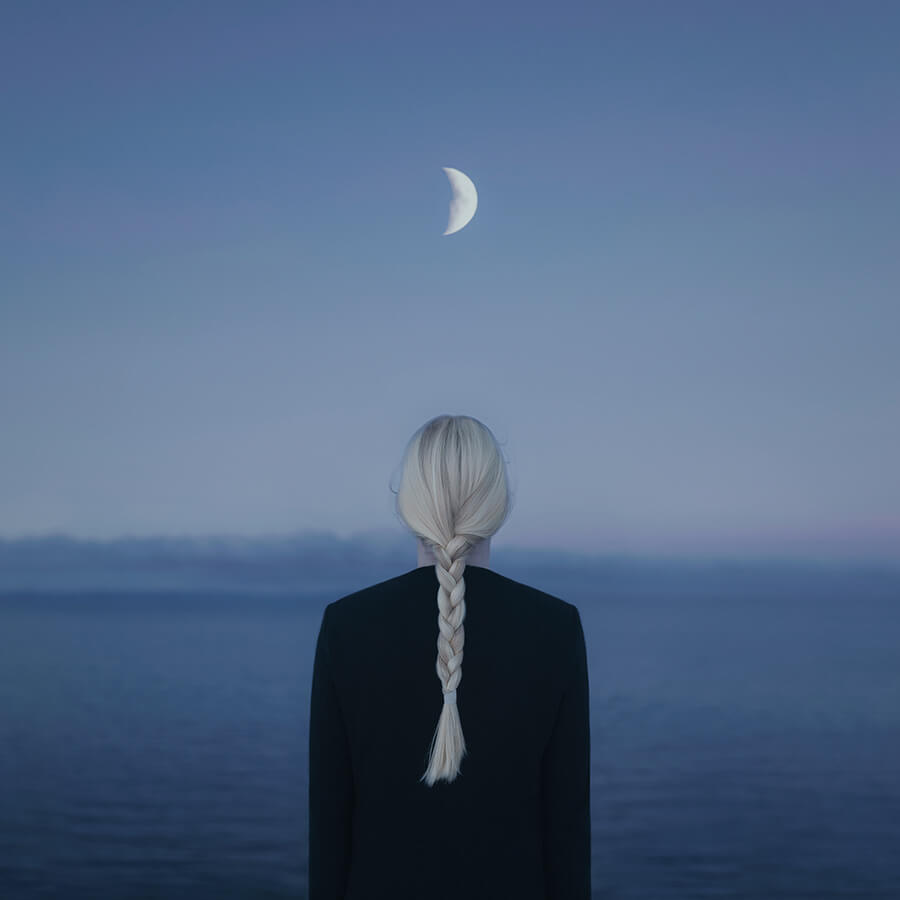 Image and text courtesy of Gabriel Isak from her series ‘The Blue Journey’.

“In The Blue Journey, I invite the viewer to enter a dream world, where solitude is more than just being alone. It is a world of soul searching and dream interpretation, spun from a web of psychological states, which is filled with stimulating knowledge and energy of the self. Solitary figures are concealed in surreal scenery, depicting their internal world, which symbolizes our own unconscious states”. 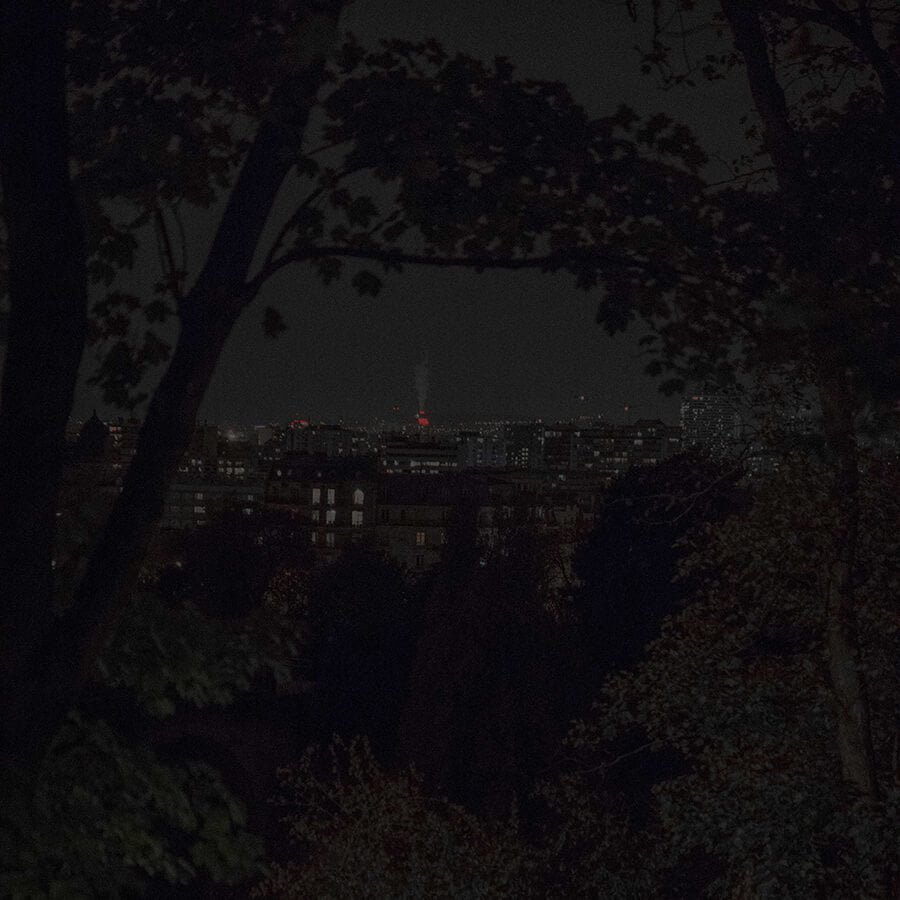 “When the darkness falls I begin the chronicle of a late-night walk. From atop a deserted hill, I view an illuminated and living city from above. I have been taking photographs for a couple of years, driven by the necessity to answer an unknown question”. 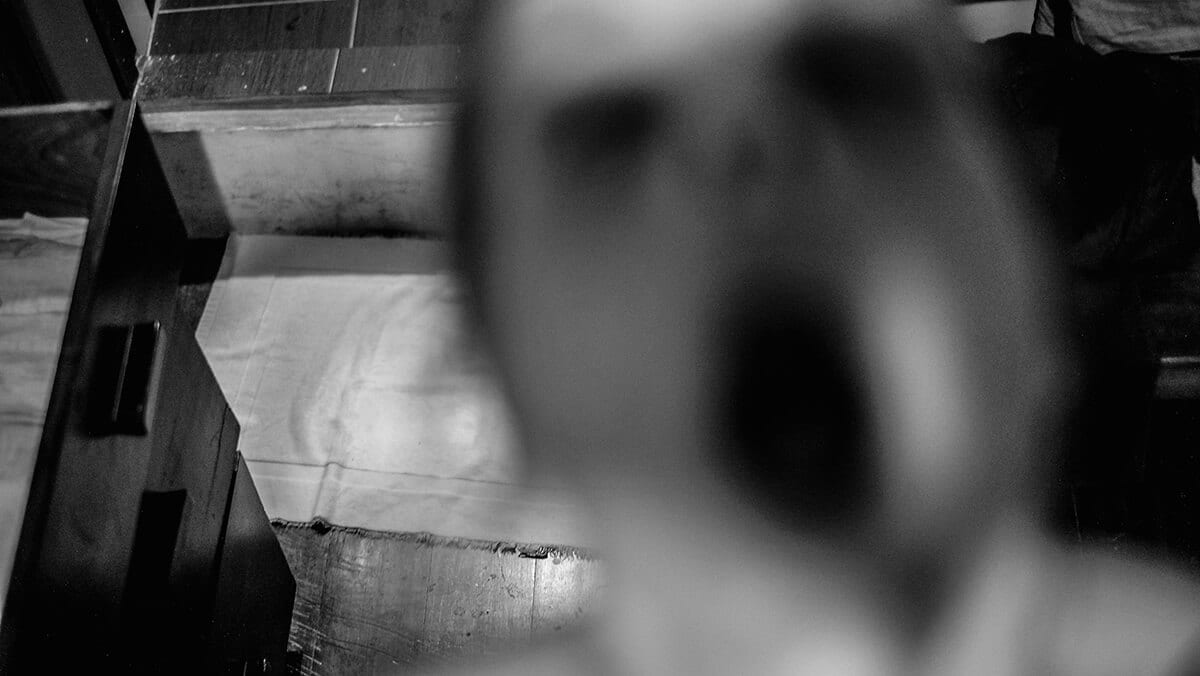 Image and text courtesy of Veronique van Hoorick from her series ‘Hearing Voices’.

“The Voice is there.
Is it an inner dialogue or is someone trying to speak to me?
Questions arise. Where does fear come from?
Hidden childhood wounds and past lives are becoming visible.
Do I have to listen to that voice?
I hear it again…

This series of images was created during the night the mystery happened”. 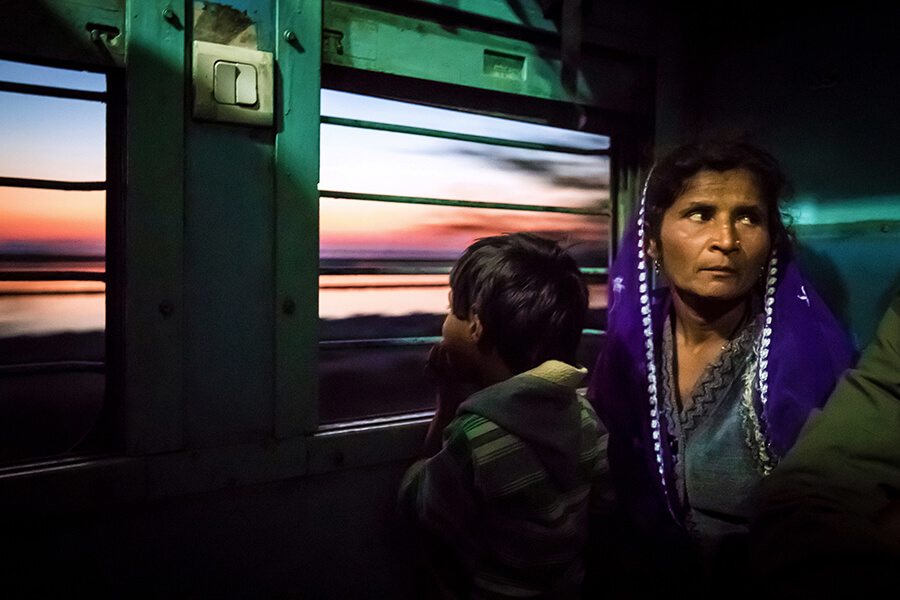 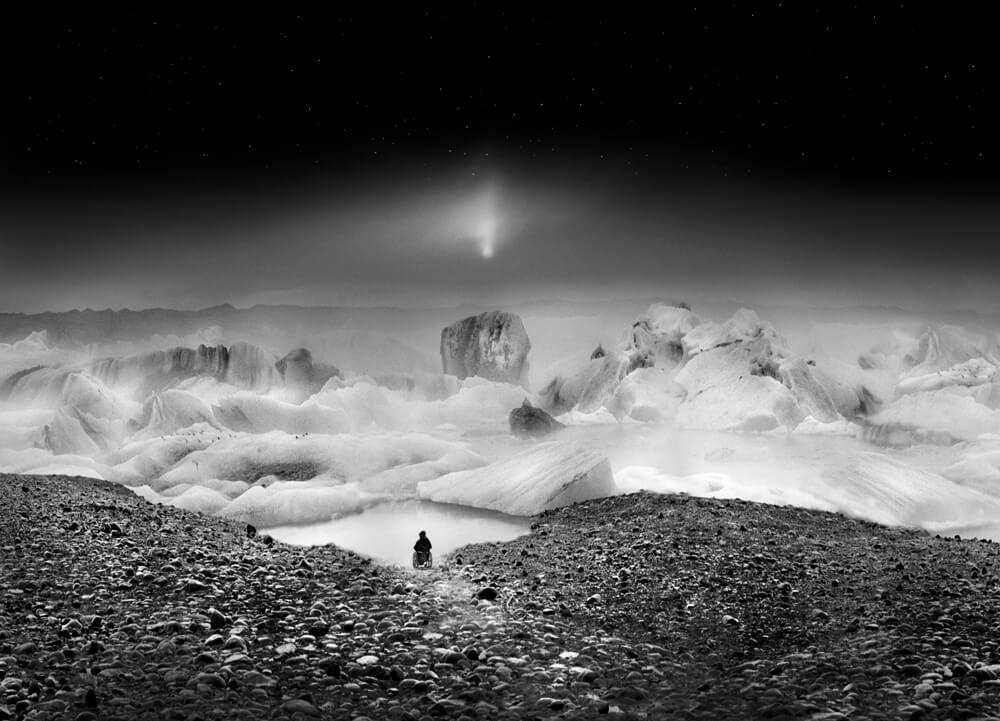