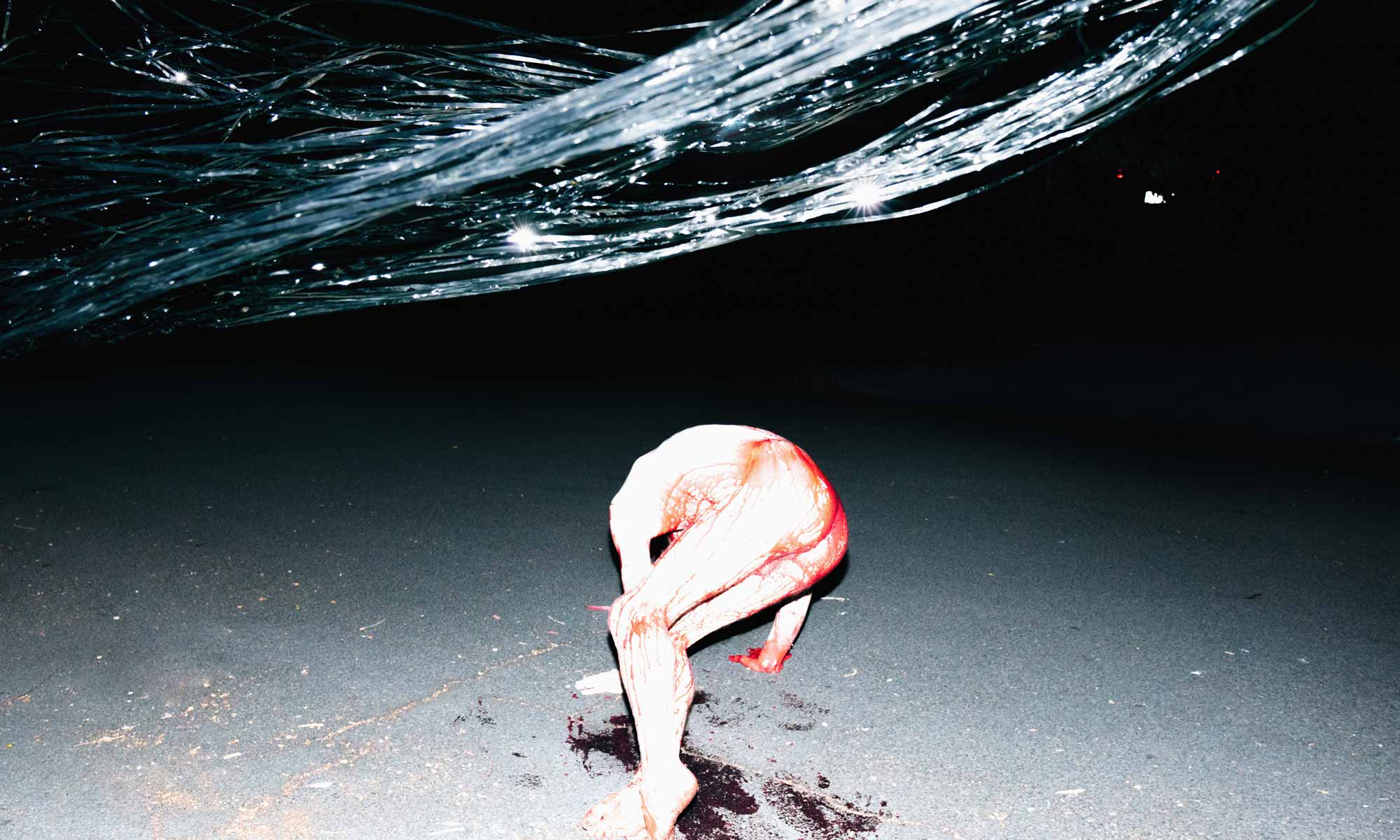 “A man must dream a long time in order to act with grandeur, and dreaming is nursed in darkness” ― Jean Genet

We are delighted to present the results of the eighth monthly theme of Life Framer edition IV – AFTER DARK. We asked you for images inspired by the night – in a literal or abstract way. From hazy dreams to harsh reality. From deserted backstreets to the glitz and glamor of a sleepless city. The theme was judged by Yumi and Masaru Goto, co-founders of Reminders Photography Stronghold – an eminent art hub in Tokyo dedicated to promoting photography as an outlet for storytelling through exhibitions, talks, workshops and grants. 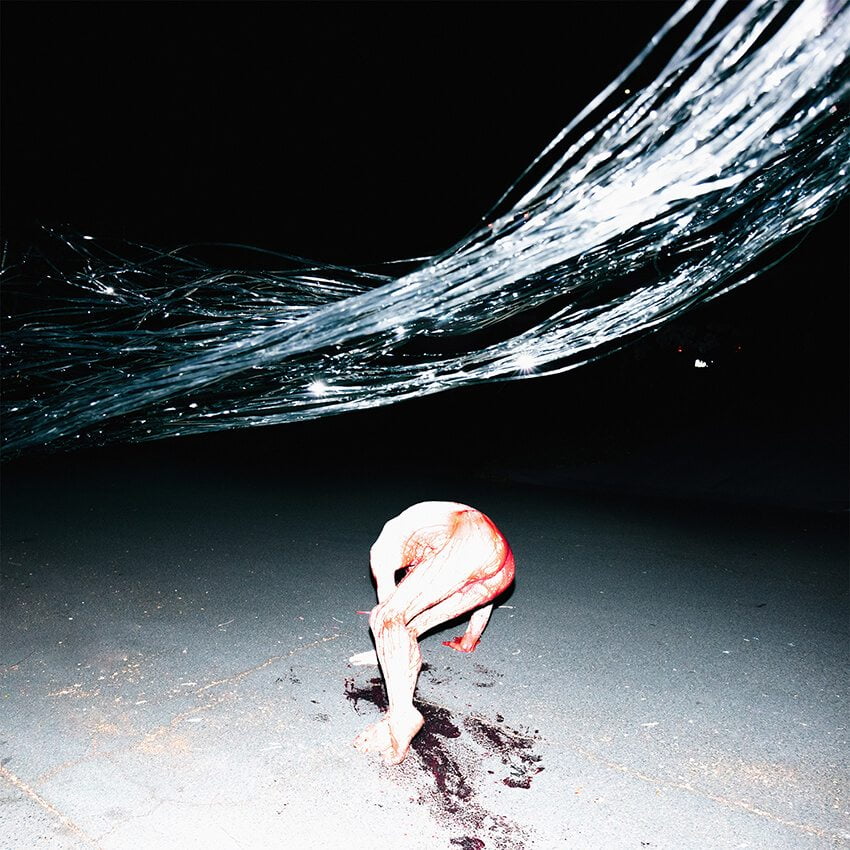 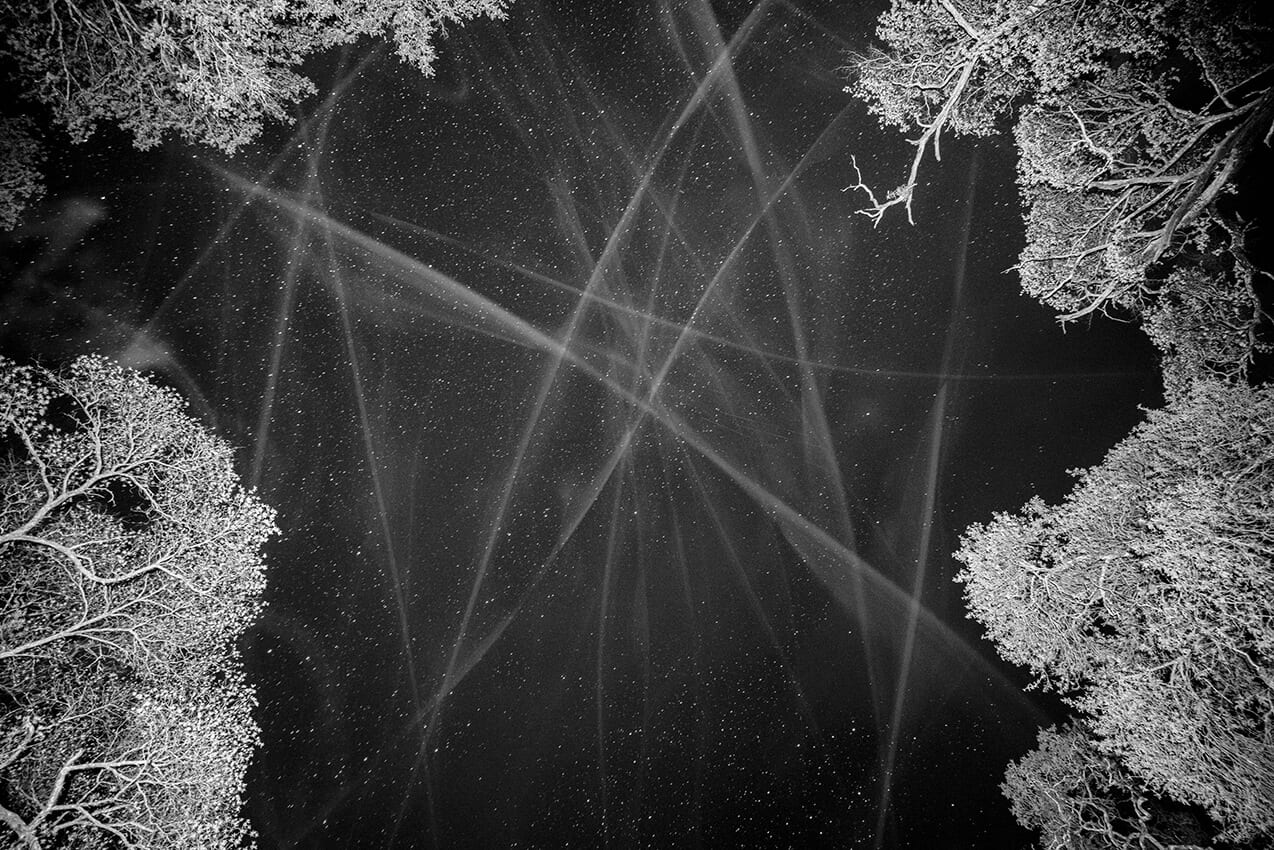 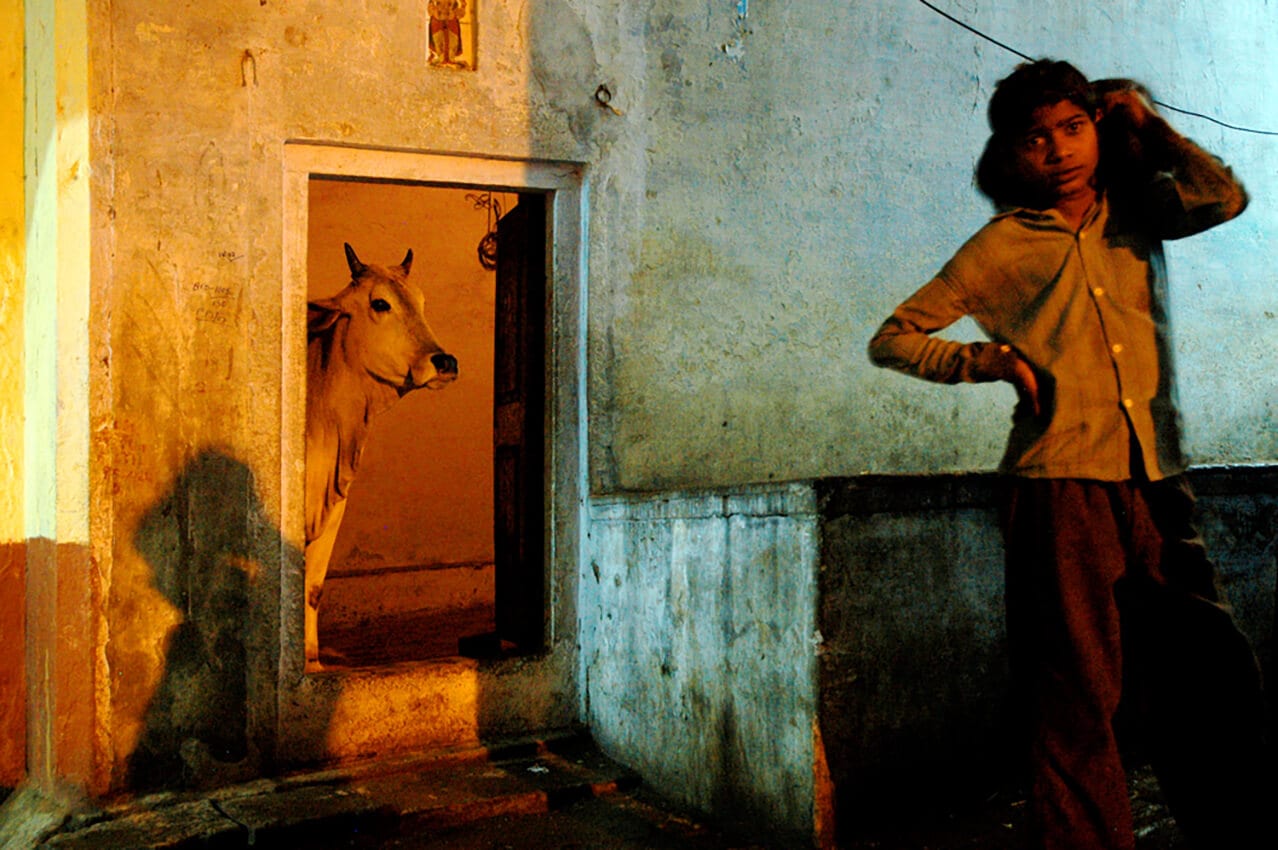 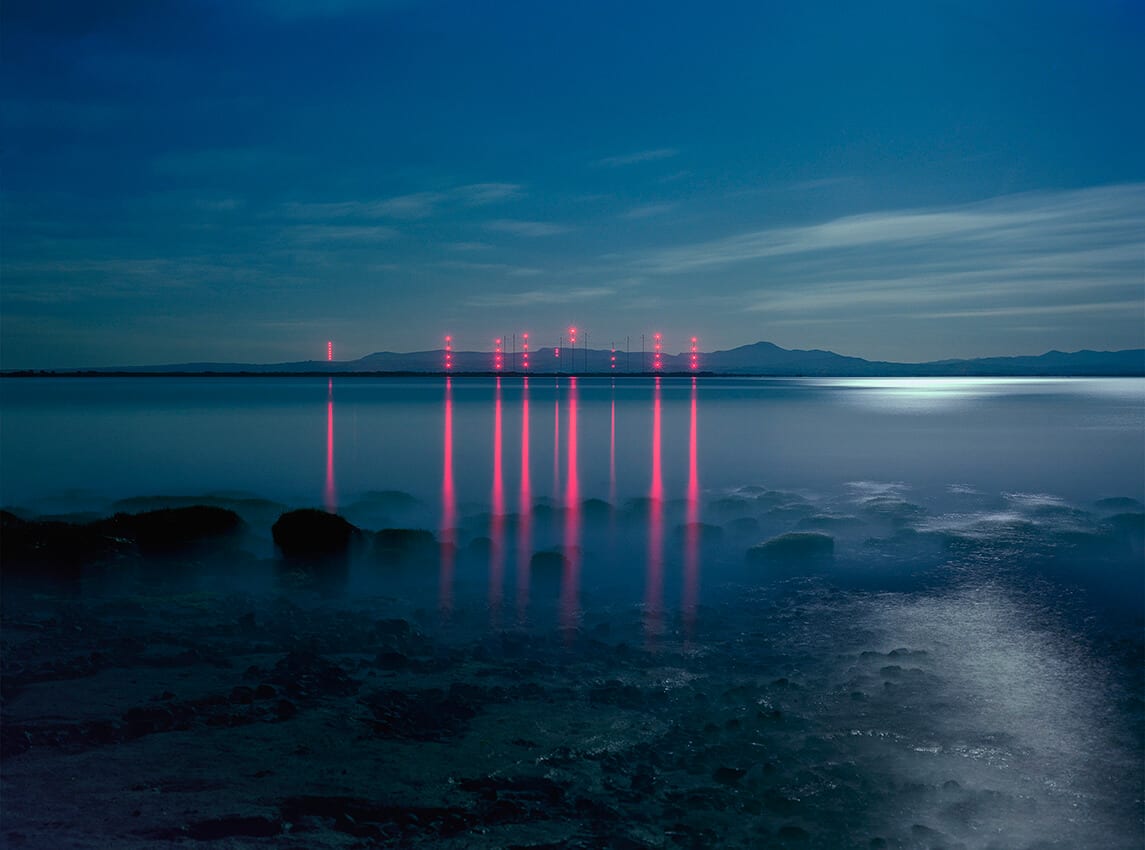 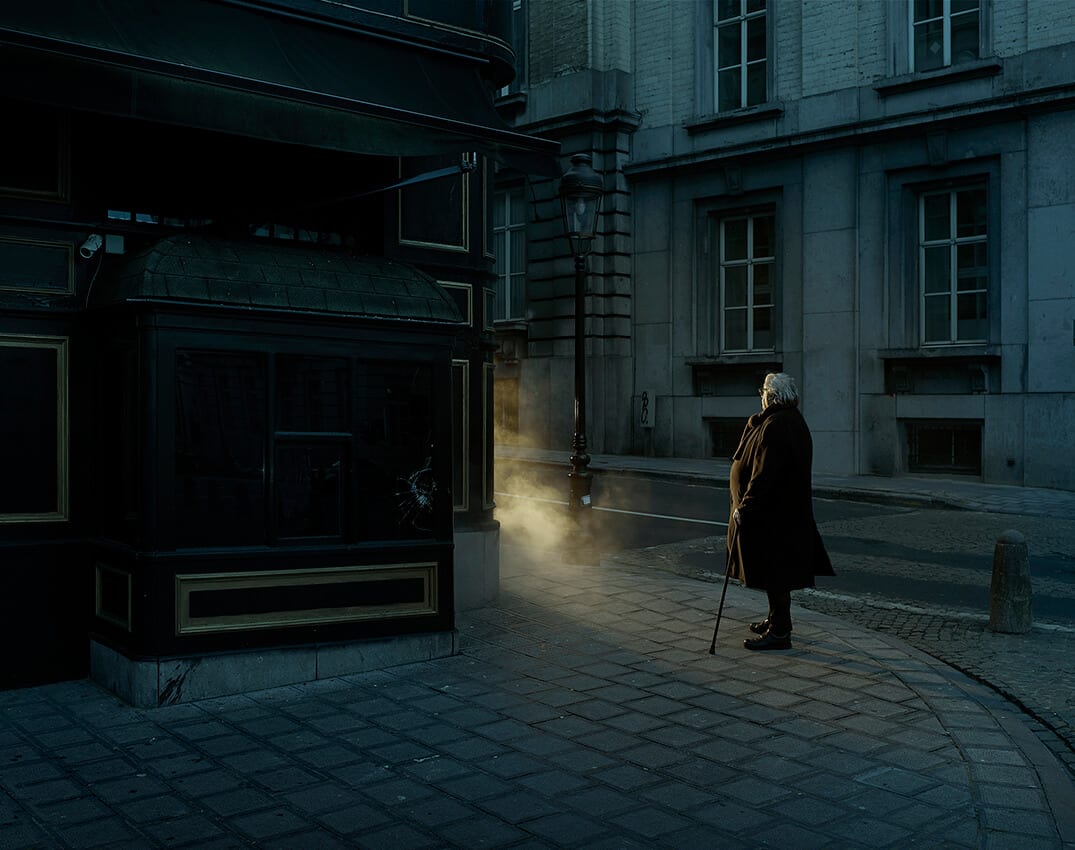 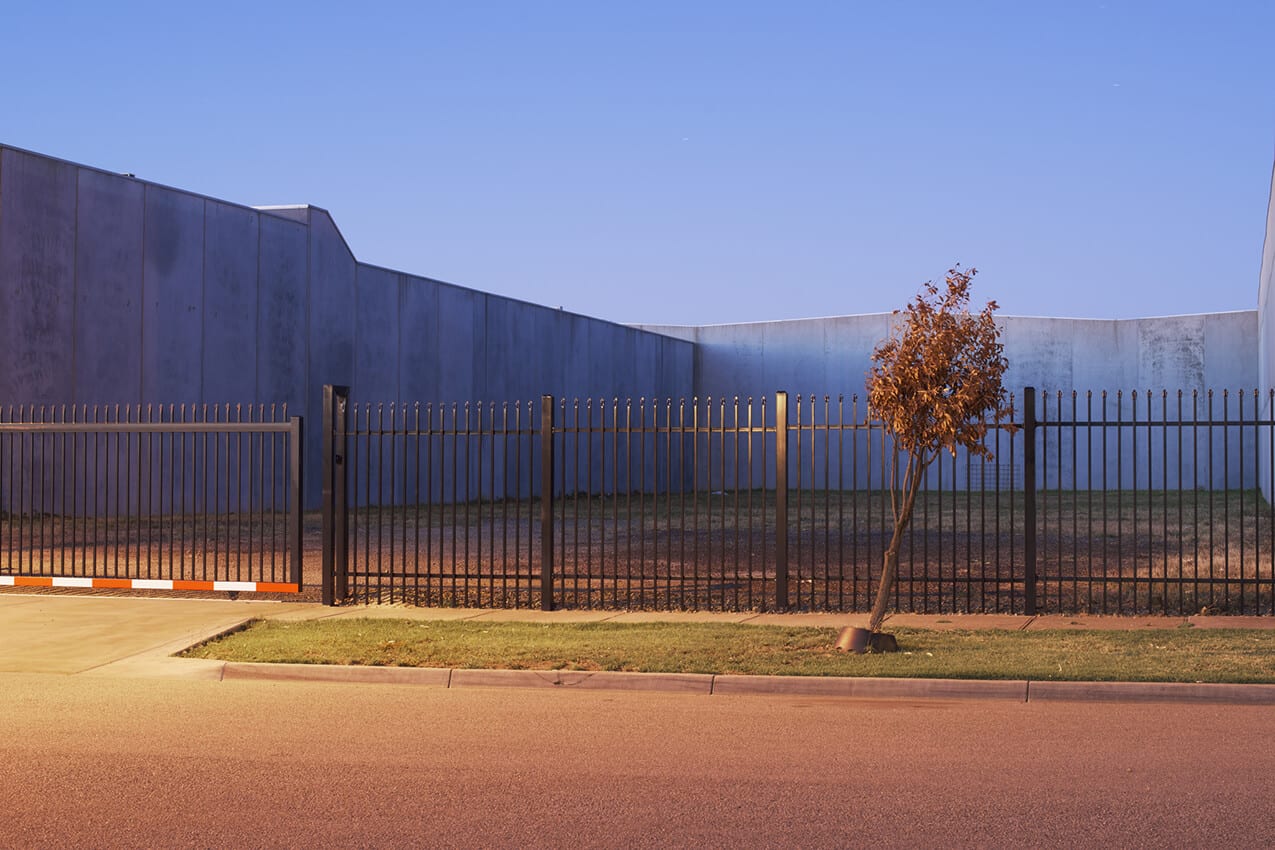 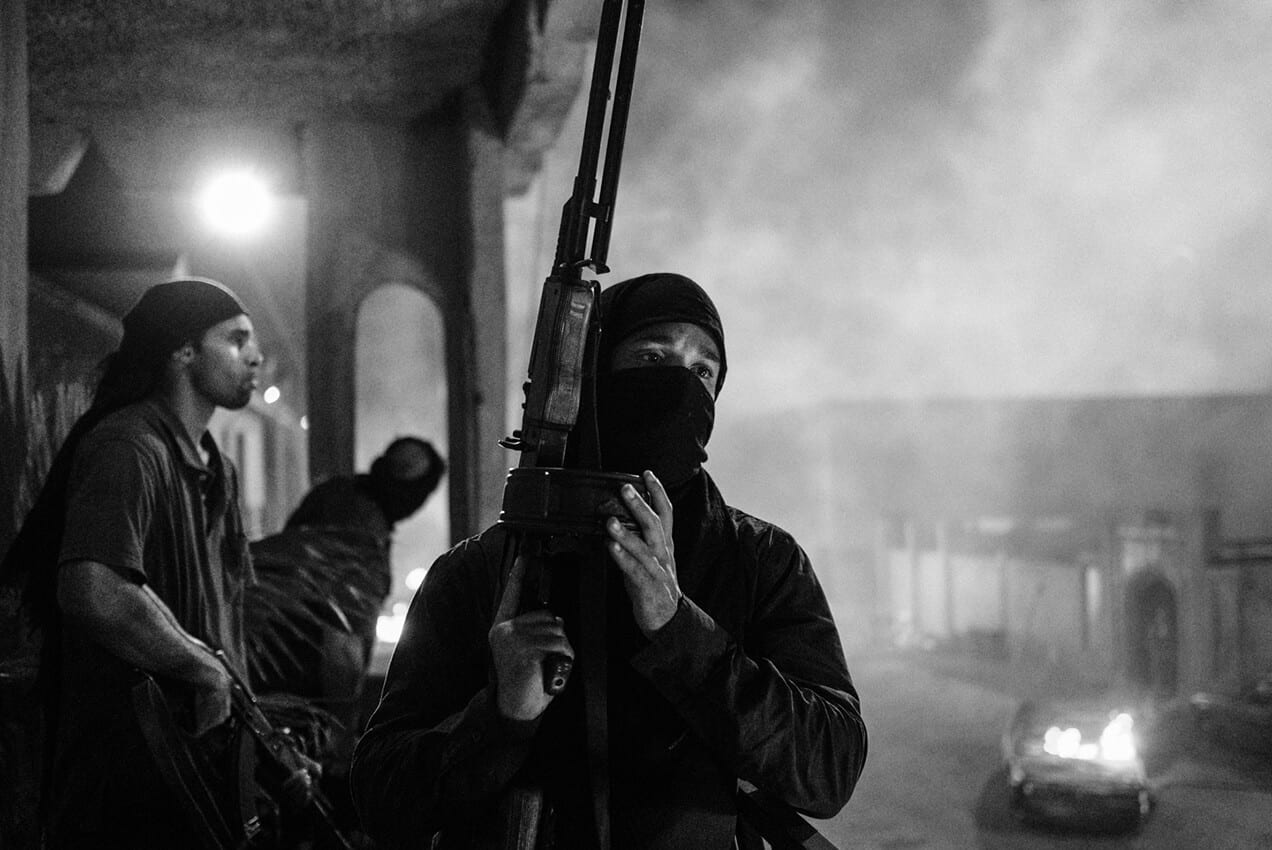 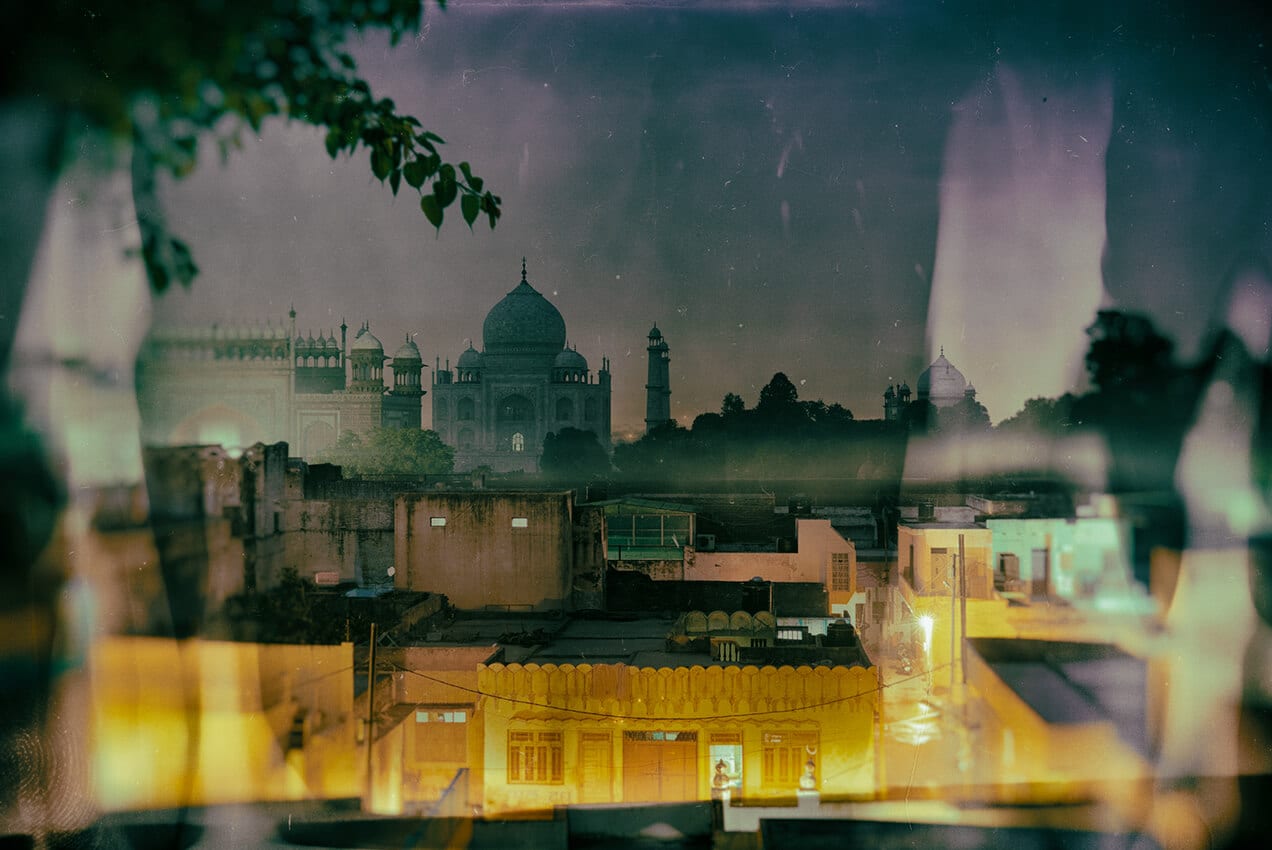 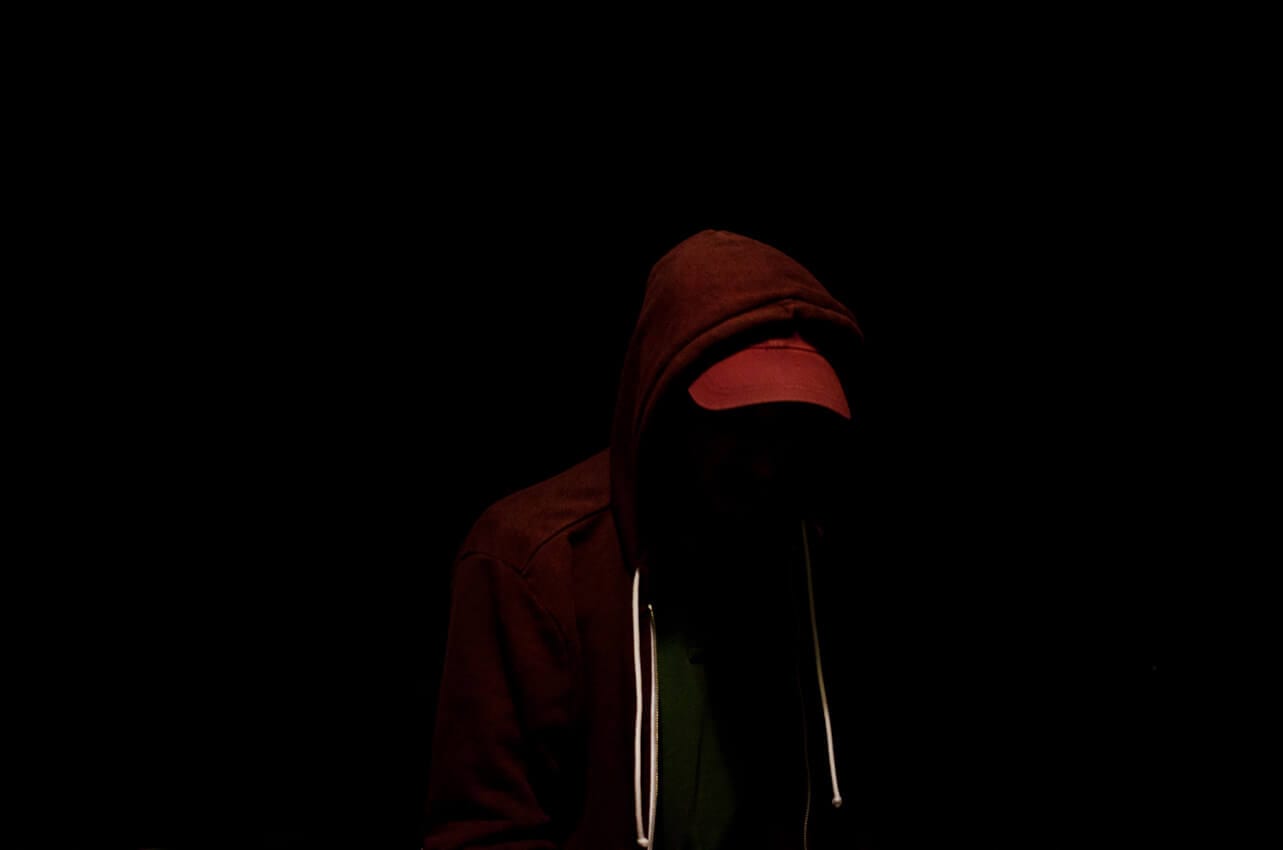 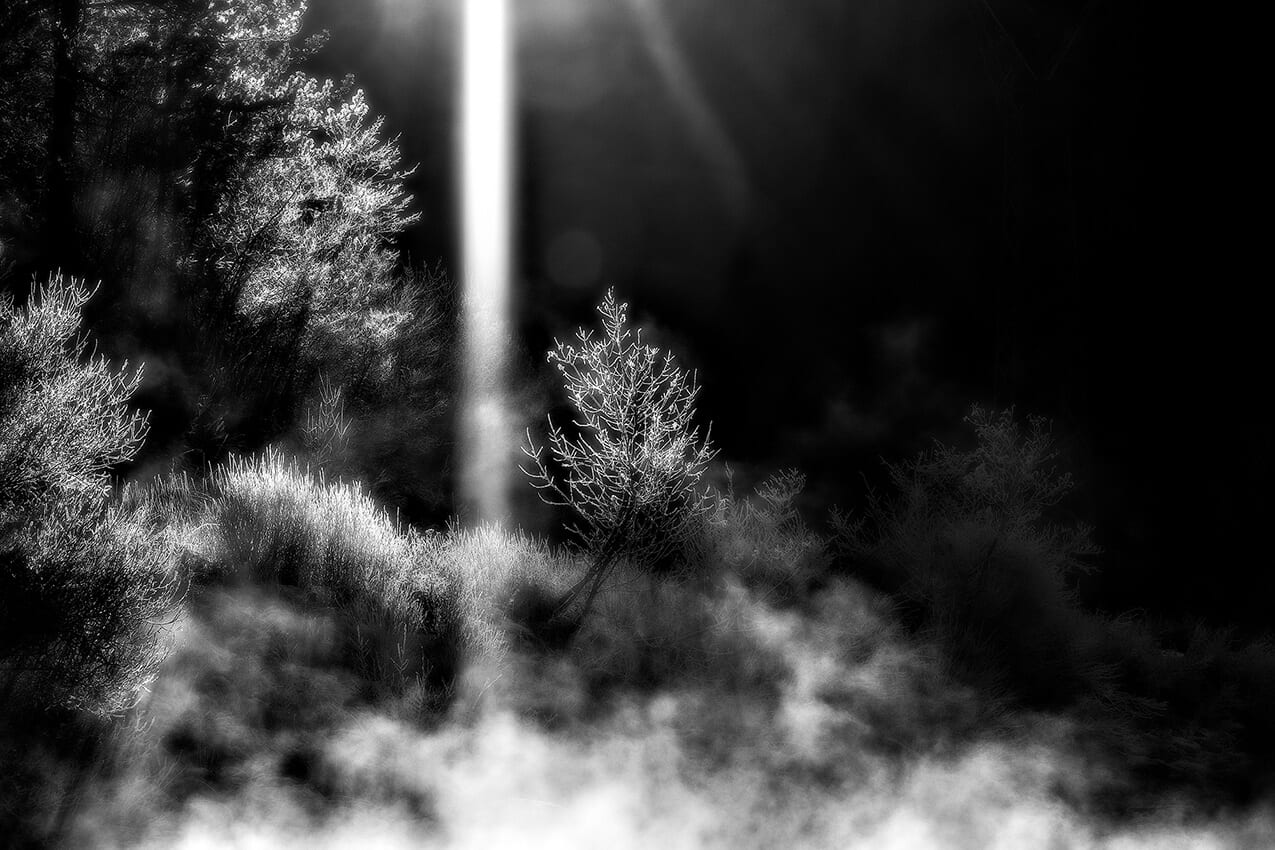 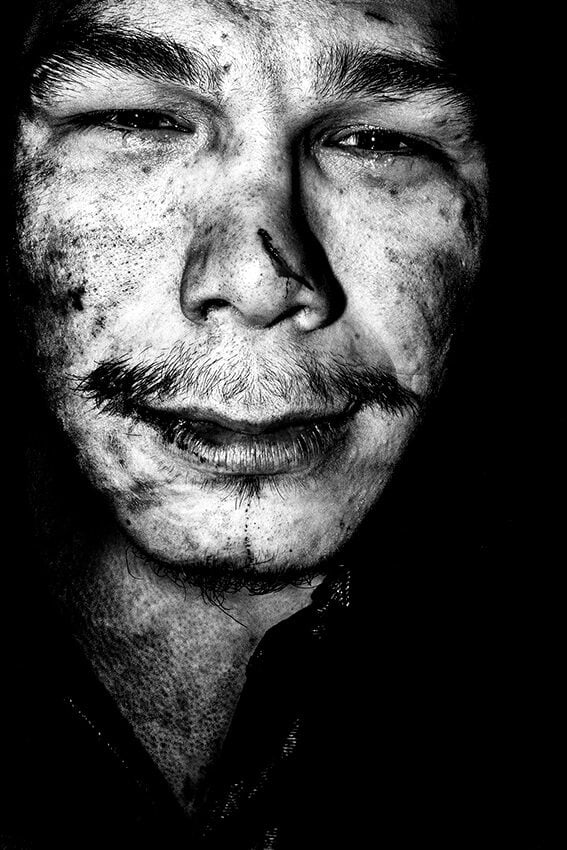 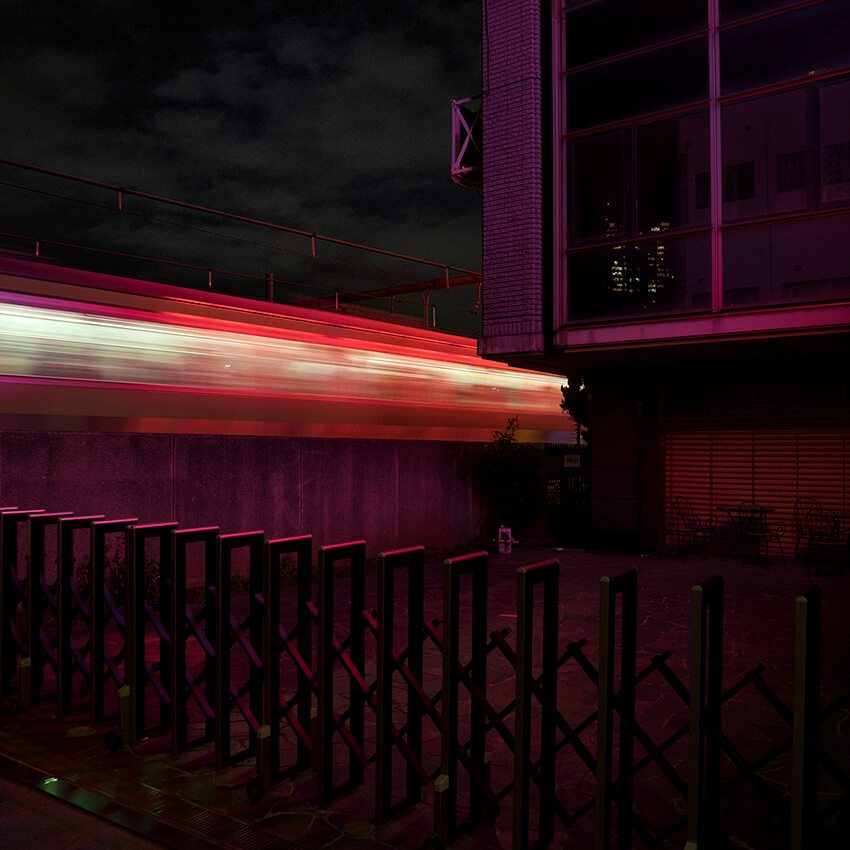 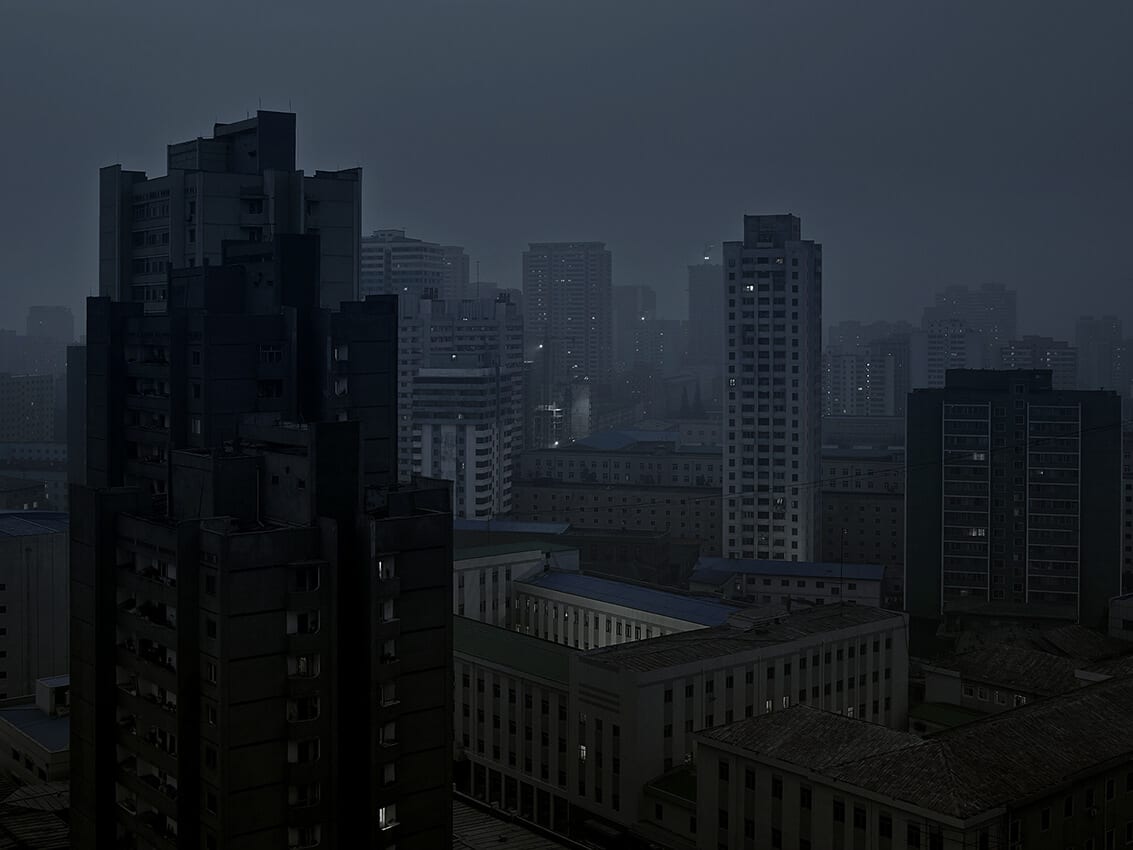 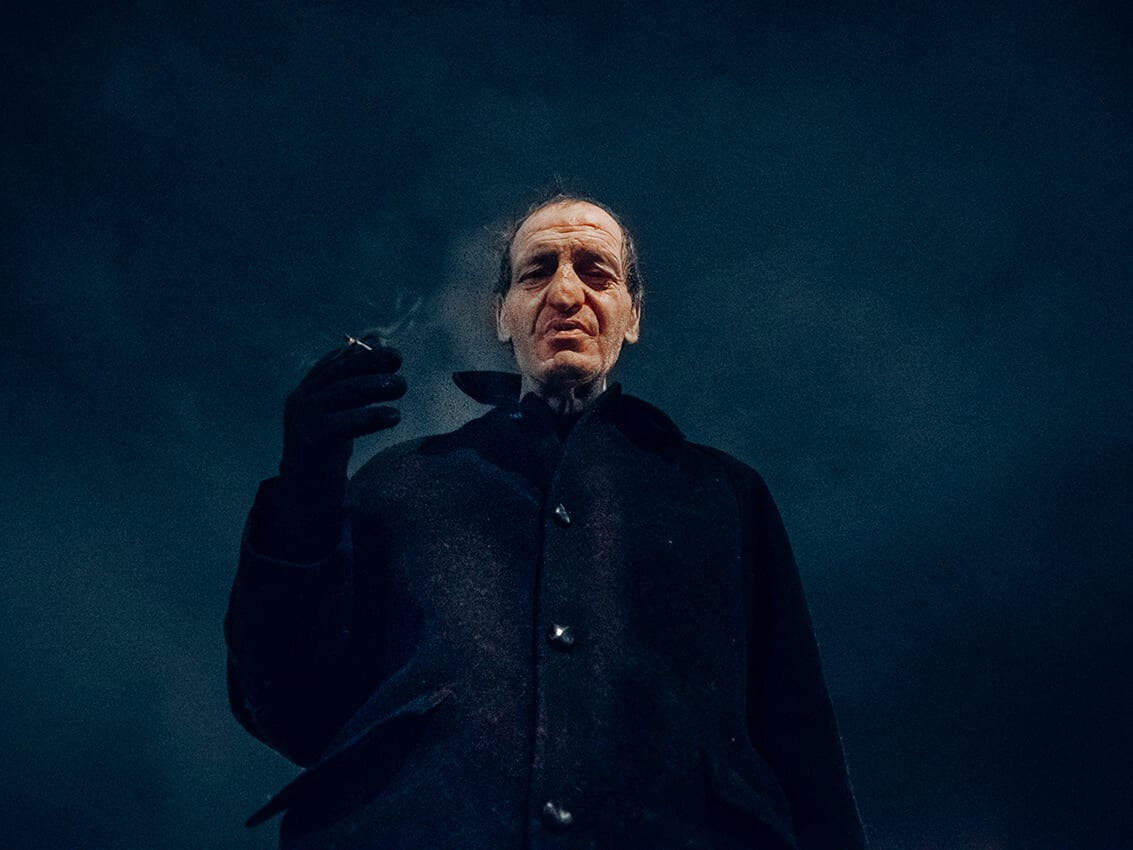 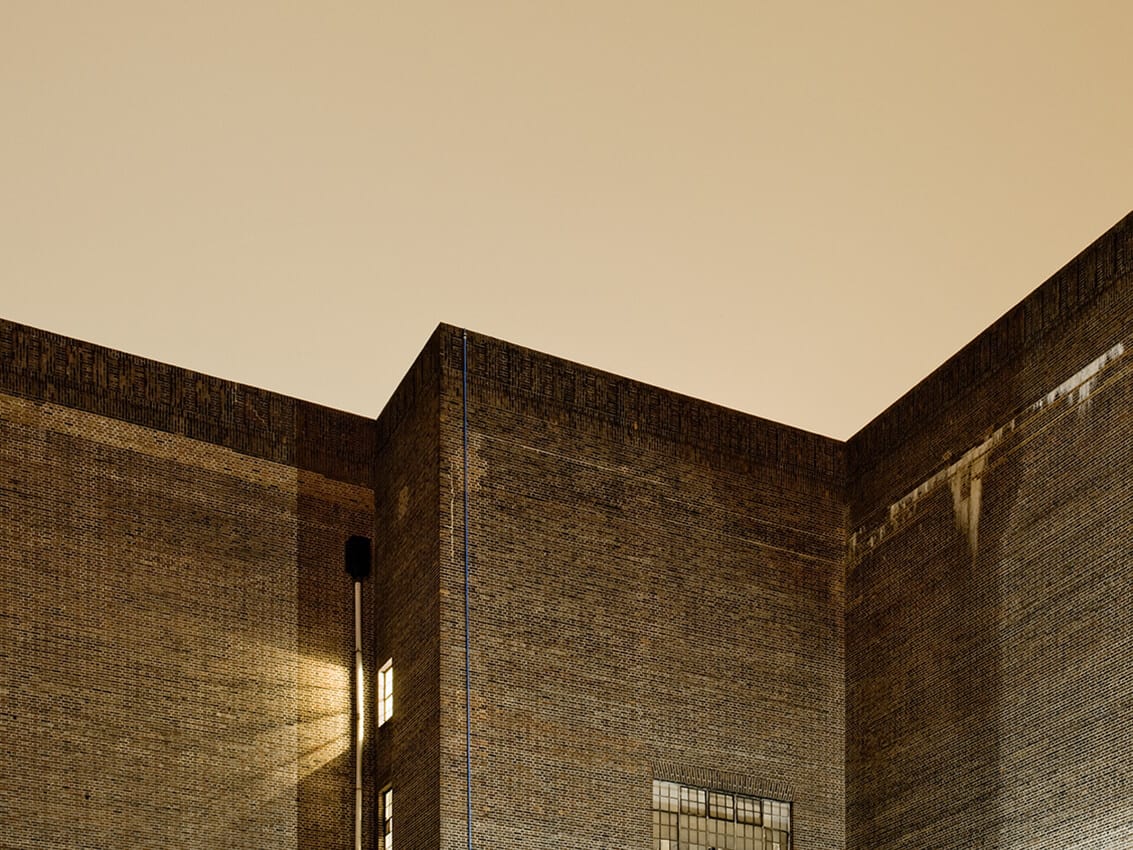 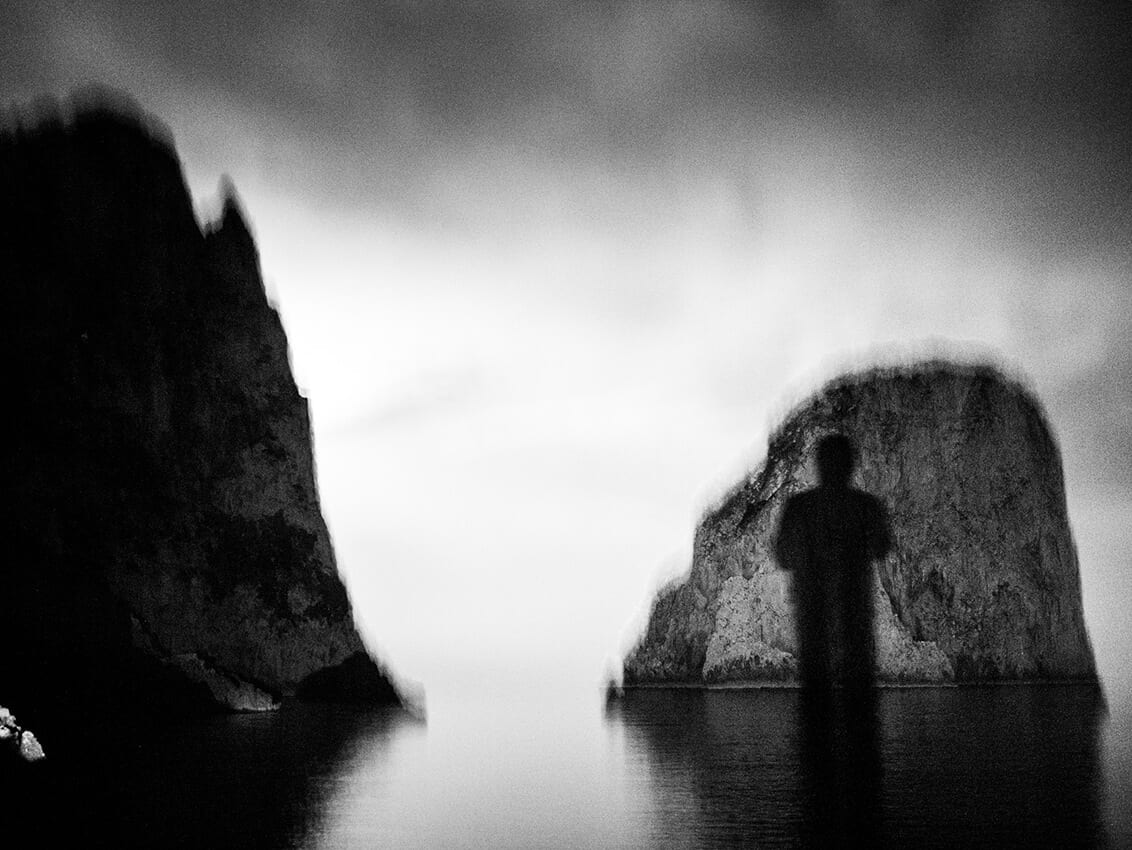 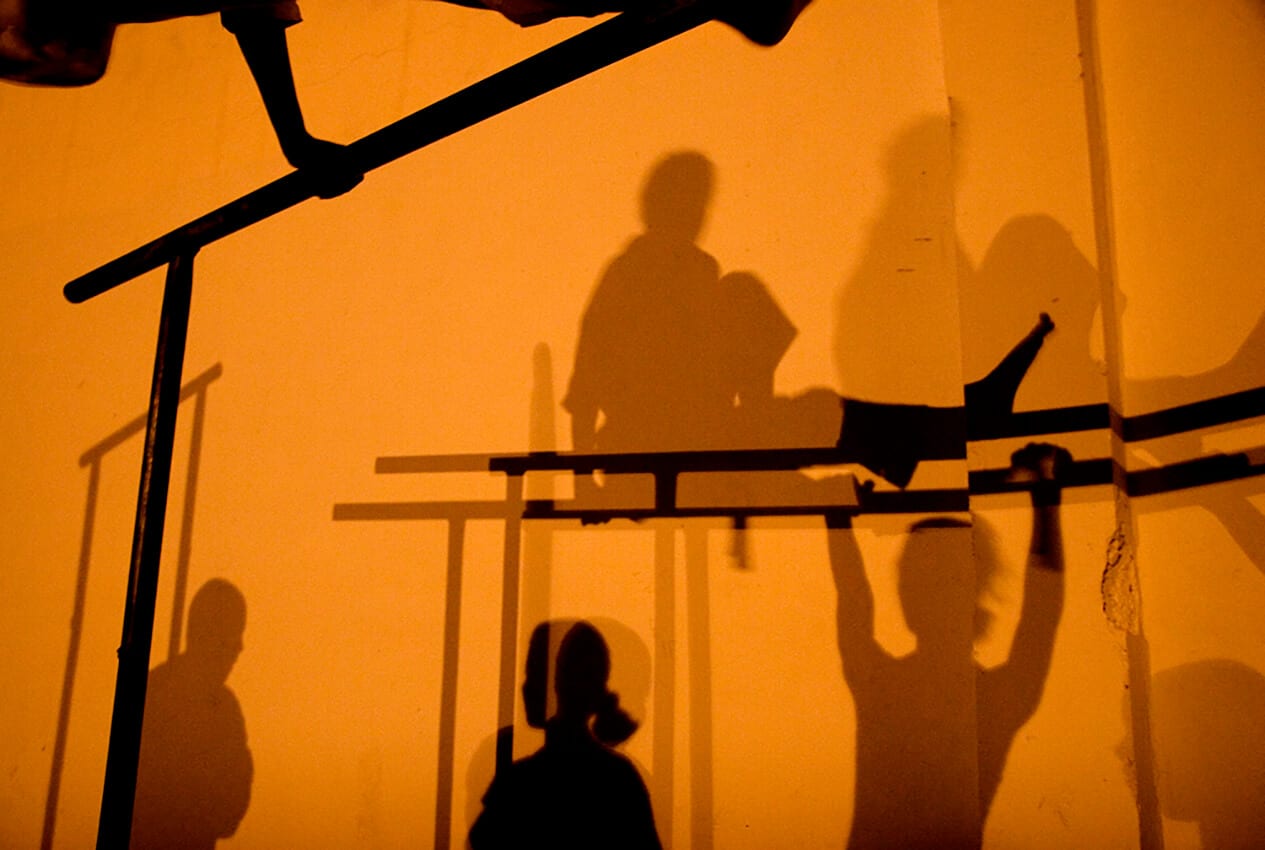 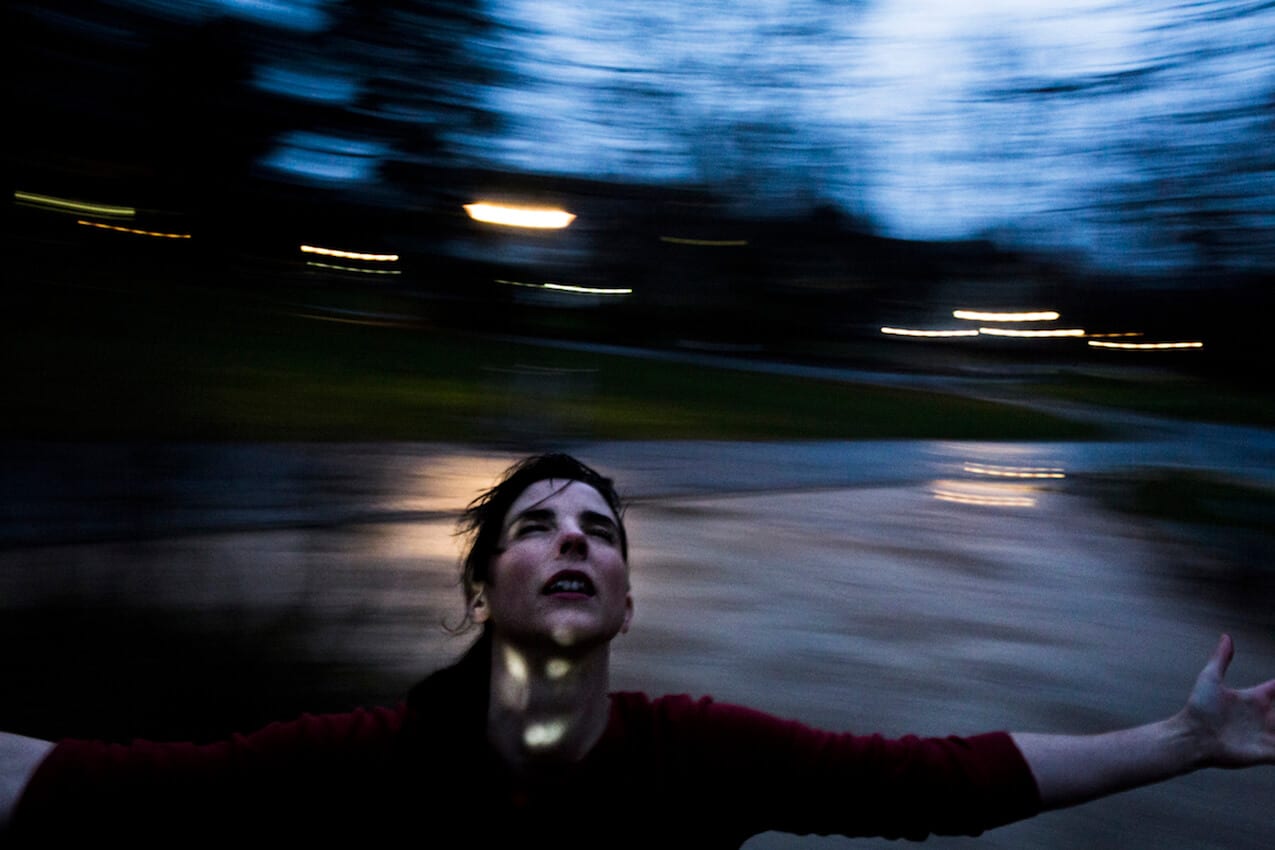 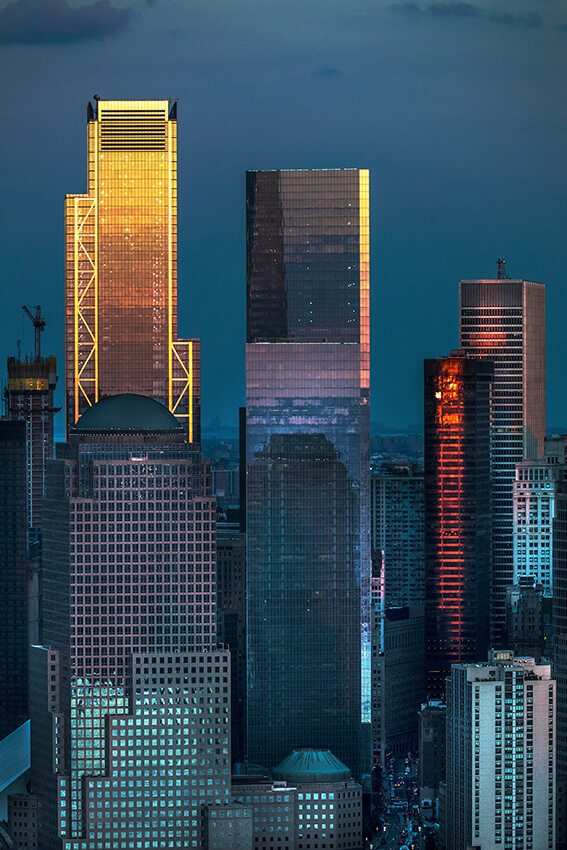 “This stunning (in both senses of the word) image stood out amongst the entries. It best illustrates the theme in a graphic sense and it grabbed our interest, but little information is provided alongside the caption ‘Body Horror: Aliens live in LA’. Therefore our interest and curiosity still remains and we keep imagining, thinking of author’s intention. It’s very mysterious and very effective.” – Yumi and Masaru Goto

“As well as capturing visual beauty, art’s role can be to challenge and provoke – to present a questioning chaos, as well as a visual satisfaction. Joseph’s image is troubling and impenetrable – a vulnerable, bloodied body, glistening silver party streamers, and an empty, dark abyss. The viewer can interpret the circumstances leading up to this themselves. It conjures the worst emotions of the night – fear, horror, violence, distress – and is incredibly powerful for it. I’m repelled by it, and yet there’s a strange magnetism that holds my gaze.” – Life Framer

“I was immediately pulled towards this image. The flash-lit trees encircle and add weight to the frame, centring this gorgeous night sky cut through with light trails. The result is almost hypnotic. My immediate thought, like many others I would assume, was that these swathes of light were vapour trails from passing air traffic. And they are, but at a different scale – streaks of bats flying overhead, catching the insects that emerge after a heavy rain storm in Malawi. It’s a clever visual illusion – highlighting a parallel between the natural and manmade world, and in doing so perhaps emphasising the increasingly large gulf between them.” – Life Framer

“Visually, this is a gorgeous image – the subtle blue and orange tones balance in harmony across the frame, and it’s beautifully composed, with the boy and his shadow framing the central doorway. Varanasi, India is known for its rich palette of colors, and this image does not disappoint. There’s something brilliantly comical in these two characters – the holy cow stood king-like in the doorway, tall and self-assured, while the young boy attends to him, carrying out the last chores of the day with a telling look of weariness in his eyes. It’s an image that combines an evocative beauty with a charm and personality – what more could you want to describe such a magical place?” – Life Framer

“Ada’s confident, creative framing of this woman is alluring and mysterious – is she lost in the ecstasy of dance? Is she locked in the throes of grief? It pulls at both ends of the emotional spectrum; two feelings balanced in harmony but poised to snap. The pink skin, alien and beautiful, is an effective visual treatment – associated as it is with both emotions. Passion and rage at once.” – Life Framer

“This is a stunning image, a delicate and captivating musing on the interactions between man and nature – of the indelible marks we make on our environment. Paul describes the efforts taken to achieve this shot (and the others from his series ‘Moonlight’) – the scouring of coastline for the perfect viewpoint, the monthly wait for the full moon, the three-hour exposures… That meticulousness is palpable, and yet the resulting image has a certain effortless. The long exposure has the effect of cutting through the water in the foreground, and smudging it in the distance. Simultaneously clear and knowable, and vast and incomprehensible. It’s a beautiful, intricate image. A reflection on time passing, on distance and on solitude.” – Life Framer

“This is an exquisite image, expertly crafted in the difficult half-light of early evening. Like masters of the large-scale tableaux such as Gregory Crewdson, it exudes a quiet mystery – a wonder and an anxiety in delicate co-existence. An empty, suburban street is the backdrop to something strange – happening just out of sight, and transfixing this lady. The smashed window hints at something sinister perhaps. It’s a beautifully realised scene, creating something uncanny from the domestic.” – Life Framer

“From his series ‘Progress Park’ – an ode to the geometric ‘landscaping’ of urban business parks – Bill’s image is a powerful musing on the role of nature in today’s society. Whether it’s stoically holding on against the concrete and asphalt, or leaning in defiance against the rigid horizontals of fence posts and walls, this small tree looks incongruous and absurd against the barren, sculpted landscape. By employing a slow enough shutter speed to render the night sky a daytime blue, Bill effectually underlines this strange dichotomy. Nothing is quite as it seems.” – Life Framer

“This is of course a troubling image, but it’s a beautifully realised one, with the central protagonist effectively splitting the image into two – to his right his fellow soldiers, guarded and visibly anxious, and to his left the environment they’re staking, with a car blazing in the smoky haze. The tension is palpable, and no more so than in the central character’s eyes – exhibiting a nervousness and humanity his weapon and mask belies. In this sense it’s a complex image, hinting at the nuances of human emotion, so often lost in such reportage. A black and white image that is anything but.” – Life Framer

“Miles from the traditional postcard view, the Taj Mahal towers in the distance of Michael’s night-time cityscape of Agra, but it’s the city in front, glowing with oranges, pinks and blues that holds your attention, quiet but alive. Michael’s viewpoint seems voyeuristic – a stolen glance from a distant vantage point. Swathed in layers of reflection and film imperfection, it’s rich and evocative – the visual treatment emphasising both a new place to discover, and a lonely detachment from it.” – Life Framer

“Obscured by thick shadow, this youth holds center frame, creating something tense and menacing. Or is it? I think of threat and apprehension, but I also think of the trials of adolescence, misunderstood and searching for a place in a new world. Giorgos’ deft composition plays with this idea – provoking us to apply our own biases. An ode to the faceless perhaps, however that’s interpreted.” – Life Framer

“Channelling science-fiction motifs, this is an image simple in appearance but no doubt complex in execution. A beam of light pierces the night sky, disrupting an otherwise tranquil scene with a burning white light, bringing to mind Close Encounters of the Third Kind, The Twilight Zone… Stefano expertly balances piercing white with limitless black, creating something that resonates on a primal level. At night, all may not be what it seems.” – Life Framer

“There’s no backstory here, no environmental context to grasp onto. Just an up-close composition, and a penetrating gaze. Cuts, bruises and blotches. It’s intense and intimate, an assured, forceful portrait. His story is unknowable, but it’s clear that this is a man that lives in the night. His expression has a kindness at odds with the ferocity of the cuts and the white-hot flash. Like many good images, its success is a product of such a dichotomy.” – Life Framer

“Verl’s image, which he describes as a product of many nights wondering through Tokyo as a foreigner, is expertly framed and weighted, and dripping with a noir ambience. The passing blur of the train accentuates its surroundings with a glow, painting its surfaces in pink and purple. It’s simultaneously still and alive with motion, quiet and loud. It’s a wonderful depiction of that feeling of isolation – in a new place, operating at a different pace to one’s surroundings. An expression of that strange urban phenomenon, of feeling loneliness in the most densely populated places in the world.” – Life Framer

“This image is meticulously executed – a sprawling, lifeless urban canvas, towering and cloaked in blues and greys, punctuated by the smallest signs of life; pin-prick windows against the thick sky. It plays on themes of modern alienation, of loss of social connection. The image is in fact from a project about North Korea – Eddo received unprecedented access to photography Pyongyang – and that both strengthens these ideas of isolation, and adds a layer of understanding. Where other cities would glow with light after nightfall, North Korea’s electricity problems cloak its capital in darkness. It’s a stunning, absorbing image.” – Life Framer

“Like the climactic frame from a neo-noir thriller, Simone’s cinematic shot is ominous and electrifying. His viewpoint causes the protagonist – powerful and enigmatic – to tower over the frame, brightly lit against a deep blue night that could envelop the scene. Is Simone describing something foreboding, or paying his respects, flipping the normal perspective on the browbeaten and downtrodden? It’s ripe with a mysterious atmosphere.” – Life Framer

“There’s something peculiar in Marcus’ image – the peachy, monochromatic sky, the angled walls that seem to jut off out of right angle with one another, and the bright light emanating from this small, inconspicuous window, almost lost in the vast expanse of brickwork. It has a sort of graphic quality to it, sparse and minimal – the architecture boiled down to its fundamental elements, and something unknowable happening inside.” – Life Framer

“Davide’s image is dark and introspective, an image on the edge – of understanding? Of rationality? Of madness? Of the world? The foreboding shadow projected onto the rocky outcrop is him in one sense, but also what might await as we head towards this new land. It evokes adventure and trepidation, and it is both timeless and placeless. Davide uses the limitations of his equipment at night to dramatic and menacing effect.” – Life Framer

“Capturing these night-time projections, shadows of children at play in an urban playground, Oscar’s image is a product of adroit observation and constraint. Rather than photographing the children themselves, he simplifies the scene, creating a visual order in the block silhouettes and tones. The result is something evocative – you can feel the movement, hear the giddy laughter – rather than prescriptive, and it’s very effective.” – Life Framer

“I feel like this image captures a wild energy – a youthful abandon. The weightless feeling of an endless night. Matthieu frames our protagonist at the centre of the image, as he is at the centre of the narrative, his background blurring in the way it will bend to his whims and desires. It’s spontaneous photography, driven by feel rather than precision, by a total presence in the moment. It’s infectious.” – Life Framer

“We so often see images of cityscapes and skylines that they can lose their shine – what should be awe-inspiring becomes humdrum. I for one often prefer this type of photography when there are no famous landmarks – it forces the photographer to create a spectacular image, rather than just an ordinary image of spectacular buildings. I think Ryan absolutely achieves this. His composition effectively emphasizes the scale of the scene – the cars and people almost lost in the bottom-right of the frame, reminding us of the vastness of the spaces we create and inhabit. It’s in one sense a simple image, but the precise composition and gorgeous color palette affected by the setting sun add up to something quite special.” – Life Framer