5 Lessons Bruce Gilden can teach you about Street Photography

Bruce Gilden is one of the most influential, and perhaps most misunderstood street photographers of our time. His prolific career started in the 1960s and he’s barely put a camera down since – carving out an instantly recognisable style. Armed with a flashgun in one hand and his camera in the other, his images of the residents of New York (and beyond) are impulsive, forceful and most often unsolicited, but they capture the energy, chaos and idiosyncrasies of our urban environment like no other.

The following article is an abridged version of ‘5 Lessons Bruce Gilden Has Taught Me About Street Photography’, originally written by Eric Kim. Eric is a practicing street photographer and teacher, and serial blogger. His writings give unprecedented insight into street photography in its broadest sense, and we highly recommend you immerse yourself in them.

1. SHOOT WHO YOU ARE

What I love most about Gilden is that he is faithful to who he is as a human being in terms of his photography. He doesn’t bullshit around and pretend to be someone he isn’t. Rather, he photographs as he puts it… “who I am.”

For example, everyone tries to imitate the work of Henri Cartier-Bresson. HCB was a shy, introverted man who didn’t like to have his own face photographed. The way in which he shot was reflective of his personality. Gilden is quite possibly the polar opposite of Henri Cartier-Bresson. Gilden is extremely personable and social. He shoots a lot of his work candid, but he also spends a lot of effort interacting and communicating with his subjects.

In a video of him shooting in the UK, there is a woman who gets visibly upset for him photographing her. He then explains why he photographed her and why he found her beautiful in her unique way– and then turned the streets into her own personal walkway. It was quite possibly one of the most charming things I’ve ever seen a photographer do.

He has a strong and aggressive personality, and shoots at an extremely close range with a 28mm and a flash. He doesn’t do it simply to scare people, but he uses it in an artistic way, angling his flash to highlight the human drama and theatre. He does this to highlight the anxiety of his subjects in the city in which he is photographing in.

Most people who don’t know much about Gilden think of him as a madman who likes to provoke and scare random strangers in New York City.

I feel that Gilden’s best book is “Haiti.” I remember when I first saw the book, I was quite shocked to see the depth, emotion, as well as the socio-political themes that run through the book. Across the course of around 19 trips between 1984 and 1995 he got to know the people of Haiti, building their trust over time.

Overall the book left me with a very strong impression – the emotion and humanity from the people of Haiti shot from a close proximity. You can see that to get the shots that Gilden got, he truly embedded himself into their society. He didn’t just visit as a foreign photojournalist, snap photos of the destruction, and leave. He spent time getting to know the Haiti people and documenting their everyday lives – and as a result the viewer feels like a part of the society there. 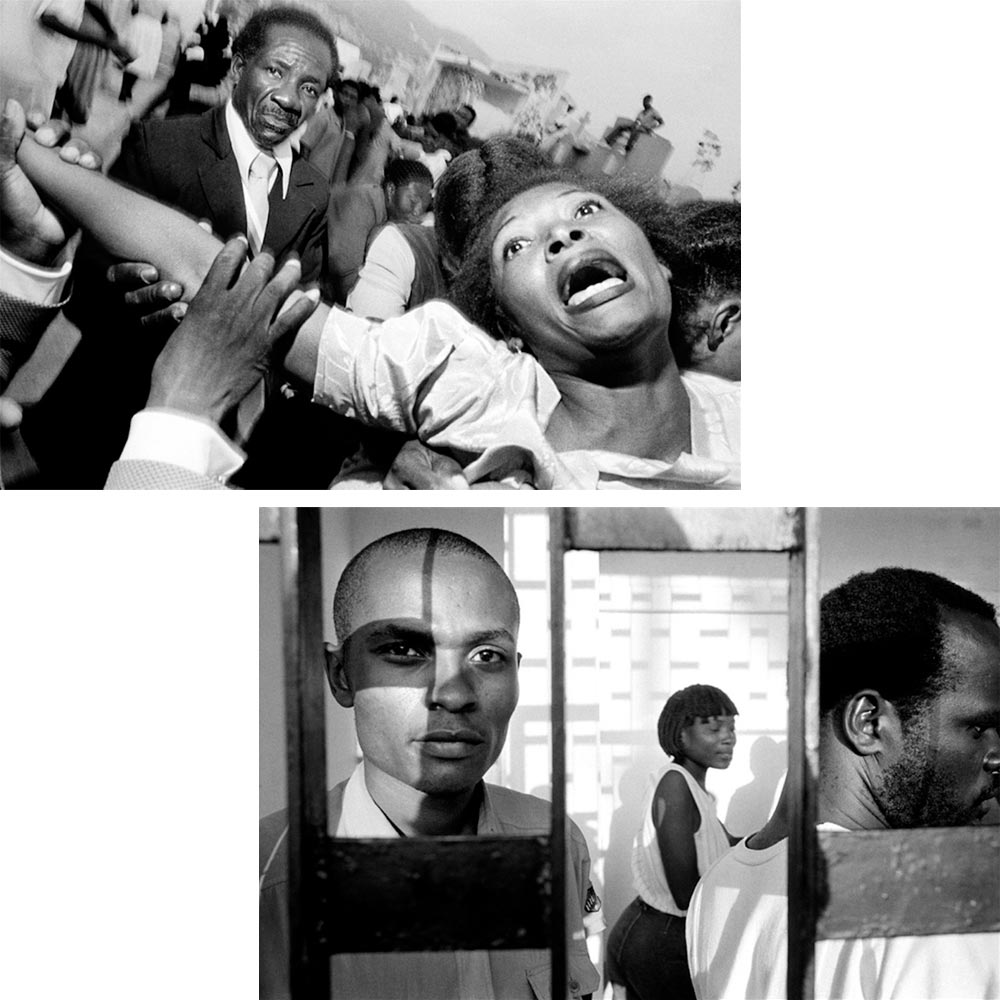 I feel that whenever one sees the work of Gilden– what they immediately feel is the energy, rush, and adrenaline of his photos. I feel that part of this has to do with his use of the 28mm lens, flash, and close proximity– but also due to his unconventional compositions.

For example, many of his photos are taken from extremely low angles, making his subjects look larger than they really are. He often cuts off subjects in odd places in the frame (for example only showing half of someone’s face), while still filling the frame.

Gilden has been shooting on the streets for over 40 years, and yet still strives to innovate through his work. Not just putting his subjects directly in the middle of the frame is central to this. 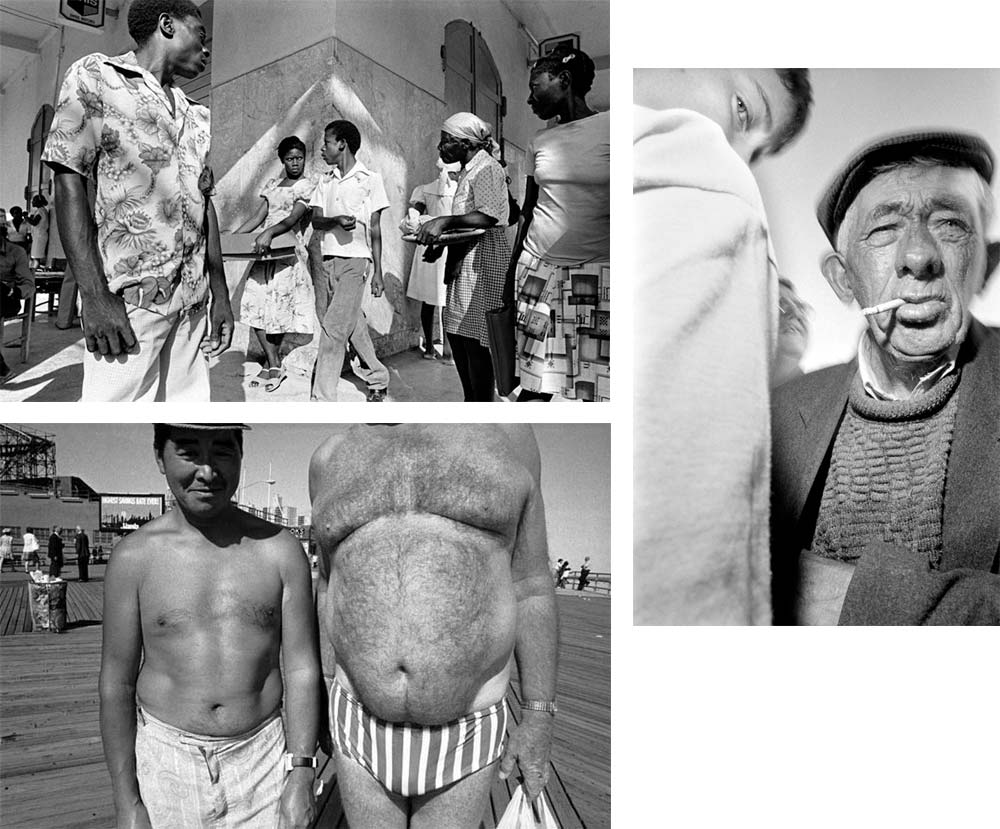 I think the best street photographs are the ones that ask more questions than offer answers. I feel that Gilden’s work does this extremely well.

For example, I think Gilden’s most memorable photos are the ones that have that air of mystery in them. One of my favorite shots of Gilden is of two Yakuza gangsters smoking in Tokyo. One of the gangsters is lighting the cigarette for another who is looking straight into the eye of Gilden (as if he was caught at a wrong moment).

An equally puzzling image is of a man lying on the ground, looking as if he has jet-black blood pouring from his head. In reality, he’s just getting his hair dyed, but that initial gut reaction makes the image. 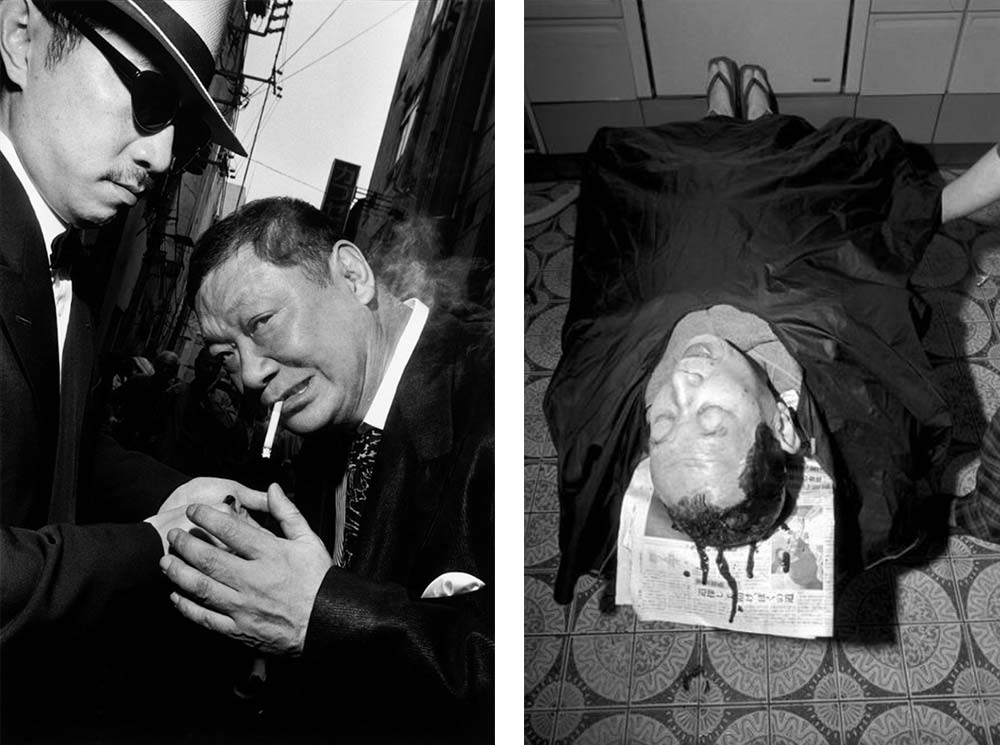